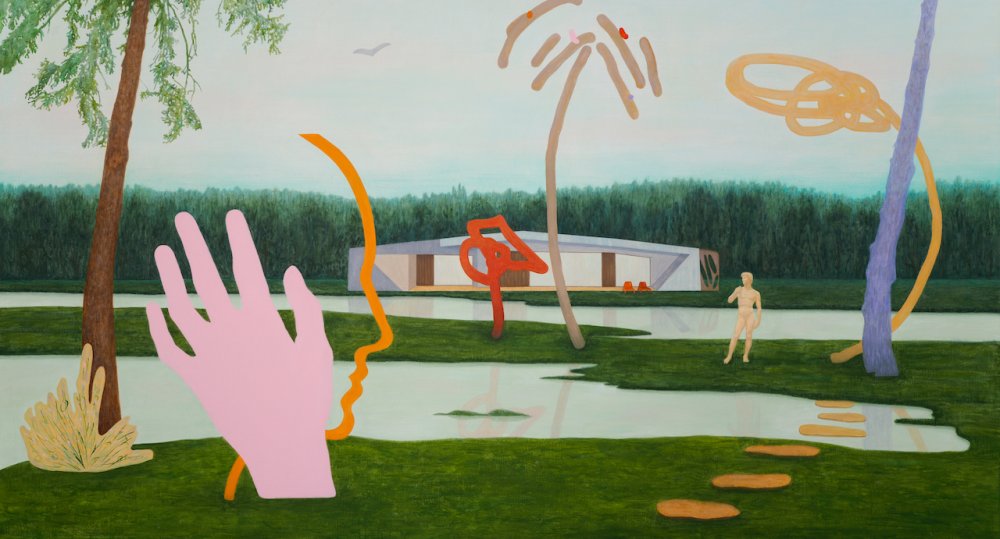 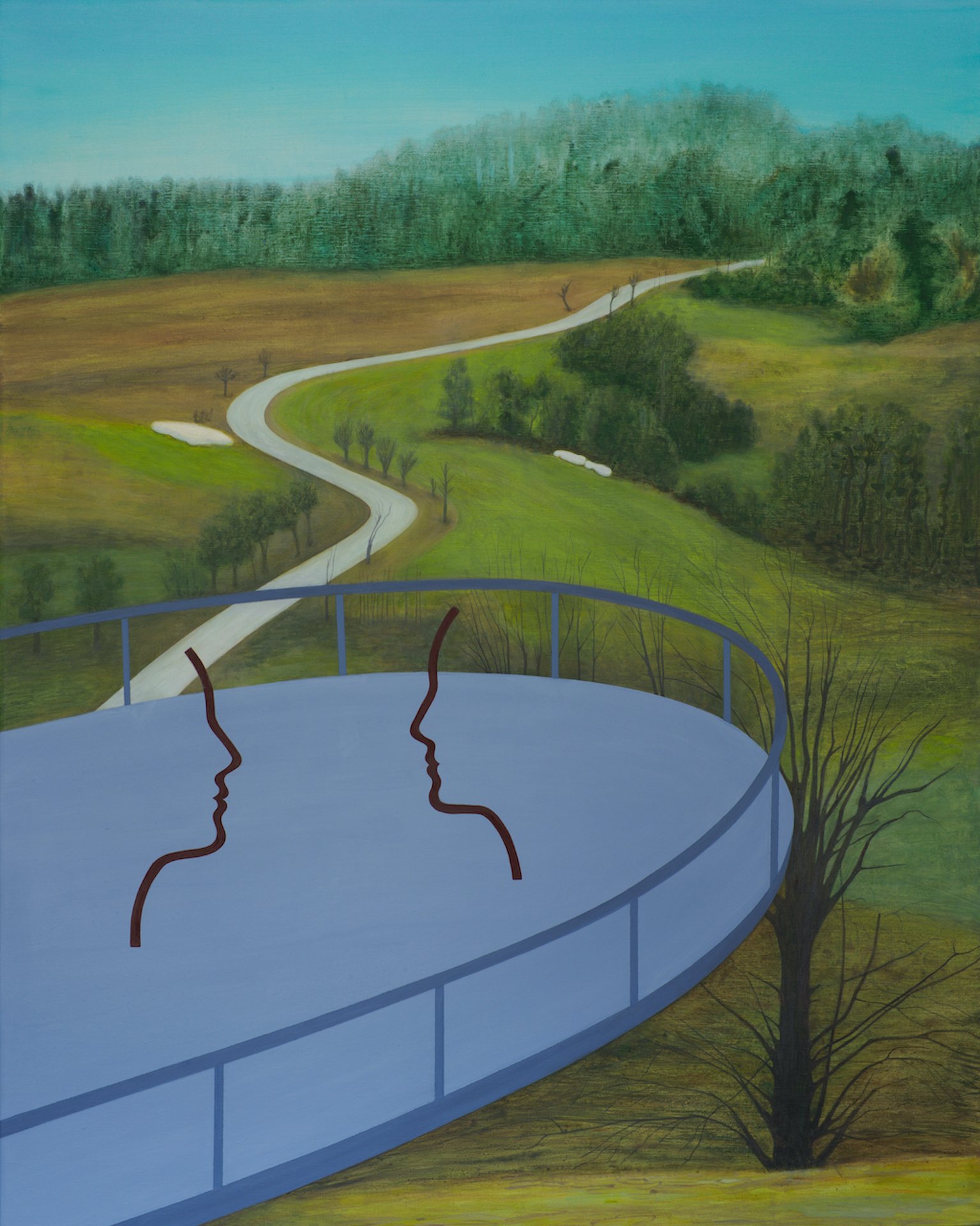 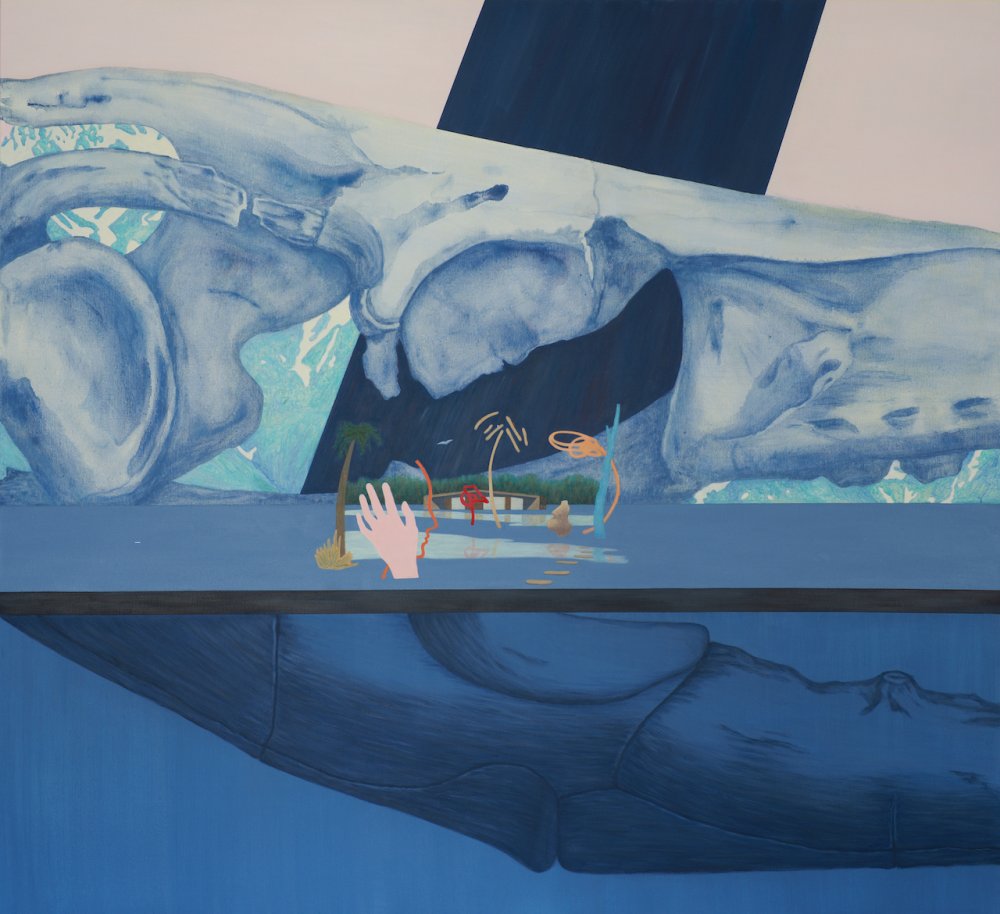 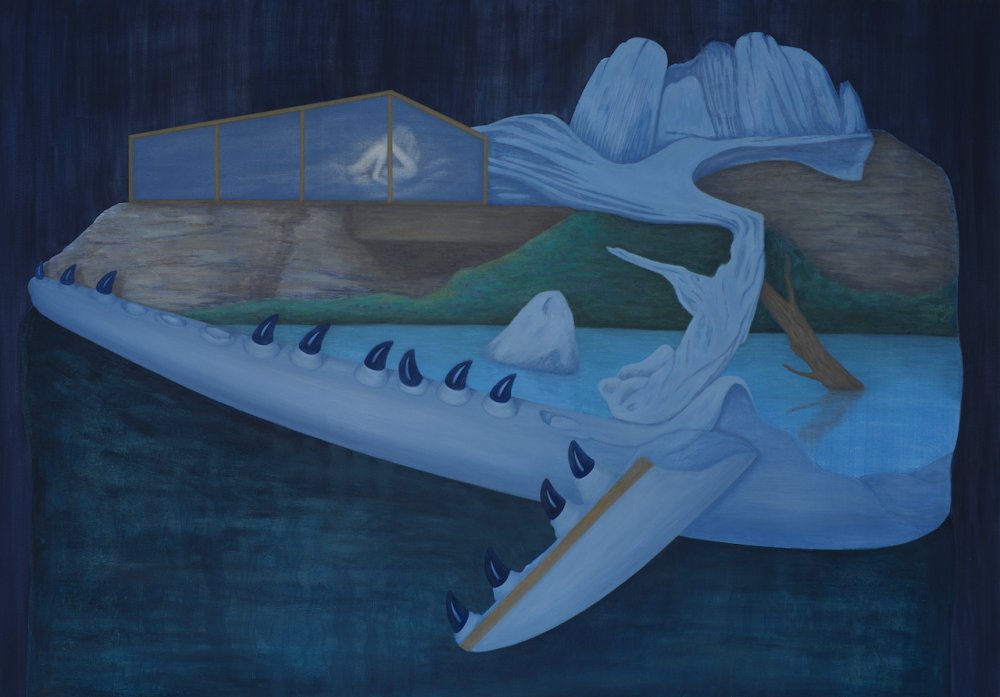 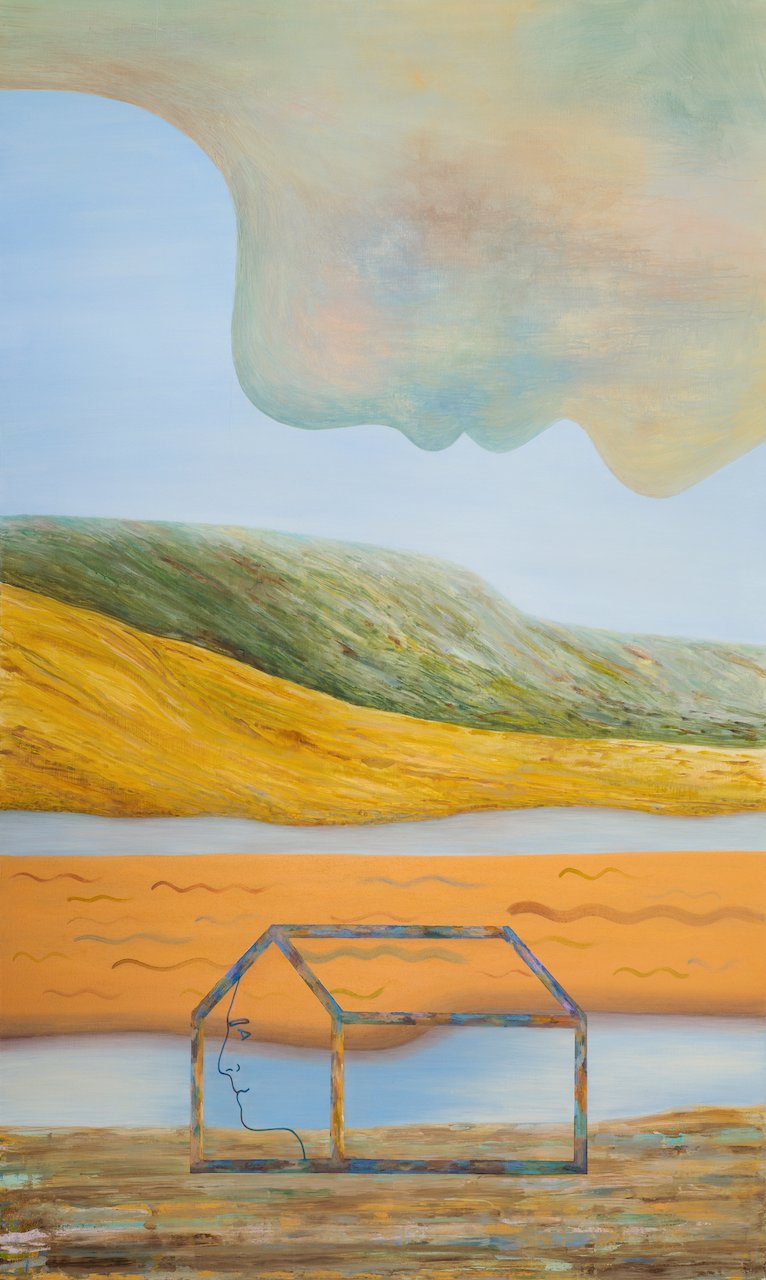 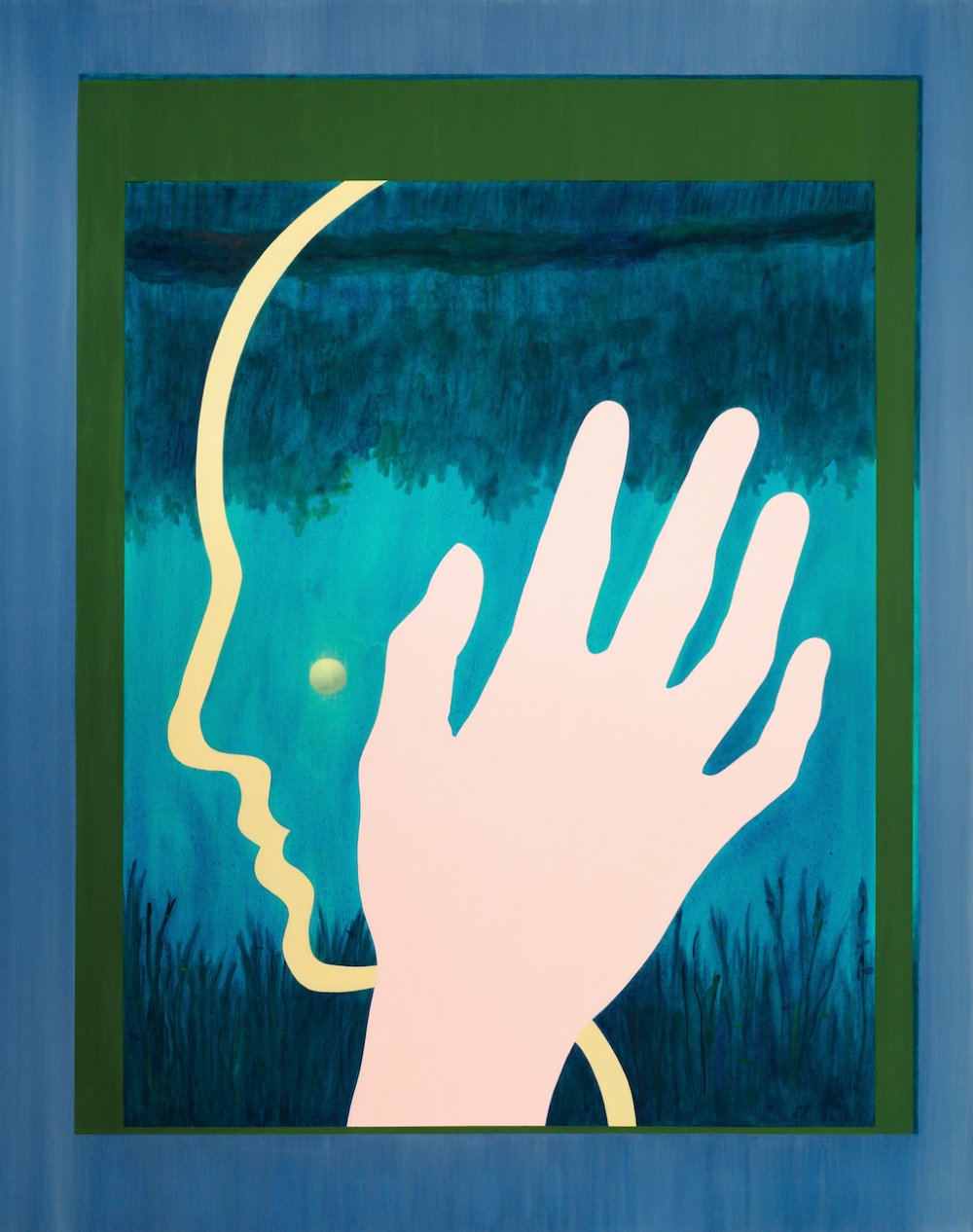 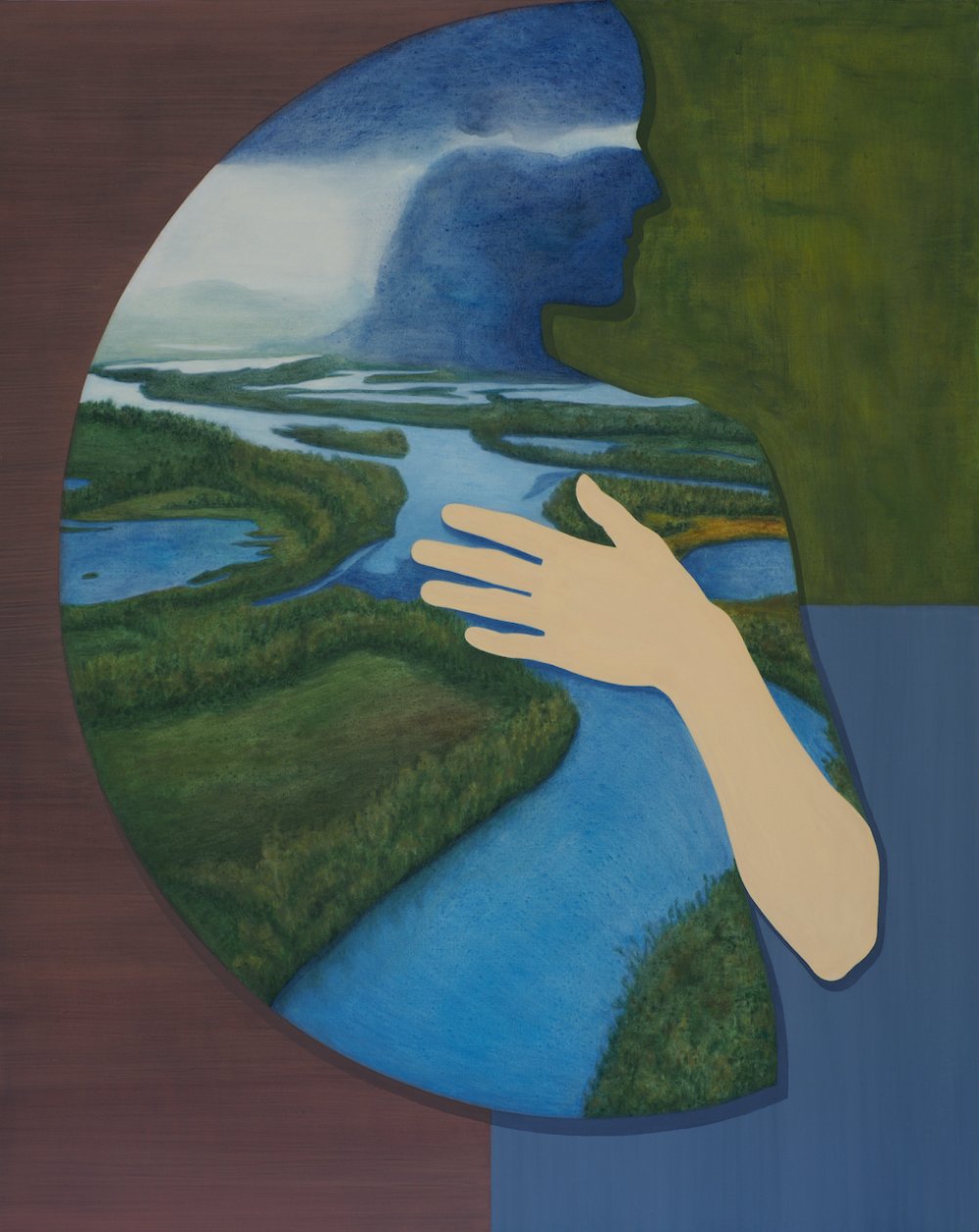 Codruța Cernea
We Are Nature, 2020 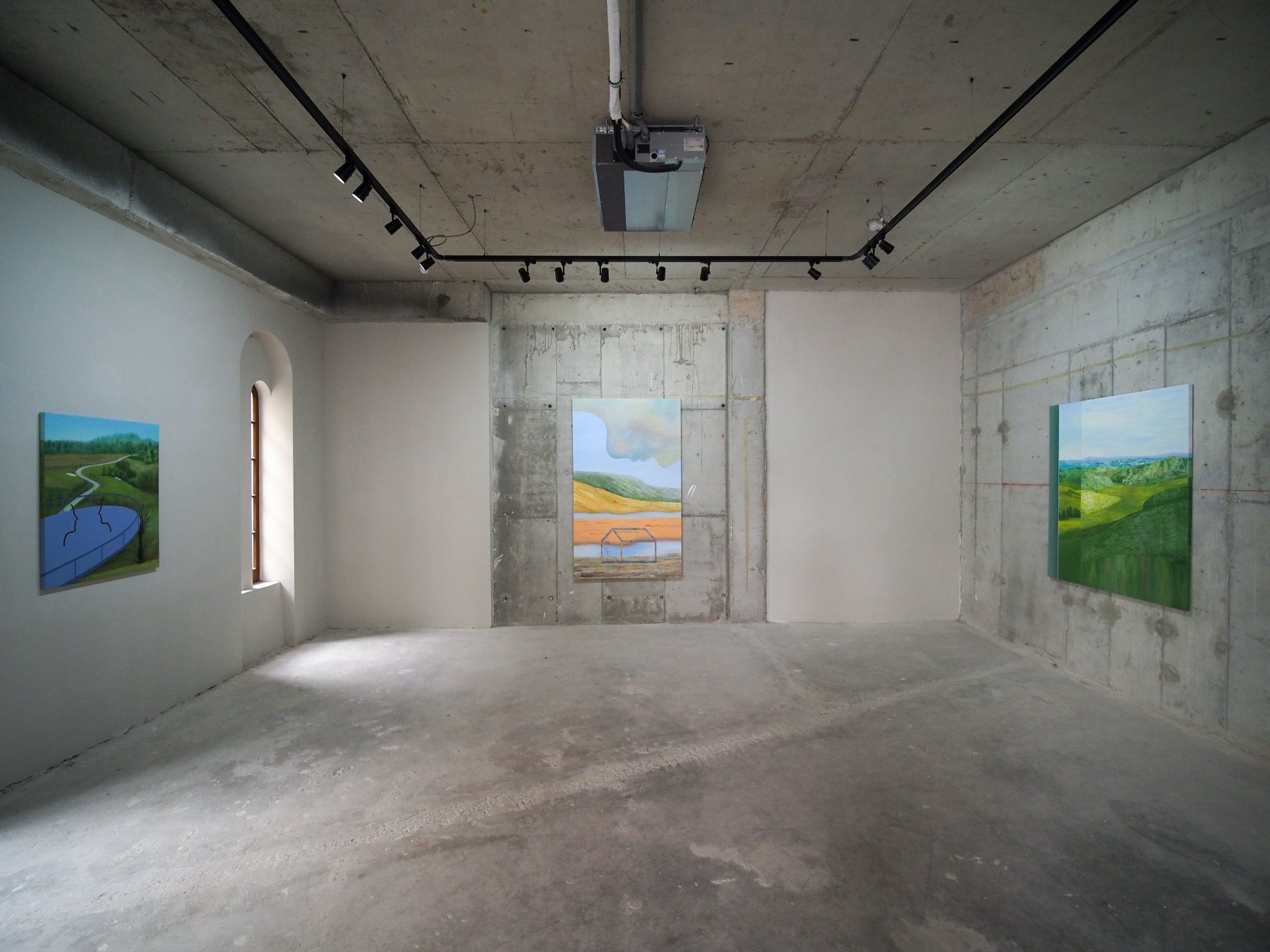 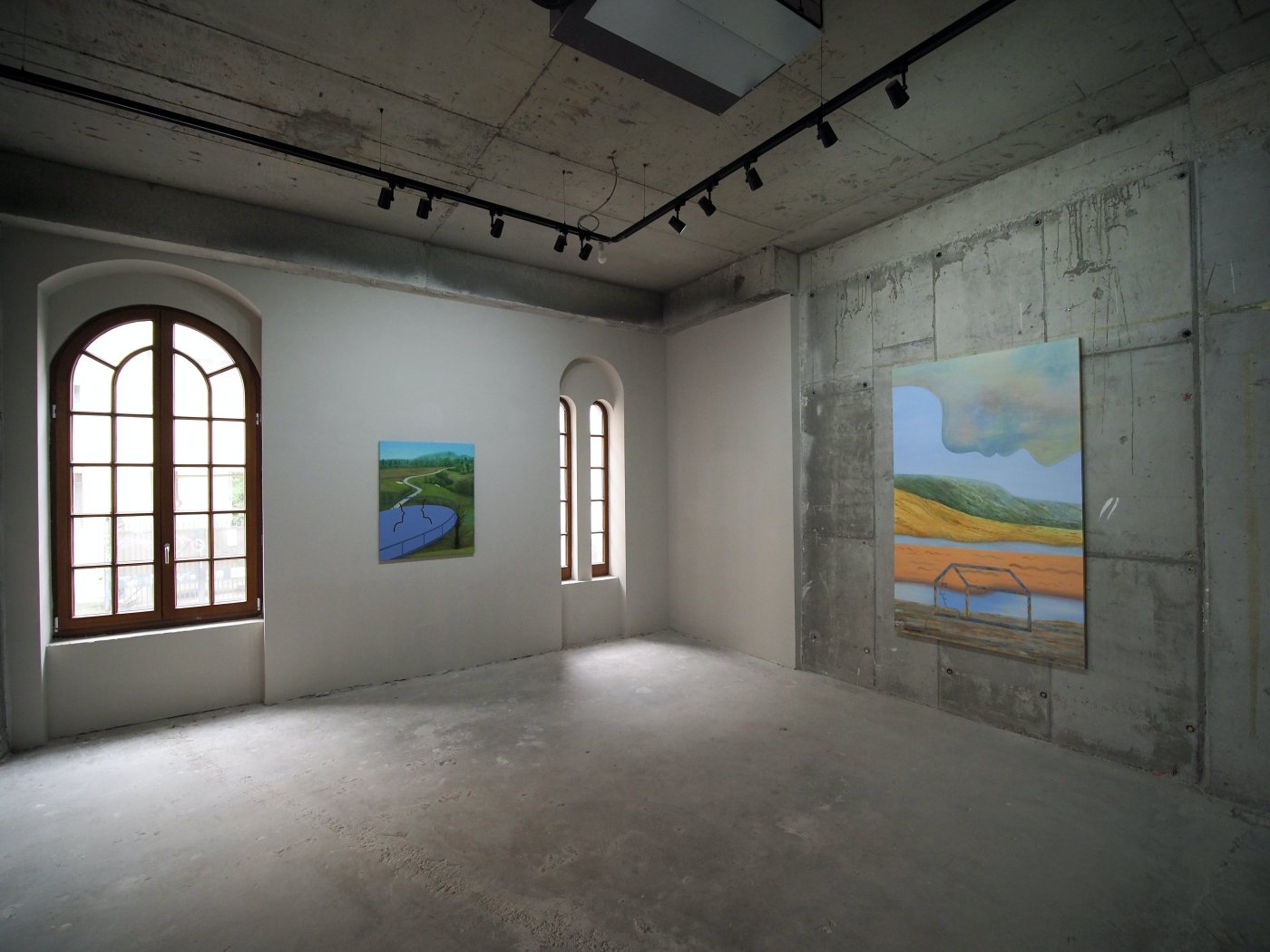 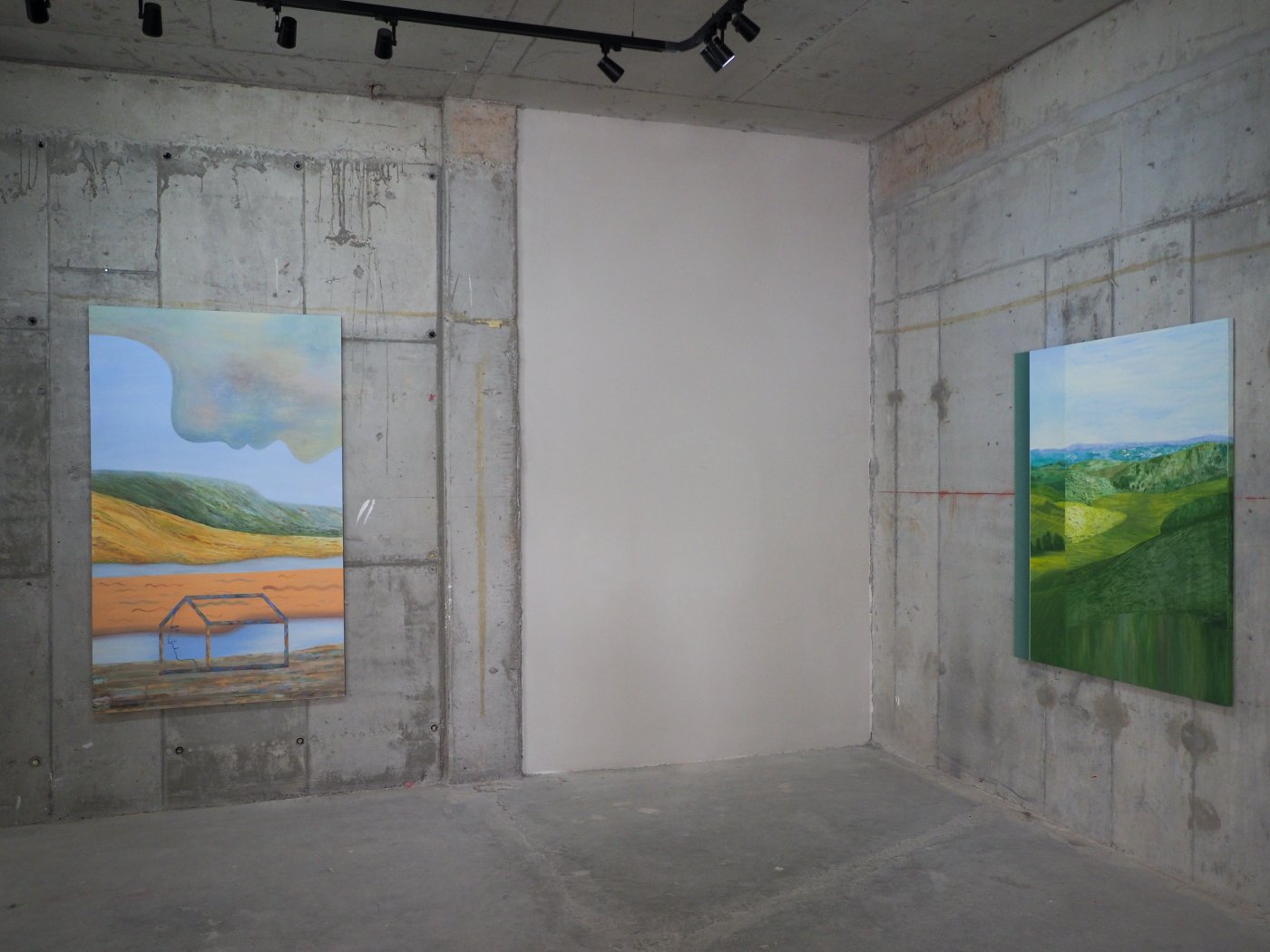 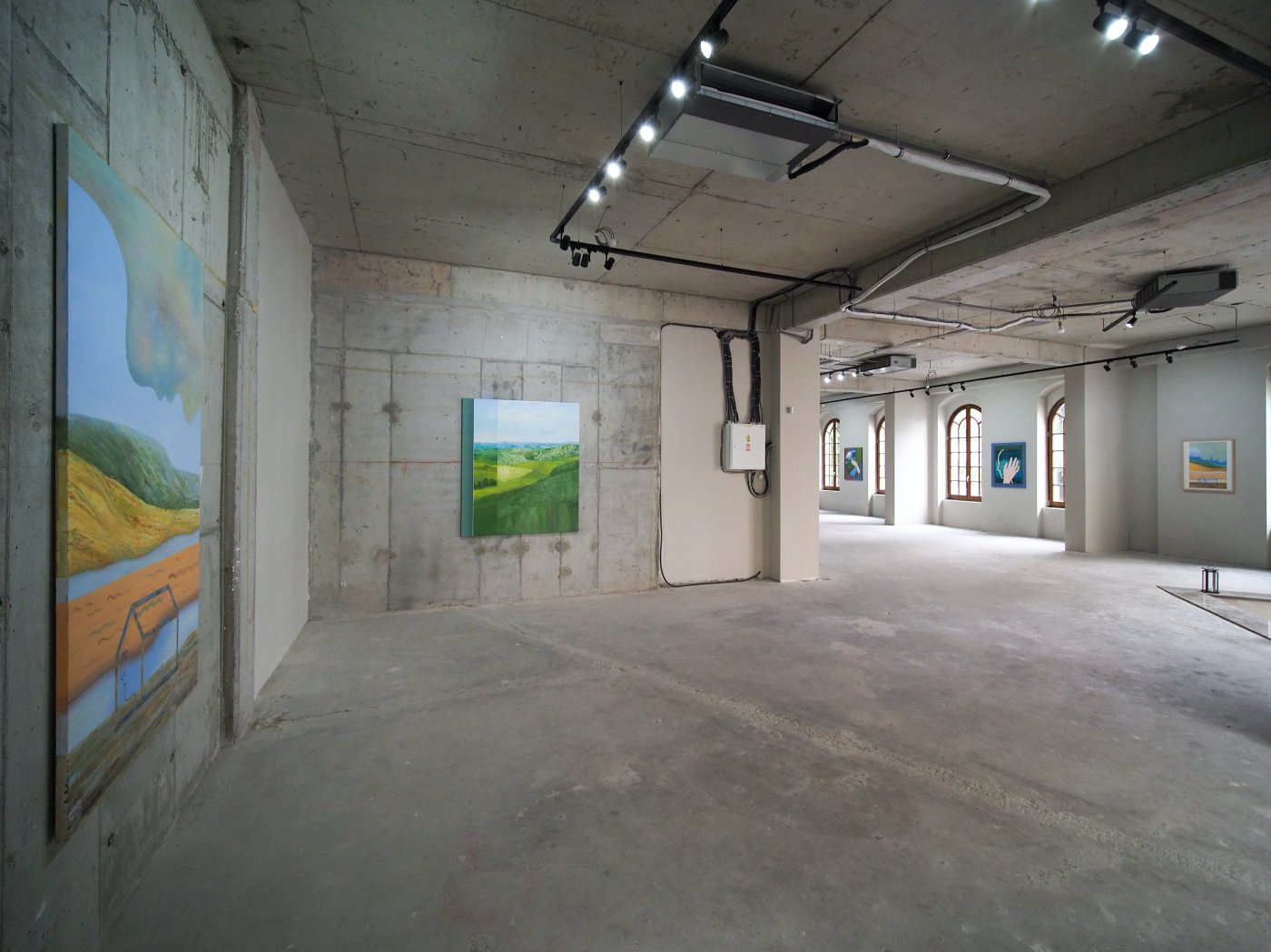 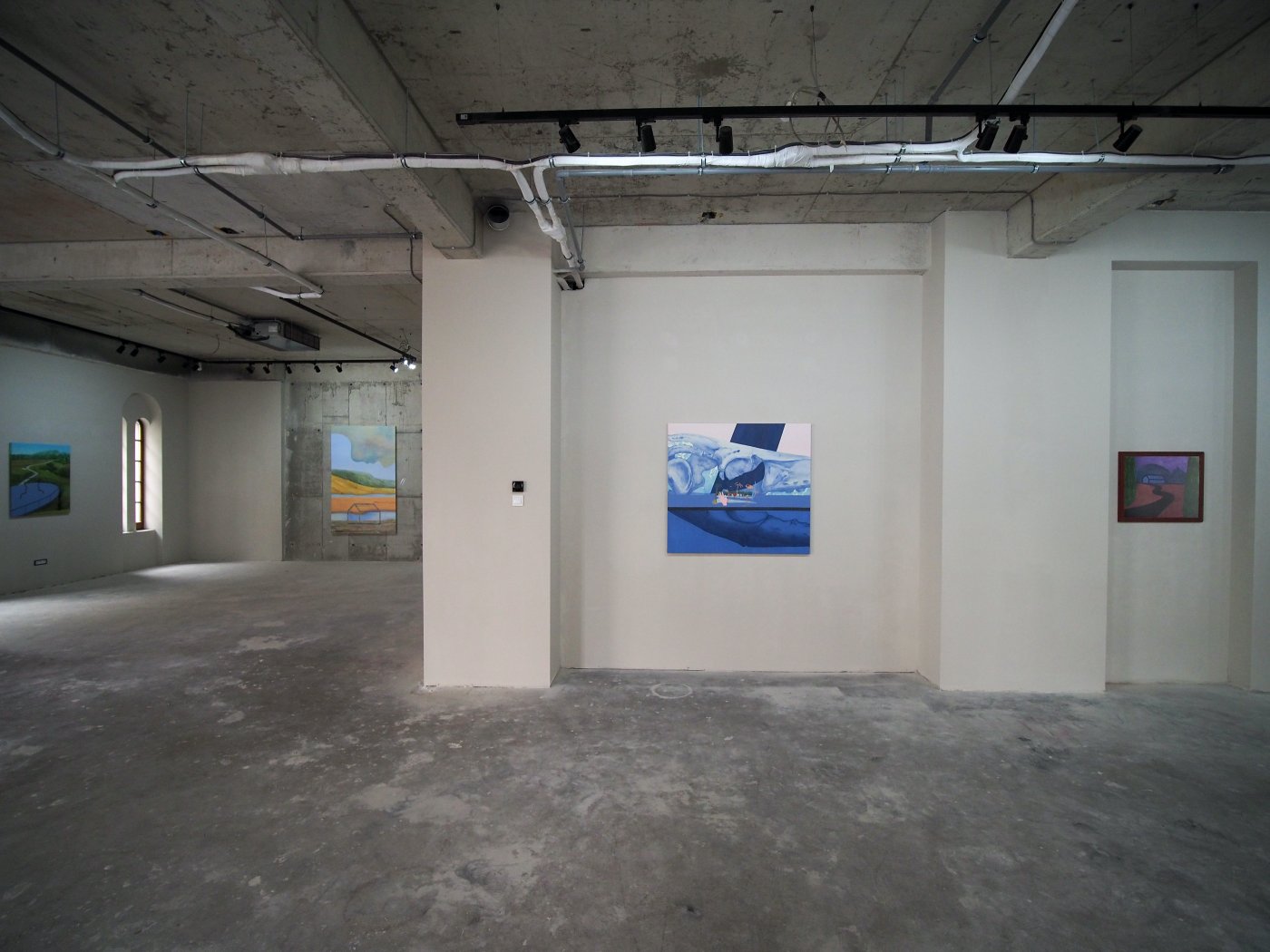 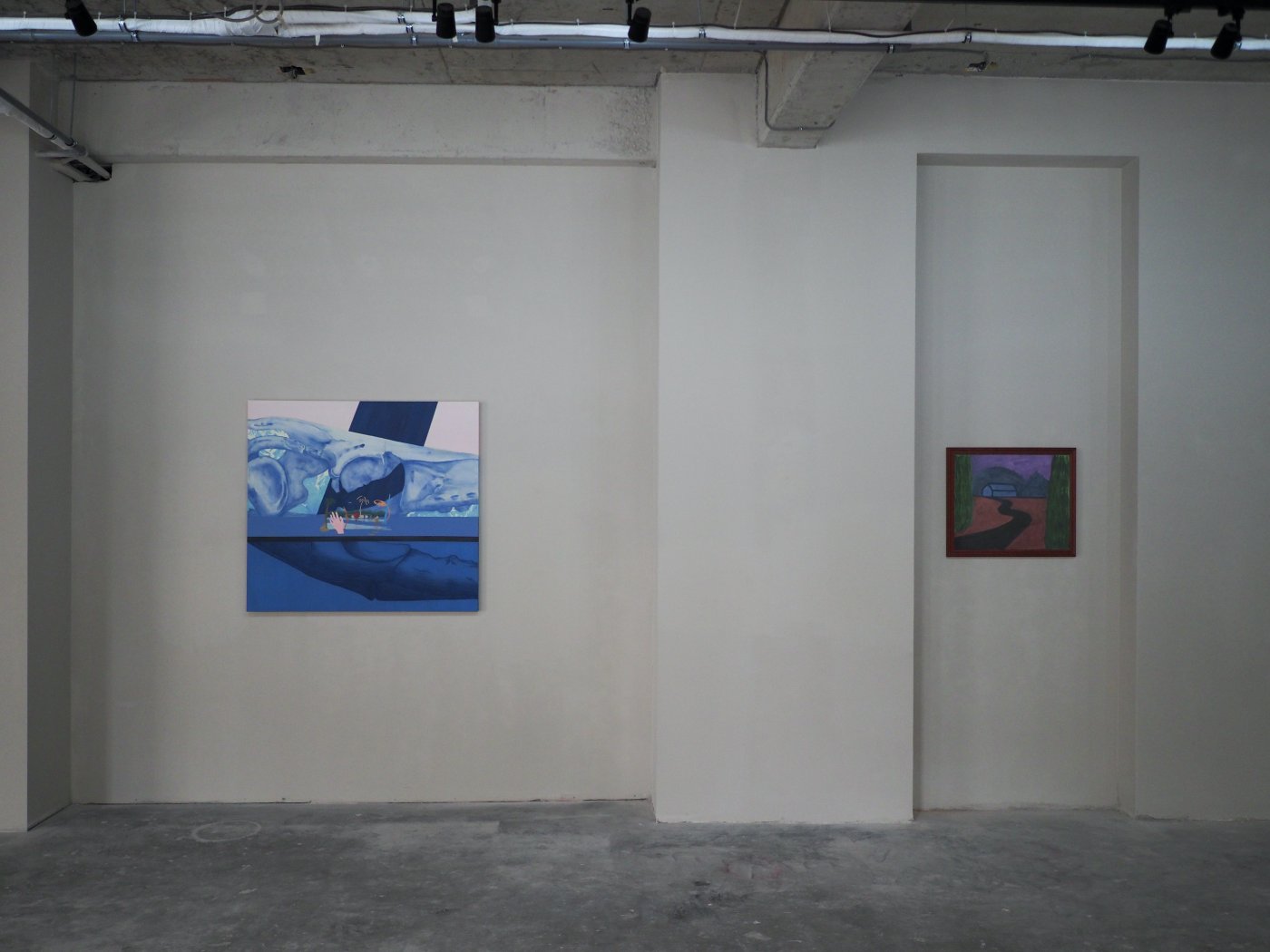 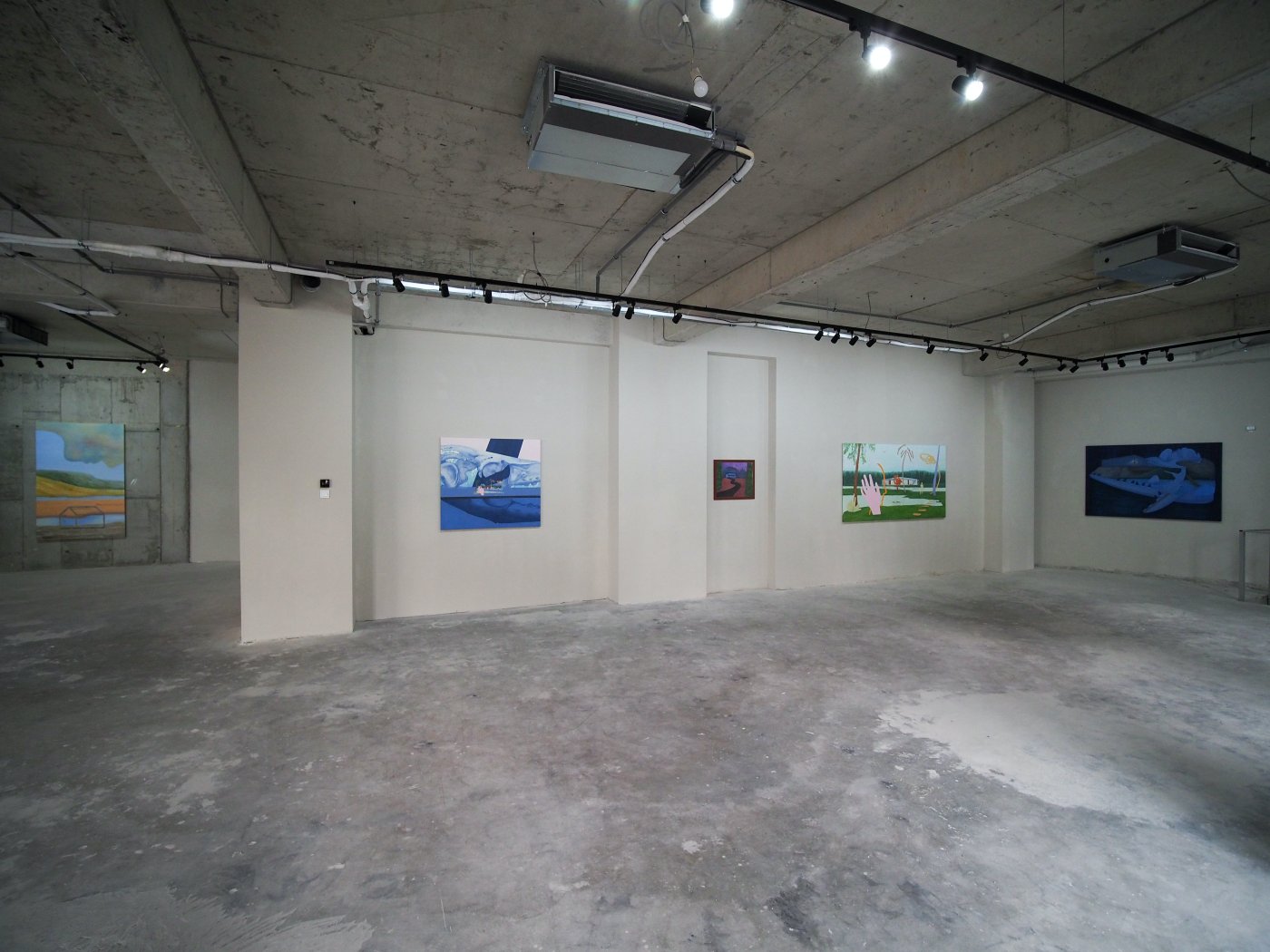 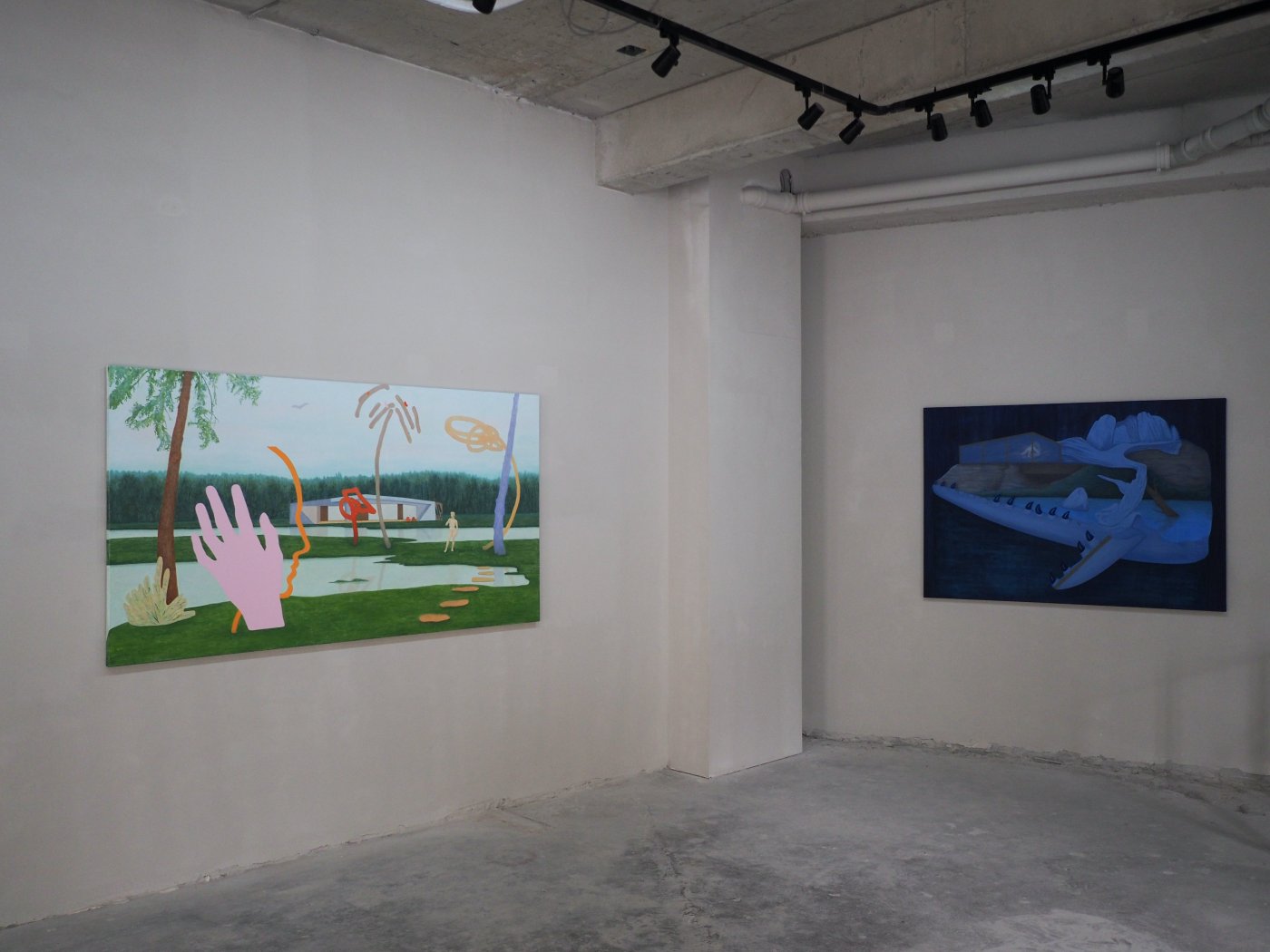 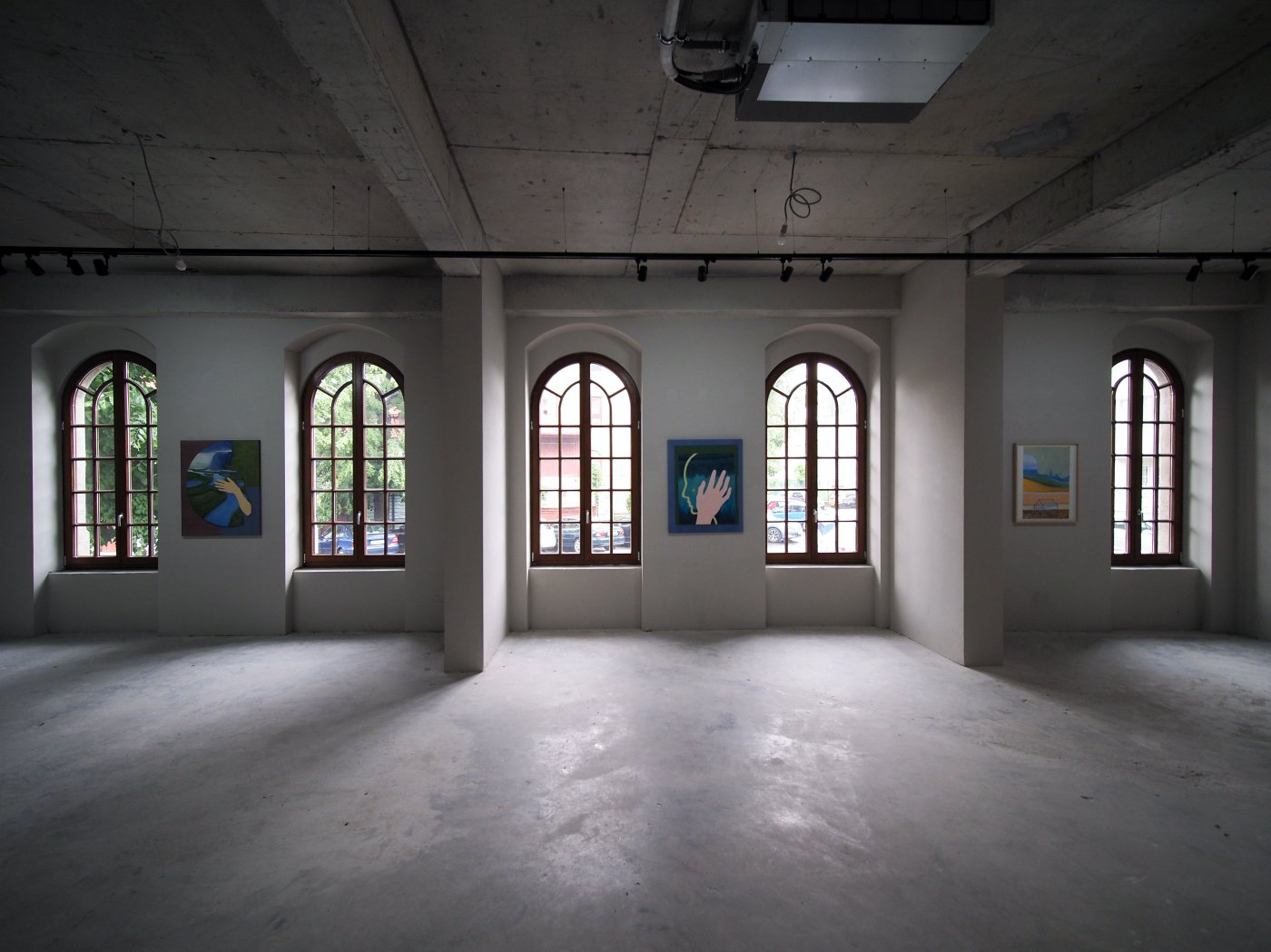 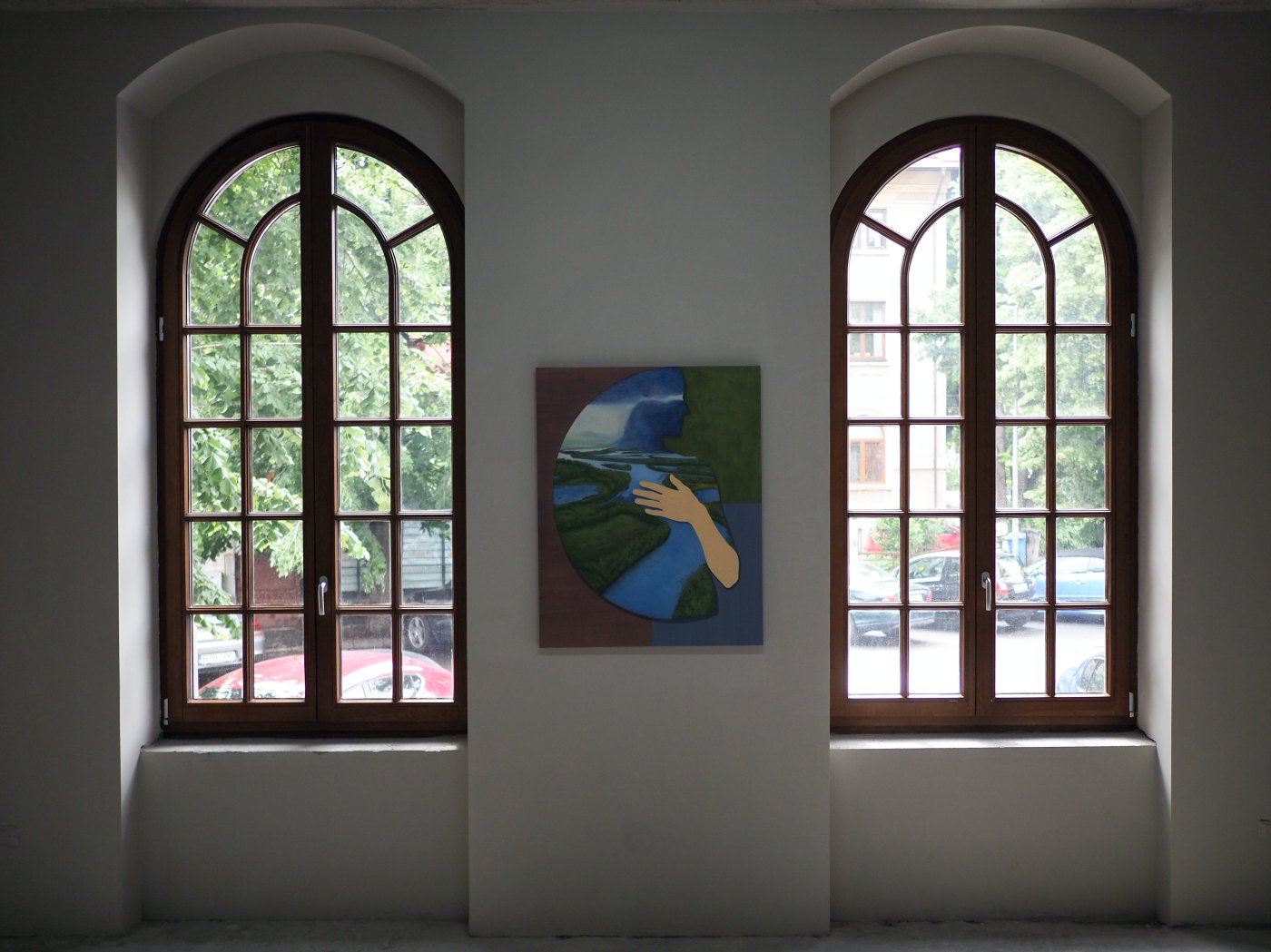 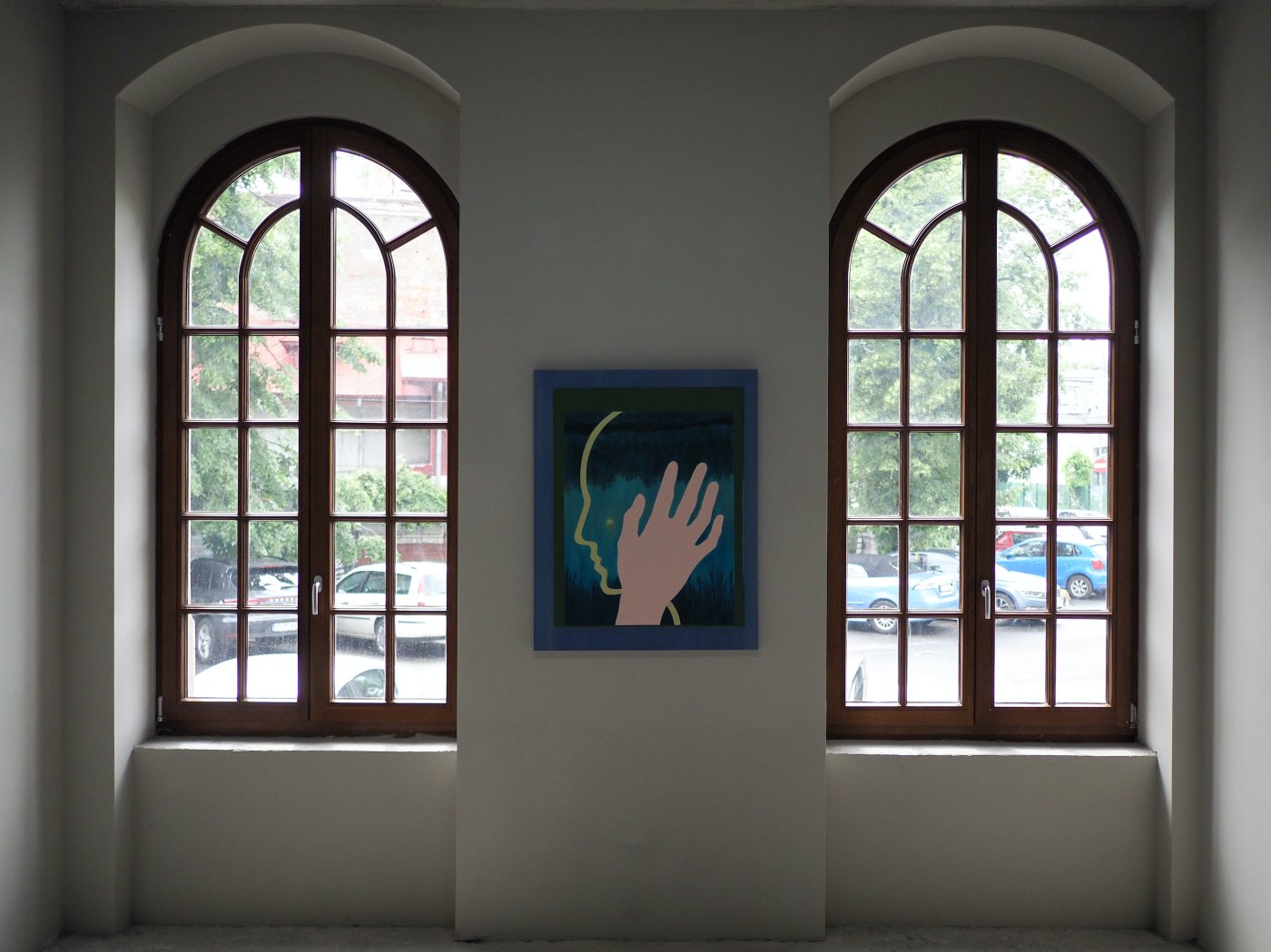 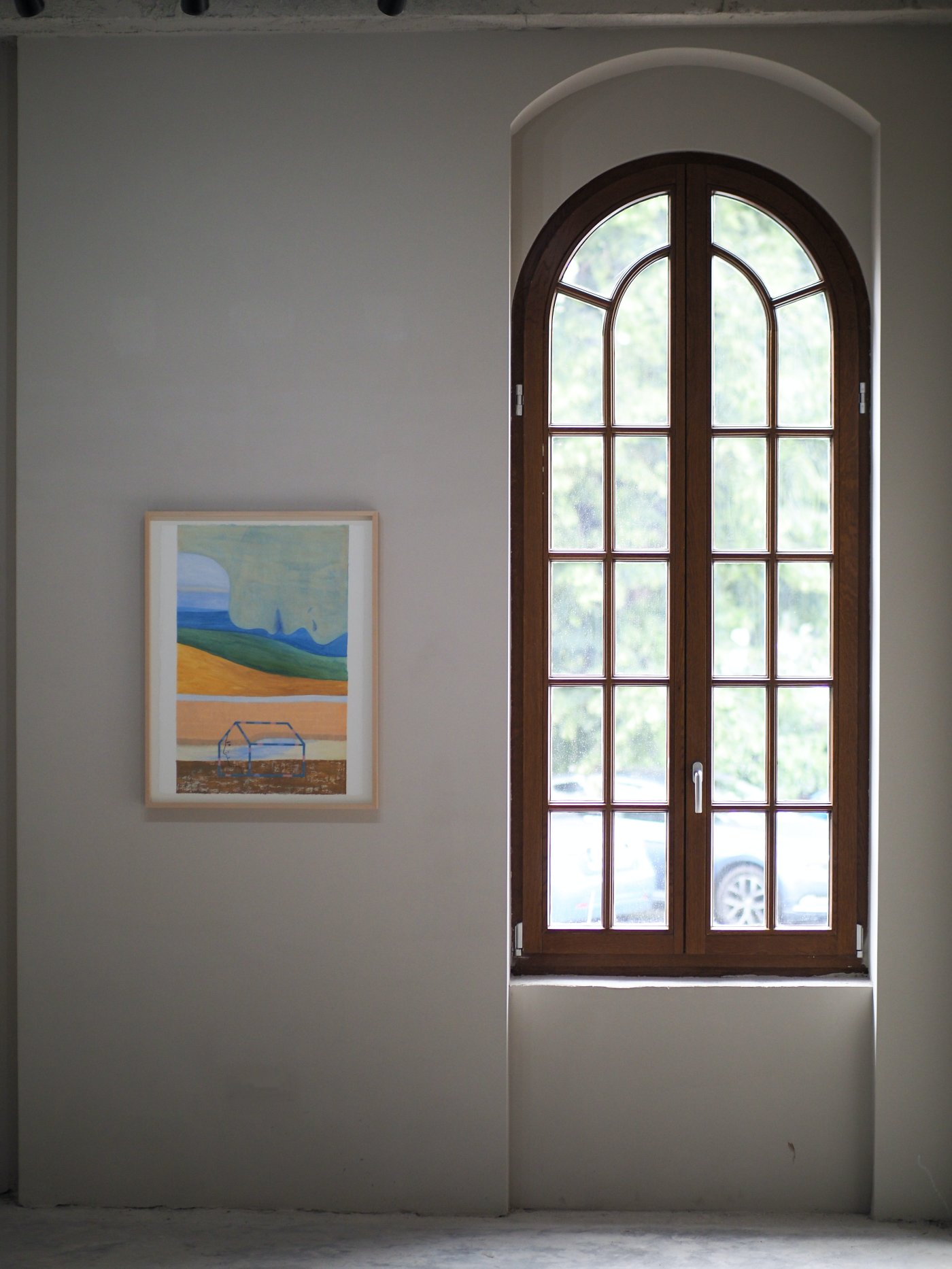 PARADISE OF LOST DESIRES is a series that began by simply observing what I draw repeatedly.  I hoped it will be like a deep calming exhalation that facilitates a more relaxed exploration.  The landscape is always present, reflecting nostalgia of unfulfilled possibilities, but is also something that I’ve missed in the last year and I’ve transferred in real-time on canvas. In almost all the paintings, there are human profiles, like suspended stripes and contoured hands painted flat, combined in a simple, harmless and tender gestures. For me, they speak about essential emotional human needs, buried, postponed and that cannot be solved or replaced, no matter how well we curate our professional life, material possessions and lifestyle. – Codruța Cernea

The most recent works, from 2020 (Falling Up, We Are Nature, Full Moon, Extinct) deepen the immersion of the self in the mirror of the picture, the place where nostalgia for lost inside worlds unfolds, merging with the projection of possible outside worlds. The courage to paint simple and well-known gestures, but which have long been banned from artistic representation, on the basis of taste and ideological positioning, makes them superior to images: they become manifest acts in the recent works of Codruța Cernea. Touching, stroking, covering the cheek, wrapping the chest, embracing the void, drawing the contour of the face, not through the clear line of the drawing, but by running a hand over the familiar face, all these unexpected white weapons in the artist’s panoply scare harmlessly, as if discovered after some archeological excavations of the precarious emotional future of humanity, which would find only these vestiges of feelings. As in a kind of affective 2001 Space Odyssey, produced by a Stanley Kubrick with a painting palette instead of a film camera, the dystopia of future technological super-revolution is only sketched, but its consequences, the emotional shipwreck, are represented in extenso by Codruța Cernea. In her neo-romantic mental laboratories, affectivity is artificially re-created, inseparable from the body of today’s world. A body-landscape that is always reactivated, through the nostalgic recurrence of the house (ship, window, tent), water (pond, lake, river), nature (the improbable and standard-green landscape), the island (which leads to loneliness, to isolation) which seem, all of them, to be constantly evoked by an absent consciousness, assiduously seeking itself across all the corners of the painting. – Erwin Kessler