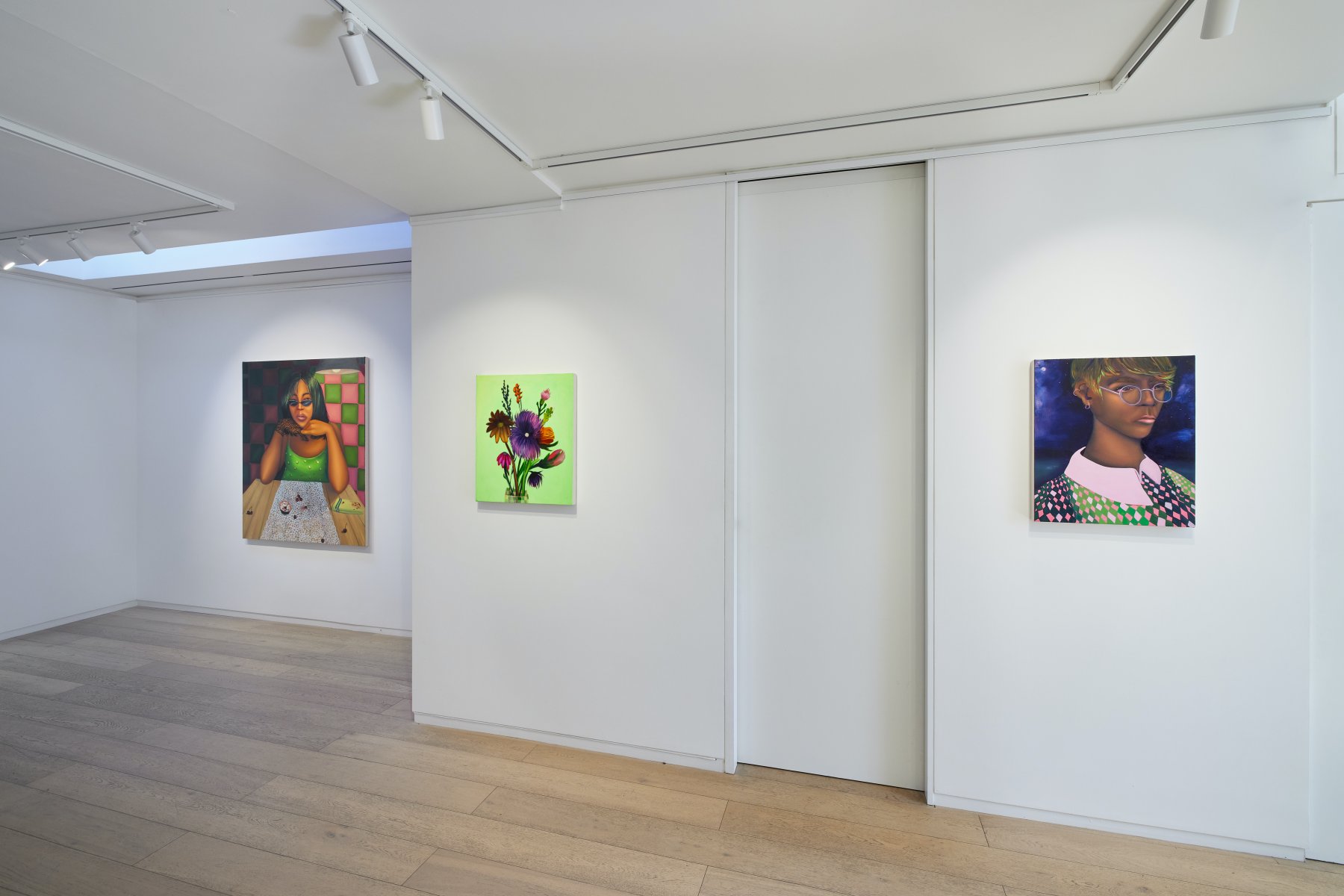 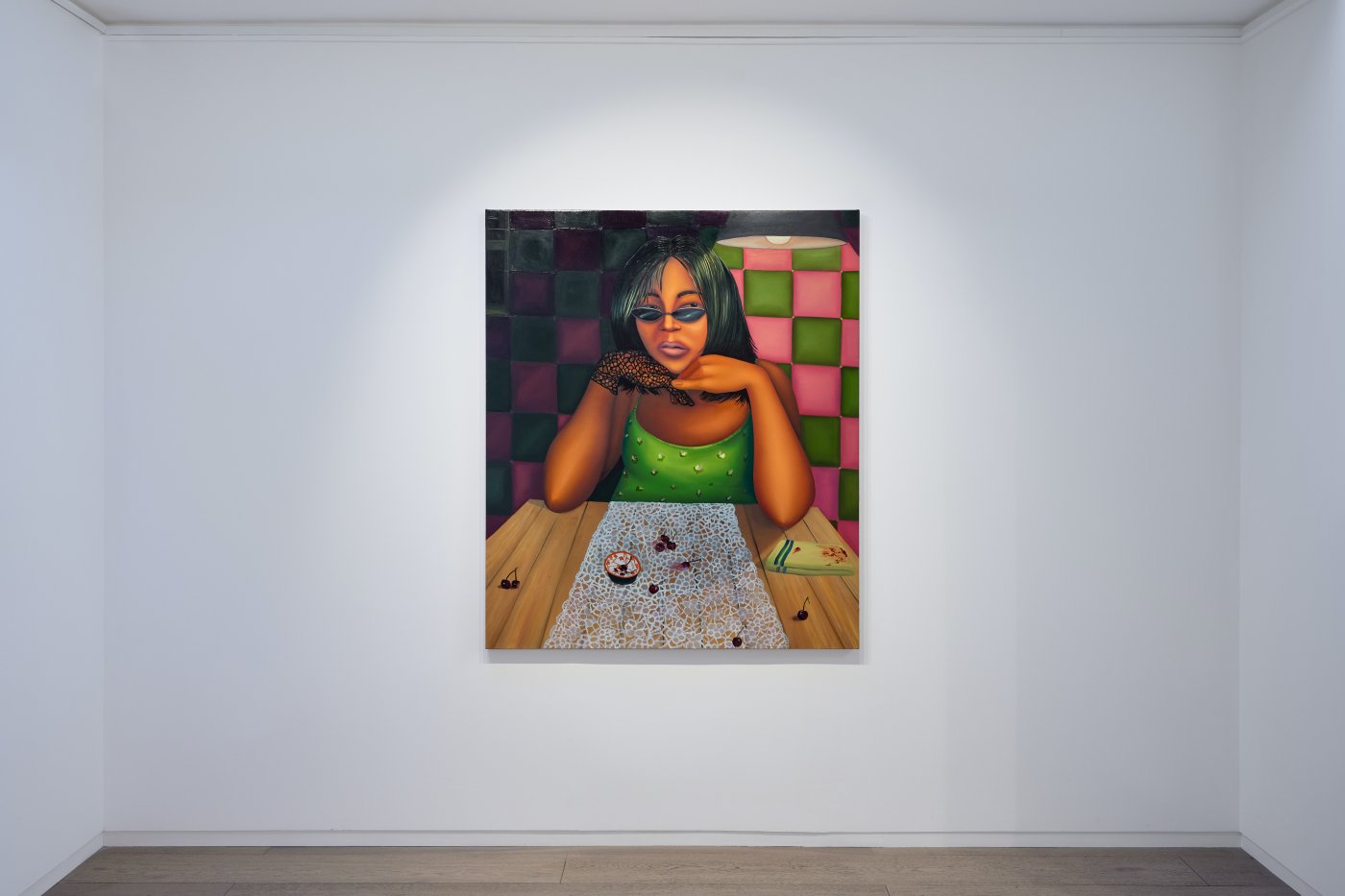 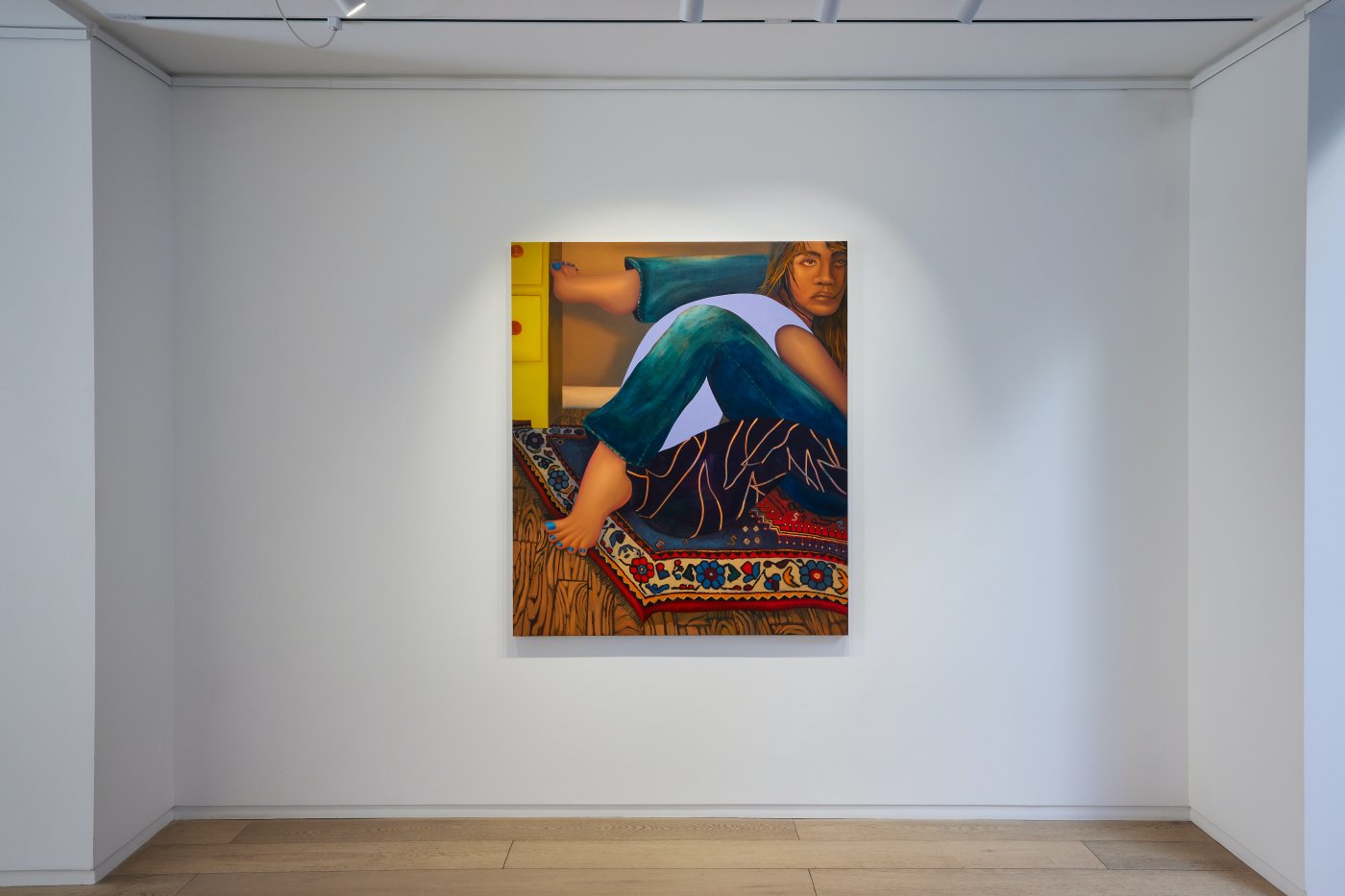 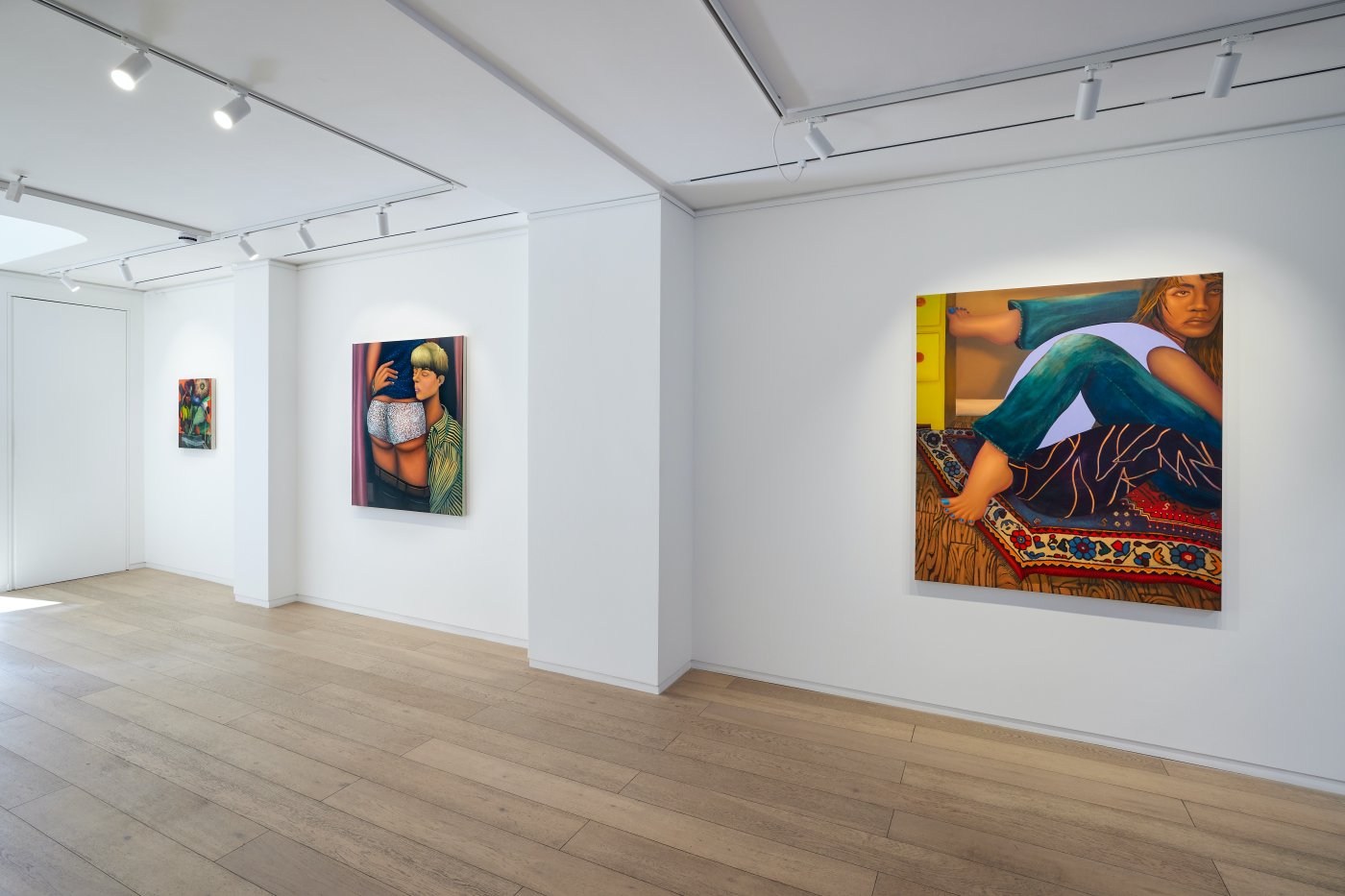 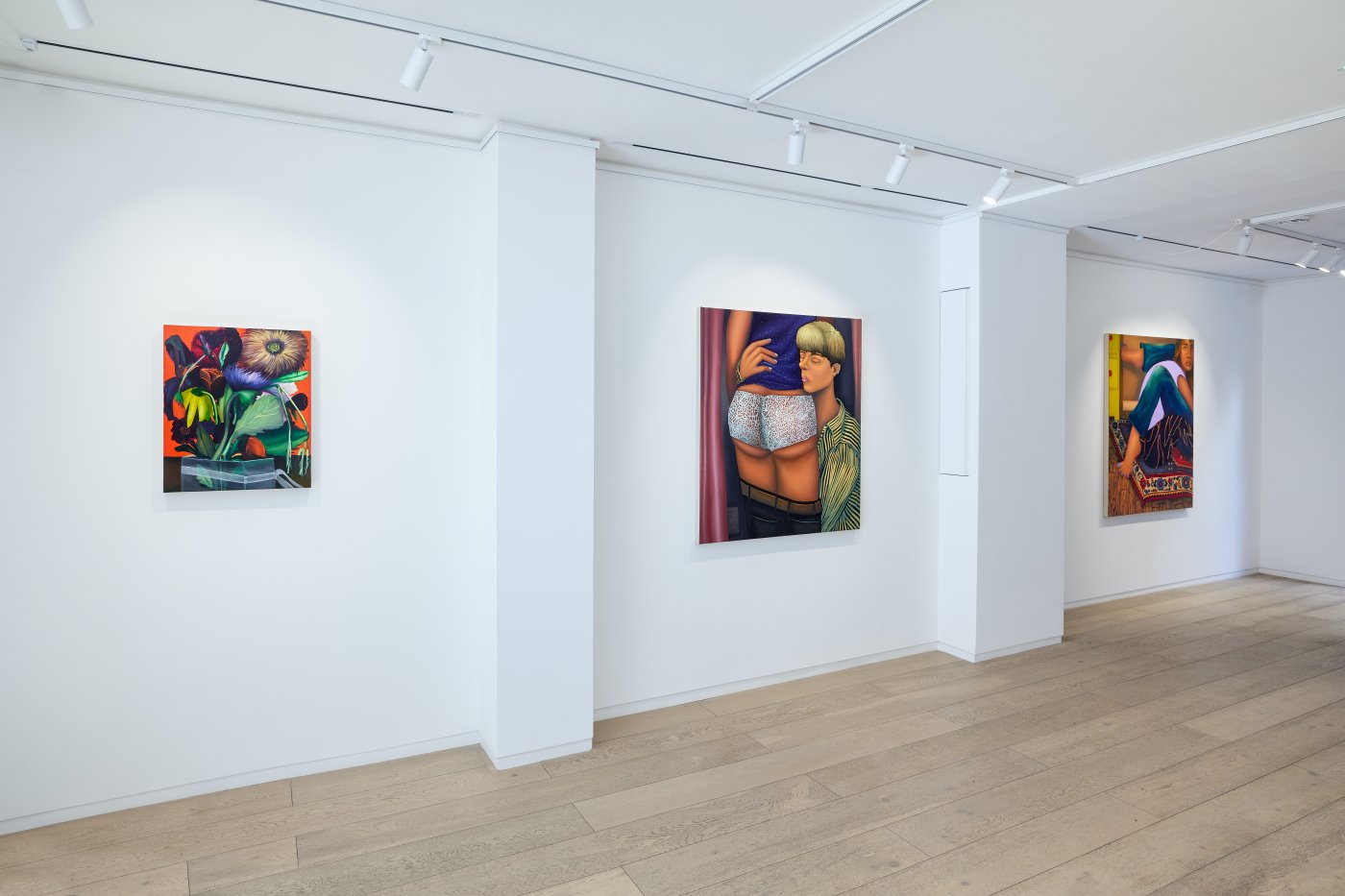 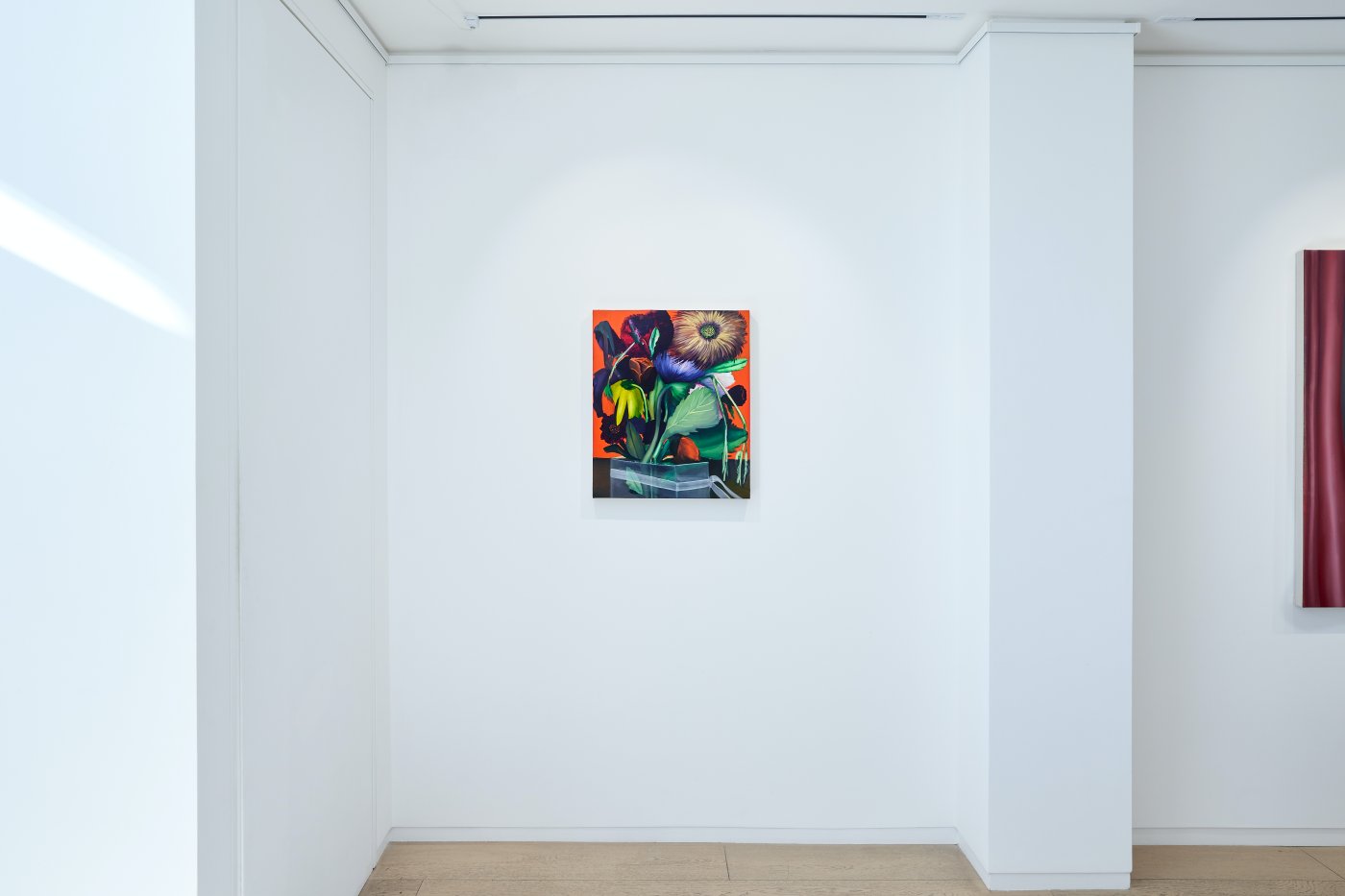 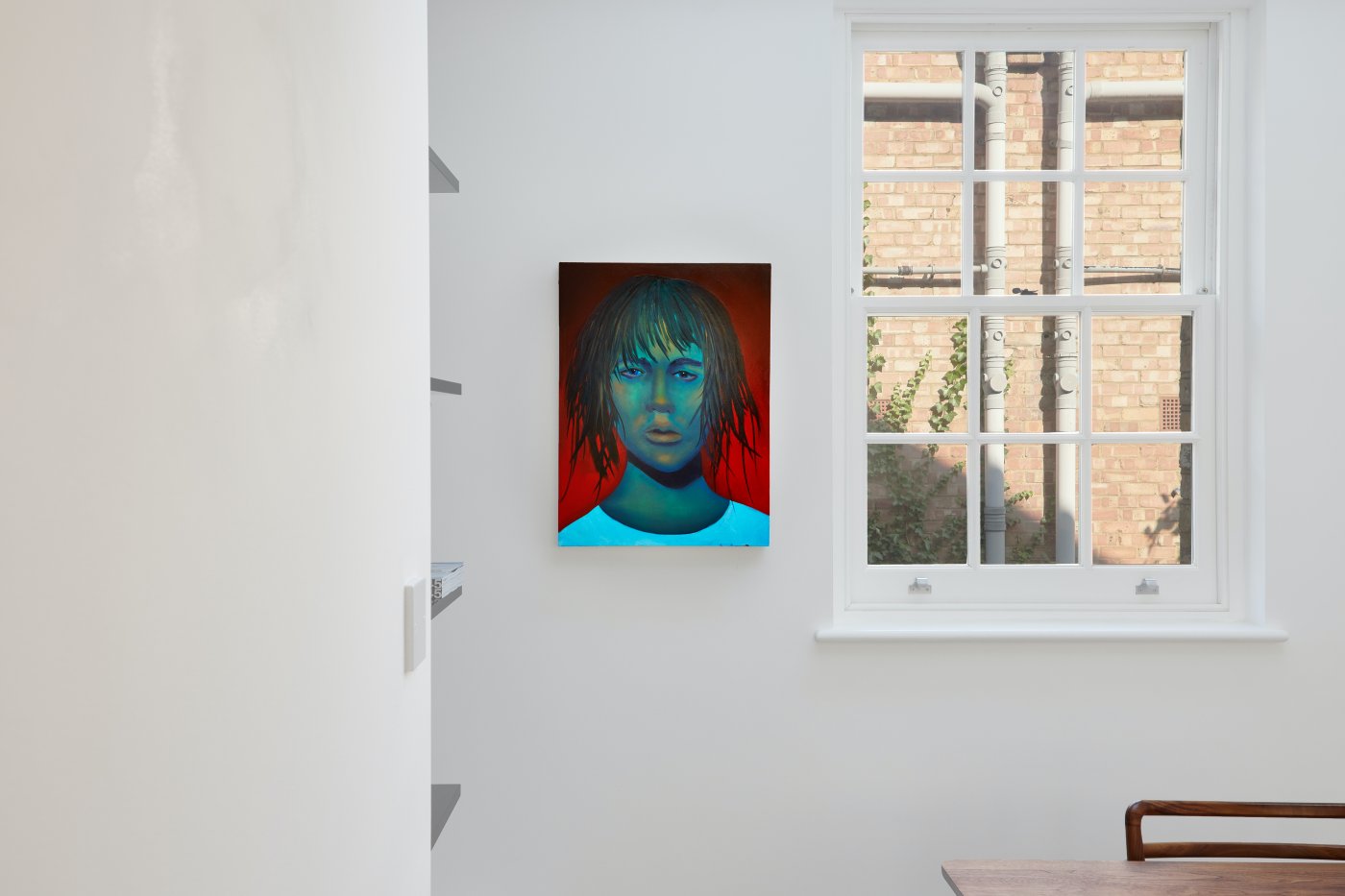 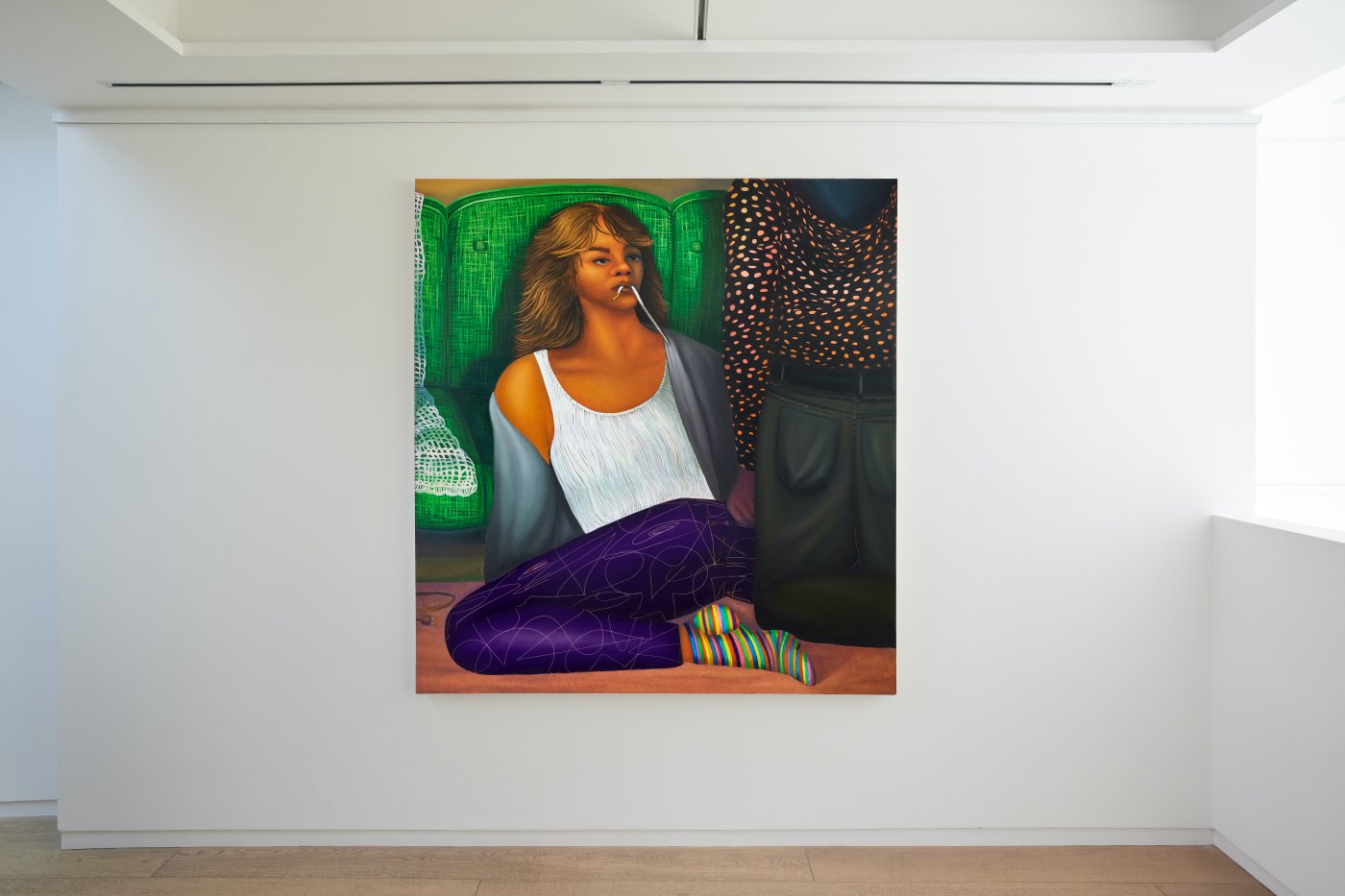 In this series, scenes take place in domestic interiors revealing how at the core of Coady’s work is a question of vulnerability, as well as of self-presentation in both public and private spaces. The artist is interested in how these protected environments allow an unabashed intimacy and level of authority over one’s image – which contrasts the way the female body has been represented in art history for centuries. Through these intimate spaces inhabited by tightly framed figures, Coady is playing with ideas of expression, strength and instability.

A floral motif is subtly present throughout her paintings, be it on a pair of lace underwear, a table runner, her characters’ clothing, a rug and in painted bouquets. Coady takes inspiration from flowers and what they represent as they can acquire significant meanings depending on the circumstances and can at once refer to romance, loss and mourning, or life and death. This show is focused around the idea of blooming and flourishing while at the most heightened state – when flowers, but also Coady’s figures, are caught in the apex of a moment. However, soon after this peak, the declining phase begins. The first few petals have fallen, there is a faint wilting and the moment is lost. This new body of work examines the thin line between these stages of blooming and decline. Coady’s images are a commentary on the vulnerability of these tender moments, albeit with her florals or the connections between her figures.

Coady’s florals and feminine, yet androgenous, figures are set in a world of electric colours as the title of the exhibition suggests. Her use of colour, hyper-saturated and oftentimes flat, heightens the atmosphere of her scenes as it sets the mood and tone. Concentrated and potent, colour acts as a signal, similar to vibrant flowers in nature. Stimulating to the senses, these paintings pair the natural and the artificial to create a feverish contrast. Carefully painted details, such as patterned textiles, blue toenails, sparkling eyes and starry backgrounds, create a sense of serenity mixed with tension and rawness.

Coady Brown (b.1990) is a painter from Baltimore, MD. She received her BFA from Tyler School of Art, Temple University in 2012 and her MFA from Yale University in 2016. Coady has exhibited both nationally and internationally with Stems Gallery, Shulamit Nazarian,1969 Gallery, Carl Kostyal, Richard Heller, and Francois Ghebaly, among others. She is the recipient of several fellowships and residencies including The Fine Arts Work Center, Skowhegan School of Painting and Sculpture, Fountainhead, Vermont Studio Center, and the Yale/Norfolk School of Art. Her work has been written about in The New York Times, The Village Voice, and New American Painting. Brown’s works are in the permanent collections of the X Museum in Beijing, the Institute of Contemporary Art, Miami, and the Columbus Museum of Art. She lives and works in Philadelphia, PA.