Closer: Intimacy in Art across Cultures

Closer: Intimacy in Art across Cultures 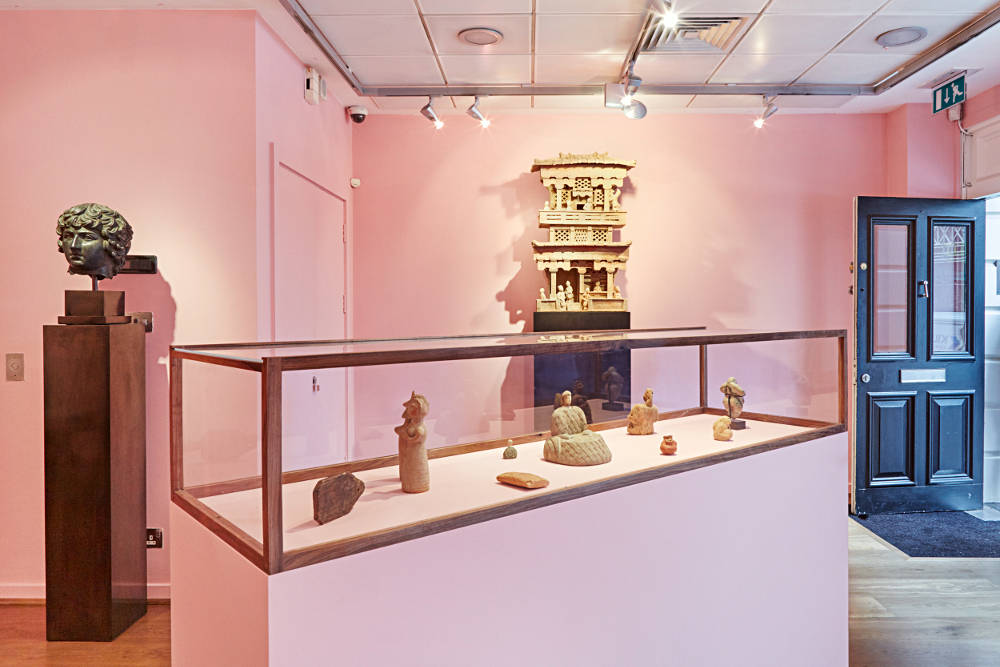 Today we are more connected than ever before but are we any closer?
Despite (or perhaps because of) the dense networking of our society, many still feel lonely and isolated, and finding meaningful relationships in real life, not only online, is perhaps more of a challenge than in previous generations. Given this context, the exhibition aims to look beyond simply being in contact with others and ask what it can mean to be ‘close’ to someone else.

Curated entirely from the extensive Barakat Collection, which is over a century in the making, this exhibition unites unique and extraordinary objects spread across 8,000 years of human history in order to celebrate the diverse ways humans come together; physically, emotionally and spiritually.

‘Closer’ also reflects a fresh approach to this fifth-generation, 130-year-old family business, famed for its collection of ancient art. This year, the London headquarters of Barakat will relaunch with an aim of welcoming new and existing audiences through a programme of exhibitions that explores different themes in its vast collection. With a new, young team who are in the process of renovating the London gallery, Barakat seeks to encourage viewers to literally come closer into the gallery and to ask questions. Barakat’s motto – ‘mirror of all ages and cultures’ – expresses its ongoing hope that work from Classical Antiquity, Asia, Oceania, the Near East, Africa, and Pre-Columbian civilisations can inspire viewers to consider what brings us together, more than what keeps us apart.

The single room of this show features a wide-ranging array of work of different periods and cultures that loosely suggest ideas of human closeness, from the erotic to the familial. It includes a stone bust of the Roman emperor Hadrian (100 – 300 CE)  who gazes into the bronze eyes of his great love, Antinous. The death of Antinous, in 130 CE, affected Hadrian so deeply that he deified Antonius, named a city after him, and founded a cult devoted to the worship of his beloved. The bronze revival effigy of Antinous featured in Closer was forged over 1500 years later, a legacy of this lost love that lasted through the centuries.

‘Closer’ also includes a vitrine filled with curious objects. These include a sculpture of a pregnant neolithic fertility goddess (6000-4000 BCE – one of the oldest pieces in the collection believed to be from Asia Minor), a Bactria-Margiana Wooden sculpture of a mother and child (2500 to 1500 BCE from Central Asia), a Cuneiform tablet describing the arrangements for a Mesopotamian marriage (c.1281 BCE) and a toe tag from a mummy, describing the familial relationships of the deceased person.

On one wall of the gallery hangs a collection of late Mughal Empire erotic manuscripts from India (1700 – 1900 CE), while on the floor nearby is a large green stone phallus produced by an ancient Costa Rican fertility cult (c.500 – 1000 CE) as well as a neoclassical sculpture of Aphrodite. On another wall a large Han Dynasty Ancestral Shrine (0-300 CE, China) seems like a kind of ancient stone doll’s house with moveable family members on the different levels of the house-like structure. There is a Syrio-Hittite alabaster sculpture of conjoined twins – the pair are literally joined at the hip (2700 – 1500 BCE). This work has an echo across the room in a terracotta vessel (c.1890 – 1950 CE) of two conjoined female figures from the Mangbetu clans, cannibalistic people from the region of present day Congo.

In addition, the show contains personal and contemporary component in the form of a single abstract painting by Fayez Barakat (b. 1949), the owner of Barakat Gallery, an avid painter, with studios in each of his galleries and homes around the world.. Barakat began to paint in earnest following a family tragedy – his beloved son and first wife died within two years of each other. For him painting has become a compulsion, a healing form of meditation and a means to creatively channel his grief and continue to live, while expressing his connection to his late family members.

Taken as a whole, this exhibition orbits around the notion of ‘closeness’ and the pieces somehow work together to form an uncanny web of interconnection. They are the tip of the iceberg that is the vast Barakat Collection, which numbers tens of thousands of pieces. ‘Closer’ engages with diverse histories and cultures to open up multiple visions of how humans might be together and come closer. In exploring various expressions of human intimacy across history, this show reflects upon the complexity of connecting to each other and to the past.