Hollybush Gardens is pleased to present a solo exhibition of new works on paper by Claudette Johnson. This body of work continues Johnson’s engagement with painting the Black subject, involving a considered process of live sittings to create complex paintings of imposing scale and expressive detail. By presenting individual subjects as occupying an undefined context, as Johnson has developed with paintings of women since the early 1980s, Johnson encourages a reading of the Black figure beyond the conventions of portraiture, advocating instead for the sheer presence of the individual. 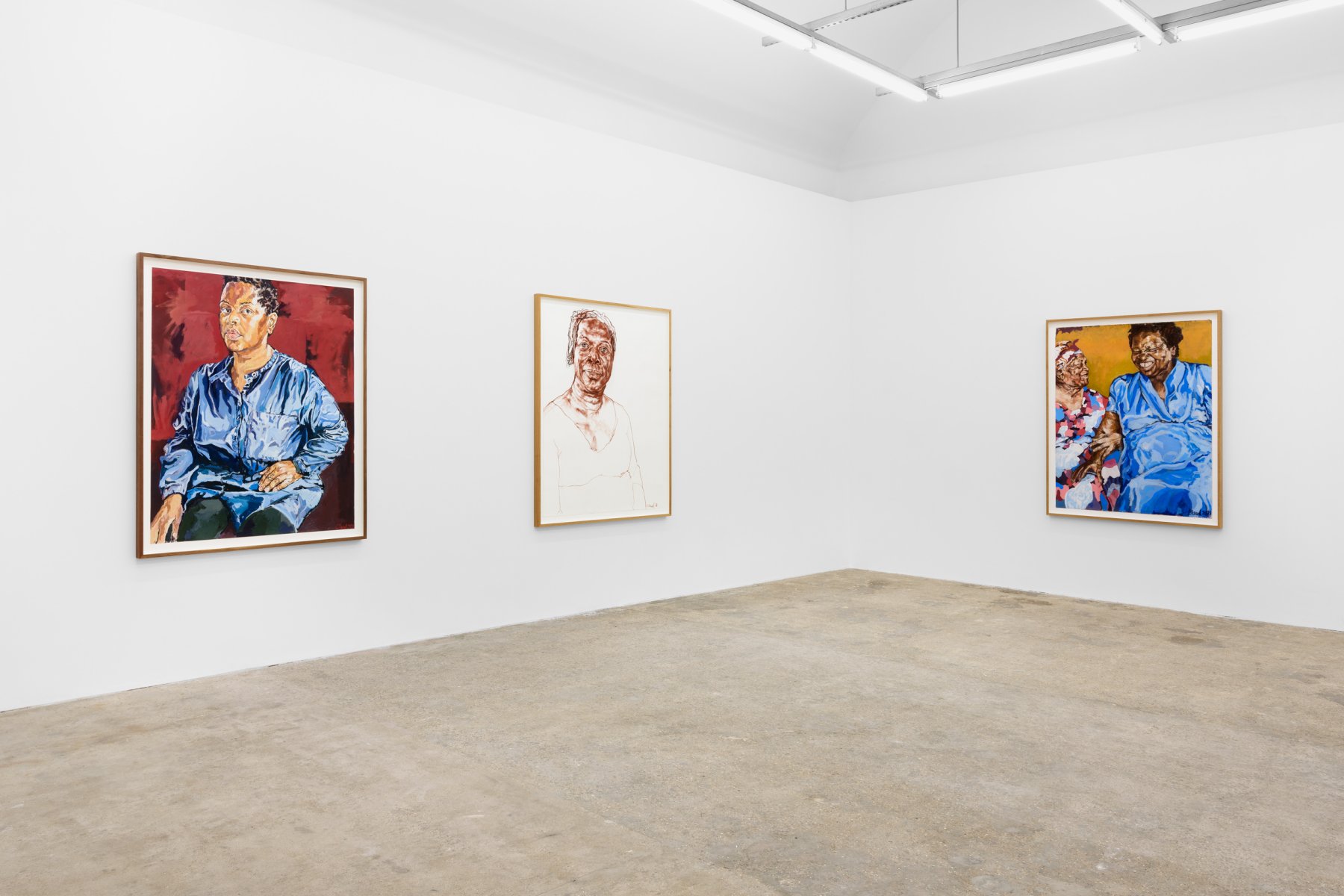 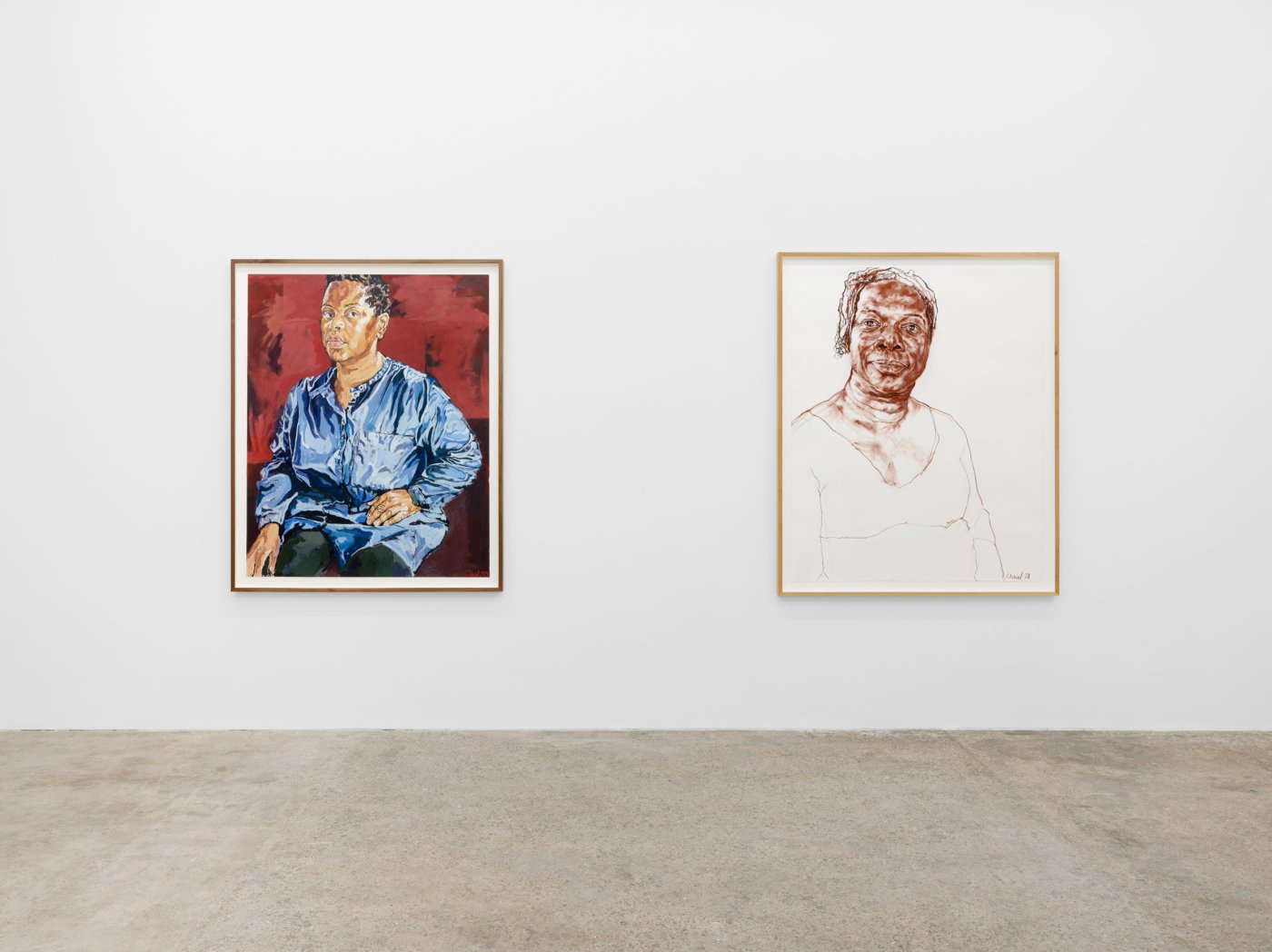 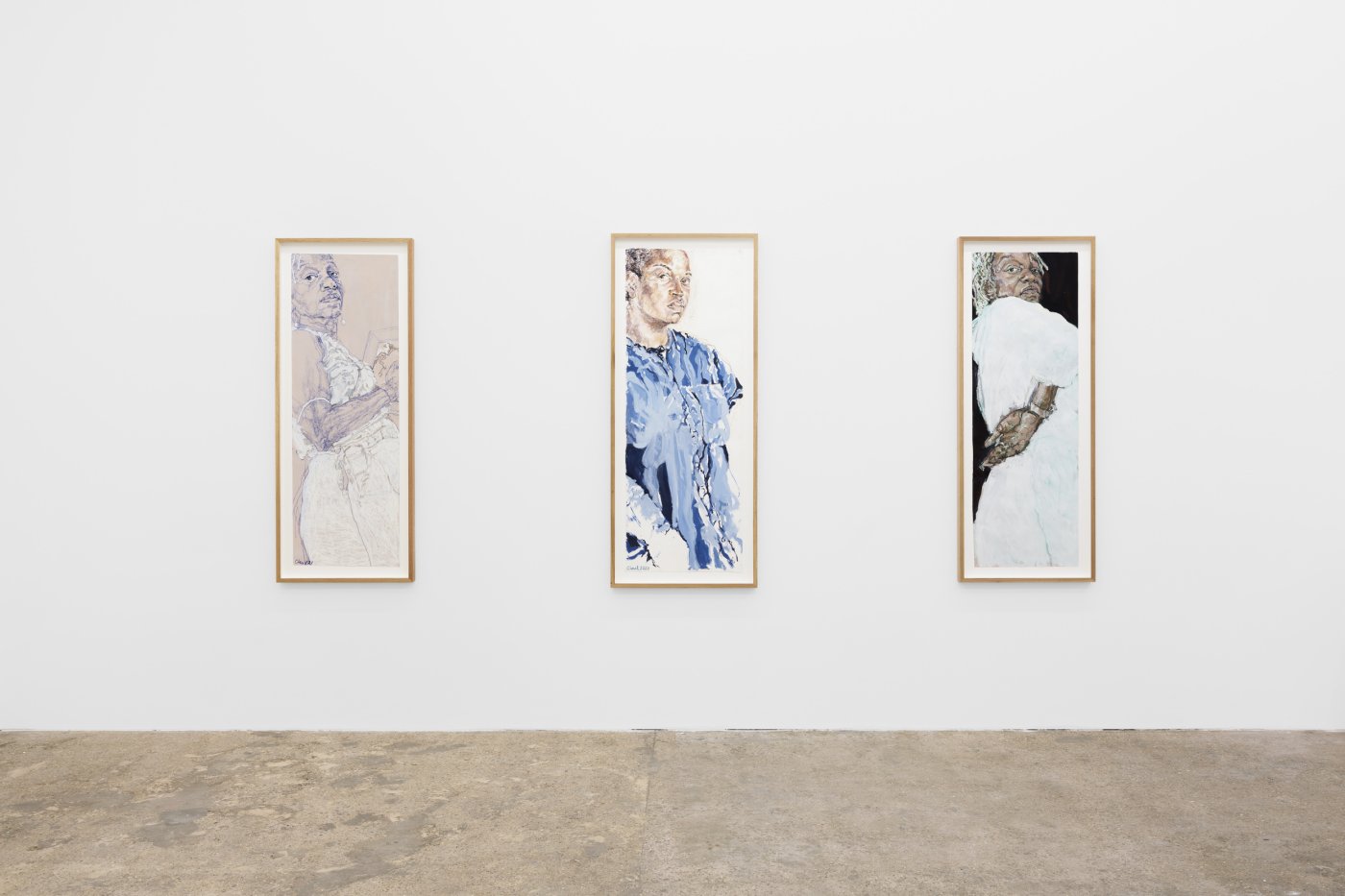 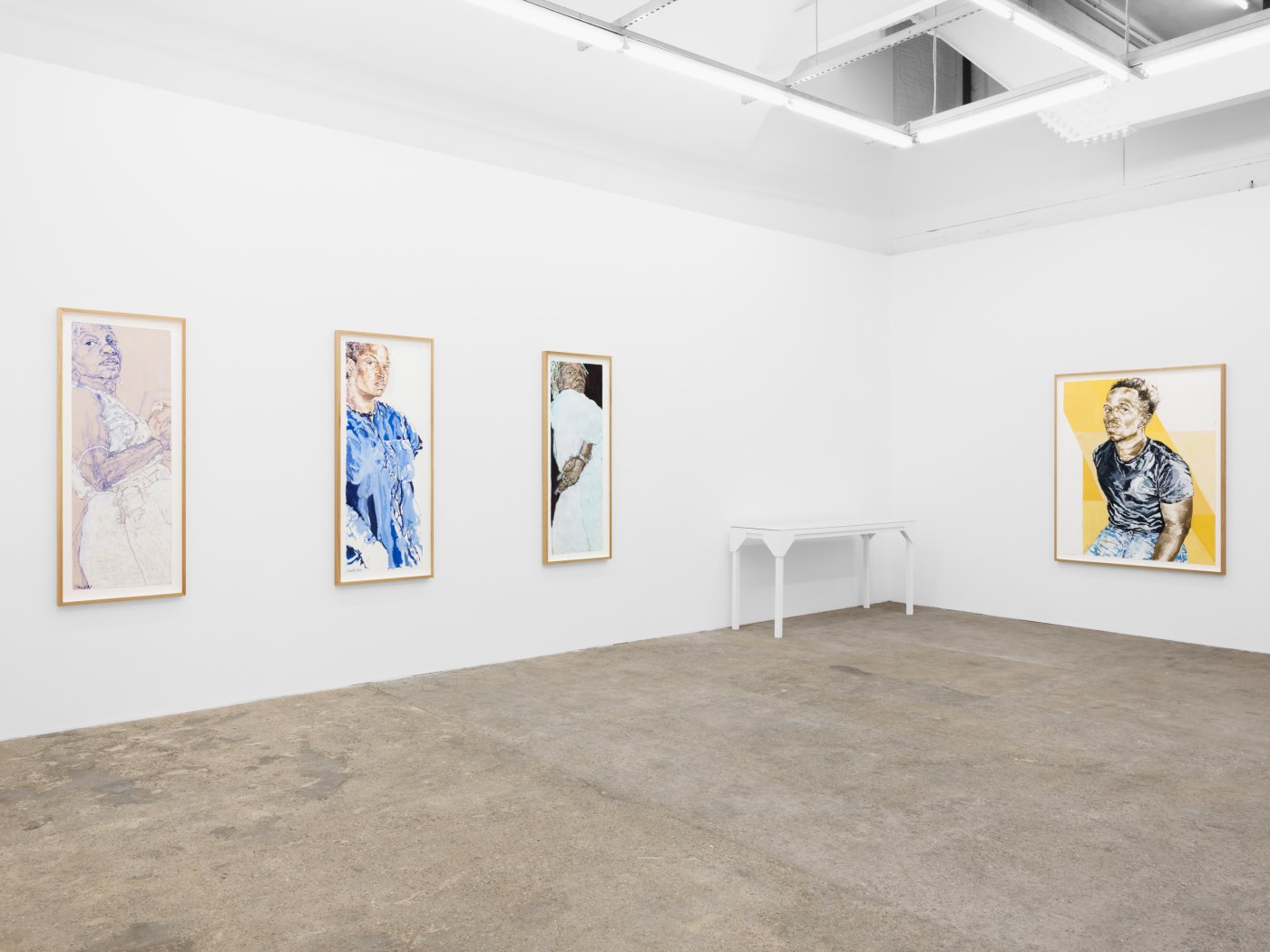 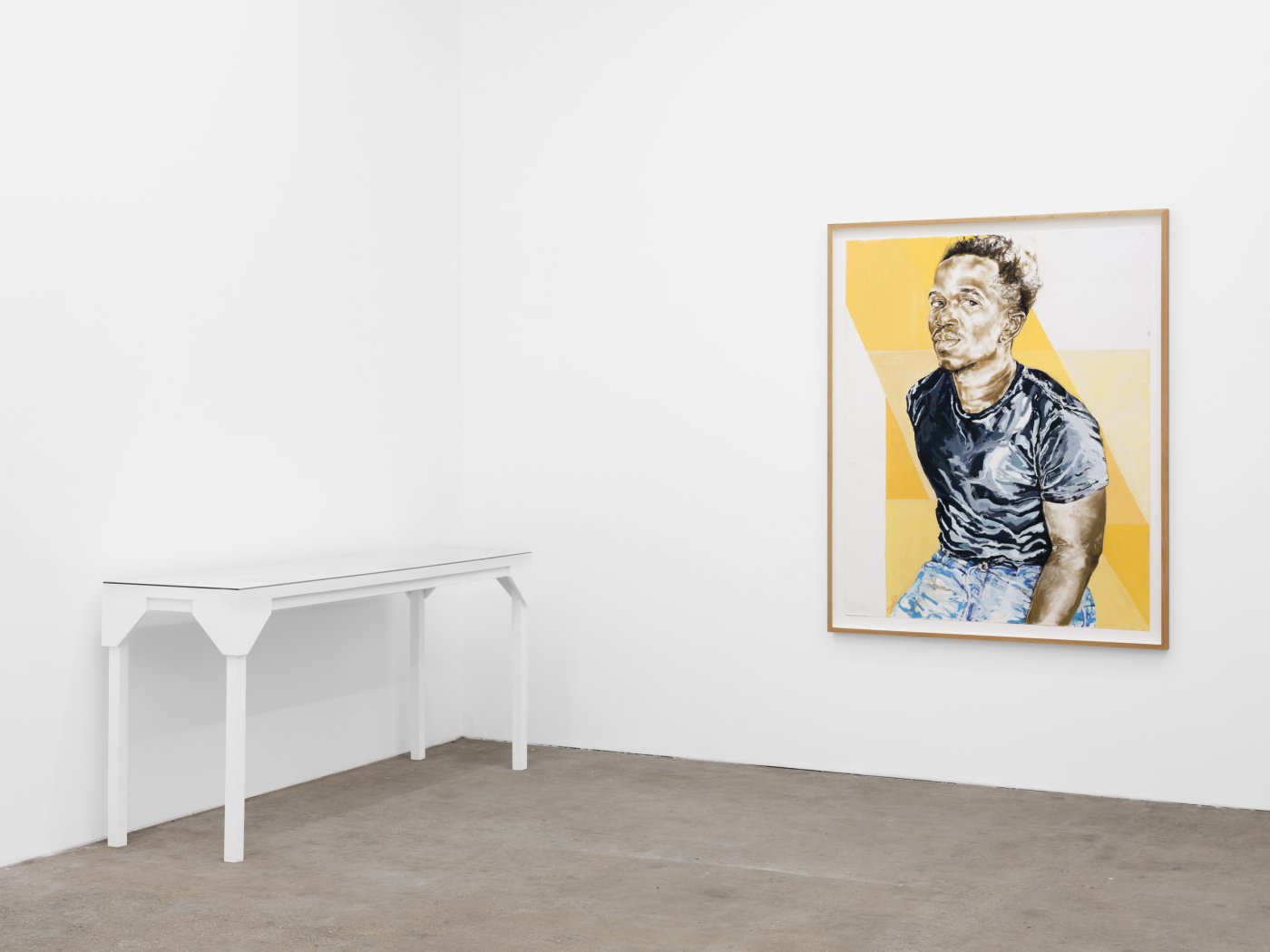 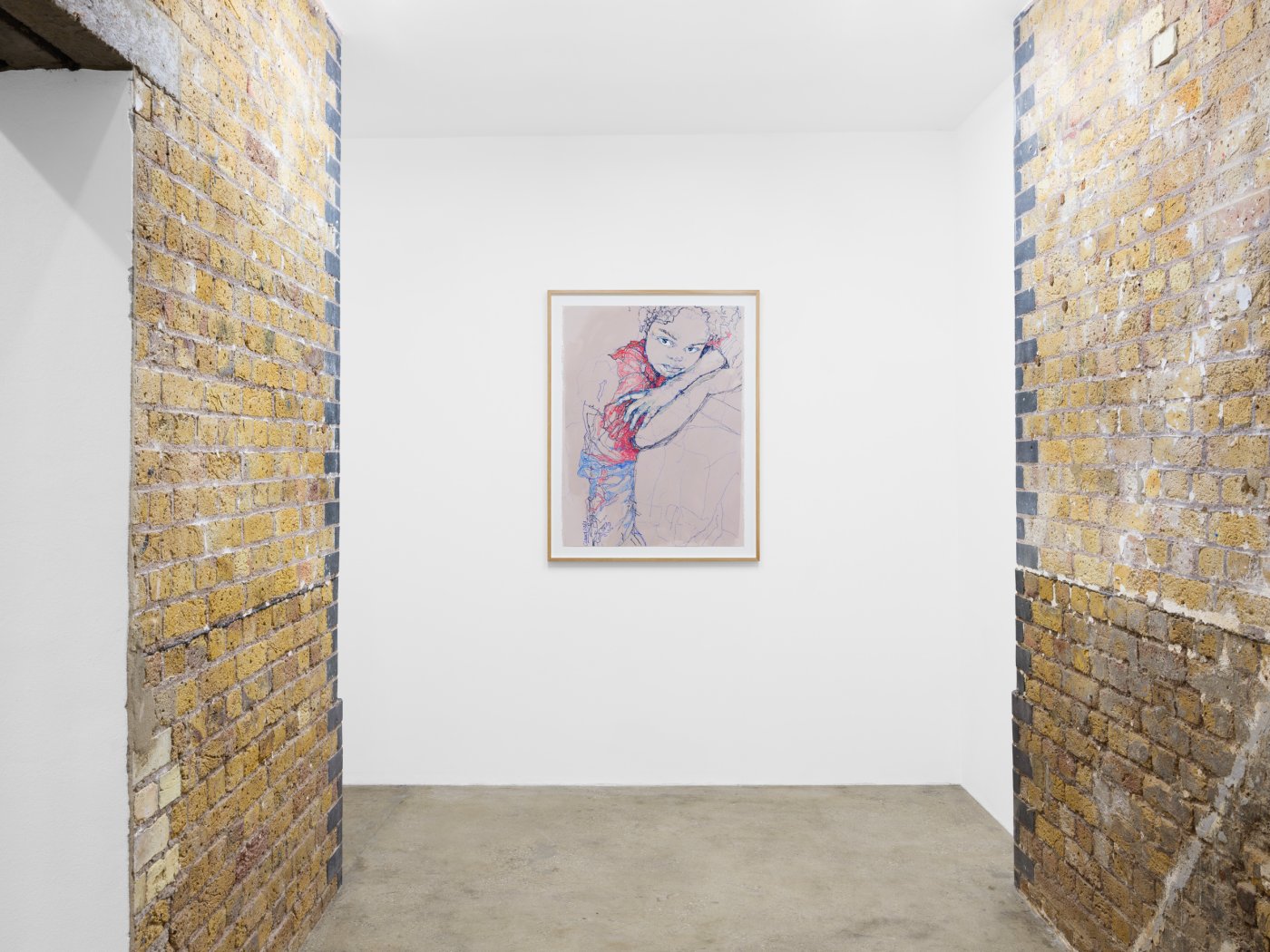 In painting the Black figure, Johnson negotiates both the historic invisibility and relegation of the Black subject as well as the distorting construction of racialised stereotypes. Negotiating the Black figure as form and construct necessarily implicates colonialist histories of racial violence and systemic erasure. Johnson’s centralising of individual subjects, however, provides a restorative correction. The arrangement of scale, composition, gesture and pose carve a place of humanity and personhood in representing subjectivity, at times returning the gaze of the viewer in an attempt to preserve an unmediated encounter. In the depth and detail of the individual’s presence, Johnson addresses the continually contested reality of Black visibility and the lived experience of being seen.

Influenced by the conditions of lockdown, Still Here is rather distinguished by an inward looking perspective. This tonal shift is paralleled by changes of medium, with Johnson painting more frequently with oil and acrylic. Privileging the relationship between artist and sitter, Johnson reframes the process of representation as one of collaboration. These relationships are clarified in Johnson’s detailing: a painting of her nephew depicts the sitter with a faint smirk and side-long gaze, his body accented by a background of unfolding yellow geometries. Other figures assume interrogative or pensive gazes; a child in a parent’s arms is delicately daubed with colour, the terrain of intermixed bodies rendered in perceptive line-work.

A sequence of paintings are composed in long, narrow dimensions. In a self-portrait, Johnson is seen from a low viewpoint as she peers over her shoulder, gazing down to the viewer with a hand on her hip. The steep axis of viewership is accentuated by the contrasting black background and the figure’s overalls, layered in white and blue pigments. As with this figurative painting of defiance, Johnson’s work enables a mode of representation that can meet the figure on their own terms, reclaiming space for their portrayal to articulate their stories, feelings and humanity.

Claudette Johnson (born 1959, Manchester, UK) lives and works in London, UK. Johnson started her career as a founding member of the BLK Art Group, which she joined in 1981 while she was a student at Wolverhampton University. In the 1980s Johnson showed her work in a number of significant shows including Five Black Women, Africa Centre, London, (1983); Black Women Time Now, Battersea Arts Centre, London, (1984); The Thin Black Line, Institute of Contemporary Arts, London, (1985), and In This Skin: Drawings by Claudette Johnson, Black Art Gallery, London, (1992).