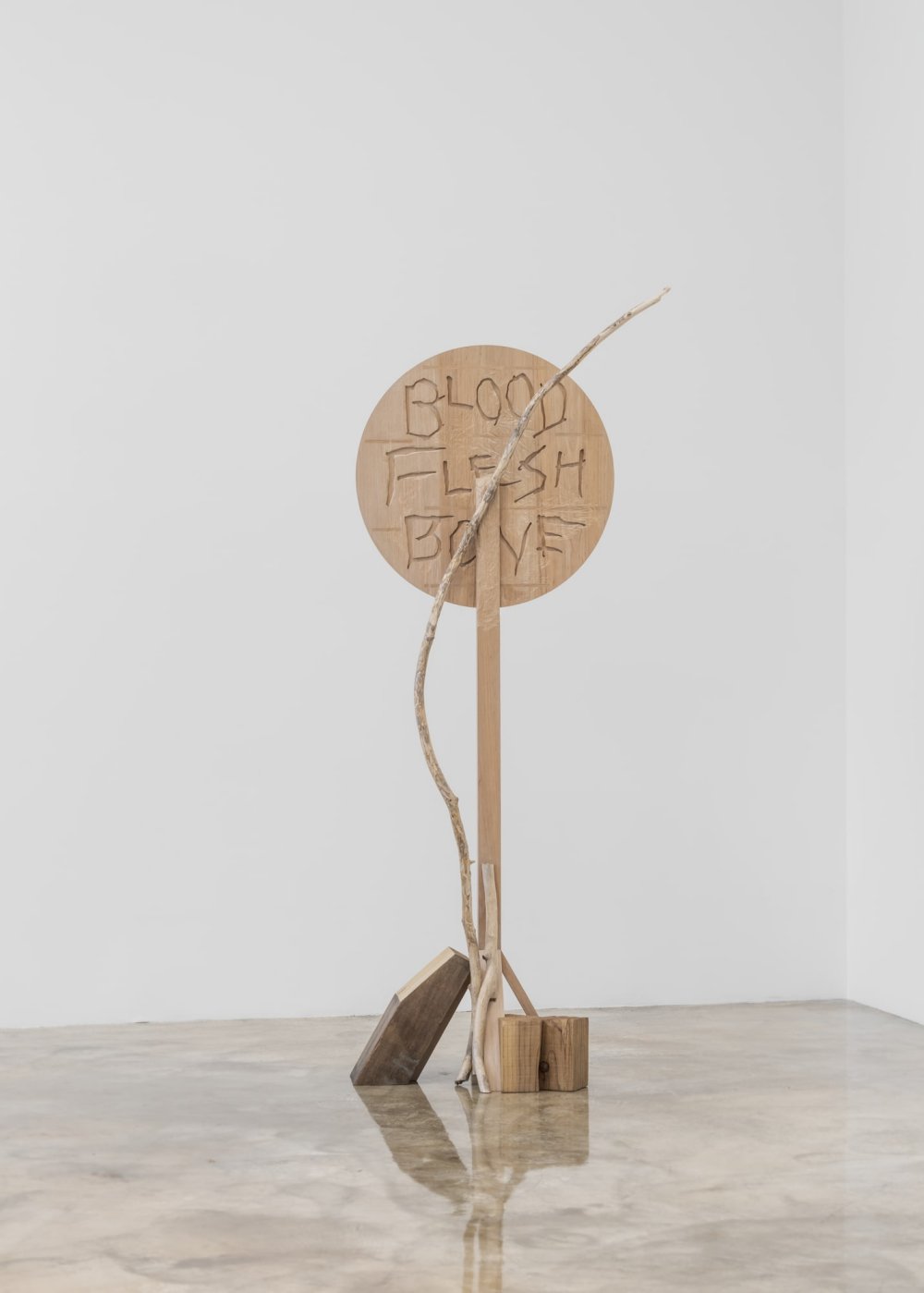 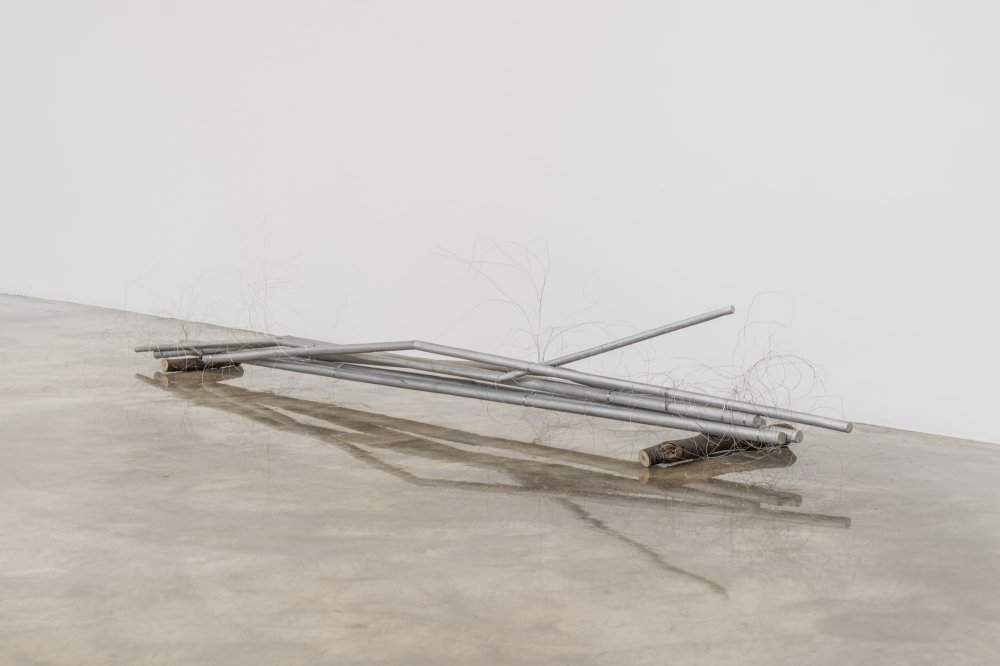 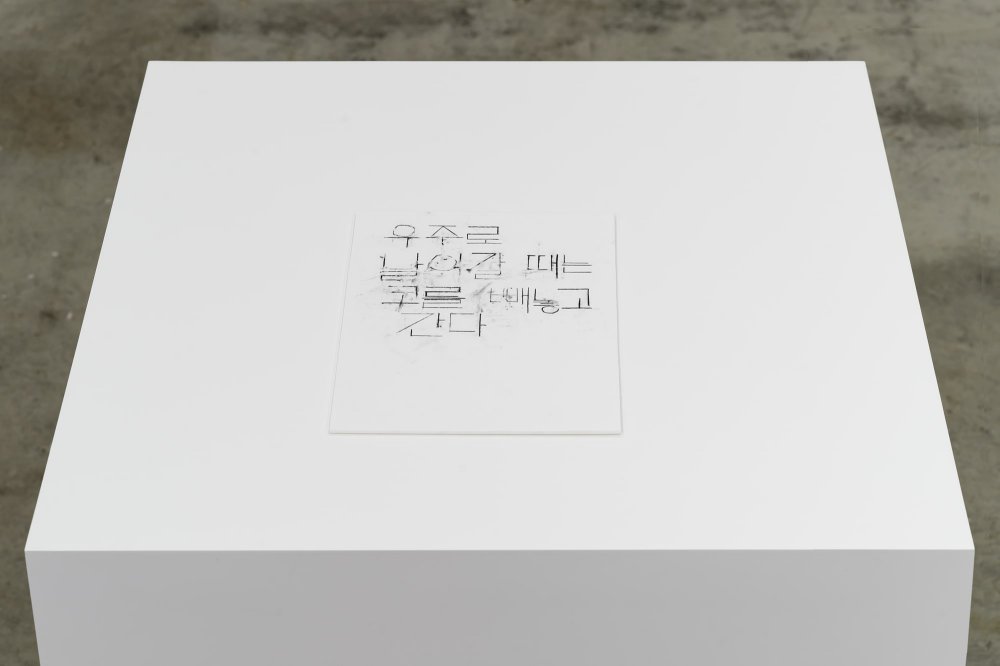 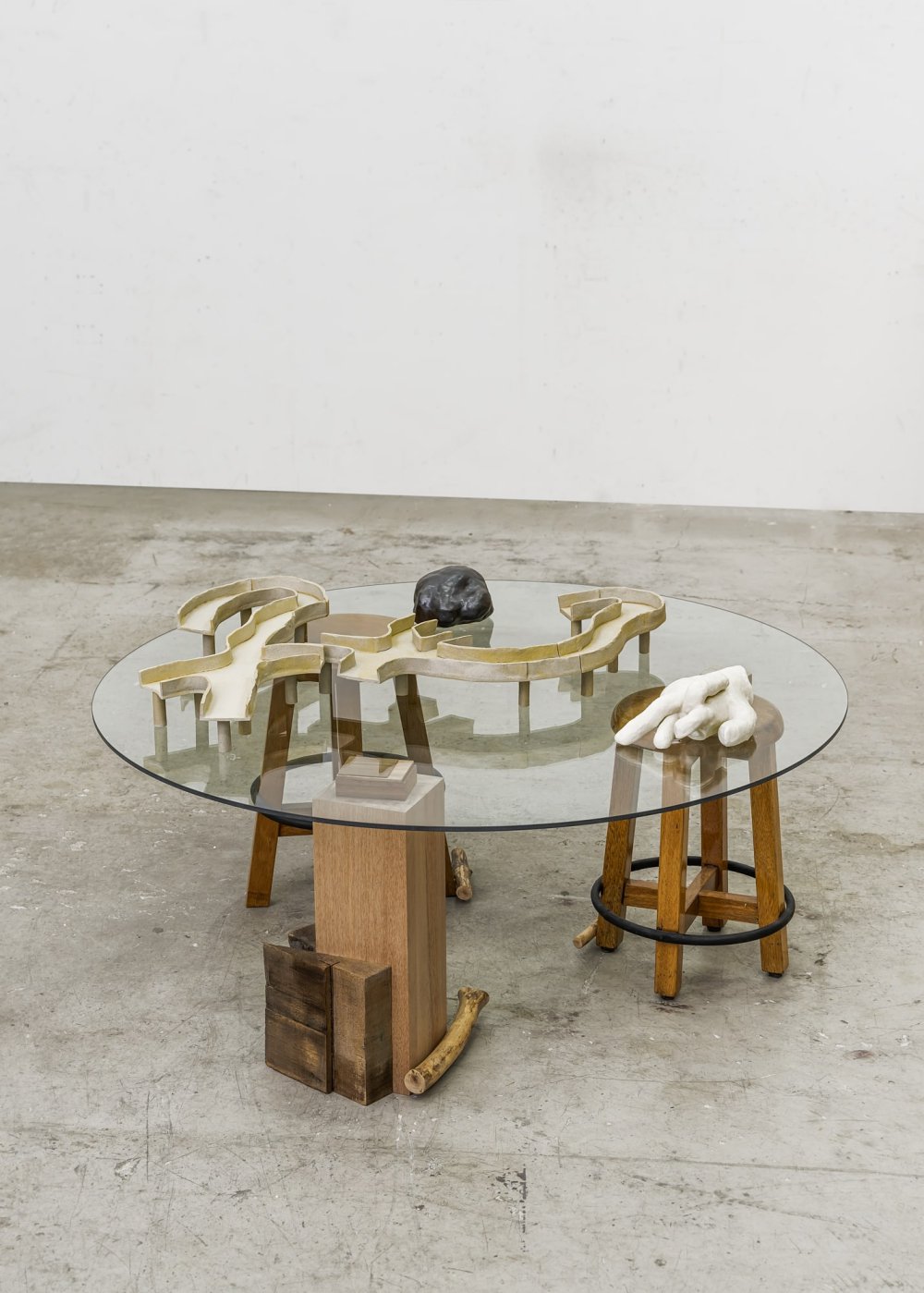 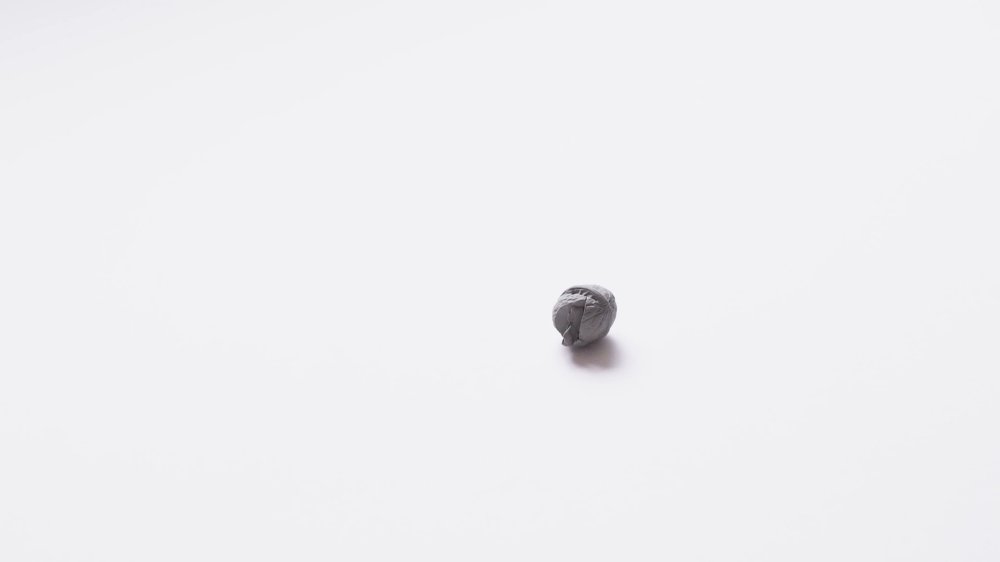 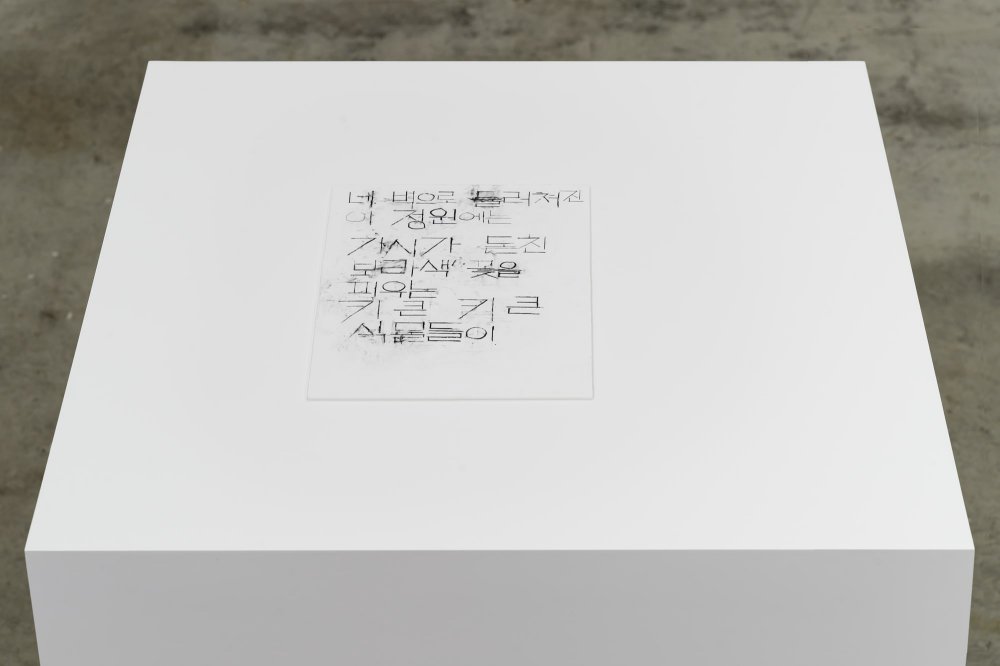 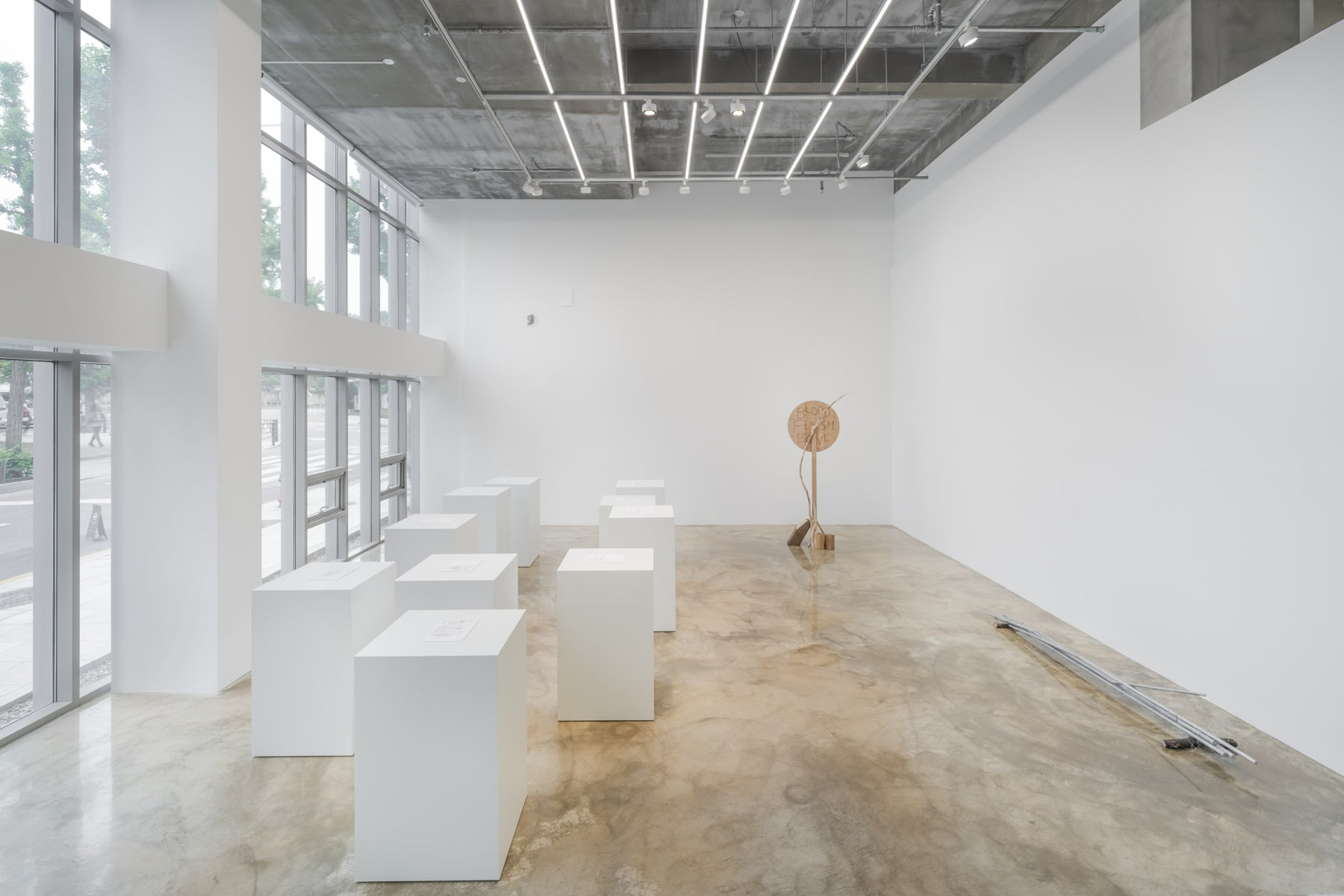 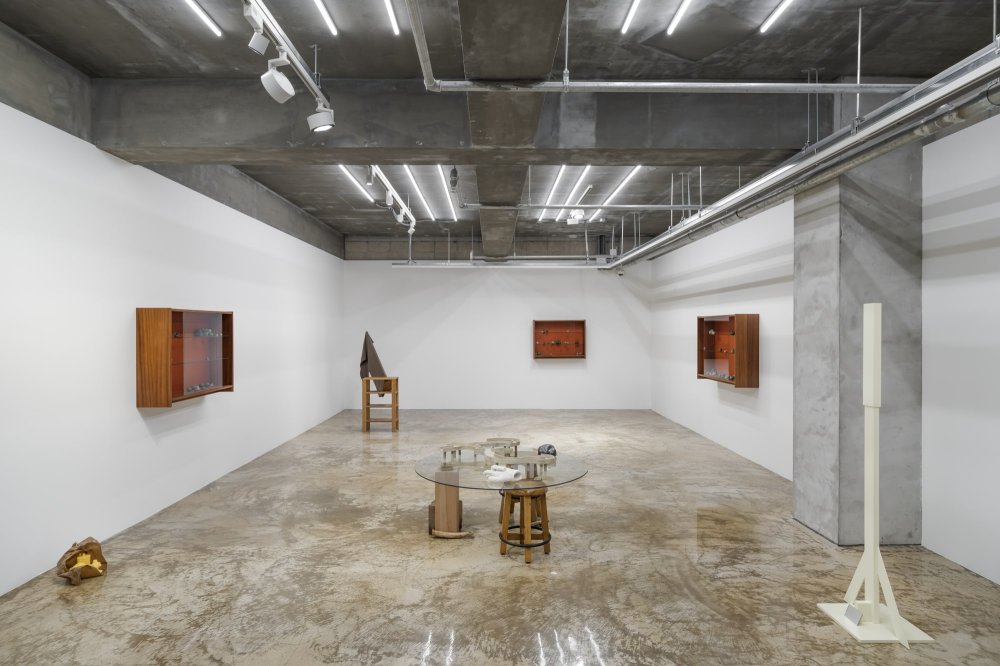 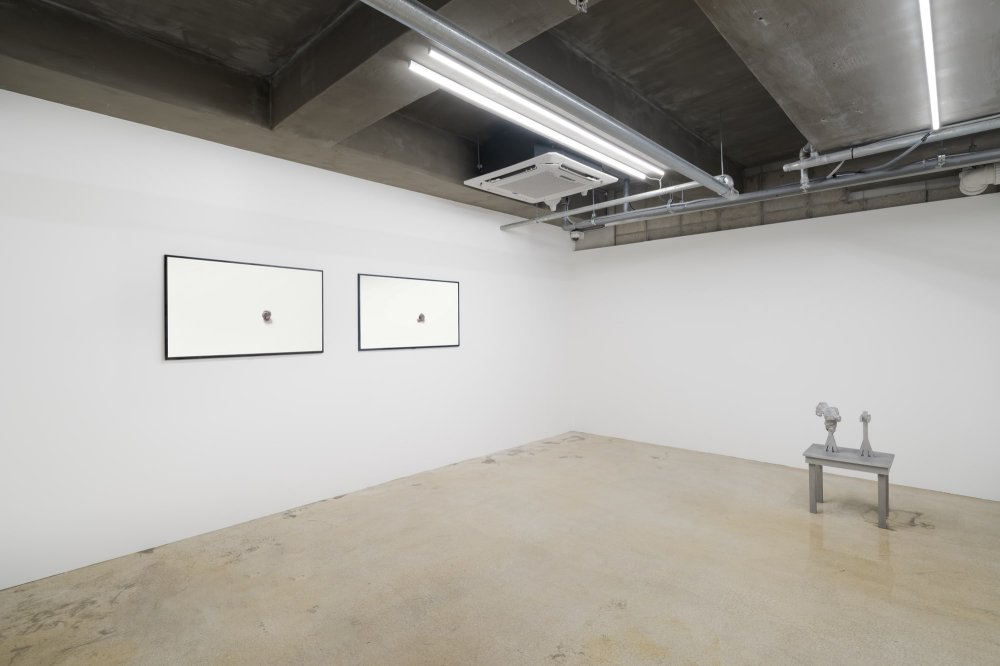 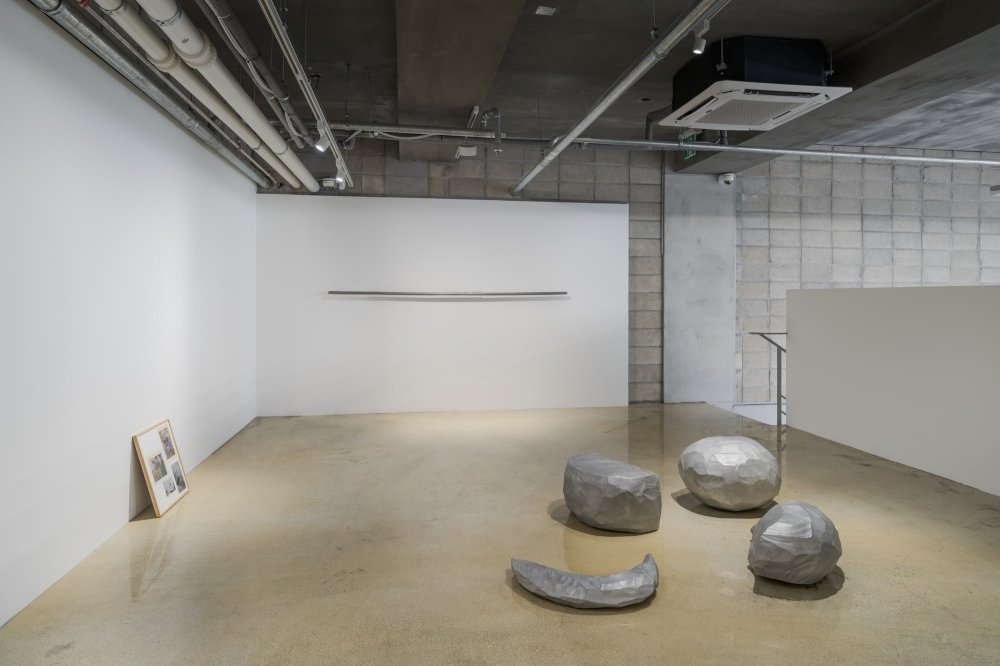 As an artist, Chung Seoyoung played a leading role in the establishment of “Korean Contemporary Art” as a new category of contemporary art in the 1990s. The 1990s in South Korea was a period that saw the conservative, academic social atmosphere of the past abandoned as individualism and consumer-oriented values rooted in material abundance began to flourish. In the Korean contemporary art of the time, attention was shifting away from the conflict between Minjung (people’s) art and modernist painting and moving toward the art of a “new generation” with new aesthetic sensibilities. Chung began producing work that incorporated as sculptural elements the unrealistic divides that were emerging amid the rapidly changing social climate. As she focused on fundamental questions concerning sculpture itself, she incorporated non- sculptural materials found throughout industrialized society – Styrofoam, linoleum, plastic, sponges, plywood, and the like – and transformed them into a sculptural state. In particular, the artist was sensitive in her perception of the “functional objects” situated throughout the everyday landscapes created by accelerated growth. Actively contemplating the “relationship between language and objects,” both as surplus products of the real-world economic structure’s rapid transformation and as evidence of that process, she brought them into the realm of sculpture.

The exhibition’s title, Knocking Air, engenders linguistic performativity, giving rise to an impossible activity (“knocking” on an invisible element like air) while creating anticipation for the unpredictable situations that arise from it. For the English-language title of the exhibition, the artist used a phrase that appeared when she entered the Korean phrase gonggireul dudeuryeo into Google Translate – a “Googlish” translation, as she has described it. This process shares some similarities with the artist’s flexible patterns of thinking in guiding objects and languages to form relationships outside of standards of “right” and “wrong.” The exhibition consists of 27 new and past works, including The World (2019), a video showing a walnut sculpture cast with plasticine; Walnut (2020), in which plastic walnut sculptures are scattered like dust within a showcase; Blood, Flesh, Bone (2020), a wooden sign bearing the words “blood, flesh, bone” (important material elements without clear form) in an organic script; Yellow, It (2020) and Dark Red, It (2020), two metal columns that have been assigned the role of supports underpinning time; and other works of ceramics, text, and drawing. Though quite concrete as objects, they are distributed throughout the space in such a way that the relationships and significance between them cannot be easily surmised. Originating in her free contemplation of objects, Chung’s sculptures create a new dimension, a fictional and poetic realm that separates away from the inner moments established between the artist and the objects. Through the unknown territory that emerges unexpectedly from these combinations of strange and different objects, one encounters the “extraordinary moments when an object becomes sculpture.”

Cheong Seoyoung (b.1964, Seoul) studied sculpture at Seoul National University and the State Academy of Fine Arts in Stuttgart. In the mid-1990s, she began her activity as a sculptor within the context of Korean contemporary art. She was a representative artist for the Korean Pavilion at the 50th Venice Biennale and has held solo exhibitions at Portiks Frankfurt, Art Sonje Center, Atelier Hermès, and Ilmin Museum of Art. She has also taken part in group exhibitions at the 4th and 7th Gwangju Biennale, Plateau, the National Museum of Modern and Contemporary Art (Korea), the Mediacity Biennale, Shiseido Gallery (Tokyo), Taipei Fine Arts Museum, and the Hong Kong Arts Centre. She has been honored with the Kim Se-jung Sculpture Award, artist support from the state of Baden-Württemberg, and arts foundation support, and a number of her works are included in the collections of various public and national museums and institutions in South Korea, including the National Museum of Modern and Contemporary Art, Seoul Museum of Art, Gyeonggi Museum of Art, Art Sonje Center, and Platform-L.