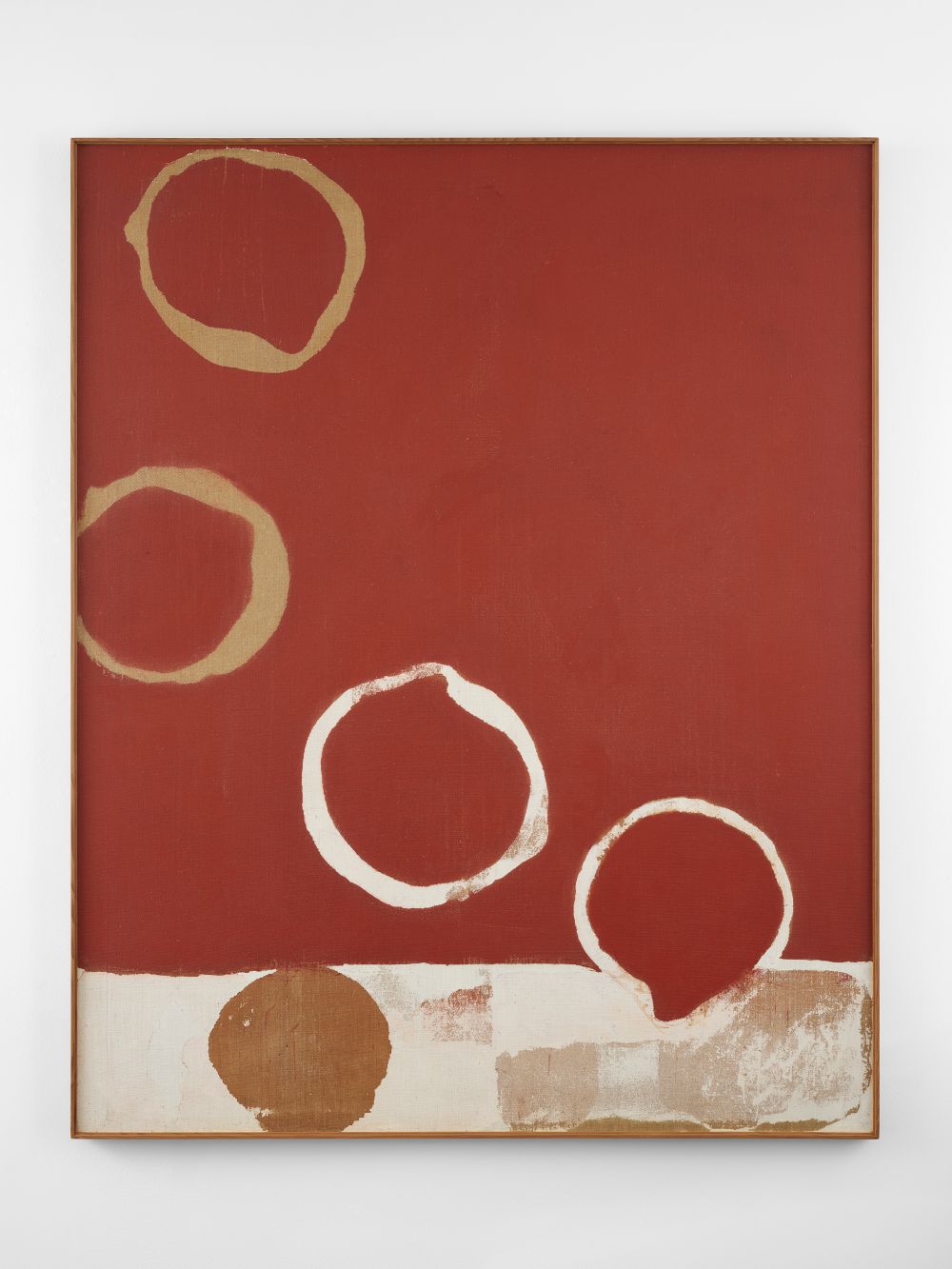 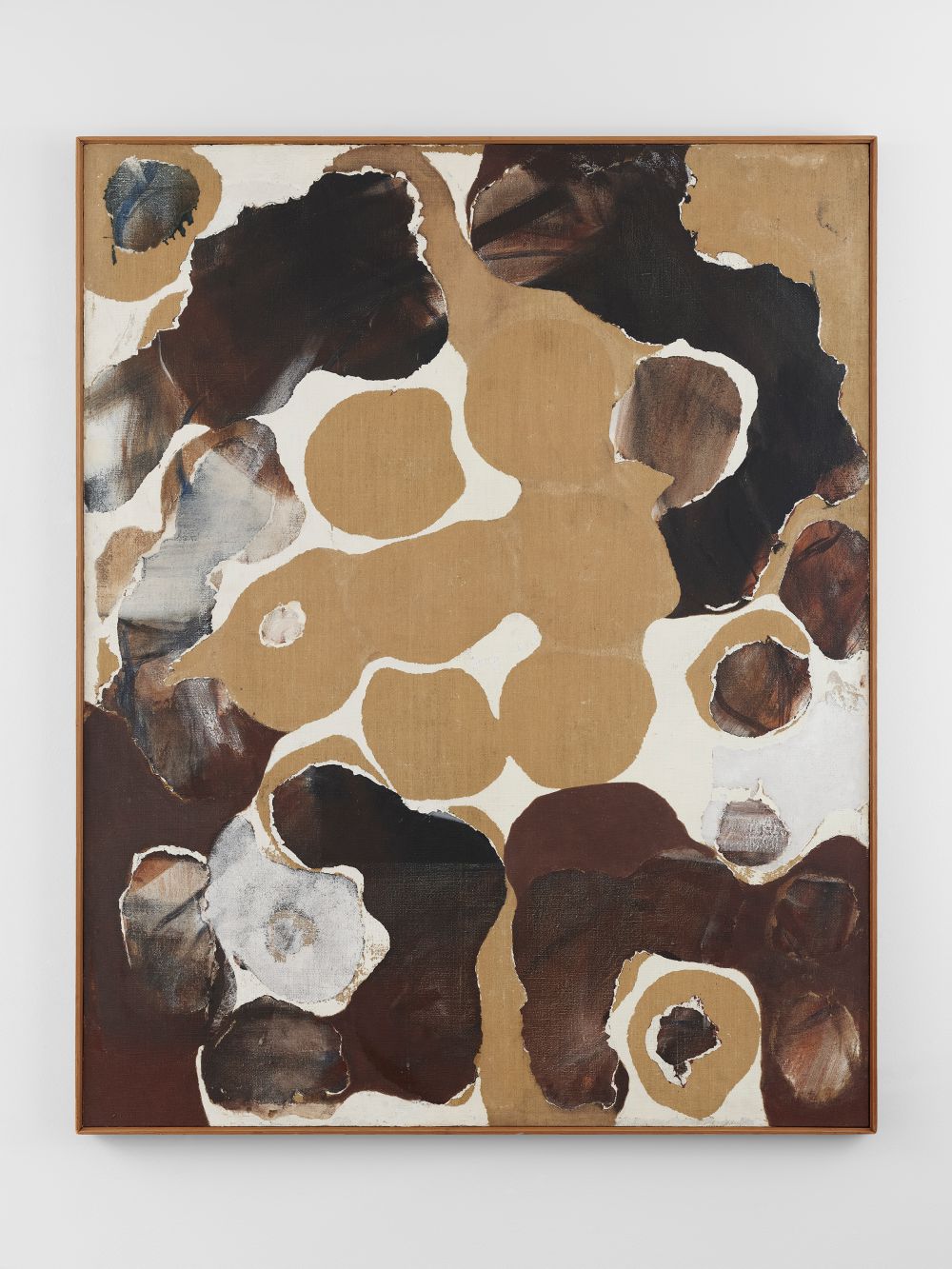 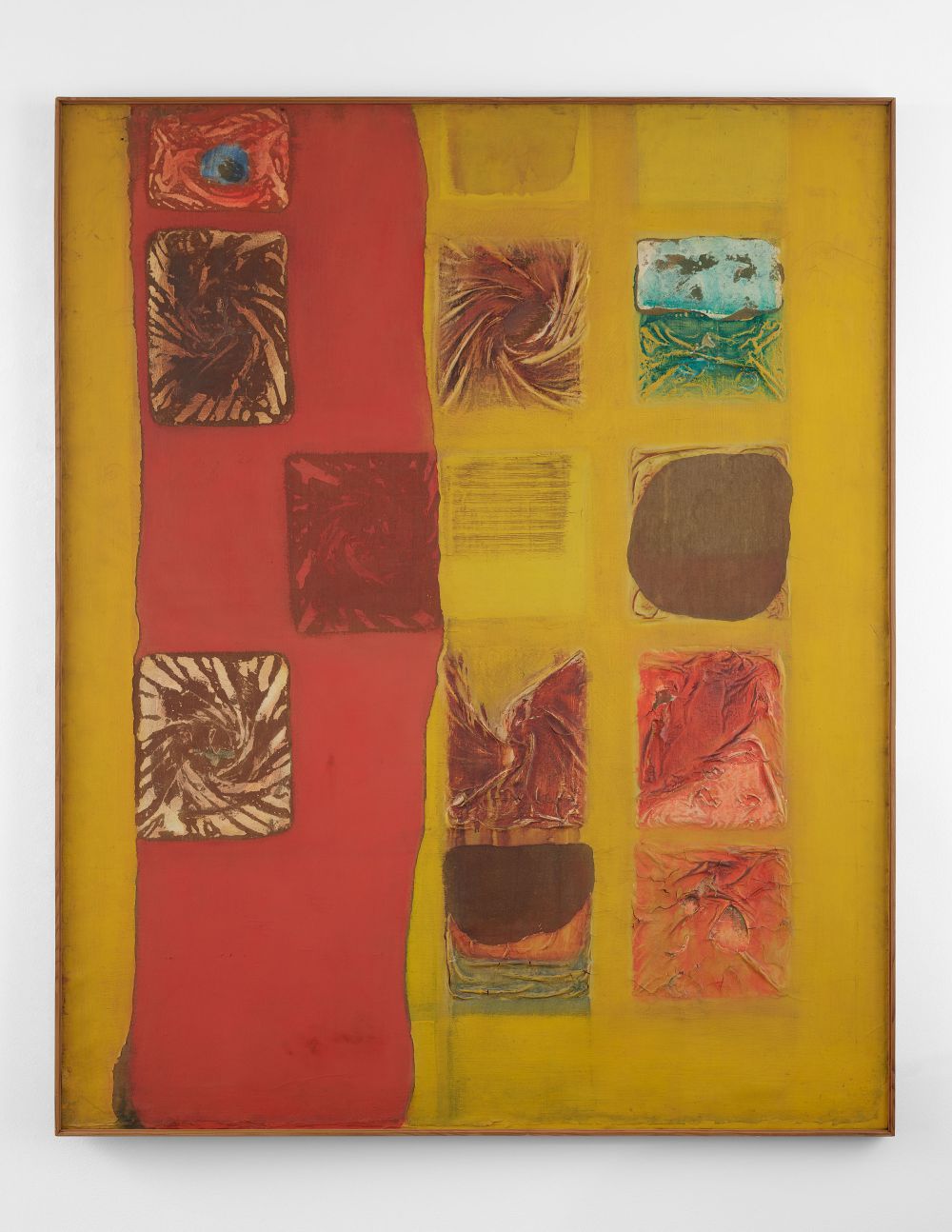 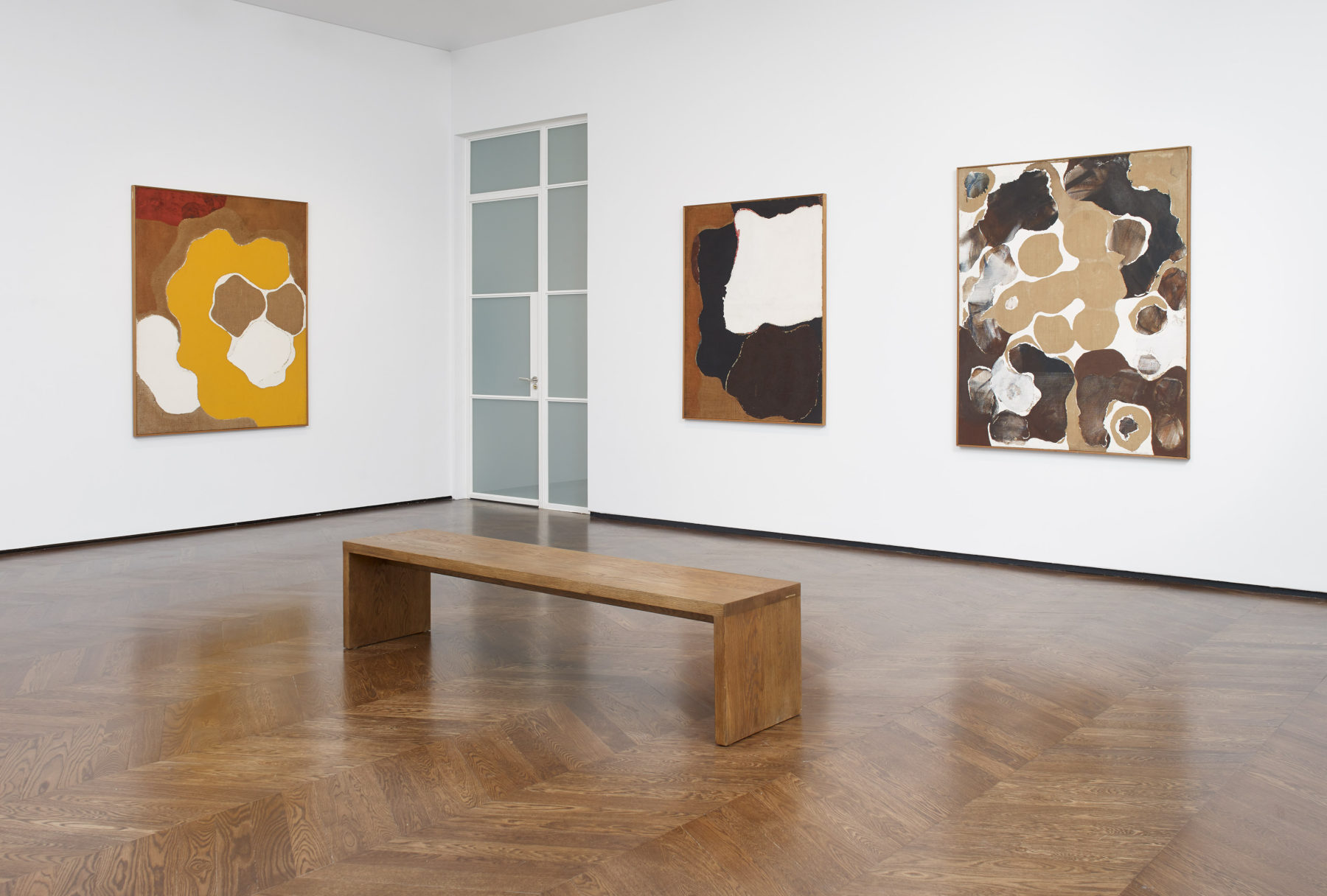 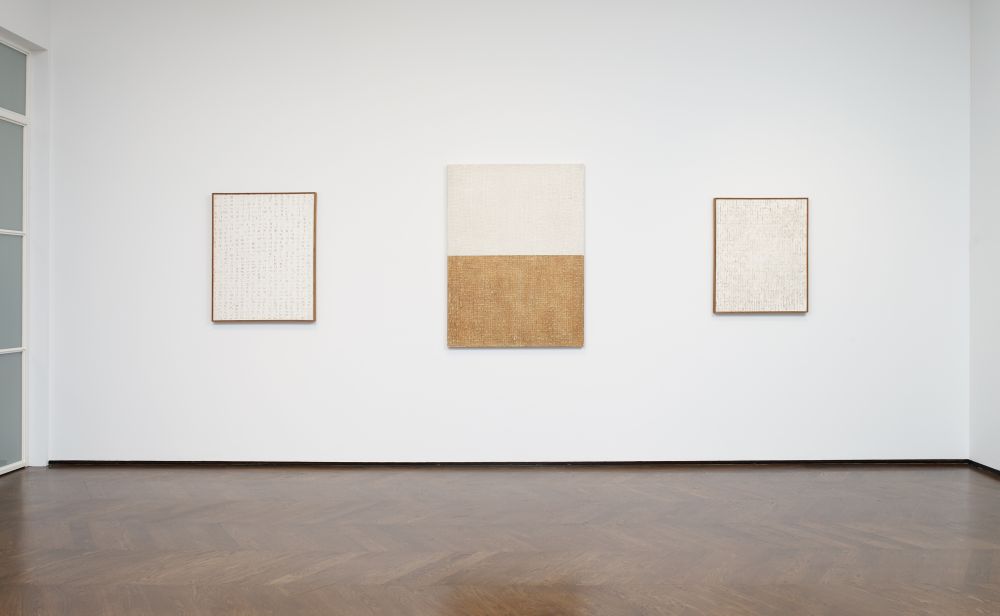 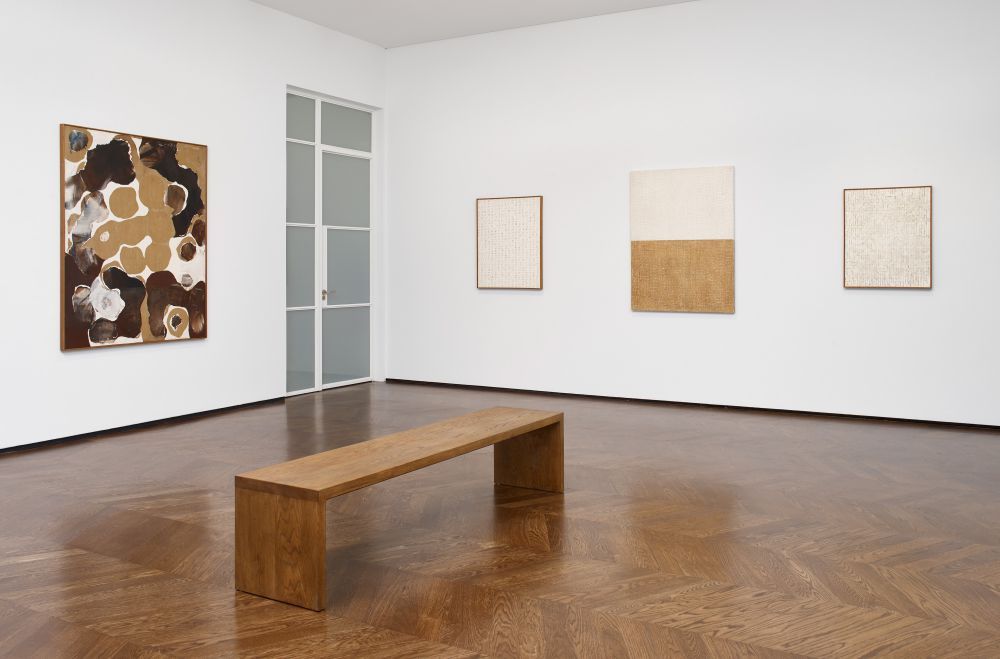 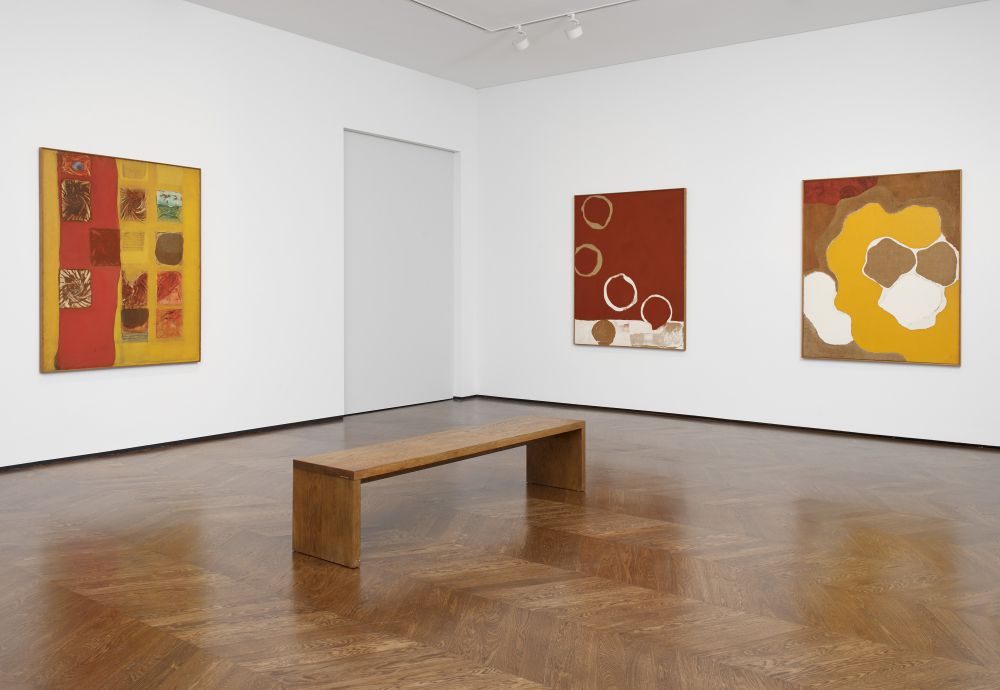 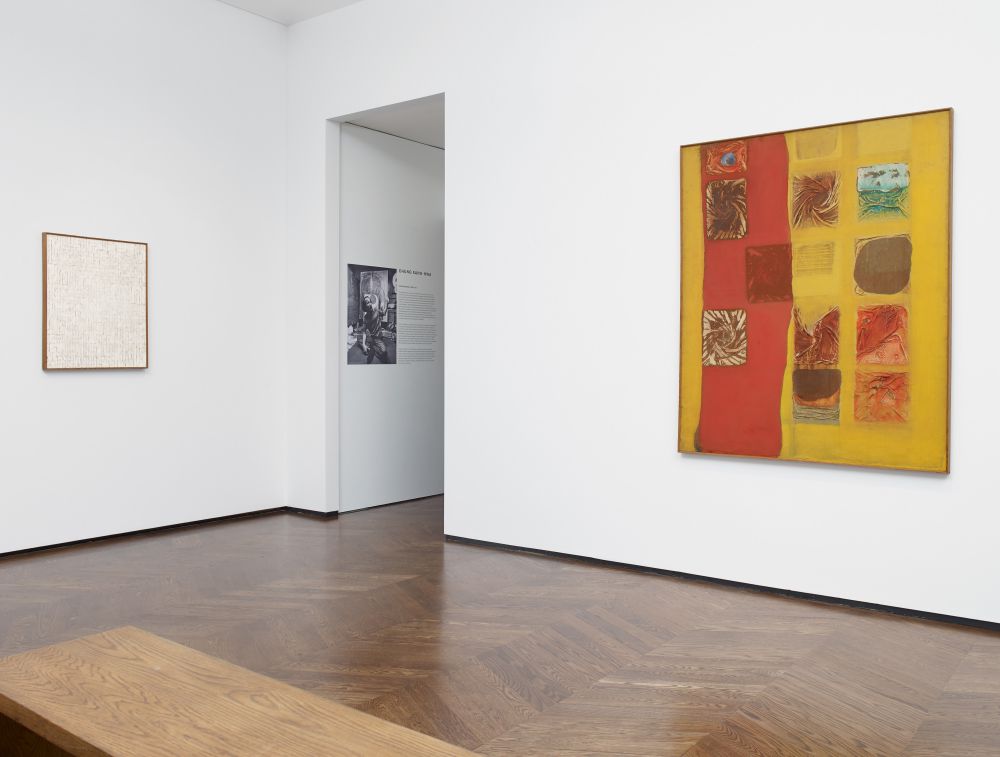 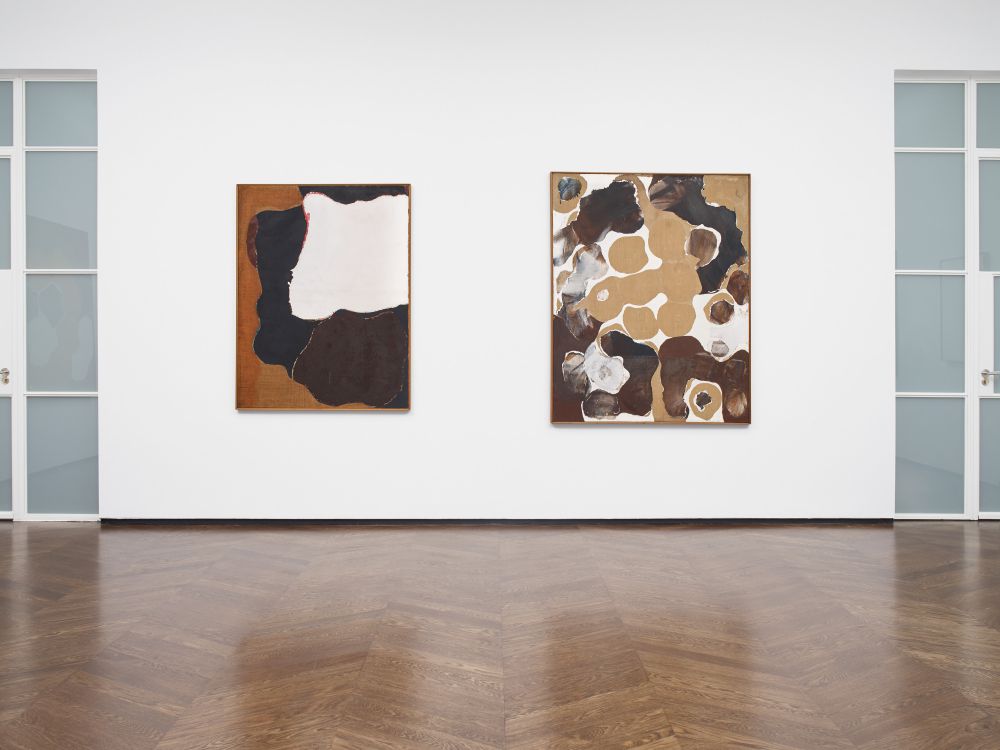 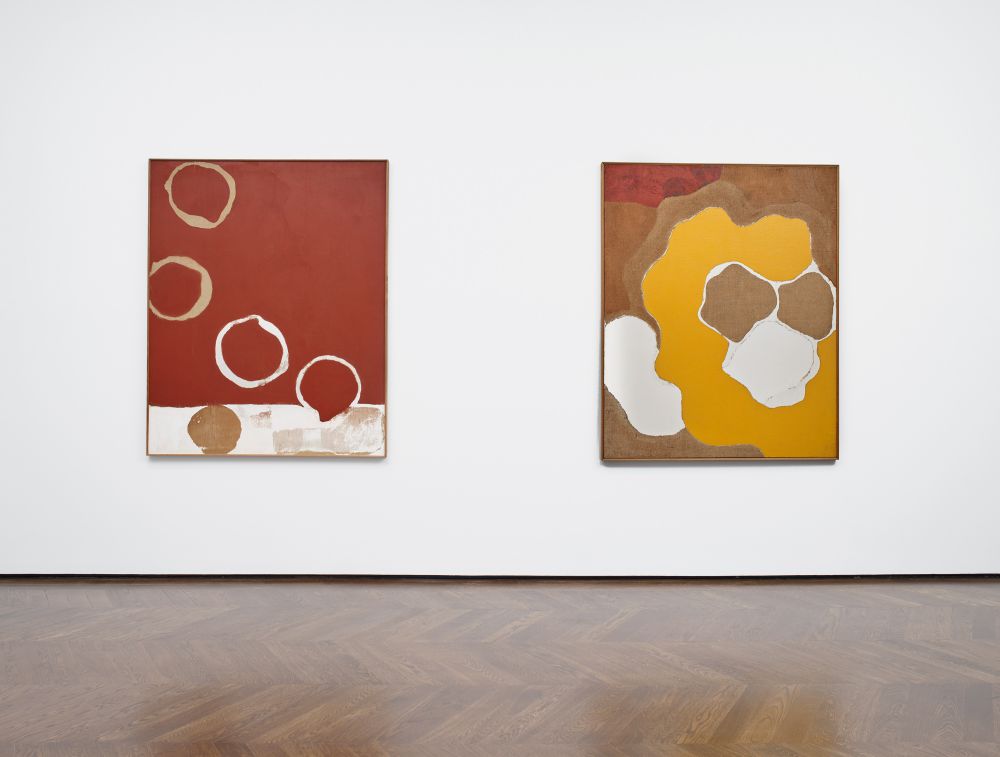 Presented at Lévy Gorvy’s space in Mayfair, Excavations includes works from a crucial period in which the Korean master was immersed in the international avant-garde milieus of both Asia and Europe. The paintings on view illuminate the conceptual and technical trajectories that led Chung to the profoundly original, finely honed approach that defines the art of his mid- and late career. By highlighting the eclectic transnational influences in which Chung was immersed throughout the 1960s and ’70s, the exhibition provides rare insight into the progression of his practice, in order to galvanise discourse surrounding Chung’s singular approach to the medium. Travelling from Lévy Gorvy’s space in New York, Chung Sang-Hwa: Excavations, 1964–78 is organised in collaboration with Gallery Hyundai.

In 1932, Chung was born in Yeongdeok, in what was then Japanese-ruled Korea. He graduated from Seoul National University in 1956, three years after an armistice brought an uneasy end to the Korean War. Chung’s early paintings hewed closely to Korean informel, an abstract style reminiscent of American Abstract Expressionism and European Informel. Work 64-13 (1964)—the earliest included in Excavations—is characteristic of his early approach, featuring a dark palette that foregrounds its plastic elements while allowing the gestural variations of the artist’s hand to remain present.

As the 1960s progressed, Chung began to focus his exploration of specific chromatic relationships—notably earthy reds and rich oranges, observable in Work 65-2 (1965) and Work 68-32 (1968)—and moved into in-depth investigation of the textural possibilities of non-traditional materials like kaolin clay. In 1963, Galerie Lambert in Paris invited him to participate in Les jeunes peintres coréens, a presentation of young Korean artists working in abstraction. This first exposure in Europe proved consequential: Chung moved to Paris in 1967, frequenting galleries and museums and refining his unorthodox techniques in an environment more amenable to artistic experimentation.

In 1969, the artist relocated to Kobe, Japan, where he was close to Jiro Yoshihara, Kazuo Shiraga, and other artists associated with the avant-garde Gutai group. The paintings from this period feature resolutely abstract compositions that initially appear to be painted intuitively, but are in fact composed as a regimented structure of adjacent circles, as seen in Work K-3 (1970) and Work 70-9-15 (1970)—a framework that Chung strategically revealed and obscured through his methodical layering and removal of materials. He developed this systematic approach to composition until, in the late 1970s, he arrived at the grid-like rectilinear elements found in Untitled 78-11-29 (1978). Chung returned to Paris in 1977, where he would live for fifteen years before settling into the rural South Korean Gyeonggi Province studio where he continues to work today.

During the formative decades that are the focus of Excavations, Chung developed his innovative mixture of kaolin clay and glue, which he combines with acrylic and oil paints, graphite, and Korean mulberry paper to develop his distinctive multilayered canvases. Continuously honing his technique, he selectively applies, attaches, and removes his materials, interacting with each canvas in a ritualistic manner. Through an intricate, multi- step process, Chung has perfected the subtly textured bas-relief surfaces for which he become known, establishing himself as a leading figure of the Korean postwar Dansaekhwa movement.

The exhibition is accompanied by a publication, available 3 April, featuring an interview with the artist, a text by art critic Barry Schwabsky, and a translation of an excerpt by author Shin Young-Bok translated by David McCann, Korean Foundation Professor of Korean Literature at Harvard University.

Chung has exhibited extensively in Korea and internationally since the 1960s. He has participated in the Paris Biennale (1965), São Paulo Bienal (1967, 1973), Gwangju Biennale (2000), and the Mediations Biennale, Poznań, Poland (2008). In 2011, his solo exhibition Chung Sang-Hwa: Painting Archeology was mounted at the Musée d’Art Moderne de Saint-Étienne Métropole, France.