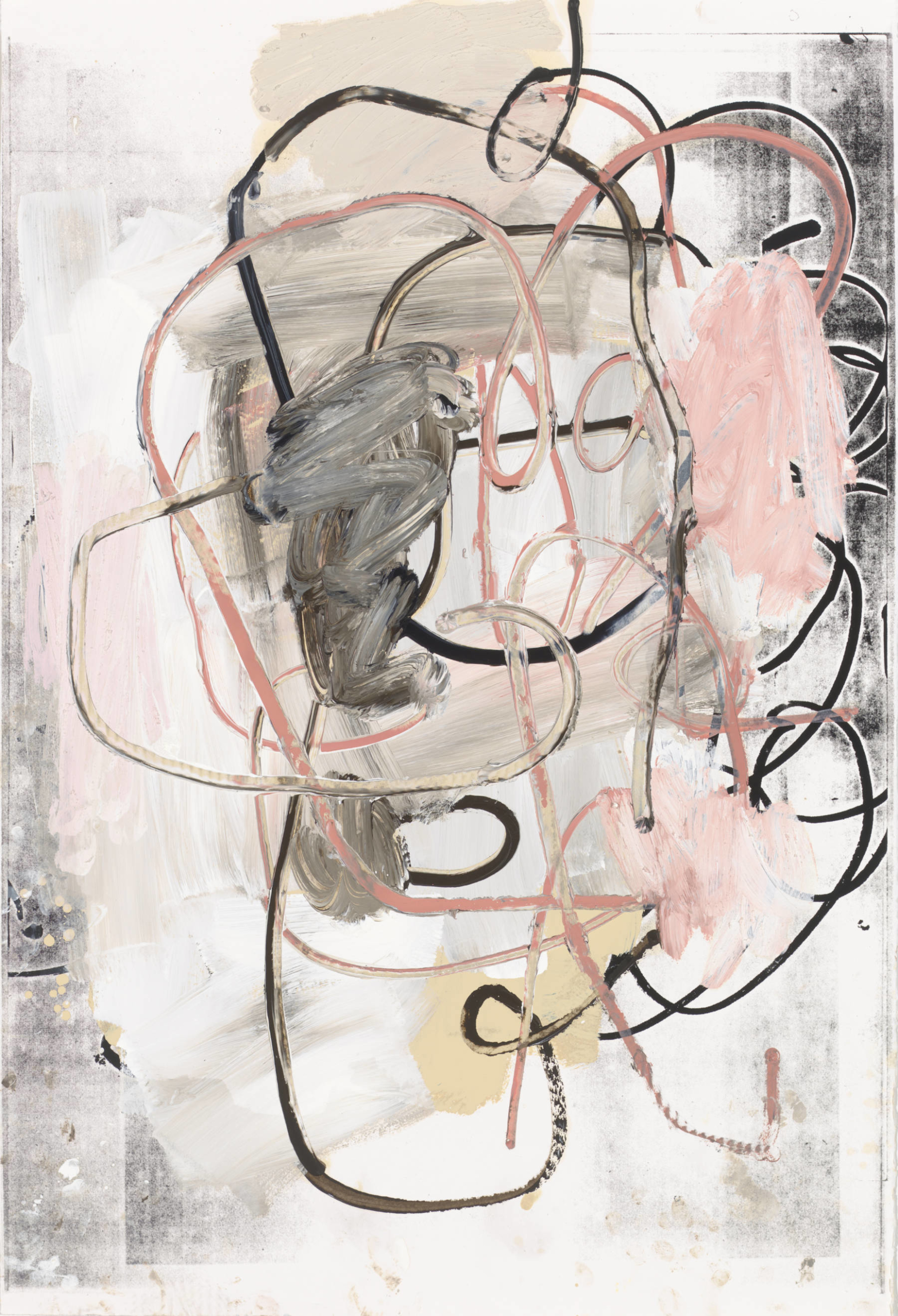 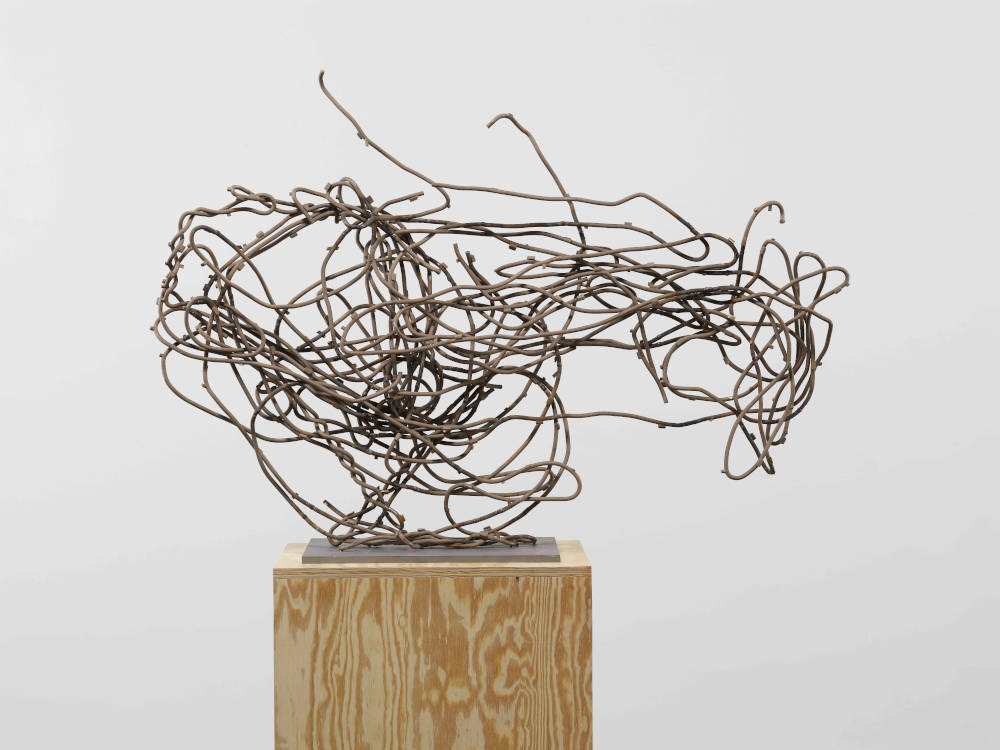 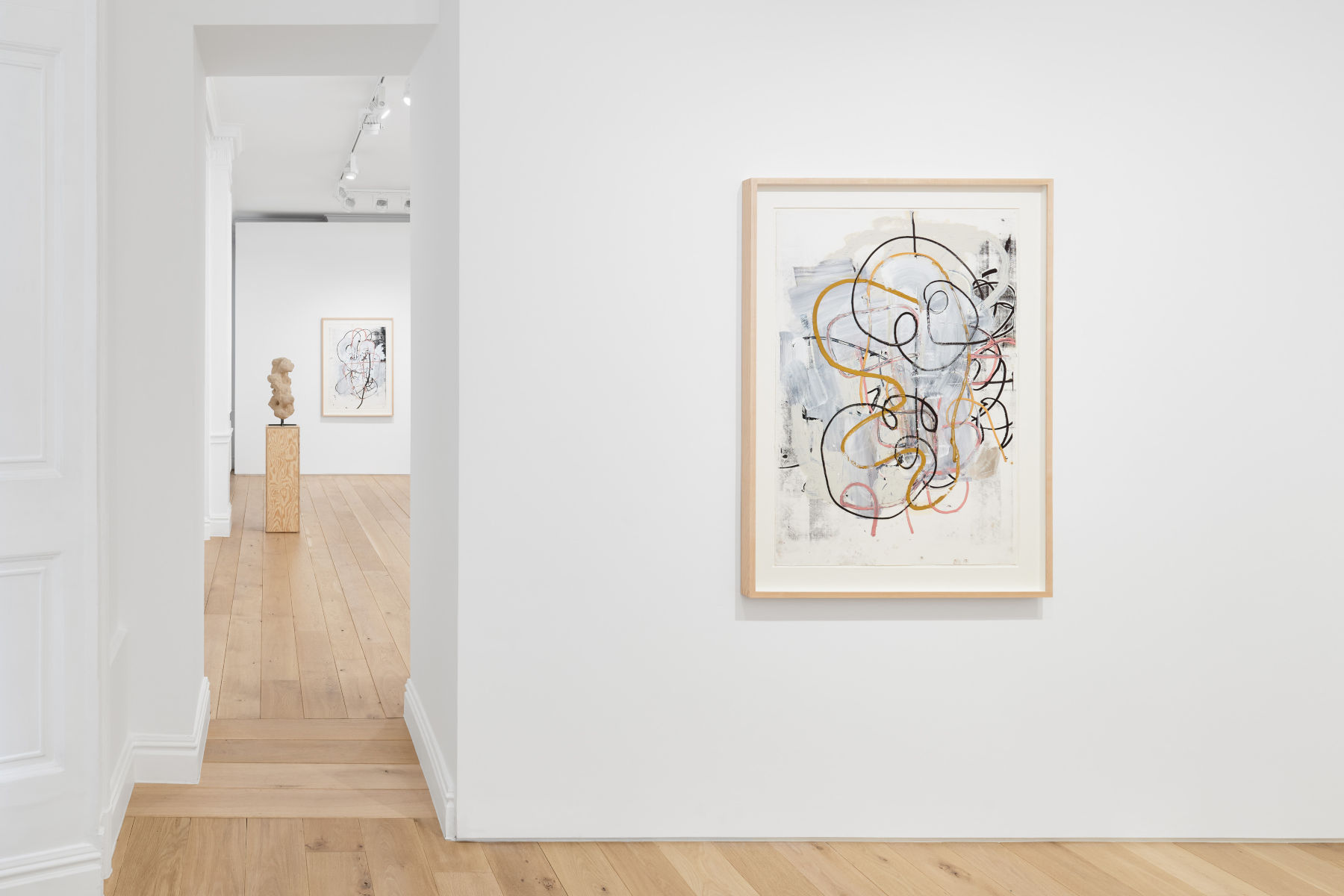 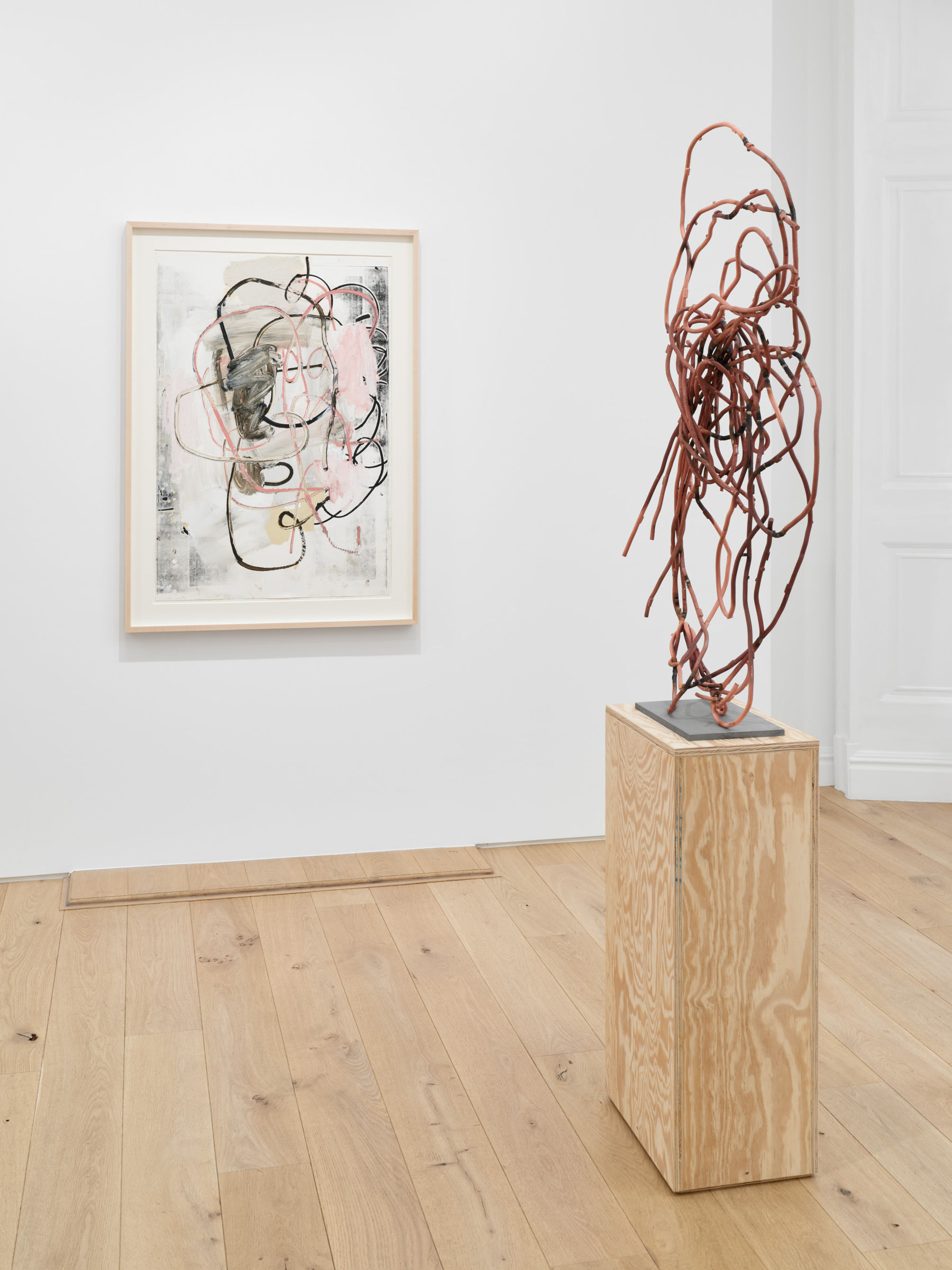 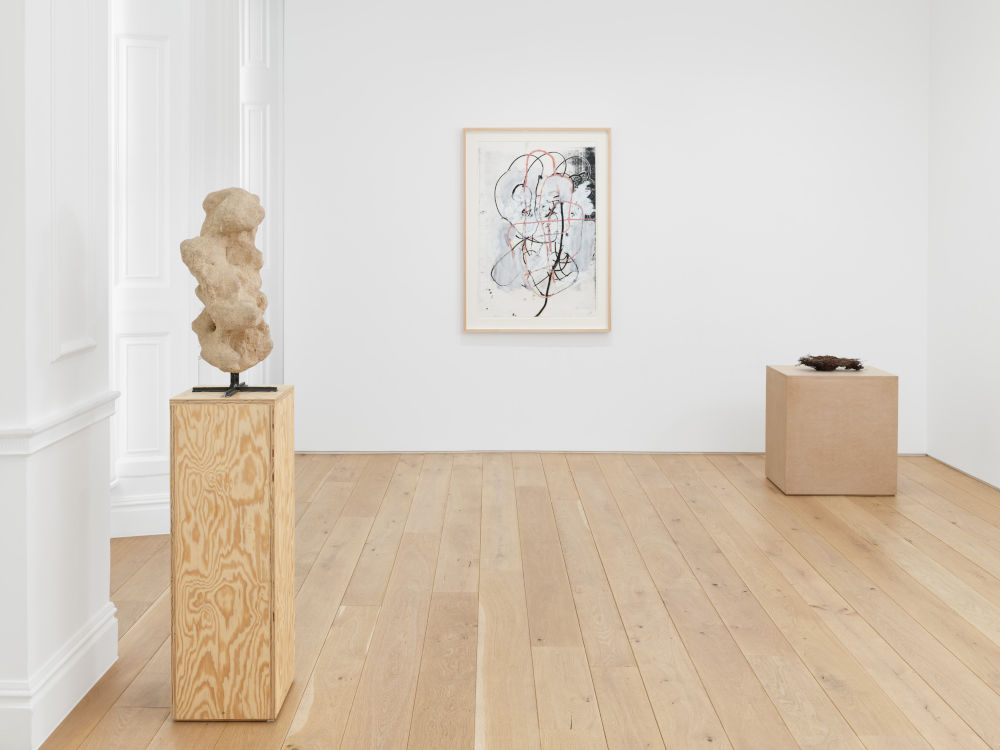 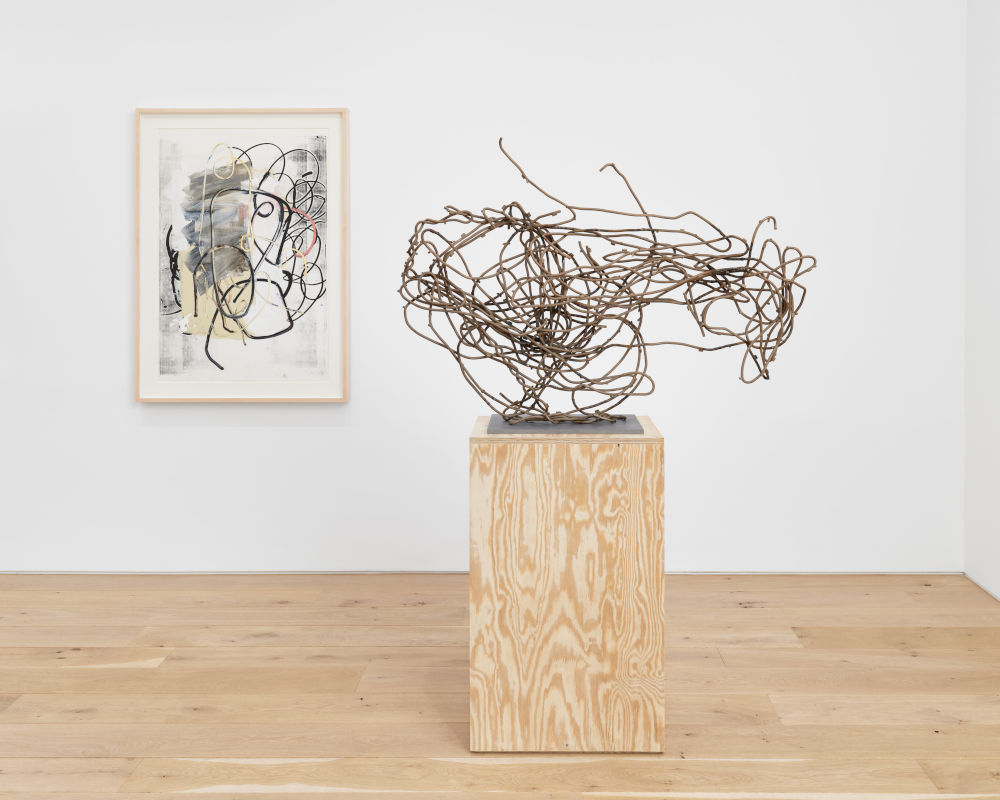 Integrating both mechanical and analogue processes, the works on paper combine a silkscreen printing process, overpainted with oil and enamel. In these layered works Wool blurs the division between painting and printing, reproduction and original.

Sourced from the open landscape of the desert, the structure of the metal sculptures is drawn from tangled ranching wire found on the artist’s property in Marfa, Texas. The twisted and looping three-dimensional structures evidence Wool’s affinity for the line and continue his open-ended experimentation with form.

A single-artist presentation of Christopher Wool’s work is currently on view at the Broad, Los Angeles until 31 December 2020. The in-depth installation features works spanning from 1985 to 2015.