Christopher Myers: I Dare Not Appear

Christopher Myers: I Dare Not Appear

For the inaugural edition of Frieze No.9 Cork Street, James Cohan is pleased to present I Dare Not Appear, a solo exhibition of new work by Christopher Myers. 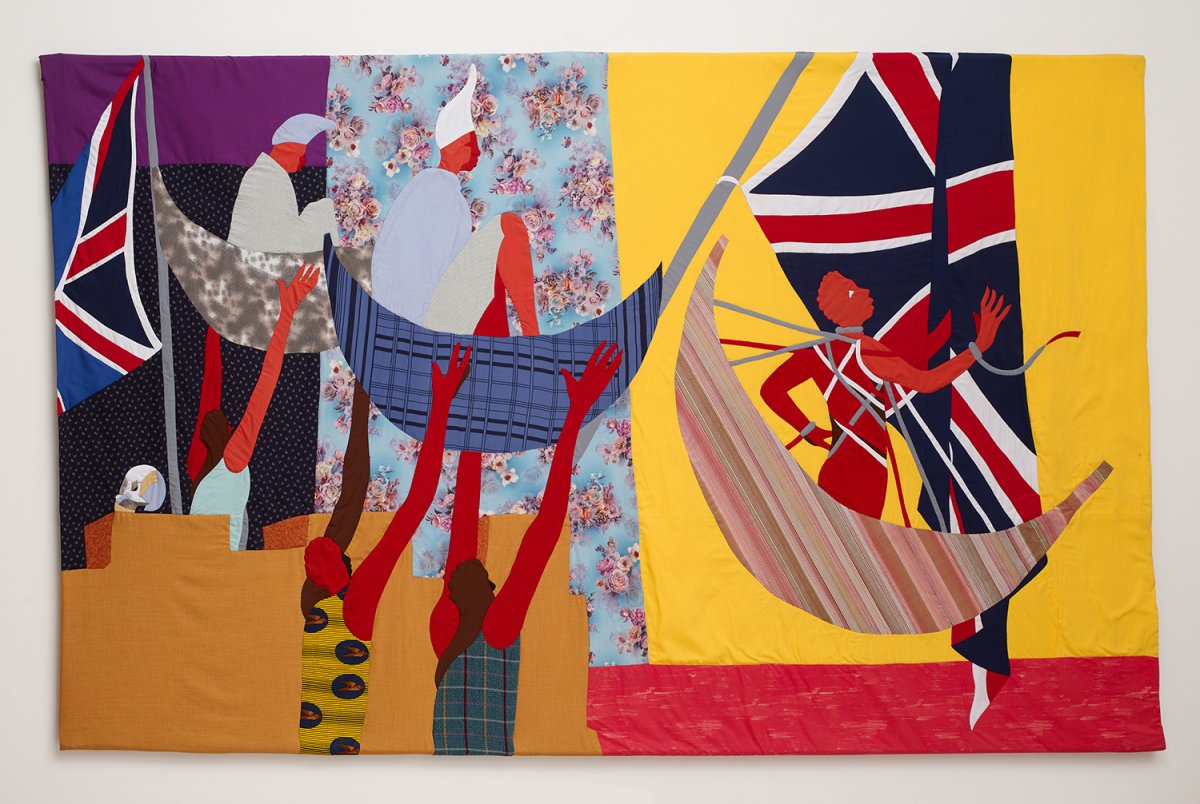 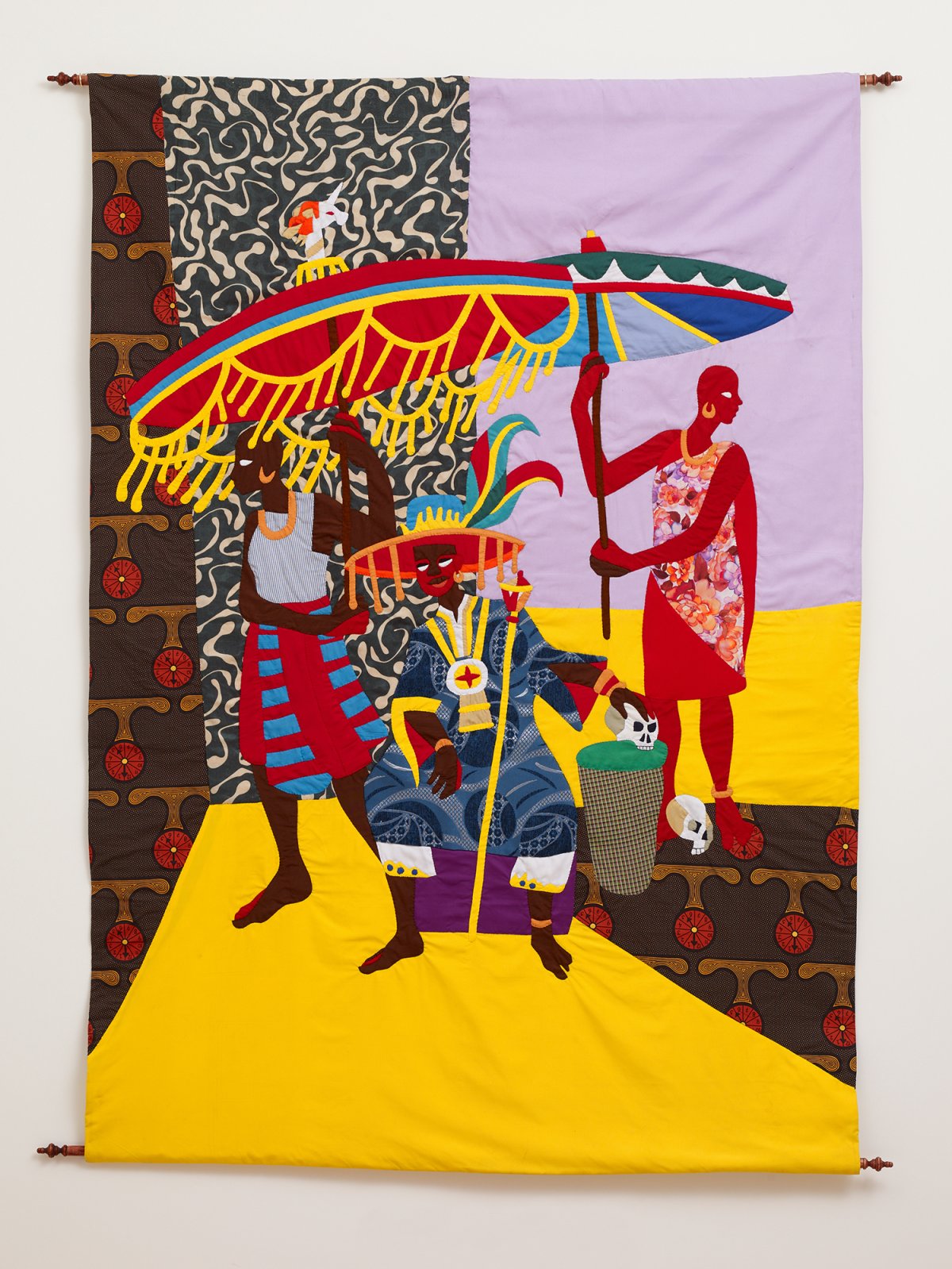 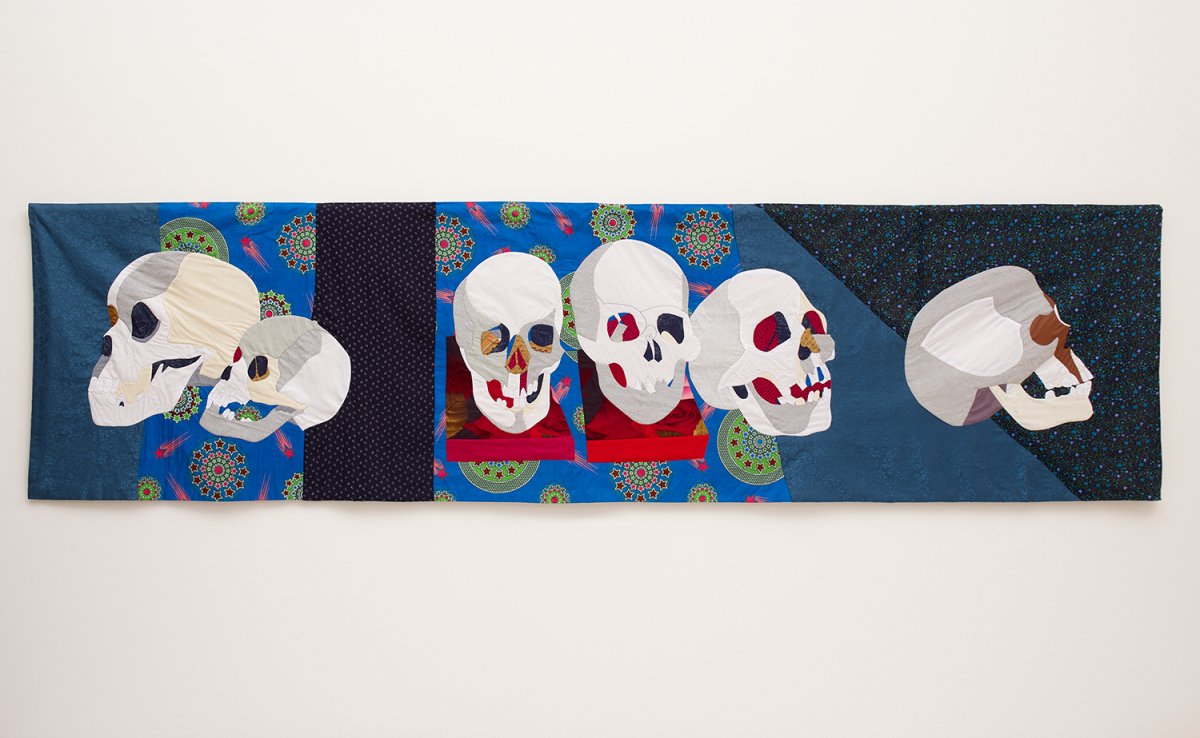 Christopher Myers
My Head Belongs to the King, 2021 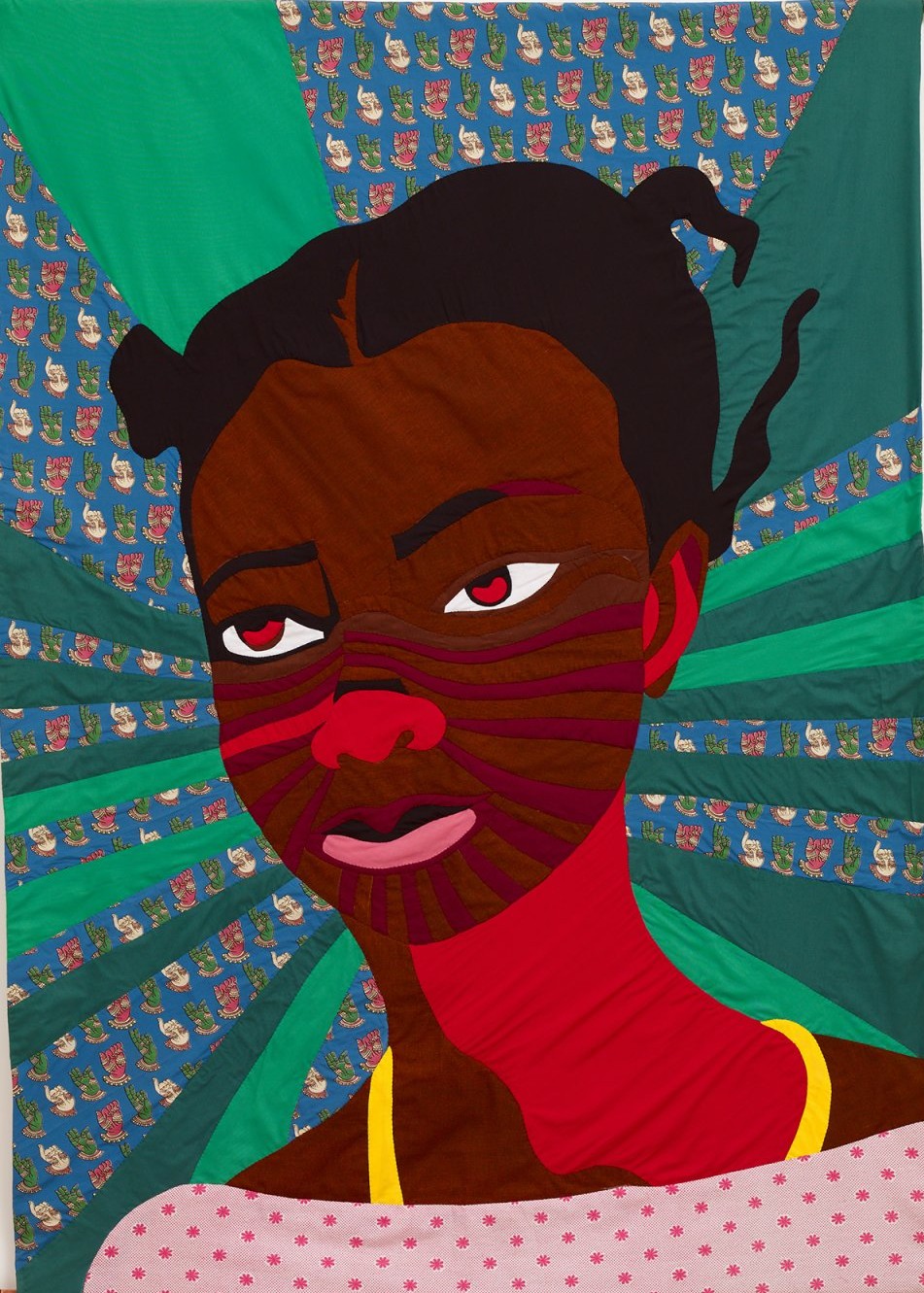 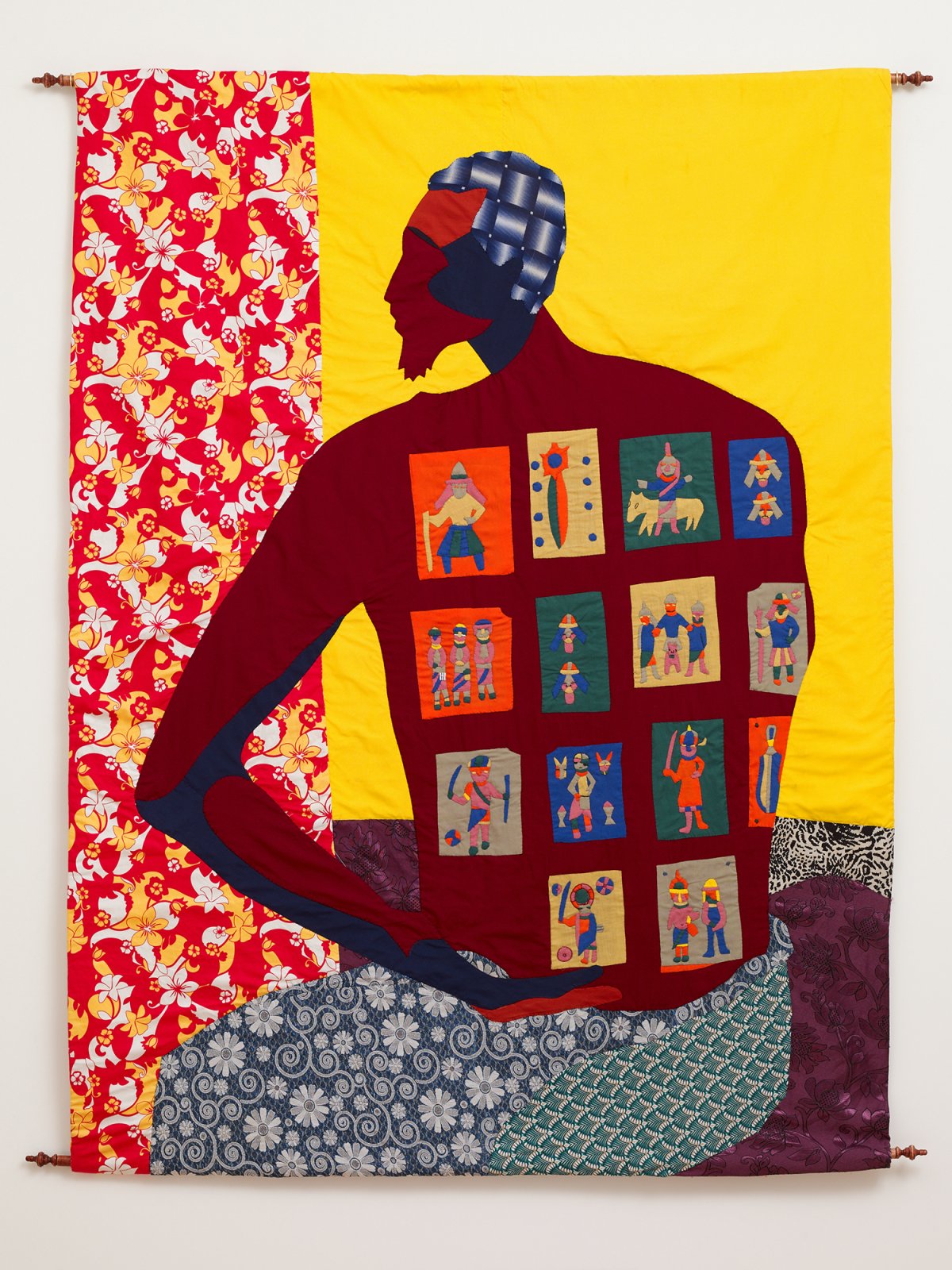 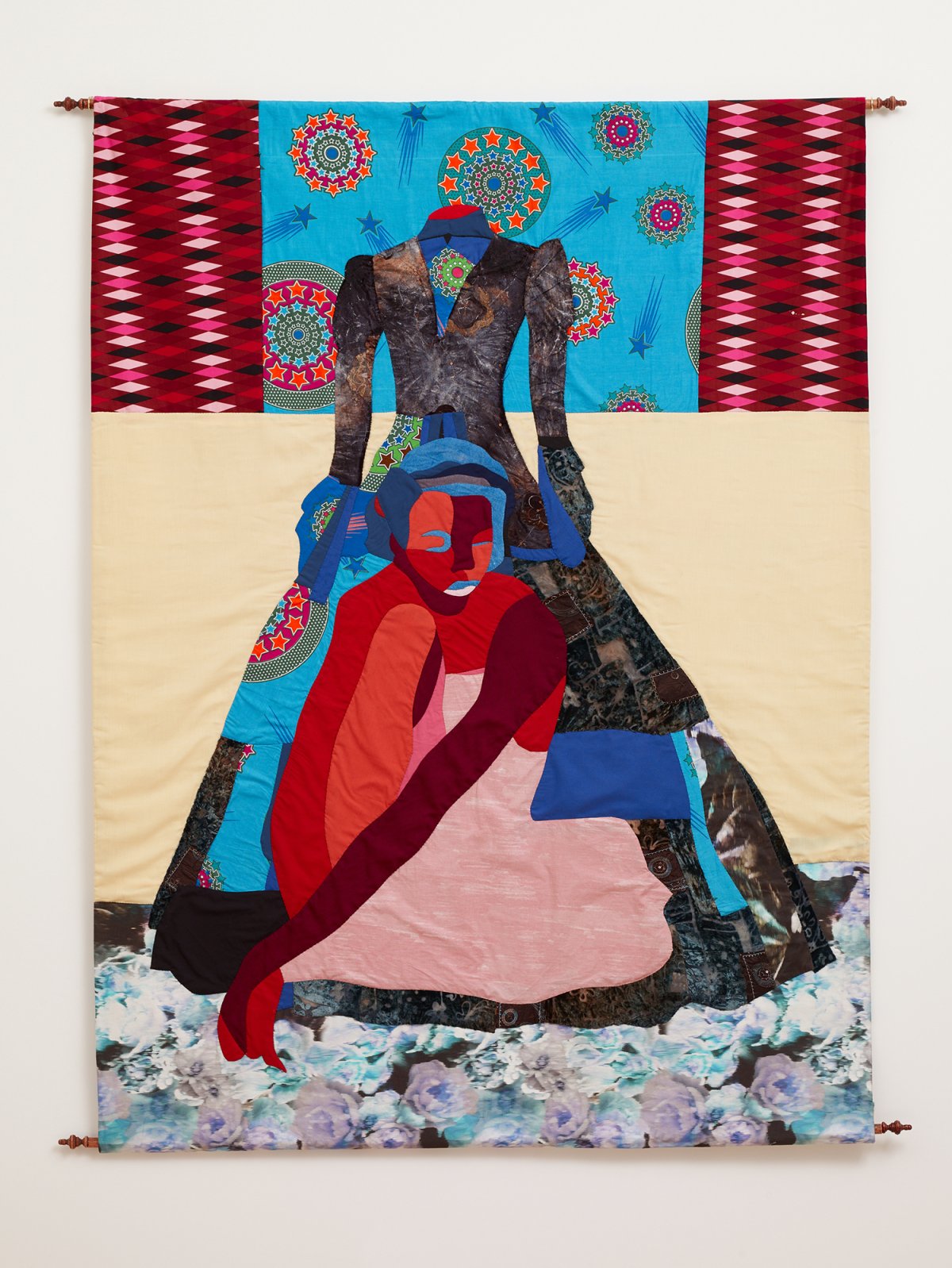 Christopher Myers
I Dare Not Appear, 2021 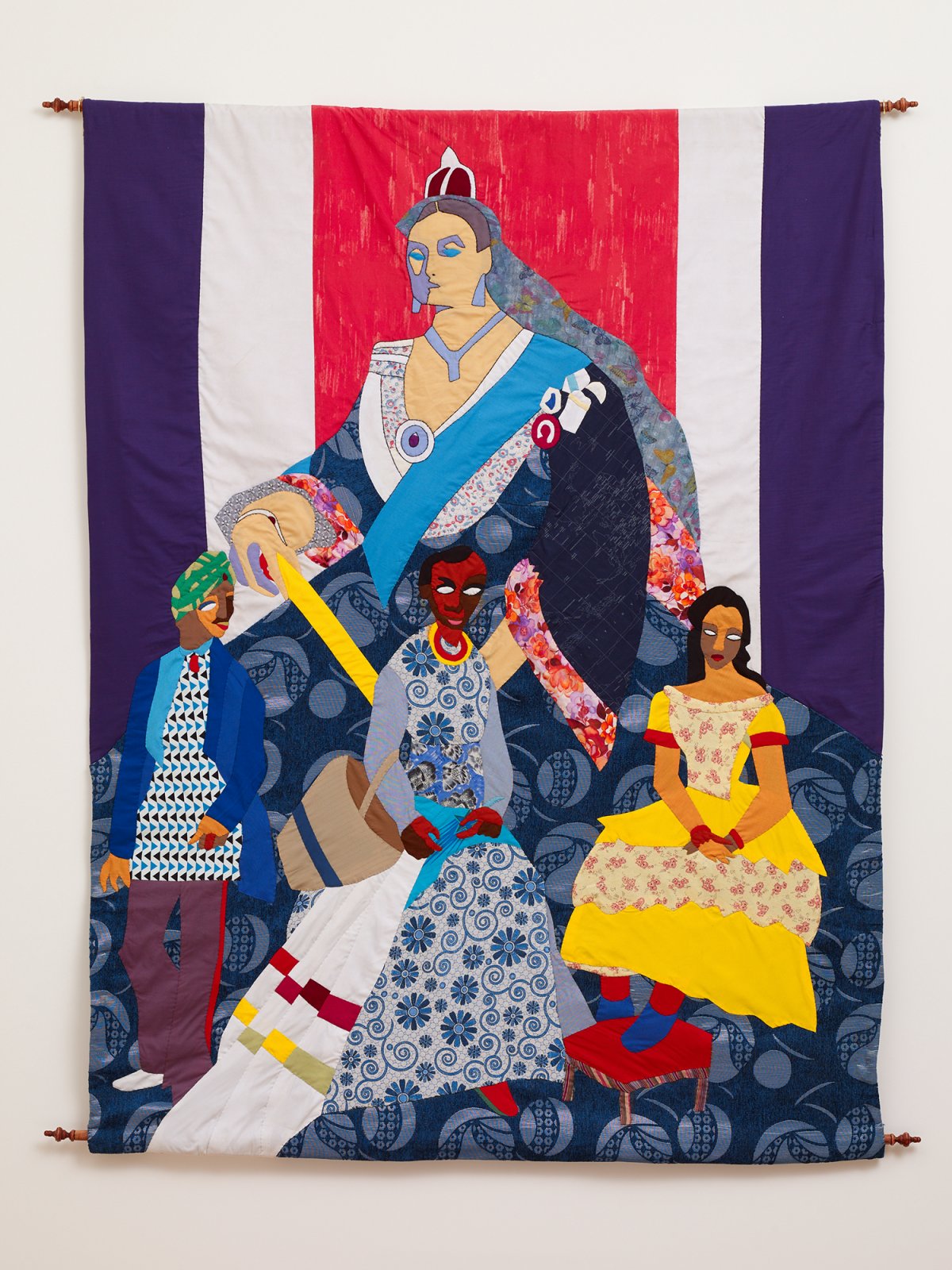 Christopher Myers
At Her Majesty's Pleasure, 2021 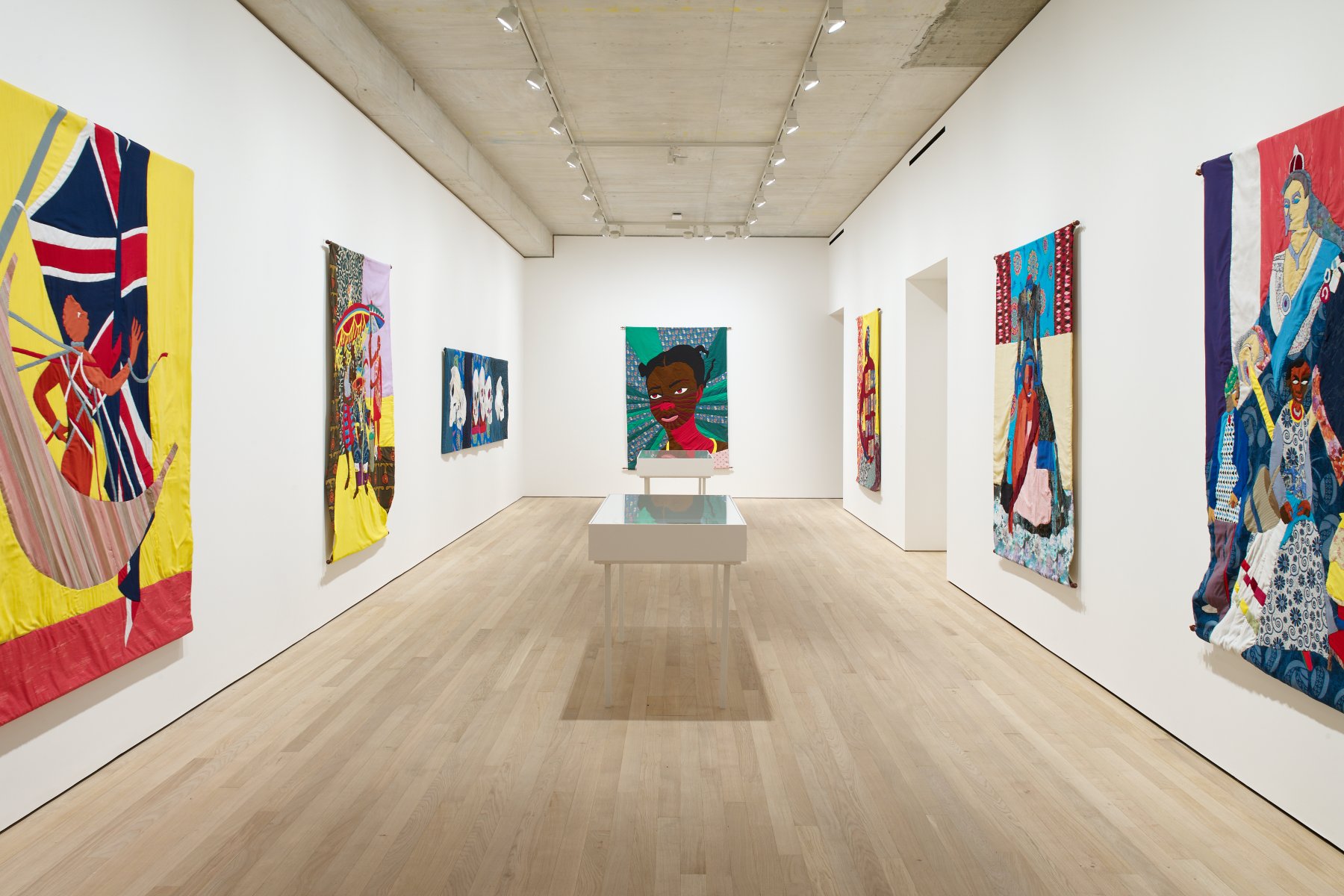 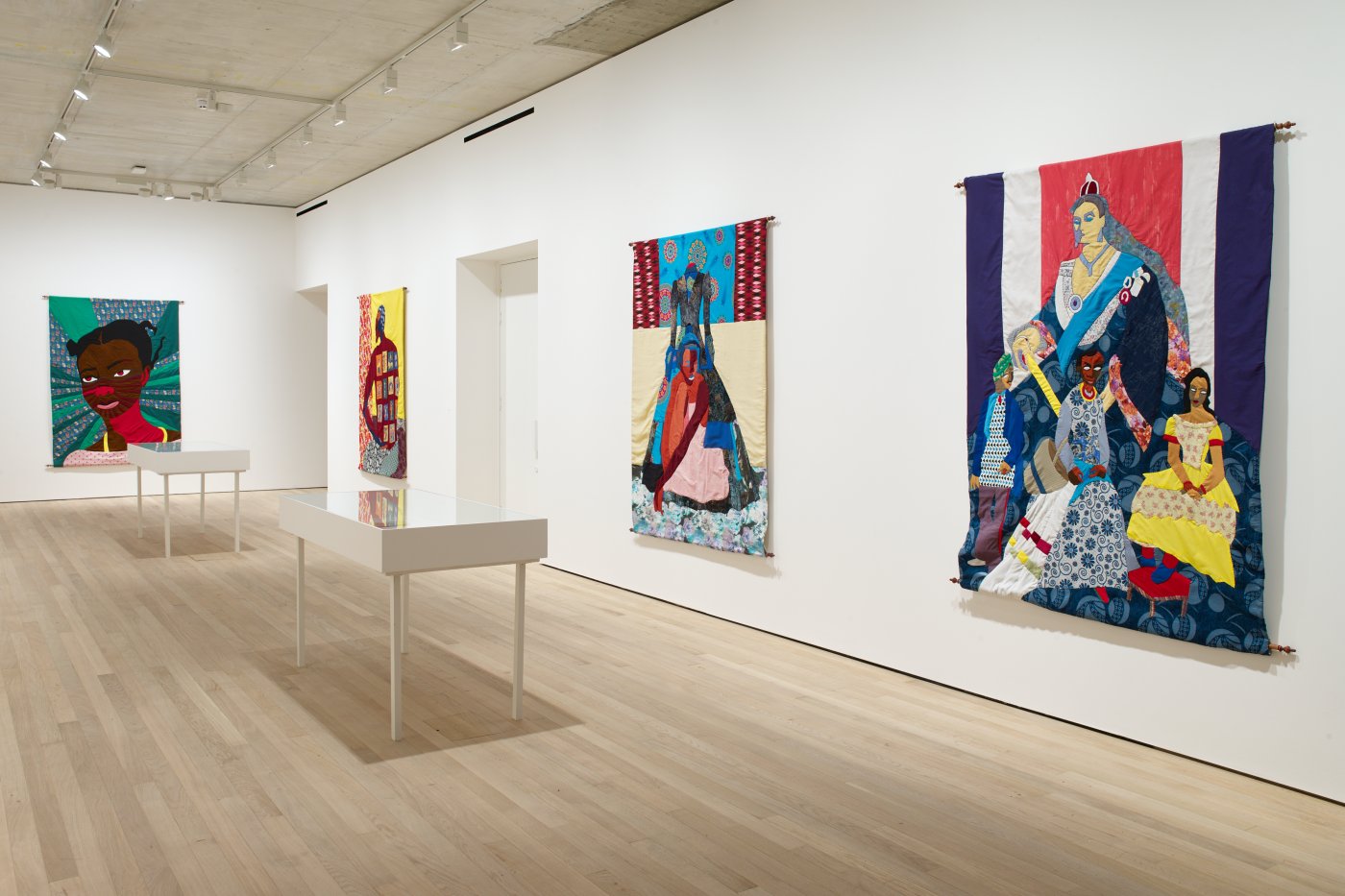 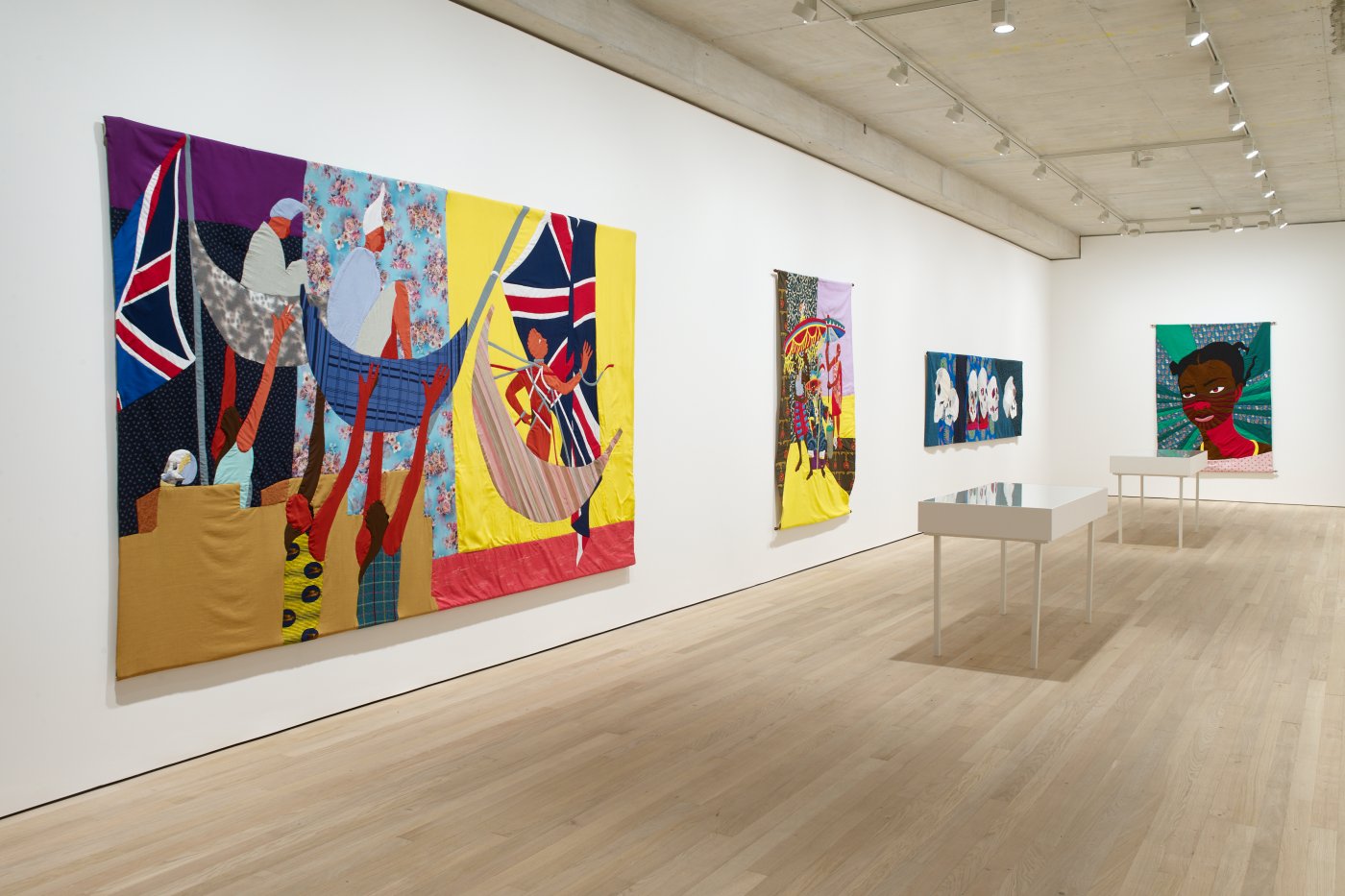 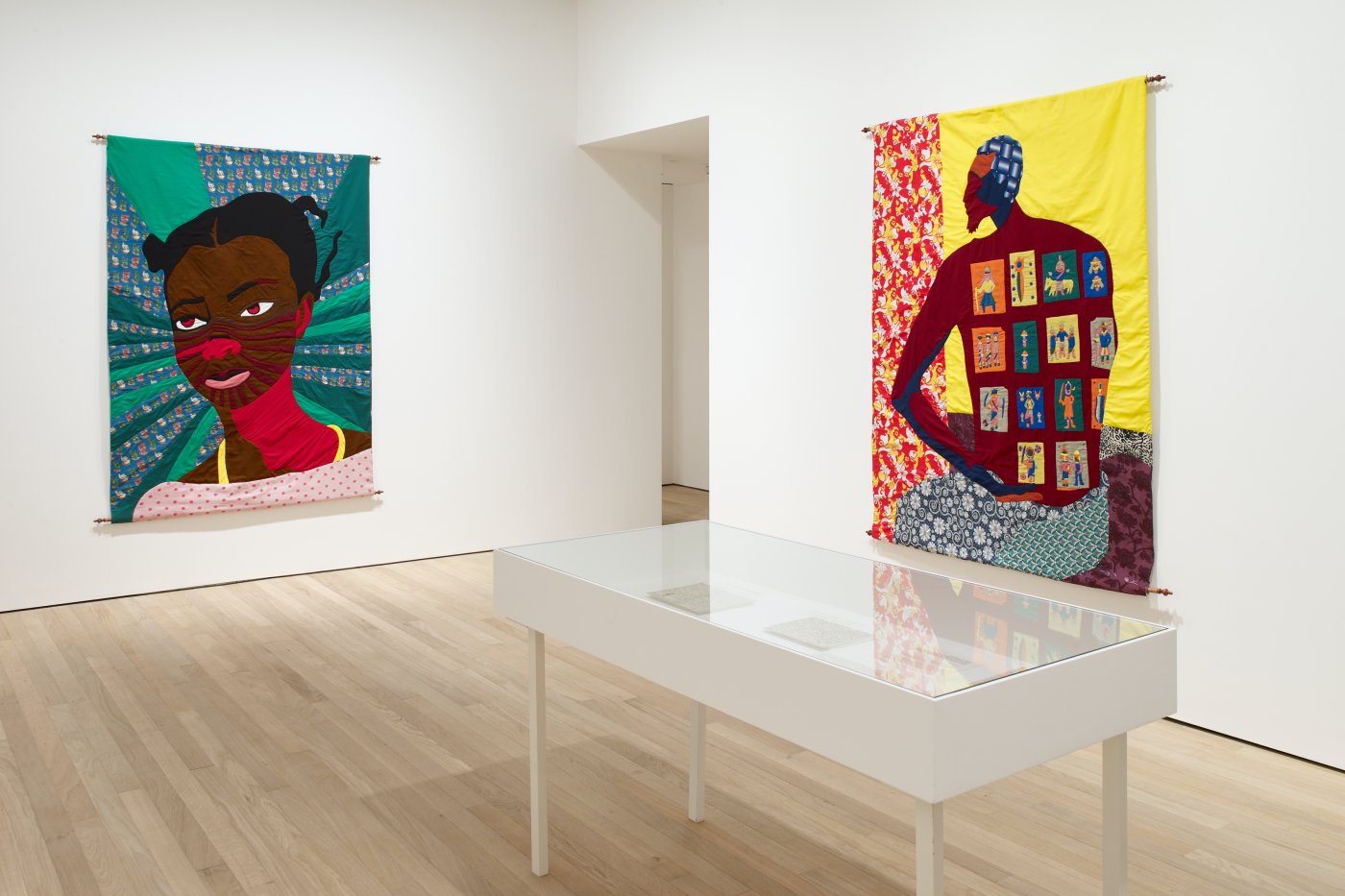 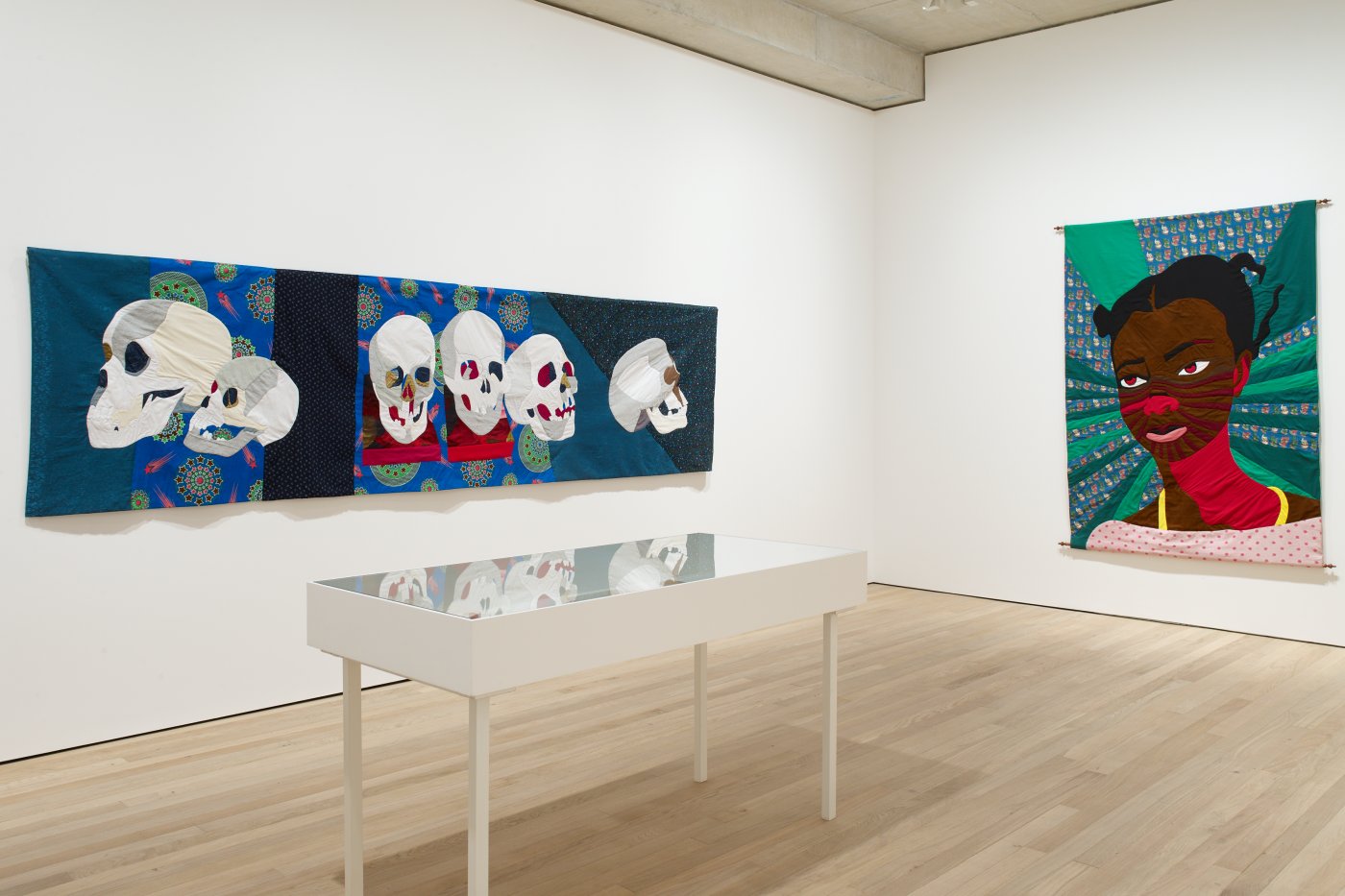 I Dare Not Appear is an ongoing project that brings together new applique textile works with a collection of historical letters written by Sarah Forbes Bonetta, a young Egbado girl who lived in Victorian England. Seven of Forbes Bonetta’s letters from the collection of the artist’s family will be exhibited for the first time, an intimate counterpoint to the large-scale tapestries created by Myers. These tapestries delve into this personally charged past to build visual narratives about the life of Sarah Forbes Bonetta.

In 1850, Captain Frederick Forbes of the Royal Navy, was bequeathed a little girl by King Ghezo of Dahomey. The gift of the “perfect genius” of an “amiable” child was intended for Queen Victoria, as a tribute between royals. Raised as the Queen’s goddaughter, her life serves as apt illustration of the conceptual knots of Victorian England. This was an era characterized by a mindset that could simultaneously trample the world in colonial endeavor and see itself as civilizing souls like Sarah Forbes Bonetta.

The artist holds Forbes Bonnetta’s hand-written letters and associated documents, which his family purchased from a London antique shop in the late 1990s. They form part of a collection started by his father, renowned children’s book author Walter Dean Myers, who based a book on these historical materials. The letters range from the emotional to the quotidian and represent a teenage girl’s perspective of living in between worlds, trying to navigate the needle-eyes of Victorian society.

For Myers, his relationship to Forbes Bonetta is interwoven with his own biography and rooted in his family’s stewardship of these and other archives. The works in I Dare Not Appear exemplify the artist’s deft hand in translating histories gleaned through careful research into evocative material form. The titular work, I Dare Not Appear, 2021, depicts the adolescent figure of Sarah Forbes Bonetta huddled in the full skirts of an elaborate Victorian gown. Many of Forbes Bonetta’s letters describe crises of a sartorial variety. She writes to one of her guardians that, as she is scheduled to be at Windsor Castle during a time of mourning, she desperately needs black clothing in order to maintain decorum. While her request is clear, it reveals the extent to which she managed her image—the care she took to “fit in,” as someone who never would truly “fit in.” You hear in her voice both the relatable worry of a young woman who wants the appropriate clothing for a formal occasion and a larger crisis of identity that she would never quite solve.

Her letters, like her life, are hard to read. They offer very few answers, but the questions they raise are worthy of asking today. Myers writes of Forbes Bonetta:

“Her place was as an in-betweener, someone not fully home, neither here nor there. I have often thought of African-American identity as the first hyphenated identity. For all of the diaspora, globally, we live on the hyphen, like Sarah Forbes Bonetta, in the space between. One aspect of this hyphenation is the ease and currency onto which histories are imagined onto our bodies. Where the Victorians took her story to symbolize the magnanimity of the Empire, the civilizing mission, the ‘generosity’ of the colonial project. Subsequent generations imagine her as an avatar of a ‘royal’ past, a recuperative imaginary of histories long denied, fairytale fantasies of princesses and castles in an African mask.”

Other works delve into the lives of the historical figures who populated Sarah Forbes Bonetta’s narrative. At Her Majesty’s Pleasure, 2021, is a portrait of a larger-than-life Queen Victoria seated with three young people variously placed in her charge: Victoria Gouramma from Kodagu in South India, Duleep Singh from Punjab in North India, and Forbes Bonetta from West Africa. These three young people from the subcontinent were similarly situated as “favorites” of the Queen and enjoyed a celebrity of sorts in their day. The popularity of stories demonstrating the largesse of the Queen served numerous purposes, including the justification of the larger imperial endeavor.

Myers treats Forbes Bonetta’s existence not as an isolated curiosity but rather as a constitutive tapestry, continuous and unbroken. A skilled storyteller, he pulls mythologies apart from historical records and vividly brings Forbes Bonetta to life. Each tapestry interweaves the personal with the political, using the past to speak the present. I Dare Not Appear intimately links colonial enterprise to the effects of living at a conceptual juncture, one that presages the diasporic anxieties and experiences of today.

Christopher Myers is a multimedia artist and author whose work across disciplines is rooted in storytelling. His diverse practice spans textiles, performance, film, and sculptural objects, often created in collaboration with artisans from around the globe. In his ongoing series of textile works, Meyers uses appliqué, a technique that appears often in quilting and banner making, and has developed as a tangible union of diverse cultural and visual practices—African, European, and American.

Christopher Myers (b. New York City in 1974) earned his B.A. in Art-Semiotics and American Civilization with a focus on race and culture from Brown University in 1995 and participated in the Whitney Museum of American Art Independent Studio Program in 1996. His work has been exhibited throughout the United States and internationally at venues including MoMA PS1; Art Institute of Chicago; The Mistake Room, Guadalajara, Mexico; Akron Art Museum; Contrast Gallery, Shanghai; Goethe-Institut, Accra, Ghana; Kigali Genocide Memorial Center, Rwanda; San Art, Ho Chi Minh City, Vietnam, and the Studio Museum in Harlem. Myers is currently at work on a Percent for Art Commission at the Brooklyn Brownsville Public Library, expected to be completed in 2022. His work is included in the permanent collections of institutions including the National Gallery of Art, Washington, D.C.; Brooklyn Museum, New York; Museum of Contemporary Art Chicago; Los Angeles County Museum of Art; Lucas Museum of Narrative Art, Los Angeles; Mead Art Museum, Amherst, MA, and the Studio Museum in Harlem. Myers won a Caldecott Honor in 1998 for his illustrations in the book Harlem and a Coretta Scott King Award in 2016 for illustrating Firebird with Misty Copeland. Myers currently lives and works in Brooklyn, New York.

Courtesy of the artist and James Cohan