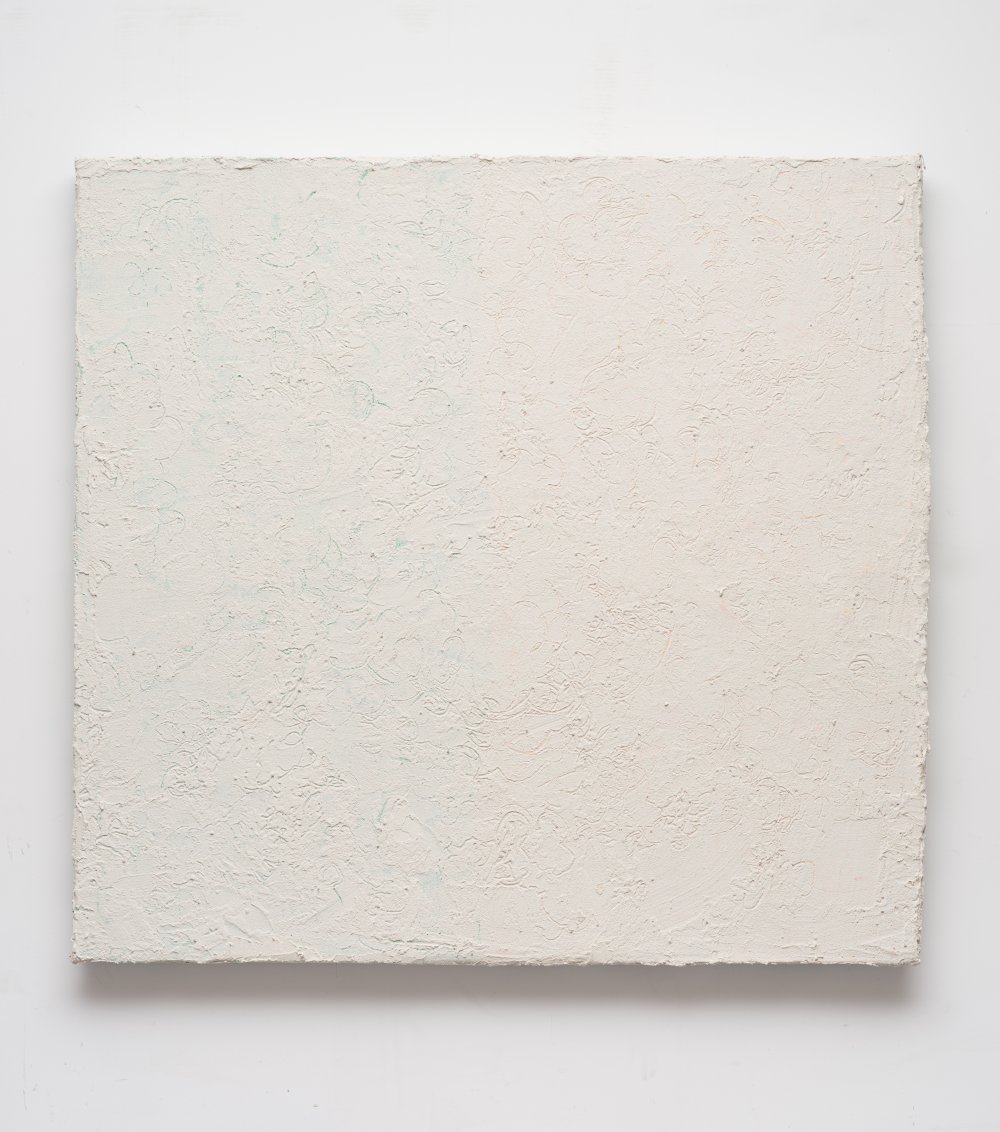 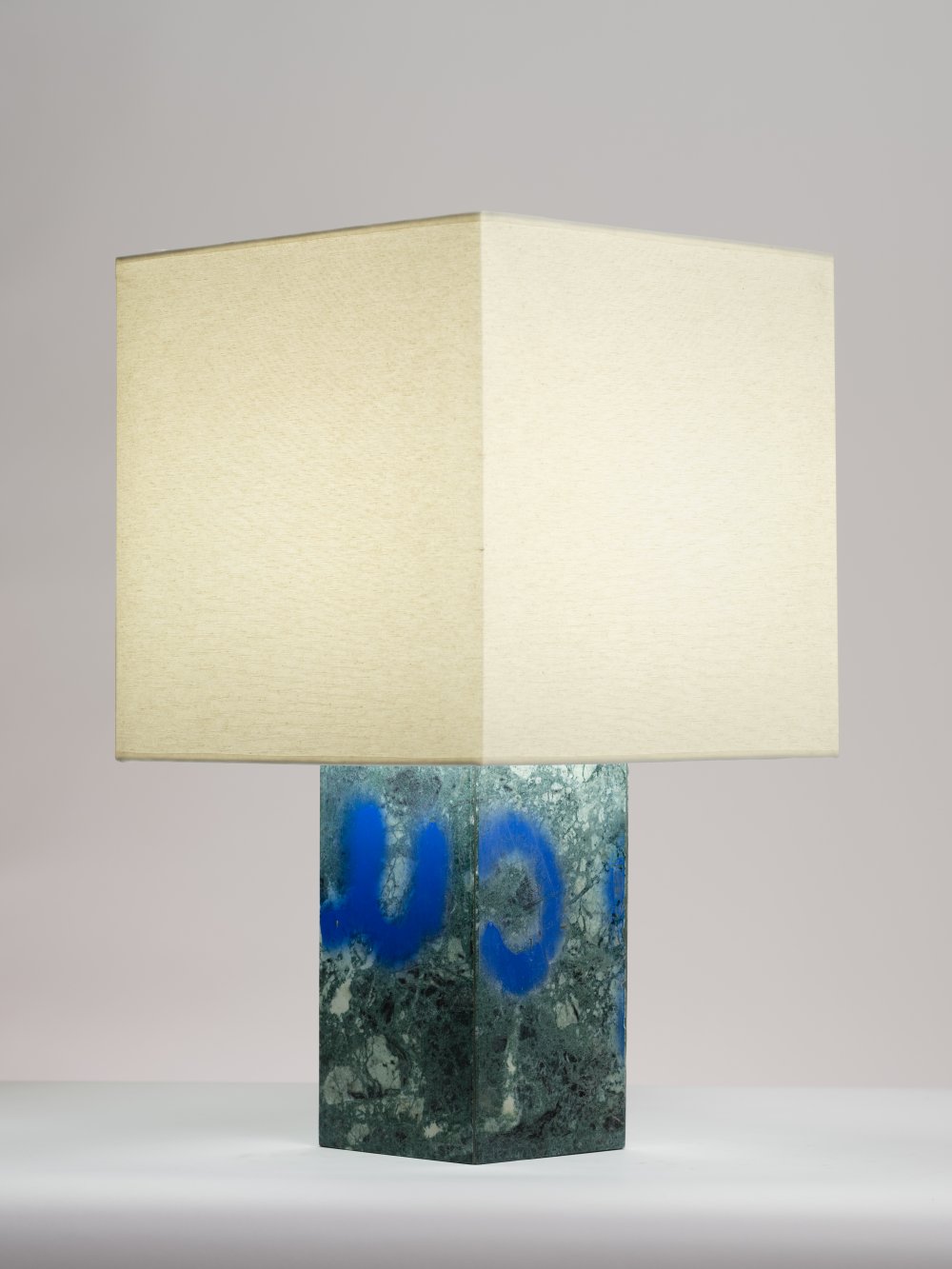 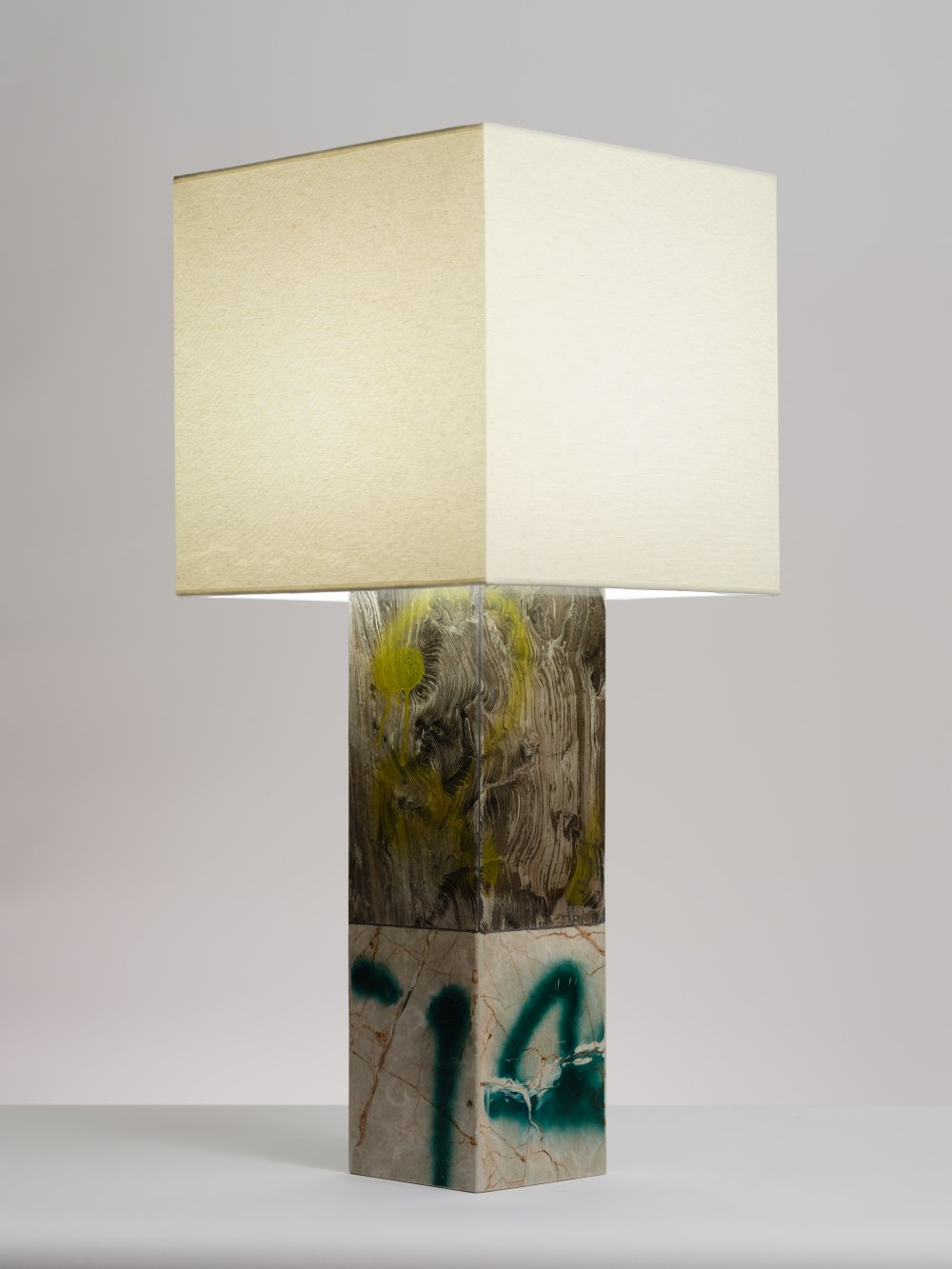 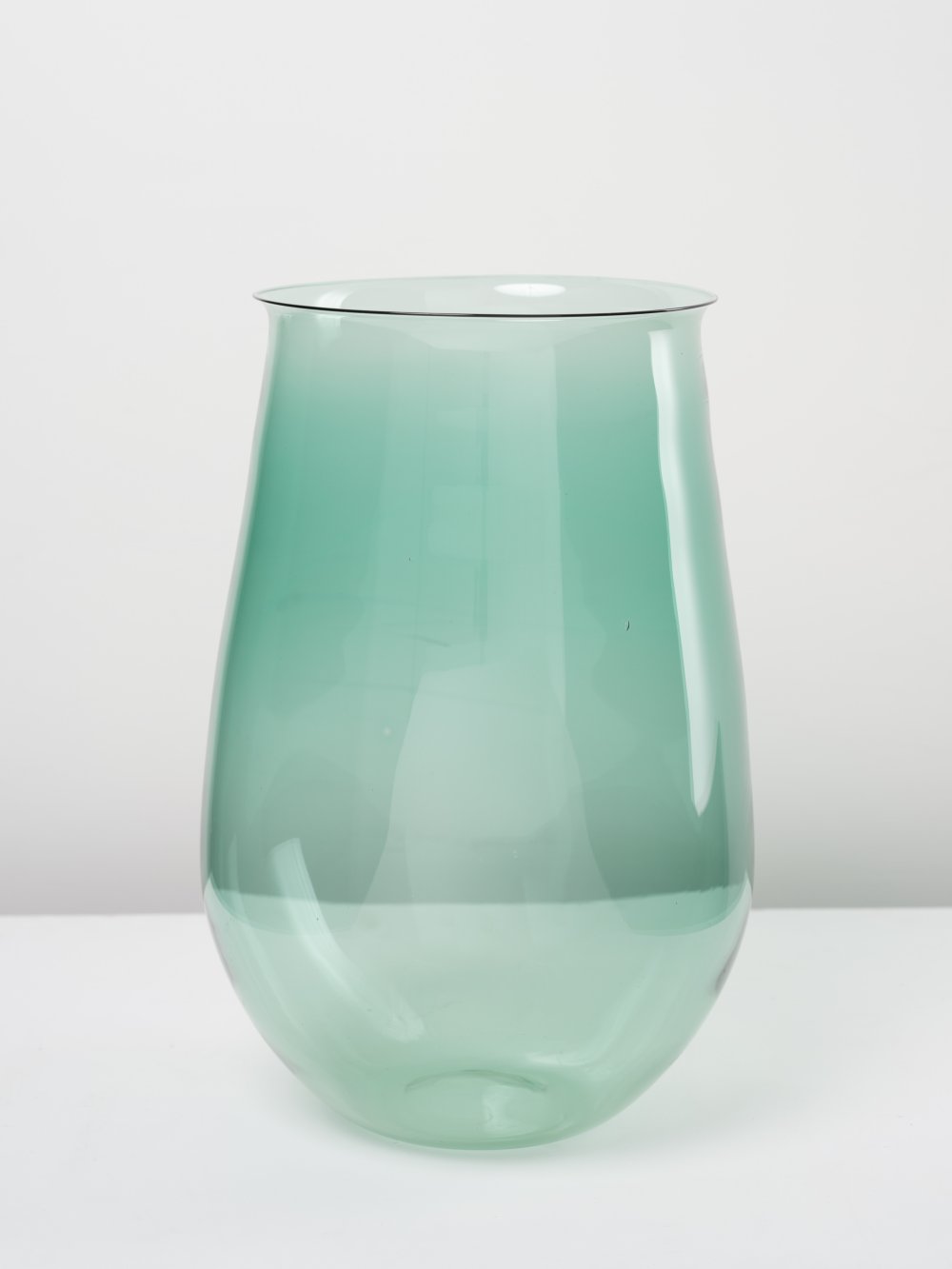 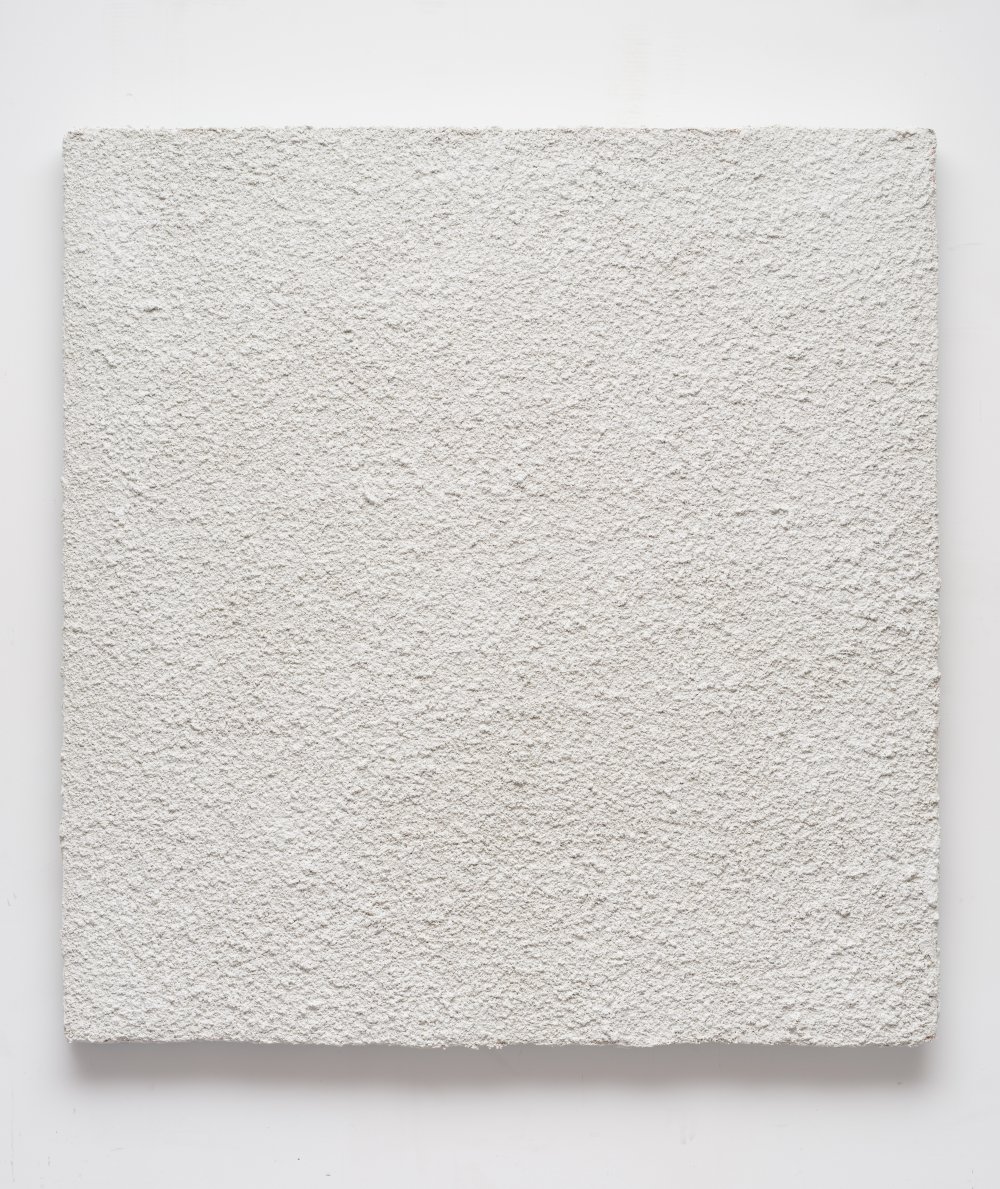 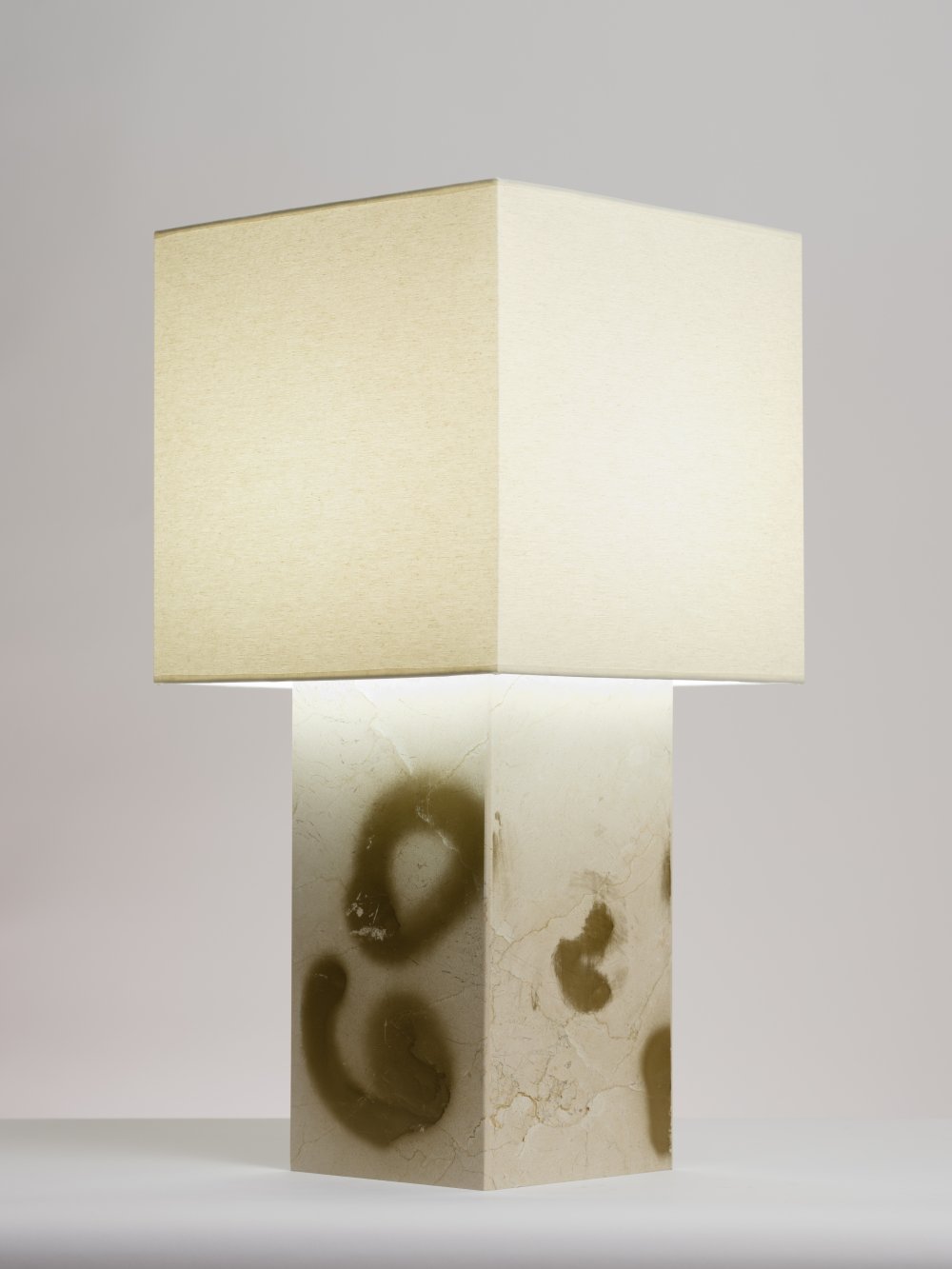 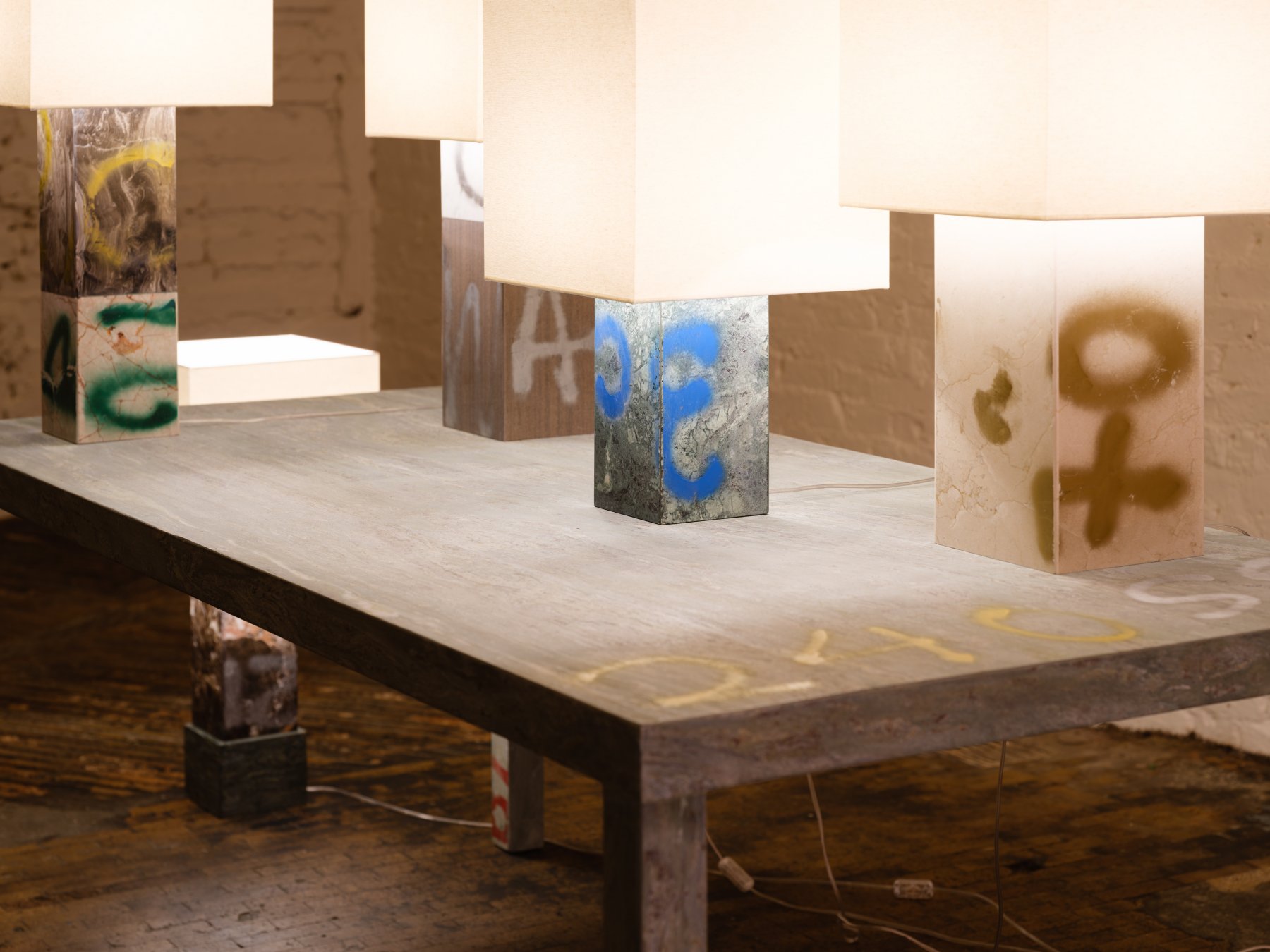 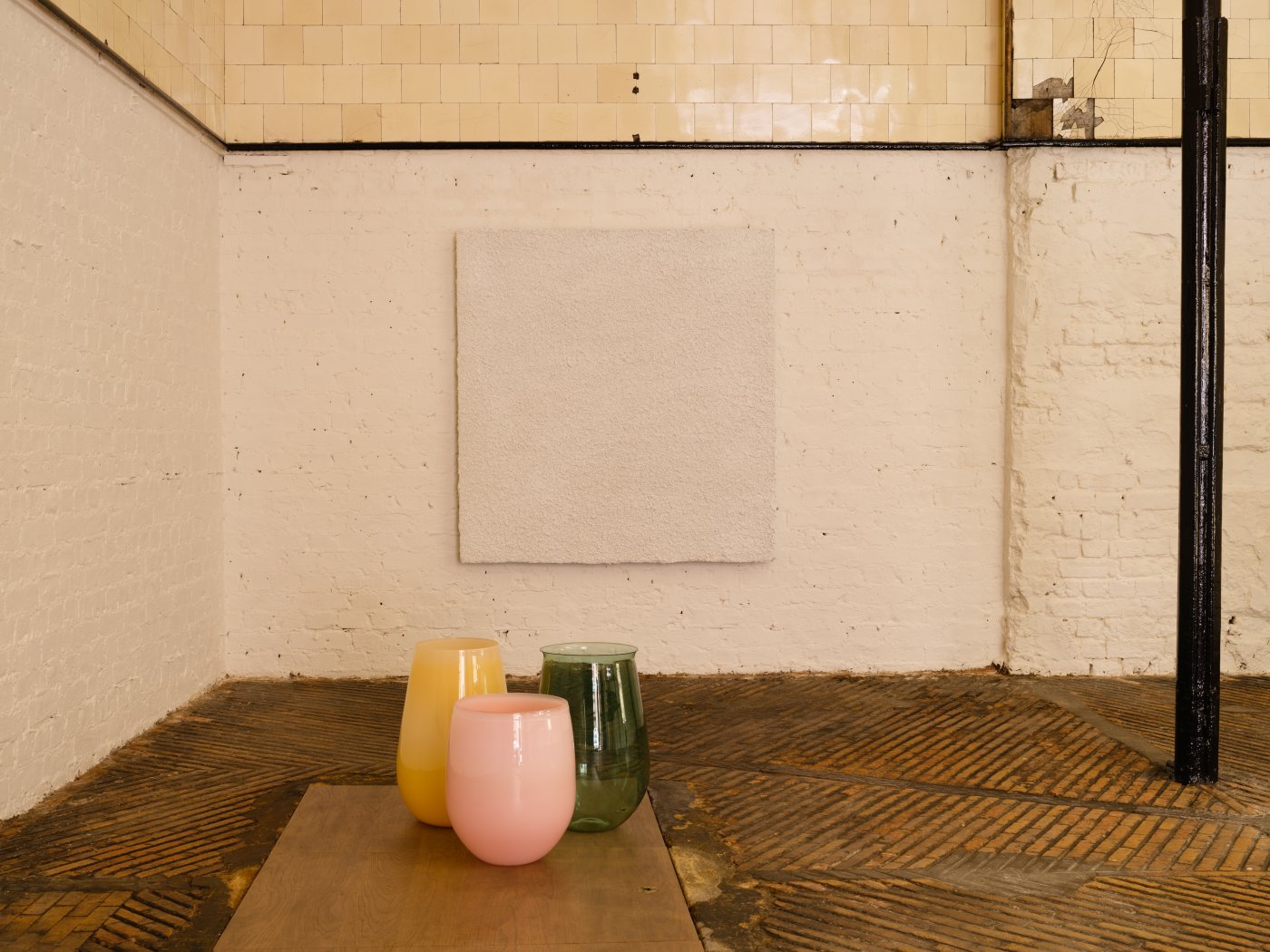 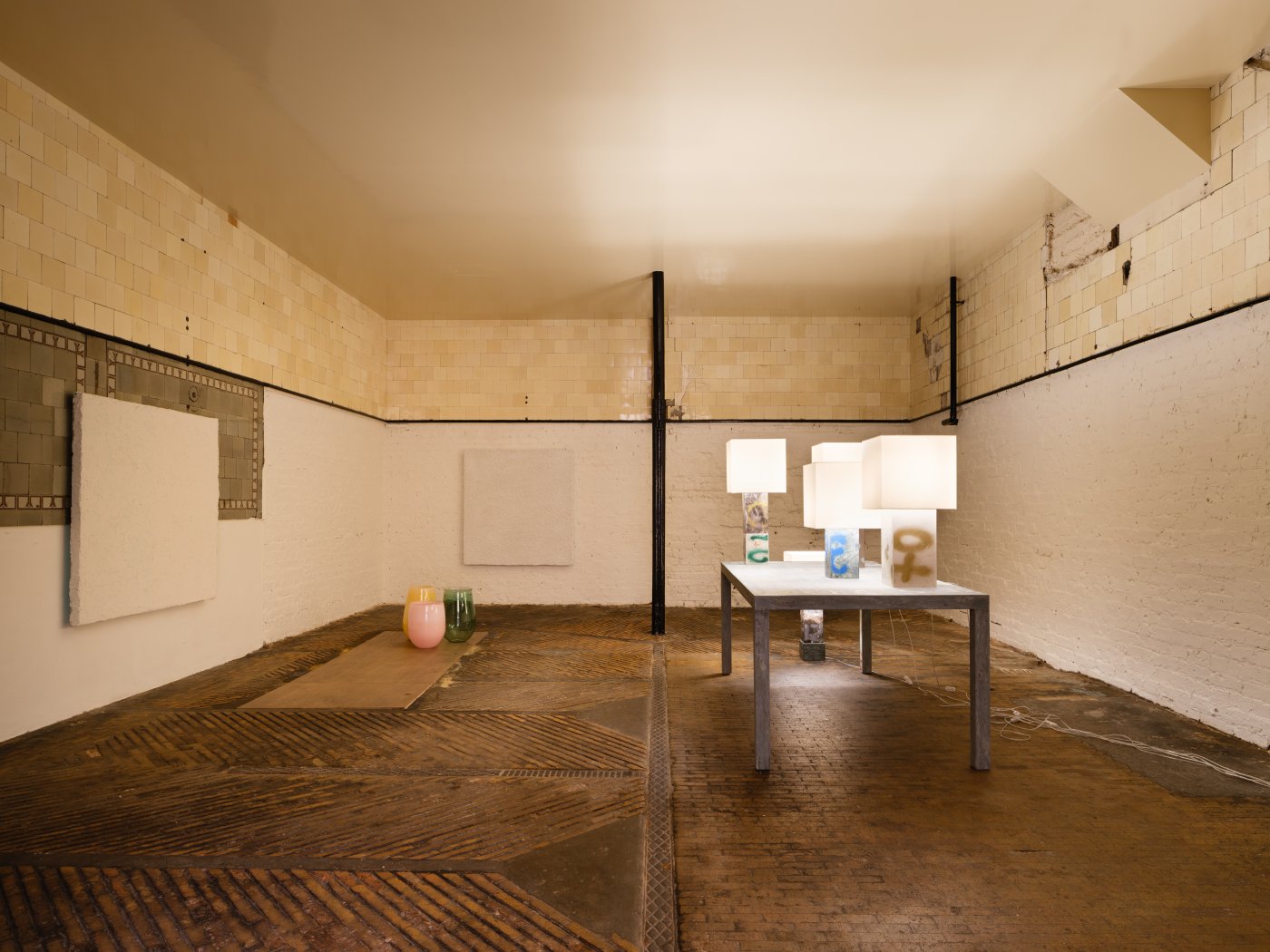 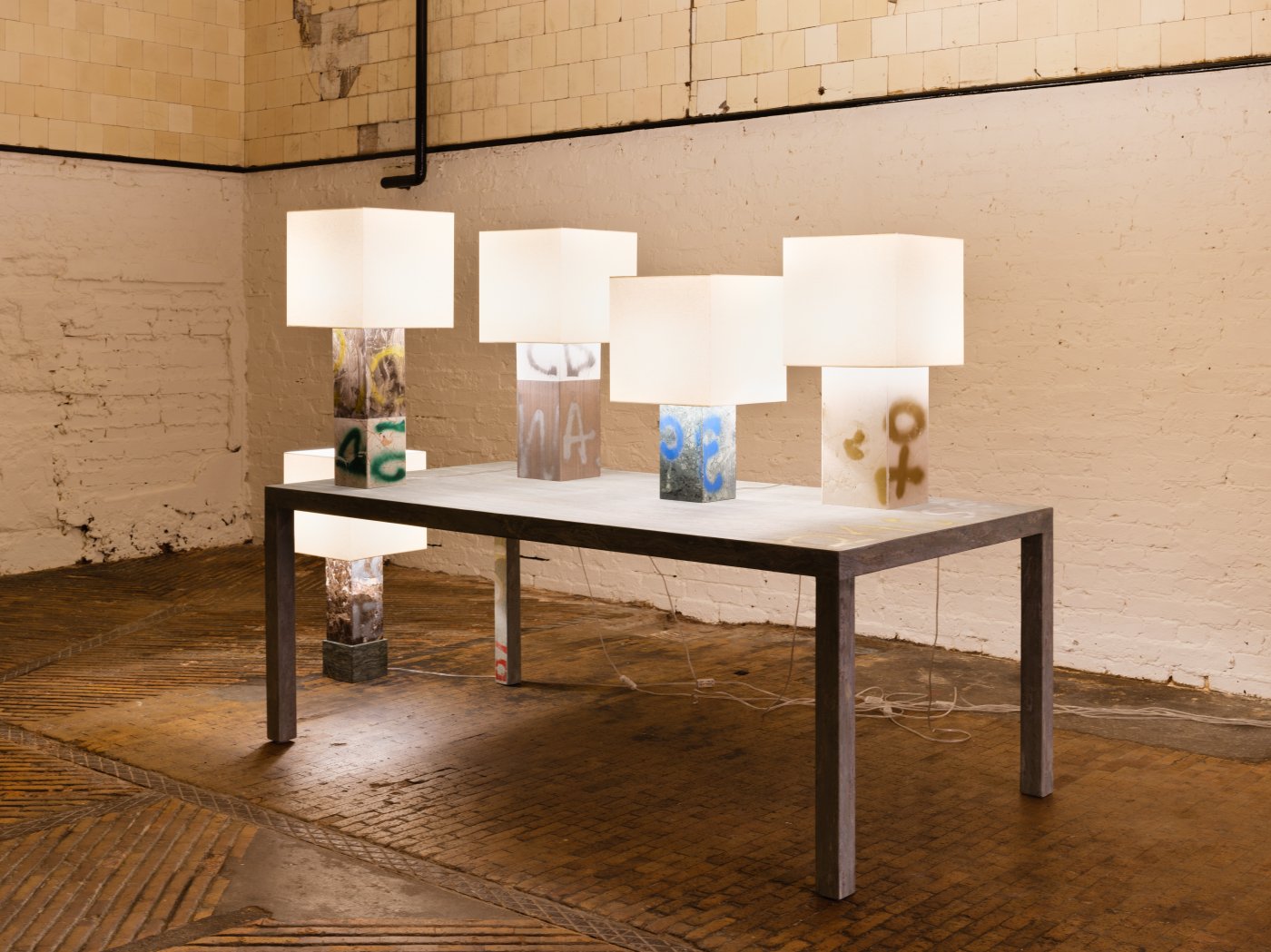 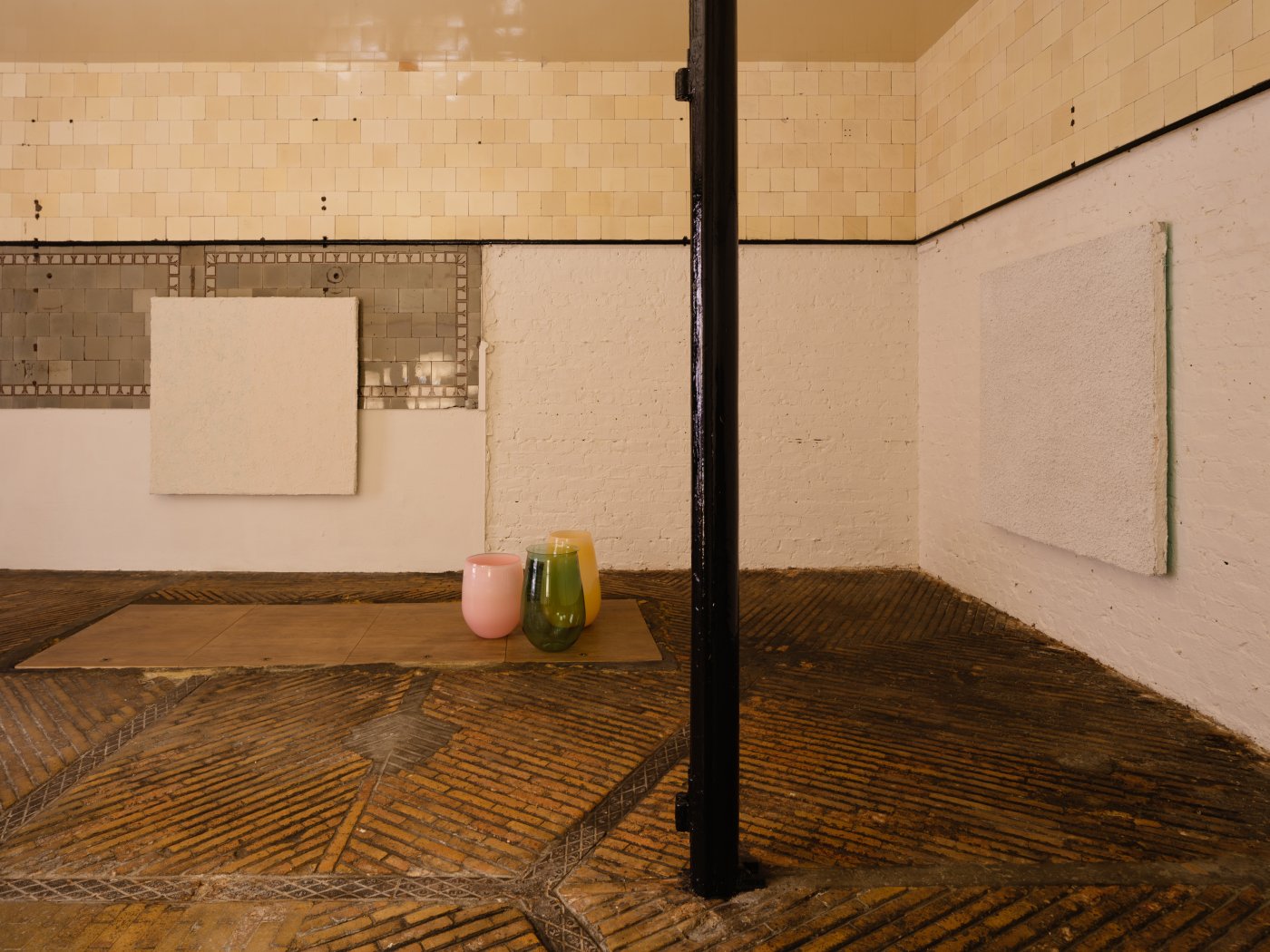 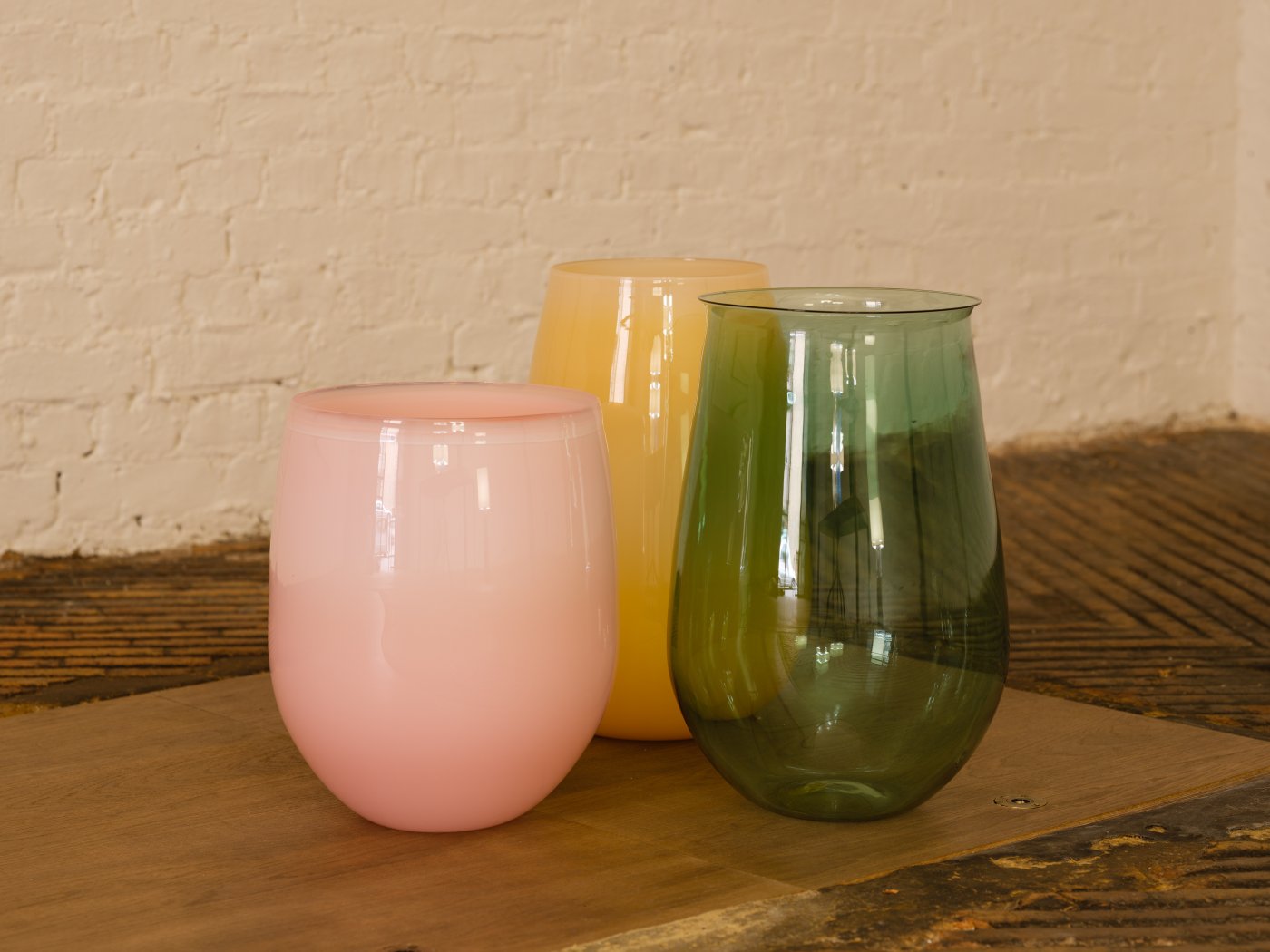 I arrived in the Cyclades last night but I haven’t yet found the courage to face the sea. I keep my windows shut, my shutters closed and the curtains drawn. I am giving myself time before I take in the view. Enough time until I can gather my thoughts and deliver them to you. Then, only then, I plan to surrender to the salty waters of the Aegean. Get lost in the horizon. The horizon here is a flinching machine of tragic misreadings. The white veils will always remain folded. The recklessness of victory entails death.

Shall we try to dig deeper than the eye approves? If doing so, let’s not hesitate to give up meaning. Meaning has a tendency to reveal itself at the end, even against the eye’s incessant reflex to punish whatever diversifies. It is with this self-imposed capitulation that I am writing today, that I am asking you to read me. It is also with this capitulation that I brought together all the incongruous heteronomies in the two shows you asked me to produce, in the three I ended up producing.

I think of modern theatre as a dance towards emancipation around the unstable verticality of a trembling wall.
It is this wall that I erected in Piraeus as the central response to your invitation, multiplying thus the two shows into three, moving the skin of the wall of 12 Bourdon Street to Piraeus. I am bringing to London marbles from Greece. Some Greek, some not. The circulation of marbles is after all an old, sick circuit of desire and extraction. I am also bringing the patinas of the walls from around my studio. They are not noble, not desired, just some finishing renderings whose techniques disappeared into the oblivion of vernacular architecture and the fast-changing aesthetics of the 90s. They have been hated so much that they deserve to be listed, and hated for so long that we had to study them with archeological attention in order to reinvent their methods.

So, there is the “4th Wall” that the naturalists erased, decisively, sometime around the turn of the 20th century. Diderot had defined it long before (1), but it was André Antoine who first implemented it by rendering Zola’s dictum of “authenticity” into a dogma of scientific meticulousness. From that point onwards “everything had to obey.”(2)

Zola was right; the realistic aesthetics of the Bourgeois theatre was pure ideology. He insisted that if you intend to be “authentic” you need to turn the stage into a fragment of reality, be done with the emphatic representation of it. This negotiation with the “authentic” did not exclude the bodies of the actors, who deserted the painted decors of bourgeois drama and moved enthusiastically into real environments. They turned their back to the audience; the stage was suddenly a vast space to be explored.

Reality then stopped being magnified; instead, it was recreated, transposed, replicated. I am thinking of that table that Munch designed for Ibsen’s Ghosts at Deutsches Theater. A trap for Reinhardt’s actors, as a bright light is for moths. There is also a table in Antoine’s staging of Zola’s La Terre. A table on which the bodies of his actors, agricultural workers in this instance, surrender from exhaustion. The furniture of the naturalistic theatre was real and there was always a table and a chair on stage. They constituted the punctuation of that “reality”, which rendered the palaces of the past and the bourgeois salons of the recent past obsolete all at once and once and for all. But did reality follow?

Did “everything obey” in the end? Maurice Maeterlinck, Paul Fort and Aurélien Lugné-Poë certainly didn’t. Cinema was doing the job, and fighting the aesthetics of mechanical reproduction was a losing battle. The symbolists thought that action ought to be eluded, surrendered to narration. The muscles had to melt into the weight of enchantment, actors were asked to move unnaturally slowly, their bodies were dissolving behind layers of muslin. The senses were forced to be complexified, tortured. “Unless we close our eyes we are always deceived” (3) declares Arkel before Mélisande closes her eyes once and for all.

Edward Gordon Craig and Adophe Appia thought that there was a contagion in all that. A crack in the 4th wall shading the impressionistic light of Lugné-Poë on Antoine’s real table. I installed the shows at Rodeo with the assistance of that frail light. As a matter of fact, I didn’t install it, but tried to direct it. As visitors to an exhibition we are invited to enter a space, as spectators we are forced to penetrate a theatre. The experience of time is fundamentally different across these two practices. The distance from the proscenium to the first row is what turns a sculpture into scenography, an object into a prop.

I imagined these different works as actors on three different stages in two (maybe three) different traditions. There is no theatricality, I hope there will be theatre. Distance will turn them from sculptures to props, from paintings to scenery. I learned that old trick when, as a teenager, I assisted a set designer in a staging of A Midsummer Night’s Dream. I was given the task of painting a throne and I was spending too much time on it. My mentor told me “Look, it is all about the gesture and the eye. Just take two steps back, throw some paint, take another two steps back, squeeze your eyes and look at it. This is what the public will see.” He was certainly not abiding by Zola’s dictum. He taught me, as I understood years later, about the possibility of perverting reality with that tiny contraction, but above all he taught me how to forge the distance between the proscenium and the first row with that same contraction. You may visit the show like this. You can also invite visitors to the gallery to do that as well: “squeeze their eyes and take a second look.”

I look forward to seeing you in a few days.