Galerie Gmurzynska presents for the first time in Zurich an extensive selection of sculpture, drawings, photographs and archival material, with 27 works in total, celebrating and documenting Christo and Jeanne-Claude’s extraordinary career, stretching from their first seminal projects realized after relocating to New York in 1964 to a project for Serpentine Lake in London’s Hyde Park, a structure to be unveiled on June 20th, 2018, behind Kensington Palace. 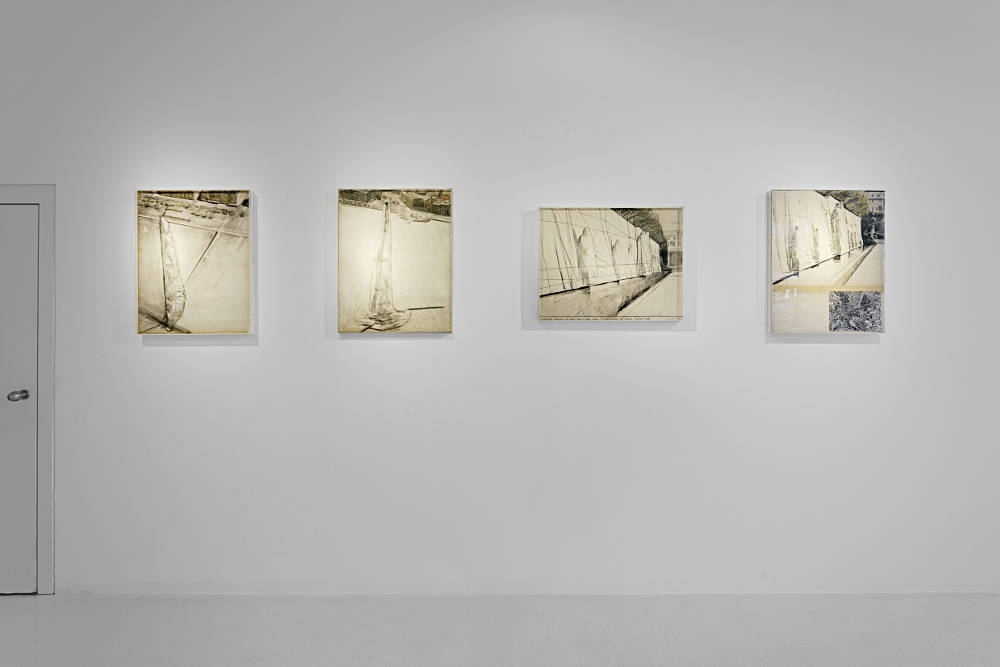 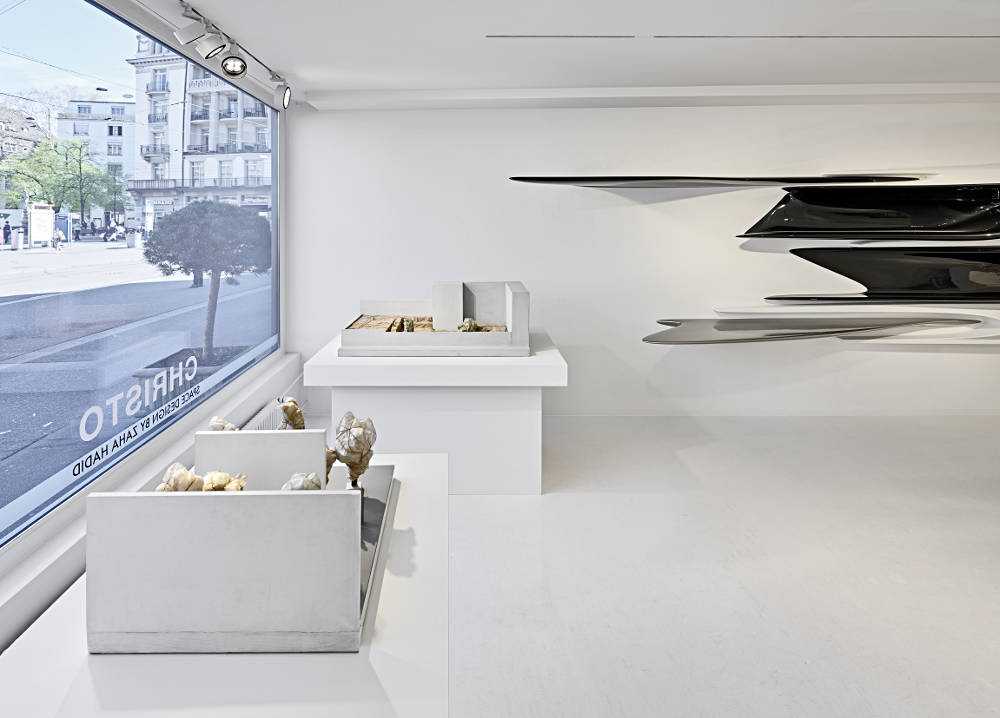 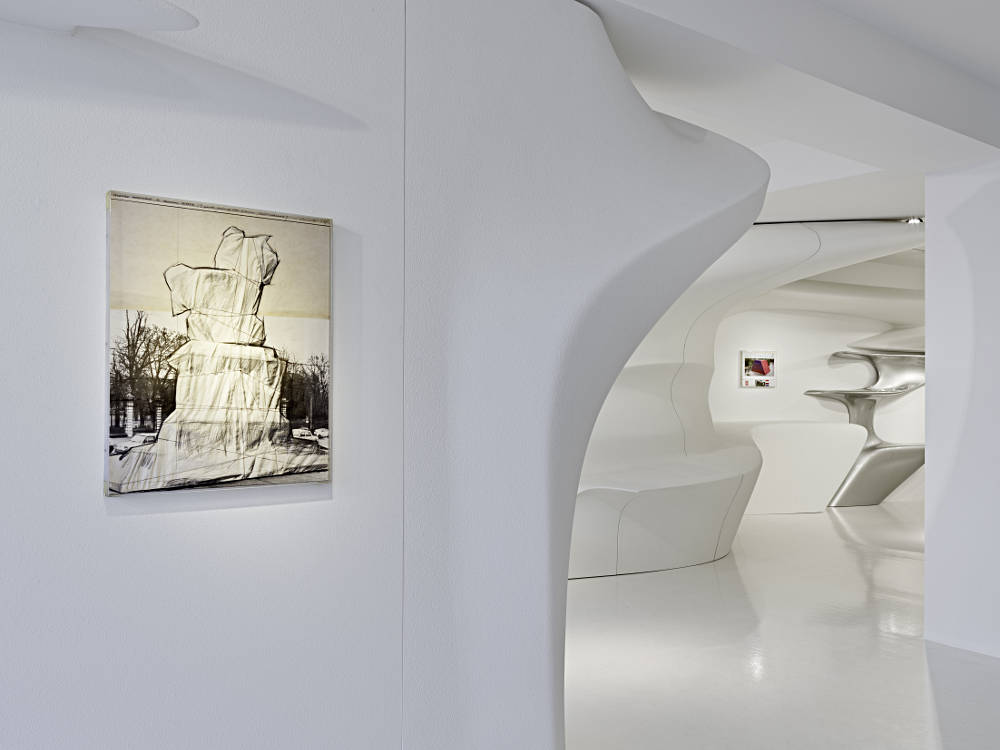 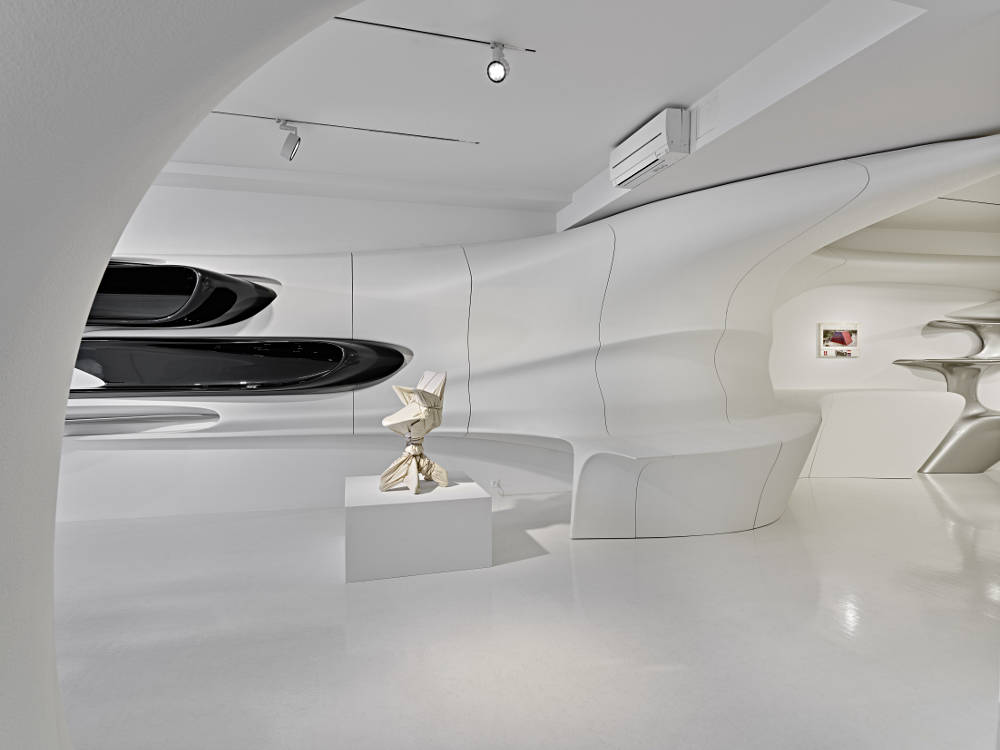 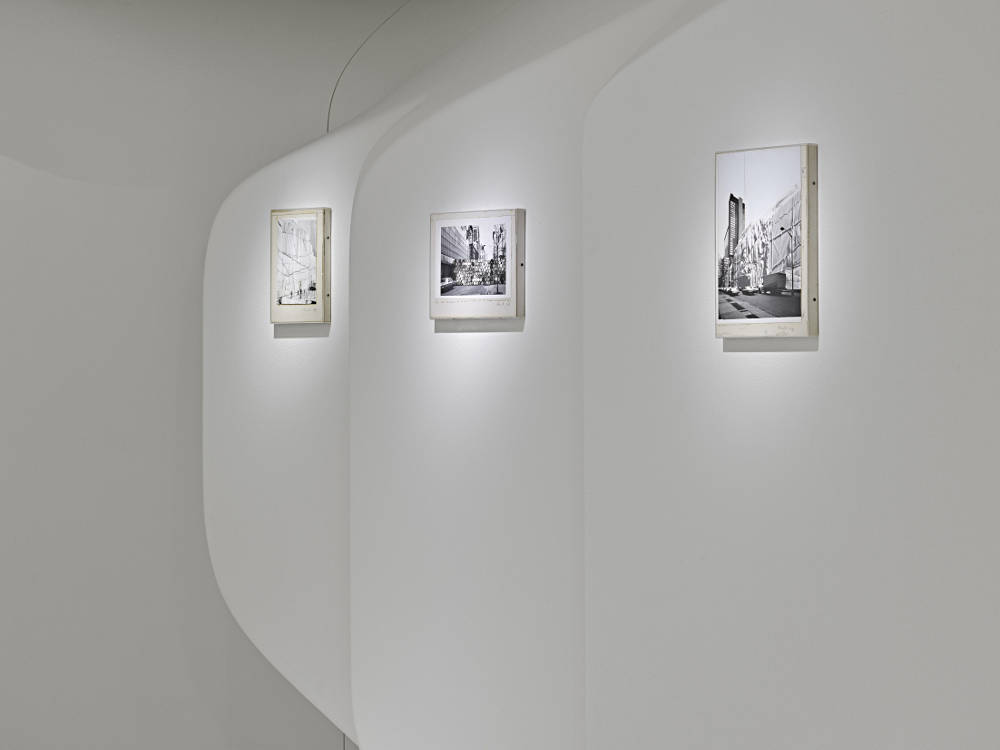 Christo and Jeanne-Claude are internationally recognized for their ambitious outdoor artistic interventions, especially their fluid, ever-changing and exceptionally beautiful wrappings and soft assemblages which have transformed public spaces and buildings around the world: Surrounded Miami Islands (1983), Pont Neuf in Paris 1984, Wrapped Reichstag in Berlin 1995 and The Gates in New York’s Central Park are among the most famous. In 2016 over 1.2 million people visited the artist’s installation The Floating Piers at Lago d’Iseo in Italy.

Rarely seen early works from the 1960s and 1970s are an exhibition highlight, including several Store Fronts and Store Front Projects made from 1964 to 1968. Four Store Fronts Corner (Parts IV, III, II and I) 1964–65 stands apart as a masterpiece of social-conceptual sculpture and early exploration of the artists’ lifelong theme of wrapping that was conceived for Christo’s first solo exhibition in New York at the Leo Castelli Gallery. This partly wrapped structure gives the object new meaning through the simple act of concealing surfaces. Art historian Mathias Koddenberg, writing about this signature work, has said that it ‘masks strong questions about public and private space, and visibility and wrapping within the guise of a seemingly familiar façade. The normally public space in front of a shop is relocated inside a gallery, while the normally private space is visually and physically hidden by the draped windows and locked doors’.

In 1968, parallel to the exhibition Dada, Surrealism and Their Heritage, which featured works by Christo at MoMA in New York, the artist proposed wrapping the museum and a number of additional projects with the support of William Rubin, then chief curator. The Projects for the Museum of Modern Art New York were eventually blocked on the grounds of insurance liability, however that same year MoMA organized a solo exhibition for the artist with the plans and models for these unrealized works titled Christo Wraps the Museum: Scale Models, Photomontages, and Drawings for a Non-Event. For the first time since 1968 Galerie Gmurzynska has assembled all of the documentation related to the proposed wrapping of the Museum of Modern Art.

In 1968 Christo and Jeanne-Claude also wrapped their first public building, the Kunsthalle Bern (in collaboration with curator Harald Szeemann), establishing a long-lasting relationship with Switzerland which became a prominent location for the testing of their ideas. They proposed and explored the wrapping of three urban landmarks in Geneva in the 1970s, one of them the famous water fountain at lakeside Le Jet d’Eau. The city denied permission, a chronic encounter for the artists throughout their career — their brilliant and adventurous modifications of surfaces and spaces often result in an altered perception and experience of familiar environments, which challenged local government authorities.

Christo’s latest work is a large scale installation for London, The Mastaba (Project for London, Hyde Park, Serpentine Lake) that takes inspiration from the trapezoidal structures that originated in ancient Egypt and Mesopotamia. This work is also part of a series which began with the first Mastaba project for Texas in the 1970s. The Mastaba for London’s Hyde Park will be made of 7506 oil barrels site specifically arranged and painted in the colors of the Union Jack, floating on Serpentine Lake to complement the Christo exhibition at the Serpentine Gallery this summer. The preparatory work for the Mastaba project for London’s Hyde Park will be exhibited publicly for the first time.