My interest in Christo dates back to the mid-’70s, when I was fortunate to present an exhibition of his work in Los Angeles and to be involved with the incredible project Running Fence (Sonoma and Marin Counties, California, 1972–76), executed with Jeanne-Claude. I am thrilled now, nearly fifty years later, to partner with Christo’s estate and present his work again. These early artworks were pivotal in both the development of Christo’s vision and the history of art.
— Larry Gagosian

Gagosian Paris presents its first exhibition dedicated to Christo, presented in collaboration with the artist’s estate. Featuring sculptures made in Paris between 1958 and 1963, many of which are being exhibited for the first time, the exhibition encompasses the earliest examples of Christo’s wrapped objects and barrel structures, together with key works from his rarely shown Surfaces d’Empaquetage and Cratères series. The exhibition unfolds across two floors of Gagosian’s rue de Ponthieu gallery, not far from Christo’s first Paris studio. 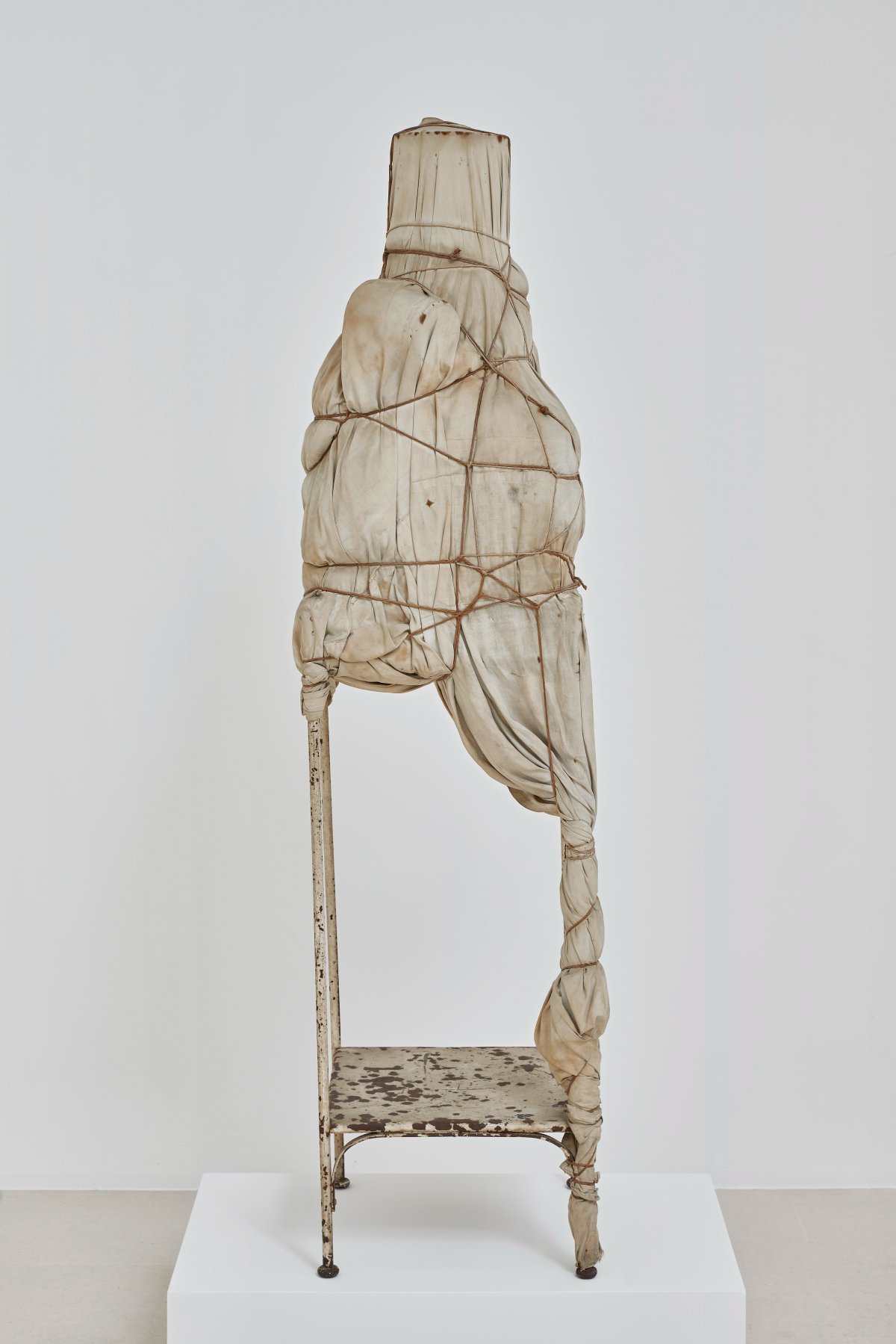 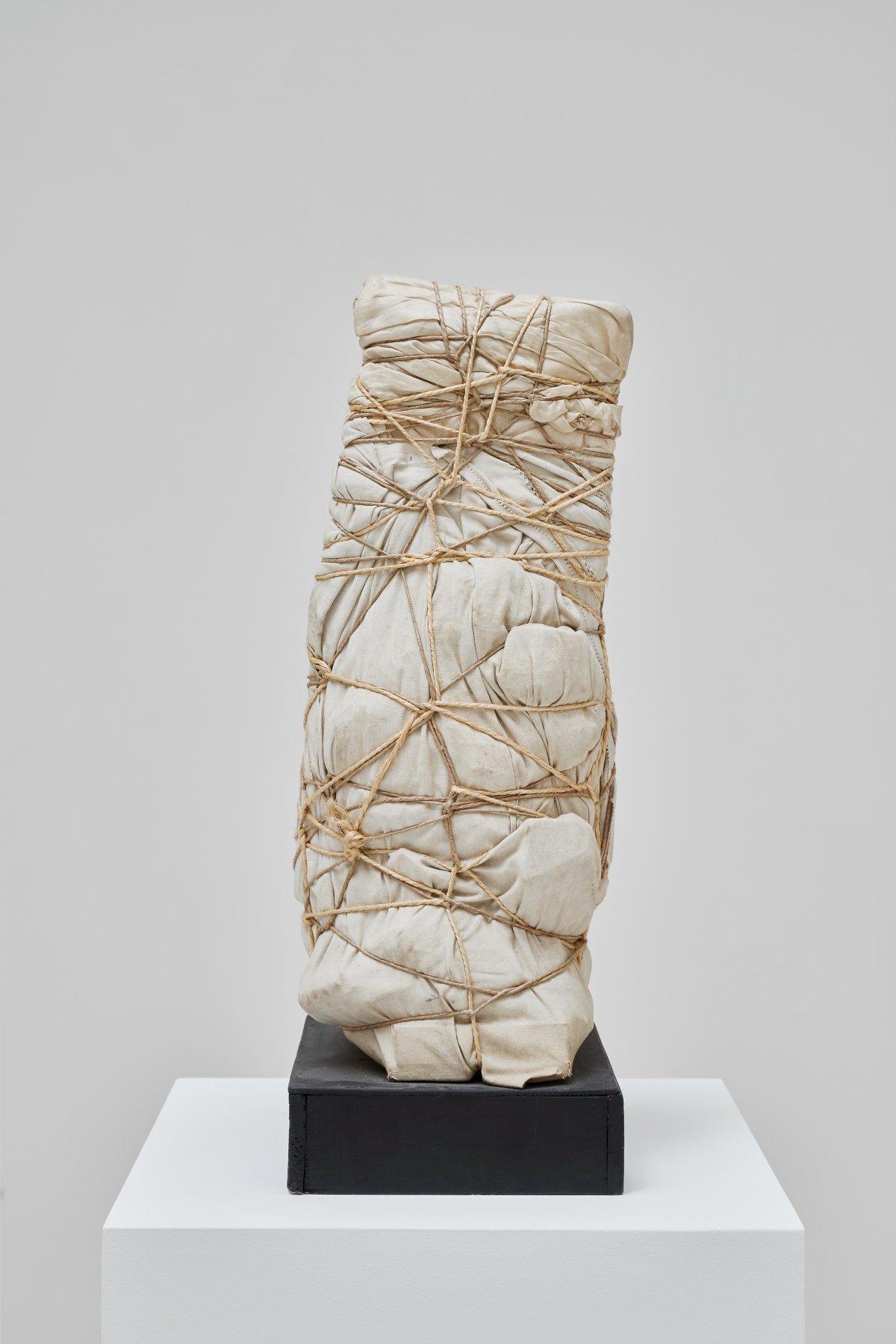 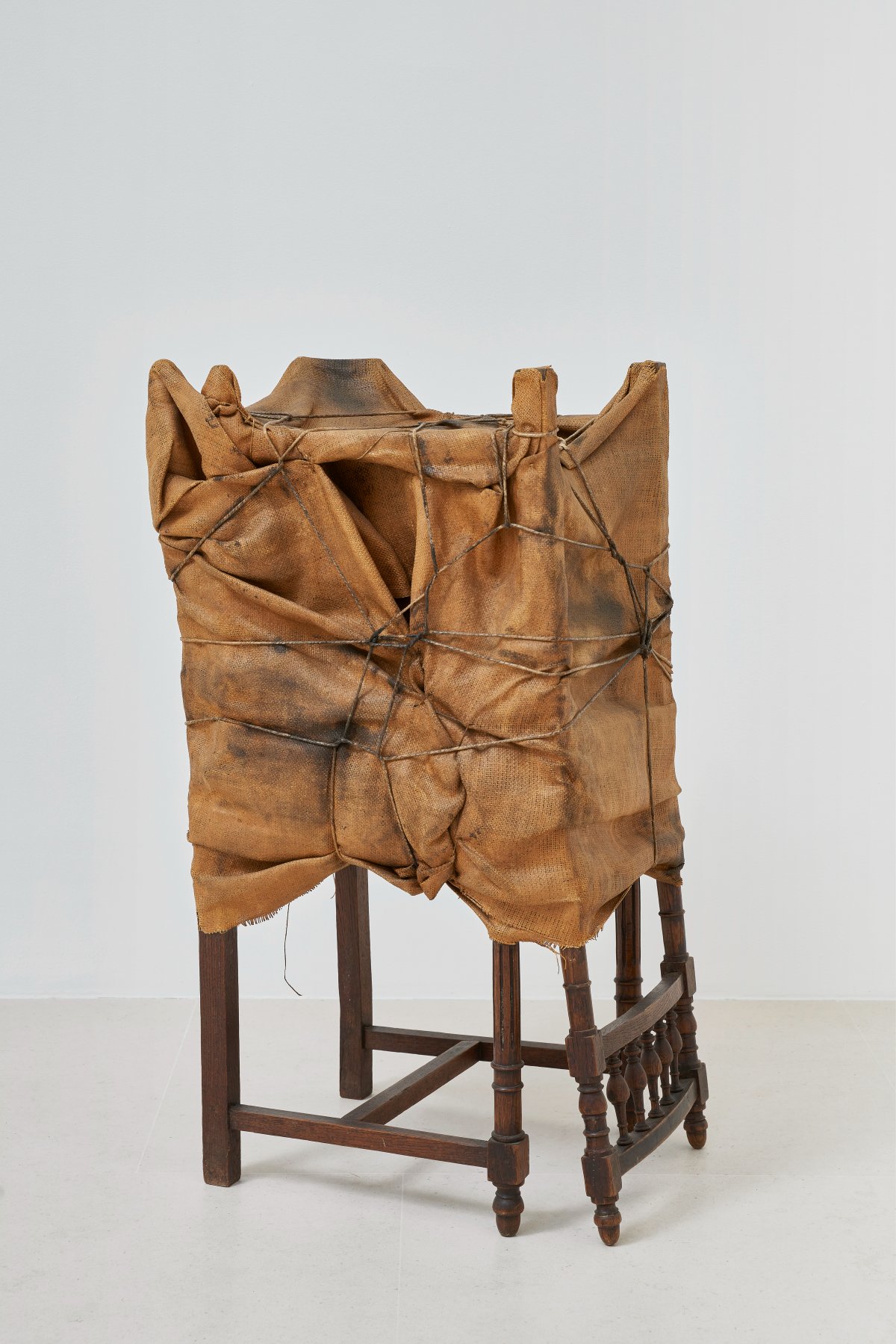 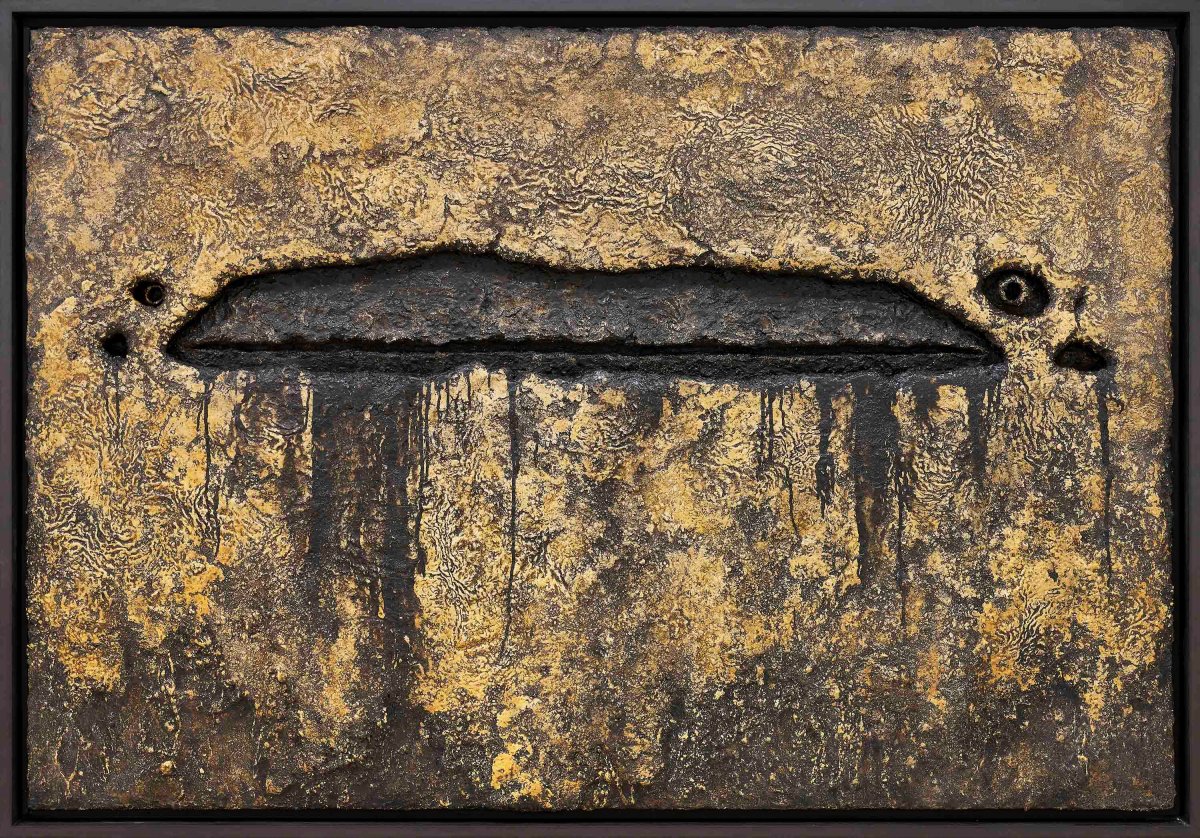 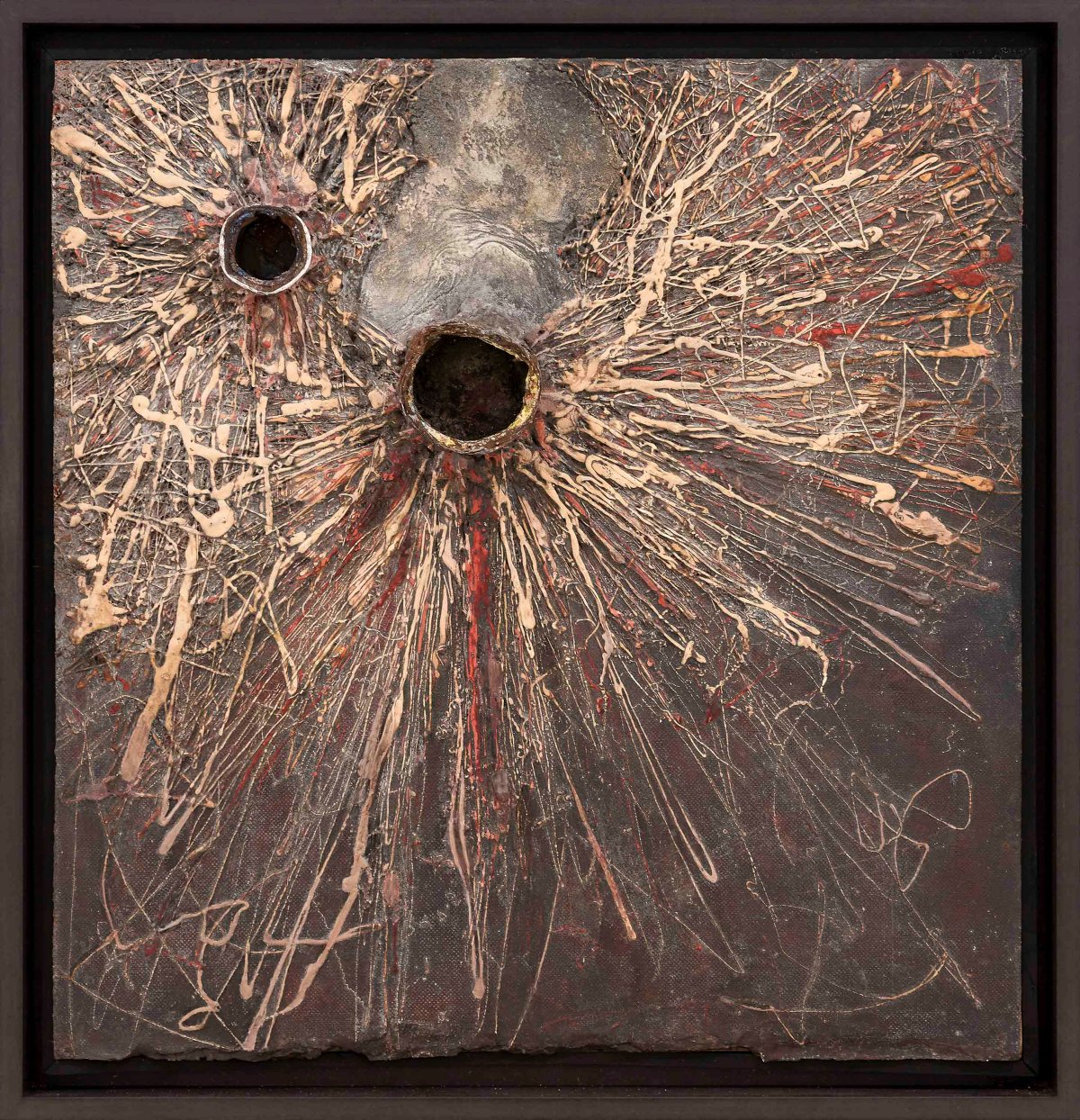 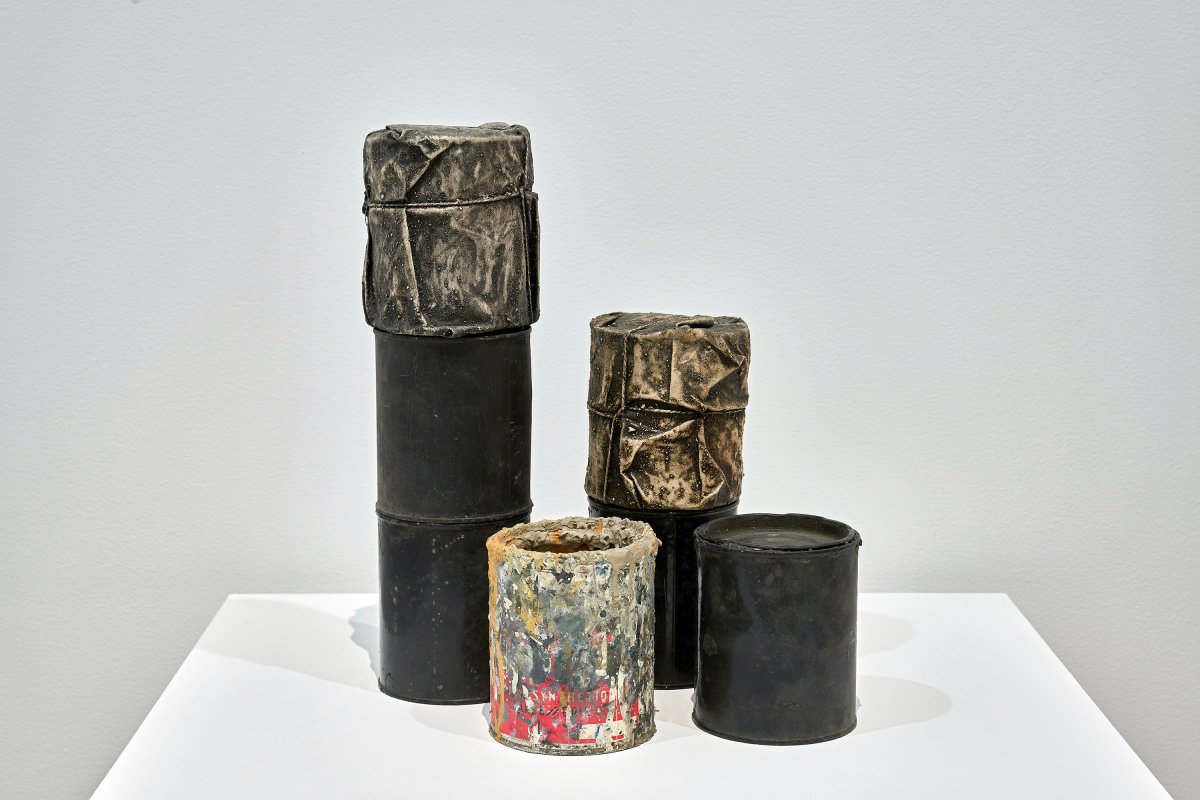 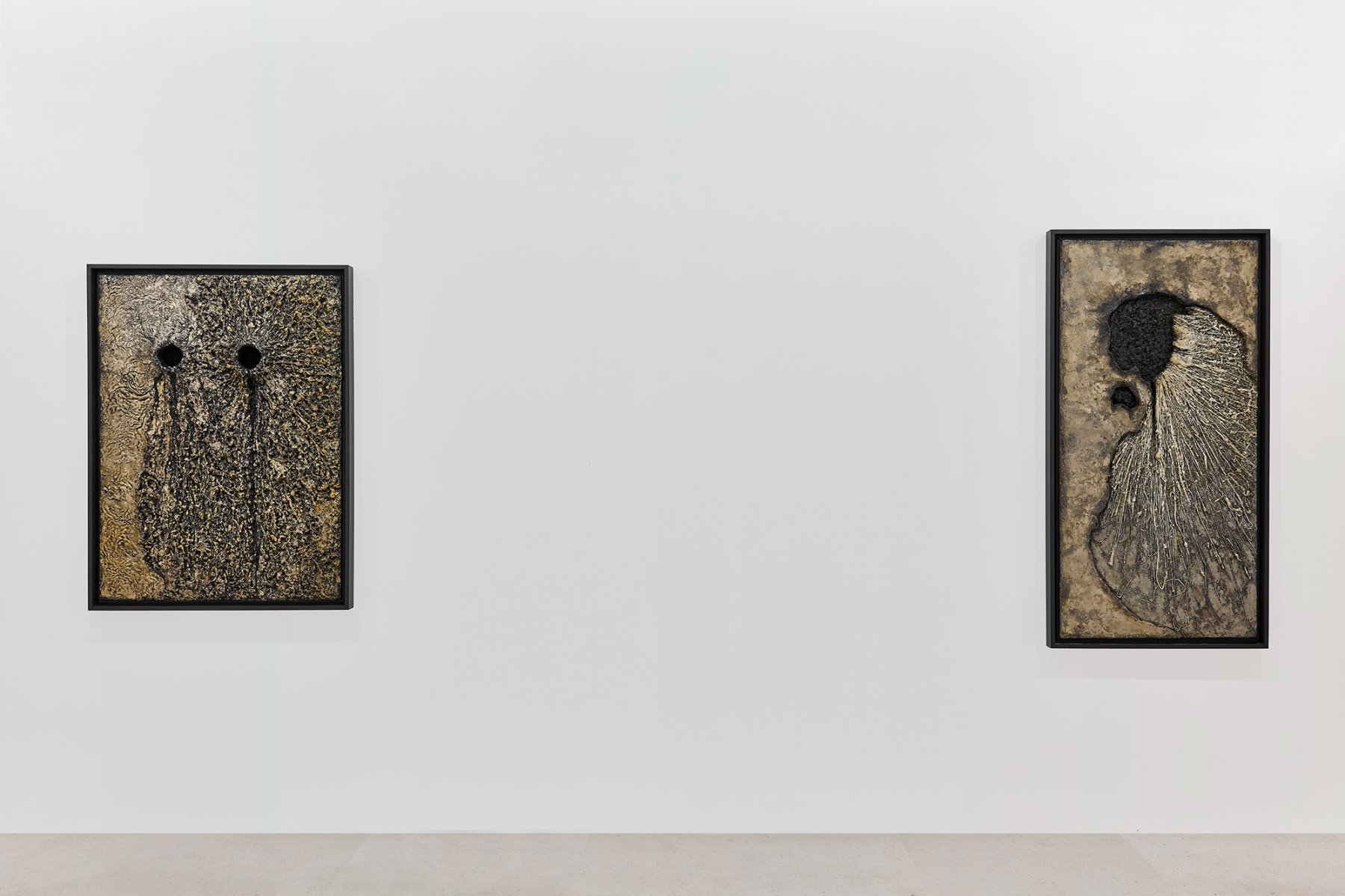 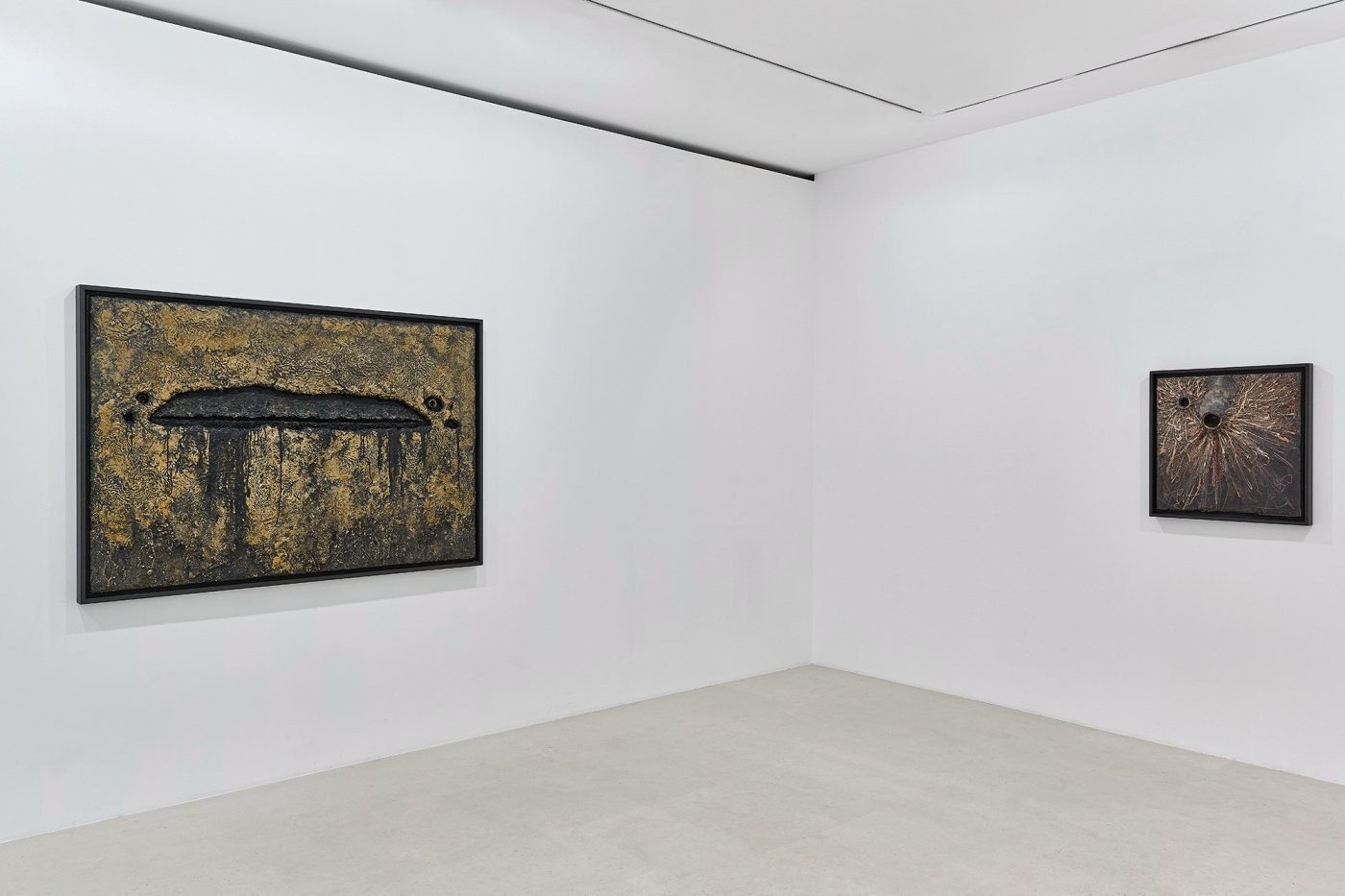 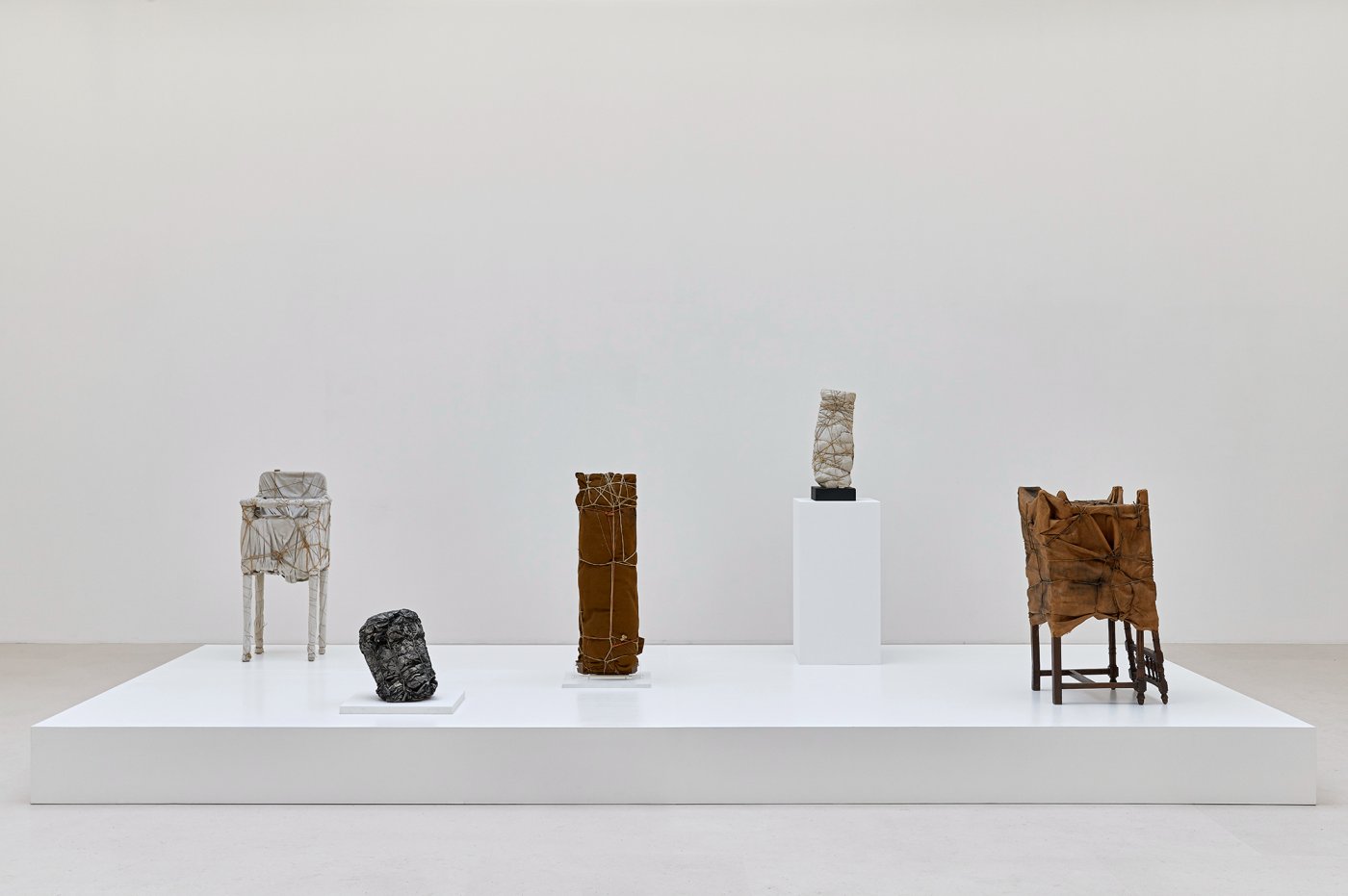 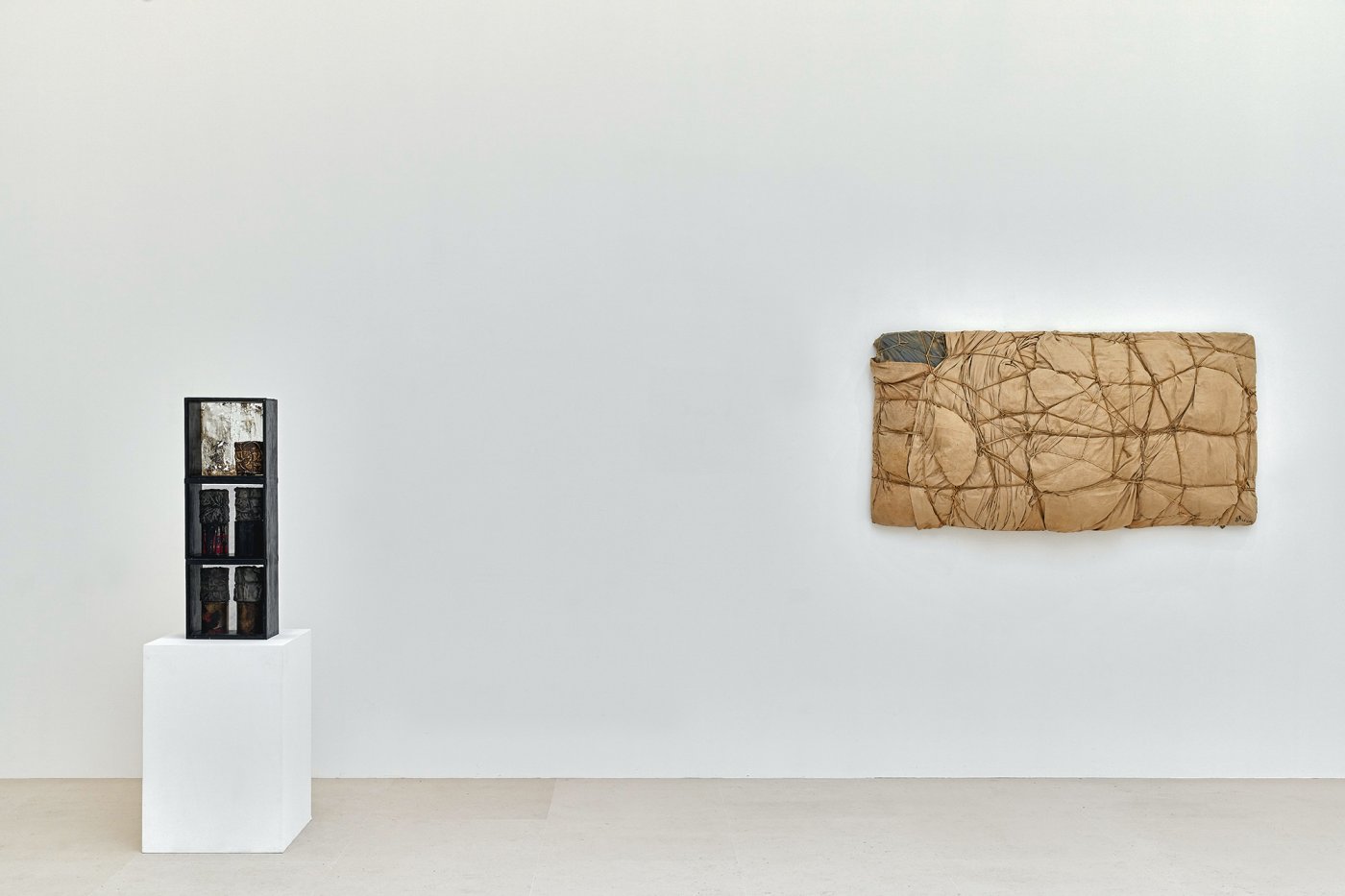 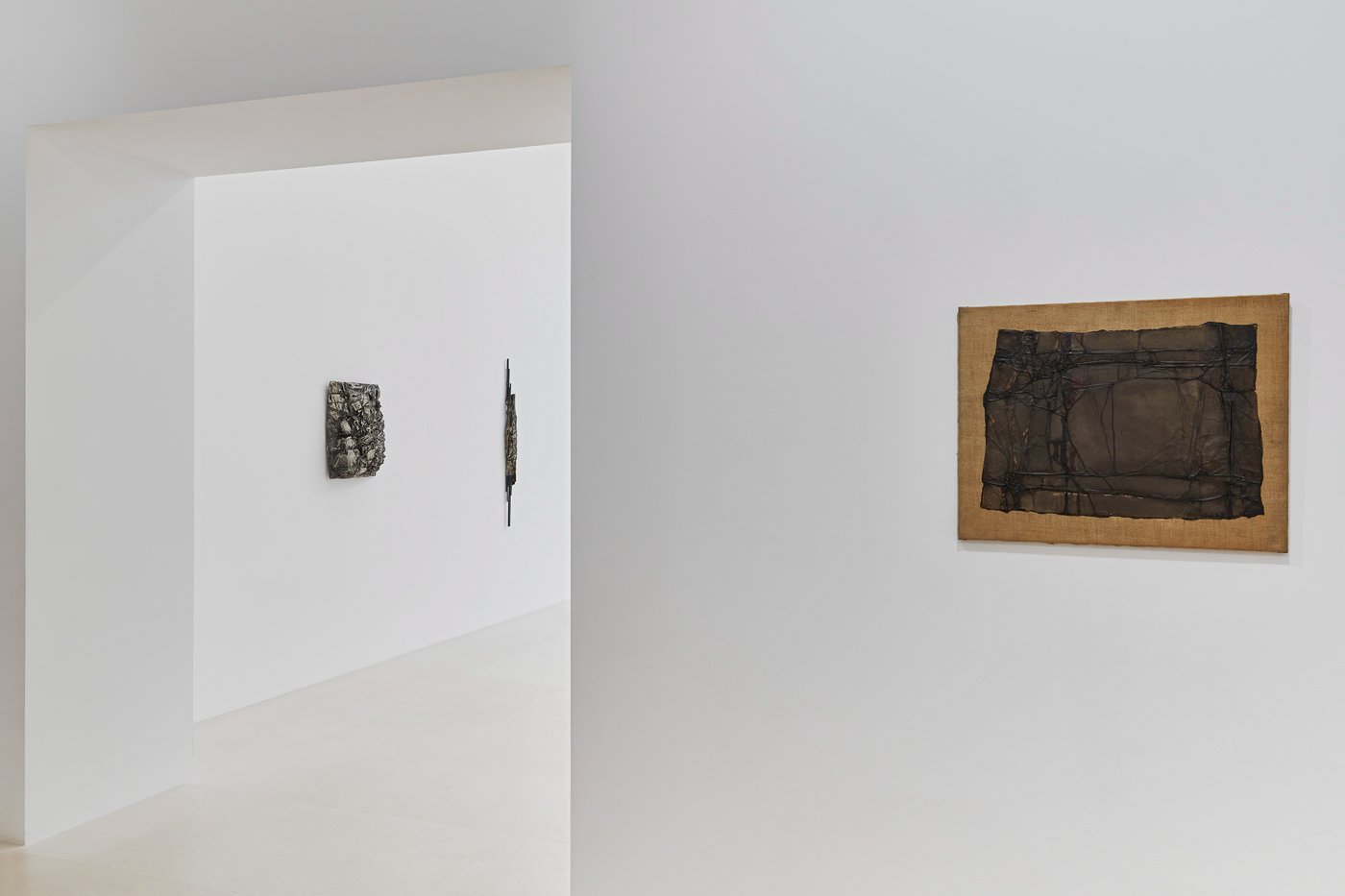 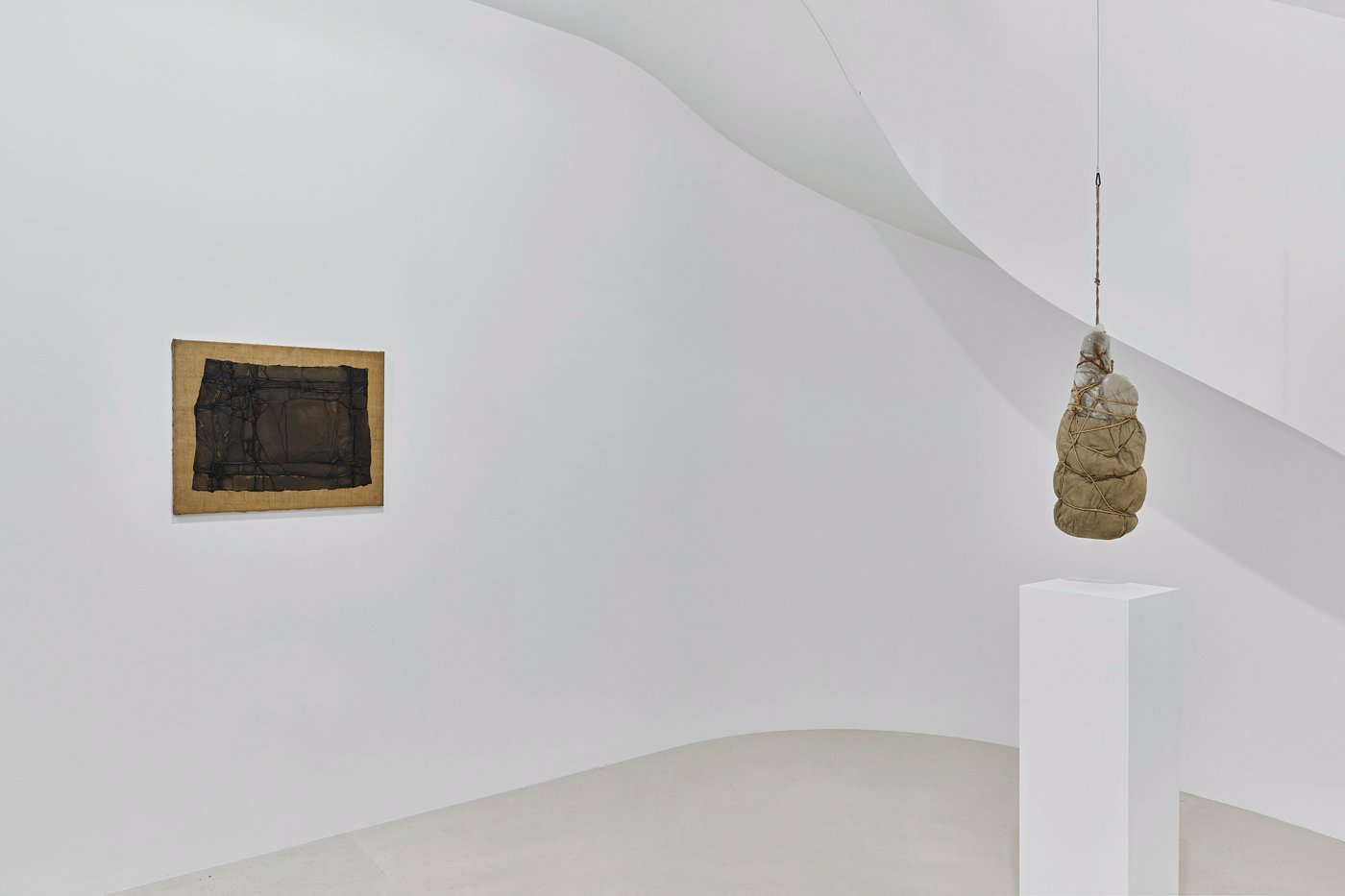 Christo moved to Paris in 1958, establishing a studio in a small maid’s room at 14 rue de Saint Sénoch in the 17th arrondissement. Here, he created his first Wrapped Objects and barrel structures, elements that became dominant in his sculptural practice. Christo found inspiration from connections with leading figures of the European and American avant-garde, including Joseph Beuys, John Cage, Nam June Paik, Pierre Restany, and Karlheinz Stockhausen. The same year, he also met Jeanne-Claude Denat de Guillebon, who became his wife and creative partner, coauthoring the monumental environmental works of art that changed the way we think of public art, and with which their names became synonymous.

I started working on the Cratères, the Wrapped Cans, the Surfaces d’Empaquetage around the same time, in 1958. In the beginning, the wrapping was not essential. It was not so much about making an object, but more about the texture of the object itself. I used fabric to wrap the cans, then I applied paint and lacquer to stiffen the fabric. This way they became like a still life.
—Christo, 2020

The highly tactile works from the Surfaces d’Empaquetage (1958–61) series are composed with crumpled or crushed fabric or paper coated with thin layers of lacquer and sand. In 1959, after visiting an exhibition that included work by Jean Dubuffet, Christo embarked on another series, Cratères. The many thick, coagulated layers of dark brown paint characterizing these wall-mounted panels reveal his growing interest in three-dimensionality. In some, he attached empty paint cans to the base before applying a mixture of sand, enamel, and glue, creating a mesh of furrows, trenches, and depressions that penetrate the pictorial space.

Most of Christo’s first Wrapped Objects sculptures incorporate conventional art materials such as paint cans and pigment bottles, swathed in resin-soaked canvas. Enveloping everyday objects with fabric or polyethylene sheets and binding them with rope, he altered their contours and surfaces, playing with their identities which he sometimes revealed and at other times concealed. Initially the result of instinctive aesthetic experiments, the series endured for more than sixty years, informing ever larger and more complex interventions leading to the massive 2021 project L’Arc de Triomphe, Wrapped, which he first proposed in 1961.

Christo was first intrigued by steel oil drums mainly because they were big, inexpensive, and almost indestructible. He began to cover them with the same fabric, varnish, paint, and sand that he used on smaller objects like cans and bottles. While the latter works recall classical still lifes, the larger dimensions of the barrels and their arrangements into groups gave them a monumental character, prompting Christo to expand the scale of his environmental works.

Sixty years ago this month, on the evening of June 27, 1962, Christo and Jeanne-Claude installed Wall of Oil Barrels—The Iron Curtain, closing the historic rue Visconti with eighty-nine barrels. The 4.2-meter-high barricade blocked one of narrowest streets in Paris for eight hours, obstructing most of the traffic through the Left Bank. Their work with barrels will culminate in The Mastaba, conceived in 1977 for Abu Dhabi. As Christo and Jeanne-Claude’s only permanent large-scale public artwork, and also their final project, The Mastaba will be carried out per Christo’s wishes by the artist’s team.