Christine Howard Sandoval: the green shoot that cracks the rock

Christine Howard Sandoval: the green shoot that cracks the rock 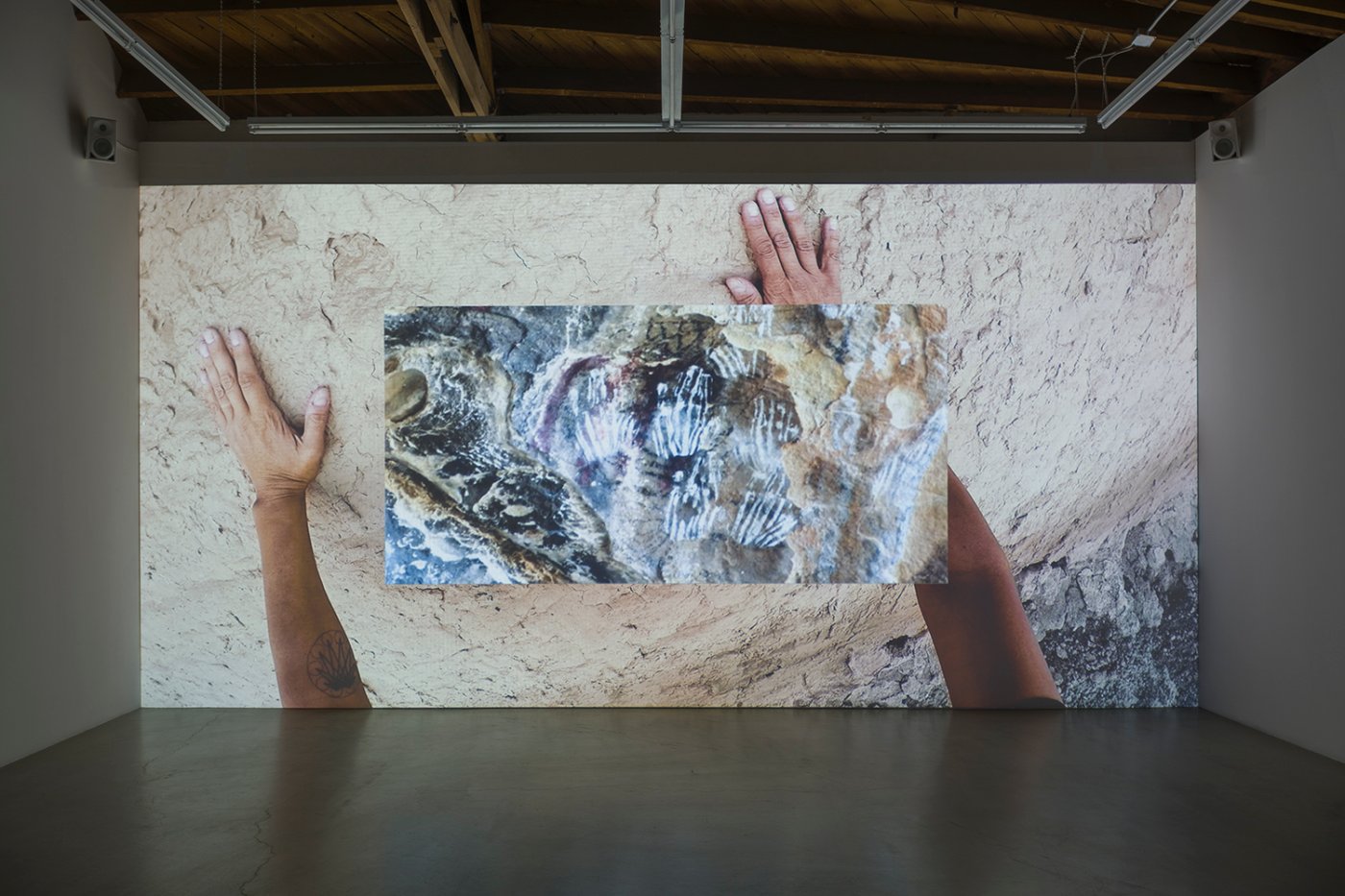 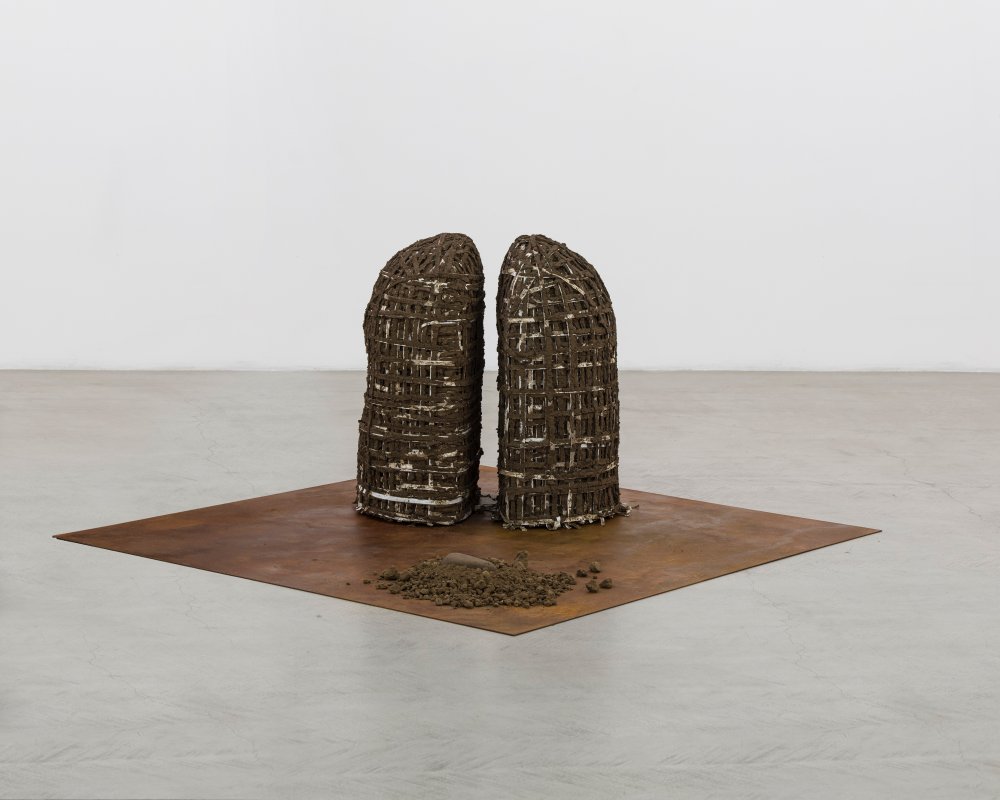 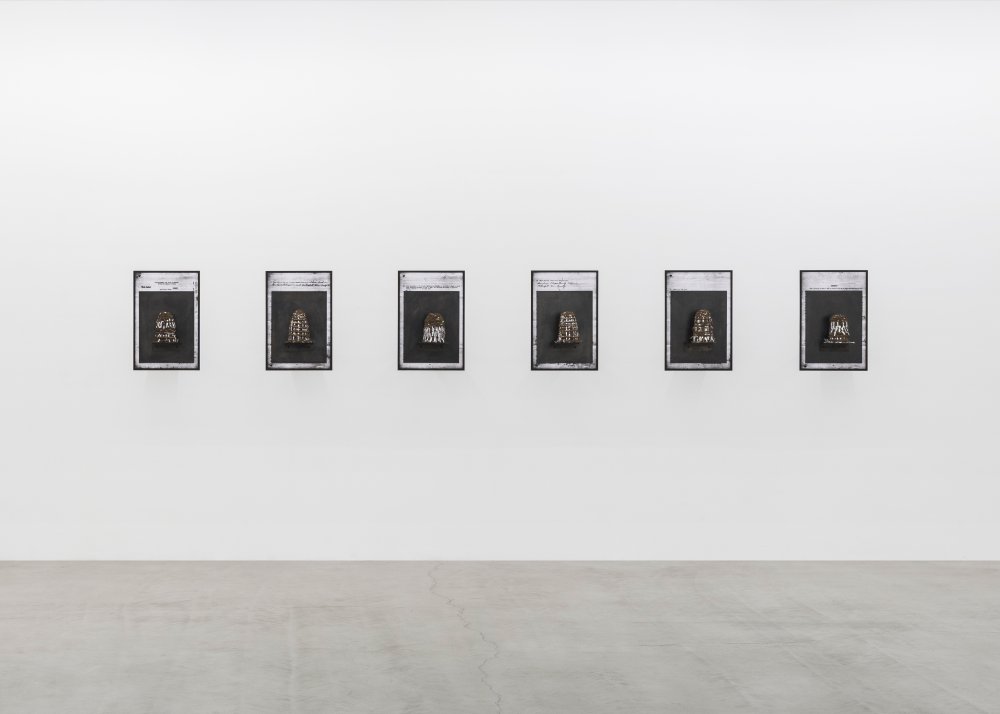 Christine Howard Sandoval
Document Mounds- Application for Enrollment with the Indians of the State of California Under The Act of May 28, 1928 (6 pages), 2021 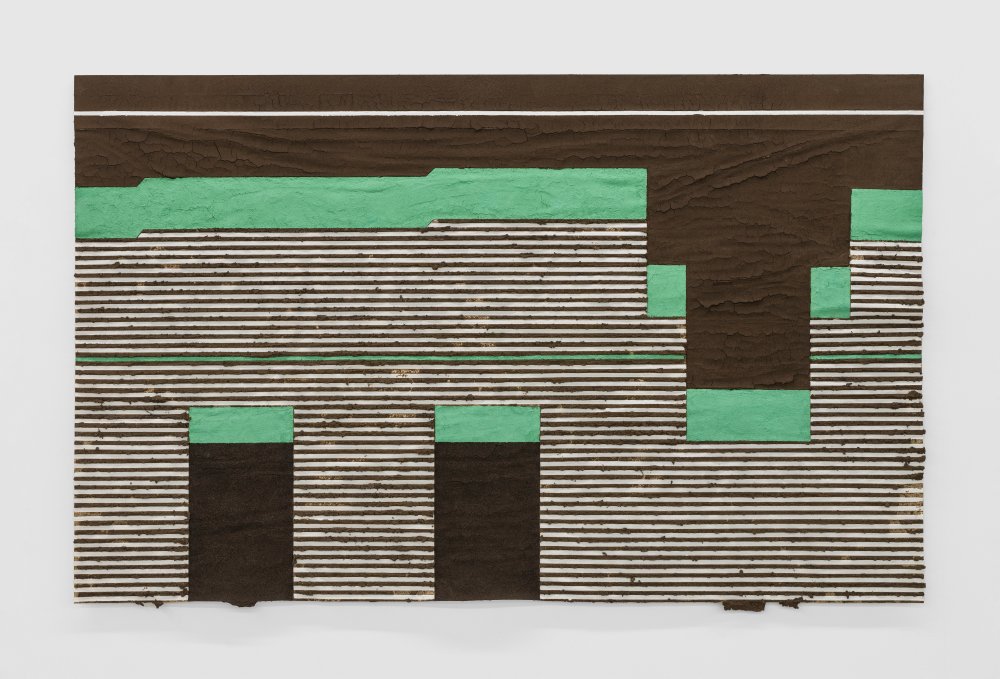 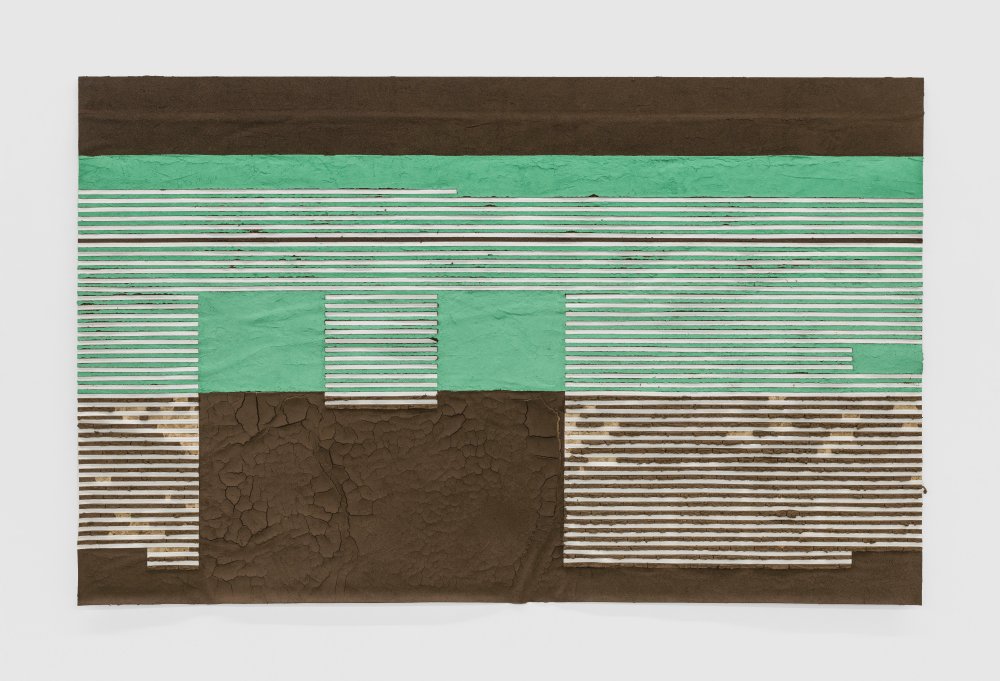 Christine Howard Sandoval
After The Fire, 2022 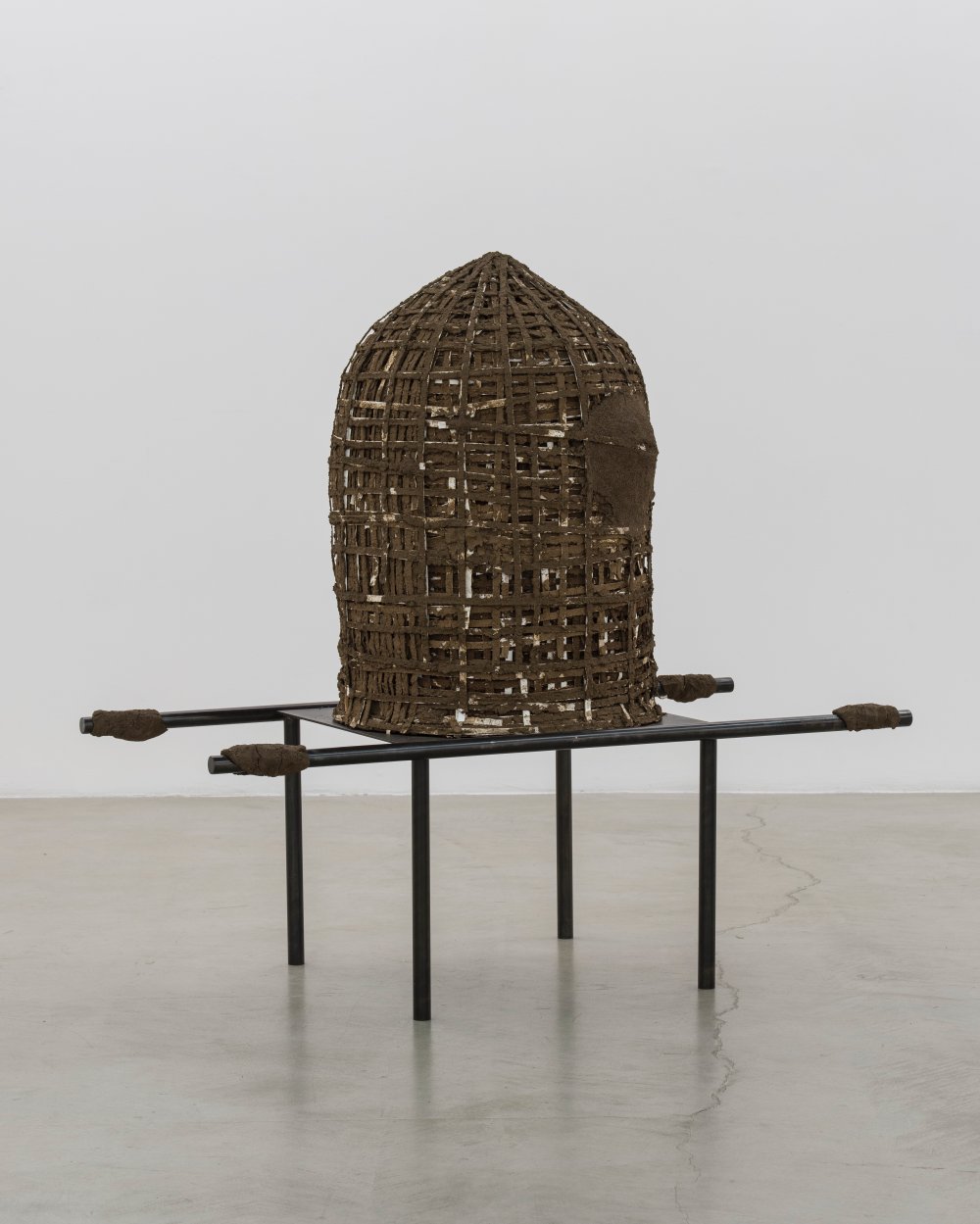 Christine Howard Sandoval
Stretcher- For The Transportation of Water, 2021 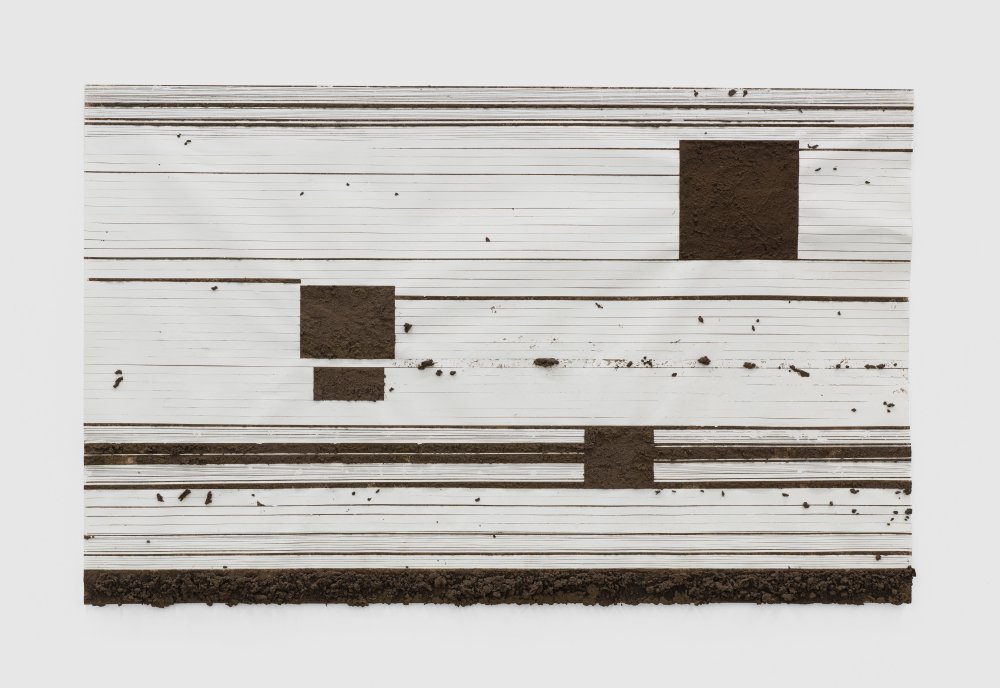 Christine Howard Sandoval
Sending Signals Into The Ground To Form Images Of What Is There To See, 2020 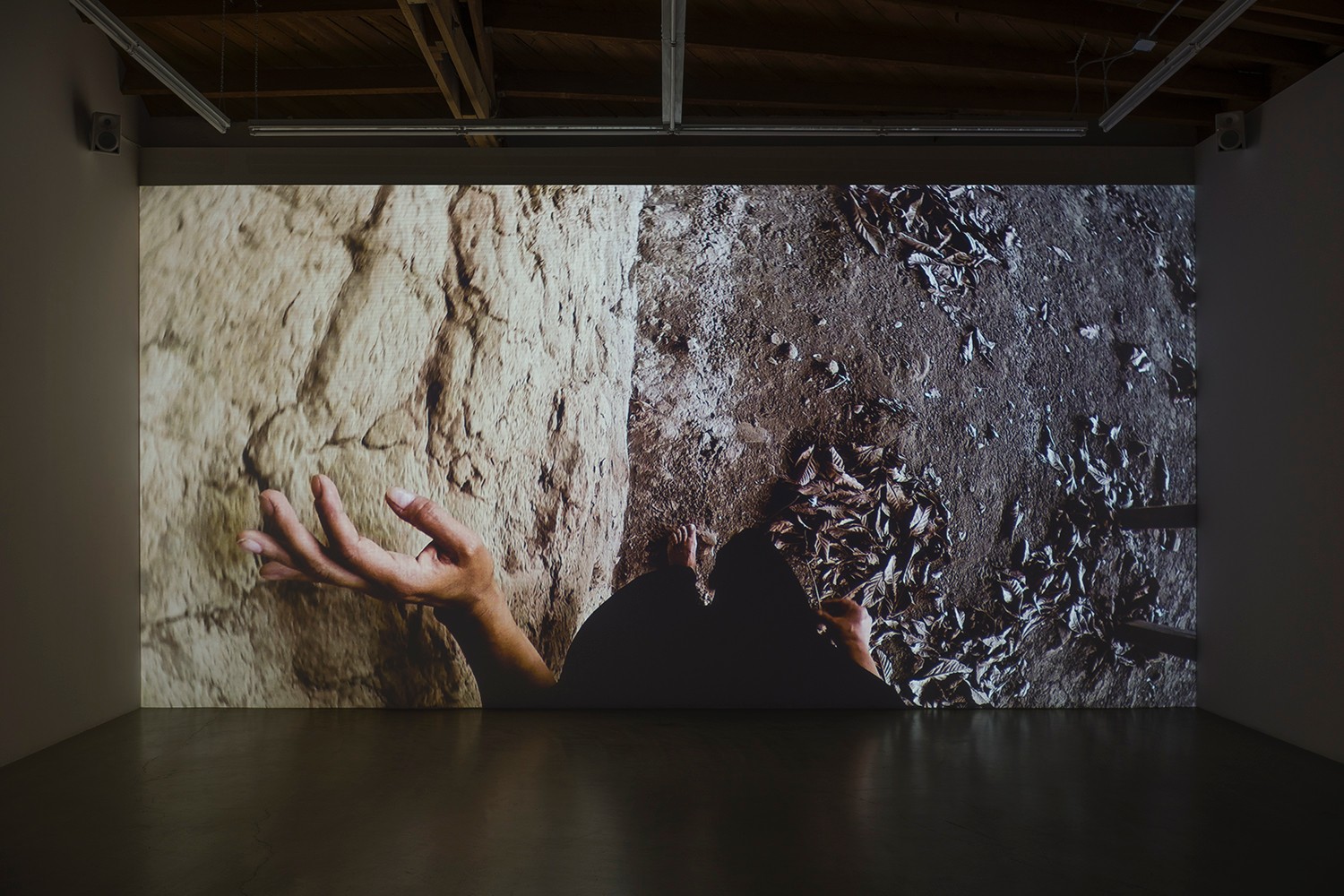 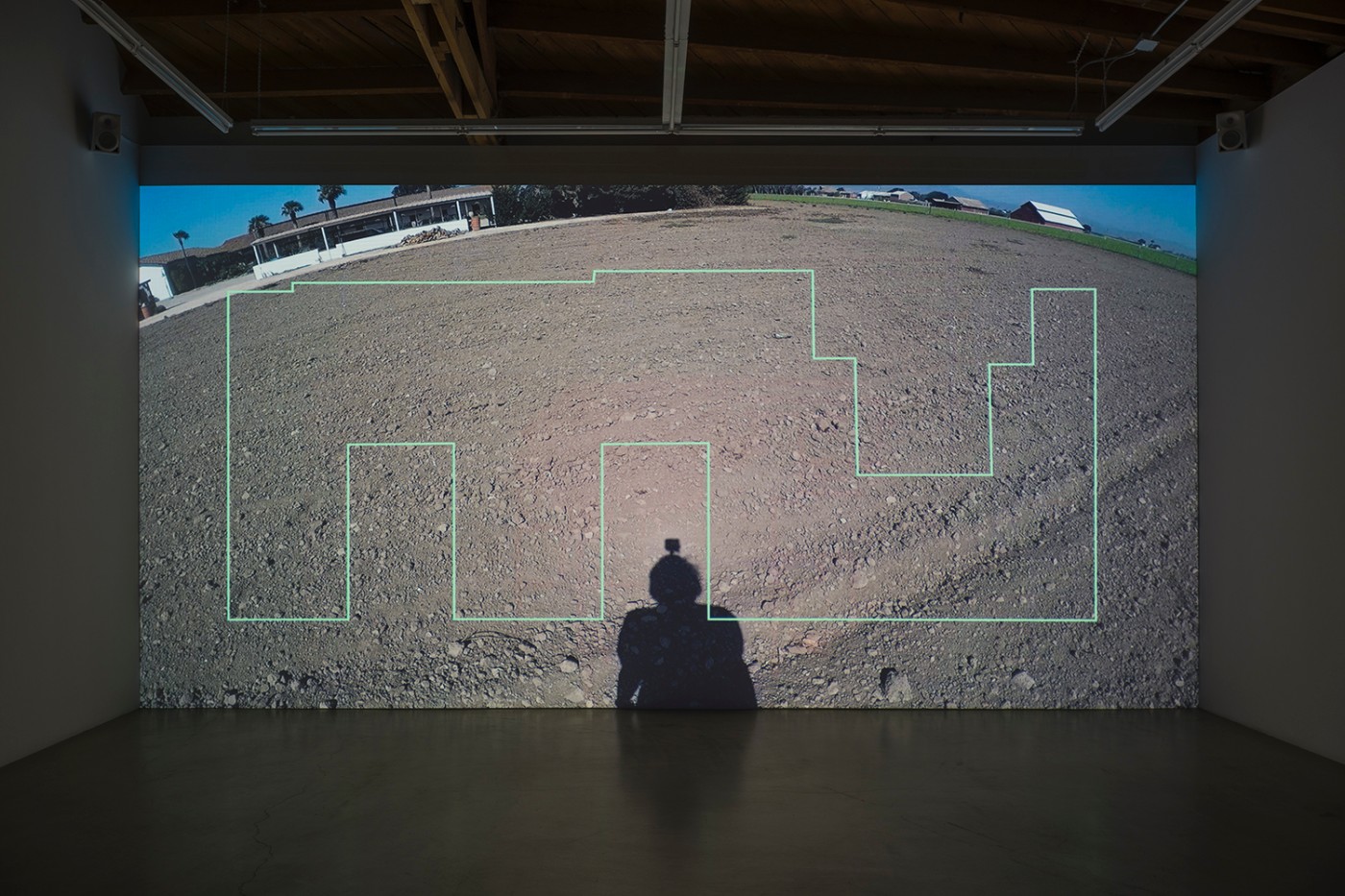 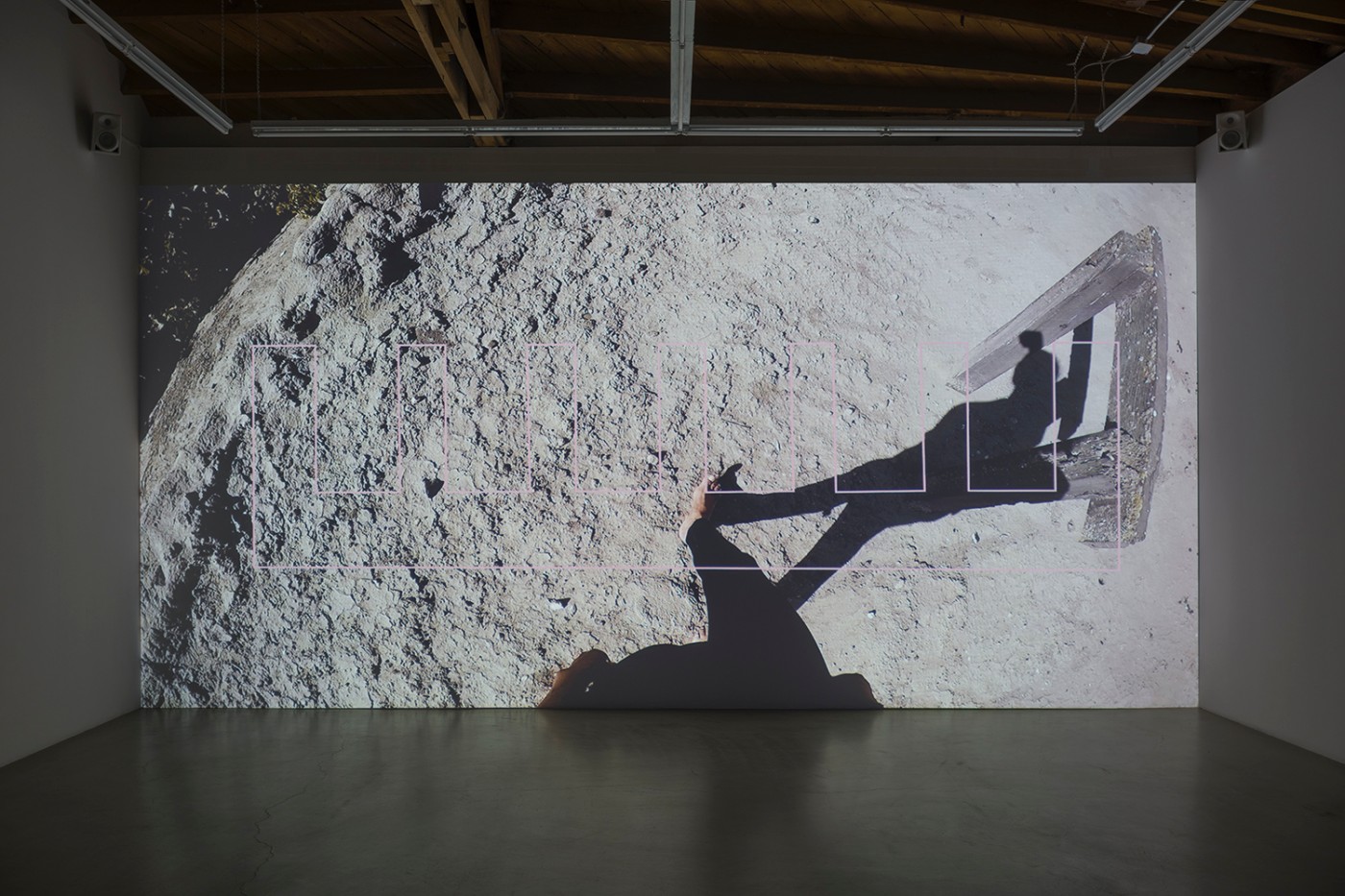 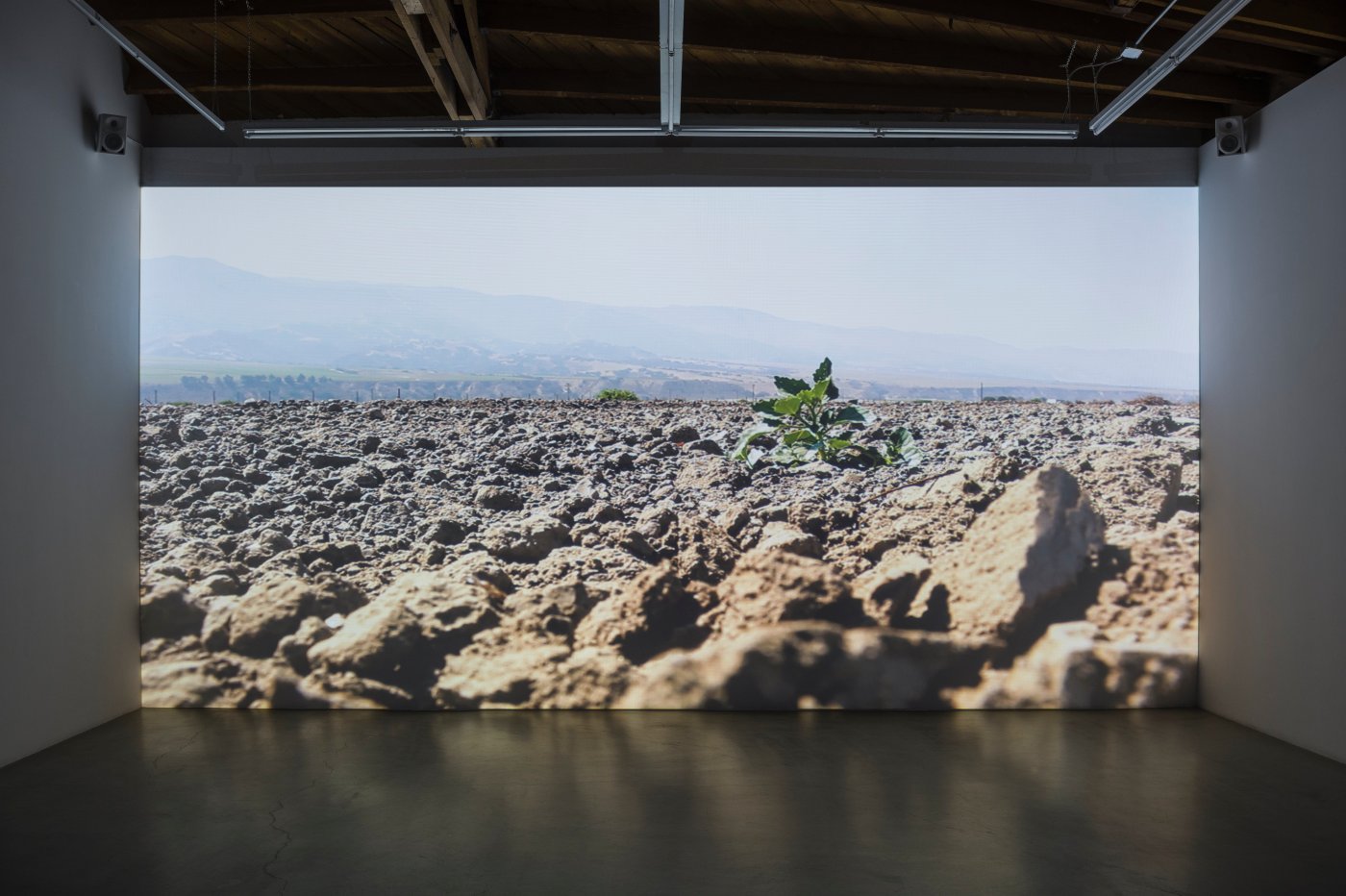 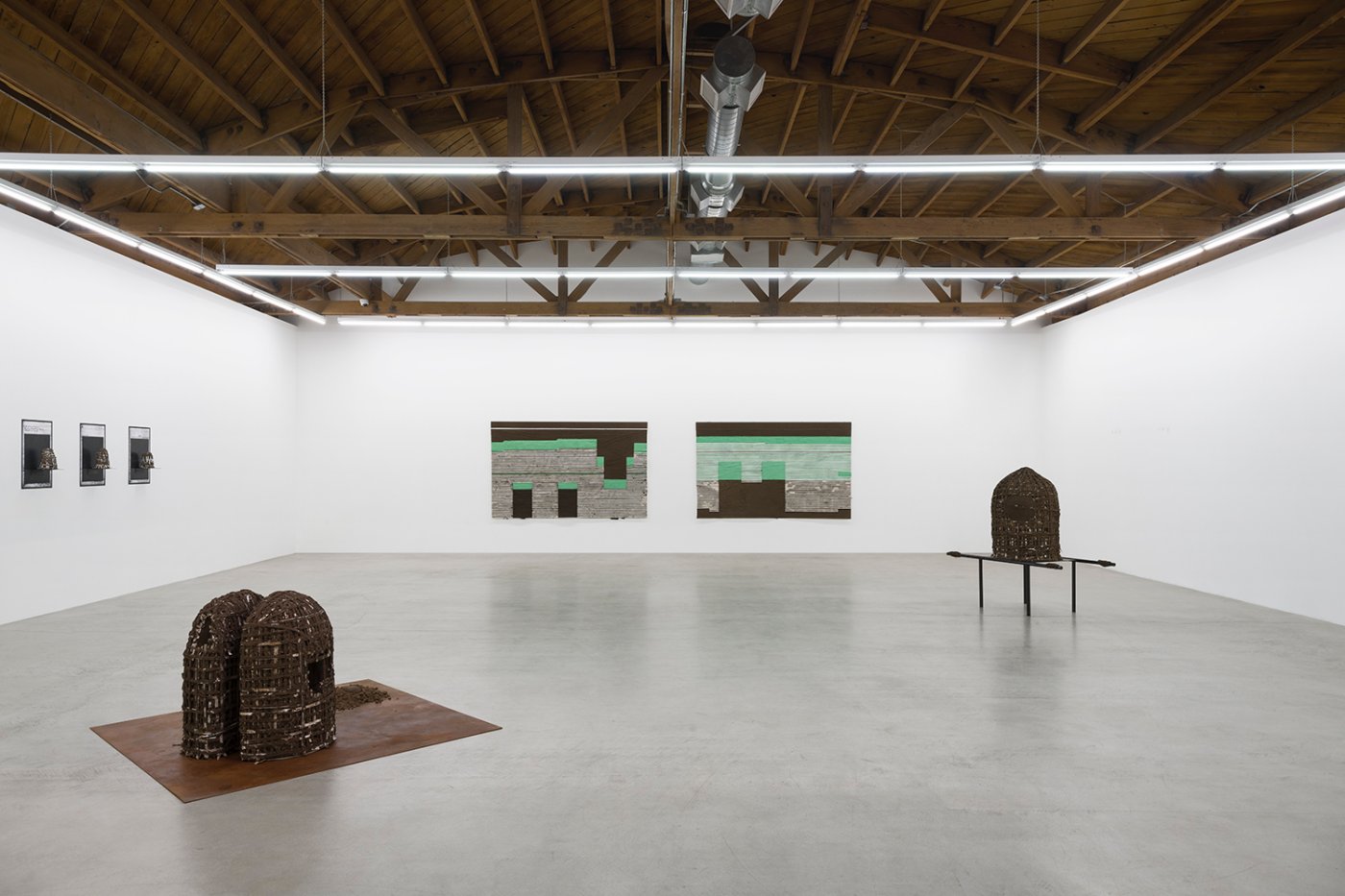 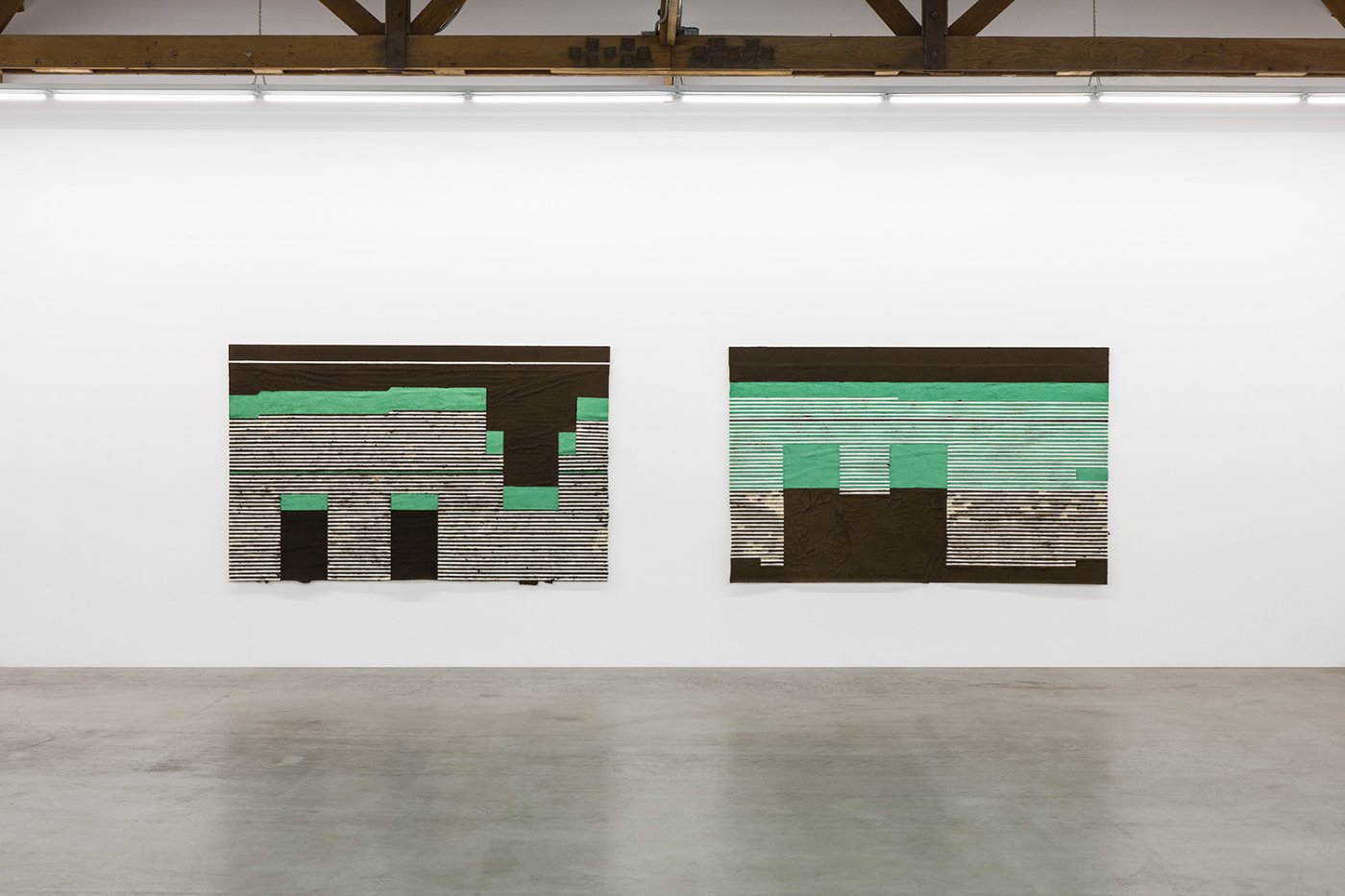 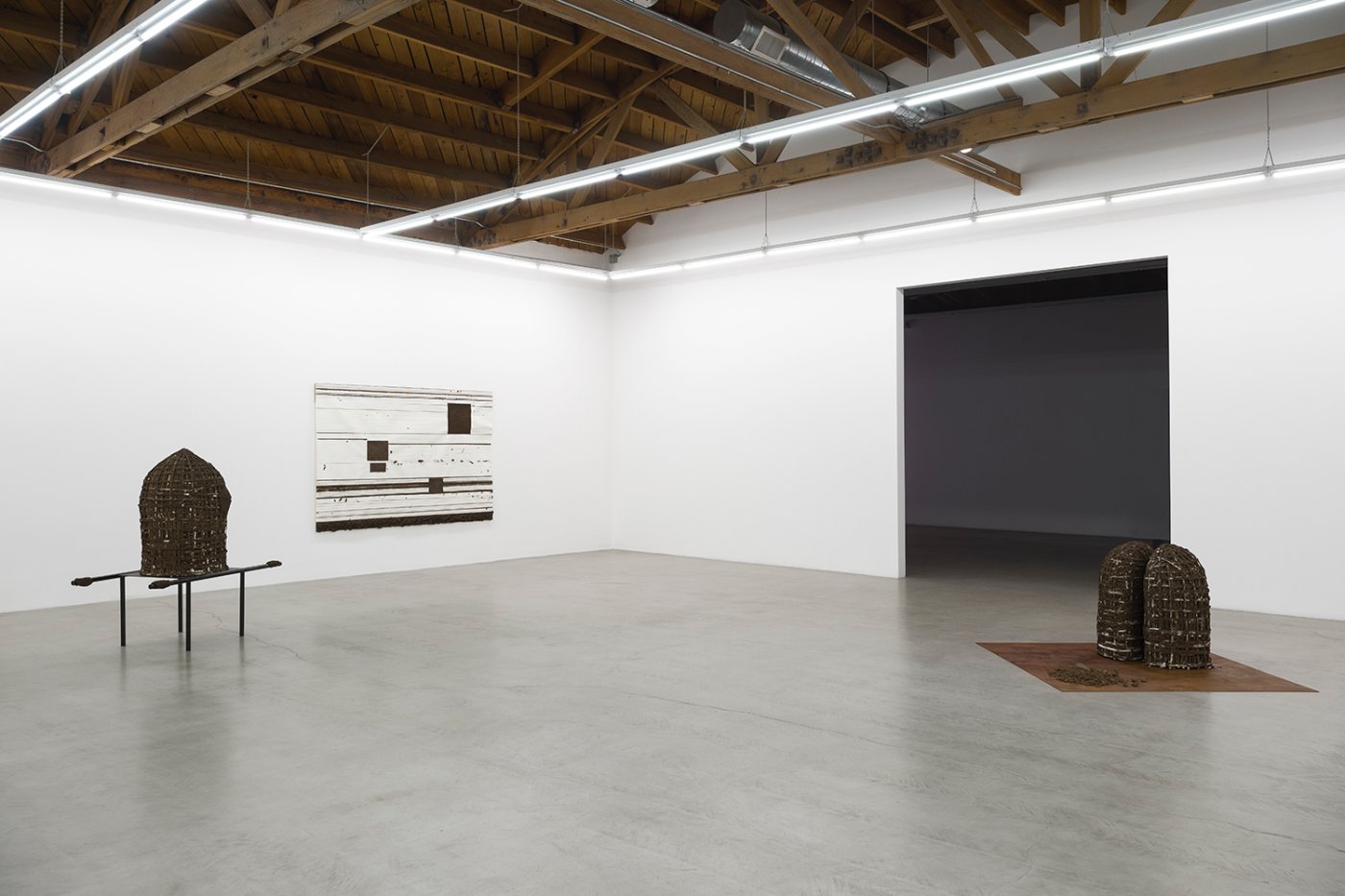 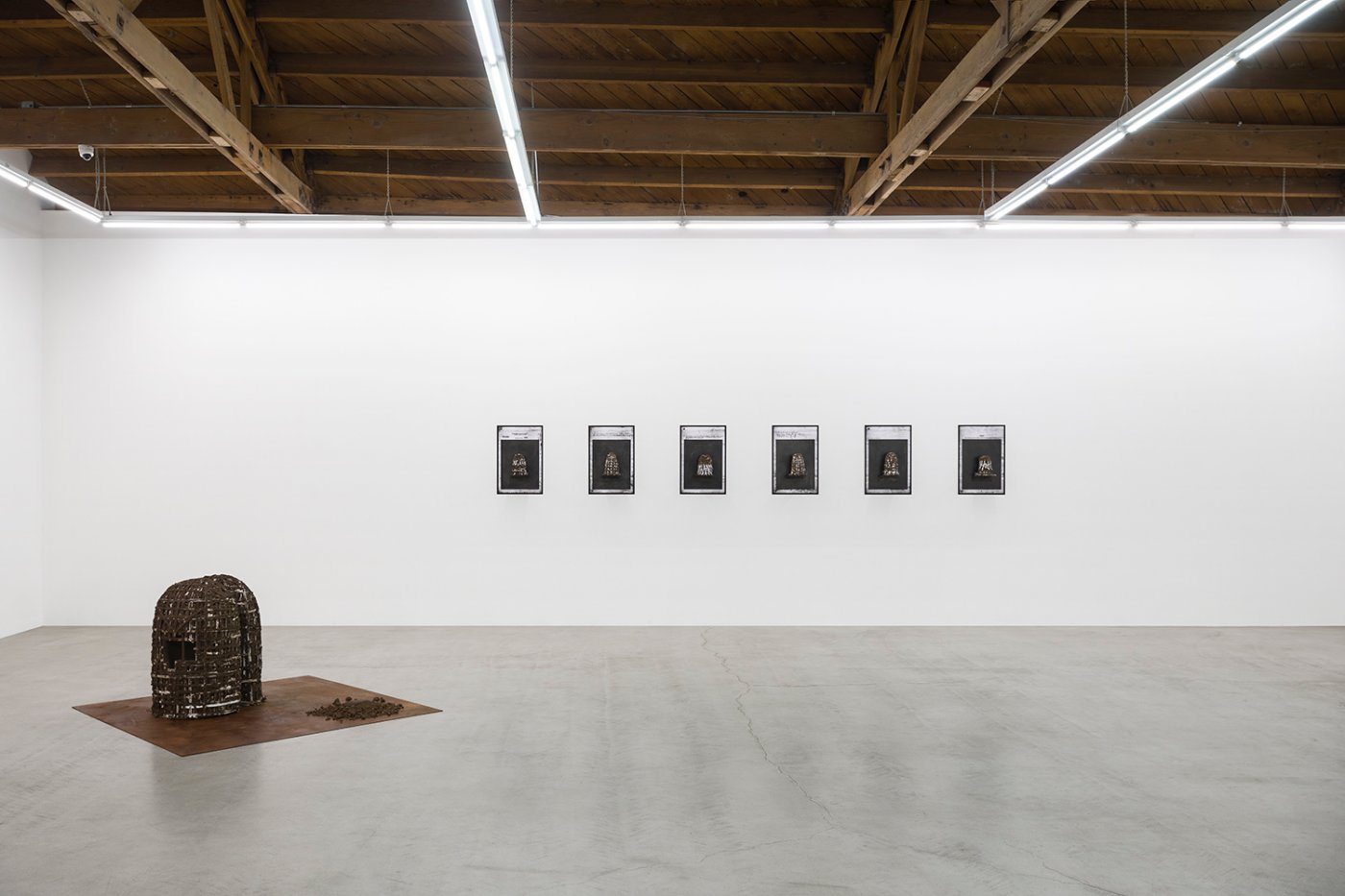 Howard Sandoval’s embodied work confronts the complex history and innate interconnection of land and body. As she traces a path to her ancestral home, the artist scrutinizes the narrative of erasure in early North American settler’s records and reassigns power through documentation of embedded Indigenous cultural practices. Her poetic oeuvre seeks to weave a collective awareness back to nature by means of a more cyclical and deepened relationship with land and place.

The land, as an ever-evolving being, plays a central role in Howard Sandoval’s visual language. Taking adobe as her main medium, the artist explores its inherent properties of historical, familial and ecological histories. Adobe mud requires a bodily process to mix soil (sand, silt and clay), water and often straw to form a workable, malleable and ultimately structural material. In this ongoing investigation, she emphasizes the intentionally omitted history of forced labor, land theft, and the violent genocidal actions Indigenous people experienced.

Within this new body of work, Howard Sandoval compresses the architectural space of Mission Soledad, focusing on the location of her ancestors. These literal landscapes depict flattened passageways and facades perceived from every angle; within and at a distance, forward and backward. The application of pigmented green overlay in The Fire and After The Fire relays emergent space bringing new life and understanding. Using a highly tactile process, she mounds the adobe onto vinyl, paper and panel then peels away layers–mirroring the obstruction of past histories–to reveal untouched space. The woven sculptures utilize a similar adobe layering technique though in a three-dimensional form referencing the archways, stones, baskets and Indigenous mound formations. In the smaller series of mounds adobe binds the space between spliced lines of historical documents.

The disorienting perspective of Howard Sandoval’s films exposes the complexities of her ongoing investigations. With ethical concerns of objectification, she has turned away from traditional photographic forms of looking and capturing in order to avoid a voyeuristic gaze. The artist adopts the accountability and injustice of surveillance technology using a body camera situated above the traditional eye–connecting the camera itself to the body’s interaction with nature–and creating an anomalous survey of land. In Niniwas- to belong here, she walks the viewer barefoot through the fields and ruins of Mission Soledad tracing striated paths, uncovering, reclaiming and interweaving a past and present history.

In exploring their imperial architecture typologies, Howard Sandoval recharacterizes Spanish missionary structures’ ongoing presence giving agency to an Indigenous body while considering the emotional aspect of perspective. The learned techniques from past knowledge and utility help inform the present and regenerate in future iterations. These works contemplate permanence and the nature of structures as abstracts of and metaphors for Howard Sandoval’s ancestry. Her repetitive process and experimentation with the medium gives new embodiment and space for the multiplicity of her ideas to be dissected to their fullest capacities. These histories–intertwined with identity and connection to the land–are complexities that exist and float together in her artwork.

Christine Howard Sandoval is an interdisciplinary artist who lives and works in Vancouver, BC. She has exhibited nationally and internationally; at the Contemporary Art Gallery (Vancouver, BC), Oregon Contemporary (Portland, OR), The Museum of Capitalism (Oakland, CA), Designtransfer, Universität der Künste Berlin (Berlin, Germany), El Museo Del Barrio (New York, NY), and Socrates Sculpture Park (Queens, NY). Her first solo museum exhibition debuted at Colorado Springs Fine Arts Center at Colorado College (Colorado Springs, CO) in May 2019, during which time she was the Mellon Artist in Residence at Colorado College. Howard Sandoval has also been awarded residencies at UBC Okanagan, Indigenous Art Intensive program (Kelowna, BC), ICA San Diego (Encinitas, CA), Santa Fe Art Institute (Santa Fe, NM), Triangle Arts Association (New York, NY), and The Vermont Studio Center (Johnson, VT). She holds a BFA from Pratt Institute (NY) and an MFA from Parsons The New School for Design (NY). She is currently Assistant Professor of Interdisciplinary Art in the Audain Faculty of Art at Emily Carr University (Vancouver, BC). Howard Sandoval is a member of the Chalon Nation in Bakersfield, CA.