Christina Kruse: Base and Balance

Christina Kruse: Base and Balance 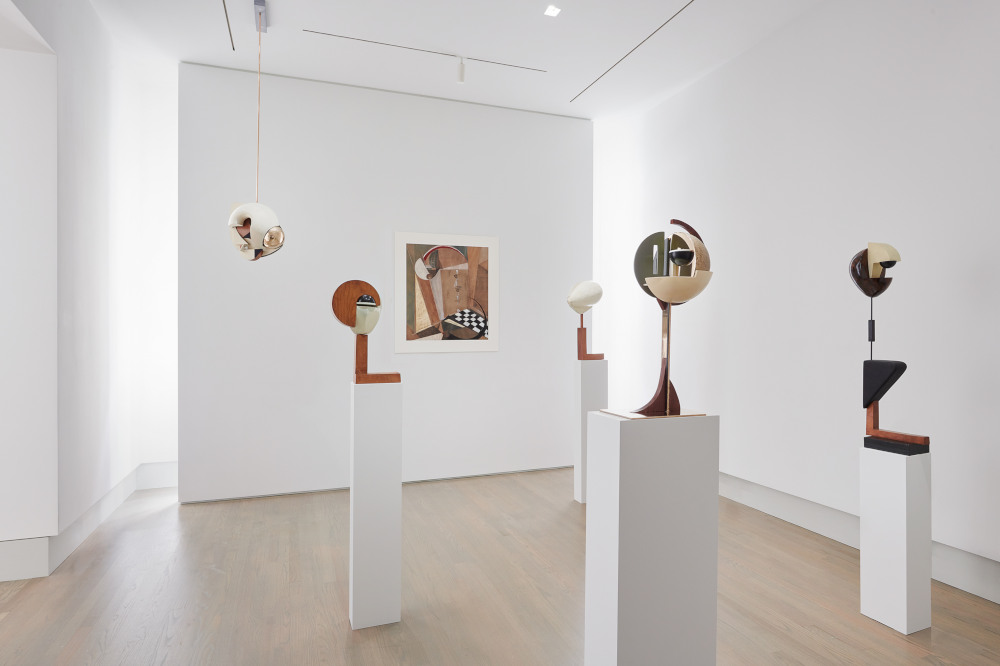 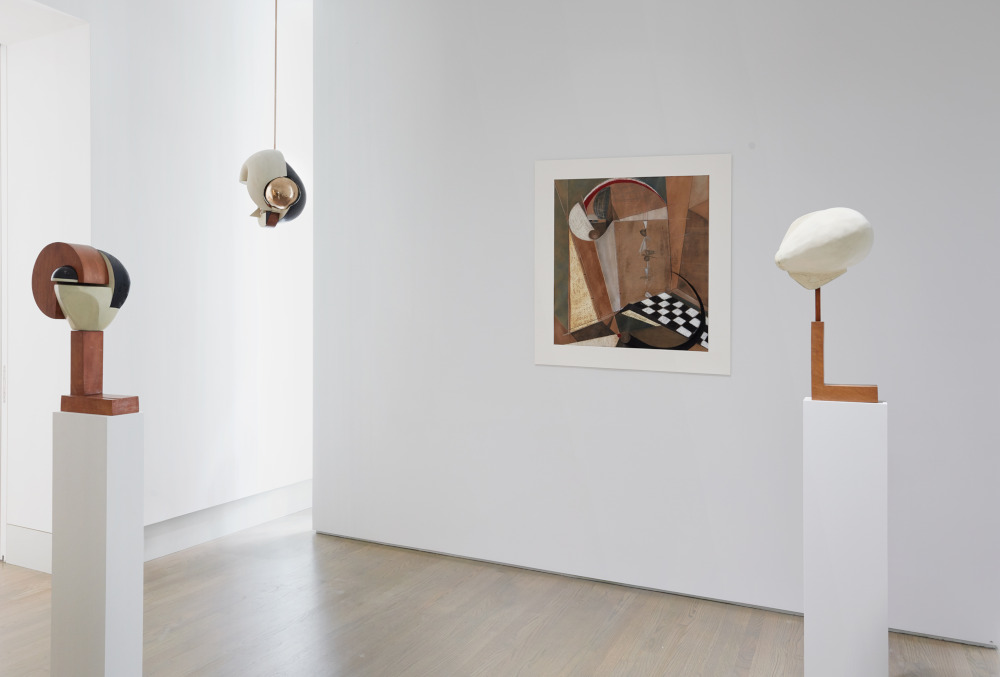 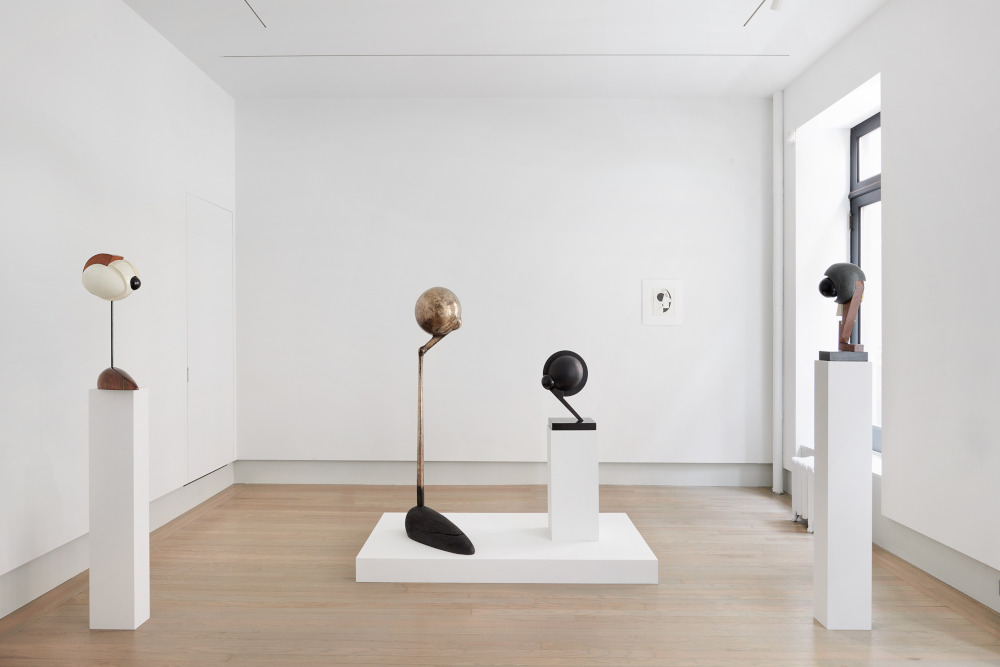 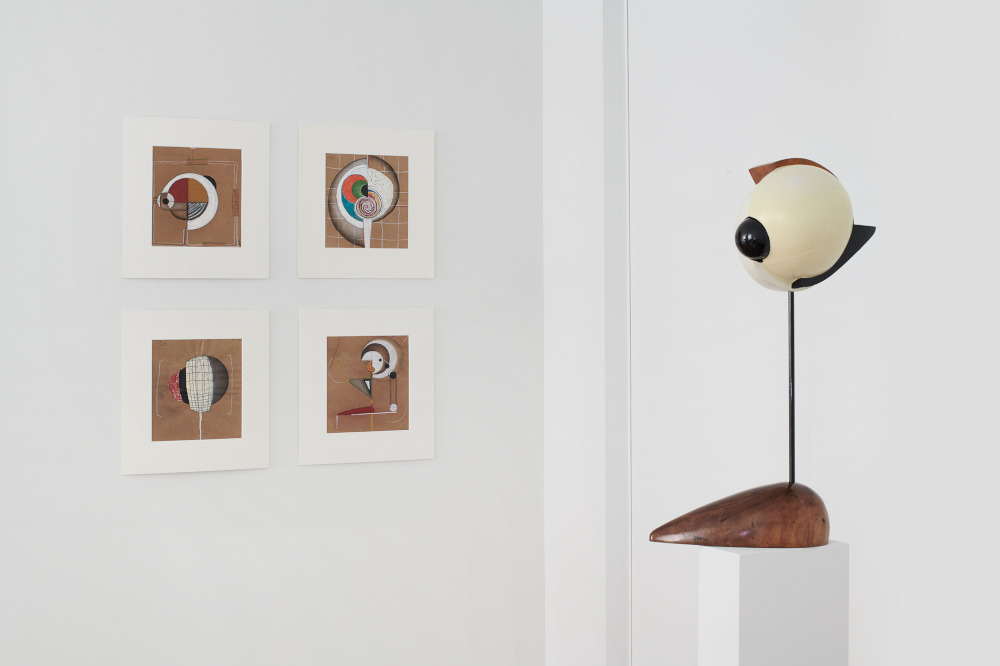 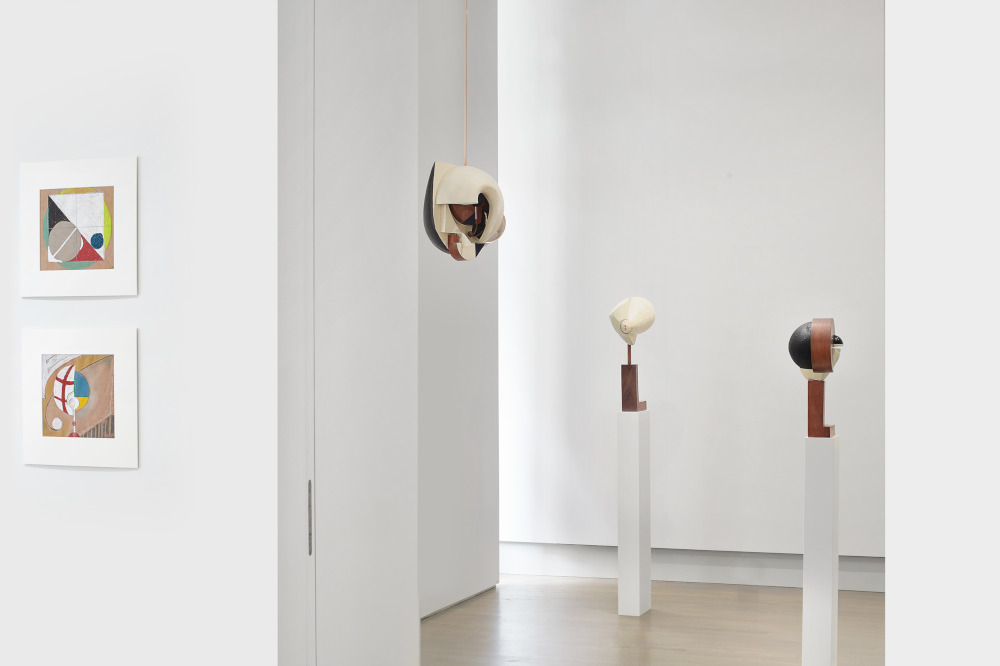 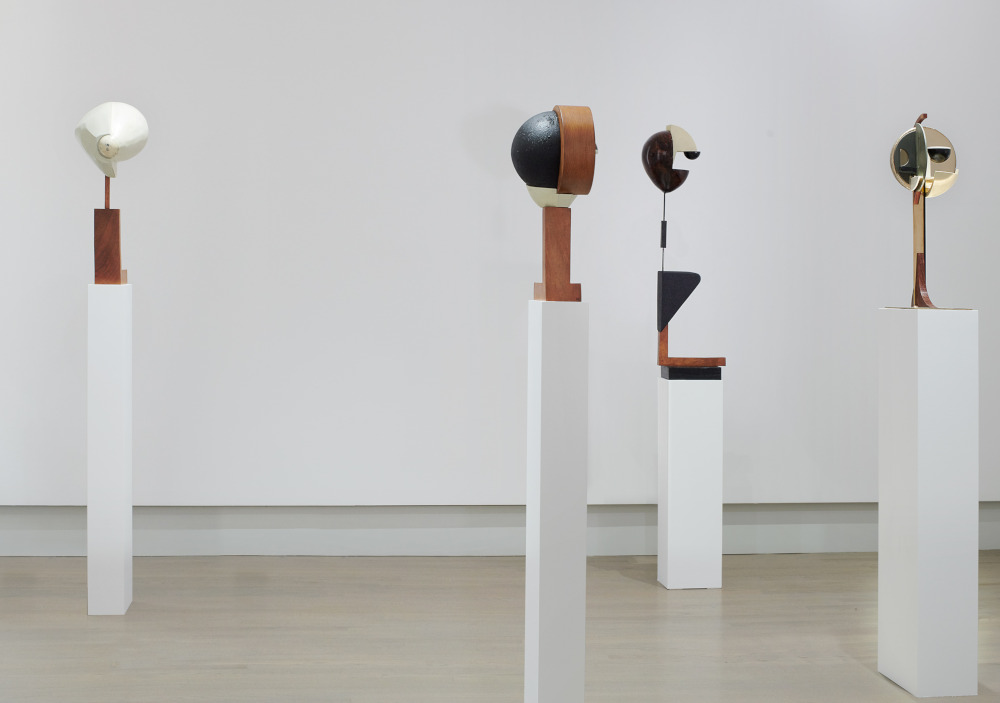 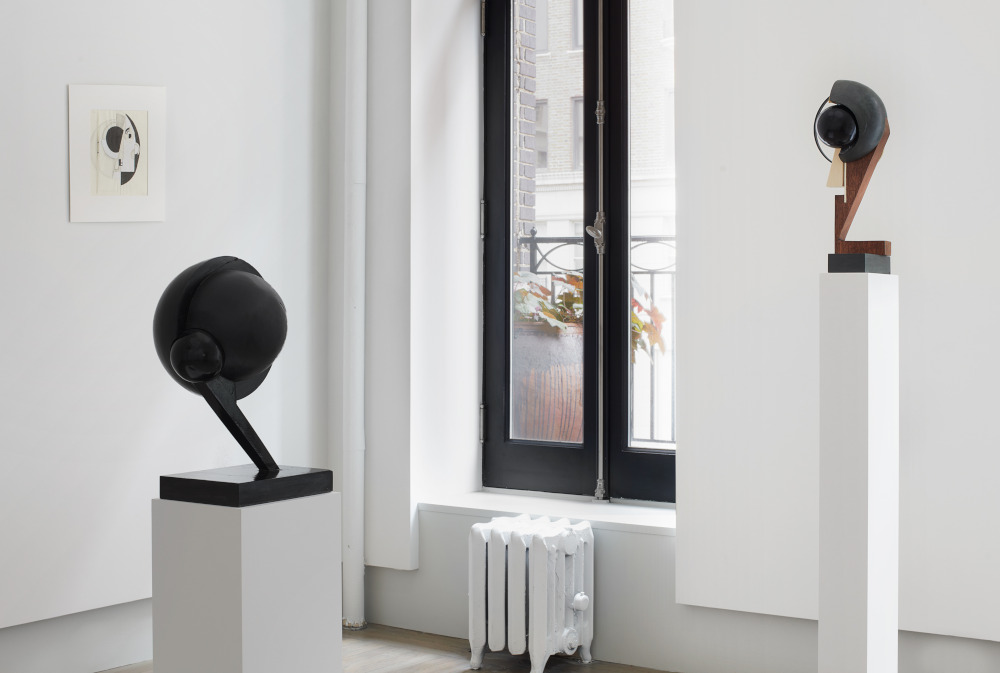 The exhibition presents the artist’s newest body of sculptural work completed over the last two years, showcasing the development of a new dimension to her artistic practice, which had primarily focused on photography.

Drawing connections between rationality and organic forms, Kruse’s artistic practice thrives on the notion of construction, bringing together multiple elements into abstract forms. The exhibition coincides with the 100th year anniversary of the founding of the Bauhaus, and is also accompanied by a catalogue, with the foreword written by Glenn Adamson and essays by Joerg Trempler and John Zinsser.

Kruse’s works combine various primary shapes and forms—made out of wood, bronze, and occasionally, brass—into integrated wholes. Works on show include Detached (2019), a spherical work suspended from the ceiling by a thin, bronze rod. Although the work appears as un-centered, tilted, and off-balance, the work’s internal wooden structure was conceived as a means of purposefully shifting the work’s center of mass forward. The work stands in conversation with Settled (2018), a large-scale standing bronze sculpture, where a circular “head” is supported by an elongated stem. Accompanying these works are a selection of studies rendered in pencil and chalk; almost diagrammatic in spirit, these preparatory sketches reveal the structures, shape, and color relations that inform her process of constructing sculptures.

Across her body of sculptural work, rectilinear forms are often counterbalanced with rounded spheres, weighted by intense shades of black, grey, and white. Through emphasizing the weight and depth of each component, as well as their surface treatments and color applications, Kruse’s works achieve a sense of equilibrium. Although characterized by geometry and line, her sculptures inspire uncanny references to the human figure, inviting viewers to imagine and investigate beyond the formal limits of the sculptures that she presents. Presented in loose groupings, her sculptures recall the notion of a tableau vivant, reflecting her own interest in the artistic practices of leading Bauhaus practitioners such as Oskar Schlemmer. These works are a new treatment of the human figure—a motif that figured prominently in the artist’s previous photographic collage works.

Christina Kruse (b. 1979, Germany) is a New York-based multi-disciplinary artist who works across the fields of photography, painting, and sculpture. Her ongoing body of sculptural series combines bronze, marble and wood in standing arrangements that reference geometry. Although grounded in structure, balance and stability, Kruse’s sculptures nevertheless evoke similarities to the human head and face, drawing connections between rationality and the oftentimes more capricious side of human life.

Previous significant works include Dystonia (2013), a three-part performance artwork where Kruse confronts the instability of the human lived experience. Getting into a purpose-built aluminum sculpture calibrated to automatically right itself after being pushed, Kruse allows herself to be taken along by the movements of the sculpture as it struggles to right itself in the face of multiple pushes and forces from all sides. Her earlier photographic and collage works draw on her personal biography, often deploying self-portraits layered with tape, watercolor, ink, and other media in her formal compositions.

Kruse’s artistic practice thrives on the notion of construction—that a work of art can necessarily be produced out of multiple elements that fit and connect with one another. Kruse is a recipient of the GLAAD award for Best Emerging Artist in Photography (2005). Her works have been featured in solo and group exhibitions in New York, France, Austria, and Germany, amongst others.