Christiane Baumgartner: Wish you were here

Christiane Baumgartner: Wish you were here


A major new body of work by Christiane Baumgartner (b. 1967), concerned with the movement and the play of light across the horizons of land and sea, will open at Cristea Roberts Gallery, London. 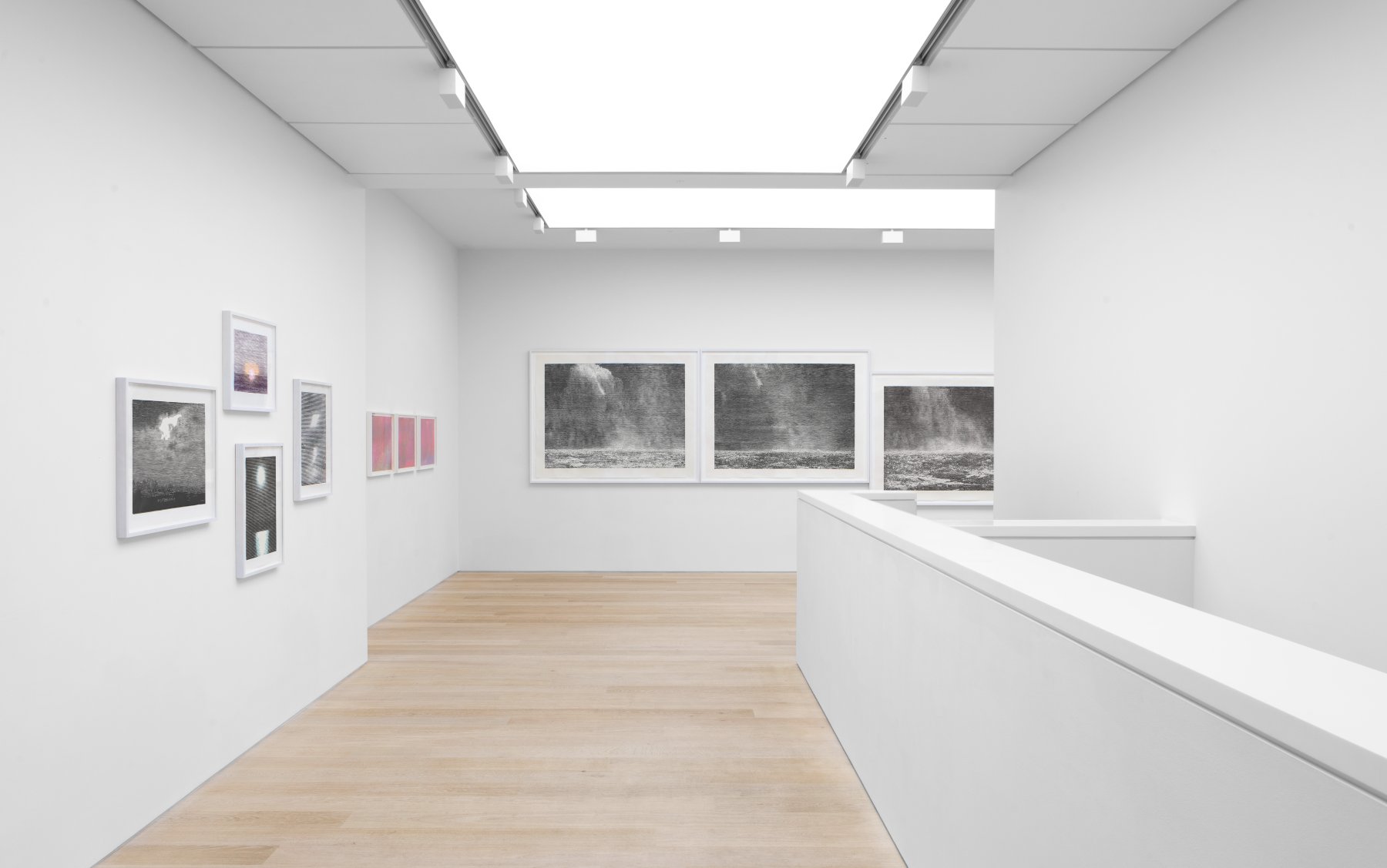 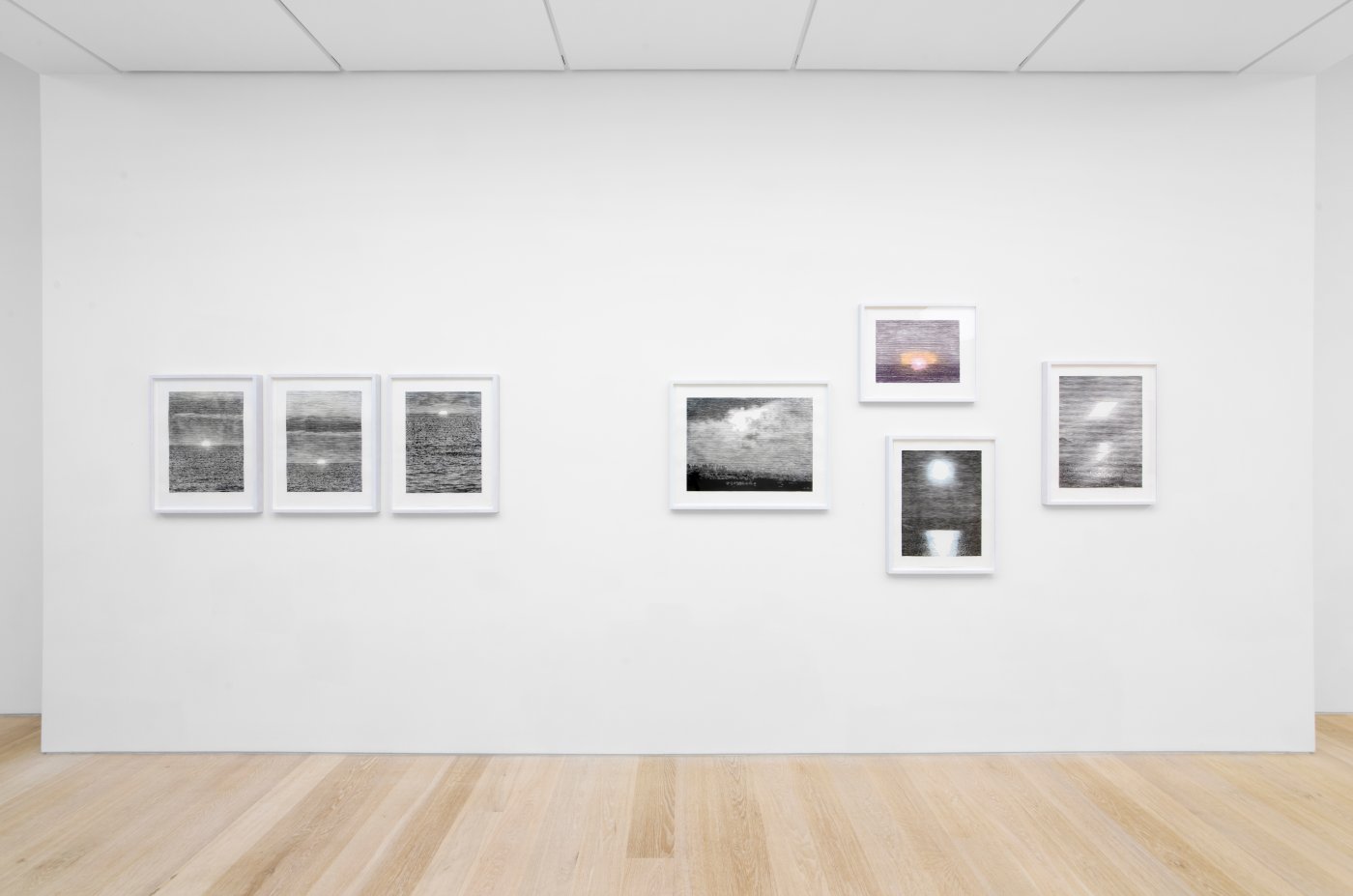 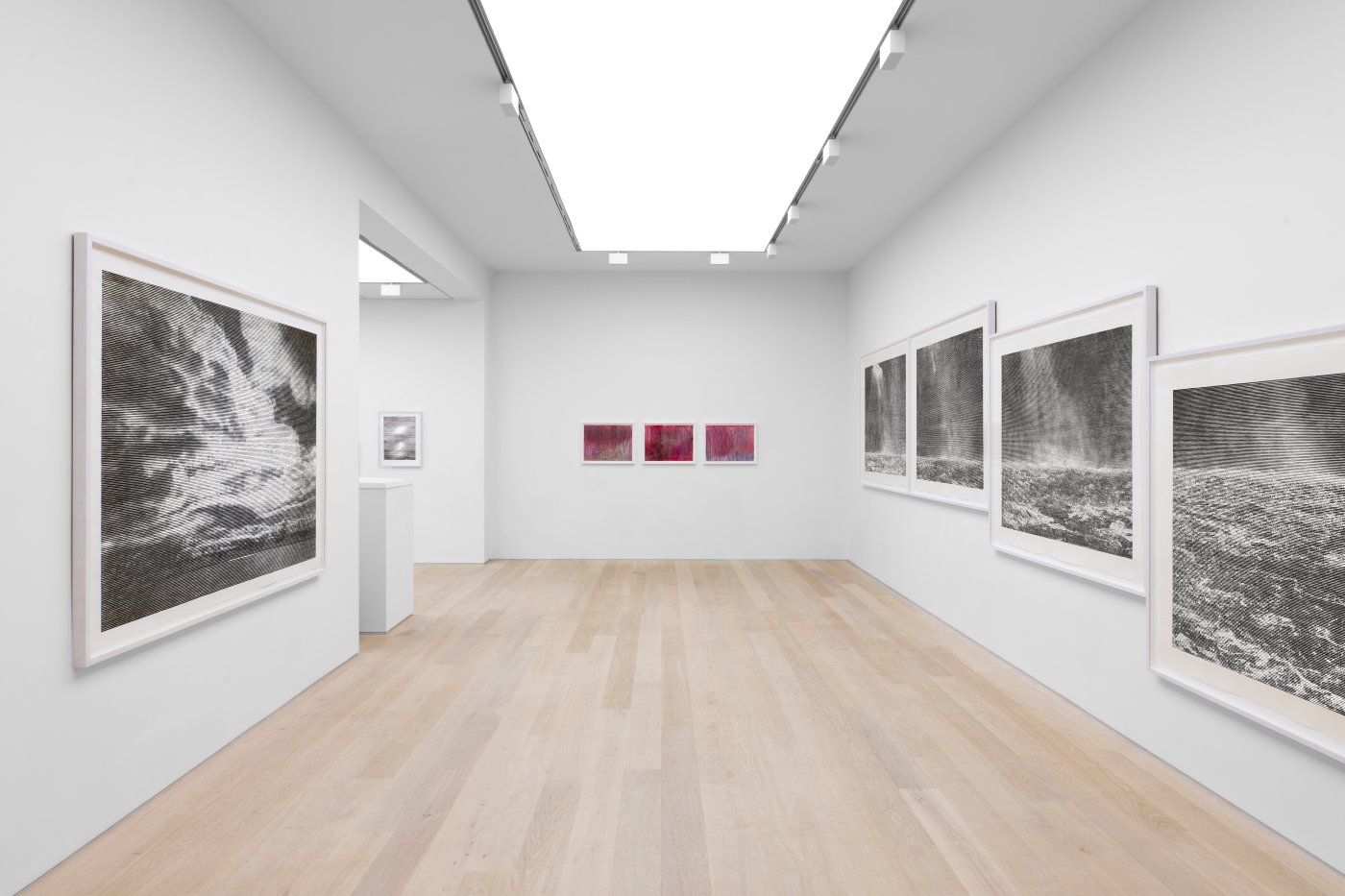 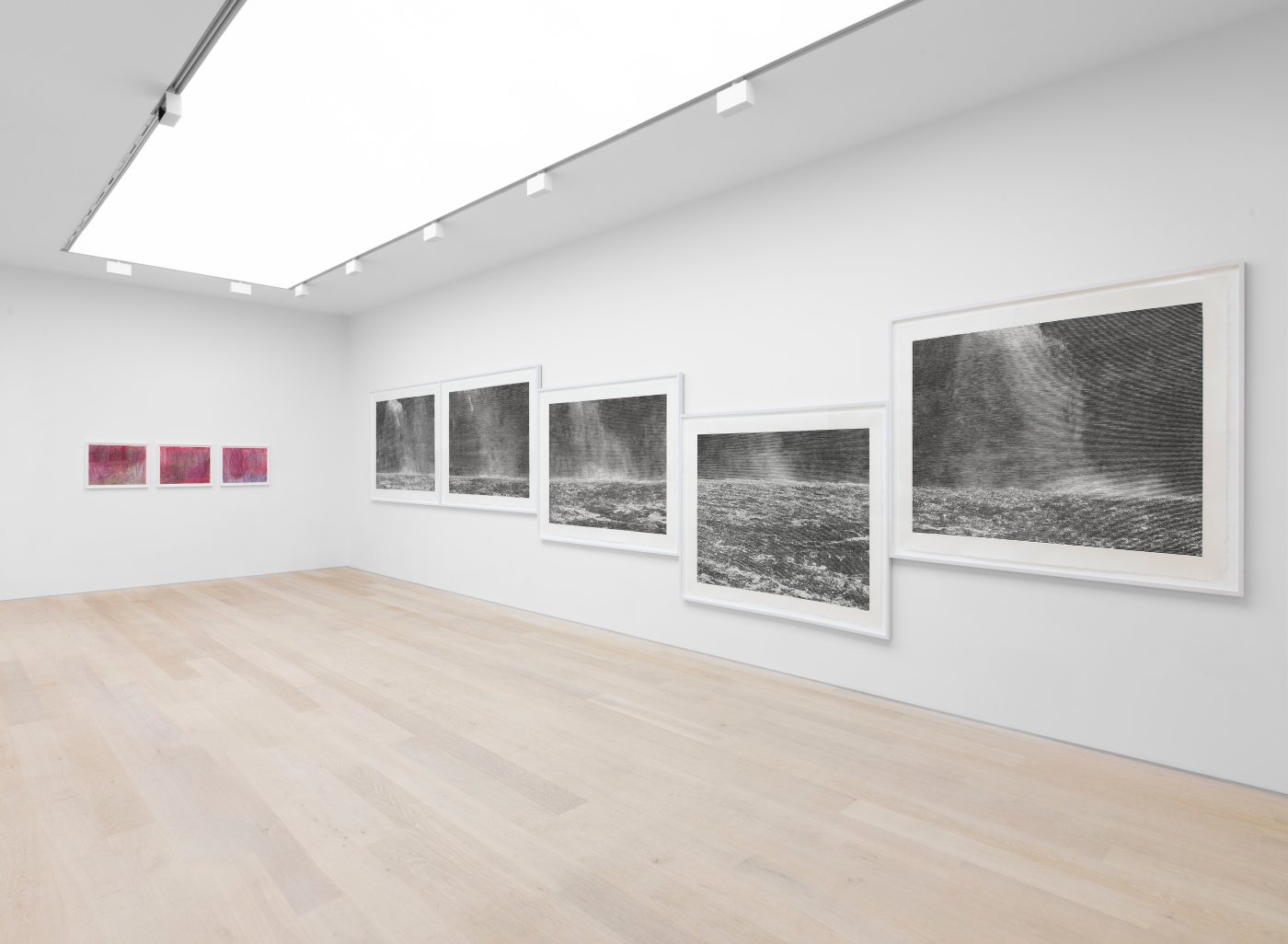 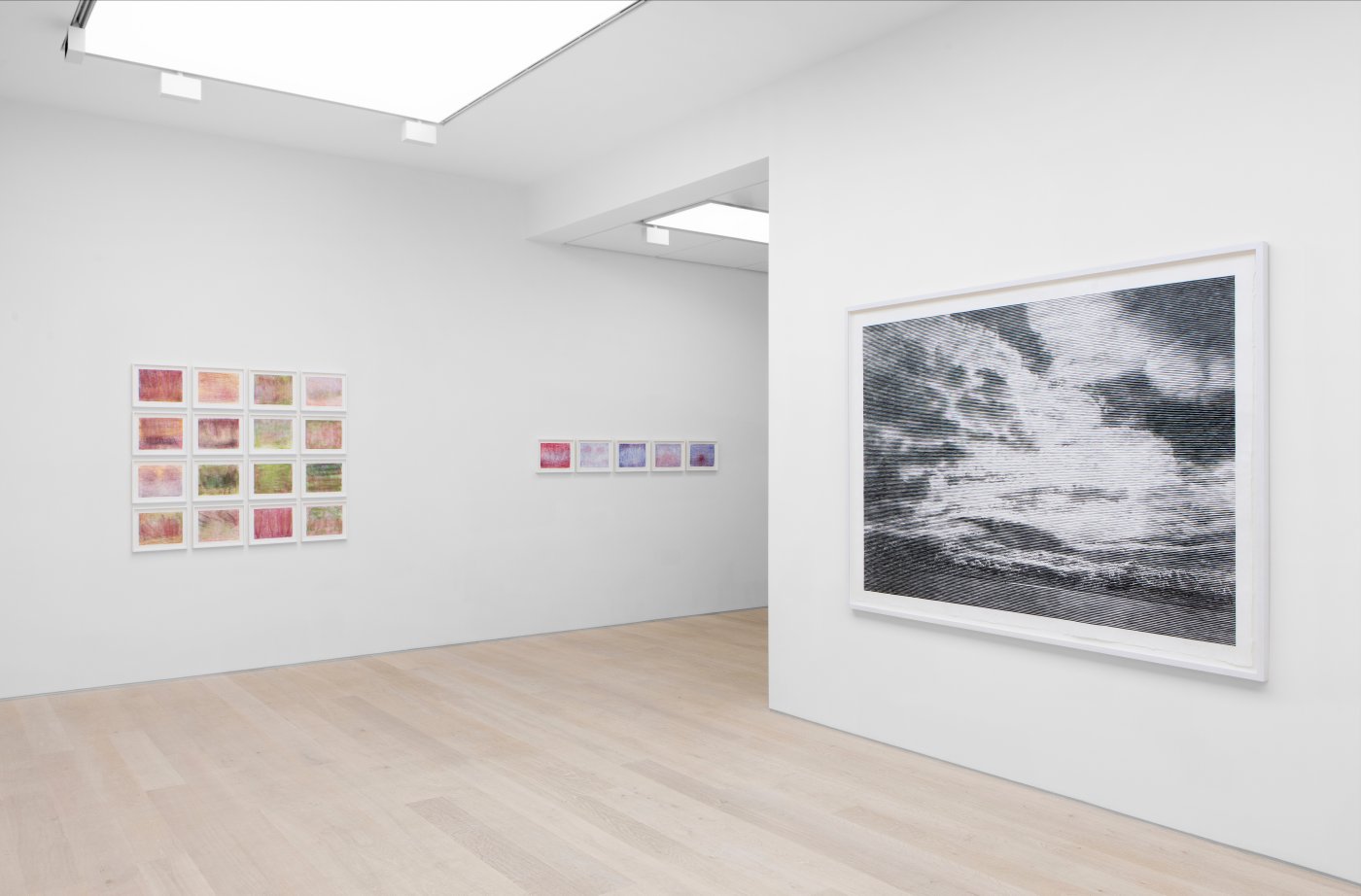 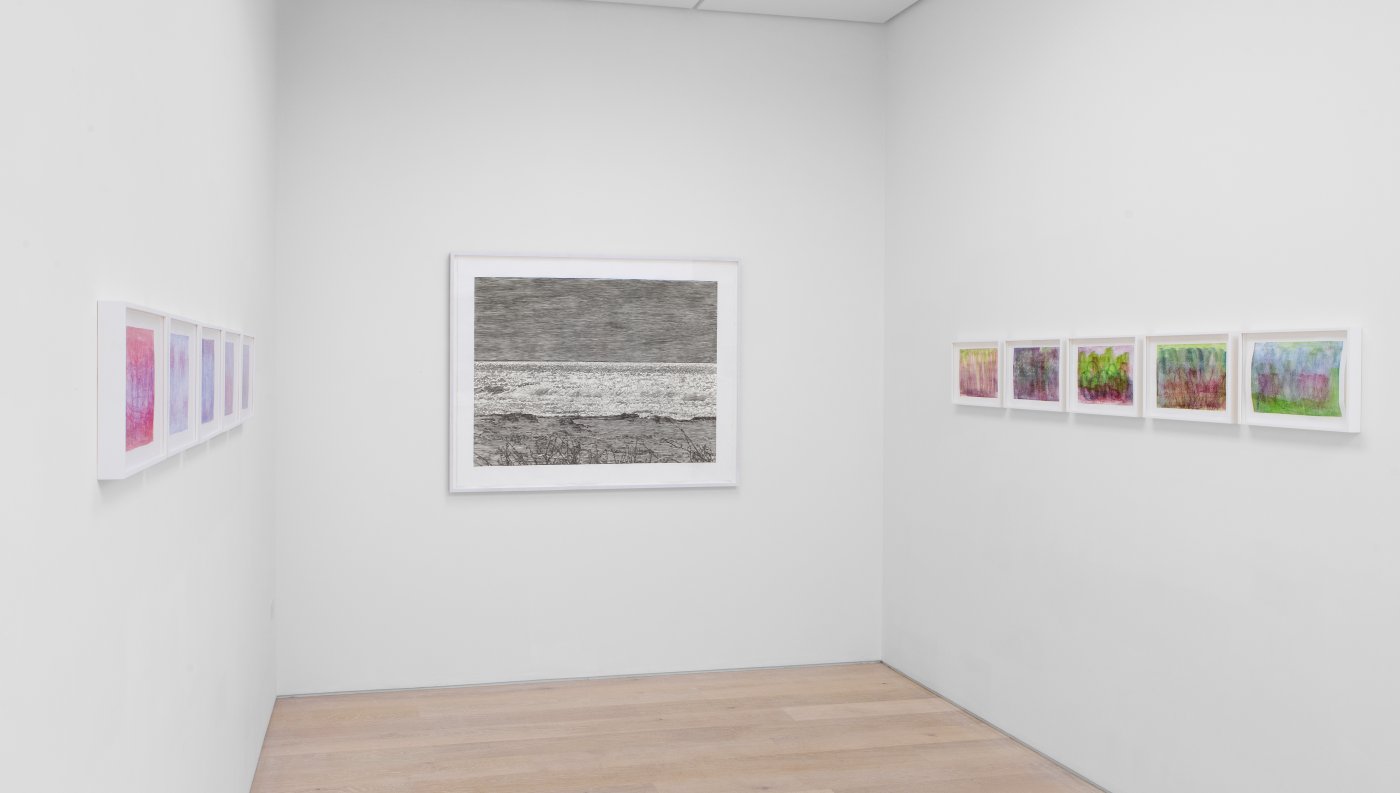 The centrepiece of the exhibition, unveiled for the first time in the UK, is the largest and most ambitious work ever made by Baumgartner; sequential views of a cascading waterfall, measuring over nine metres in width. Baumgartner, who combines contemporary technology in the form of digital video and photography alongside time-honoured printing techniques to create monumental woodcuts, will also display her first depictions of a sunrise, and a new series of ‘reverse drawings’ featuring abstract configurations of colour.

The exhibition title originates from a new monumental print by the artist entitled Wish you were here, 2020, that in turn derives from Baumgartner’s affection for the Baltic coast of Germany, a place where she camped every summer when she was growing up. Wish you were here and related print Weststrand, 2021, which both depict the local skyline, stem from a result of Baumgartner’s still frequent visits to the coastline, areas of which have more hours of sunlight than any other location in Germany.

At the centre of the exhibition is Stairway to Heaven, 2019, which consists of five monochrome woodcuts derived from photographs Baumgartner took of a large waterfall outside Quebec City, Canada. The depictions of tumbling, cascading, and spraying water, are tightly hung with the horizon lines created by the water’s surface aligned, creating a focal point for the viewer’s eye that also conveys the potentially destructive of this ever-changing natural phenomenon. The woodblocks for this work took several months to complete before Baumgartner printed the edition, alongside others, by hand, in her studio in the famous Leipzig Cotton Mill in East Germany.

Smaller works in the show include Baumgartner’s first depictions of a sunrise in Totes Meer, 2021, and Early Morning, 2021, Promise, 2021, which captures sunlight breaking through clouds, The Visit, 2021, which illustrates a bright flash of sunlight reflected on water below, and Prometheus I – III, 2021, a series of three woodcuts that capture different views of the setting sun. Many of Baumgartner’s prints take the form of sequences of images illustrating the same scene, captured moments apart. Pink Moon, 2019, a series of six woodcuts depicting the moon on the horizon, is taken from stills of a film Baumgartner recorded whilst driving across a German island in the Baltic Sea, on a late spring evening.

A unique woodcut measuring over two metres in height, from Baumgartner’s new Contre-jour series, will also be displayed in the gallery. The title of the work, which means “against daylight”, refers to a photographic technique in which the camera is pointing directly towards the source of light. This large-scale woodcut records daylight shining through a wooded landscape against a blue backdrop. Baumgartner’s recent use of colour in her woodcuts, also appears in her etchings and drawings. Over the past two years Baumgartner has been creating what she describes as ‘reverse drawings.’ To make these the artist inks small wooden blocks with a single colour, presses a piece of Japanese paper onto each surface, and draws on the versos. To make the series Französische Suiten I–VII, 2019, Baumgartner repeated this process up to twenty times, so that the resulting drawings range in colour from dark and earthy tones to vibrant colours. Französische Suiten I–VII will be exhibited alongside a second suite, Ruby Tuesday, from Baumgartner’s 2020 Diaries series.