Christian Hidaka & Raphaël Zarka: Set for Four Players, a Sundial and a Bear

Christian Hidaka & Raphaël Zarka: Set for Four Players, a Sundial and a Bear

Raphaël Zarka and Christian Hidaka’s exhibition ‘Set for Four Players, a Sundial and a Bear’, marks the continuation of an ongoing artistic dialogue and is their first presentation in a gallery setting. Their respective practices meet to explore and meditate on forms of knowledge, whilst exposing the tensions between permanence and transience. 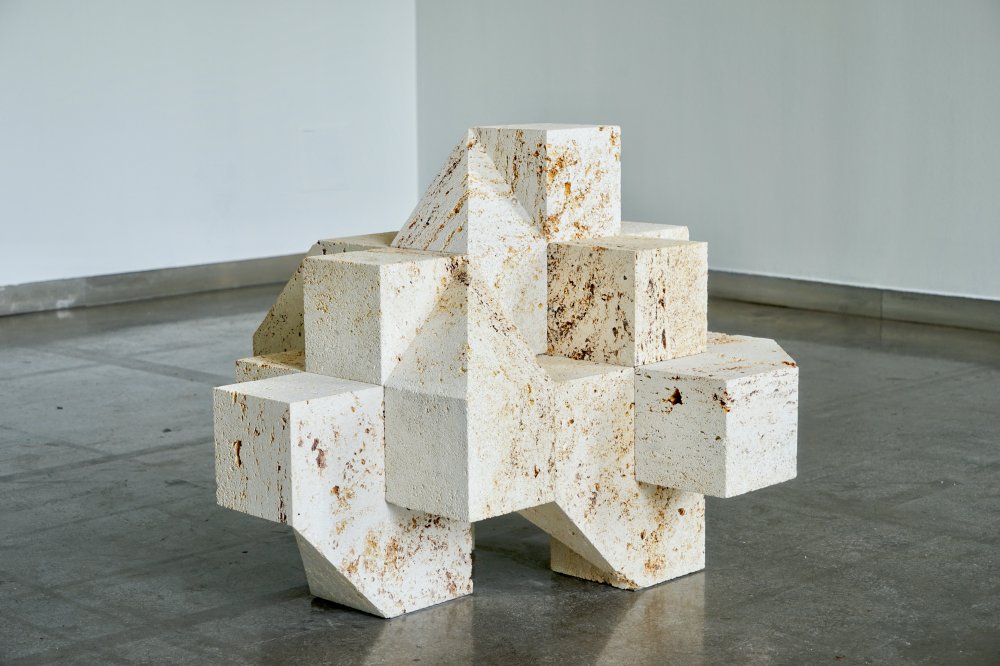 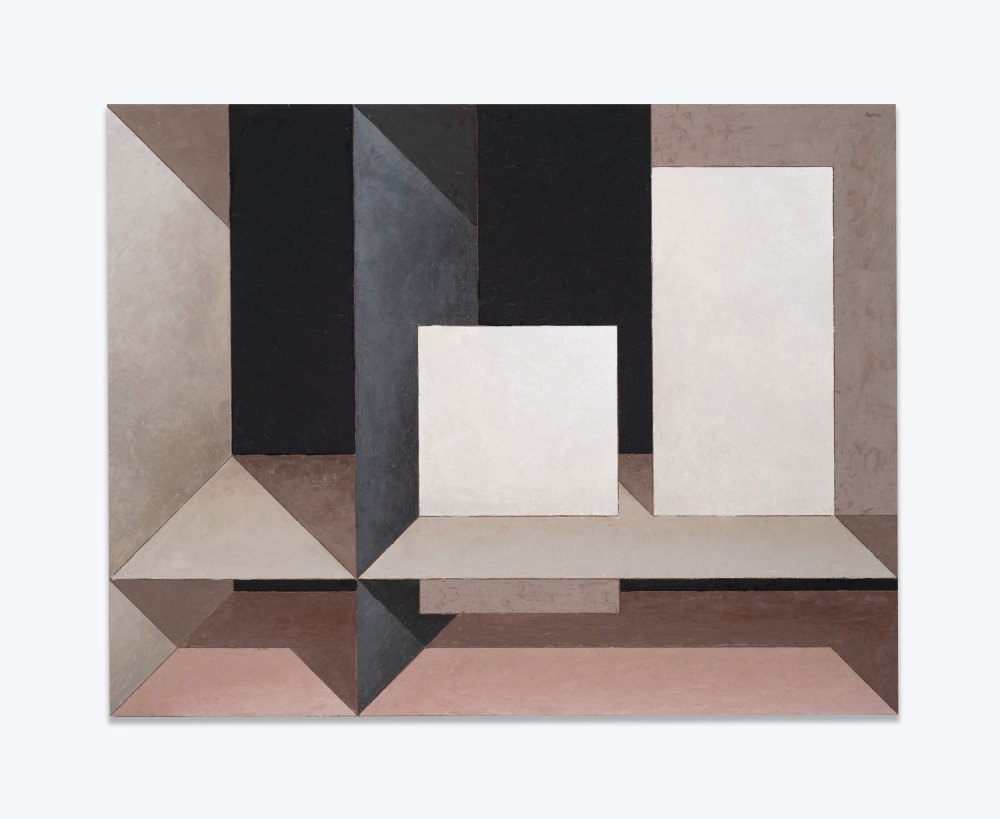 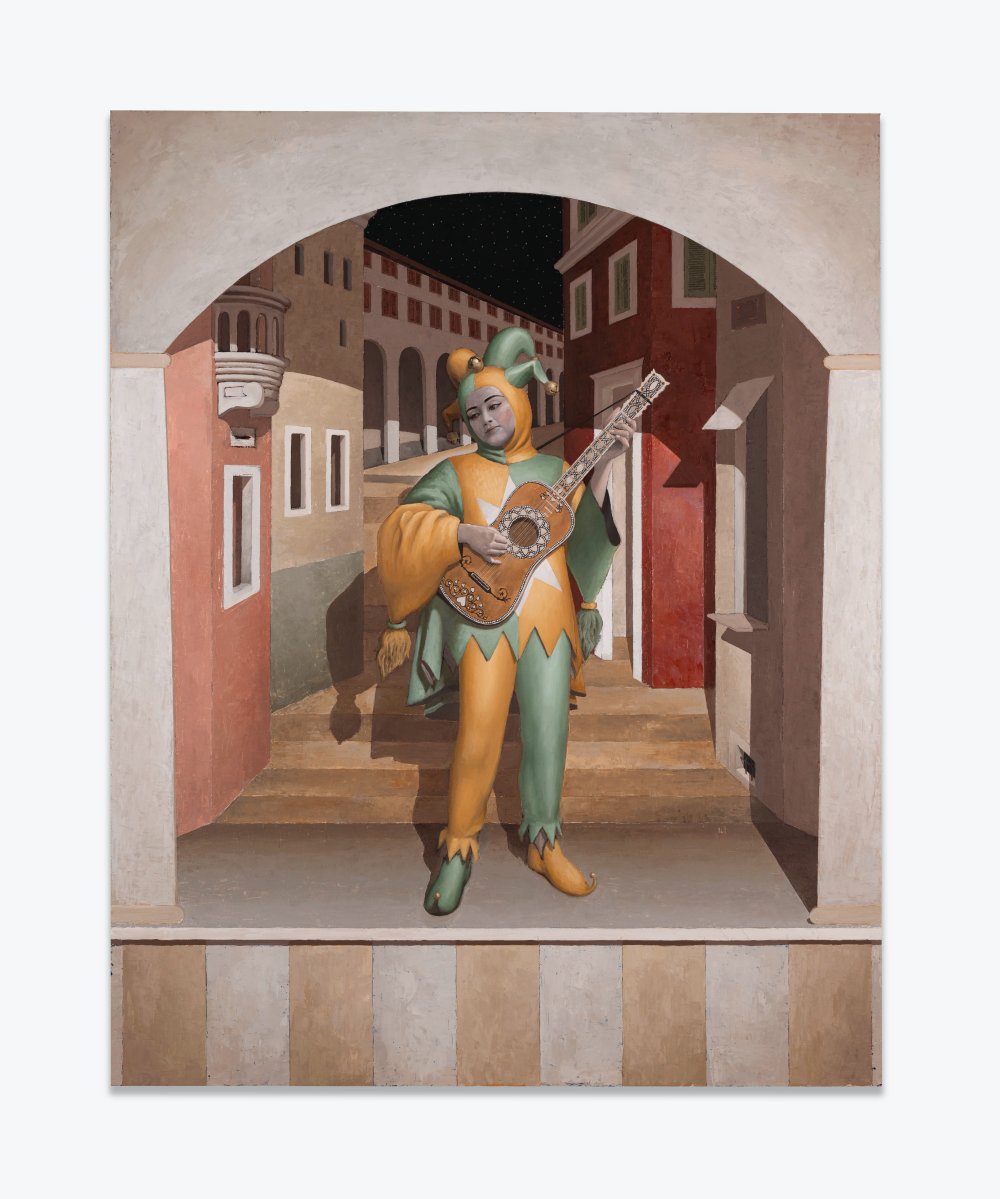 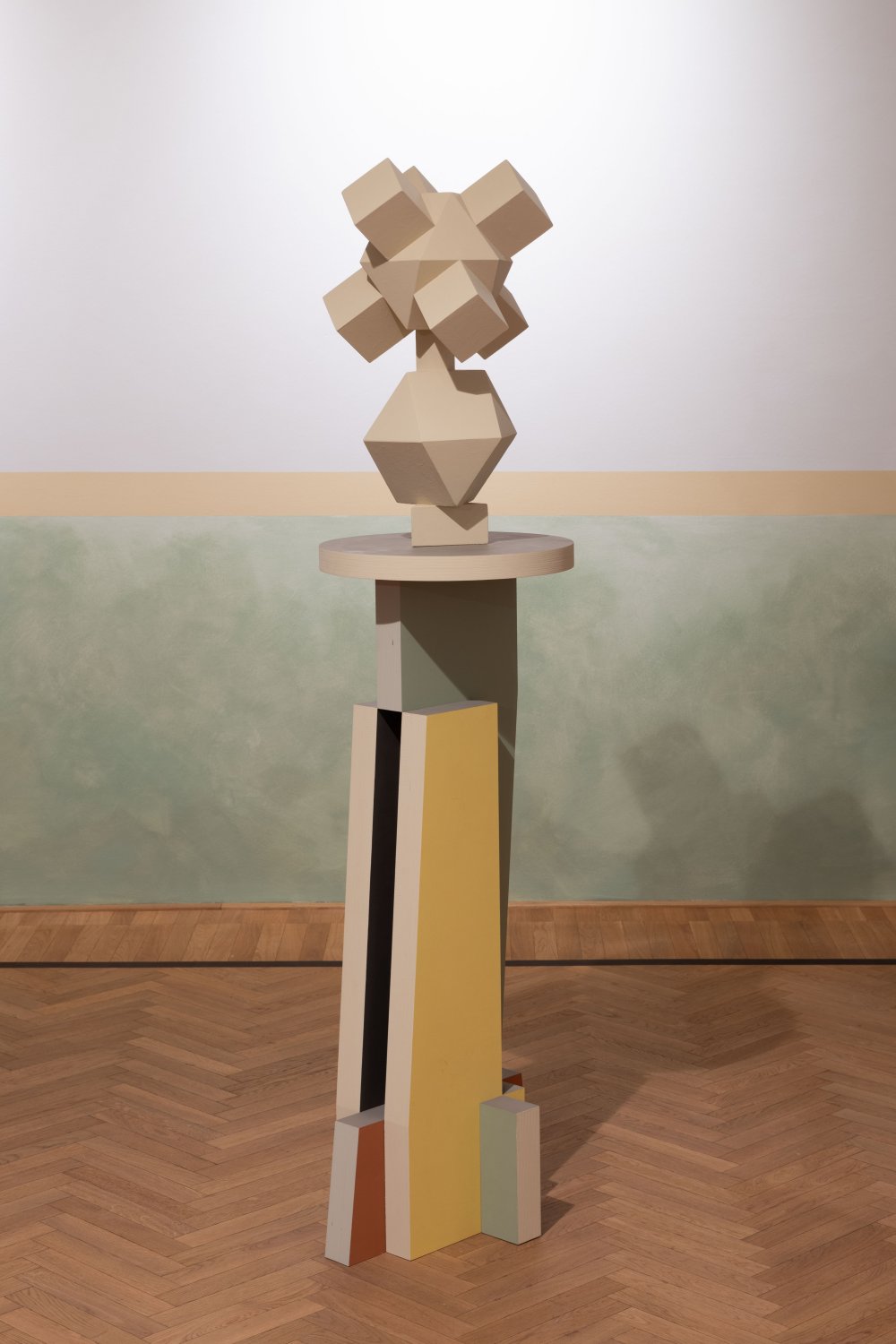 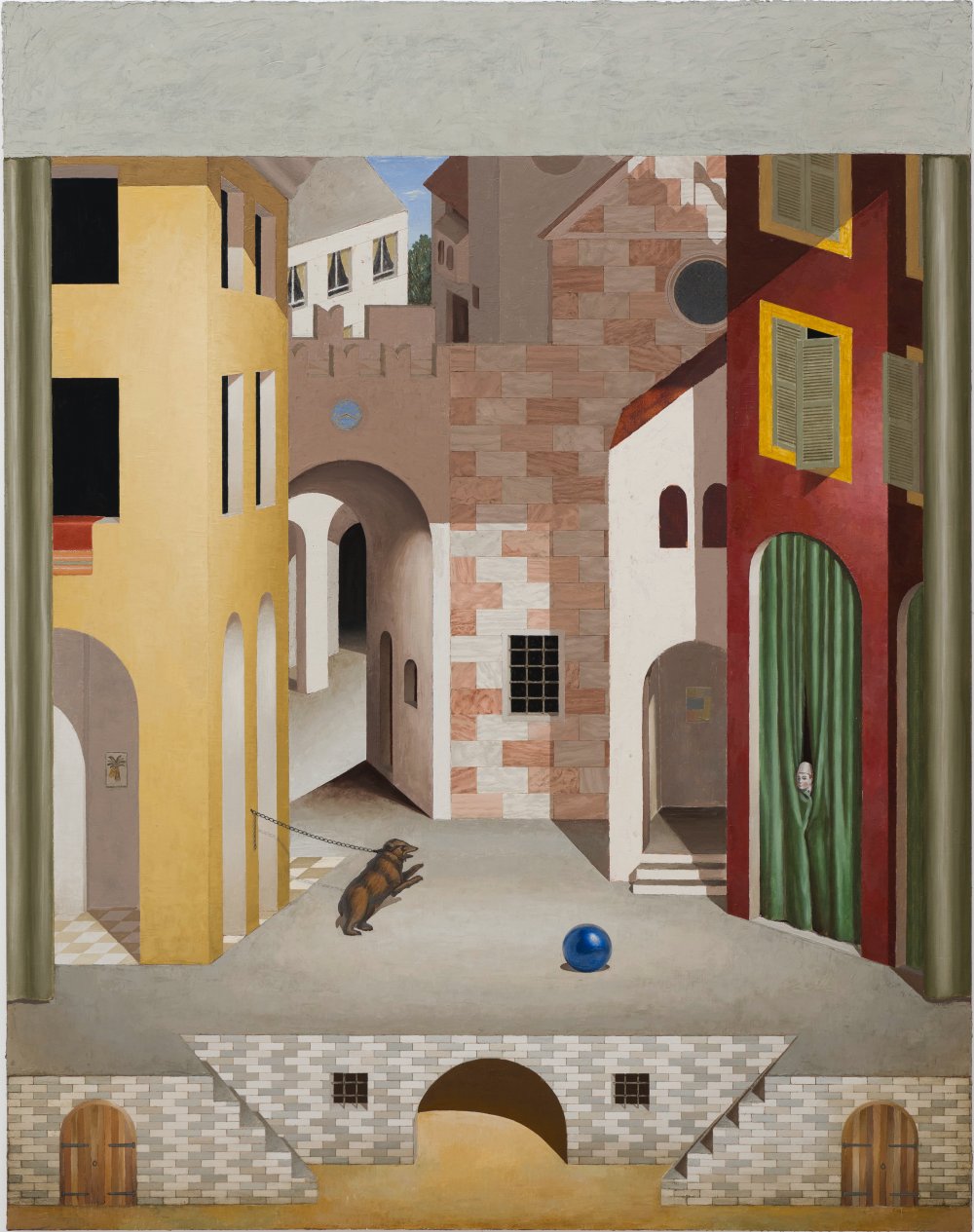 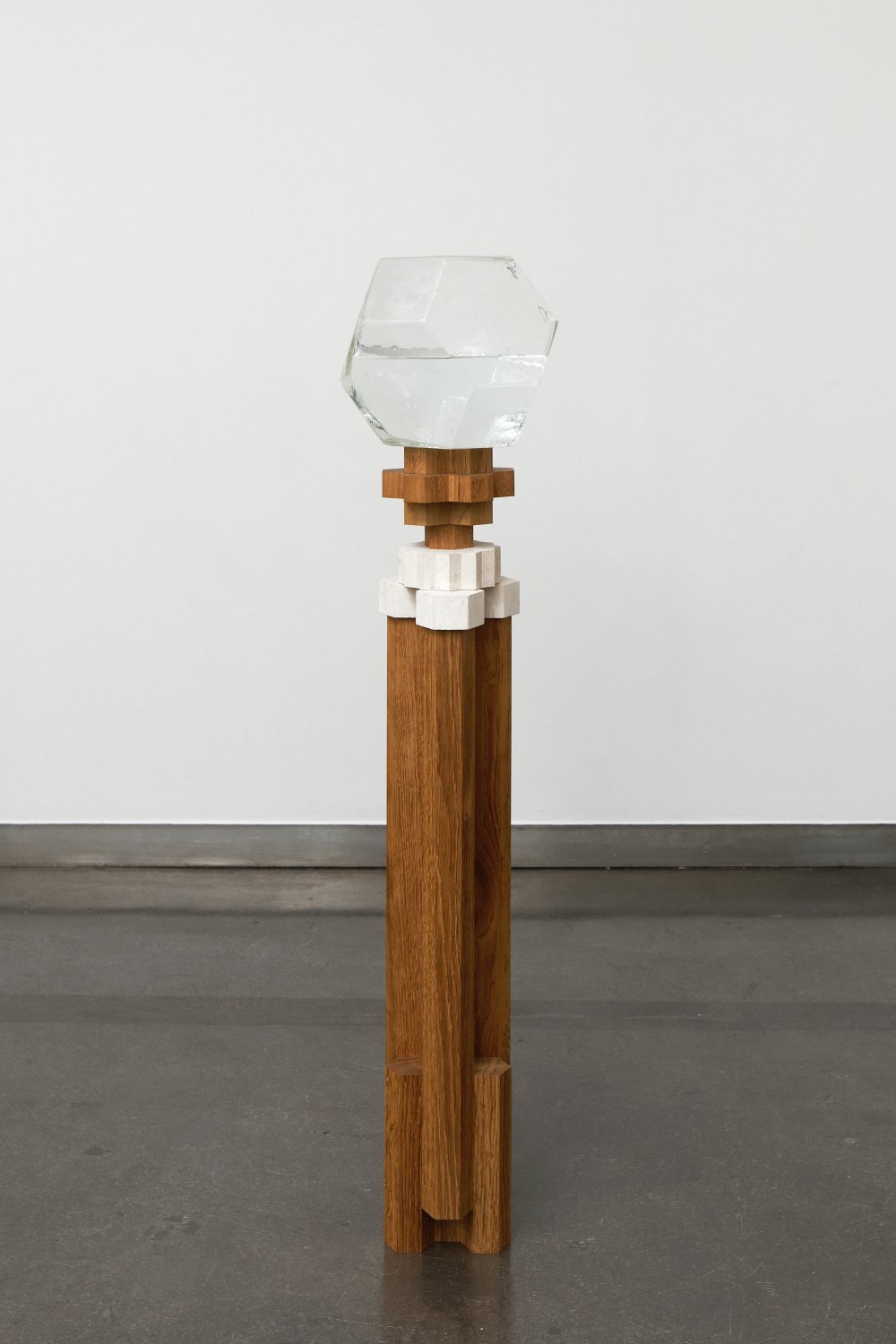 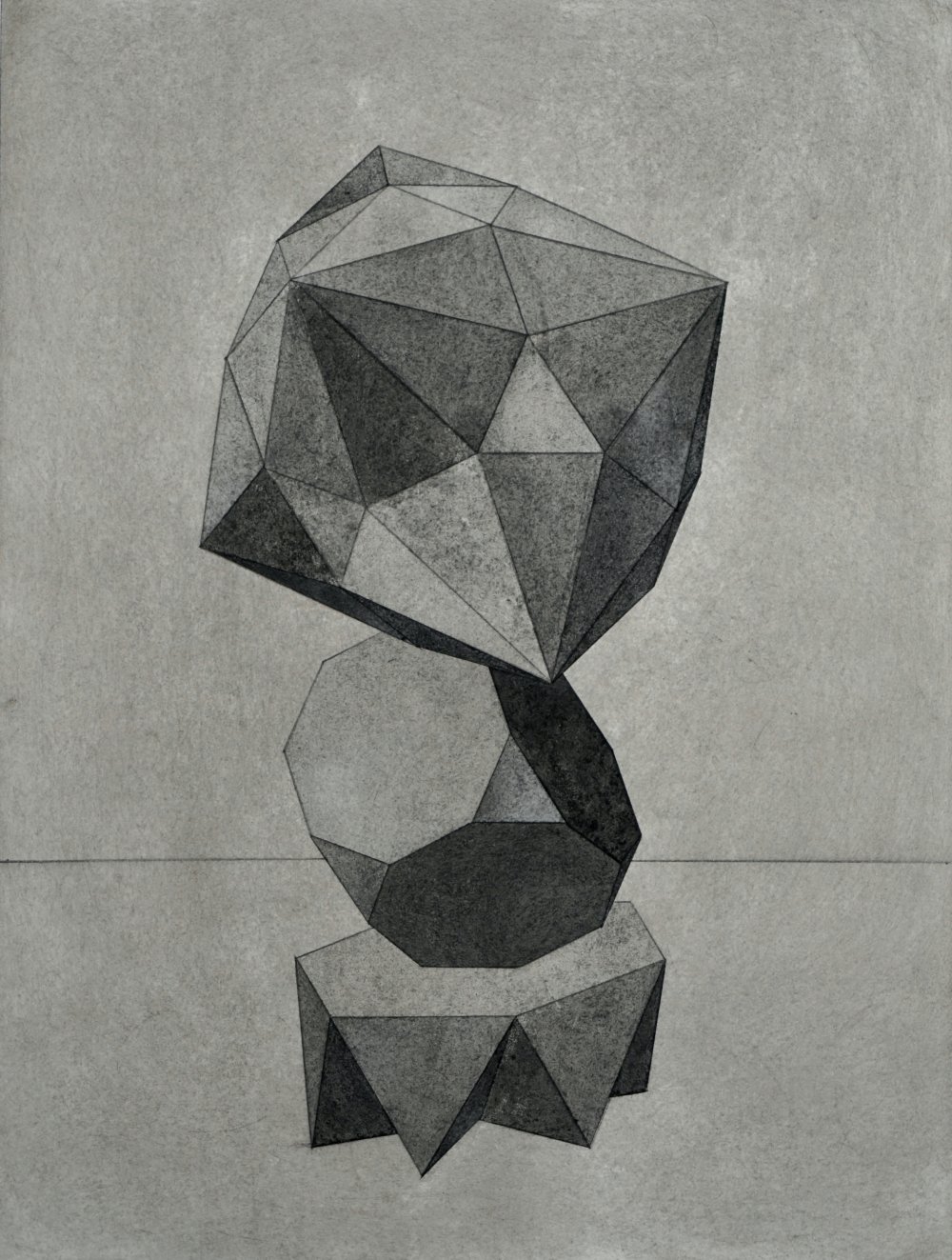 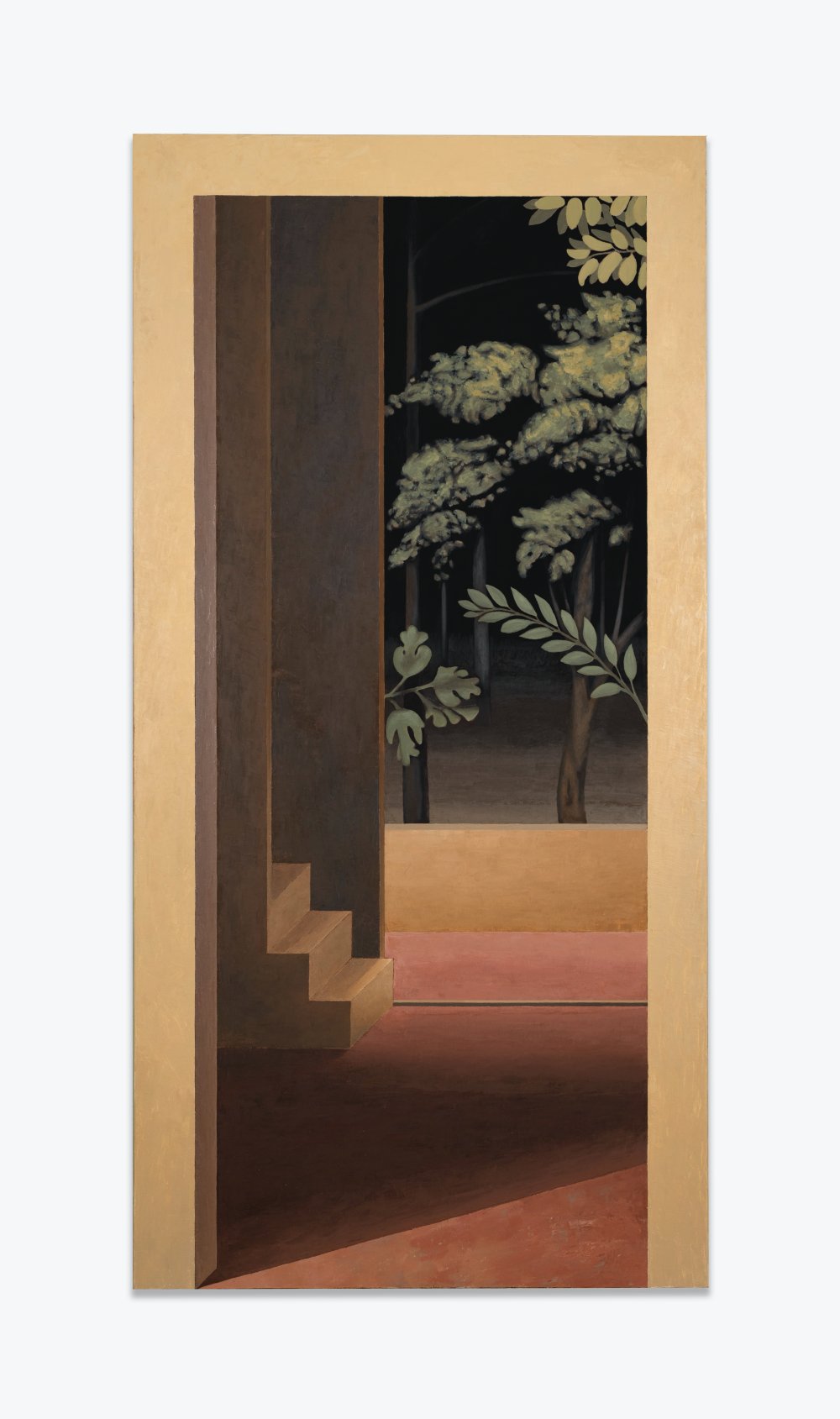 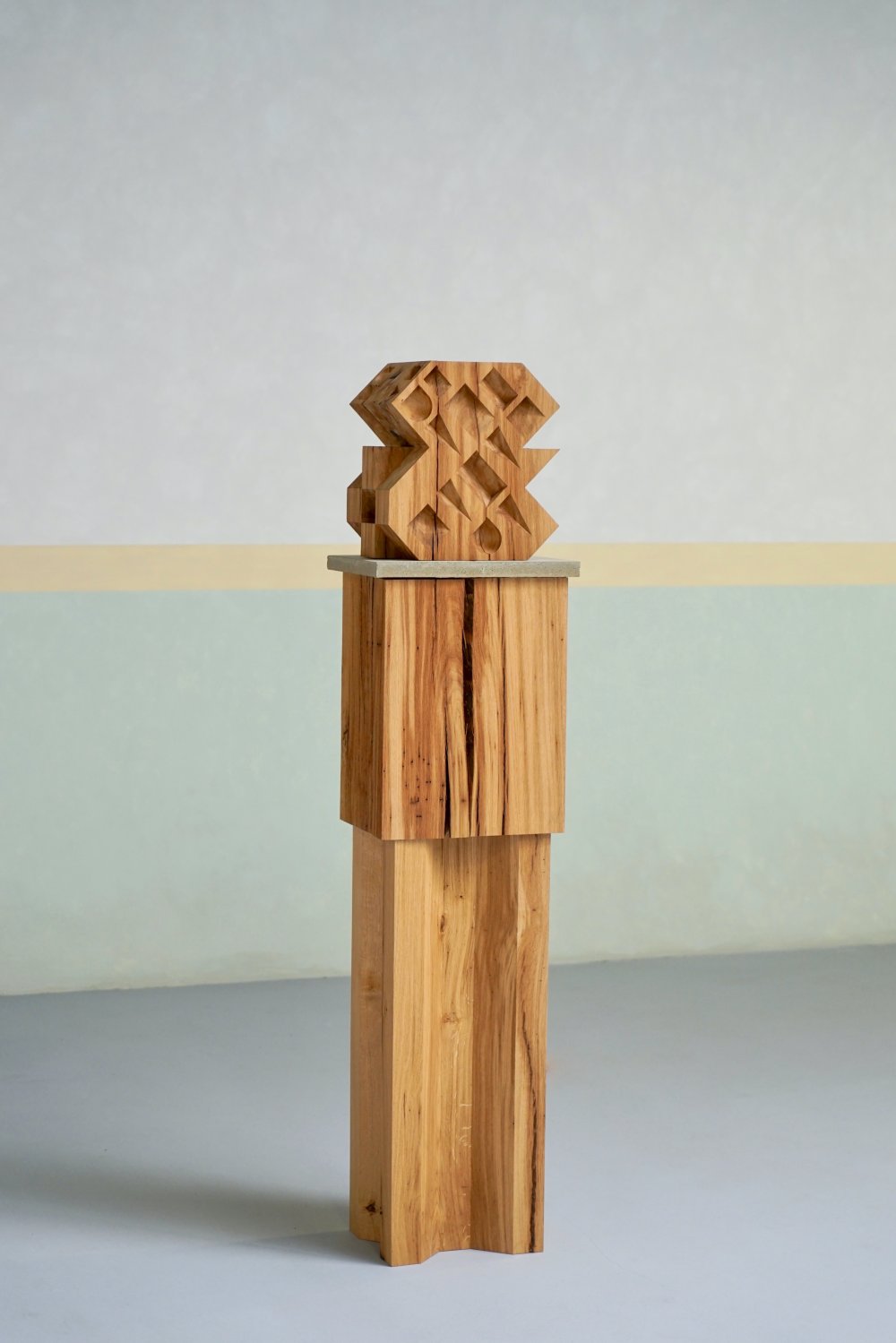 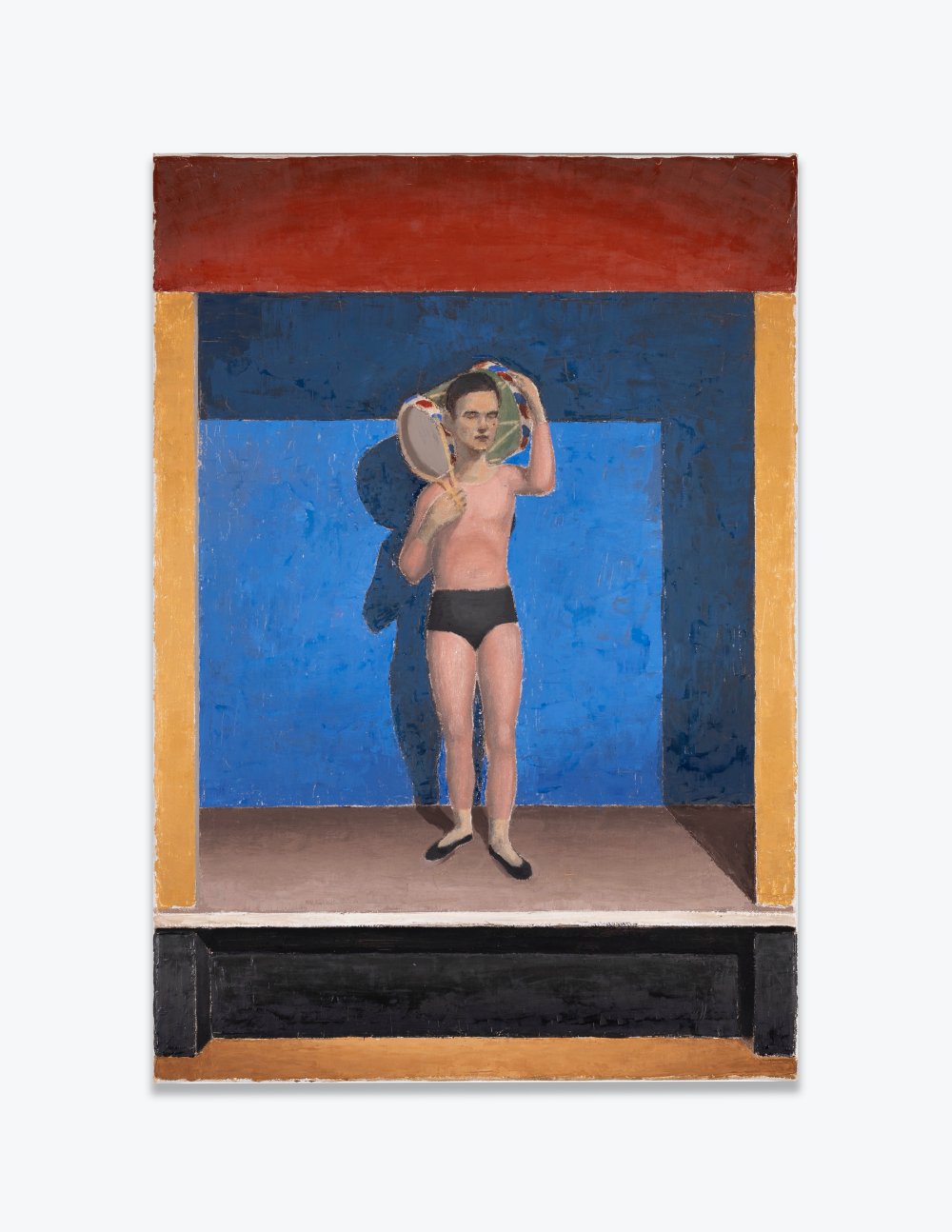 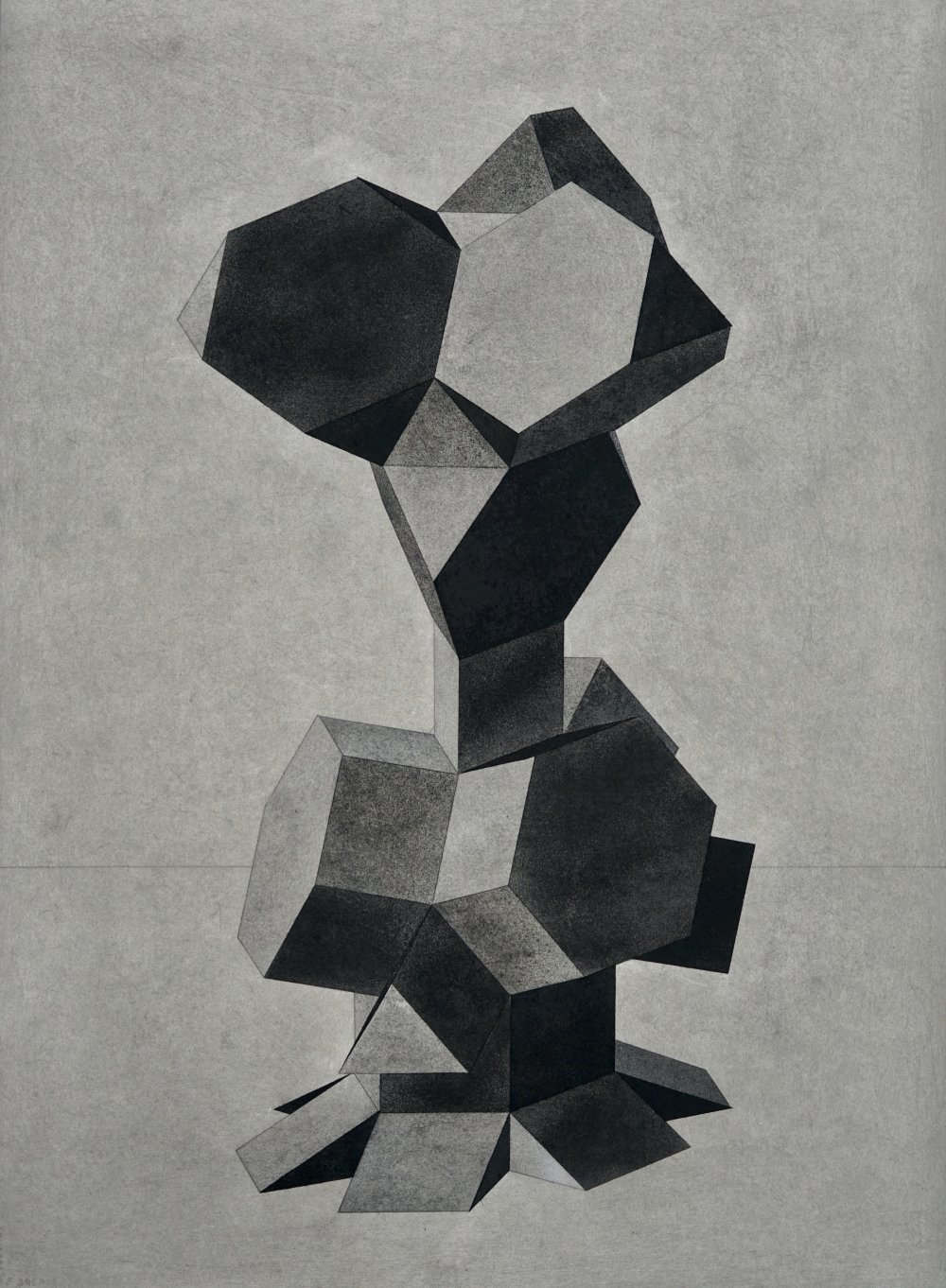 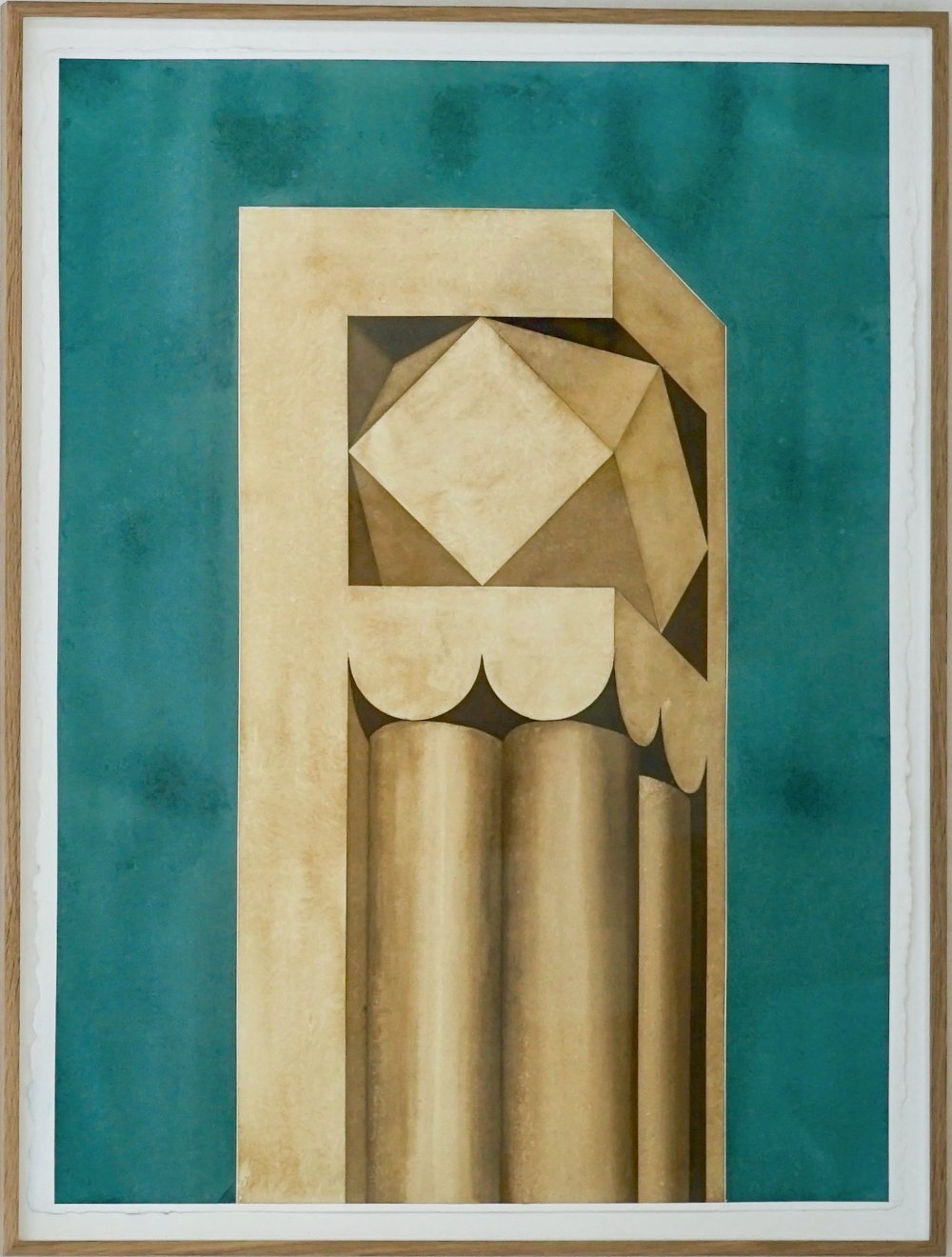 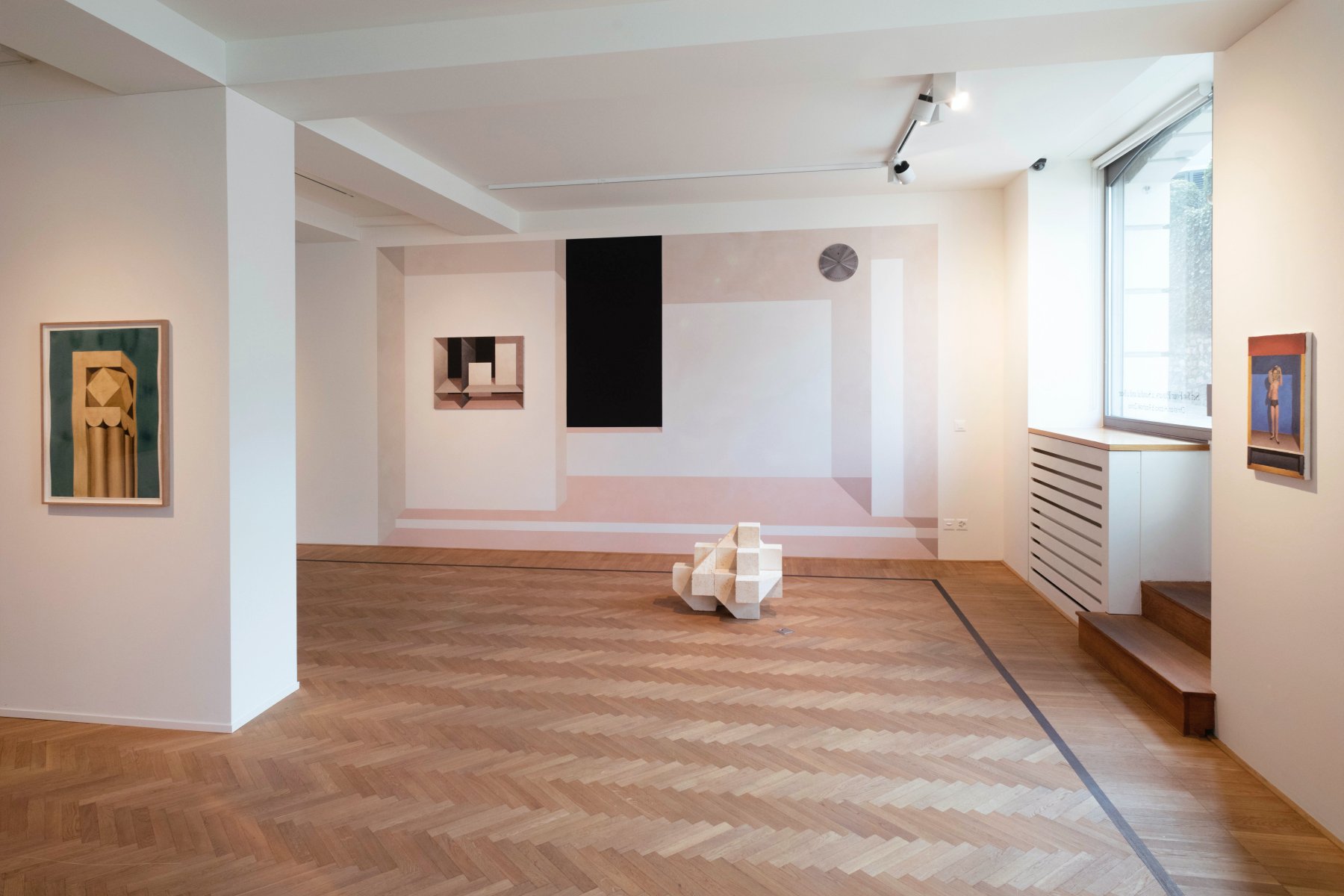 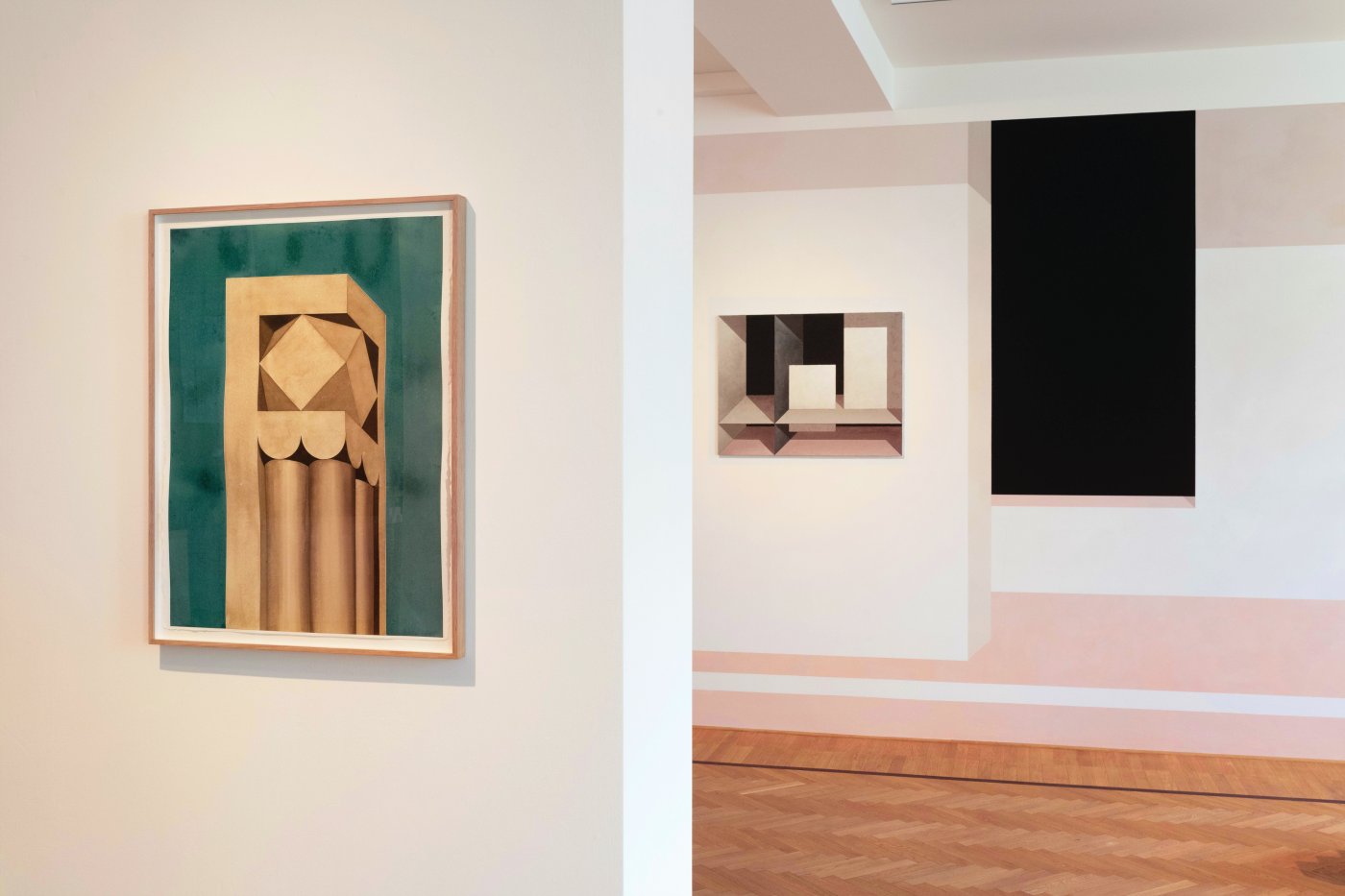 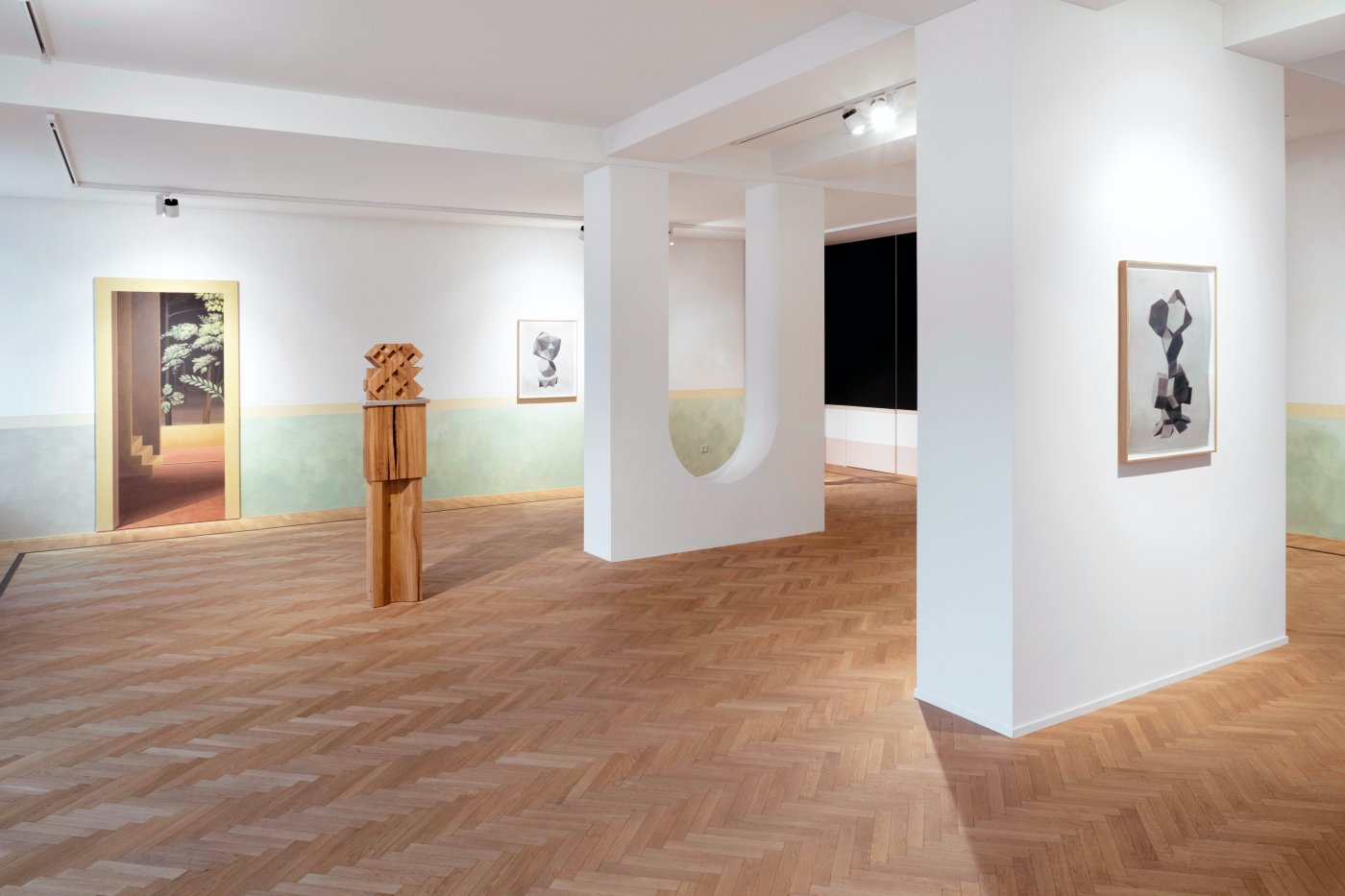 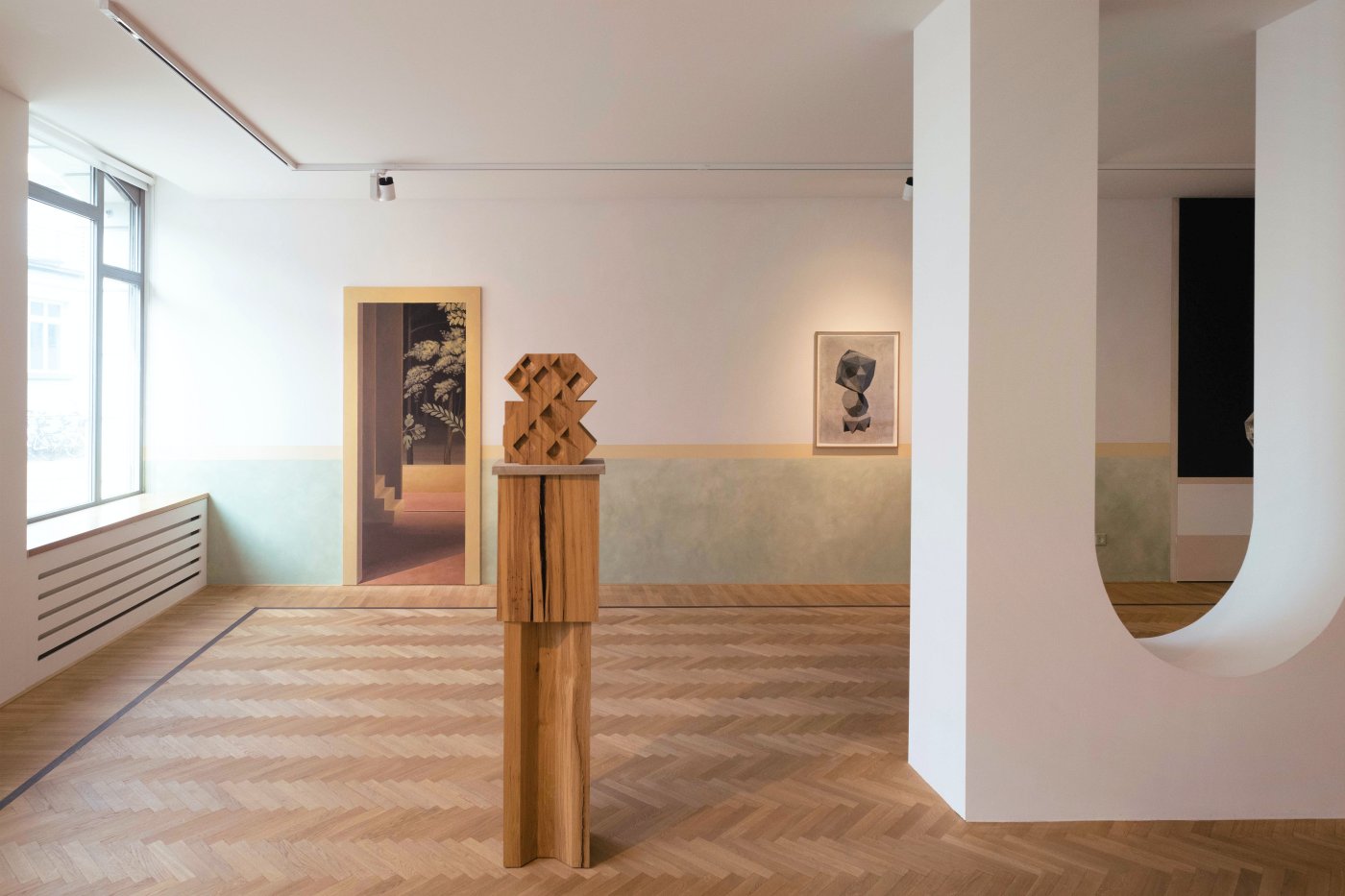 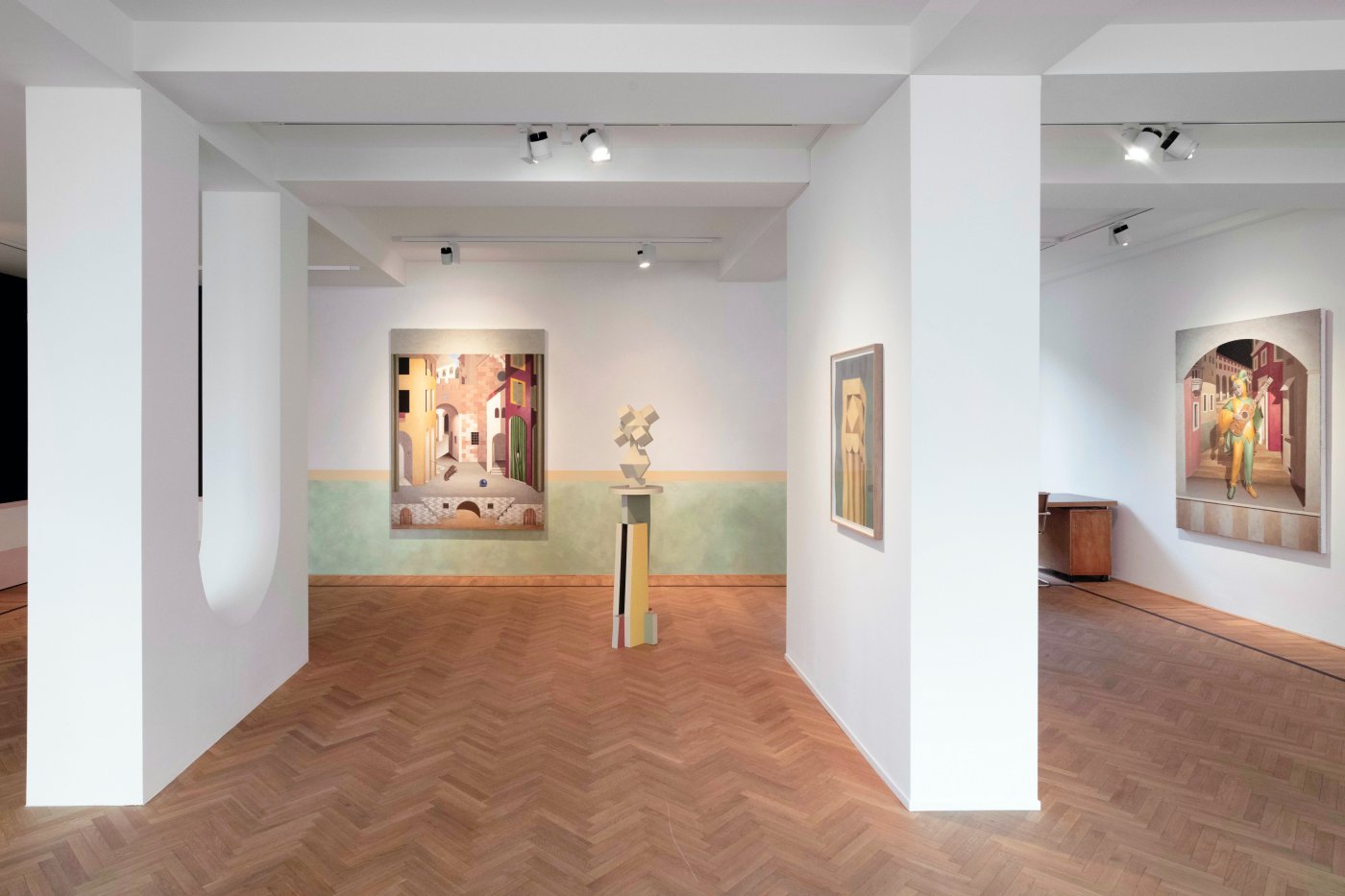 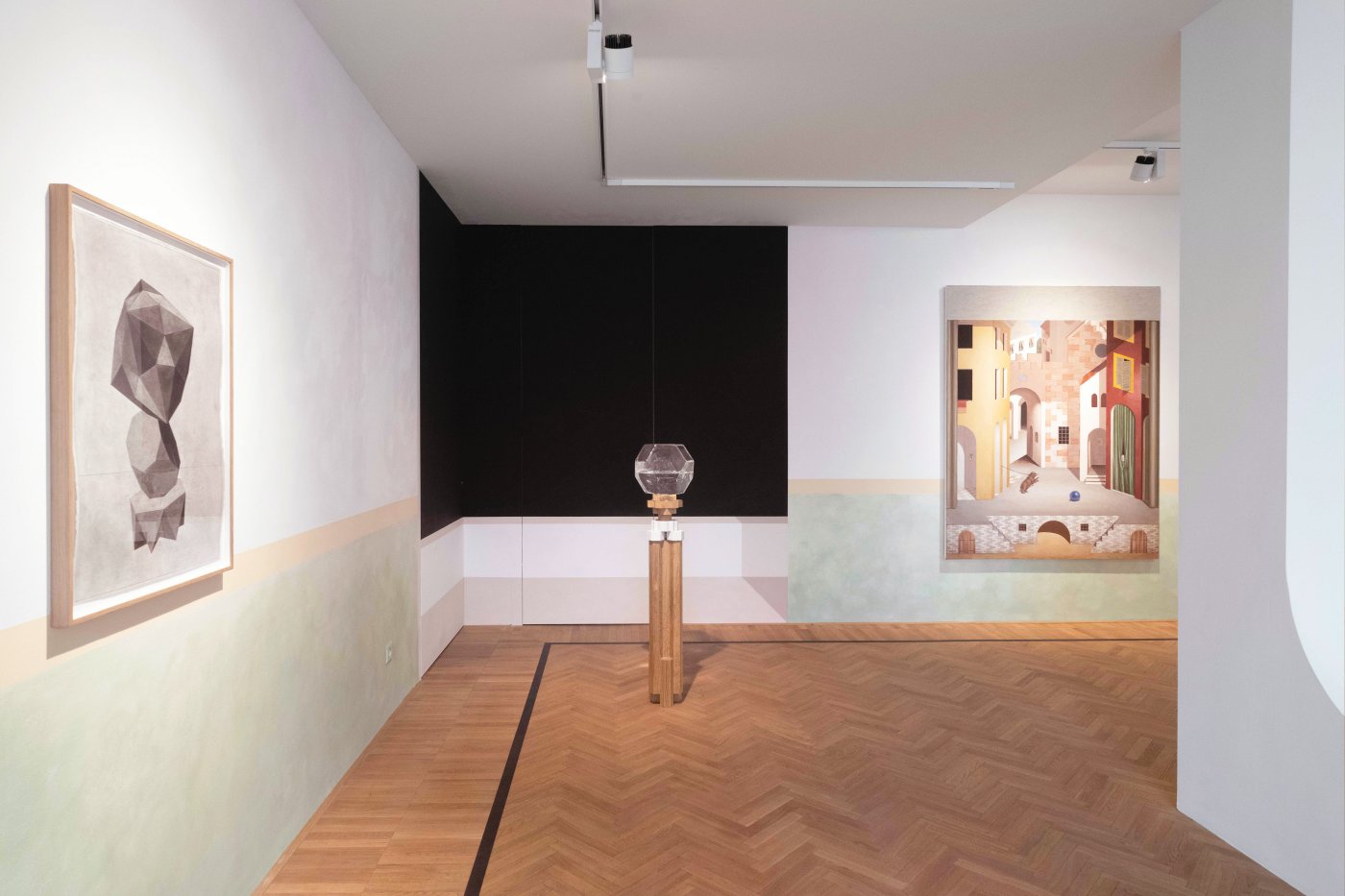 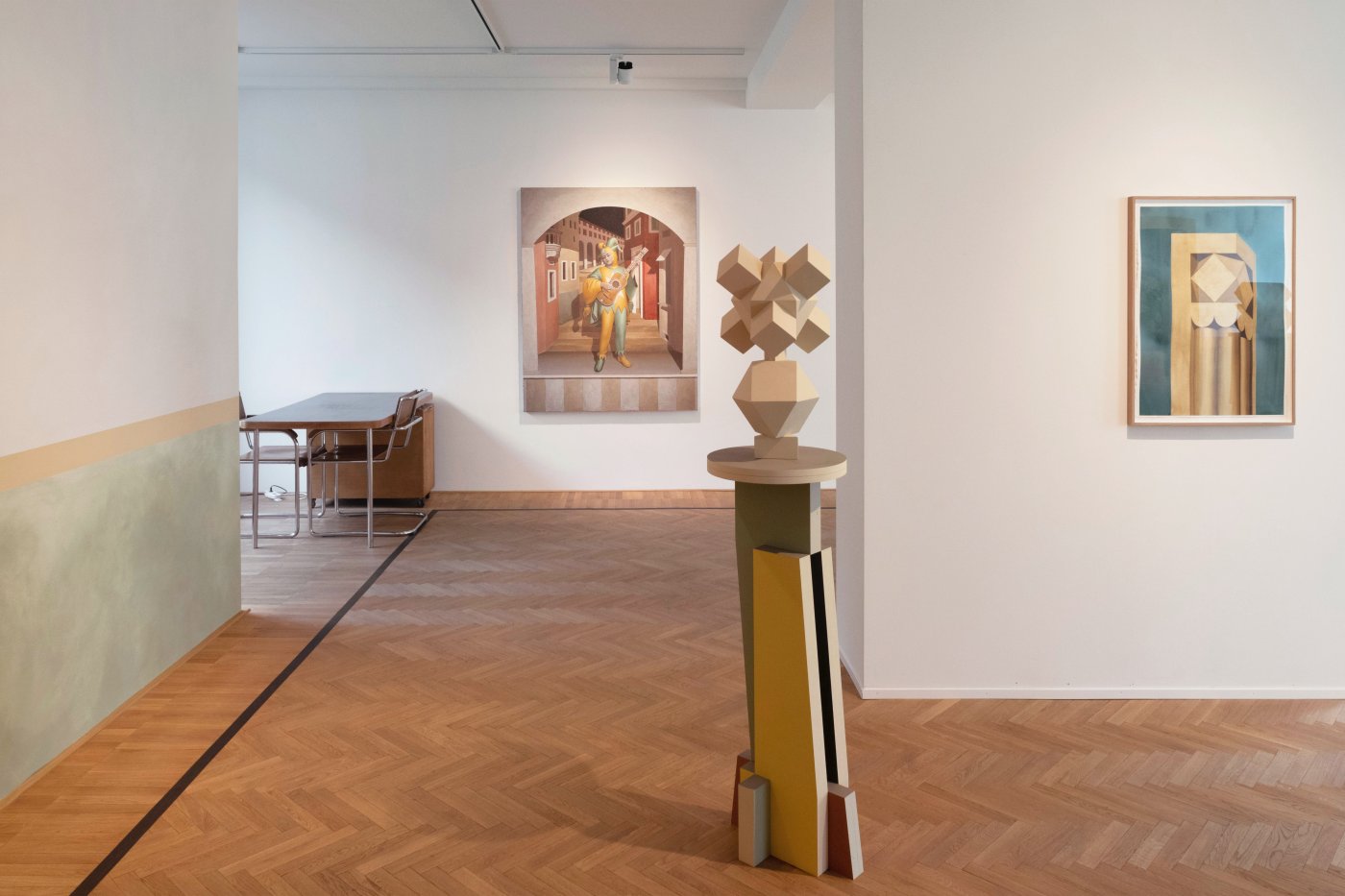 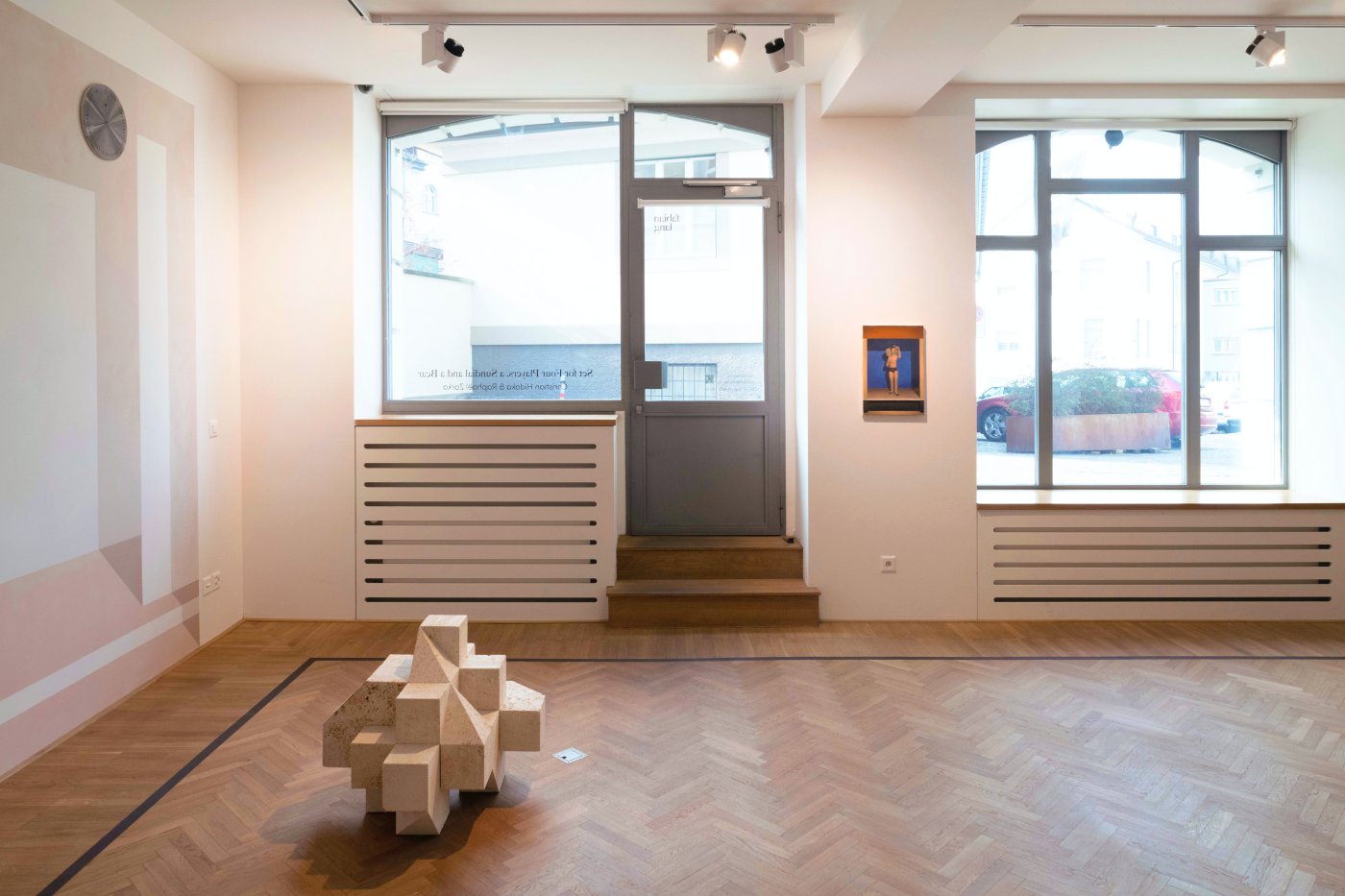 At first glance the practices of both artists appear to be invested in forms of historicism, made apparent through the use of both historical media and forms of visual language. This would seem to demonstrate an awareness of art’s timeliness, but in looking at the past, or at the peripheries of art making (decorative art, illustrations for perspective manuals, objects made by scientists, etc.) both Zarka and Hidaka’s work goes beyond an archaeological view of Western Art to explore a space for improvisation and translation.

Advancing a consciously staged exploration of the space, the artists transform the white cube into an immersive tableau. The artworks display a singular, unified and conceptually consistent quality, enhanced by the room sized fresco secco mural designed by Hidaka in collaboration with Zarka. Spanning the gallery, this mural, in oblique projection, creates an integrated backdrop for the sculptures and paintings, reinforcing the multi-layered network of references, symbols and geometric motifs that can be found in the works displayed within it.

Hidaka’s painting, ‘Kirby Construction’, which takes its composition from an engraving found in John Joshua Kirby’s, ‘ …Perspective Made Easy’ (1768) is an abstract spatial construction featuring a series of interlocking planes. Instead of following Kirby’s instruction in one-point perspective, Kirby’s diagram itself has become the site of Hidaka’s enquiry. This painting hangs on a mural composition that depicts a recessed section of wall constructed in oblique projection. In front of this, standing on the floor, is ‘Emma Schoenflies’ by Zarka, a limestone sculpture made after a small plaster model by Arthur Schoenflies in 1891 displaying his crystallographic research. Following his investigation into the use of semi-regular polyhedra in art and science, Zarka’s attraction to Schoenflies’ models is based on their ‘sculptural potential’ and a sense of pseudomorphosis; the models could be seen as perfect examples of Suprematist and Constructivist sculpture several decades before their time.

Zarka always qualifies his works as ‘documentary sculpture’, sculptures using the vocabulary of abstraction through the reproduction of pre 20th century objects, made at the periphery of art. ‘Lavaur’, is part of the recent ‘Gnomonic Sculpture’ series, a totemic form made from stacked wood and concrete, modelled after a polyhedral sundial which was dredged up in the early 1900s from the riverbed in the town of Lavaur, southern France. Dated to around the time when George de Selves (who appears as one of the two figures in Holbein’s ‘Ambassadors’ (1533), with a wooden polyhedral sundial next to him) was Bishop of Lavaur, the question is open as to whether the original sundial was possibly owned by him. Its metaphysical qualities are echoed by Hidaka’s ‘Angelico Door’, a life-size painting of a doorway originally located as a small detail within the ‘Apparition of St Francis at Arles’ (1429), a painting by Fra Angelico. Zarka’s documentation of existing forms and their translation into artworks is complemented by Hidaka’s use of imagery invoking the affinities between painting, theatre and memory.

In this exhibition, George de Selves, Arthur Schoenflies, Fra Angelico and John Joshua Kirby are joined by a bear, resident in Hidaka’s ‘Large Scene with Clown and Bear’. Each character informs the exhibition’s proposition and they are cryptically drawn together, linked by their involvement in mathematics, crystallography and perspective; yet despite this, in the staging of the exhibition, any allusion given to rational pursuits gives way to mystery and ambiguity.

Courtesy of the artists and Fabian Lang, Zürich