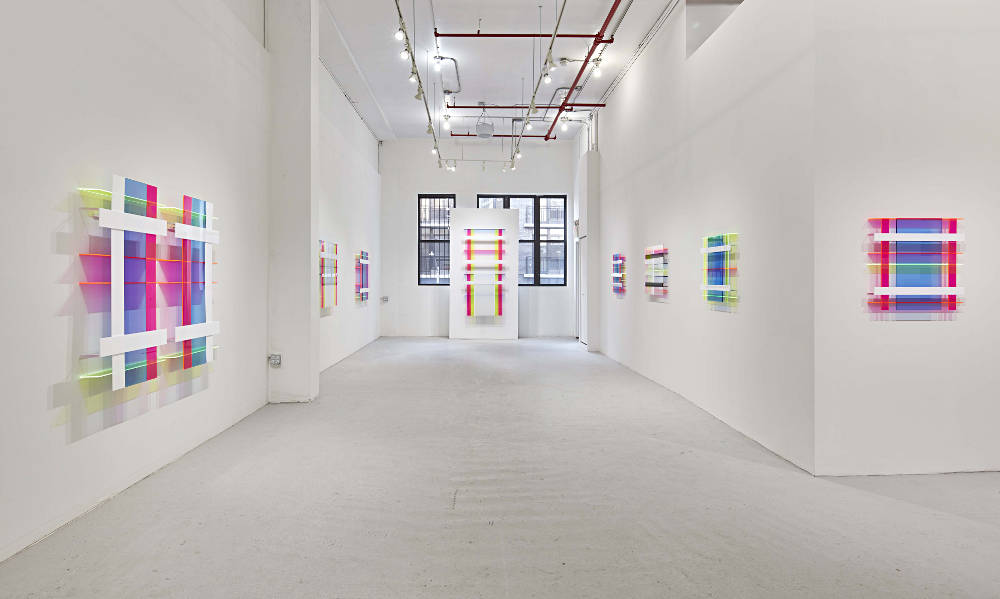 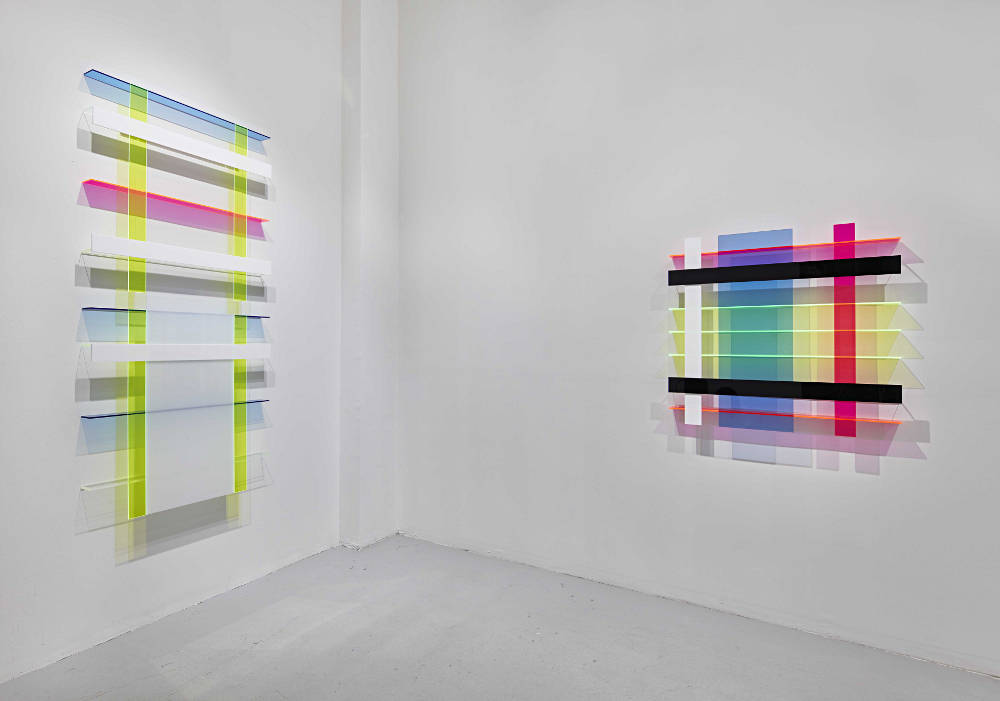 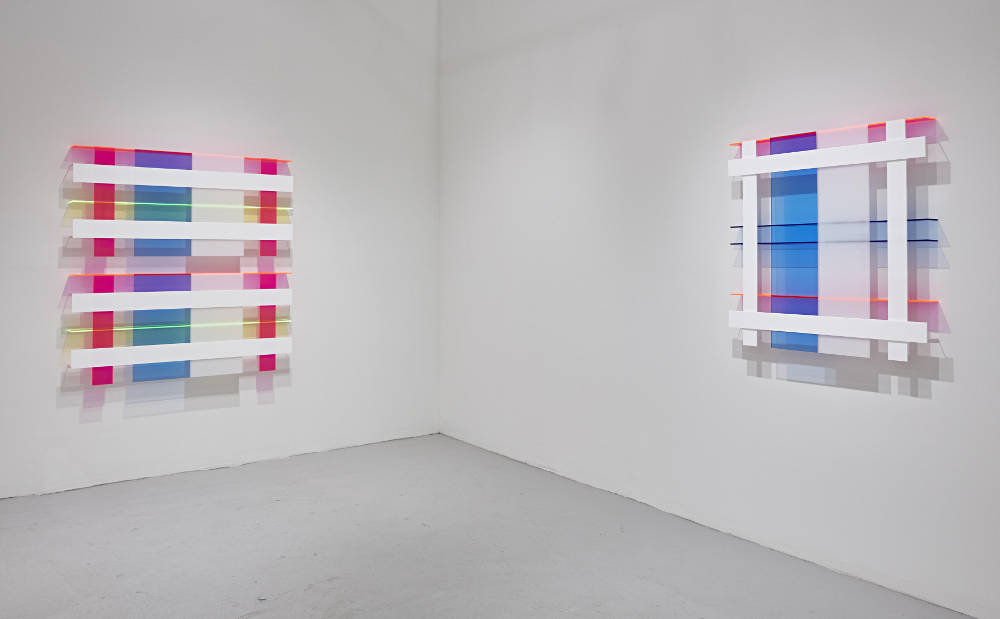 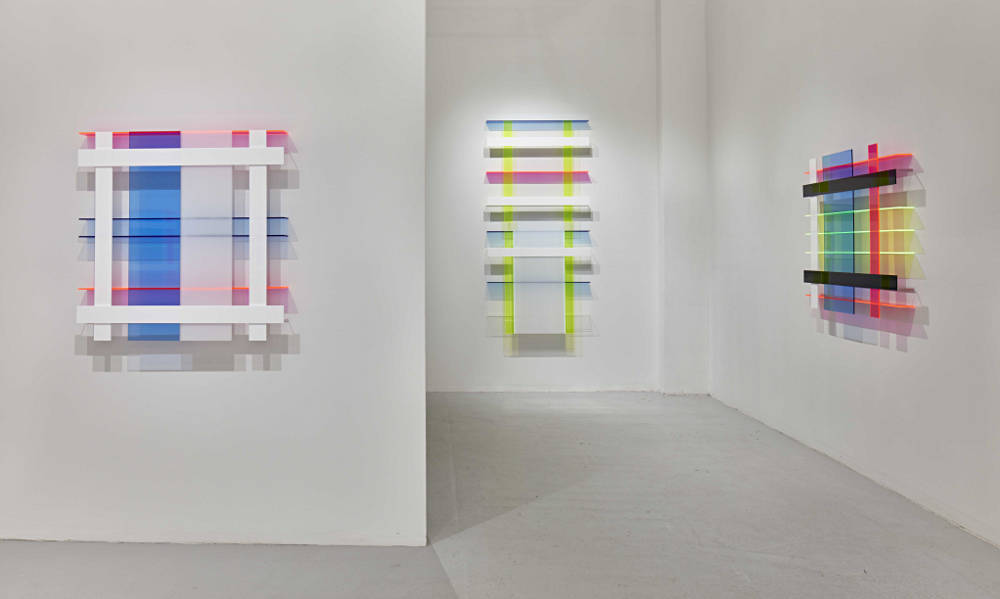 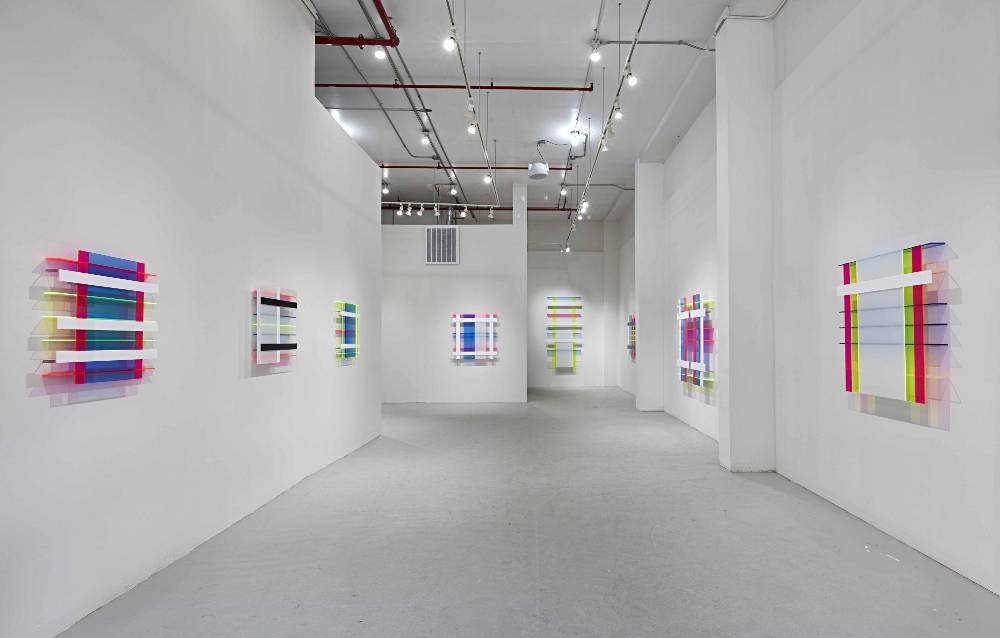 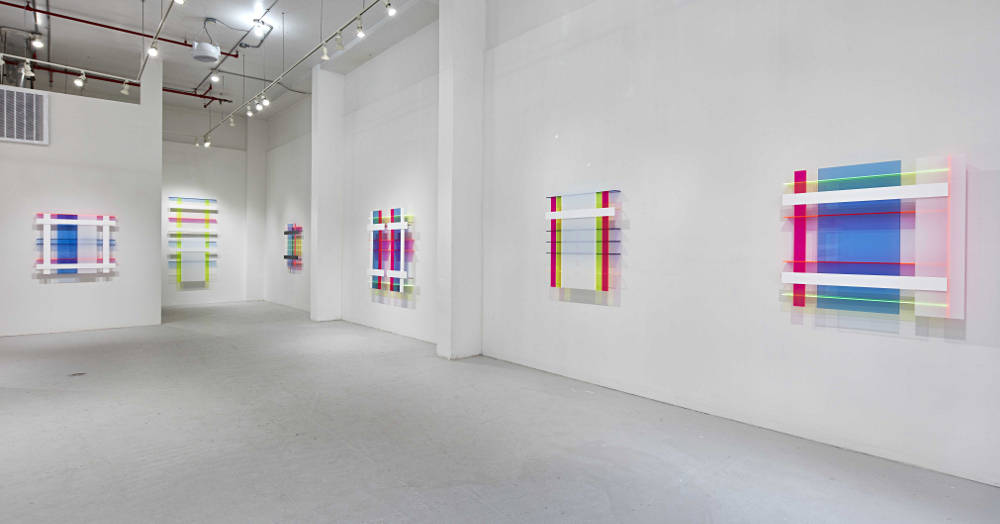 The “floats” by Haub have a number of surprising qualities that impart both a physicality and unexpected perceptual experience. Physically, they are constructions made of cast sheets of colored acrylic that are cut and assembled into open structures with vertical and horizontal elements. Formally, these artworks are entirely about color. Haub uses a limited palette, but the transparent acrylic allows light to pass through and create cast shadows, both within and outside of the structures and that is where the real action begins. When the shadows intersect and overlap the colors blend, creating new colors and expanding the palette. However, another fantastic thing happens, depending upon the angle and intensity of the light source—natural or artificial light—the shadows reach beyond the physical structure and expand the size of the artwork. This transformation of the local space with a luminous glow also introduces a kinetic quality to the work in a couple of ways. First, the shadows move and change depending upon the light source and especially if from natural light, that changes throughout the day in terms of angle, intensity and spectrum. Second, the shape and scale of the work changes as the viewer moves around and views the artwork from different distances and angles.

About Christian Haub:
Christian Haub, a New York-based artist, grew up in Miami, Florida and studied art history at Princeton University. He received the Rome Prize in painting and studied at the American Academy in Rome from 1983 to 1984. Haub has had numerous solo exhibitions and his artwork included in many gallery and museum exhibitions in New York, Boston, Miami, Los Angeles, Santa Cruz de Tenerife, Spain; Paris, France; and Lima, Peru, among other cities. His artwork has been critically reviewed in The New York Times, Los Angels Times, The Boston Globe, Art In America, Arts Magazine, Artspace and BOMB among other publications.