Chris Garofalo’s fifth solo exhibition at the gallery, The Edaphology of a Superterrestrial Panmictic Population. 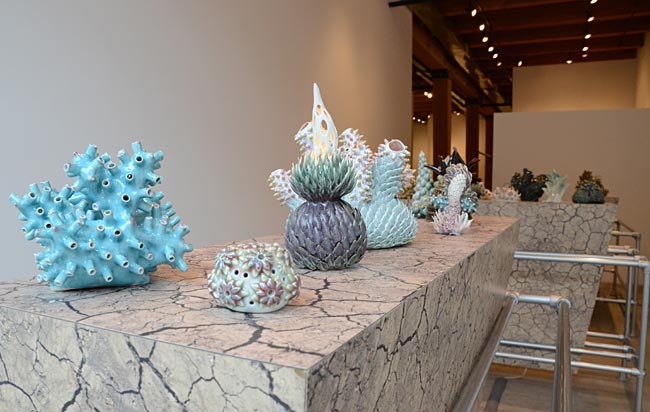 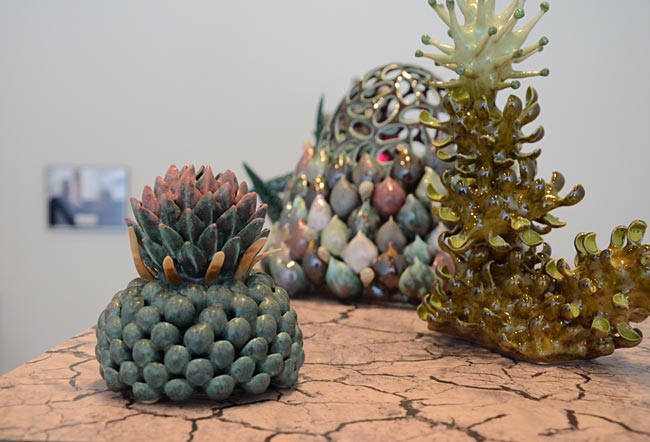 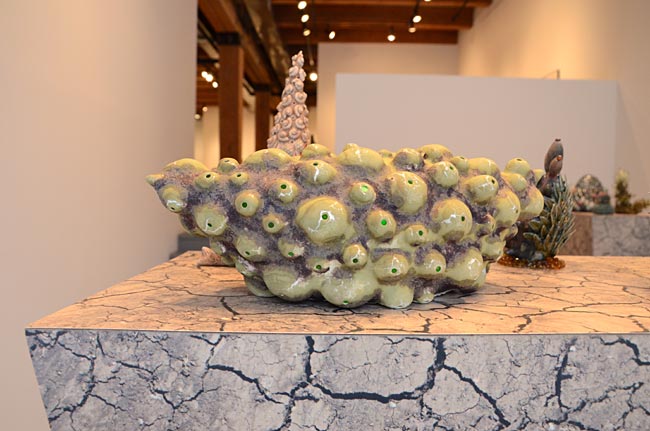 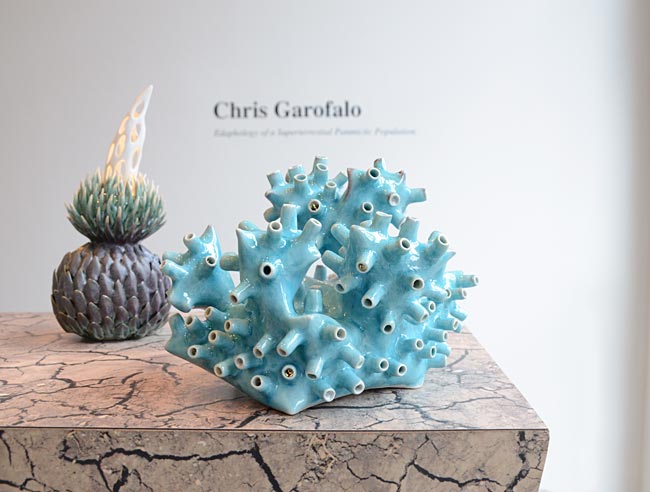 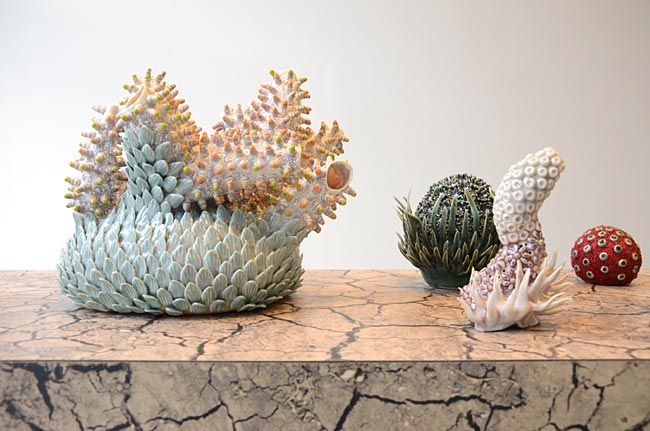 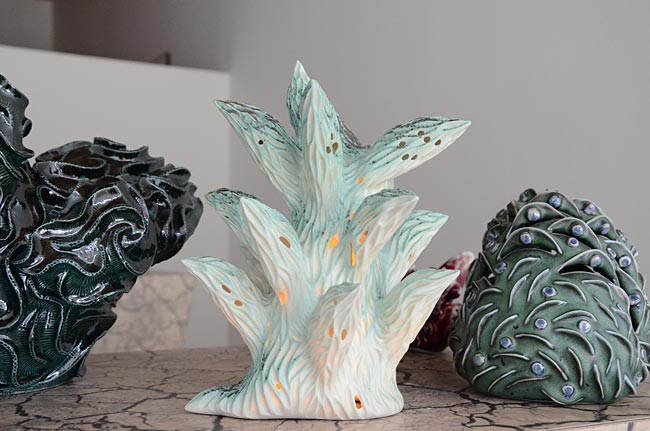 Edaphology is the study of the influence of soils on living things.
For thirty years, ceramicist Chris Garofalo has worked with clay to create porcelain creatures inspired by the flora and fauna of the world’s oceans, deserts, and jungles. Garofalo applies multiple glazes to render authentic-looking skins or shells, so palpable that the creations appear to have grown themselves. Garofalo’s forms and patterns might appear to be modeled directly from life, but all the sculptures are born out of her imagination and transcend standard scientific classification. Theories of evolution and metamorphosis have been fundamental to Garofalo’s studio practice, and as such, the clay beings seem to interact and build upon each other. A distinction in this newest collection of ceramics is the presence of openings and cutouts in the surfaces that allow light to emit from within. This visual element connects the creatures’ earthly foundations to something more celestial or otherworldly.

A panmictic population is one where all individuals are potential partners. There are no mating restrictions, either physical, genetic, behavioral, environmental, or social and therefore all recombination is possible.

Garofalo’s works are hybrids of animal and plant. As Garofalo describes, “there may be leaves and stems and fruit and flowers, but also fins or legs or wings or horns, all growing from a body.” Several of the works on view appear entangled within a tender embrace; fingers reach towards branches, bulbs emerge from orifices. The sculptures are presented on “slice of earth” pedestals that allude to an archaeological dig, leaving the audience to wonder if Garofalo’s works are fossils from a prehistoric past or a glimpse into a future, post-human ecosystem.
—

A native of Illinois, Garofalo has lived in Chicago since 1980. She has been exhibiting her sculptures since 1991, including a highly acclaimed installation at the Garfield Park Conservatory in 2005; the group exhibition La Carte d’Après Nature curated by Thomas Demand at Nouveau Musée National de Monaco in 2010 and Matthew Marks Gallery, New York in 2011, and recent solo exhibitions at the Muskegon Museum of Art, in Michigan and the Hyde Park Art Center, Chicago, Illinois. In 2007 she received the Joan Mitchell Foundation Painter and Sculptor Grant Award.

Courtesy of the artist and Rhona Hoffman Gallery, Chicago