Pontone Gallery presents an exhibition of new work by critically-acclaimed Korean artist, Choi Soowhan. He makes lightboxes depicting mysterious, atmospheric landscapes and flower arrangements. These refined structures are meticulously crafted from layers of black laminate. A multitude of finely drilled holes define the image, which is backlit by LED lighting. The pictures are created by holes, an ‘emptiness’ to which Soowhan refers in his titles. 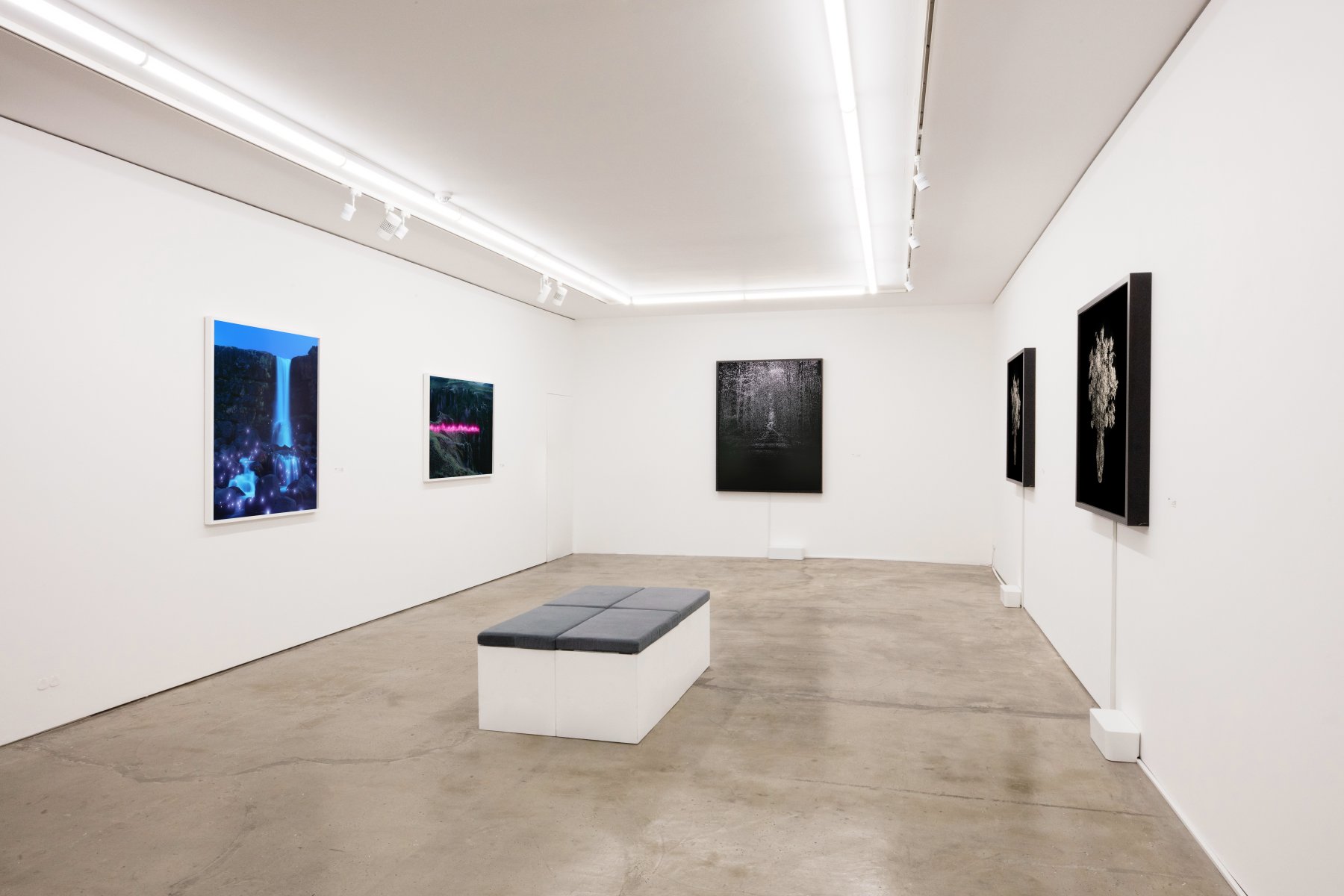 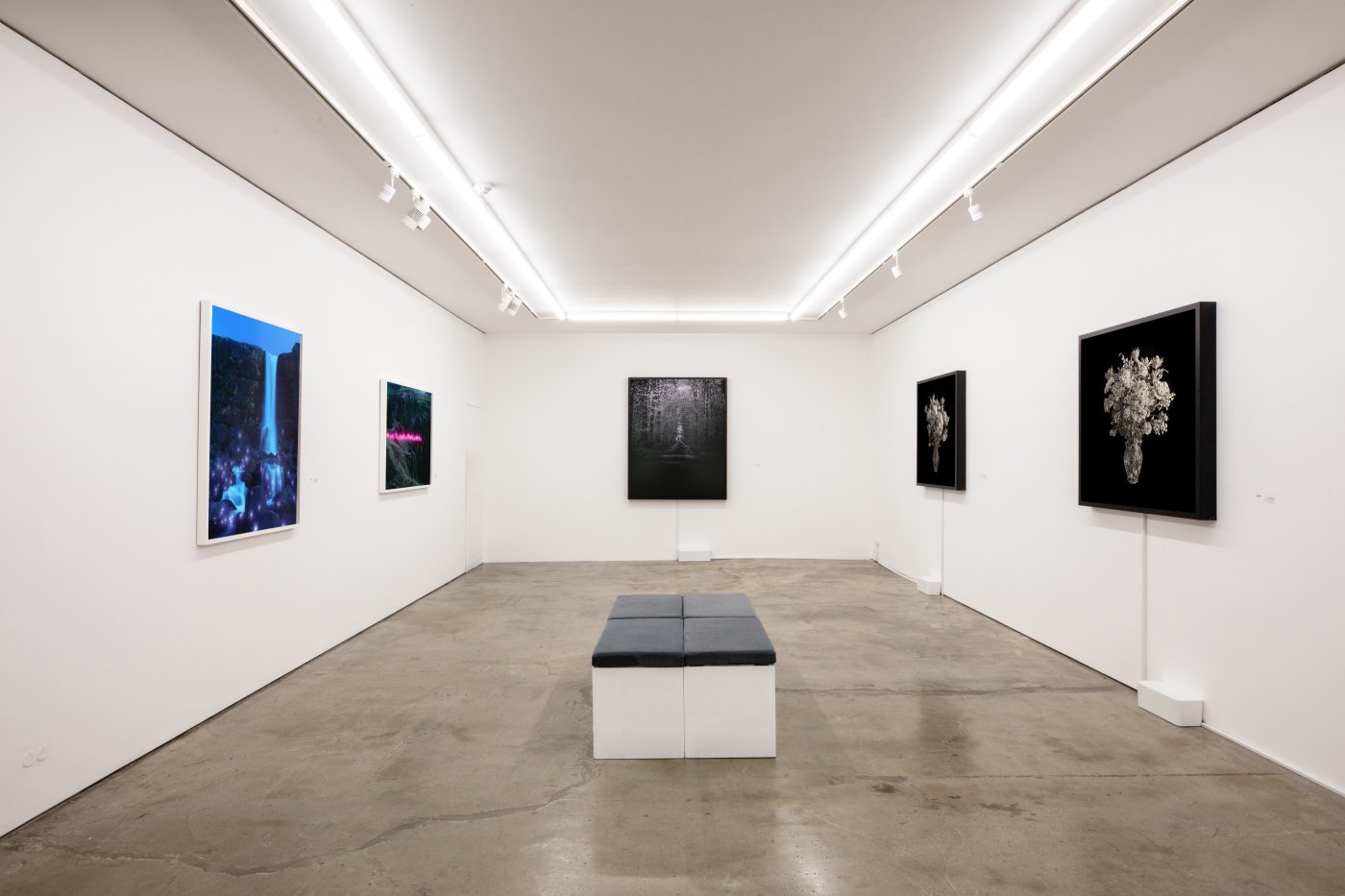 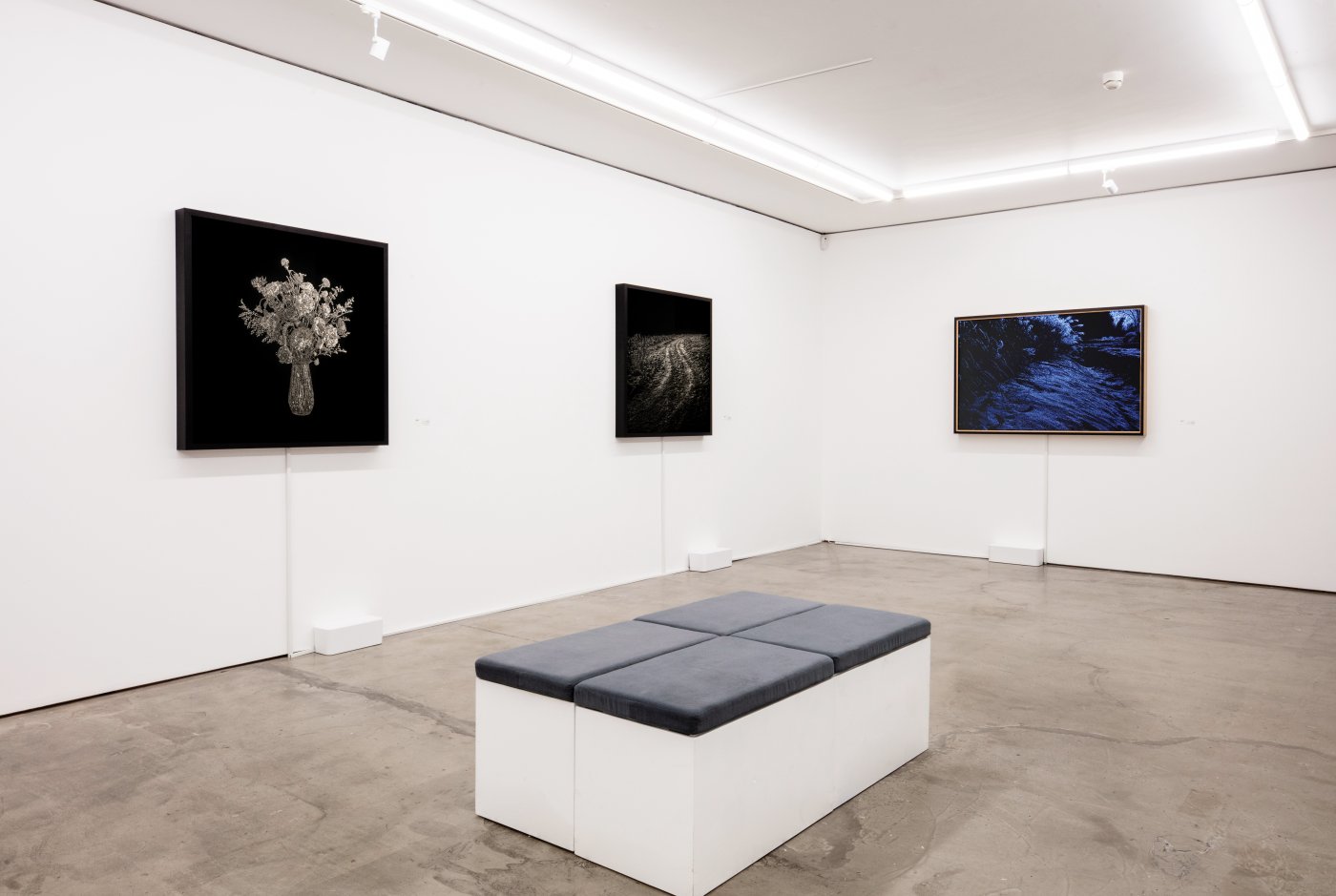 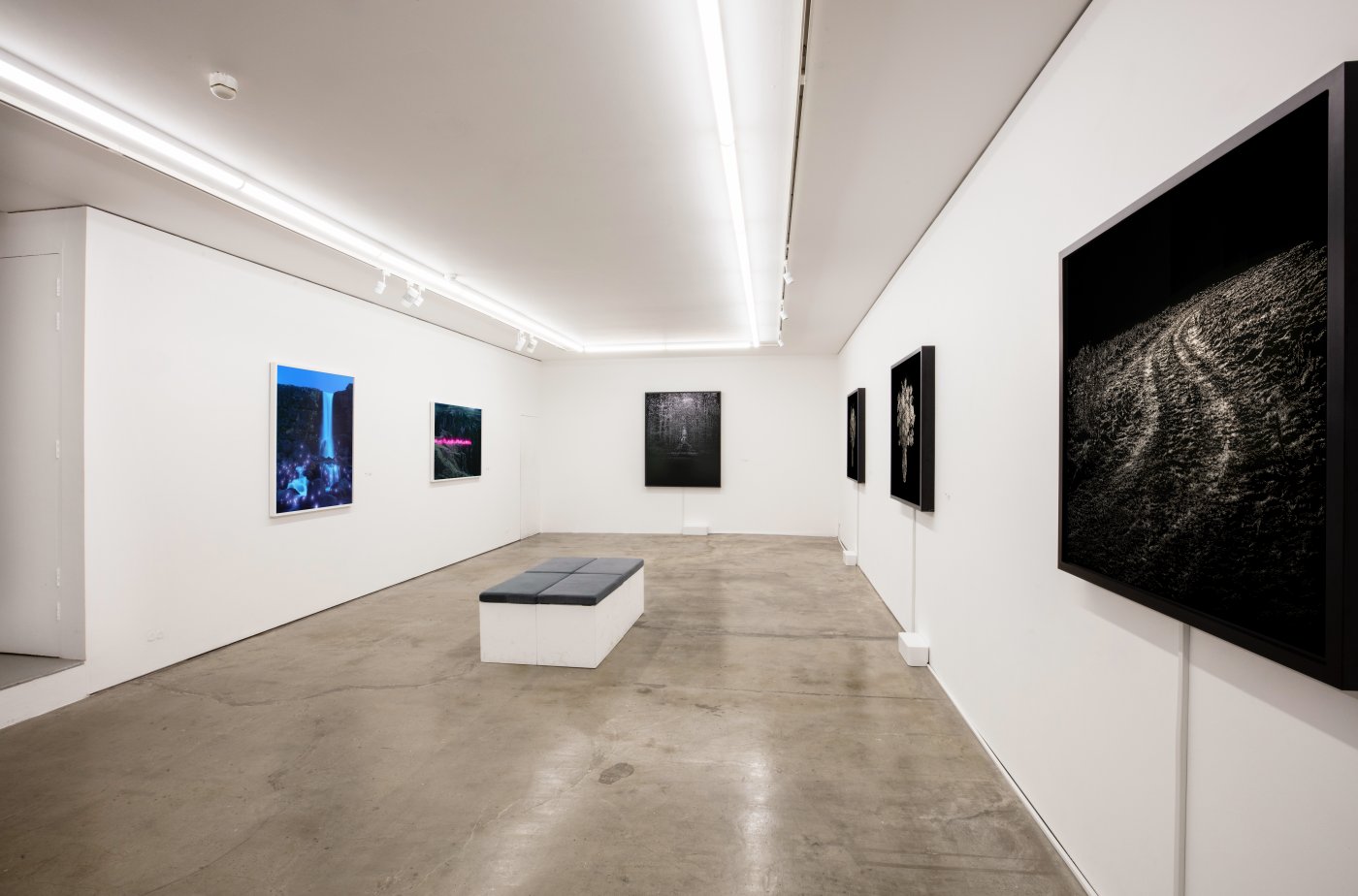 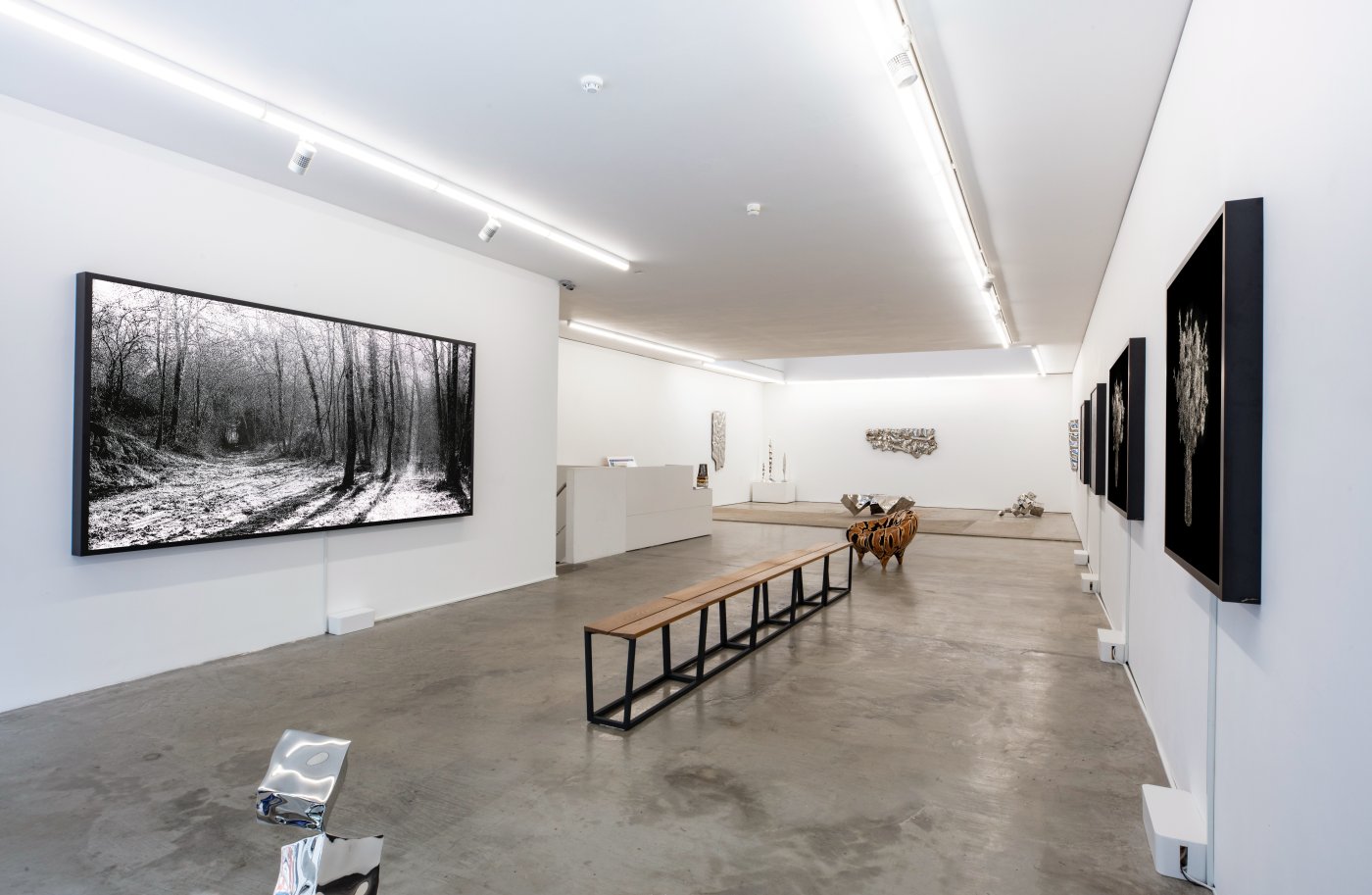 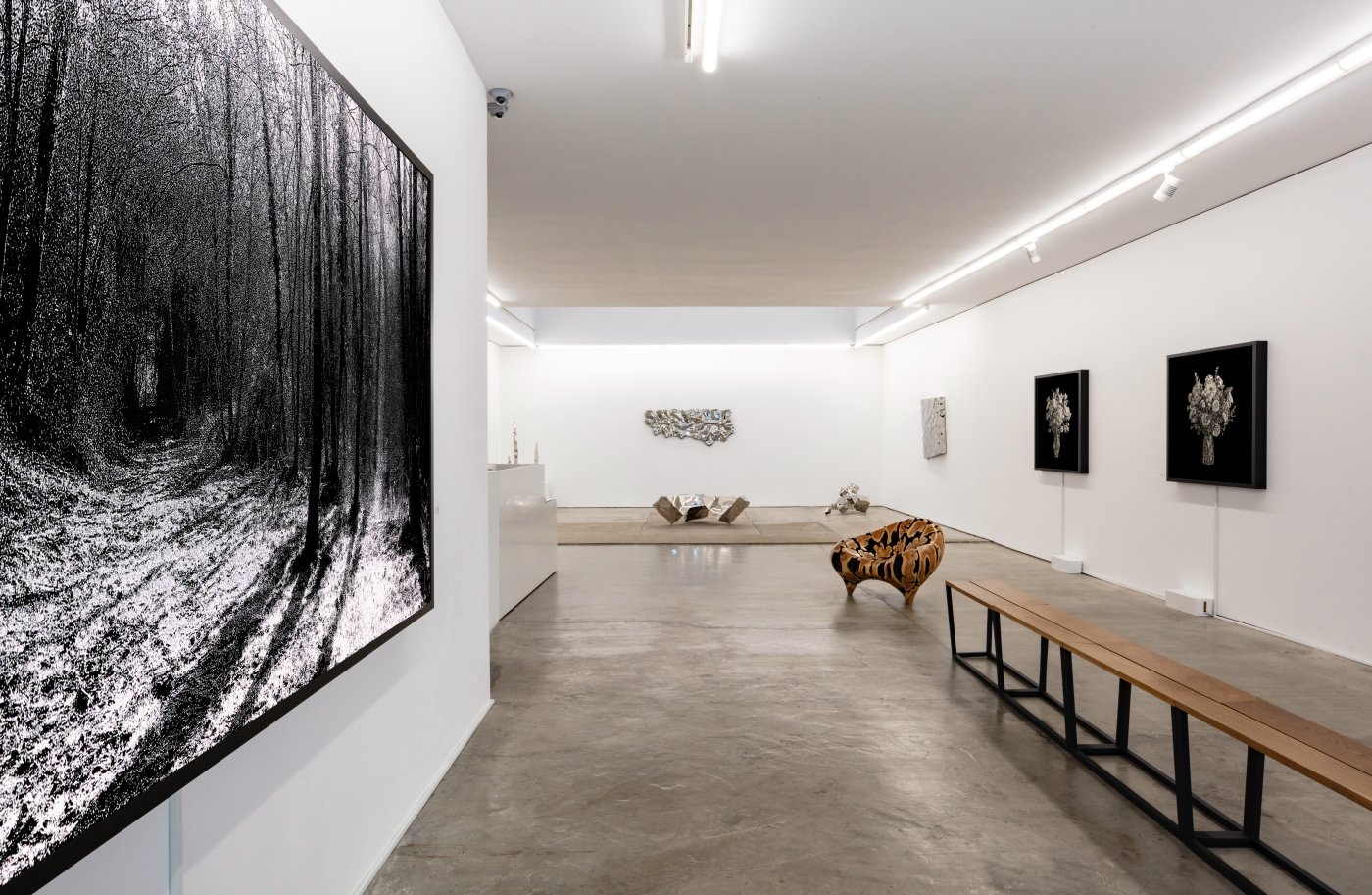 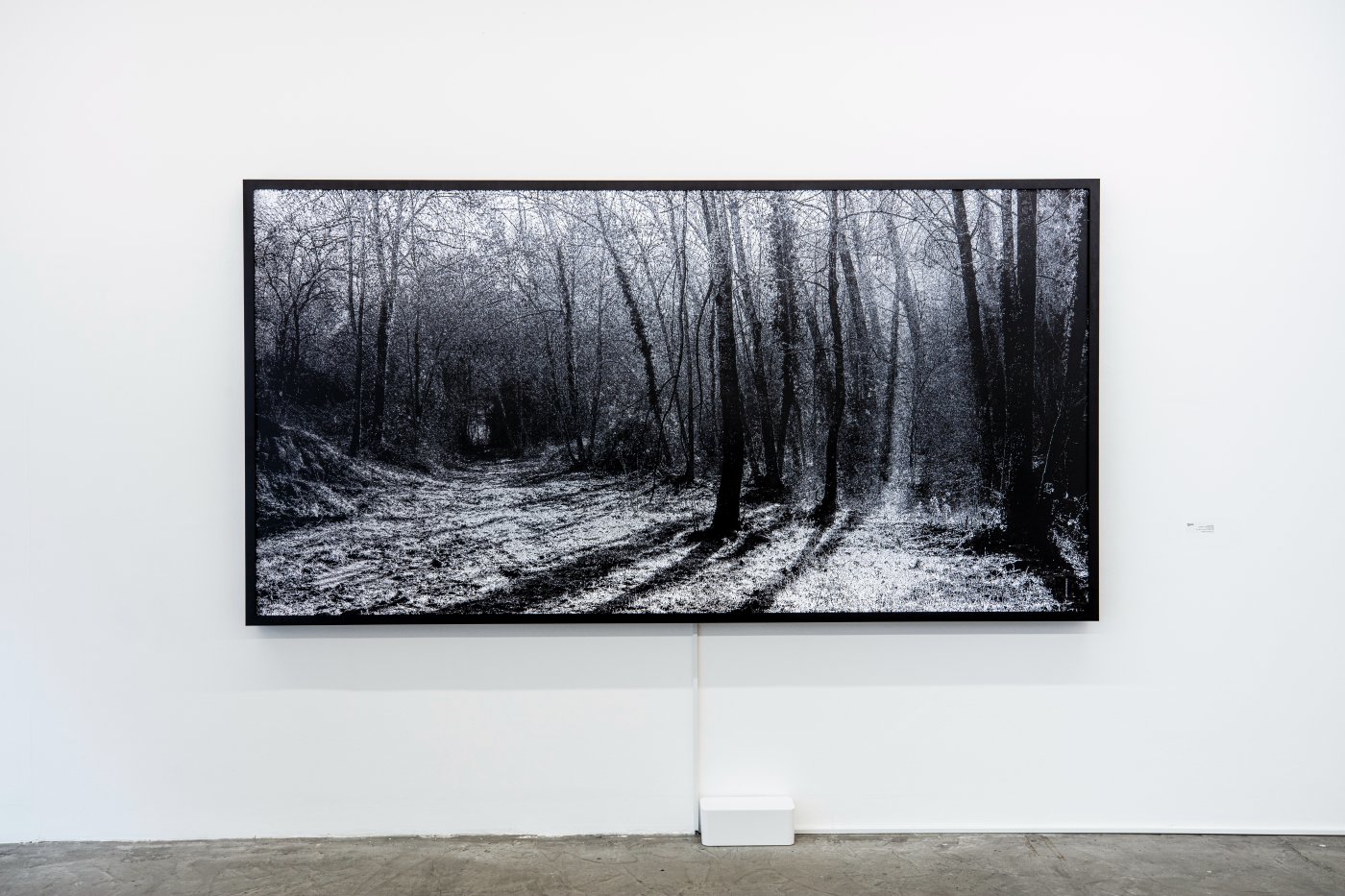 Soowhan’s templates are photographs. From a distance this looks like a photographic exhibition, however, the viewer realizes that they are in the realm of the hard-won sculptural object. It quickly becomes apparent how much painstaking skill has been deployed in effecting these pieces. They are imbued with a level of intensity and commitment that commands attention and loads the subject with significance.

These scenes are all dramatically monochrome, which lends them a dark and brooding cast. The woodland landscapes evoke Romantic stagings and the flower still lifes channel seventeenth century Dutch masters. Nevertheless, their rendering in black and white distances them from parody and locates them in the artist’s own distinctly expressive world, where things are seen “through a glass, darkly”.

Nature, as depicted here, is ethereal, but also mediated. Man is present, but undifferentiated, leaving his mark but almost entirely absent and fugitive. In the case of the flower arrangements, he is an offstage organizer and unseen hand. Soowhan makes his point: man creates the paths through the forest and arranges the flowers in the vases, but his is a fleeting presence, quite soon grown over and forgotten.

There is a paradox here: the pictures are made by taking something away. Soowhan’s ‘emptying’ process, his elision of matter, creates meaning. Working against accretion, he carves out an elegant simulation of reality. Making something out of nothing, he reveals the spirit in the material.

Courtesy of the artist and Pontone Gallery, London