Maureen Paley is pleased to present the first solo exhibition at the gallery by Chioma Ebinama. 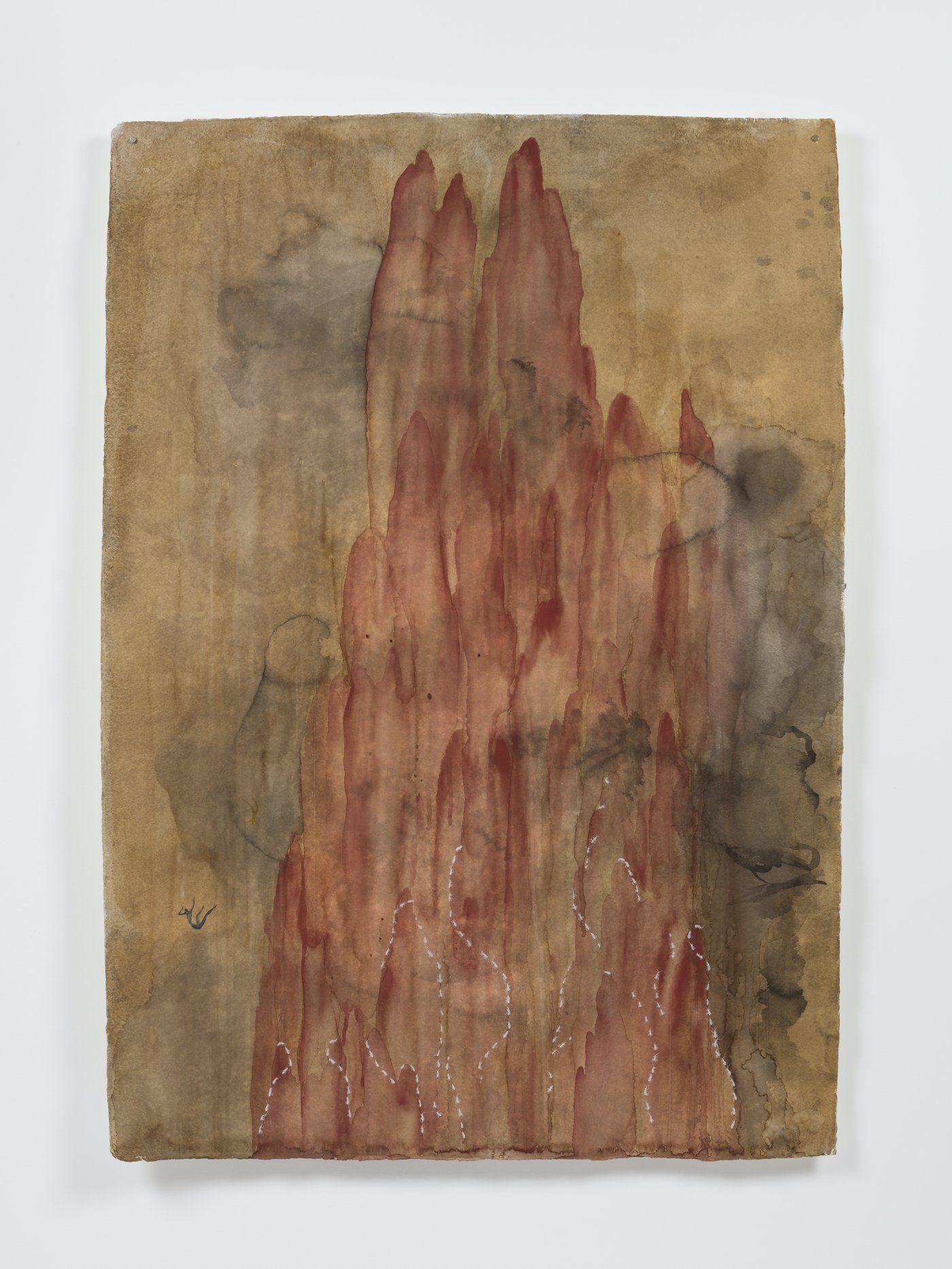 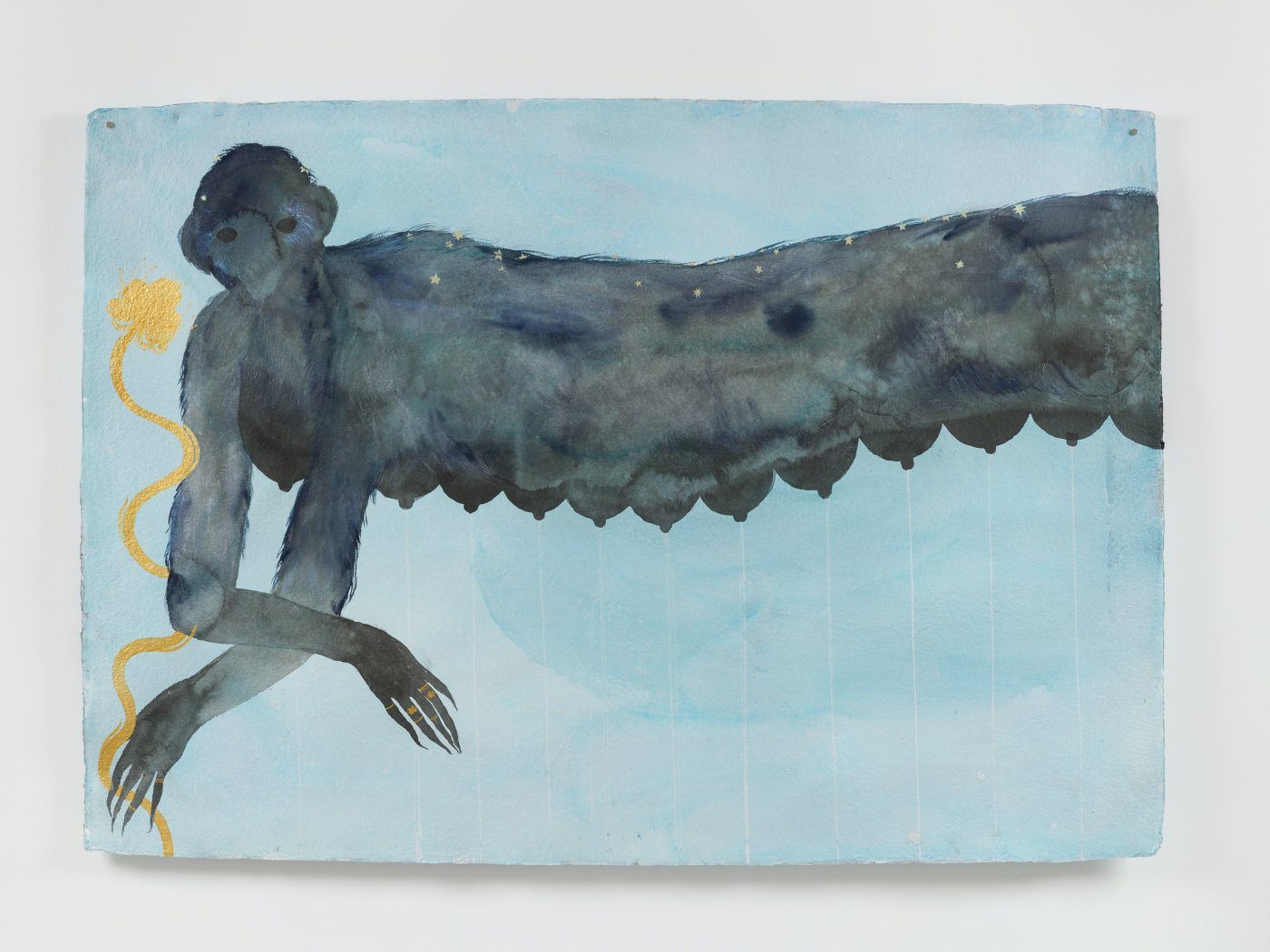 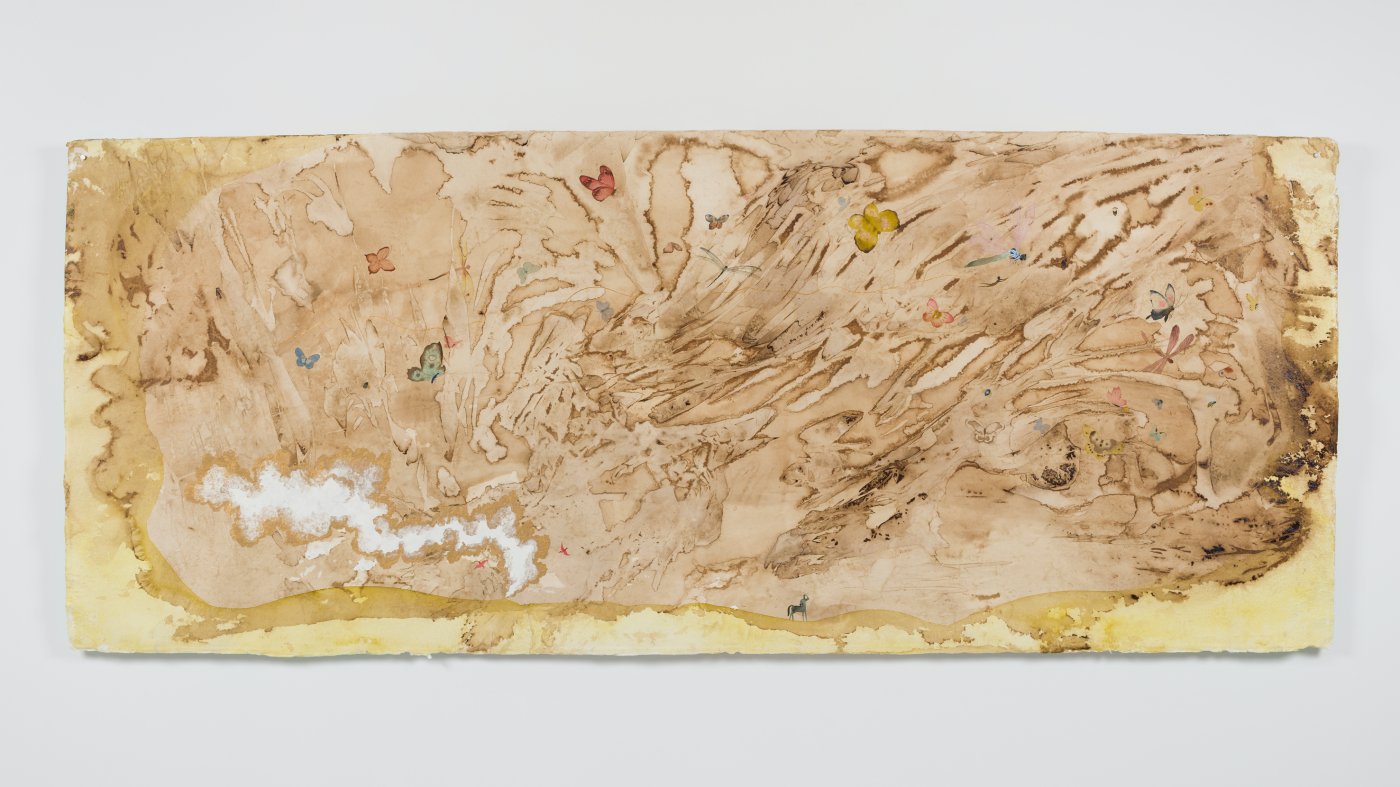 Chioma Ebinama
My life as a seed in the wind, 2021 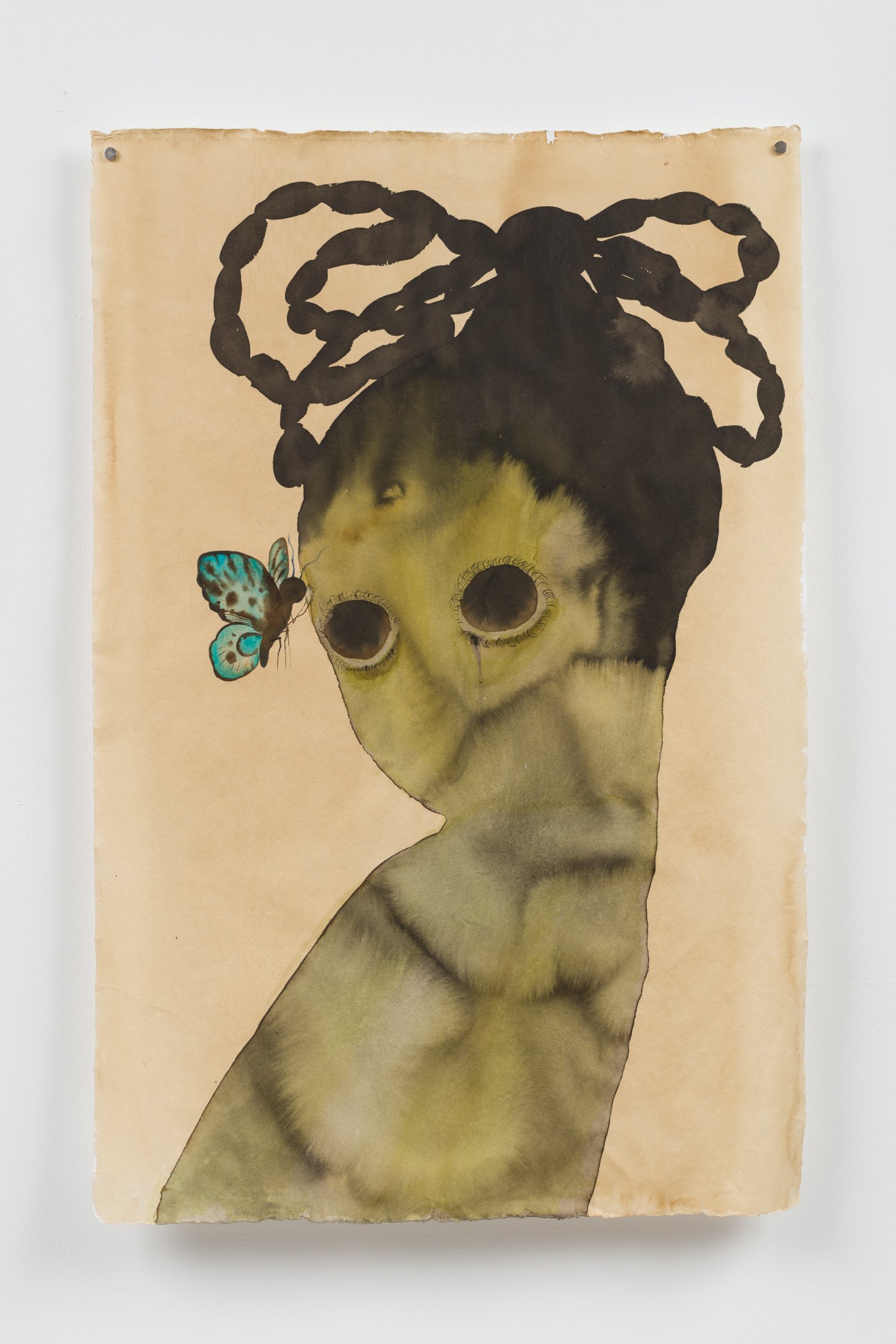 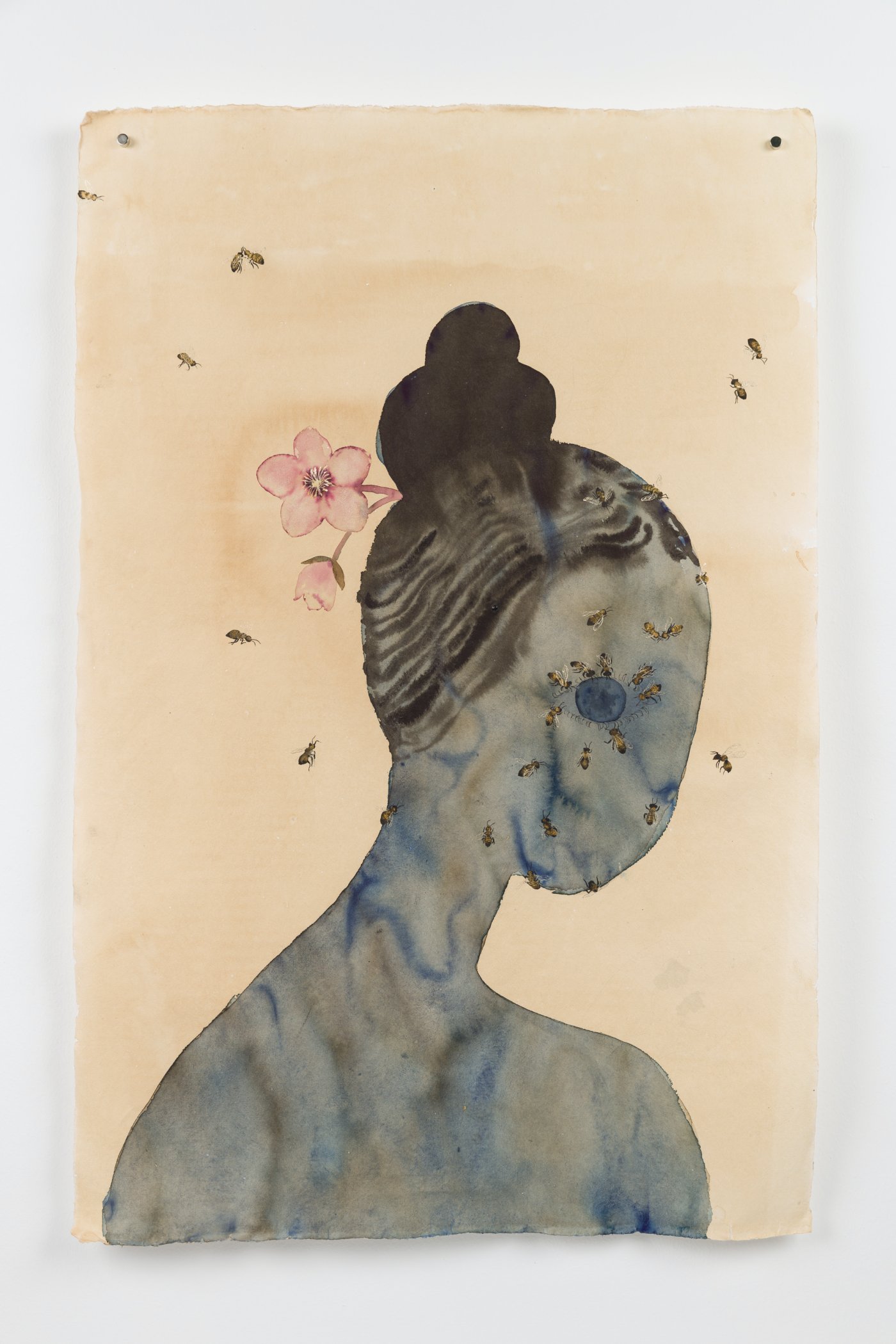 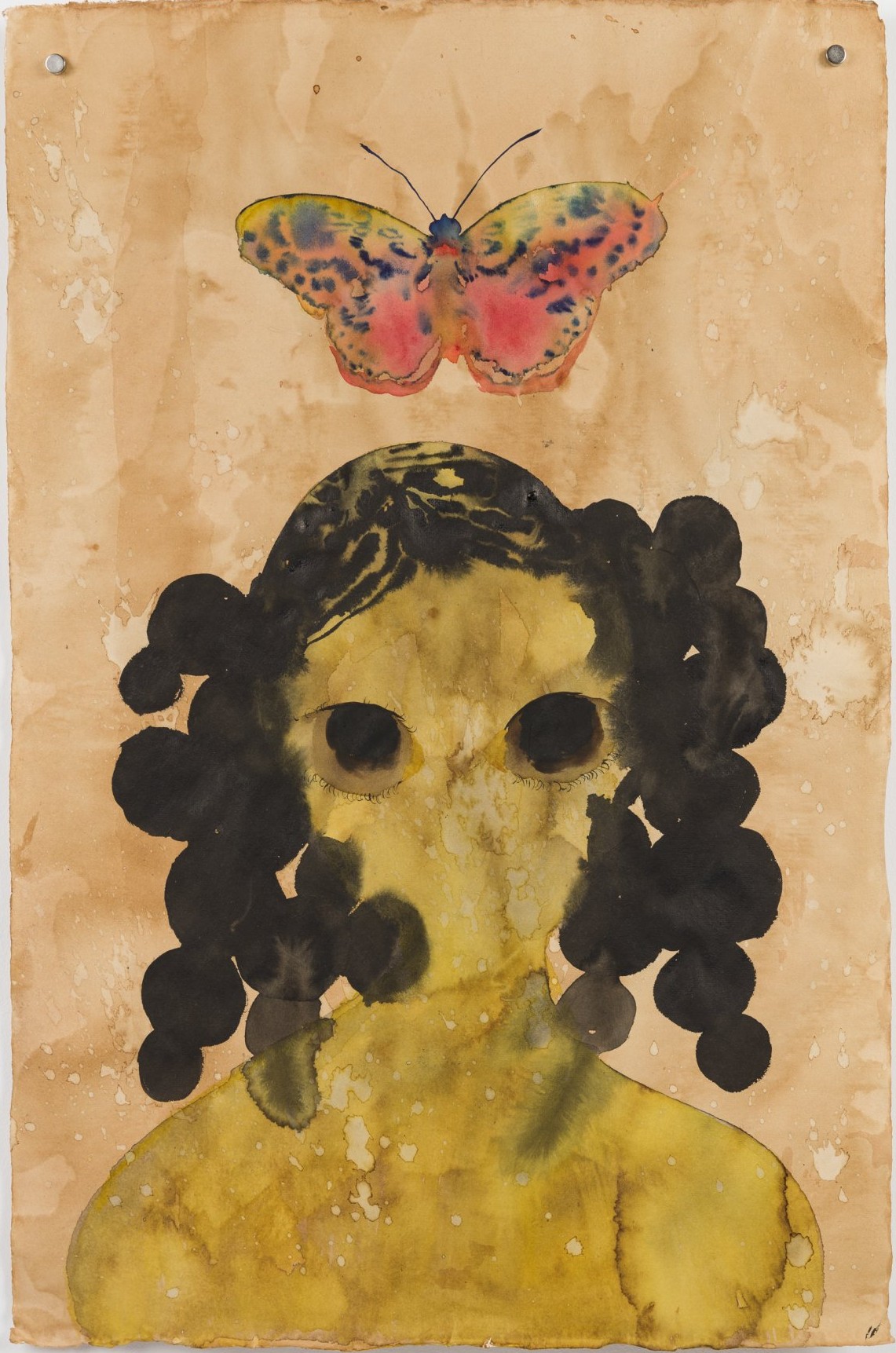 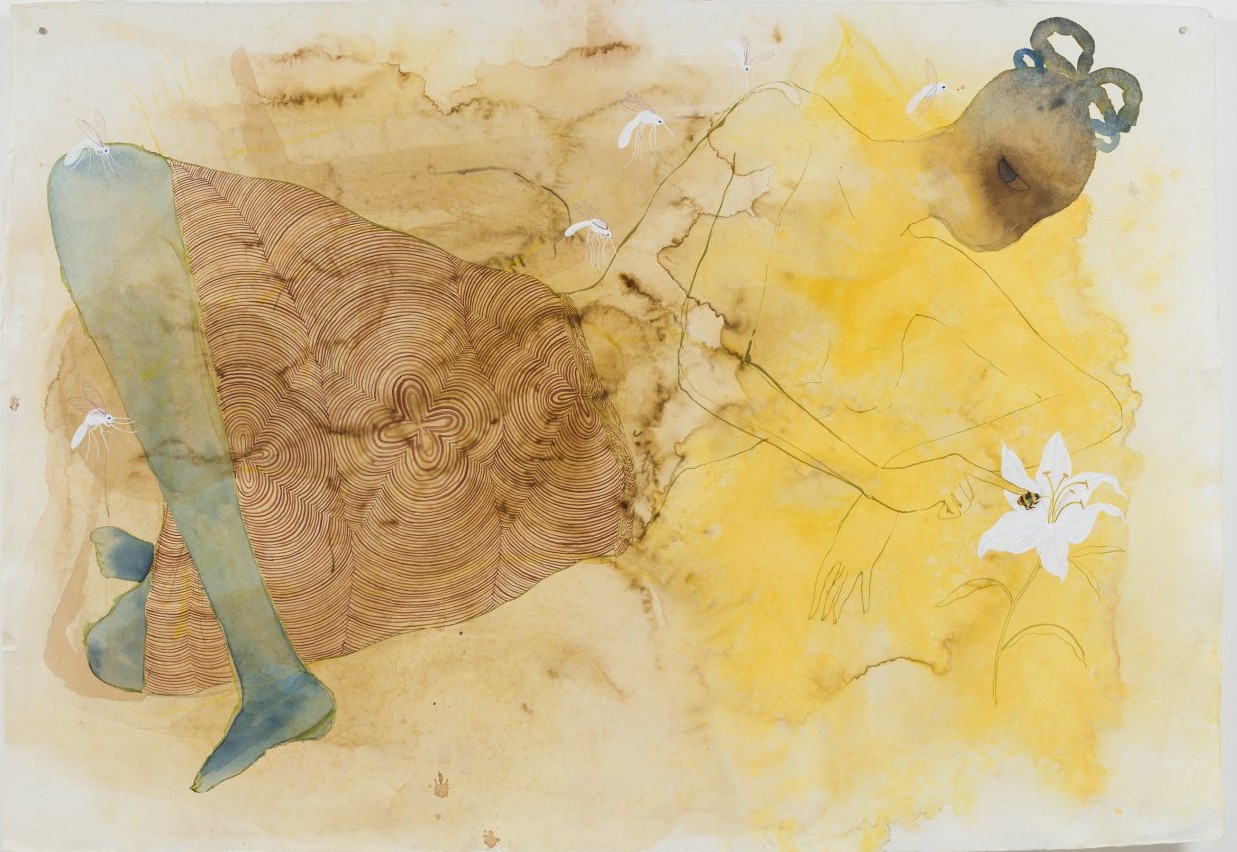 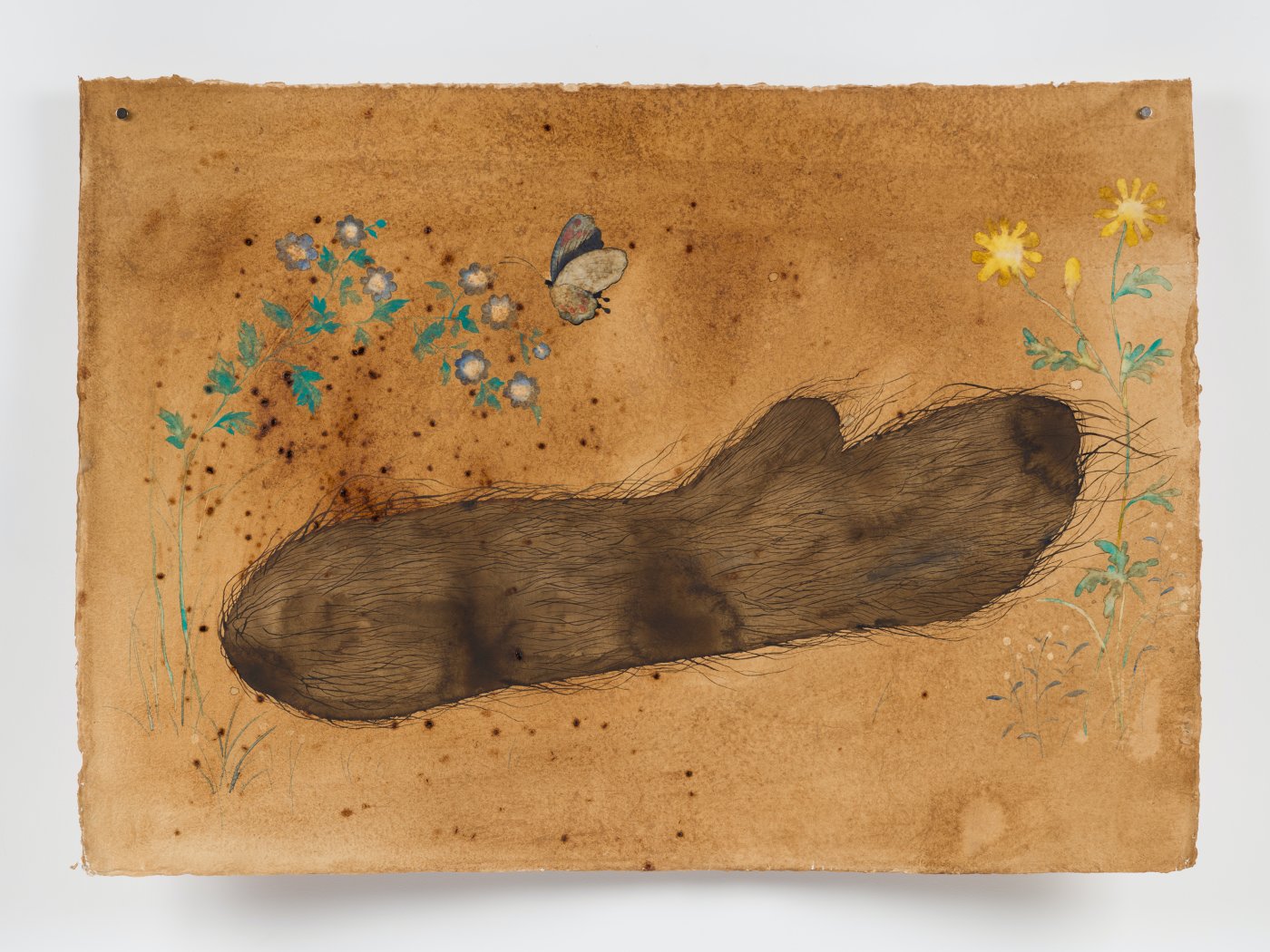 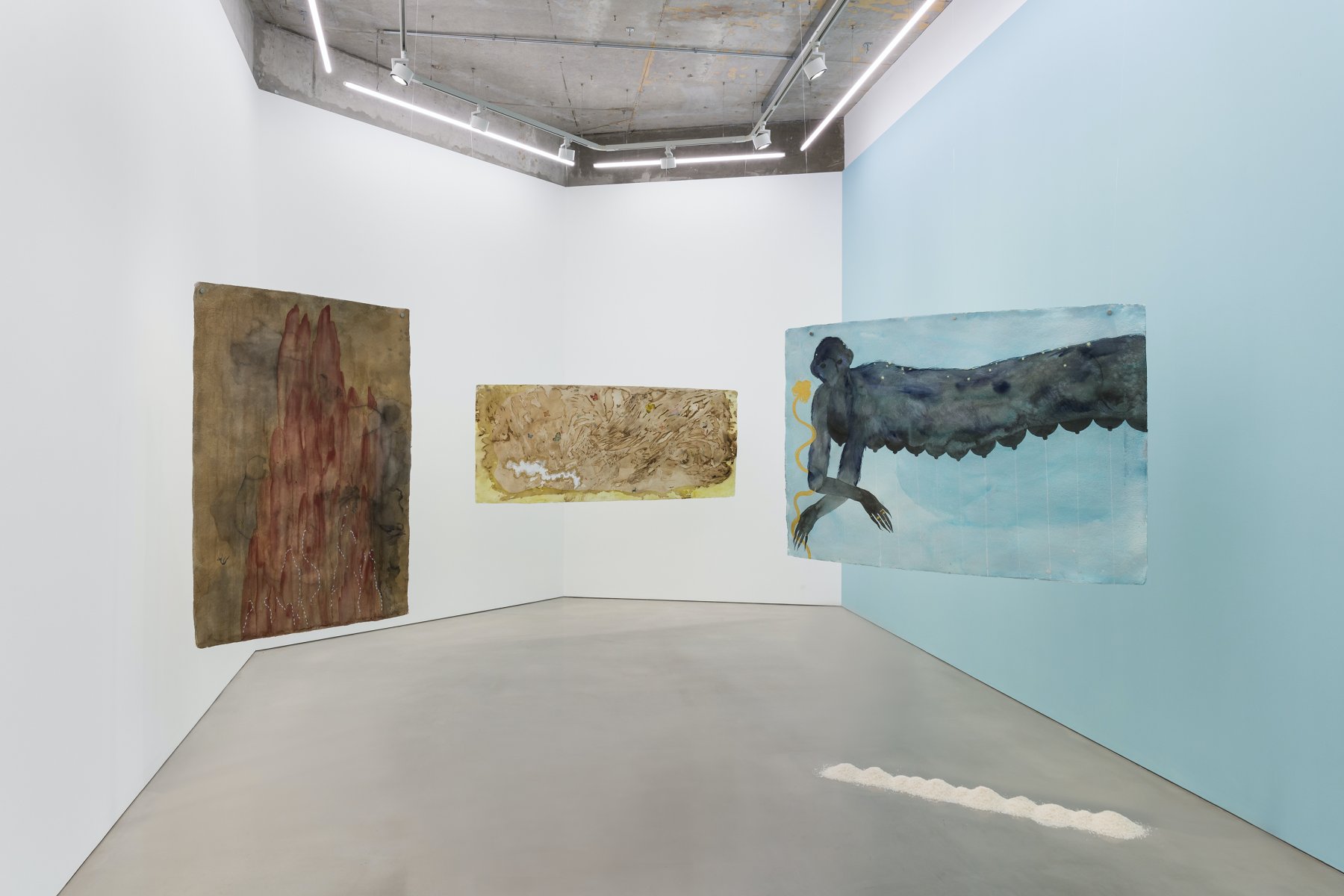 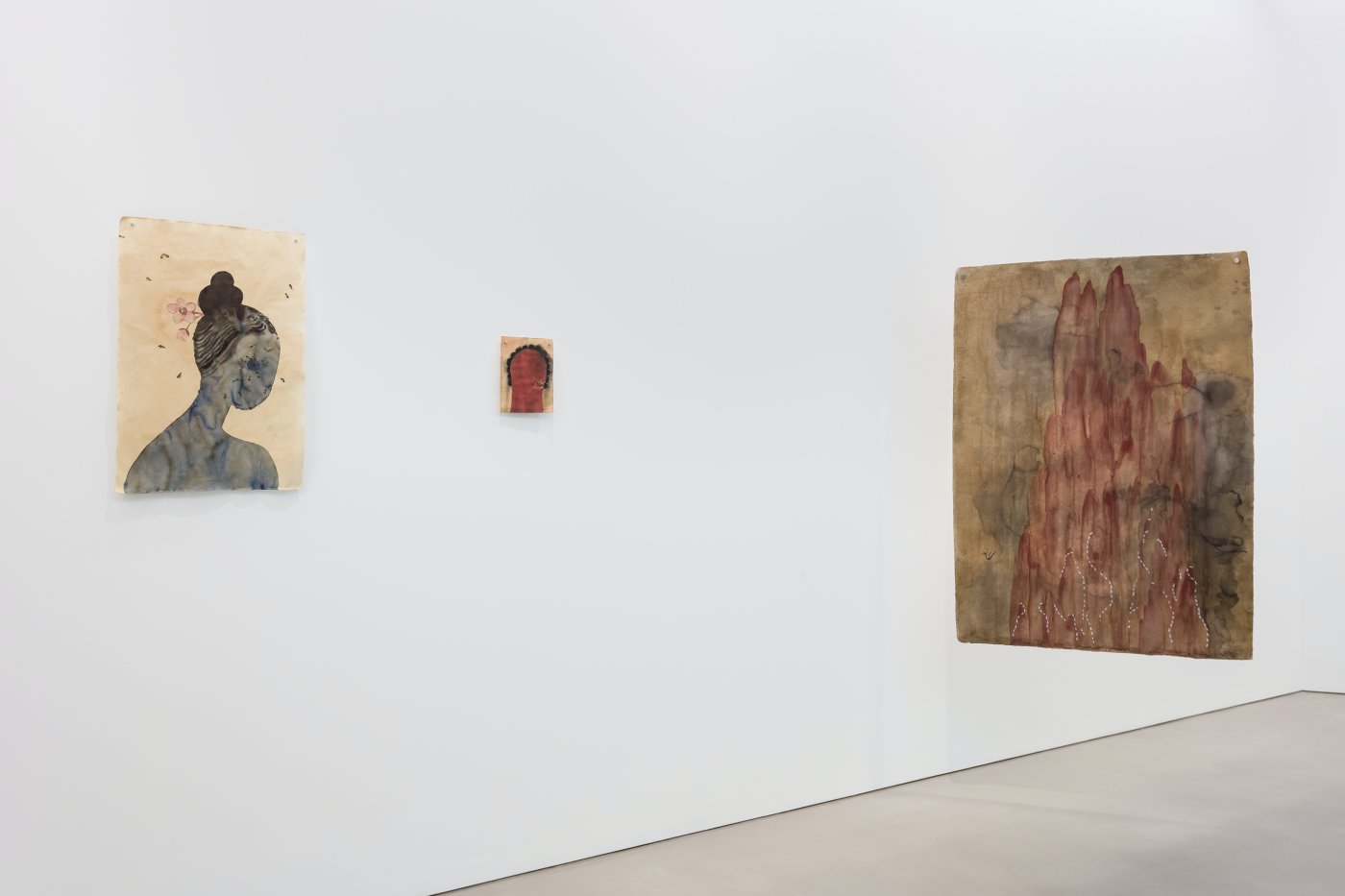 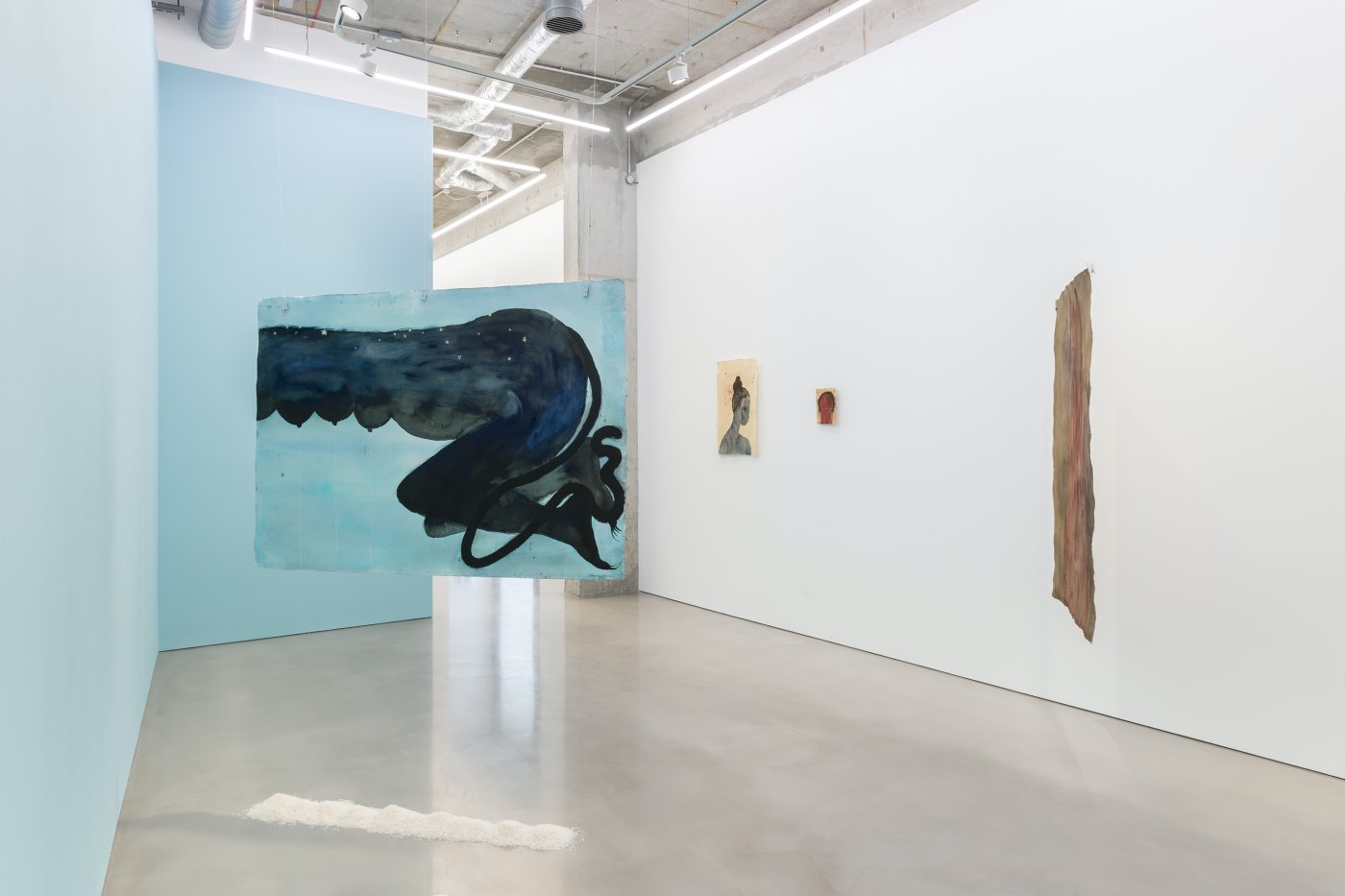 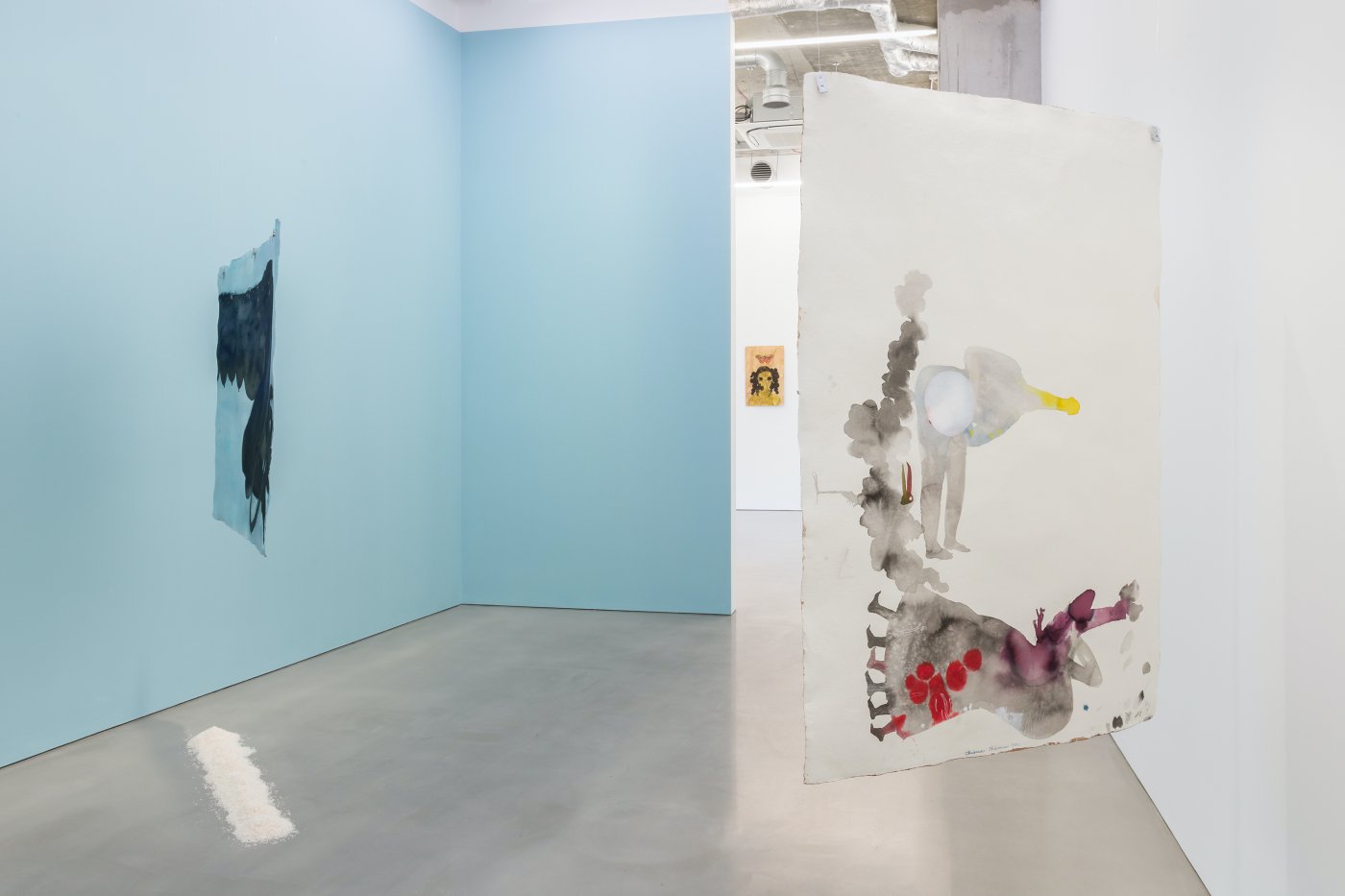 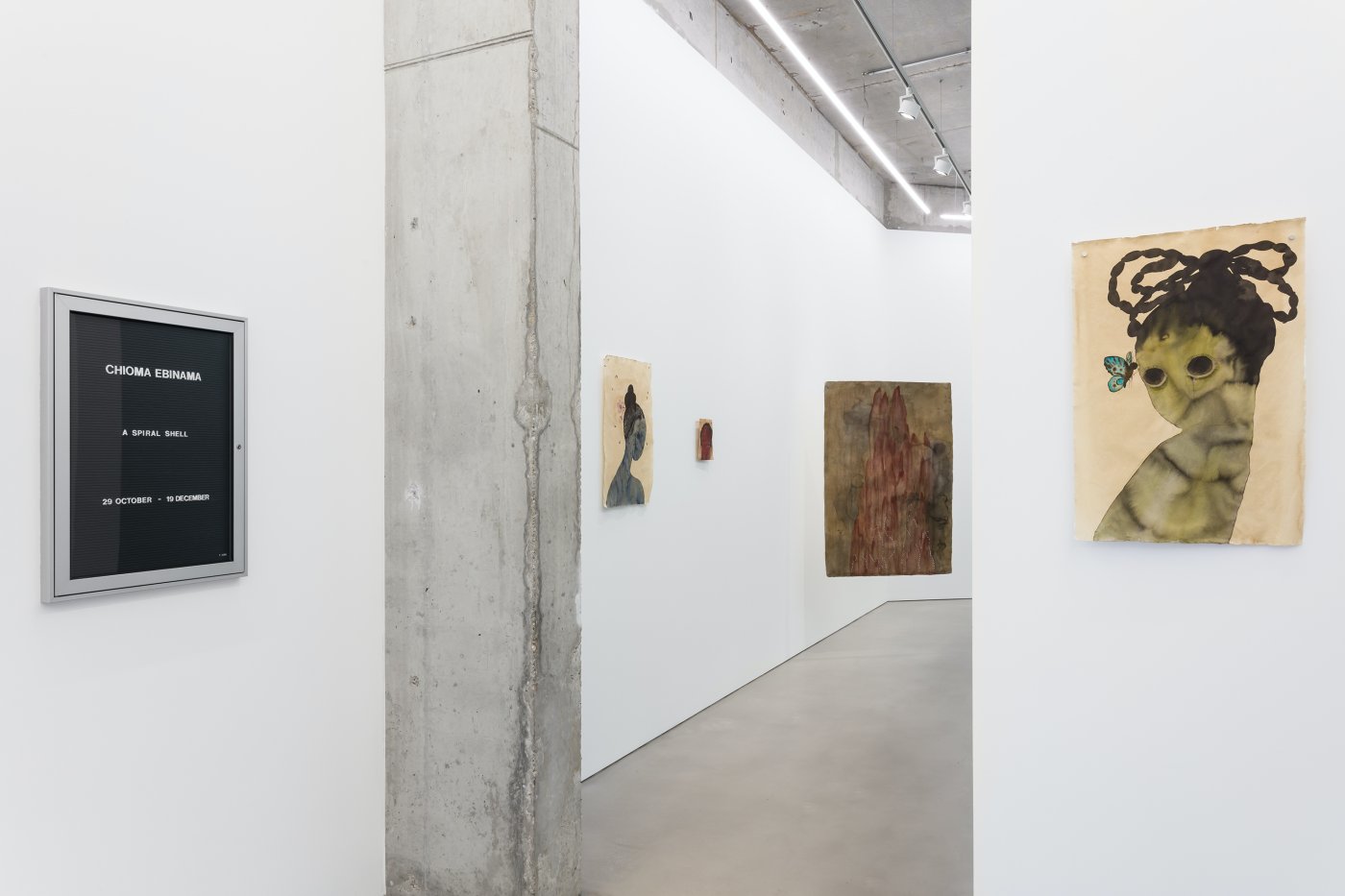 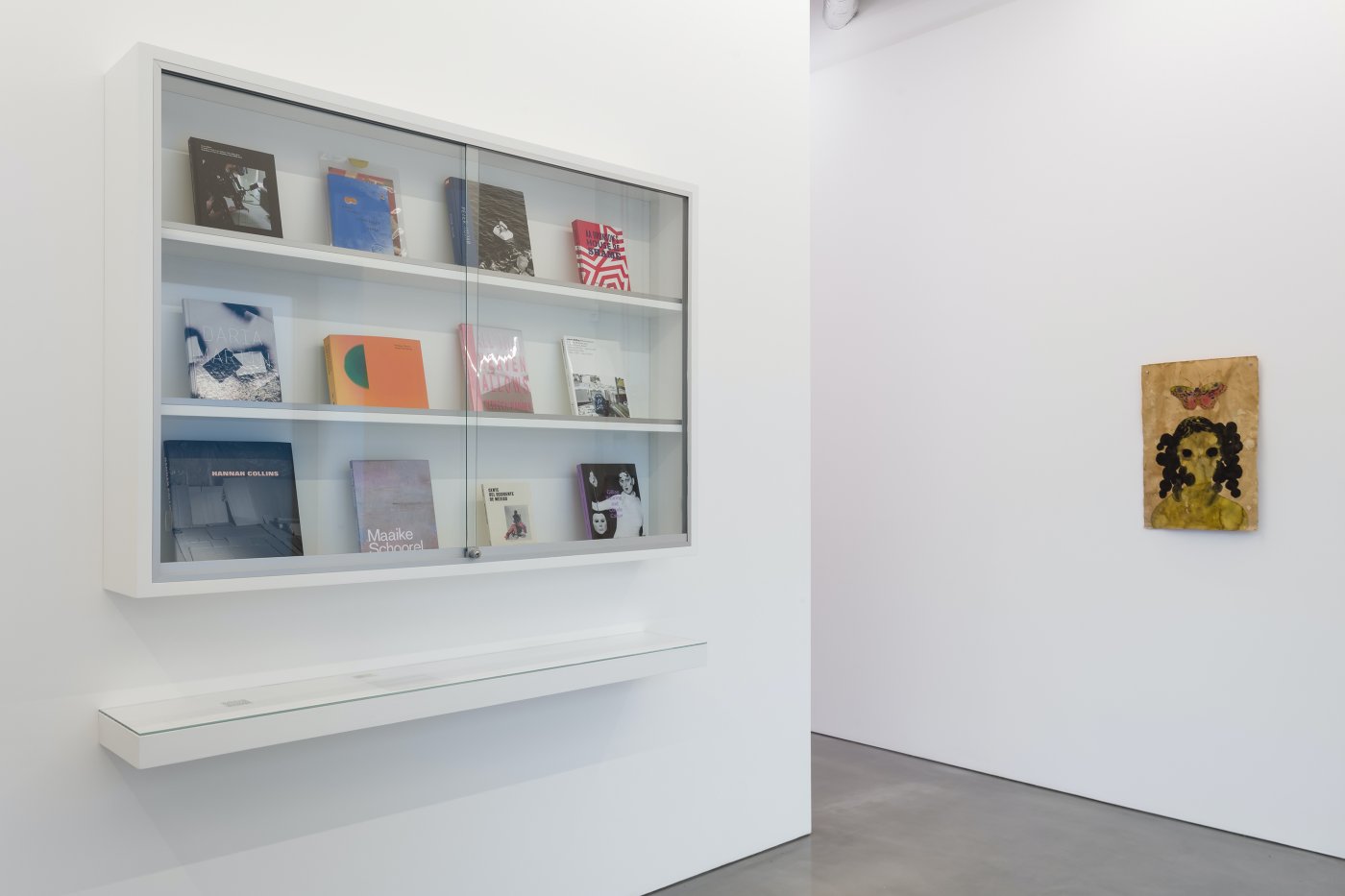 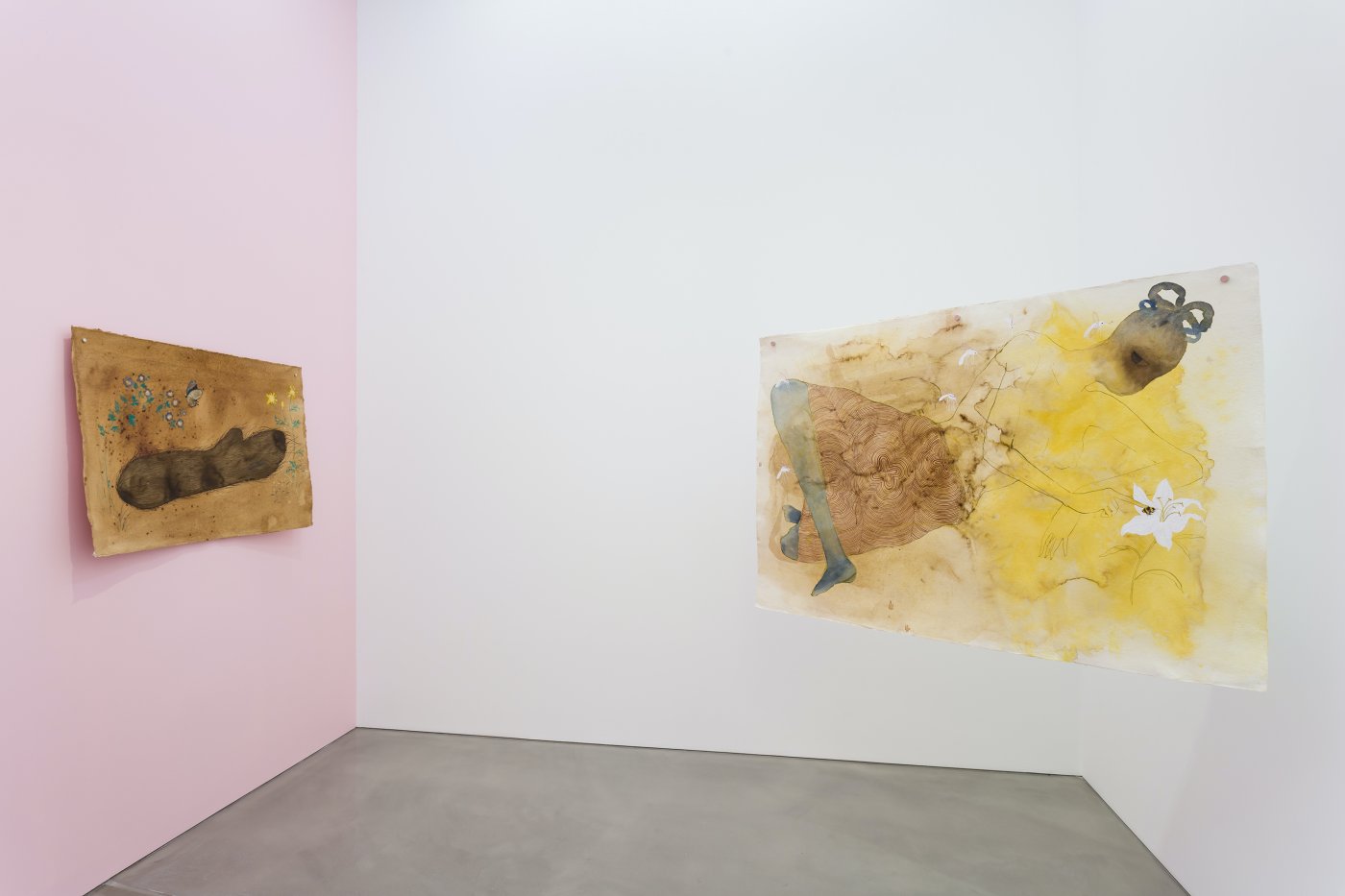 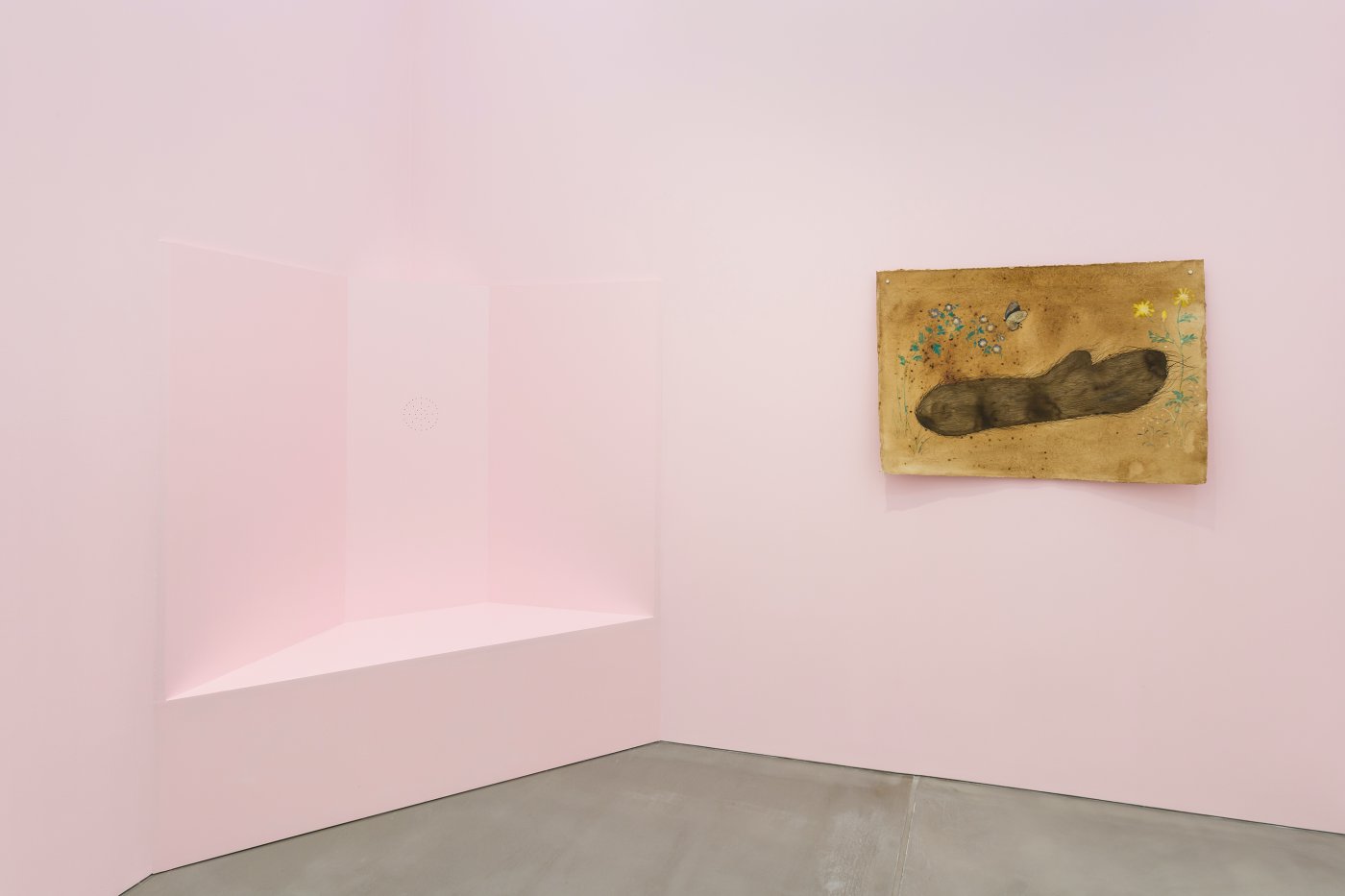 Chioma Ebinama (b. 1988, Maryland, USA and lives and works in Athens, Greece) is a Nigerian-American artist who is interested in how animism, mythology, and precolonial philosophies present a space to articulate a vision of freedom outside of Western social and political paradigms. Her practice is centred around work on paper, yet in her travels she has collaborated with local artists to make sculptures, textiles and wearable art.

Raised in the United States by Nigerian Christian immigrants, Ebinama is drawn to the aesthetic of formalised religion for its potential to celebrate inner life. As she seeks to create new mythologies for the African Diaspora, her work is influenced by a myriad of sources, from West African cosmology to folk art of the global South, to the visual language of Western religion and Eastern spiritual traditions. Her work also reflects on gender and queer identities through a figurative language that is informed by surrealism and Igbo culture among other sources. The collision of aesthetics and presentation techniques is indicative of Ebinama’s nomadic life and in recent years as she carried her practice from Mexico, South Korea, India, Malaysia and now Greece.

‘The title A Spiral Shell, is a surprise as there are no shells nor spirals in any of these figurative works. It refers to Italo Calvino’s short story, The Spiral, from his book Cosmocomics. I found this story about a mollusk to be a beautiful metaphor of what drives the desire to make things and how in the act of making we build a protective shell, a careful space for our own vulnerability against the “indiscriminate instability” of the external world.

Most people who know my work have no idea I’ve spent the past two years living in a complete disconnect from everything familiar. In 2019 I found myself houseless and studio-less. So I decided to wing it and travel. I did a short stay in Mexico and another in London, a lonesome short visit to Athens and several months living an ascetic artist’s life sharing a bed with a friend in Seoul. Somehow I produced a solo exhibition (Now I only believe in love, at Fortnight Institute in 2020) while living out of a suitcase. At the beginning of the pandemic, I found myself stuck in Athens, which turned out to be a sort of wellspring of good fortune. I found love and decided to stay. But I struggled to make roots. No studio to ground me and no familiar faces, I was surrounded by a language that feels alien to me. Still I produced an entire children’s book (Emile and the Field, available in the UK & US in Spring 2022) and another solo exhibition (Mud & Butterflies, at Catinca Tabacaru 2021). When I began to make A Spiral Shell, I was paralysed by the fear that I didn’t have a story, unlike my other bodies of work, I had no visions to explore. So I began inward, reflecting on what had brought me to the present and making space for how traumatizing change, even change for the better, can feel.

That said, work draws from everywhere. The figure in Petting a bee is adorned in a wrapper decorated with a pattern taken from an mbari sculpture, a lost tradition of Igbo culture. A Sense of Belonging, was born from the urge to make a hyper-feminine character like the pretty girls of 70s shoujomanga covers. It’s something for my child self. The Empress and The Tower refer to the two tarot cards I saw before beginning what I call my life as a seed in the wind. By sampling and collaging different cultural images, I am building a collection of positive resource states (I think ‘positive resource states’ is a term used in various behavioural therapies to develop healthy coping mechanisms for trauma) in a voice that feels truly my own in the current social climate that seeks to rapidly define blackness and the feminine in way that is easily consumed. With this honest voice, I am reminding myself of the beauty of uncertainty, as I process my personal experience of rootlessness and change.’

Recent solo exhibitions include mud & butterflies, Catinca Tabacaru, Bucharest, 2021; Now I only believe in…Love, Fortnight Institute in New York, Leave the thorns and take the rose, The Breeder Gallery, Athens, Greece, 2020 and Anunu: Boys’ Quarters Project Space in Port Harcourt, Nigeria 2019. Selected group shows include Never Done: 100 Years of Women in Politics and Beyond, The Frances Young Tang Teaching Museum and Art Gallery at Skidmore College, Saratoga Springs, New York, 2021 and Alien Landscape, 303 Gallery, New York, NY. She has lectured and exhibited internationally and is in the process of illustrating a children’s book written by Kevin Young, poetry editor of The New Yorker and director of the Smithsonian Institution National Museum of African American History with Make Me A World, an imprint of Penguin Random House books curated by artist Christopher Myers.