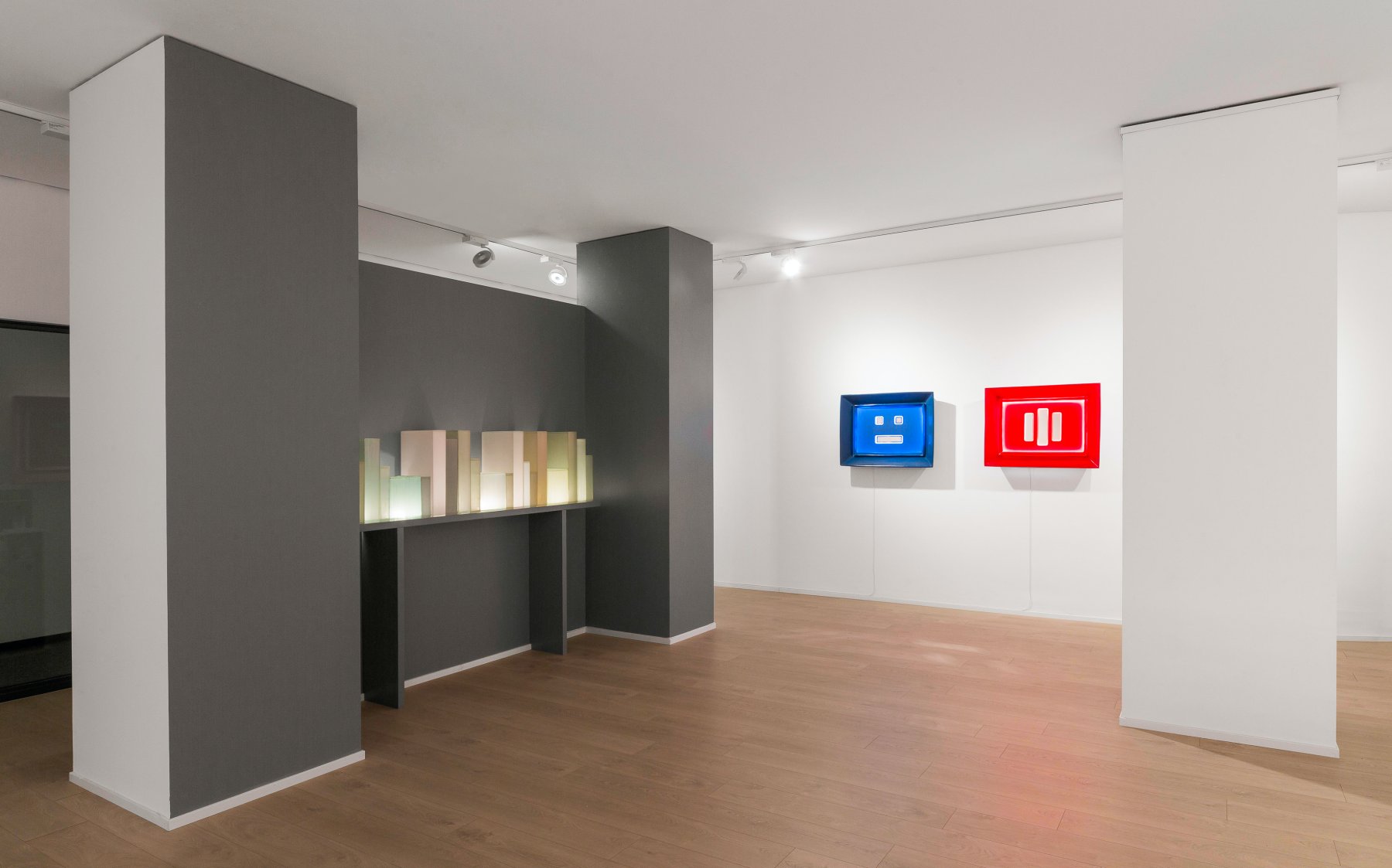 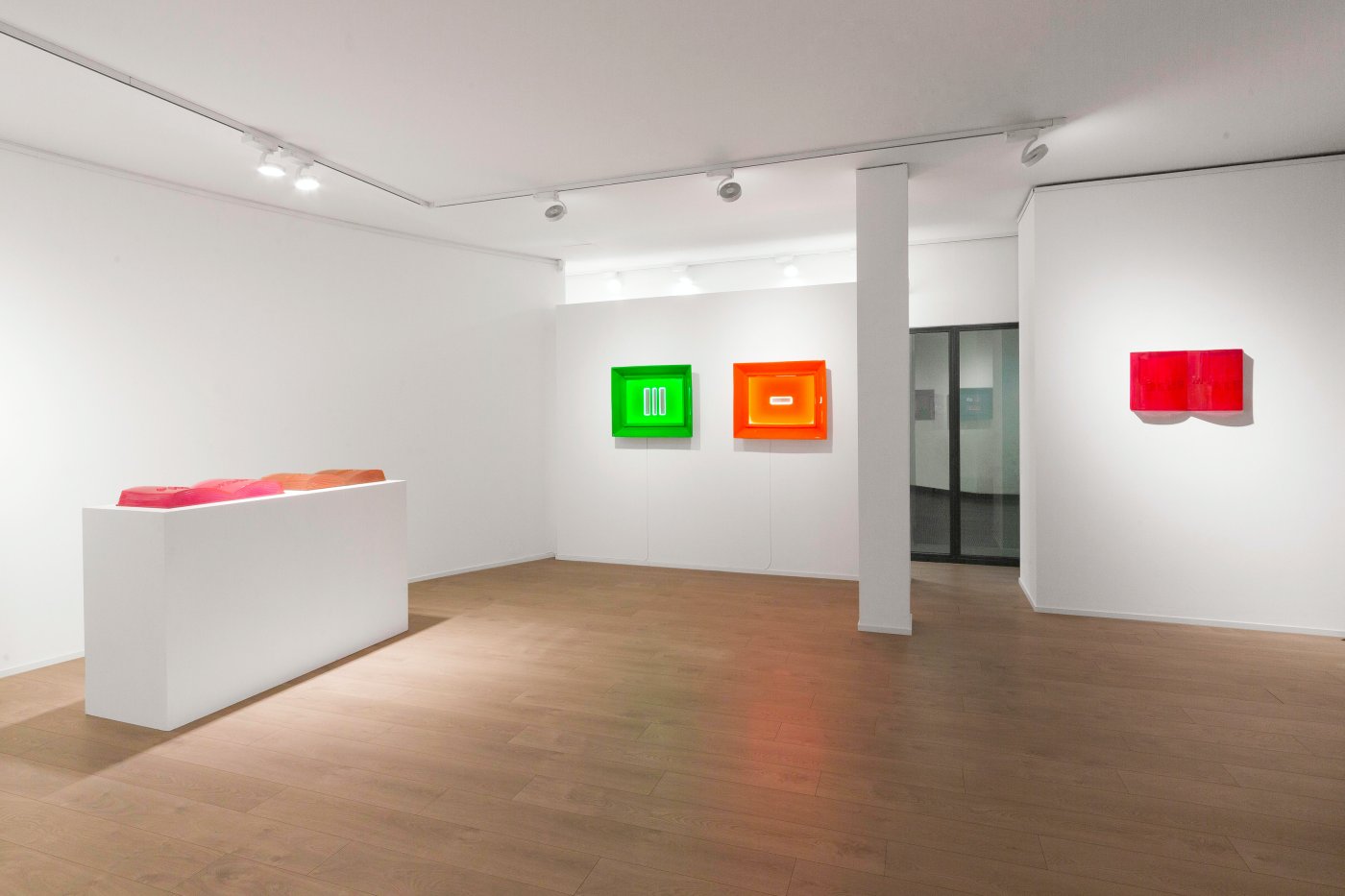 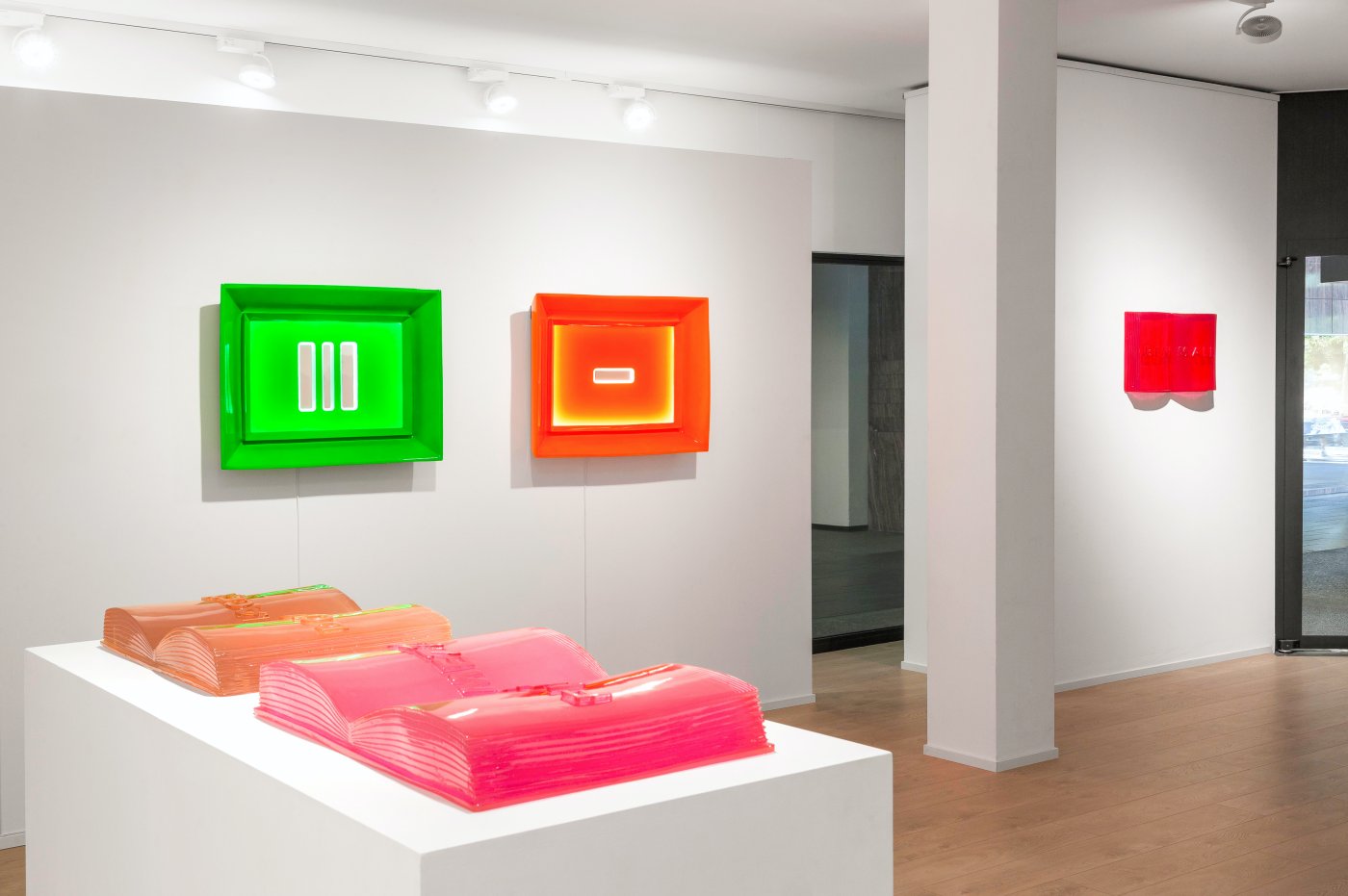 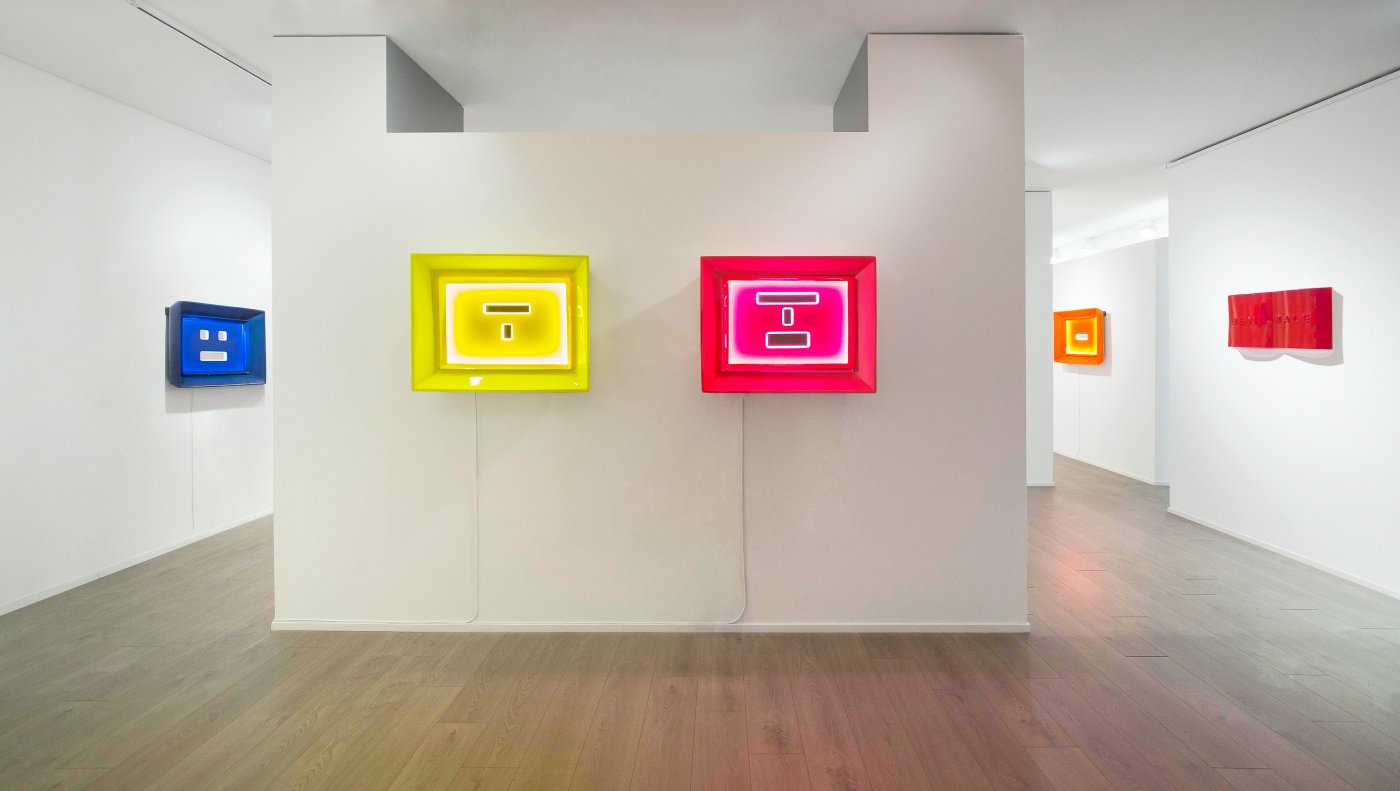 Giuseppe Panza di Biumo has defined Chiara Dynys as “a light artist”, and the exhibition presented today at Galleria Cortesi in Lugano vindicates that title. Dynys proposes a selection of recent works featuring projected light or light emanating from the colour of the material, along with the first examples of a series never before seen by the public.

The books in her Tutto series (since 2015) are displayed open to pages with two contradictory words seen in relief, whose opposing meanings neutralize each other, prompting a reflection on the “infinite vanity of it all” cited by Giacomo Leopardi. Enlightening Books (since 2010) consists of twenty elements made of opaline glass, sandblasted and hand-painted in various shades of white. Unlike the Tutto books, these books are displayed closed, upright and aligned as they would be on a bookshelf. Resistant to being read, lit from behind and of the utmost elegance, they provide a visual metaphor for knowledge as light that reveals, that can lead us to truth and overcome the ambiguities hidden within language. Fluo S.T. begins the unpublished series mentioned above, conceived in 1996 and realized for this exhibition. As with Tutto, the material used is methacrylate, a very malleable industrial product that can easily be given different forms and a wide spectrum of colours. While the Books literally emanate light into the surrounding space, operating actively on how it is perceived, with Fluo, the light is seen held within the colourful material from whence it emerges as luminescence or a halo or trail.

The Fluo S.T. are florescent plexiglass frames enclosing rectangular surfaces of the same material into which are cut reflective inserts that look like slits opening onto a supposed “elsewhere”. There is no such place, however, for when observers venture up close, they see only their own gaze reflected back at them. In fact, mirrors appear frequently in Dynys’ work, a presence almost as central as light. While light is assigned a role that potentially disturbs perception, the mirrors call us back to the here-and-now in which find ourselves, to our own dramatic presence.

Concluding this brief review of the artist’s latest works is the Murano glass sculpture Giuseppe’s Door, a medium-sized version of the monumental door installed by Dynys in the park of Villa Panza in Varese.
Giorgio Verzotti