Modern Art presents an exhibition of works by Charlotte Posenenske for Condo London 2019 in association with Galerie Mehdi Chouakri, Berlin. 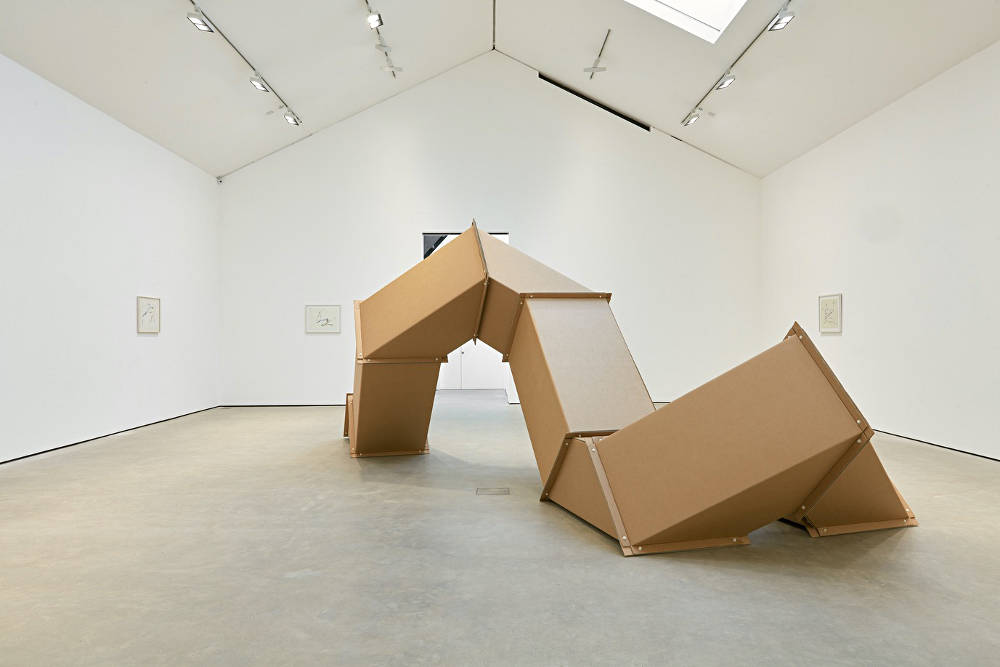 Charlotte Posenenske (b. Wiesbaden, 1930, d. Frankfurt, 1985) made pioneering contributions to Minimalist and Conceptual art during her short-lived artistic career. Rediscovered only posthumously, her predominantly sculptural output has influenced younger generations of artists since the 1990s.

The terms democratisation, variability, participation, and cooperation are crucial to an understanding of Posenenske’s work. Envisioning art as a social and participatory act that should be opened to wider public engagement, rather than a product defined by transactional values between individuals, Posenenske produced large-scale sculptural works that were functional and easy to install, including non-figurative panels, folded and tilted works, reliefs, and square tubes in steel and cardboard. She determined not to restrict the number of elements produced, and matched their retail prices to their manufacturing costs in order to undermine the compulsory capitalist value-added system of the art market.

Following considerable critical attention and in the wake of the political events of 1968 and the rise of the ​‘art market’, Posenenske published a manifesto statingthat art did not have the sufficient impact to solve urgent social issues. The document, which in turn marked her withdrawal from artistic production, concludes:

I find it difficult to come to terms with the fact that art can contribute nothing to the solution of pressing social problems.

Posenenske turned instead to sociology, attending Theodor Adorno’s class at Frankfurt University, before working in close collaboration with labour unions until her death in 1985. During this period, she refused to exhibit her work, and it is only in recent years that her significant contributions to sculpture, and in particular to socially-engaged art, have become clear.

The exhibition at Modern Art will comprise works from three key facets of Posenenske’s practice. Early works on paper from the 1950s demonstrate her exploration of the spatial qualities of the pictorial surface, informed by an interest in painters such as Cézanne and Mondrian. These works also indicate the beginnings of the de-subjectification of the artwork, and the distancing of the artist’s hand.

The Series B Reliefs, 1967, a group of sheet aluminium sculptures of elementary forms in primary colours, are among her earliest sculptural works. They were conceived as modular components with a degree of interactivity, allowing them to be hung in free combinations and orientations, with the intention of initiating a dialogue with the surrounding architectures.

The Series D Vierkantrohe (Square Tubes), 1967, are made of galvanized metal sheets and recall ventilation ducting. Here, Posenenske turned to industrially fabricated materials in the spirit of American counterparts such as Donald Judd and Richard Serra, signalling her abandonment of the individual artistic gesture. Similarly, the Series DW Square Tubes, also 1967, constructed from corrugated cardboard, are mass-produced and modular elements. It was Posenenske’s ambition that they be transformed at will, and activated with audience participation. This participatory element of Posenenske’s work invited discussions on authorship, and highlighted the social and political doctrines she would later devote her life to. 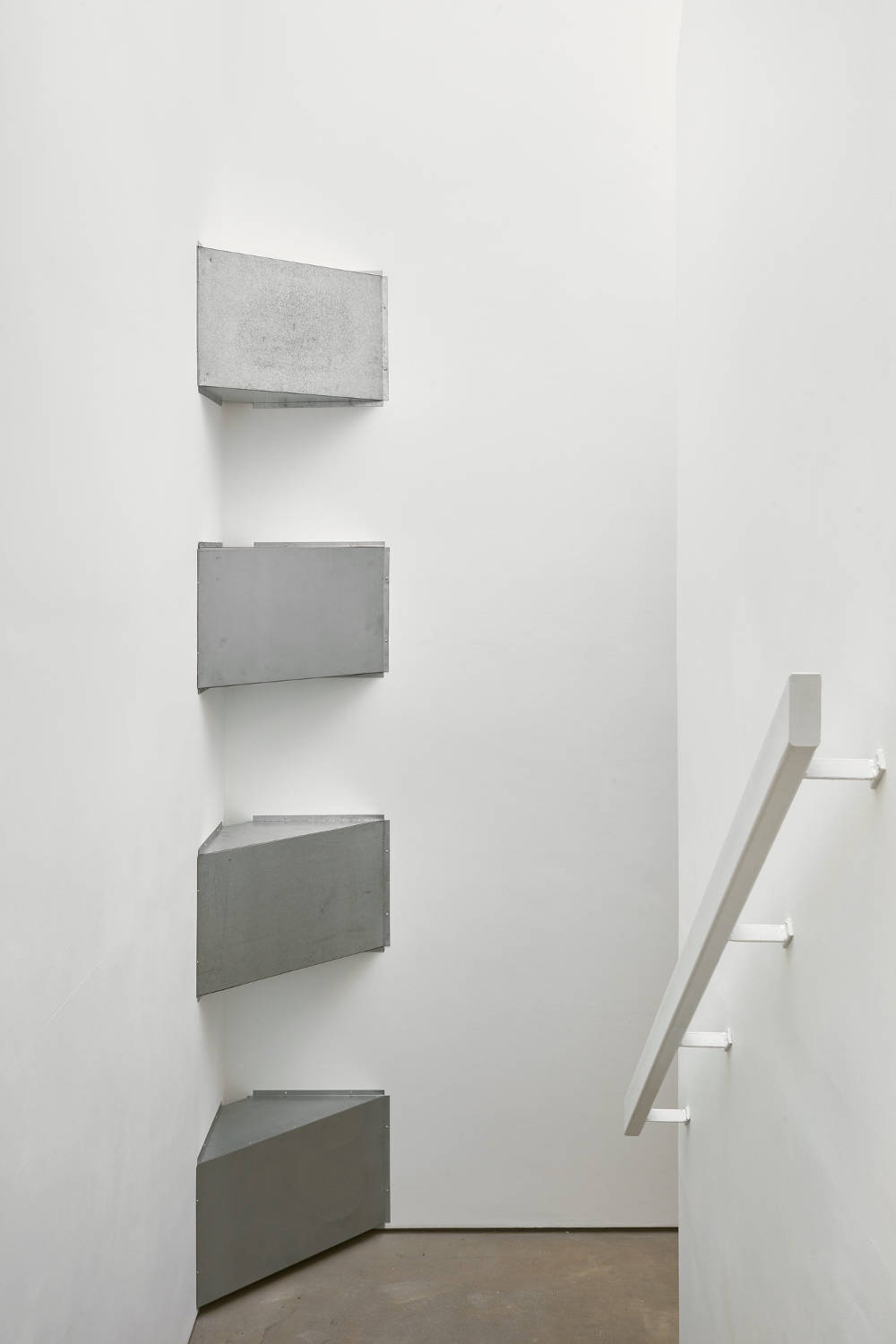 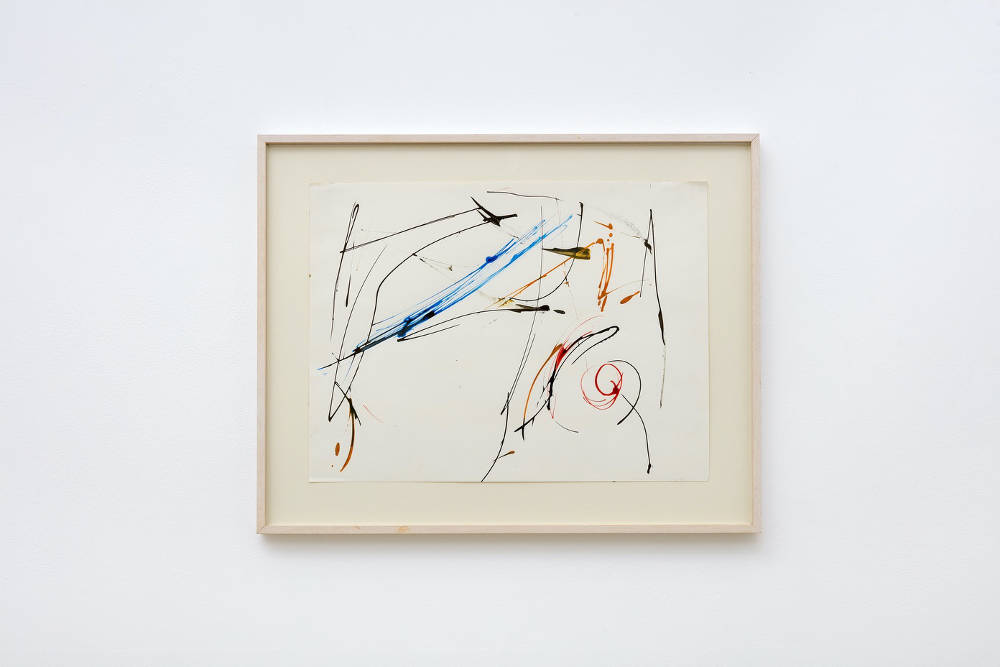 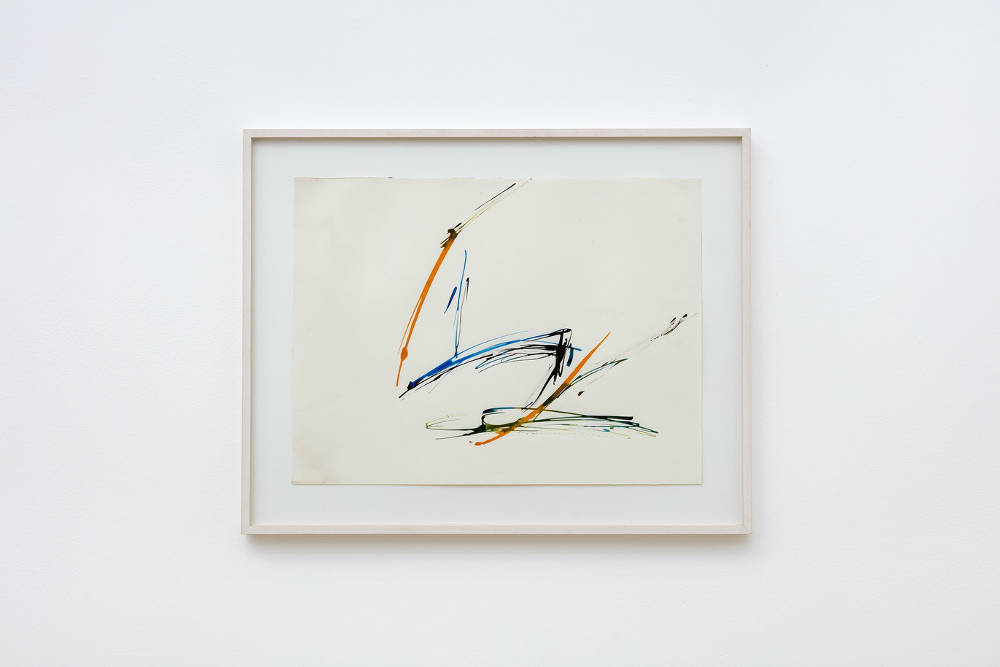