SOLO expands upon … Dust and Shadow… Space and Time…, an exhibition by Swedish artist Charlotte Johannesson held in the Upstairs gallery earlier this year. 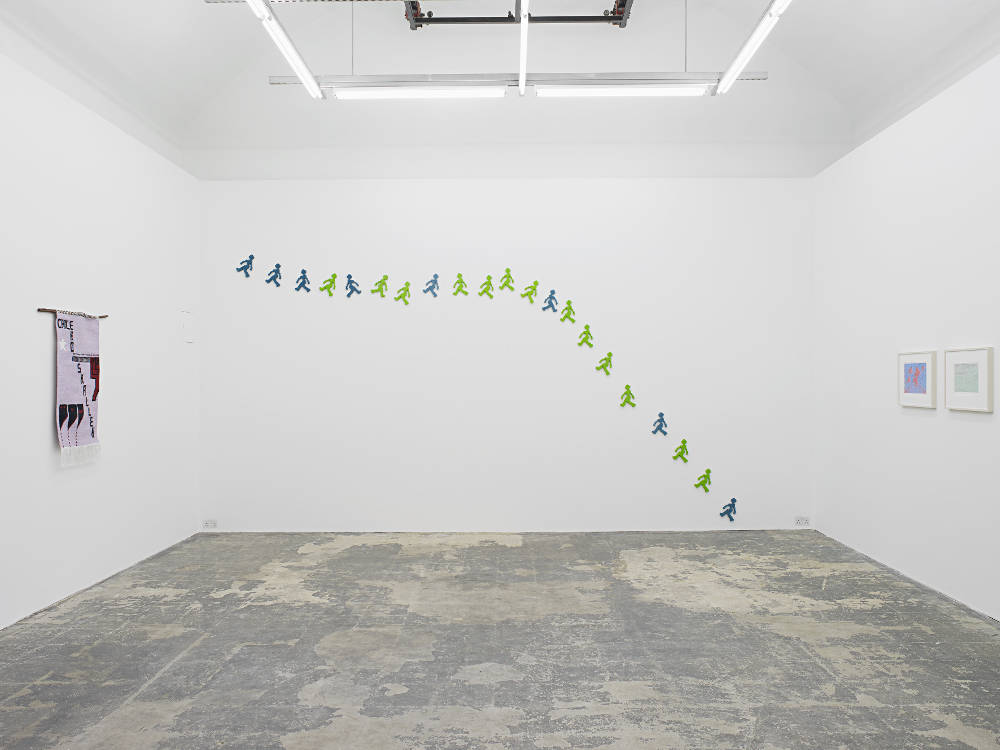 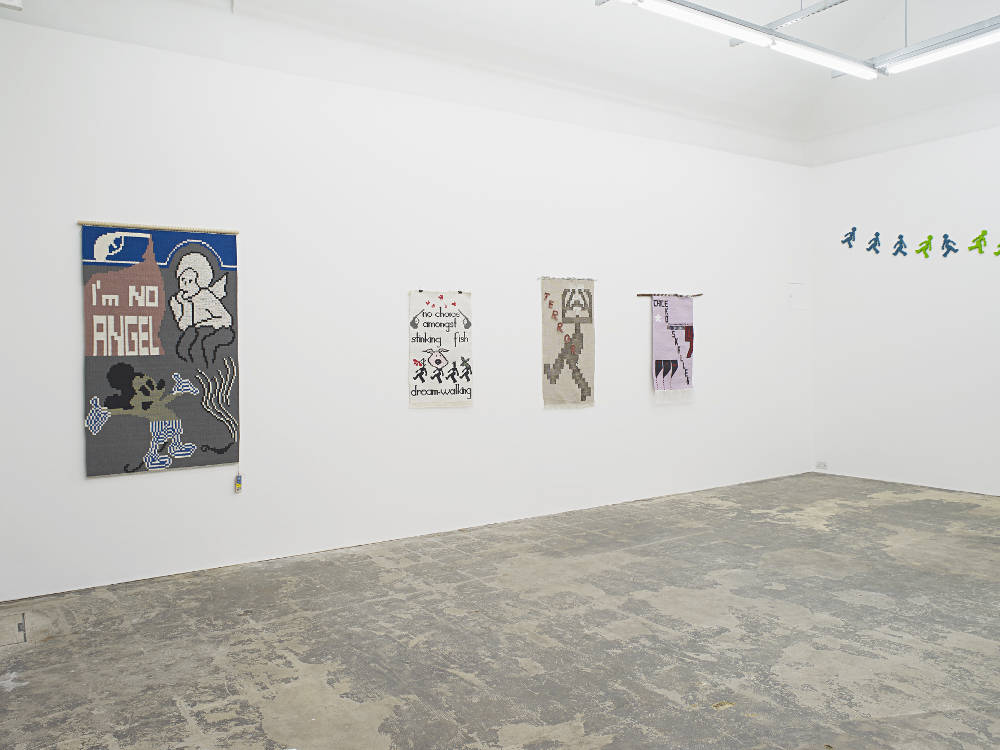 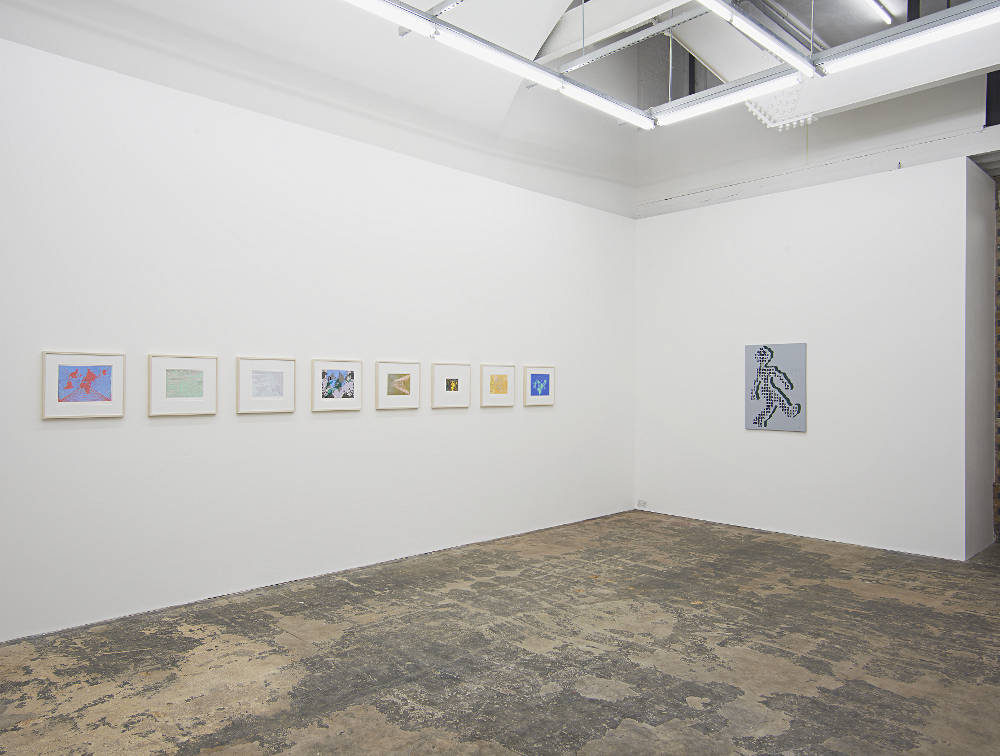 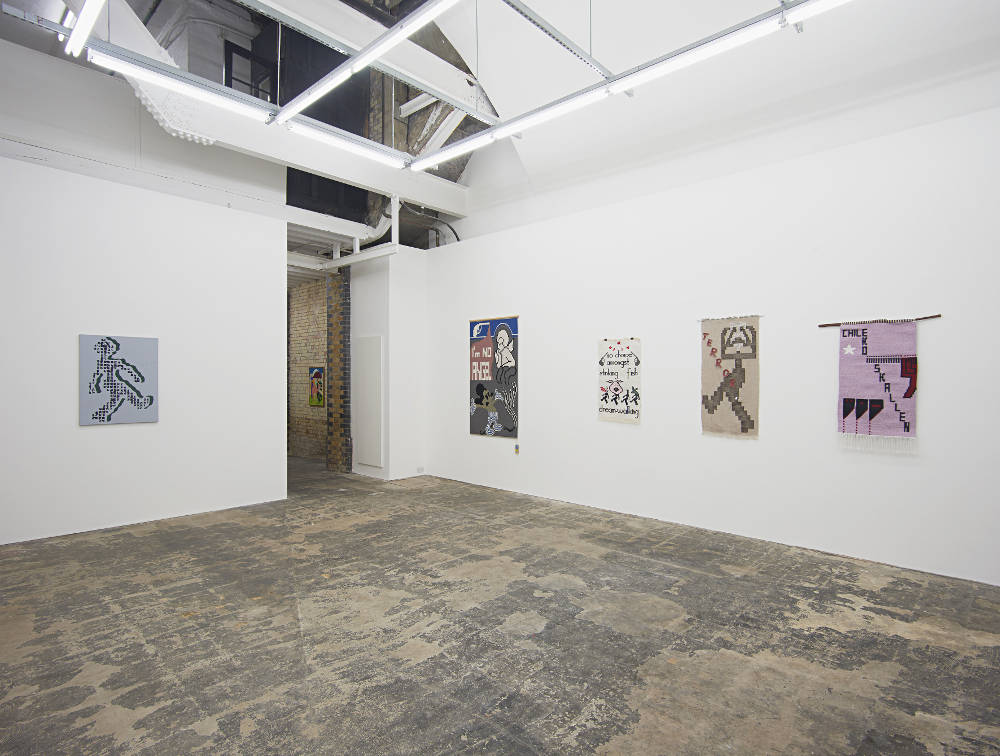 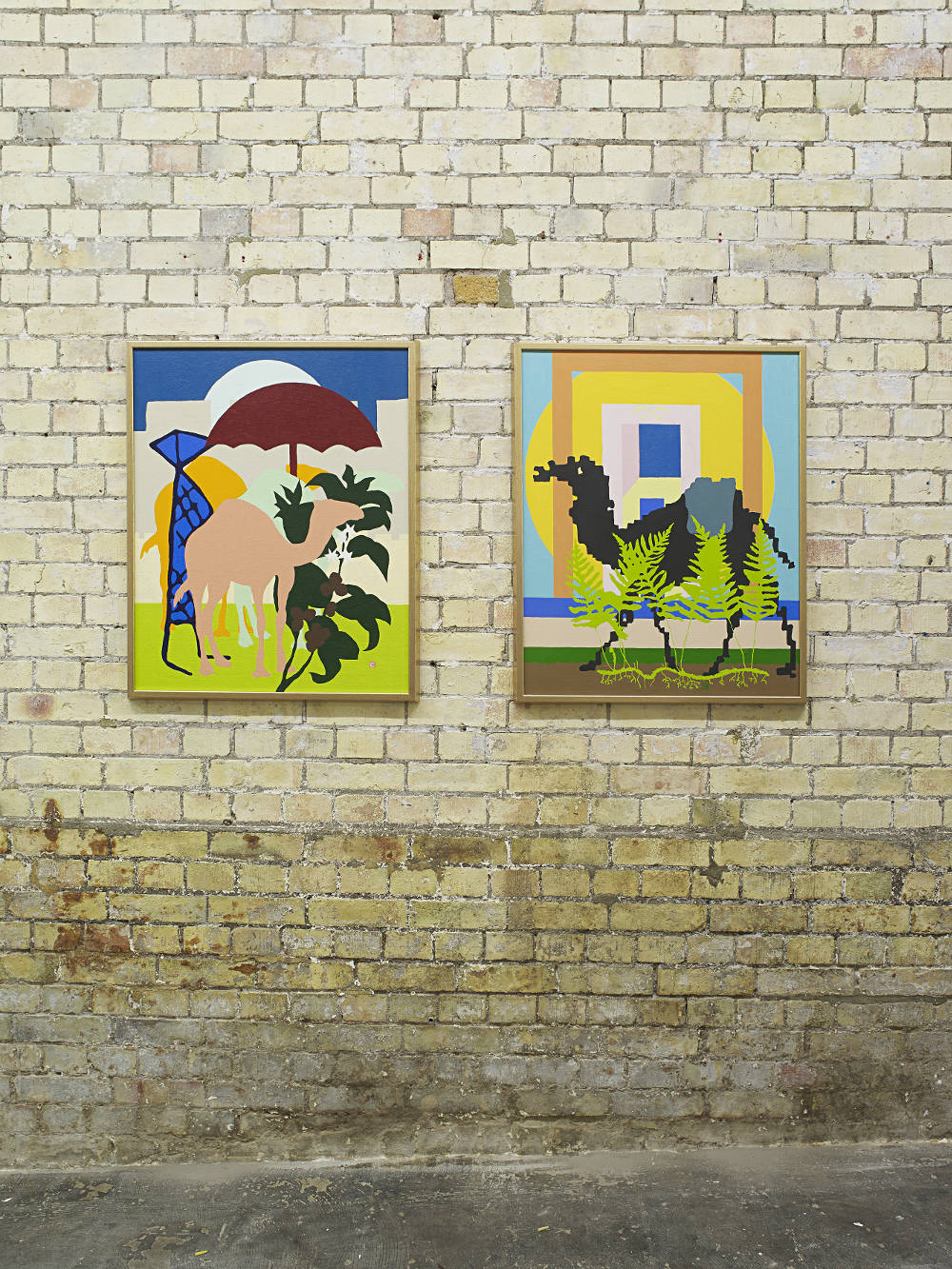 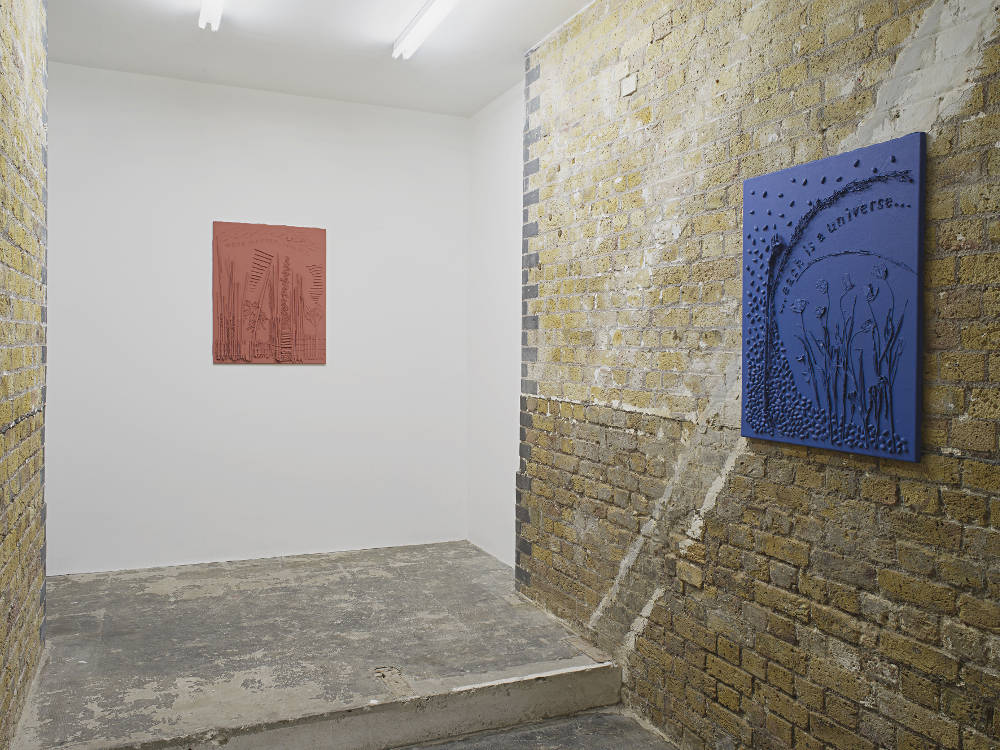 Where the first exhibition introduced Johannesson’s practice through a presentation of early works (a series of plotted prints from the 80s and a single weave from the 70s), SOLO provides further insight into her practice.

Johannesson trained as a weaver in the 60s and started to make tapestries as art in 1970. Fascinated by the relationship between computer programming and advanced pattern construction on graph paper, she used the loom to produce pixelated images referencing punk culture and the techno-utopian climate of the time. Her method of working synthesises digital and artisanal techniques to create pieces inhabiting an intervallic and transitory space. Traversing between the domestic and public, analogue and digital, as well as conventional gender roles, her practice sits within both social and political registers.

One of her main influences is the work of Hannah Ryggen, a mid-20th- century Swedish-Norwegian artist who advocated weaving as a medium for social satire and the successor of large format history paintings. Like Ryggen, Johannesson’s textiles combine images and text to convey political statements engaging with feminist causes and global events. The tapestry Terror, 1970/2016, speaks of a turbulent time – Rudi Dutschke, a prominent left-wing spokesperson for the German student movement, survived an assassination attempt in 1968, Derry was unstable, and Bernadette Devlin incarcerated in 1970. In Chile Echoes in My Skull 1973/2016, Johannesson positions herself as a tormented witness, weaving an image of blood flowing from the open veins of Latin America on the occasion of General Augusto Pinochet’s 1973 military coup.

In 1978 Johannesson decided to exchange one of her big weaves I am no angel for one of the first personal computers, an Apple II Plus, and teach herself how to programme. Together with her partner Sture Johannesson, she established Scandinavia’s first microcomputer graphics studio, The Digital Theatre(1981-85), at a time when graphics programmes did not exist. Her digital images, all made between 1982-85, have the same number of pixels as her loom – 239 pixels horizontally and 191 pixels on the vertical side.

The proximity between the artisanal digitalisation in Johannesson’s woven images with her digital works situates the 18th-century Jacquard loom in the same lineage as the computer, placing “women’s work” alongside rational science. Like the interlacing threads of tapestry’s materiality, Johannesson’s oeuvre challenges conventions by crossing the analogue and the digital to reveal the strength underpinning its connections.

As personal computers developed and programs for computer graphics were made available, Johannesson saw no point in continuing her computer works. In the 90s she embarked on a series of caravan paintings, each including a camel and a palm tree. Johannesson explains that she thinks of the caravan as the internet of ancient times as they facilitated communication across gigantic deserts. She is also fascinated by the singularity of the camel, their endurance and mysticism.

Amongst the recent works are two monochromes, one in blue and one in red, where organic matter such as plants and nut shells have been worked into the canvas by a layer of paint. Both works present a text – ‘each is a universe’ and ‘more matter, less art’ – revealing the artists captivation by and attraction to the material world that surrounds us.

A pixelated figure reoccurs throughout her practice. It can be found in the weave Terror from 1970, in several of the plotted prints, the installation of 3D prints, and in the new painting Human. Marching forward, this figure is suggestive of Johannesson’s underlying interest in the constant human quest for knowledge.

Courtesy of the artist and Hollybush Gardens. Photo: Andy Keate