Findlay Galleries presents Belvoir Castle – A Beautiful View by contemporary British Impressionist Charles Neal. In this exhibition, Neal‘s paintings not only reveal the profound beauty of its castle gardens and its regal interiors, they also reveal the long history embedded within them. Charles Neal once again impresses with his ability to synthesize both time and nature. 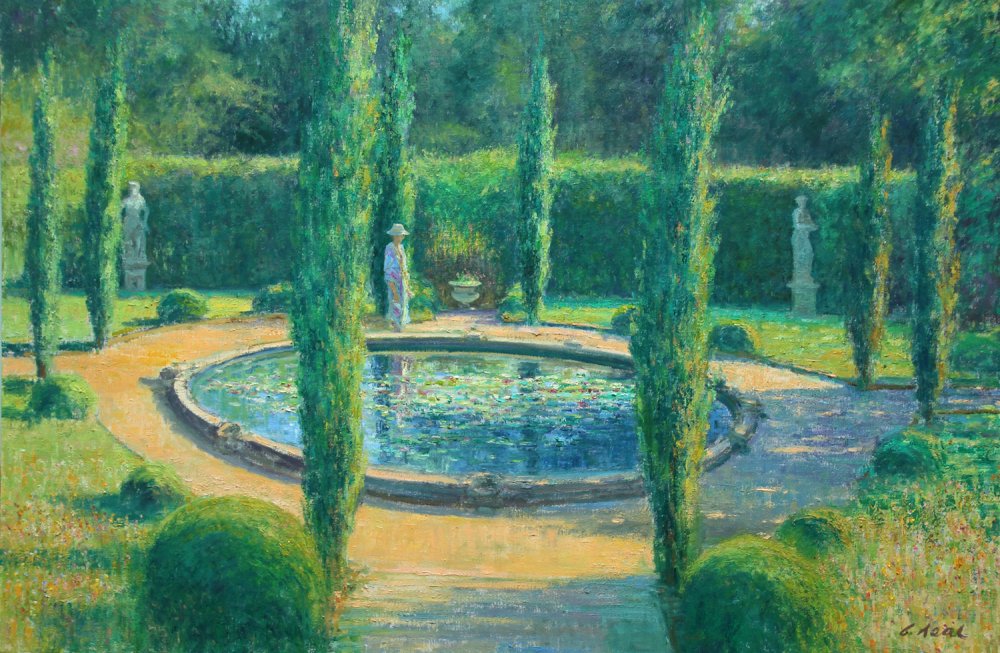 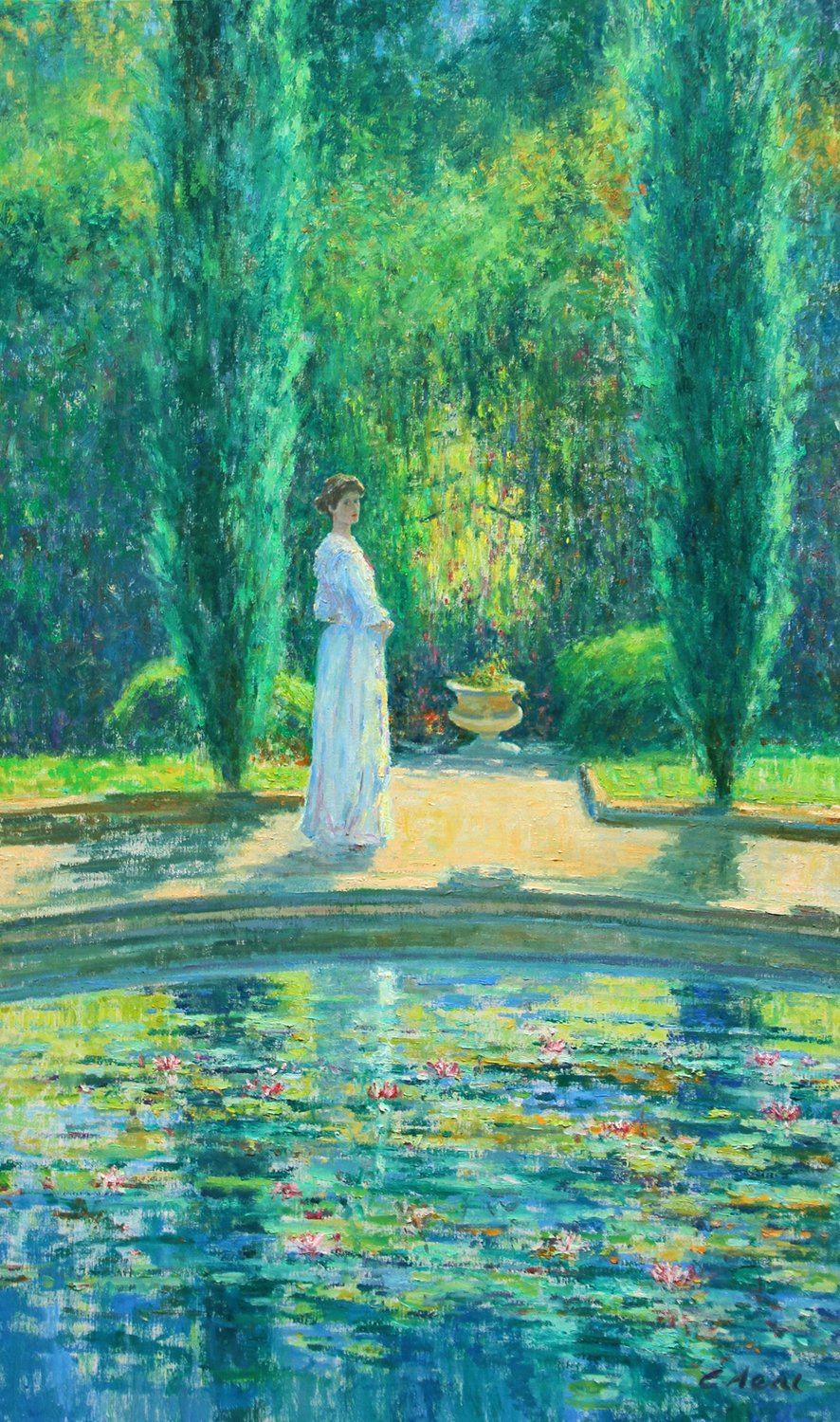 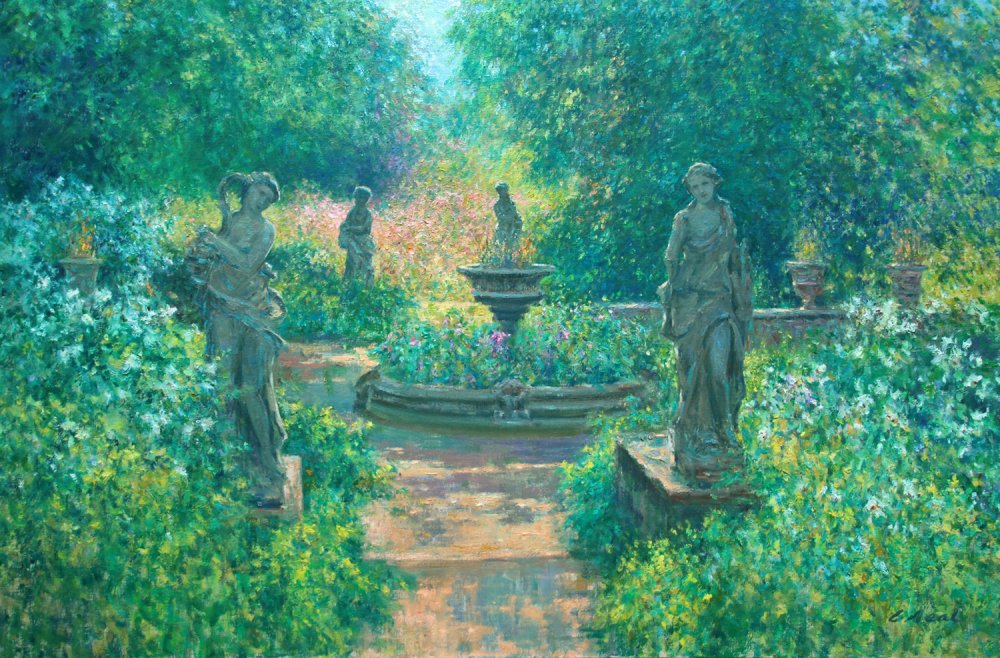 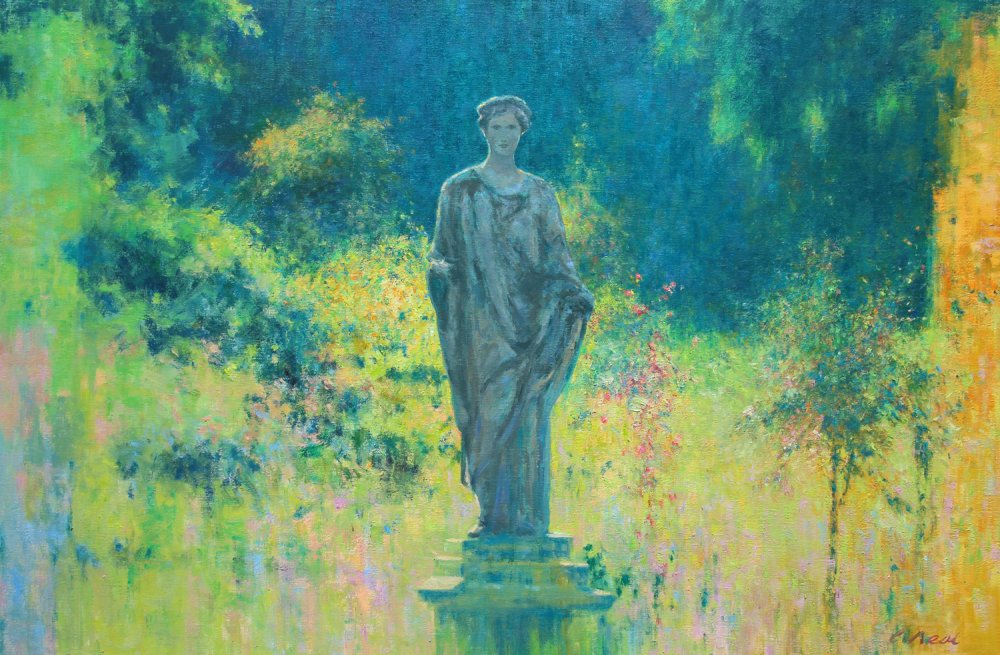 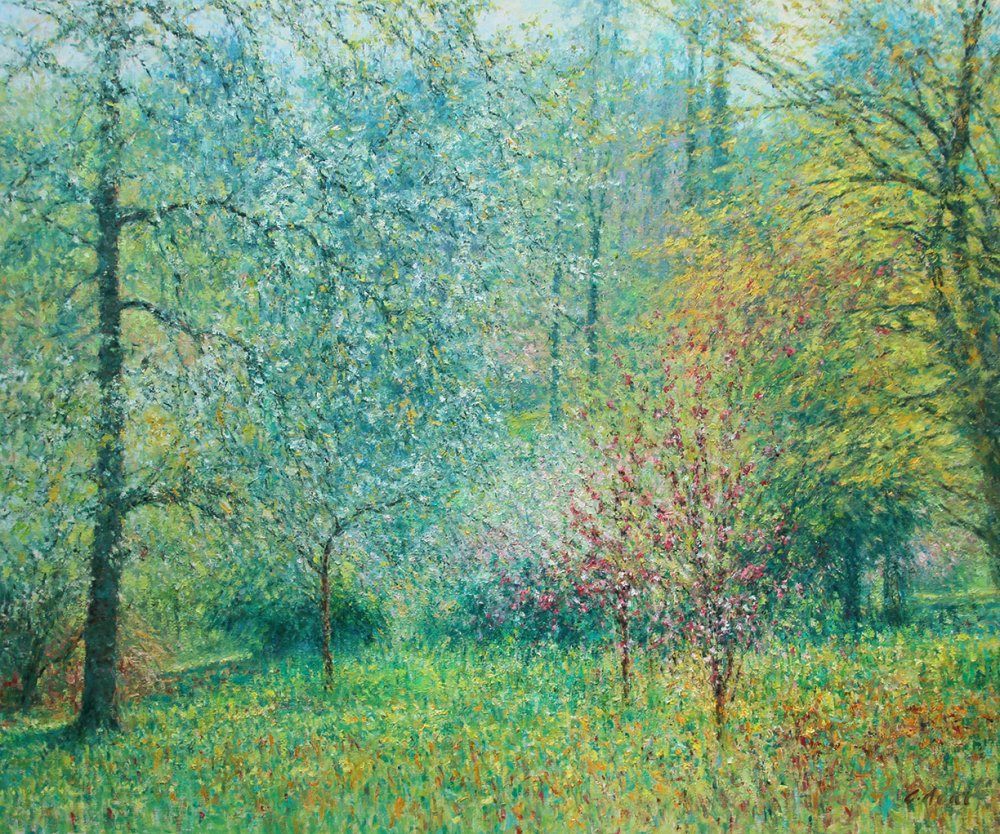 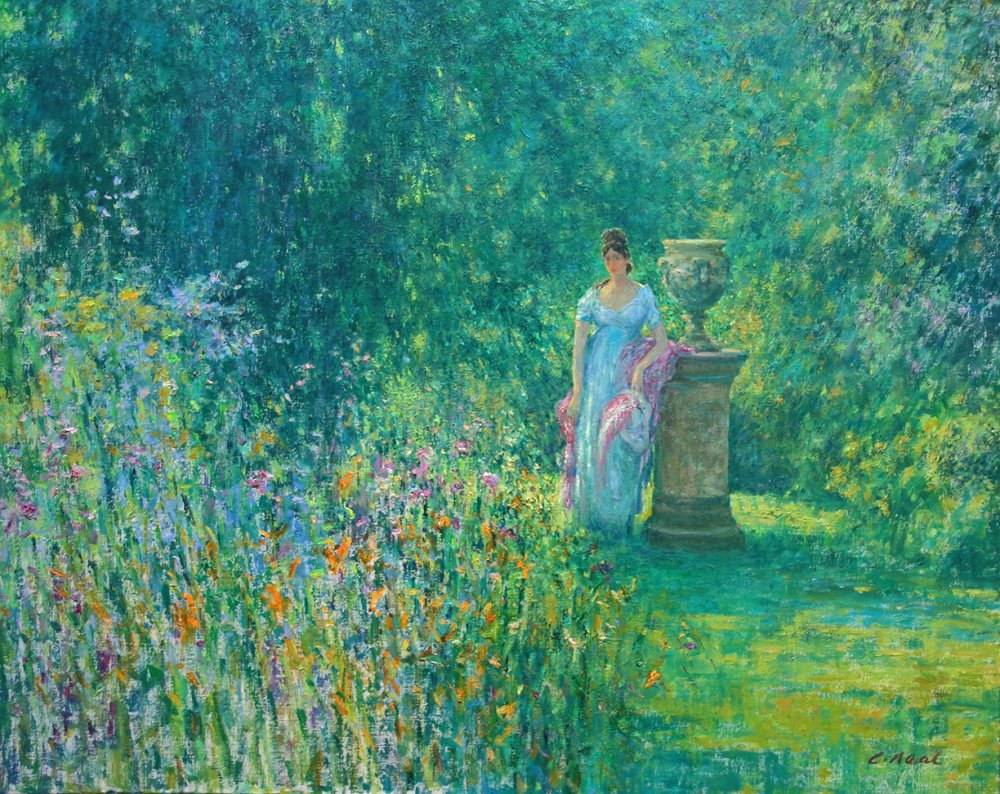 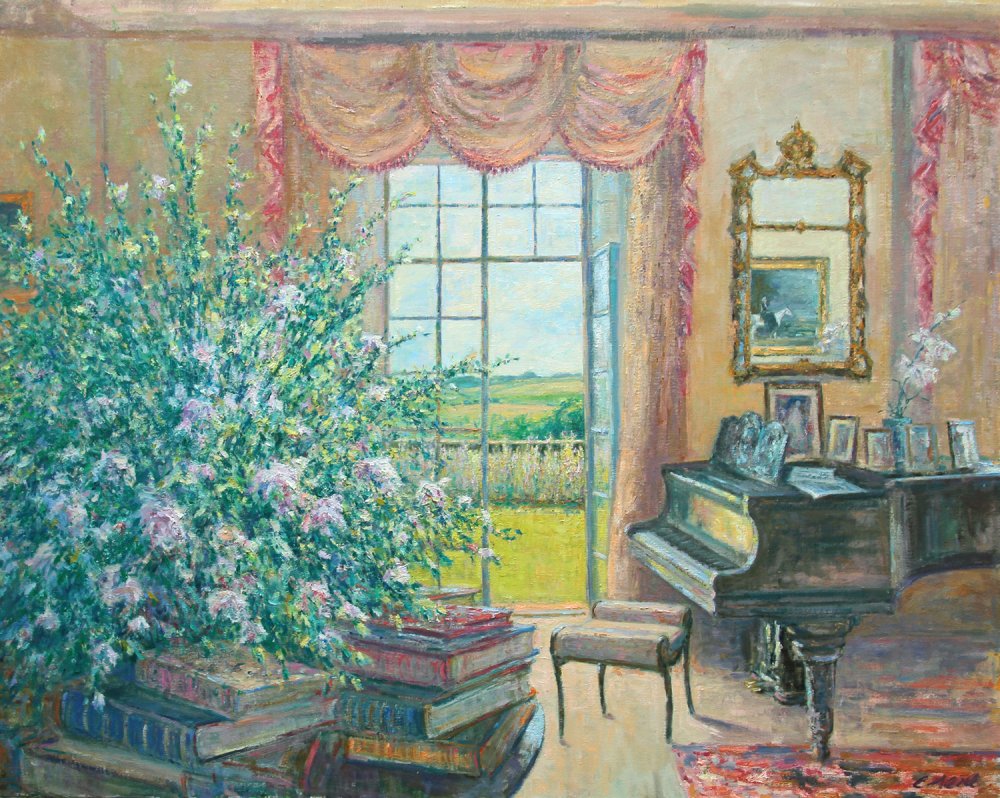 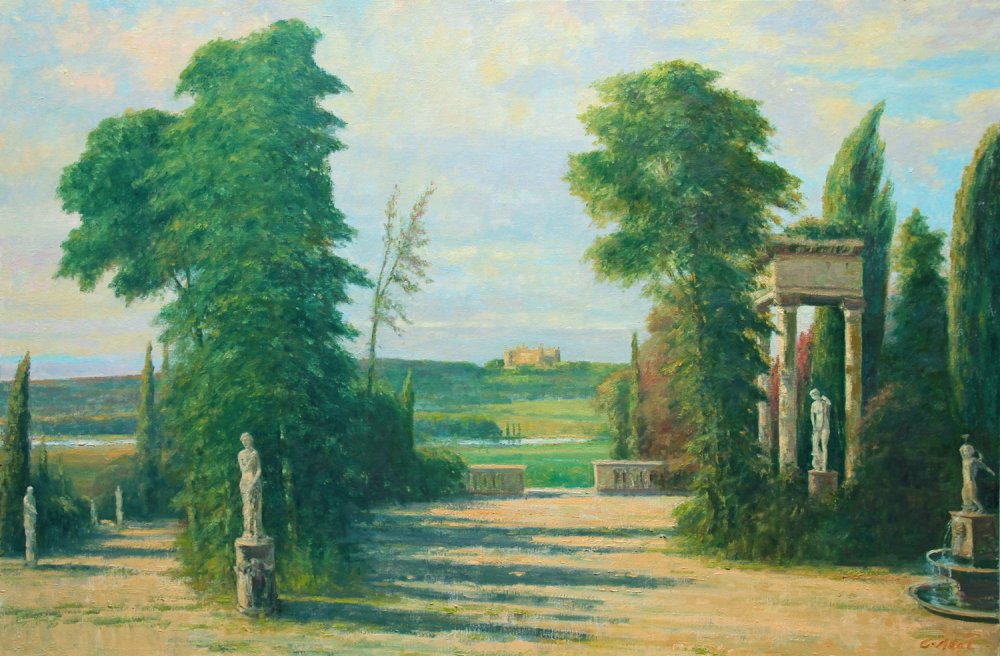 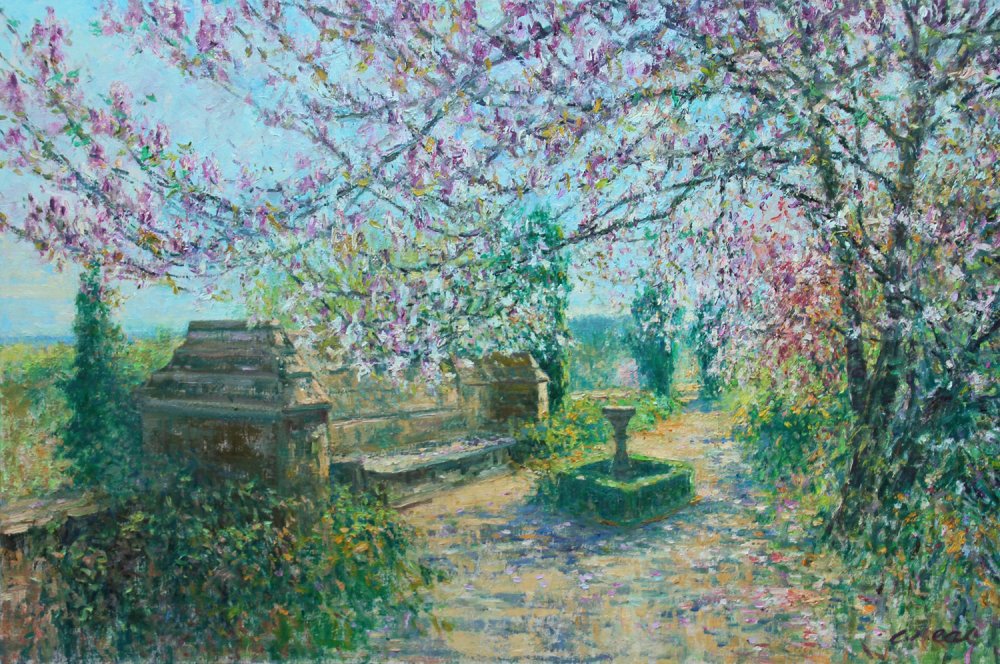 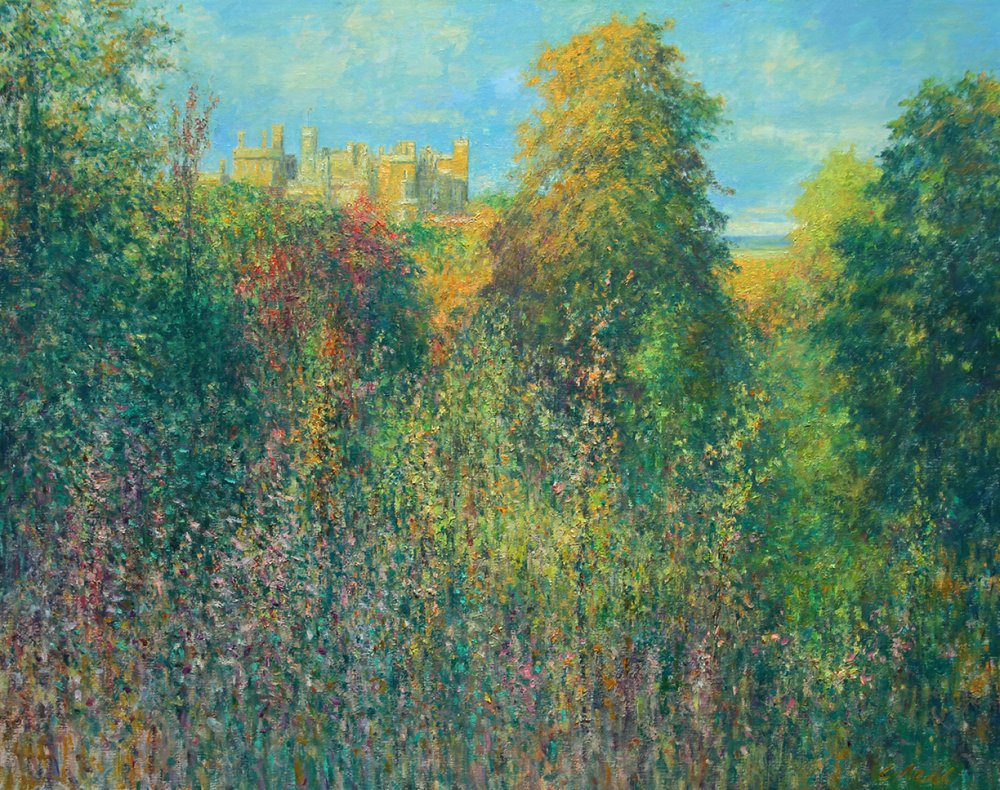 Charles Neal
View from the Mausoleum, 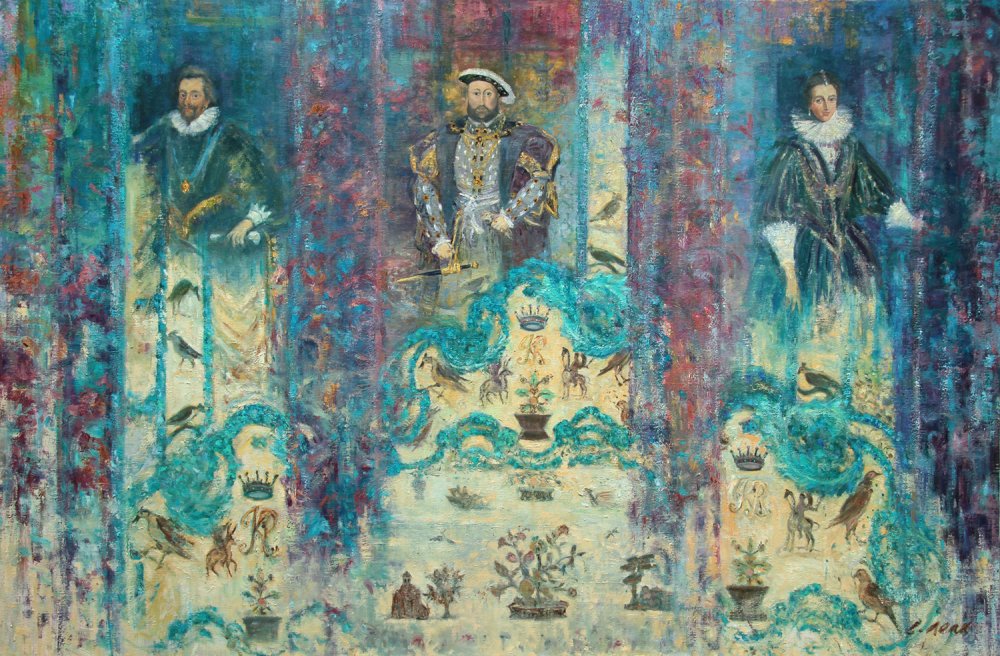 Charles Neal
Reflections - The Course of Destiny - The Integration of Fate, 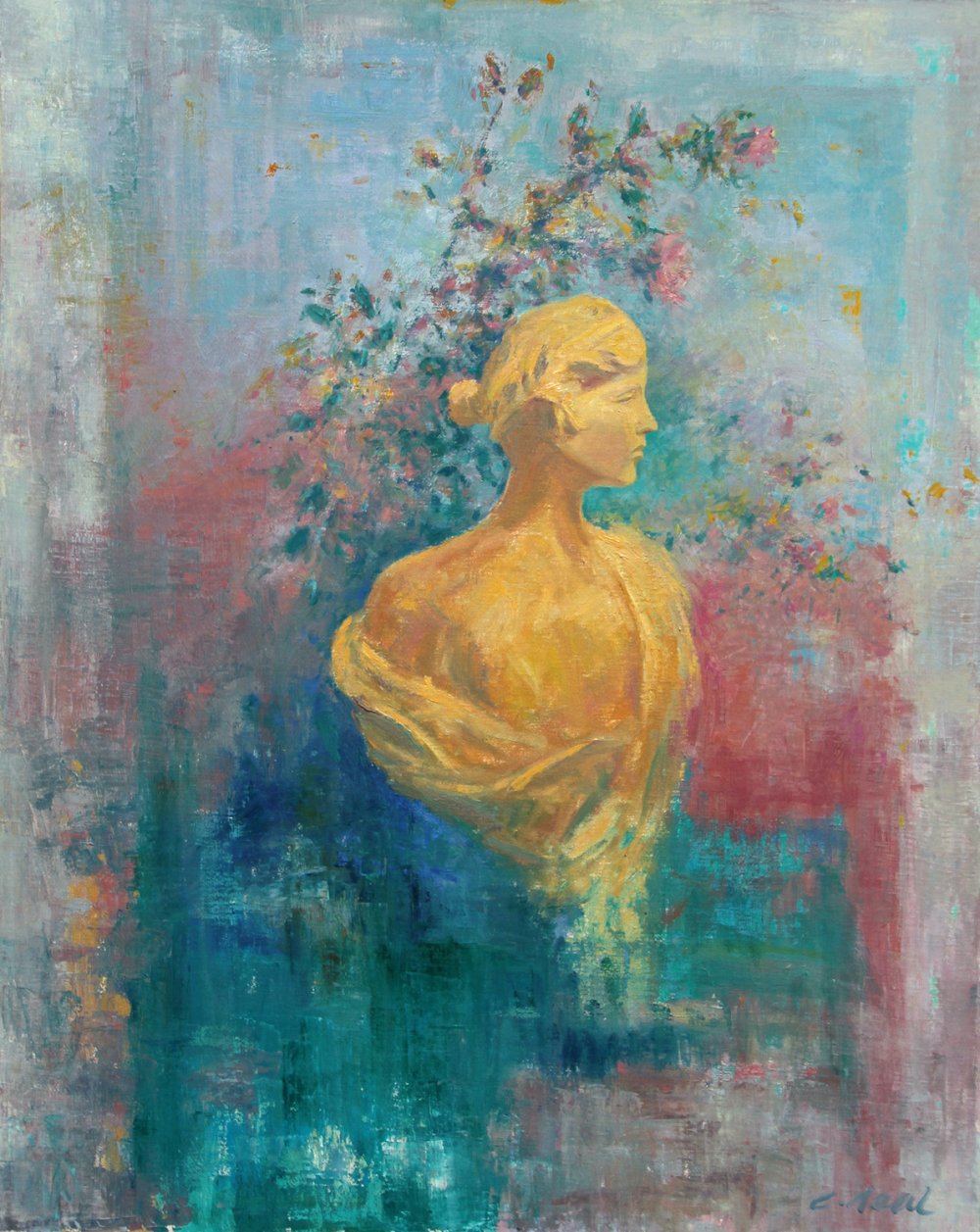 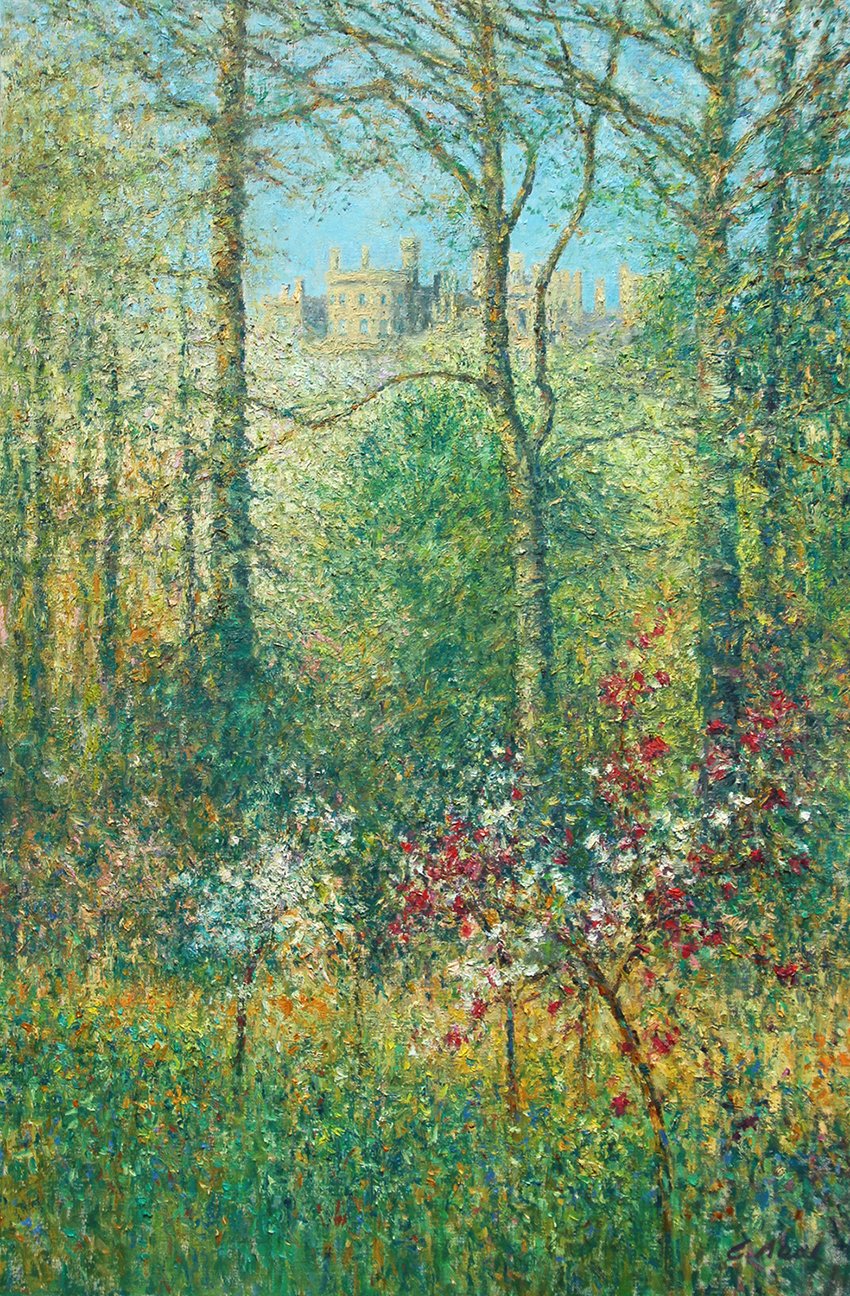 Charles Neal
View to the Castle near the Duchess Garden,

Charles Neal was born in Surrey in 1951. At the young age of 14, he began his formal study of art under the guidance of Malcolm Domingo and Frances Lane-Mason. The following ten years of Neal’s life were spent with these two artists, but at the age of 24, Neal decided to pursue his own personal style and technique, leaving Domingo and Lane-Mason, to travel throughout England and France for inspiration.

A few years later, Neal moved to the Cotswolds, where he immersed himself into nature. It was thus, the flora and fauna around him that would inspire his signature style. Neal is constantly thinking about the effects of time and the ever-changing nature of the world around us. Desiring to capture these specific moments in time, Neal began to paint his seascapes and landscapes as a way to record the countryside and coastline before they changed beyond recognition. Seasonal change, the different combinations of light and atmospheric effects at different times of the day all intrigued the young painter, challenging him to find innovative ways to portray the impact of time upon nature. The result is a style that blends realism and impressionism, closely focusing on light and shadow while utilizing precise subtleties in color.

As Neal’s confidence in his artistic style grew, so did his recognition in the art world. His work was sought after by collectors worldwide and has now been exhibited in galleries in New York, London, and Palm Beach. In 1994, when the Museum of Garden History hosted a show on Neal’s work, the Prince of Wales came to open the exhibition. Following this, Neal created a series of paintings of the English coastal landscape, displayed in an exhibition organized in conjunction with the National Trust as a part of a campaign to preserve the English coastline.

Following his success as a contemporary Impressionist, Neal was granted access to some of Europe’s finest estates and castles, providing him with the unique opportunity of painting some of the most private and elegant inner sanctums of European history, including the legendary gardens and landscapes that surround them.

In this exhibition featuring Belvoir Castle, Neal focuses on capturing the significant relationship between history and nature by bringing both elements together and sharing his vision of both the past and the present alike. Proudly, Findlay Galleries invites you to enjoy A Beautiful View, a collection of master works from our very own Charles Neal.