Galerie Max Hetzler presents Gridwork: Palm Canyon Watercolors, a solo exhibition by Charles Gaines, of new works in watercolour and ink on paper, composed according to a rational arithmetic system. This is the artist’s third solo exhibition with the gallery and second in its Paris location. In these works, Gaines continues to question the idea, prominent in 20th century art, that subjectivity, imagination and individual expression are at the origin of the creative process. 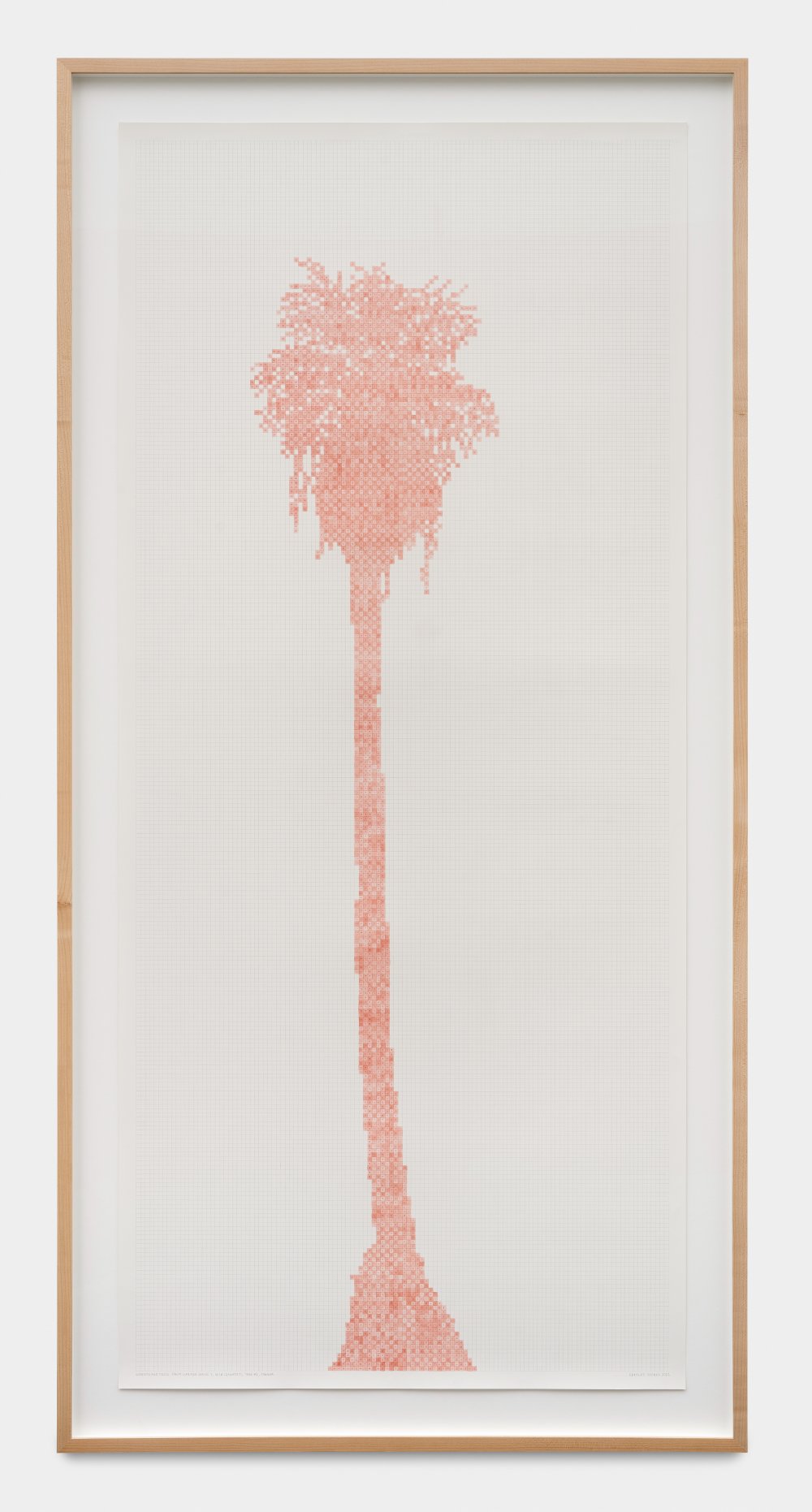 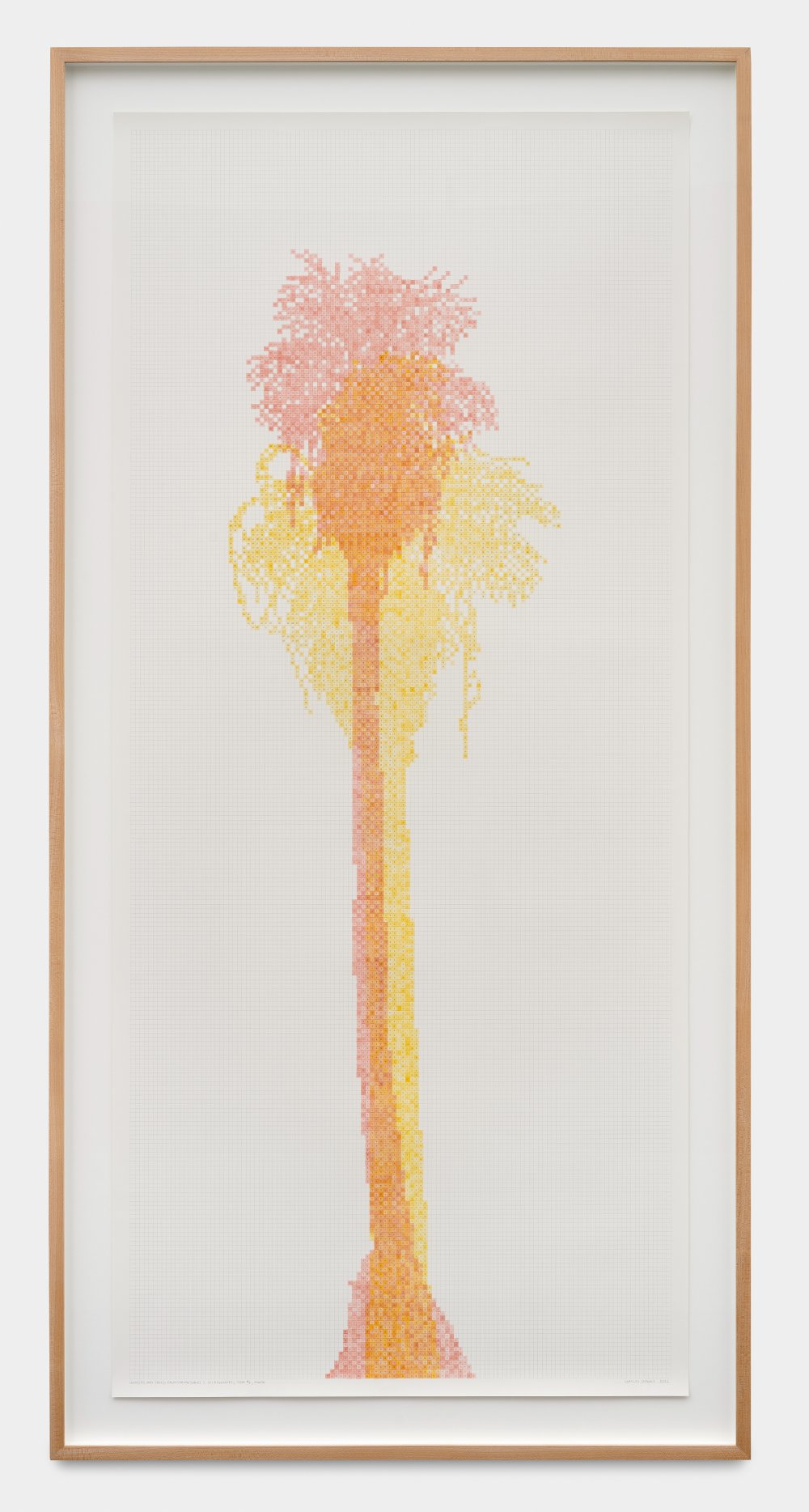 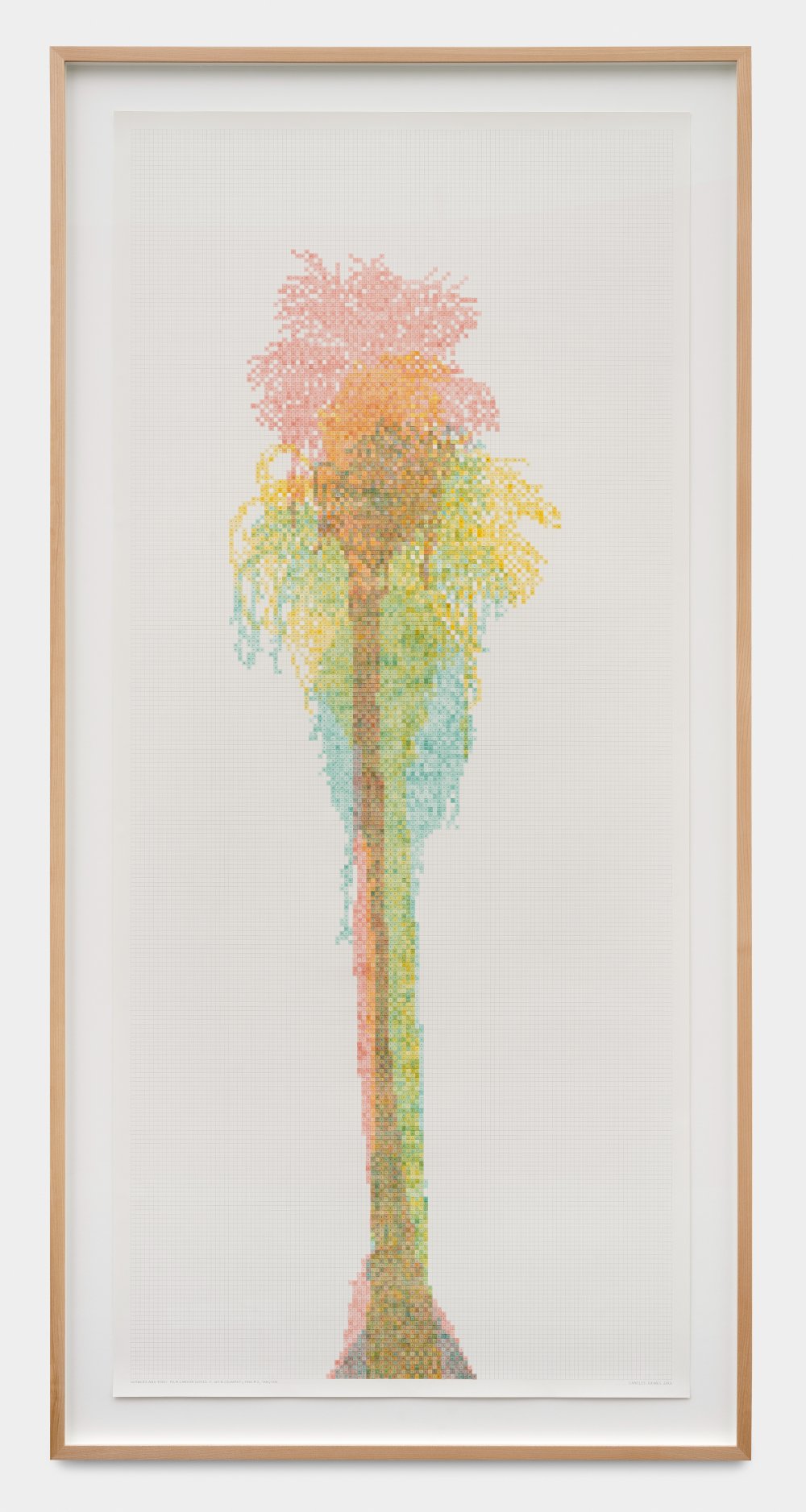 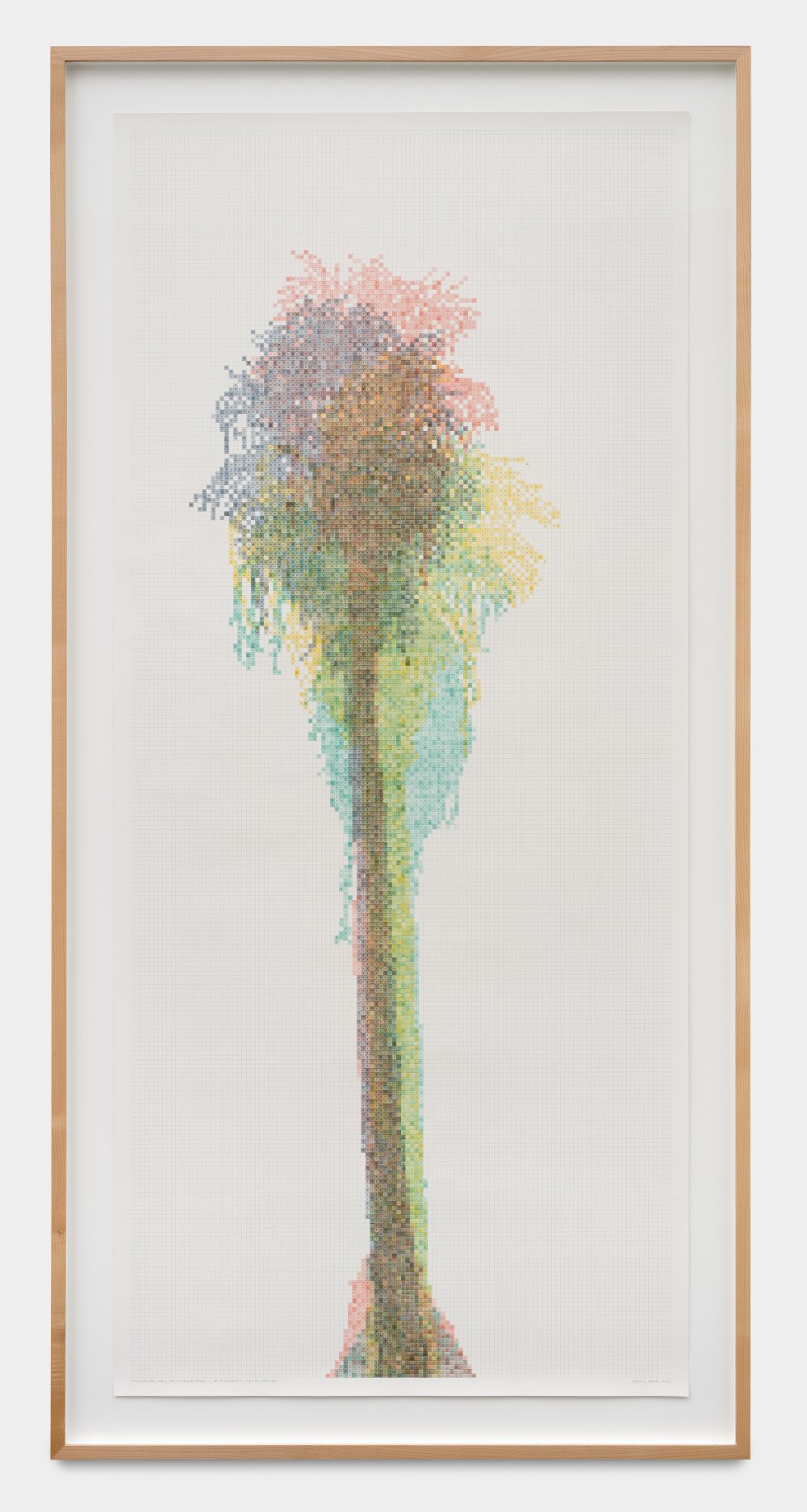 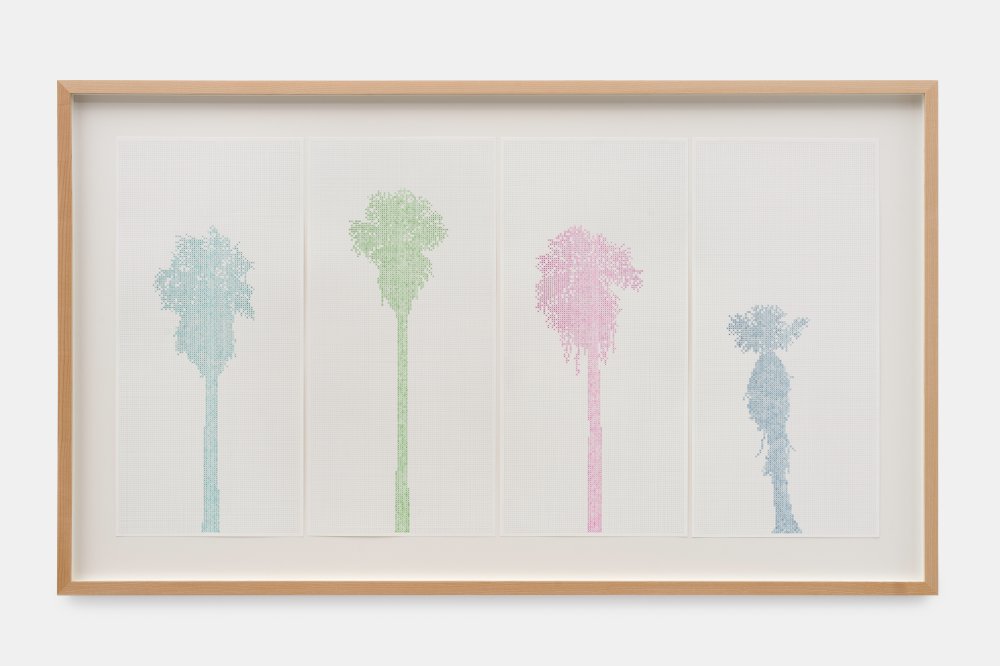 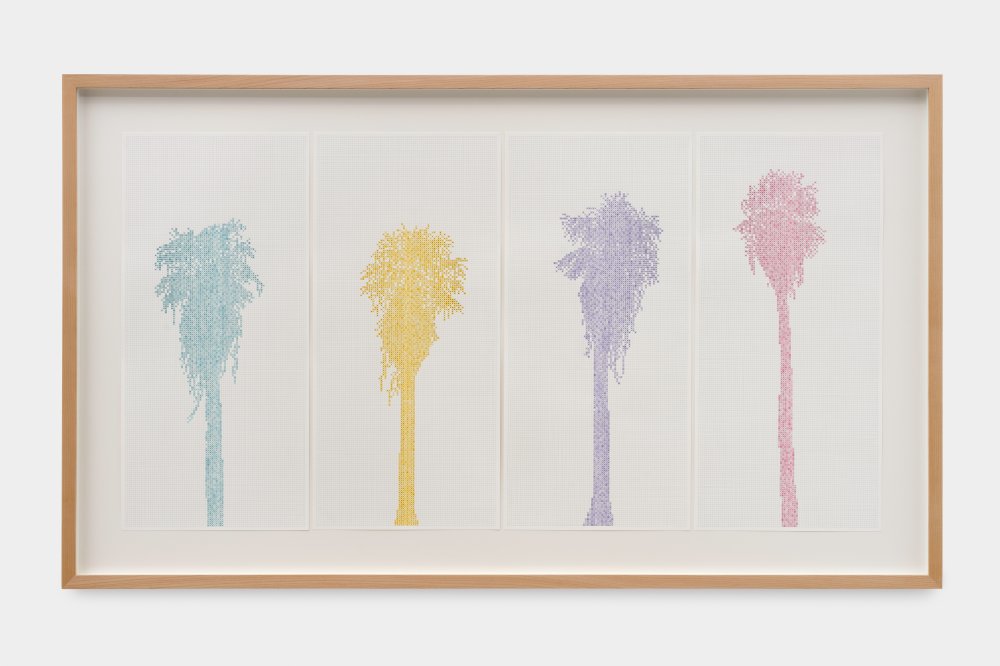 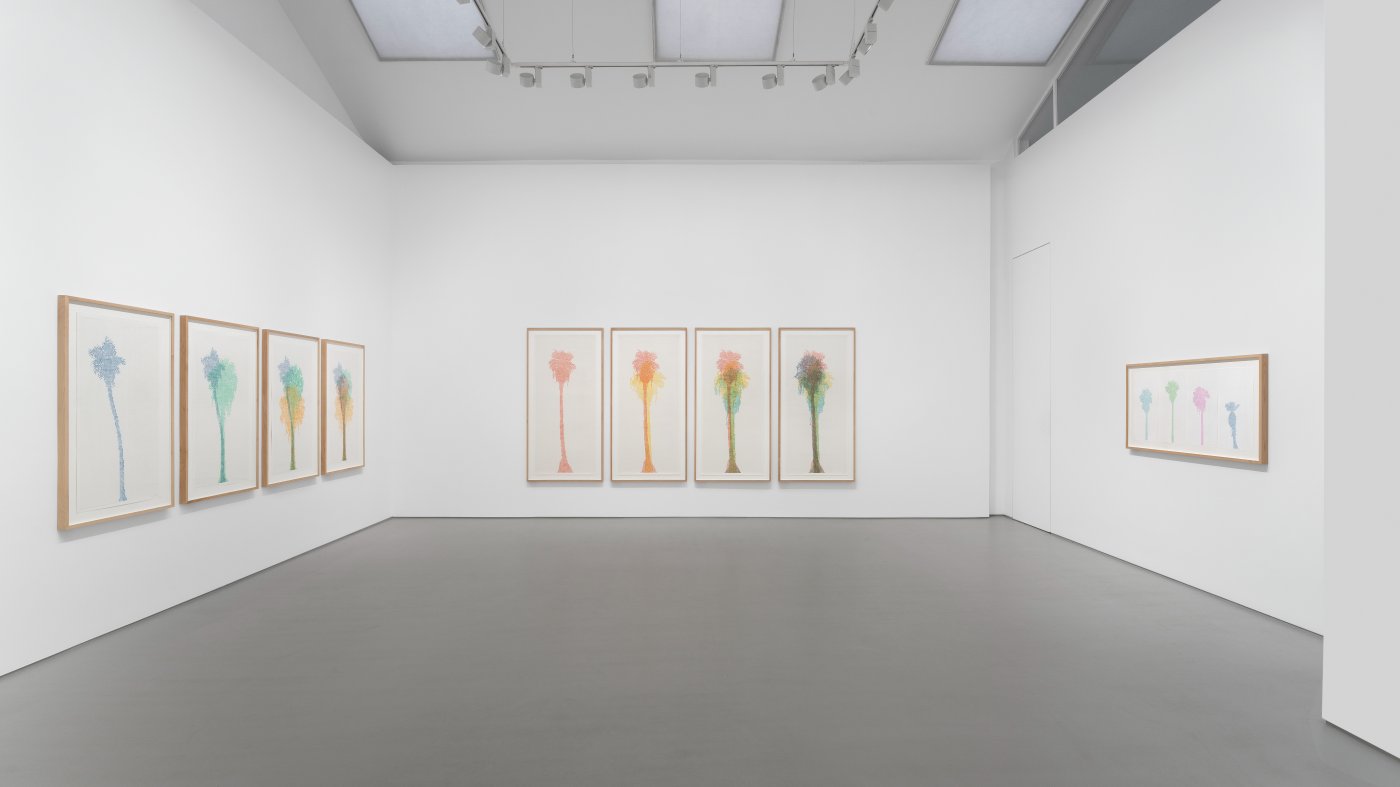 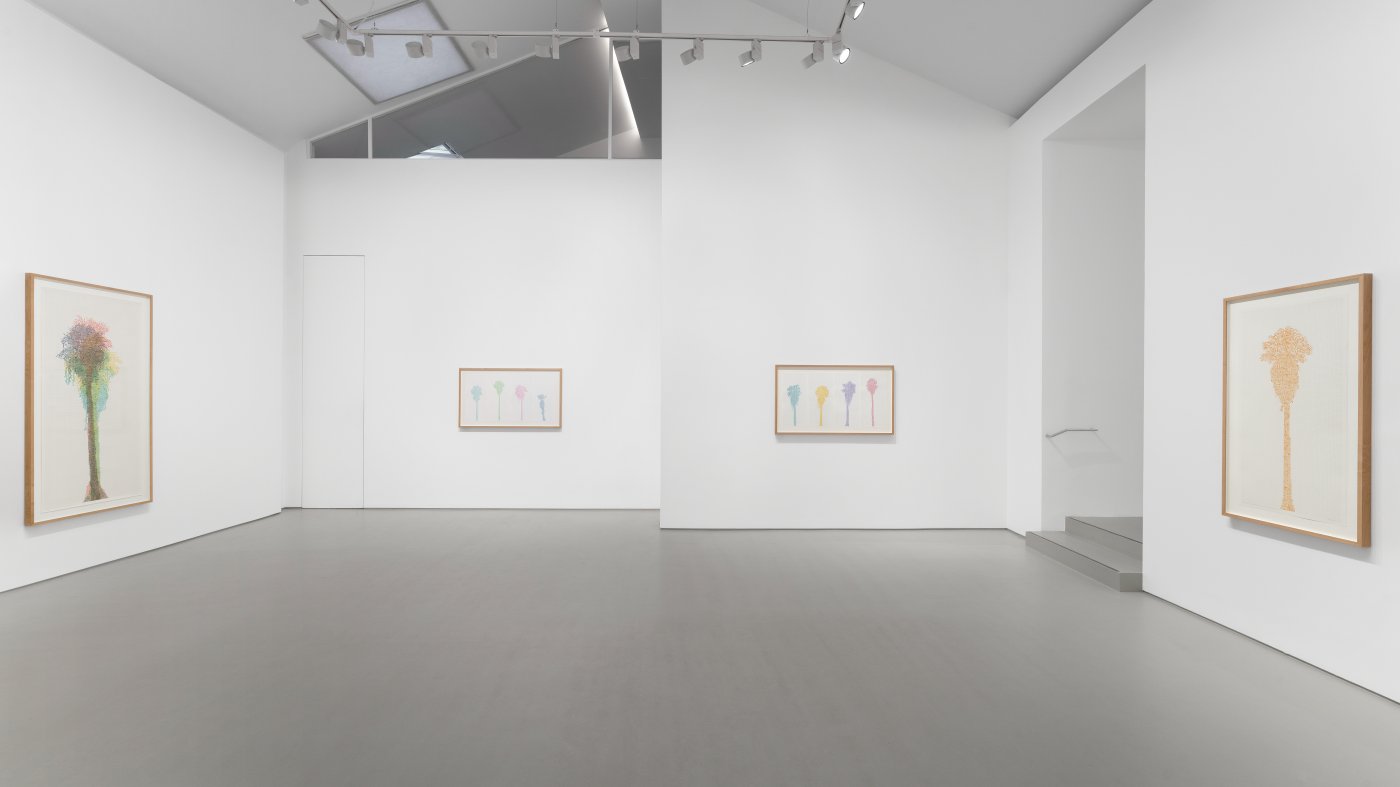 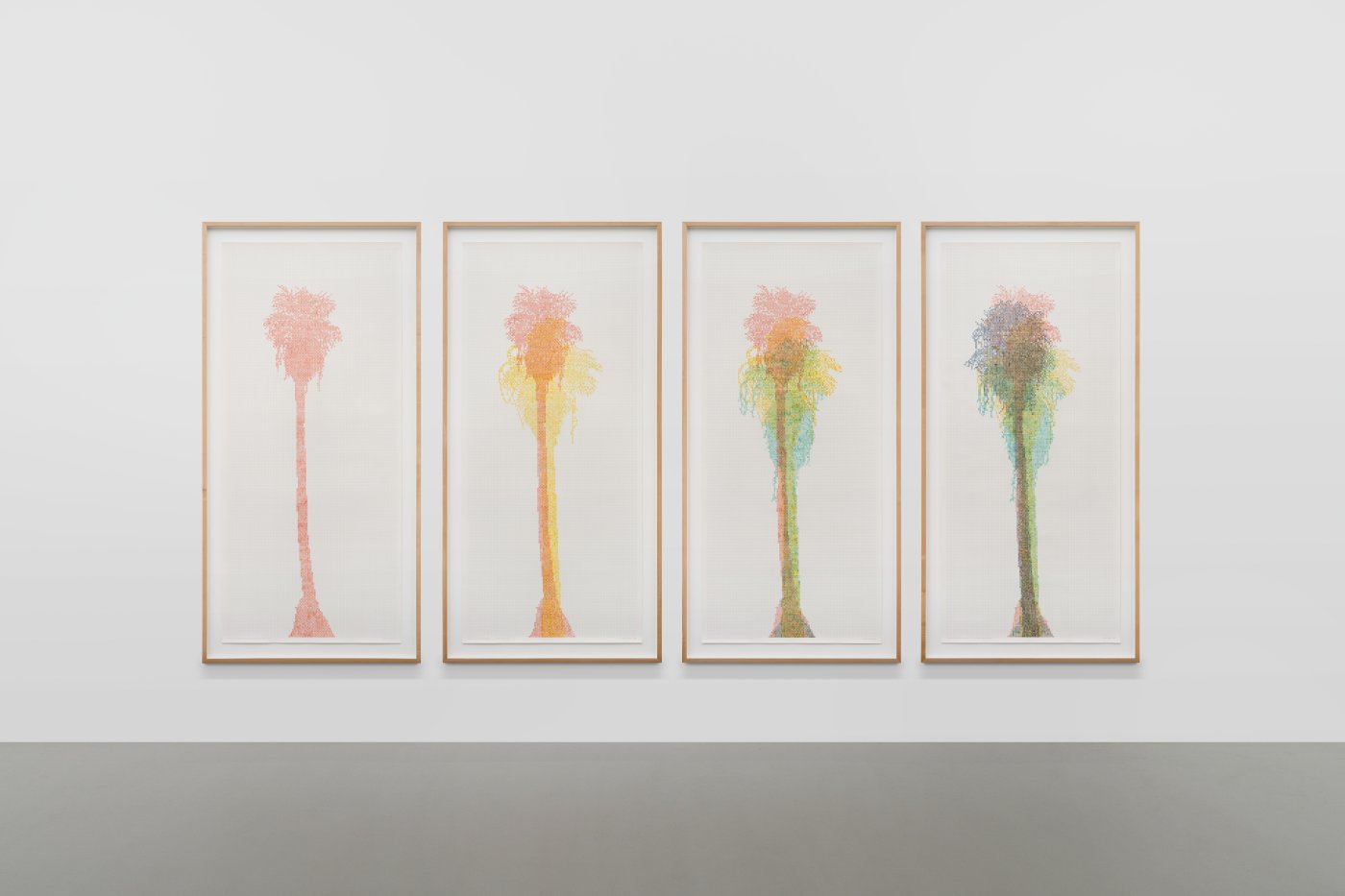 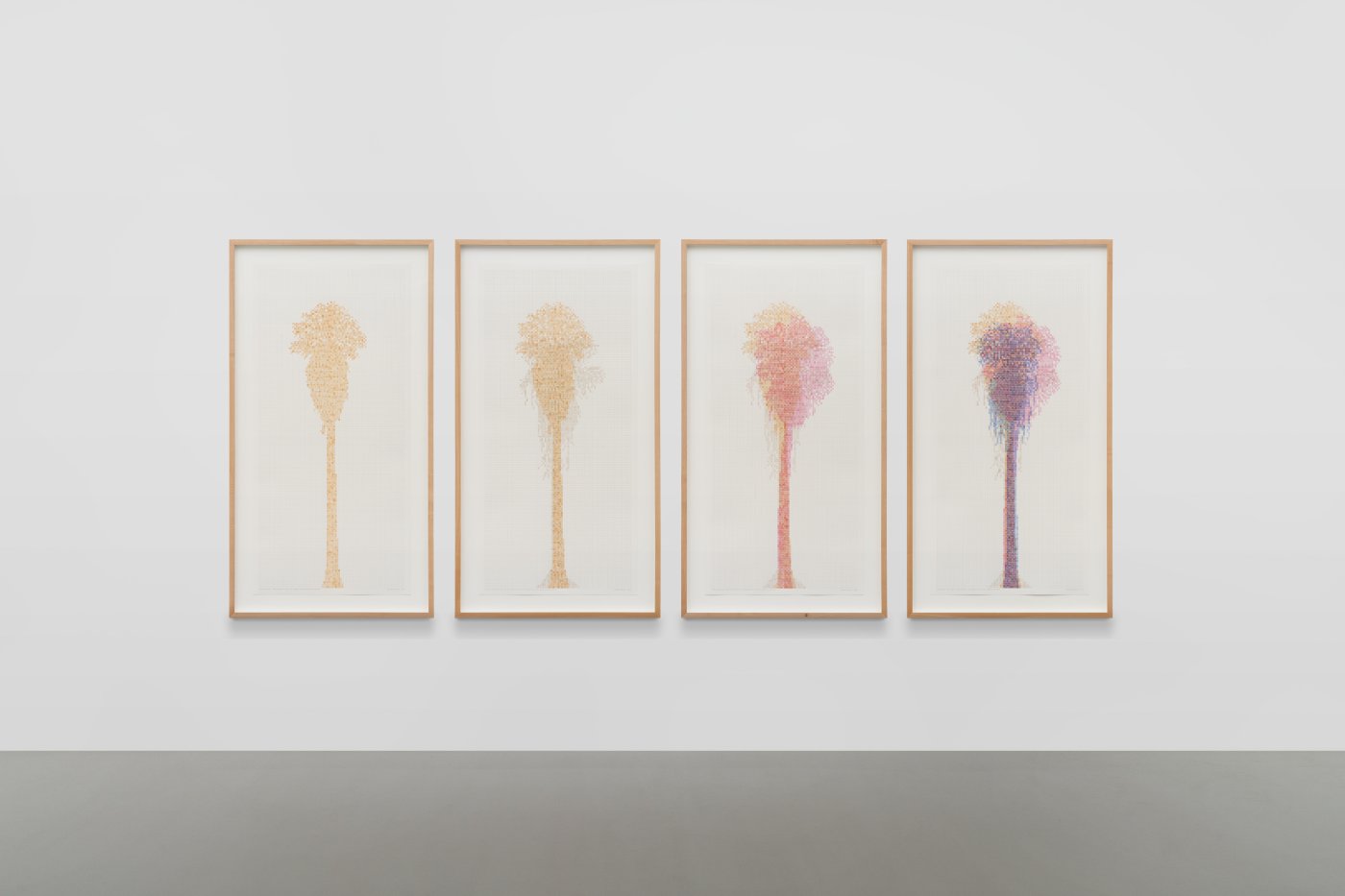 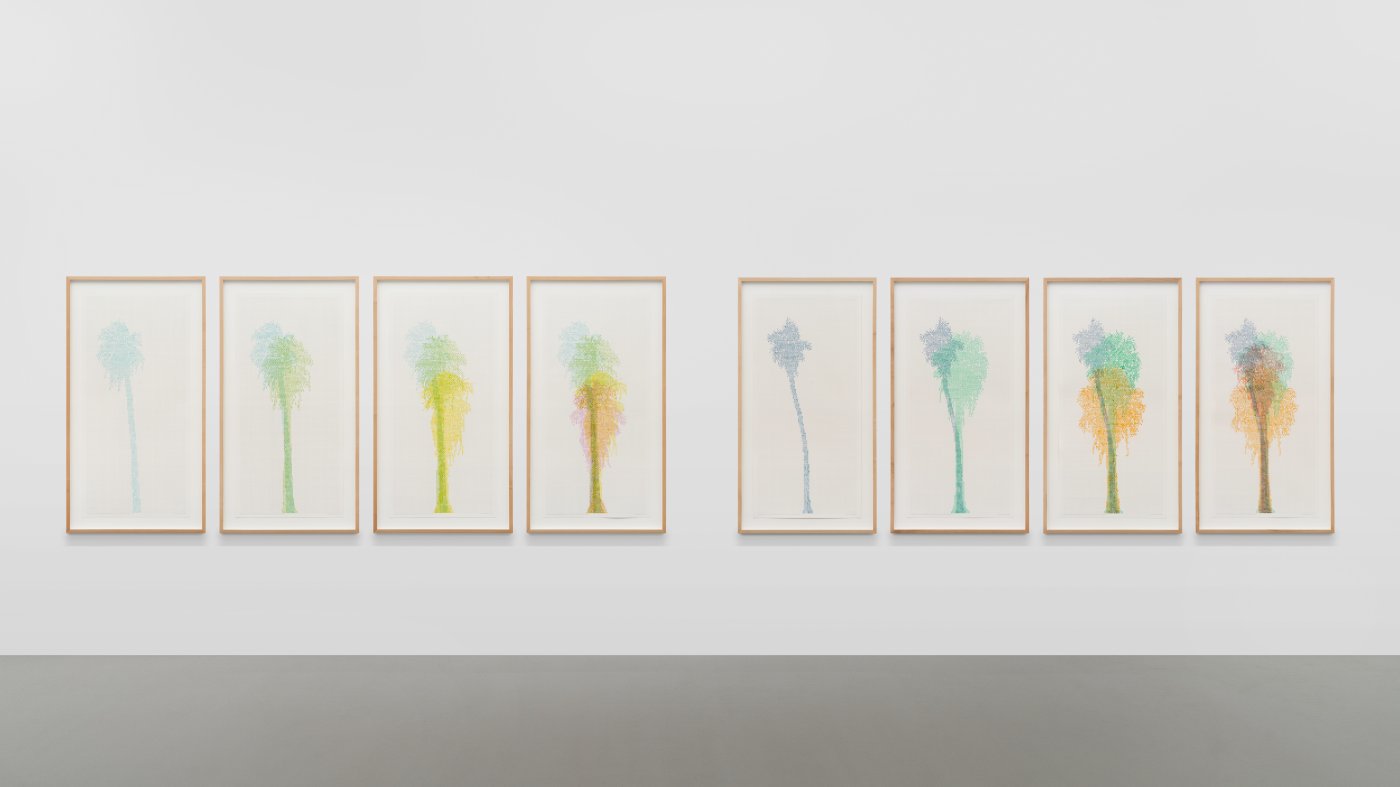 Charles Gaines is one of the major representatives of American conceptual art. Since the 1970s, he has been working with alternative, rule-based systems, combining numerical sequences, principles of cognition and mathematical diagrams to generate images. As an influential educational figure, he has forged an essential bridge between early American conceptual artists such as Sol LeWitt and subsequent generations. Whilst not actively seeking to inscribe his artistic approach into a form of Afro-American representation at the start of his career, Gaines nonetheless disrupted the Establishment, as one of the only African-American figures working in conceptual art at the time. In recent works, the artist has focused on the fight against racism, notably within his Manifesto and Faces: Identity Politics series.

With his drawings, photographic series, works on paper and video installations, Gaines navigates between linguistic compositions and numerical structures as seen in his ongoing Gridwork series, initiated in the 1970s. To make these works, he uses simple calculation grids to produce parabolic shapes in successive layers, eventually leading to the depiction of natural organisms. This methodical approach led Gaines to develop a way of making figurative art out of an automatic pattern and not from his intuition.

The works on view at Galerie Max Hetzler, represent a sequence of palm trees generated by the numbers on the grids following a mathematical order. Gaines first began depicting palm trees in 1980, in his series Geometric Landscape, before returning to them again in 2015 in his Numbers and Trees series. He continues to work with this theme today. By using these timeless structures, designed according to the laws of nature, the artist wishes to question issues of creation through a system of universal and predefined rules. The various tree species that Gaines has worked with throughout his career encourage the viewer to meditate on questions of difference and identity.

Presented as ‘quartets’, many of the drawings contain the indigenous names referring to tribes living in California where the trees have been photographed. These tribe names as well as ‘quartets’ are part of a system ruling the titles, just as there is a system to produce the figures.

The subtle balance between the intellectual process and the delicacy of the artist’s touch and use of colours, reveals that art exists independently of any personal expression and highlights the complex interaction between objectivity and interpretation.

For his outstanding contribution to American culture, Gaines was the recipient of the Edward MacDowell Medal in 2019, formerly granted to Louise Bourgeois, Willem de Kooning and Georgia O’Keeffe.

Charles Gaines was granted the Guggenheim Fellowship in 2013; the CAA Artist Award in 2015; the CalArts REDCAT Award in 2018; and the Edward MacDowell Medal in 2019. His work can be found in the collections of The Museum of Modern Art, New York; The Whitney Museum, New York; The Museum of Contemporary Art, Los Angeles; the Studio Museum, Harlem; Lentos Kunstmuseum Linz; Galerie der Stadt Esslingen at Villa Merkel; The Art Institute, Chicago; and the Hammer Museum, Los Angeles; Tate Modern, London among others.