Mai 36 Galerie presents the exhibition «.ch» bringing together works by Ian Anüll, Pia Fries, Christian Lindow, Harald F. Müller, Christoph Rütimann, Albrecht Schnider and Rémy Zaugg in seven of the gallery’s rooms. What all of these artists have in common is a personal link with Zurich and Switzerland. 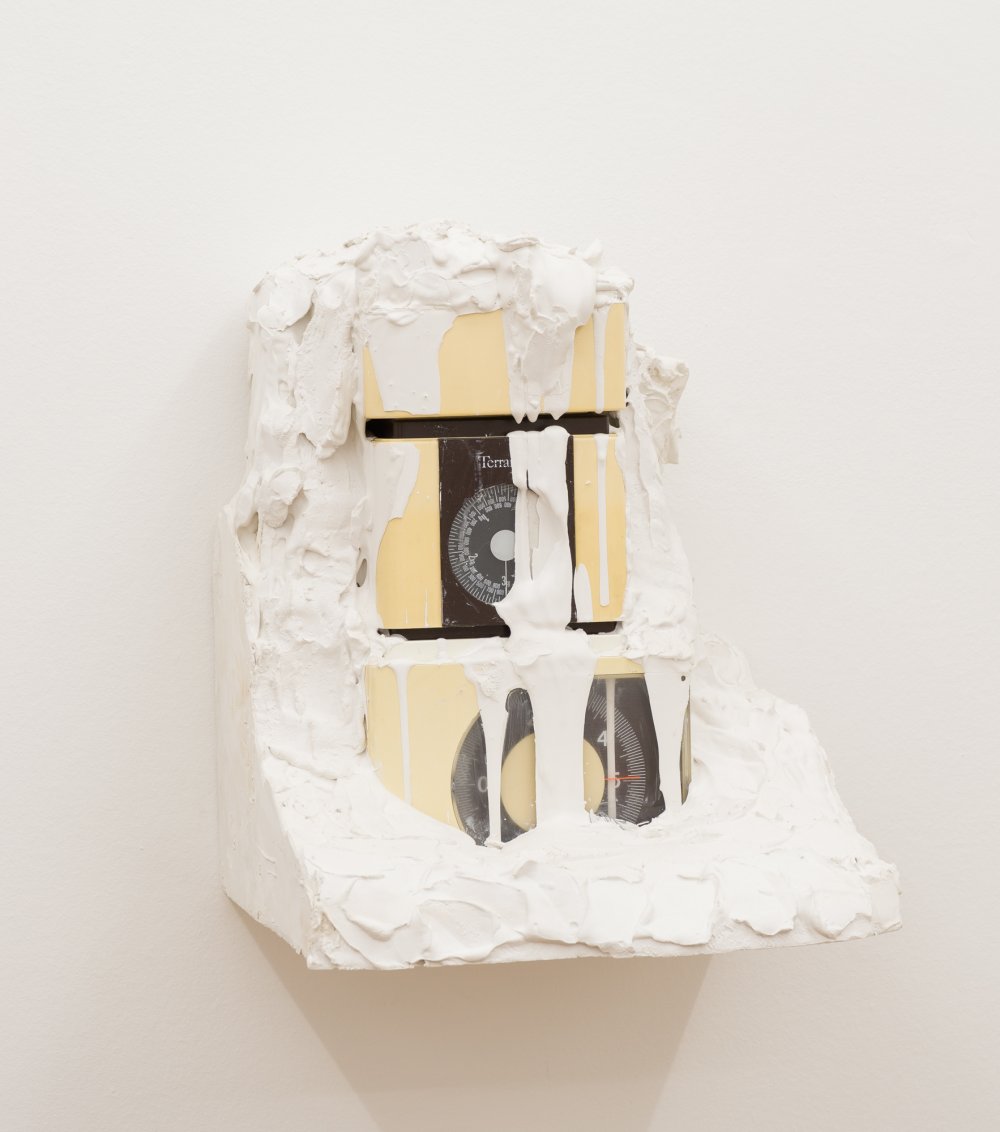 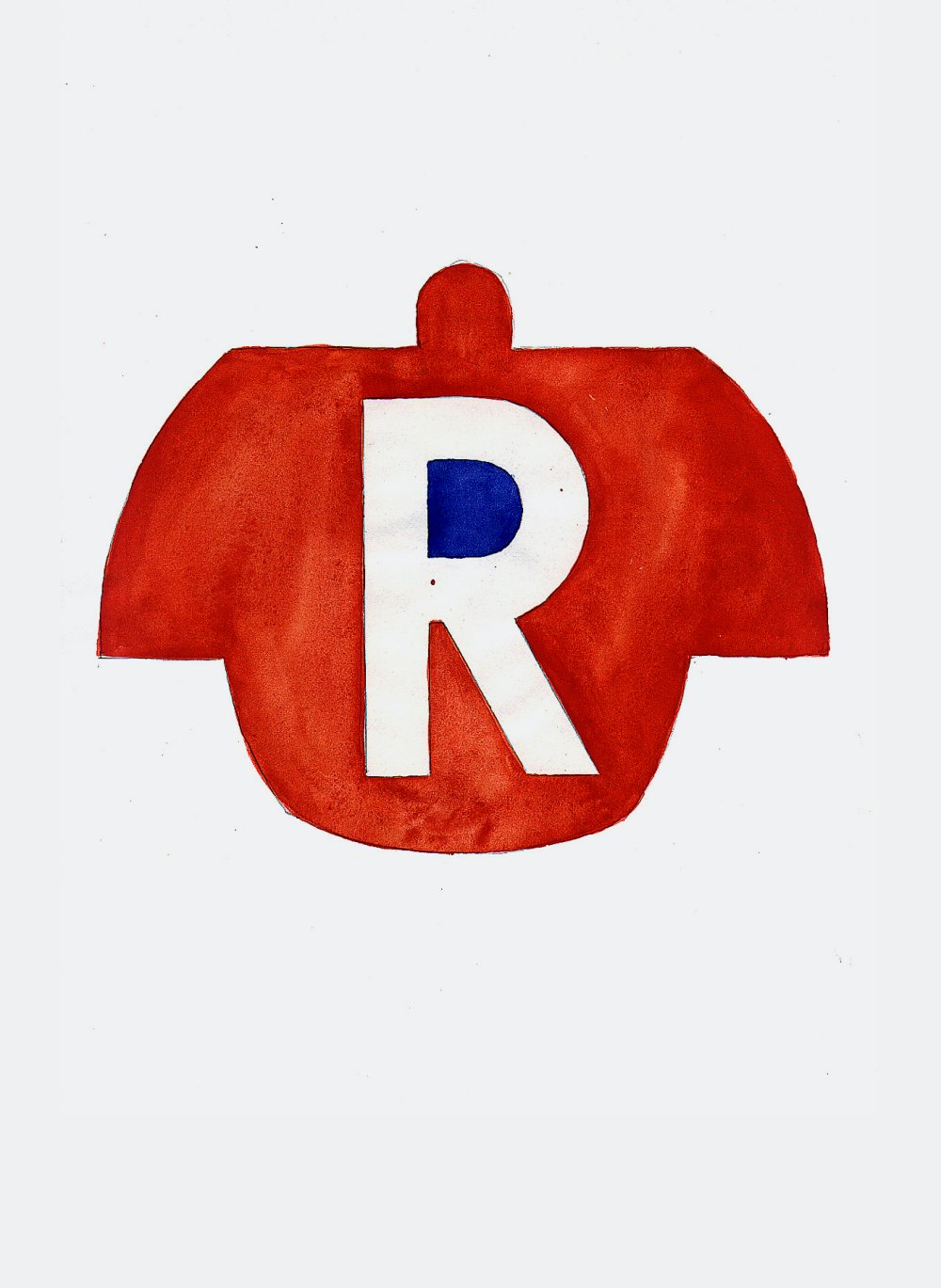 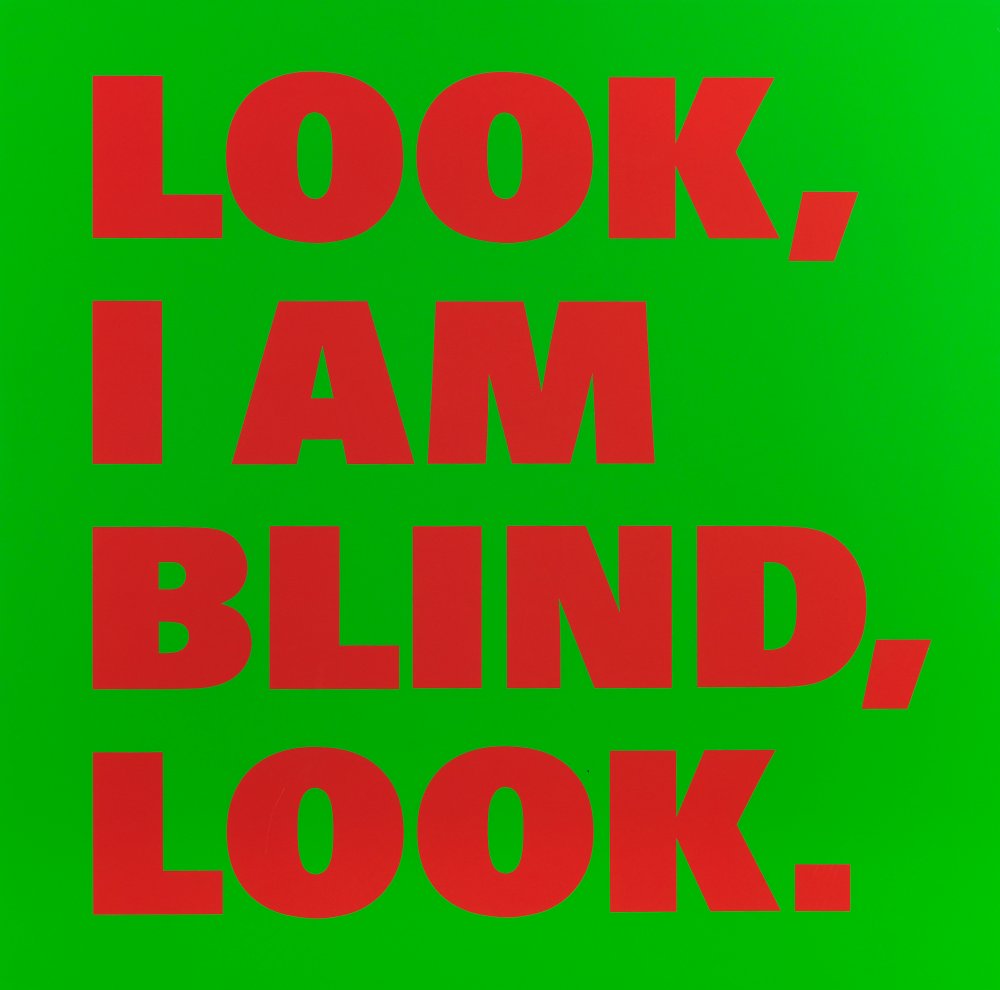 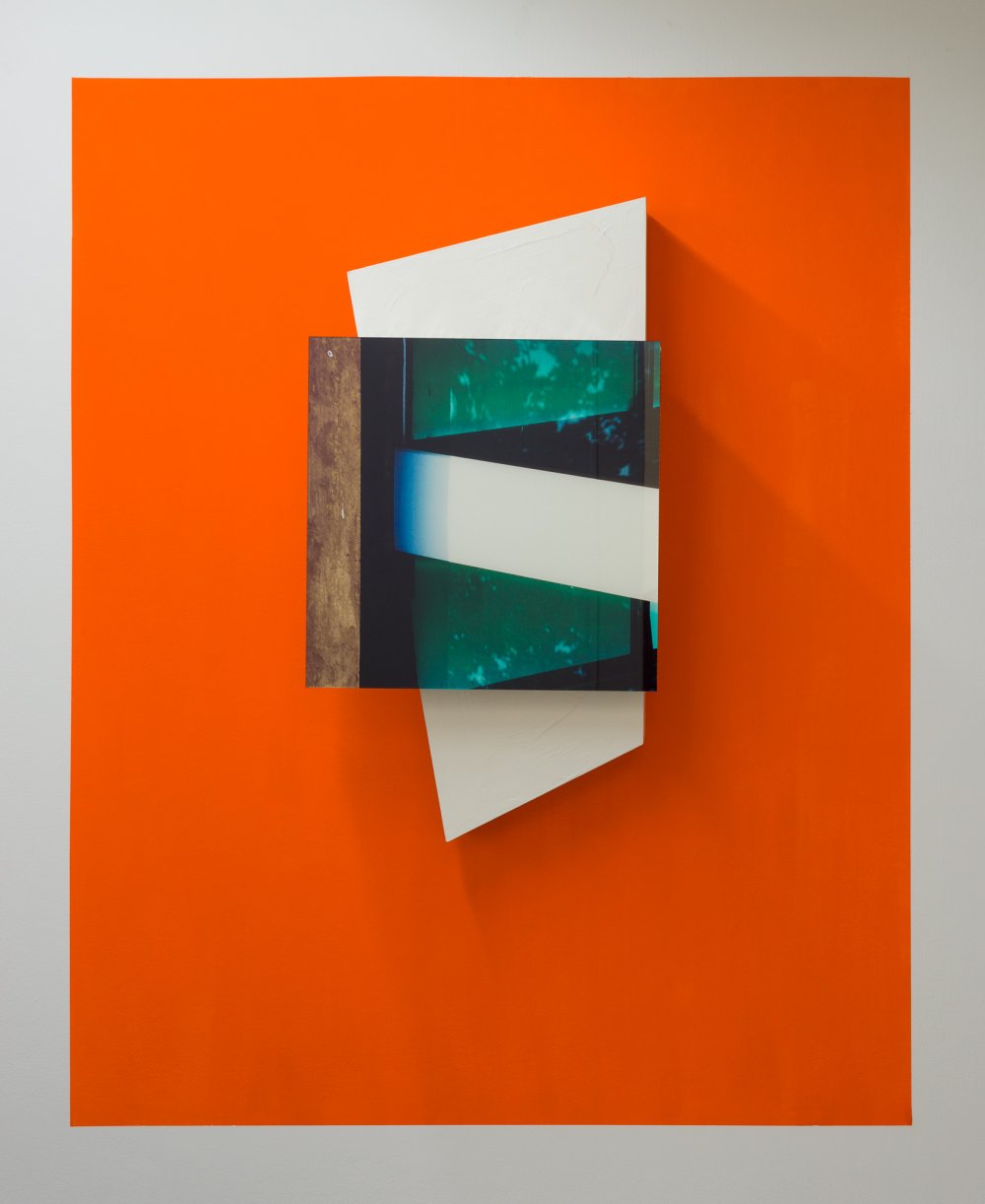 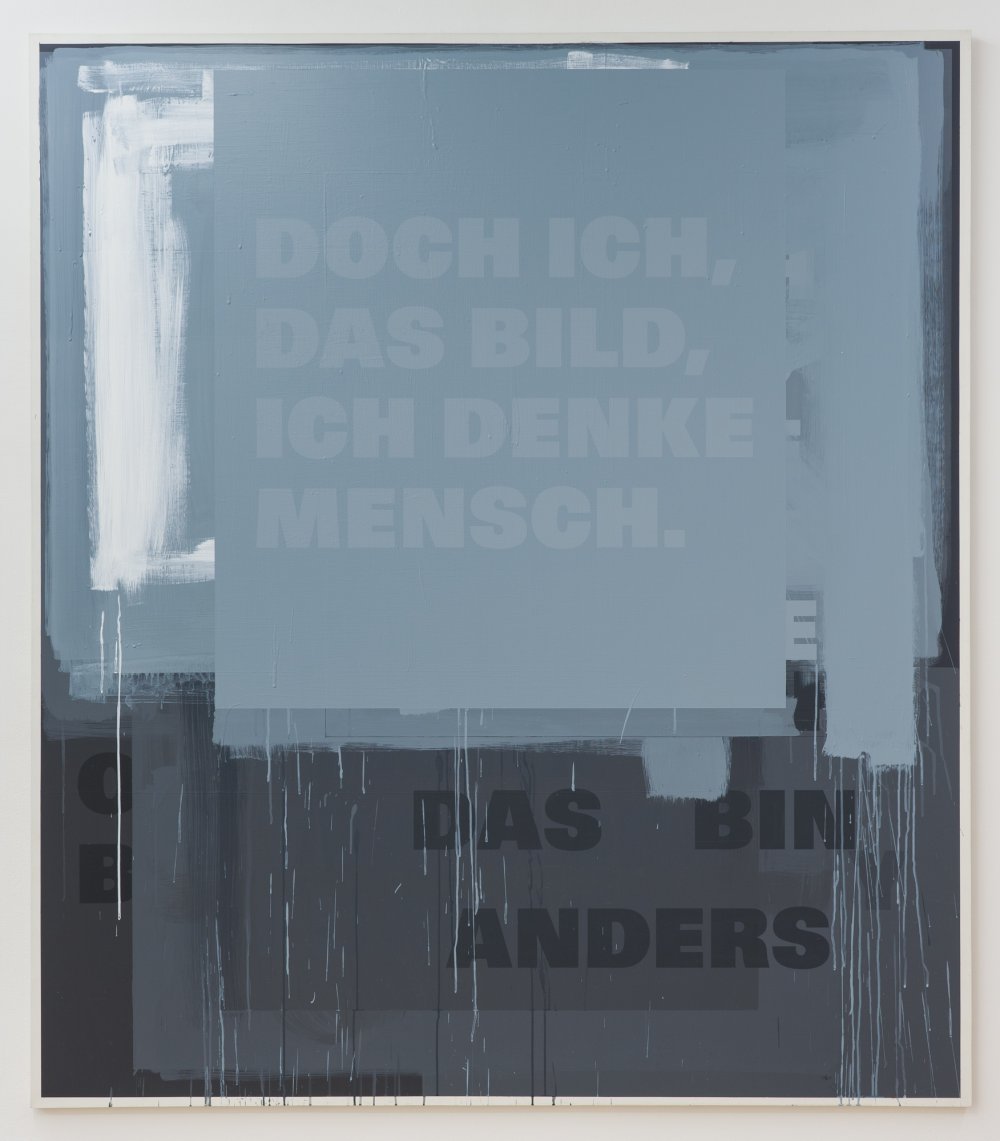 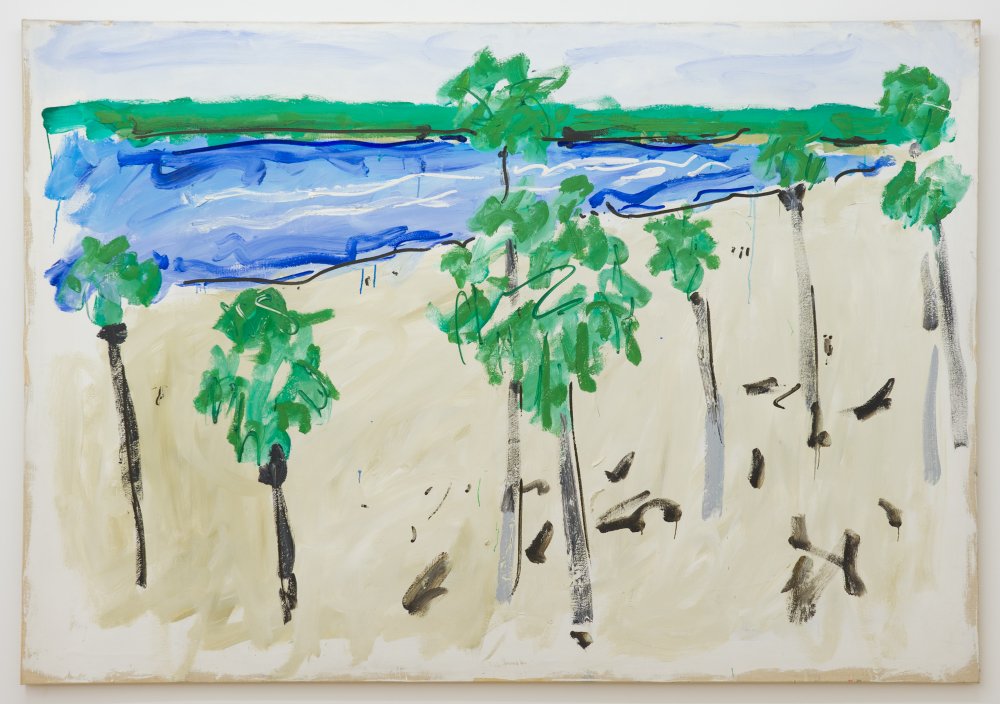 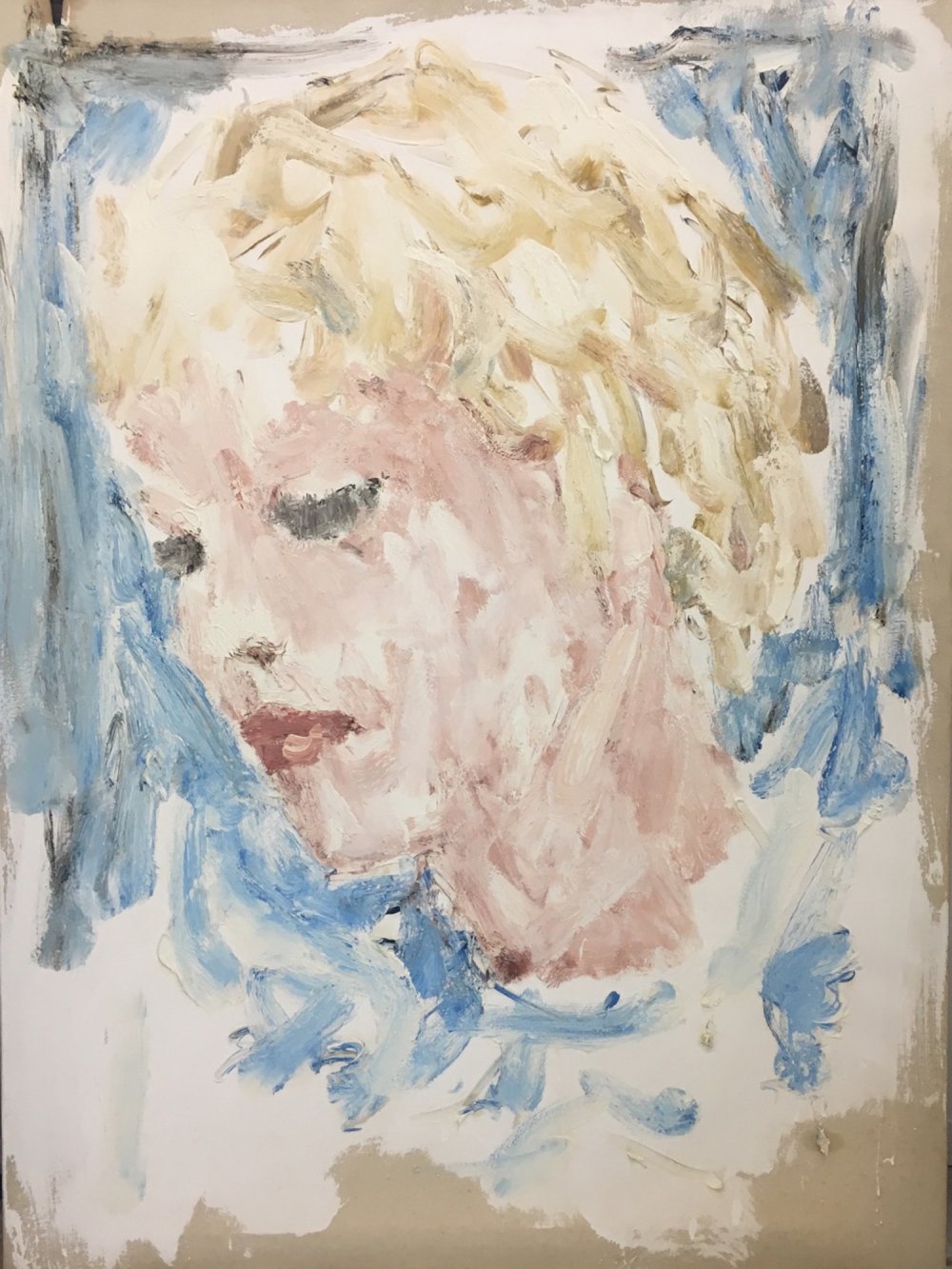 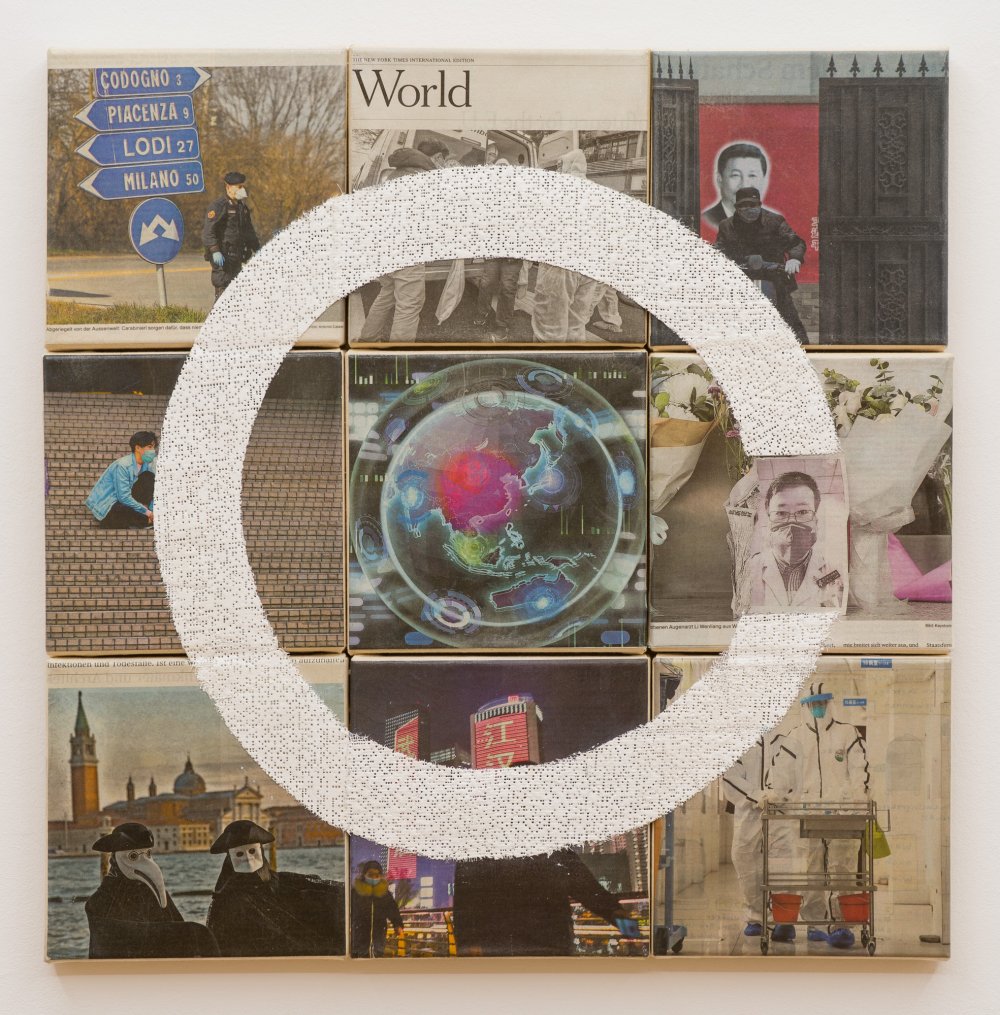 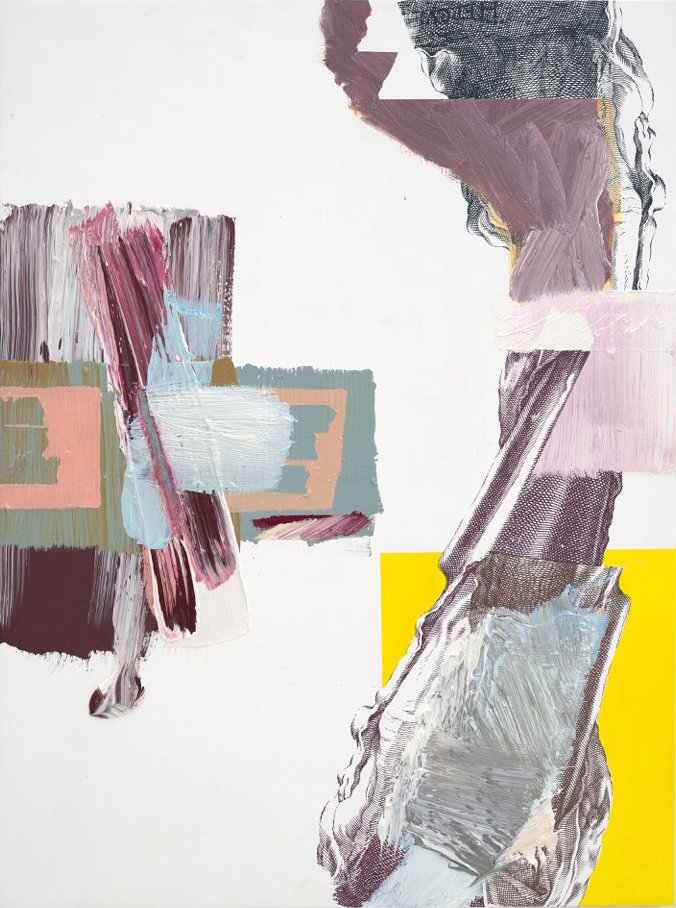 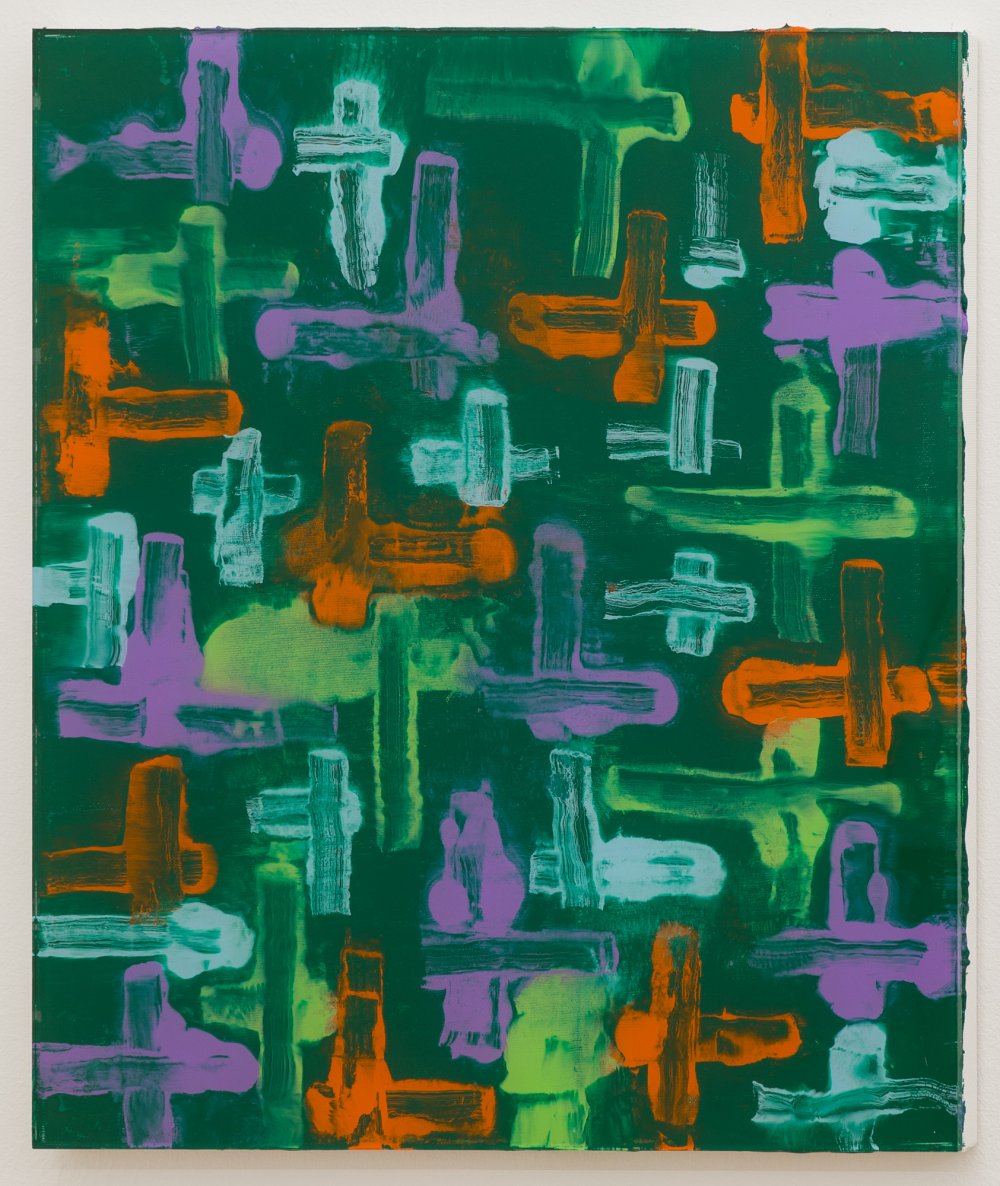 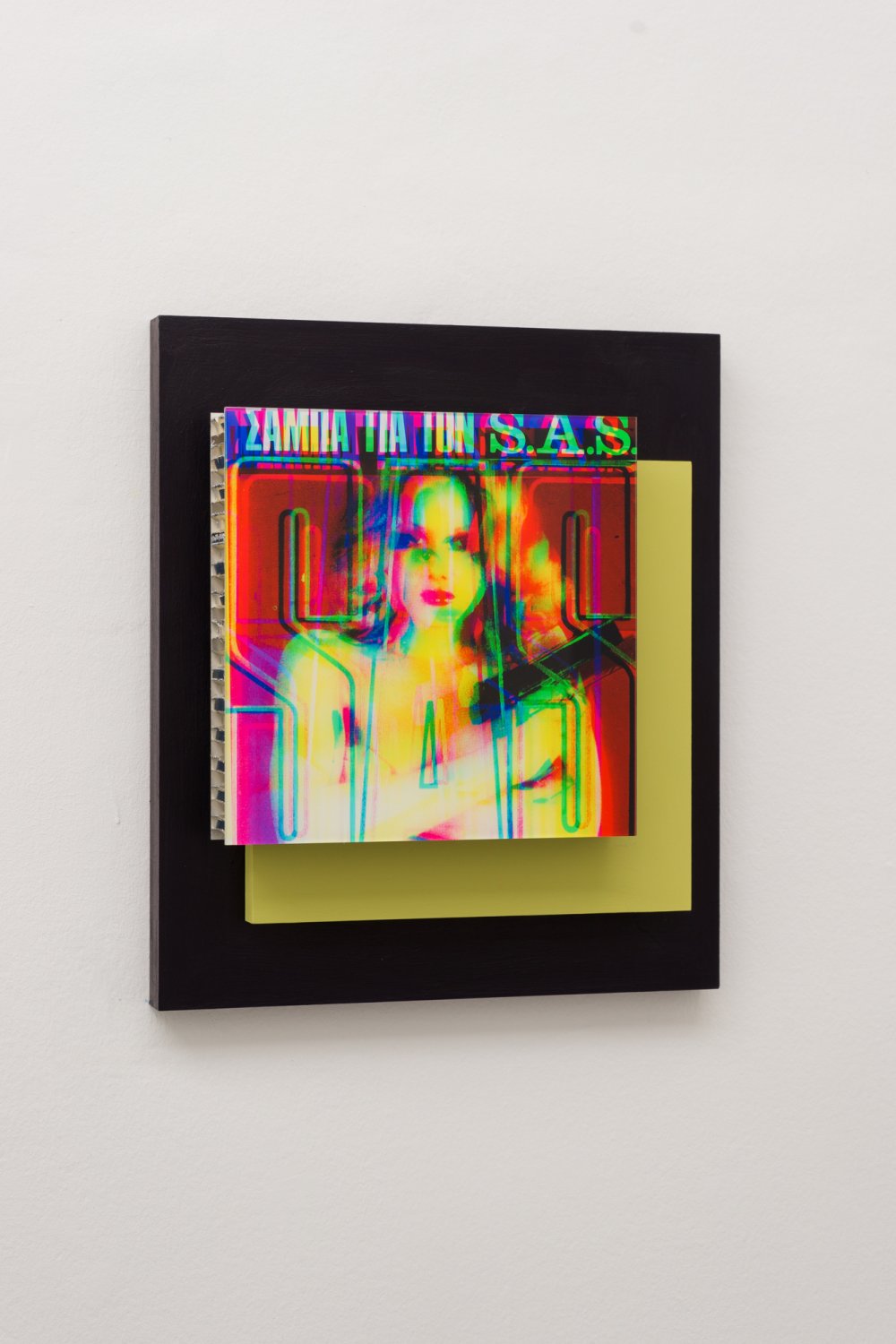 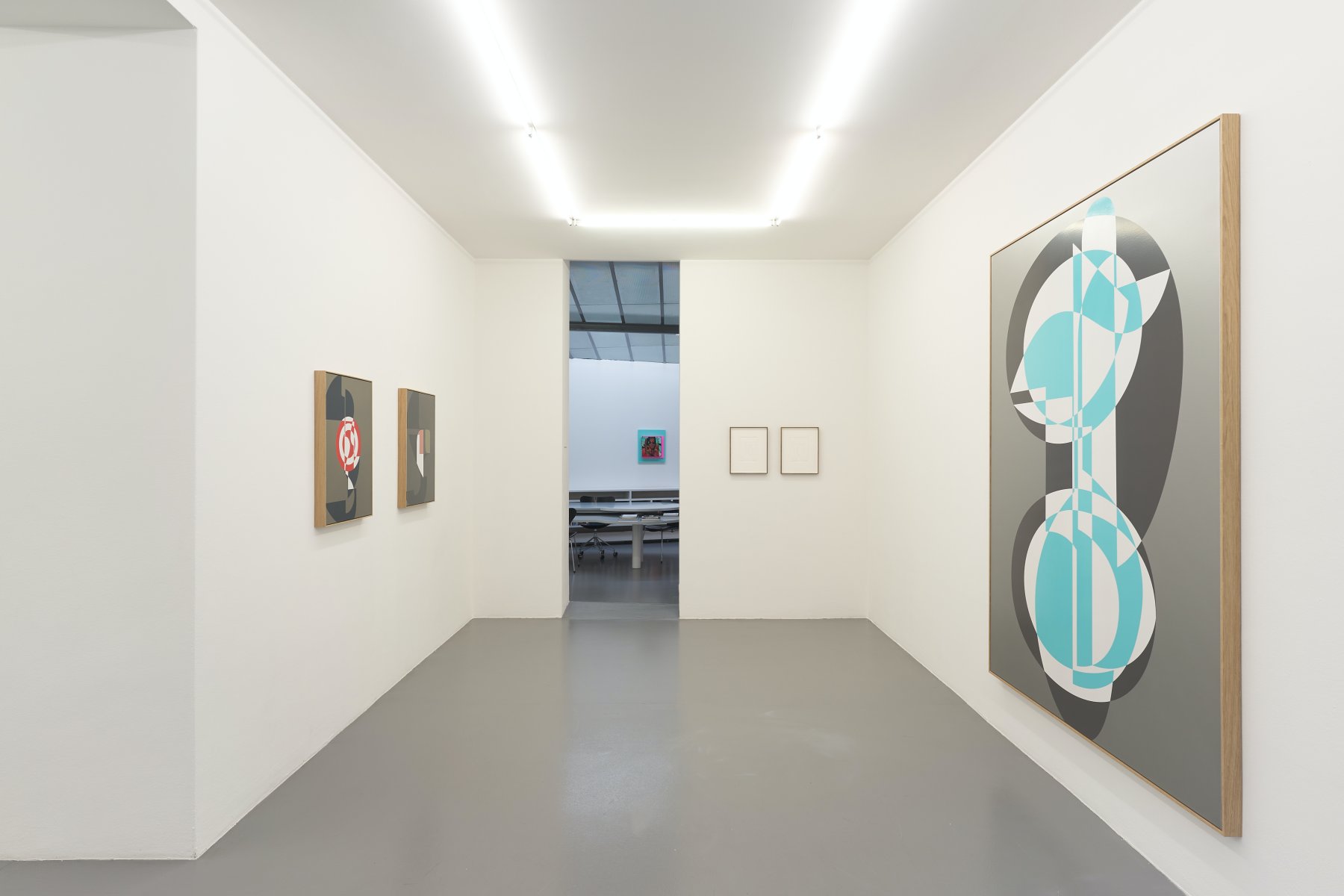 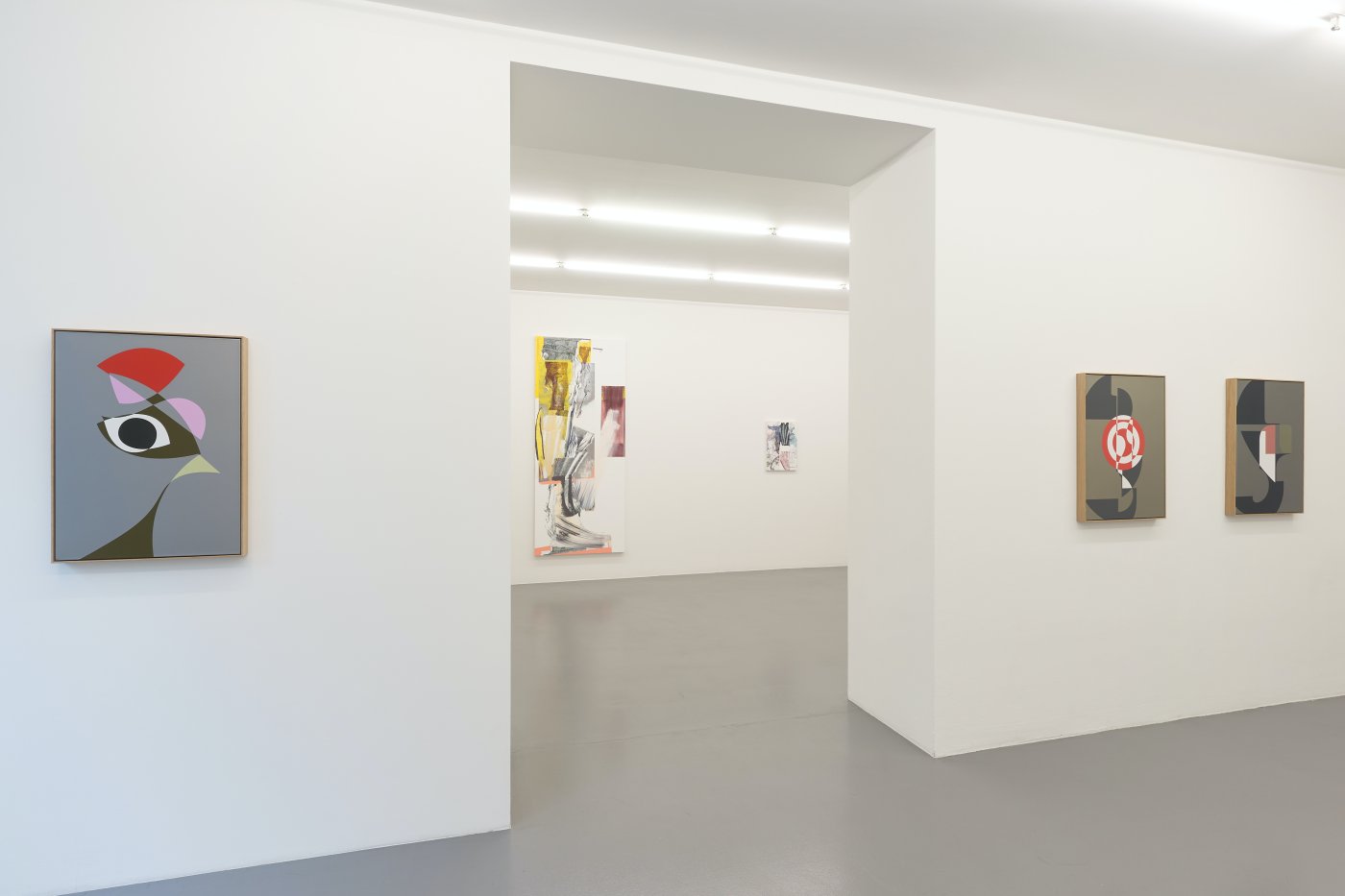 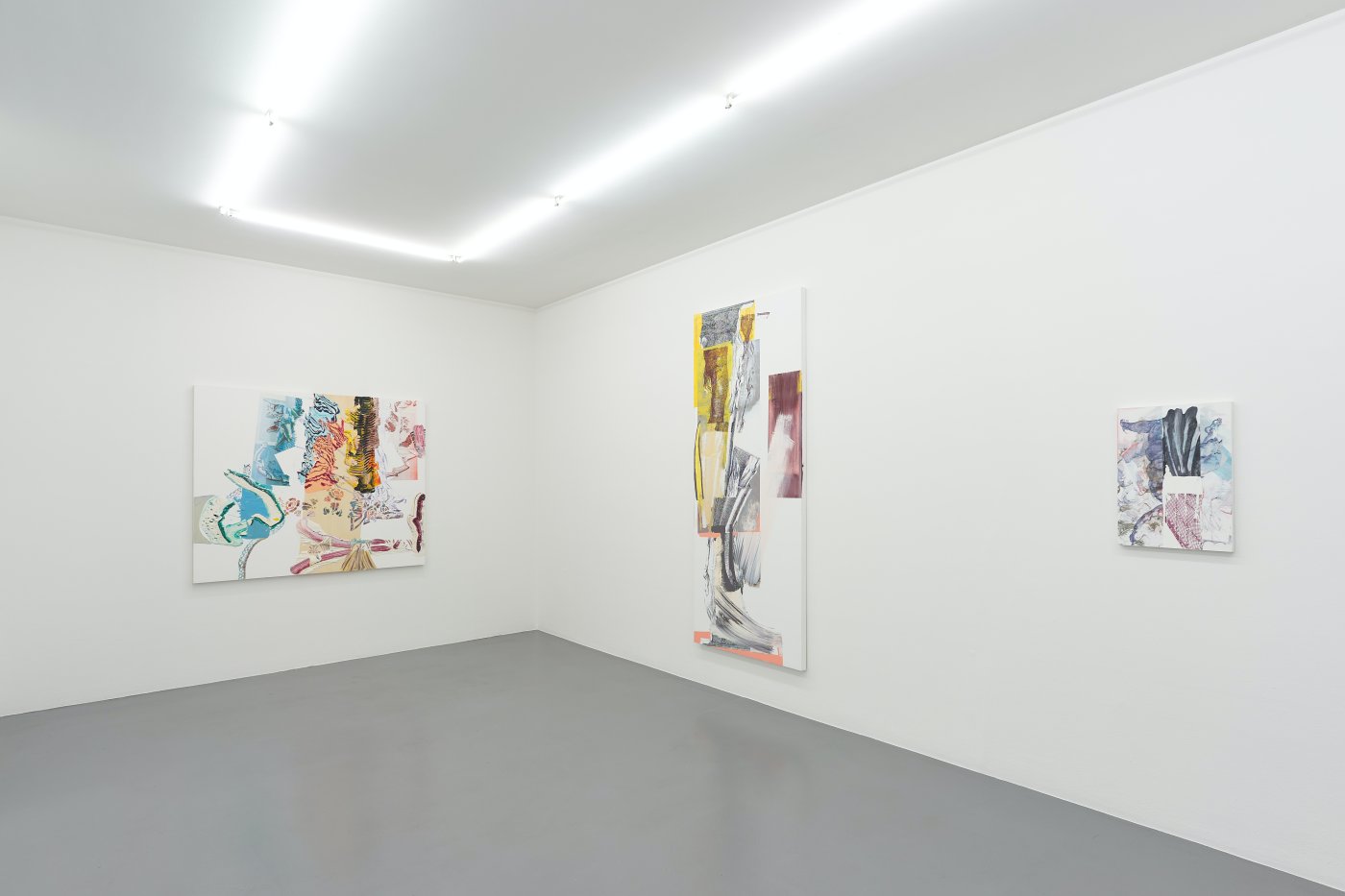 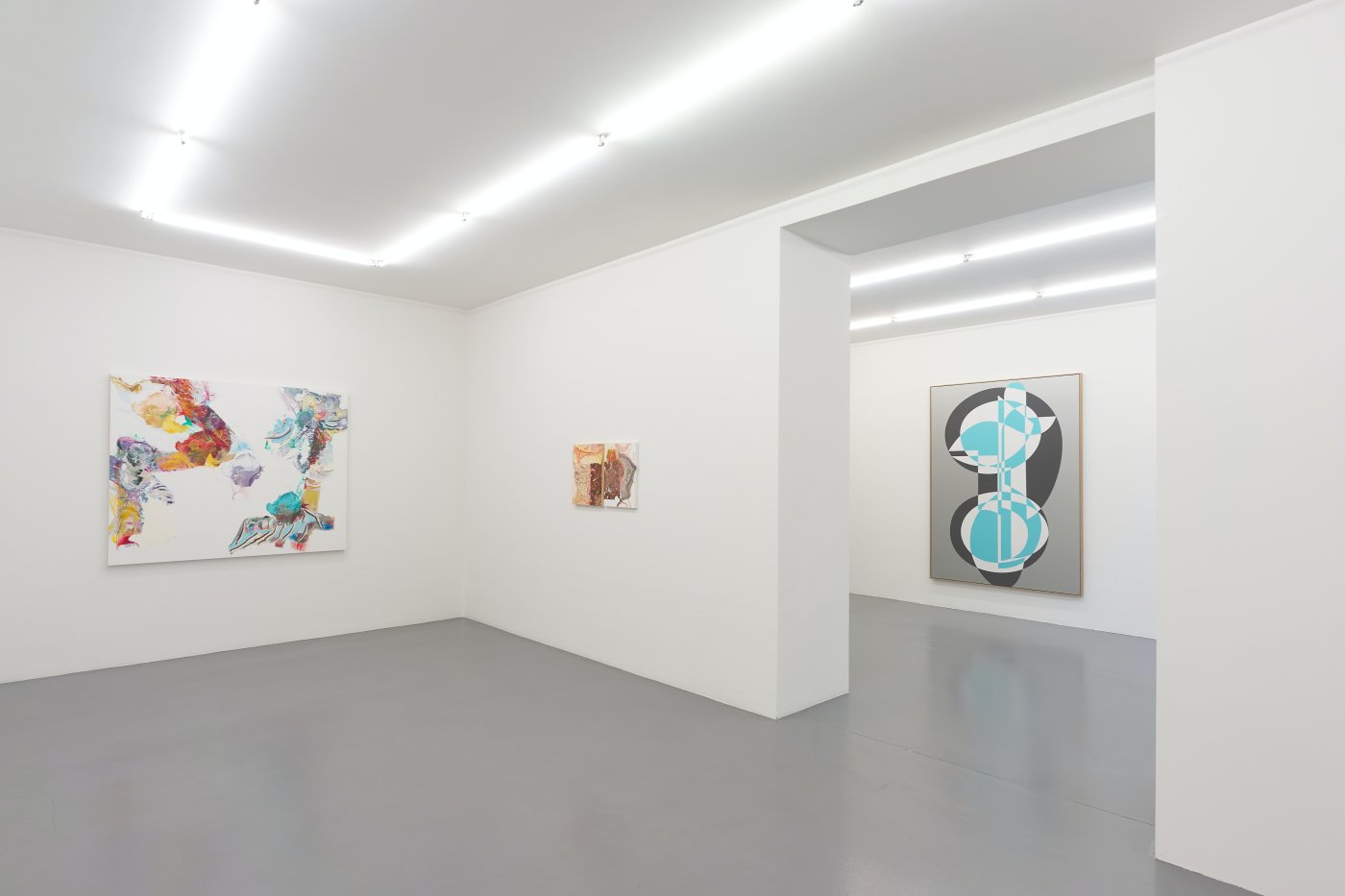 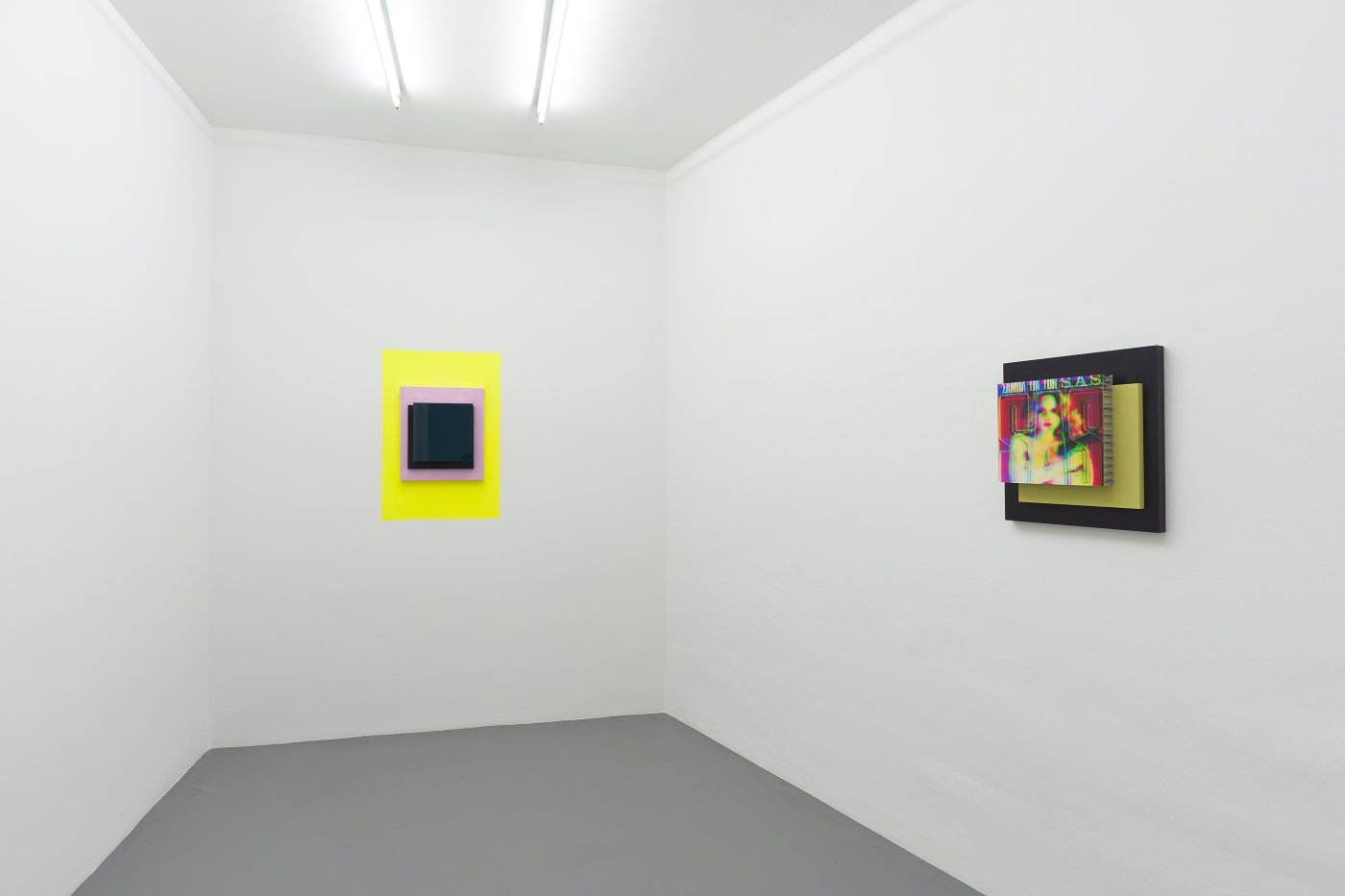 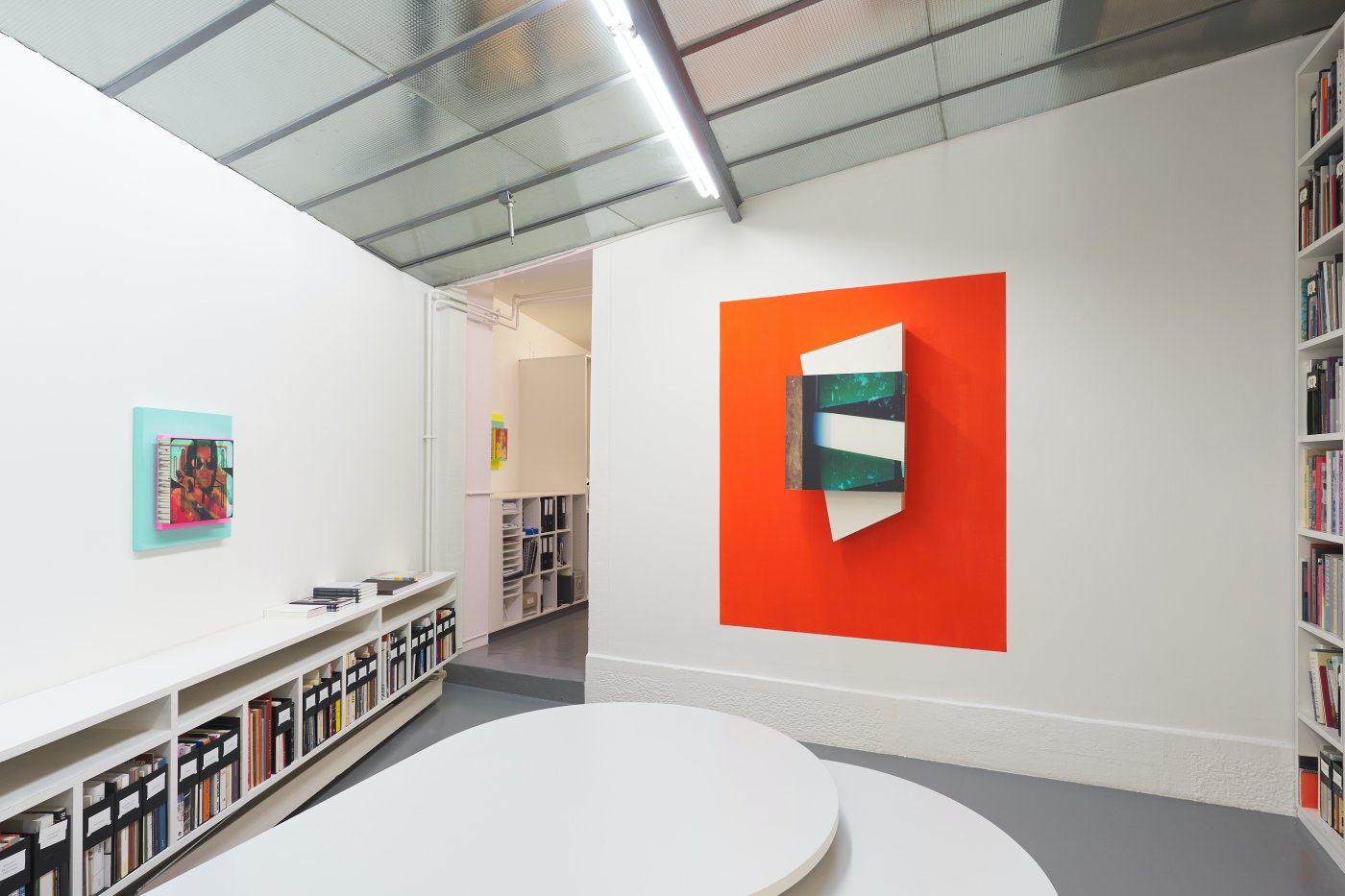 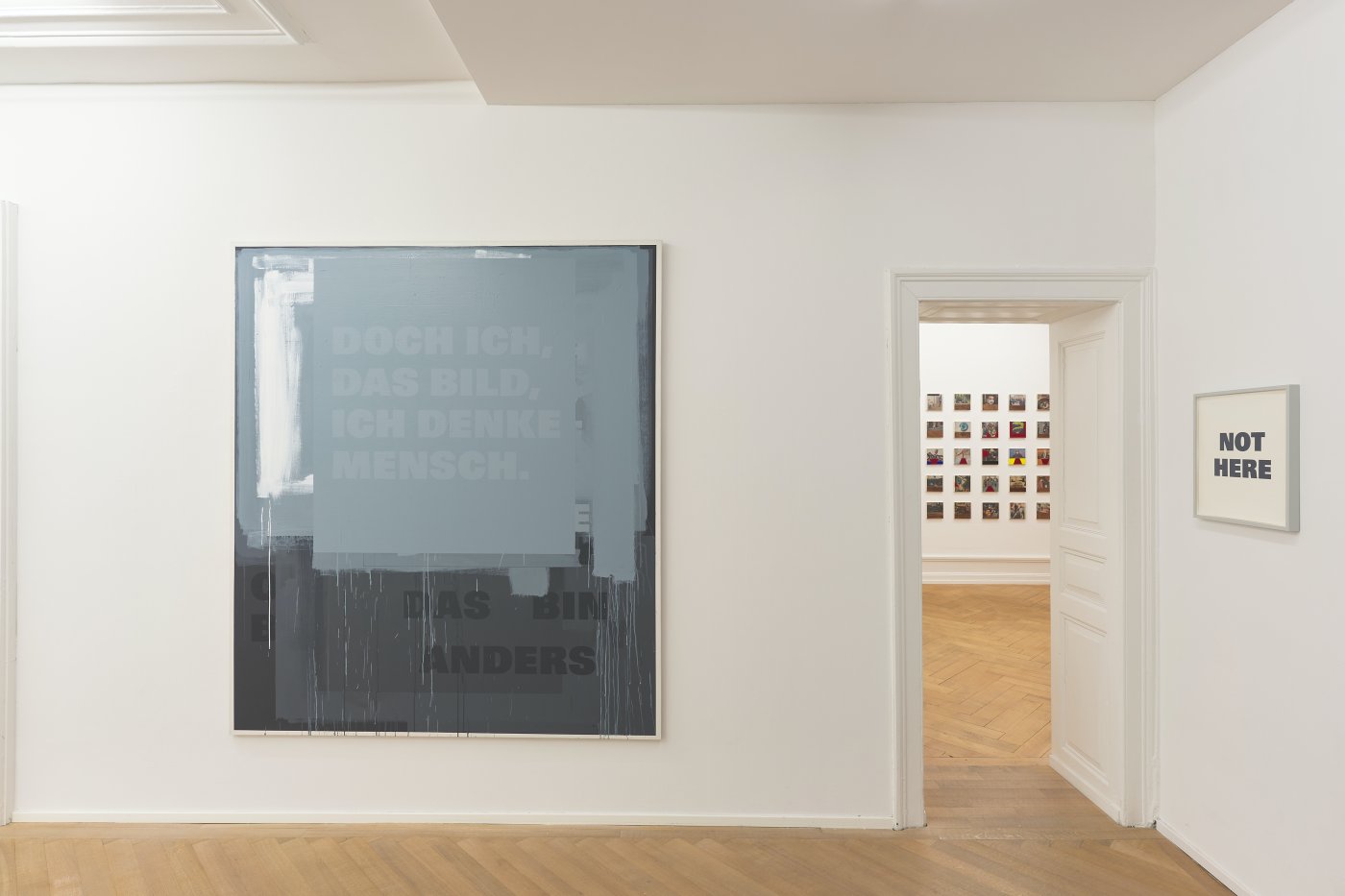 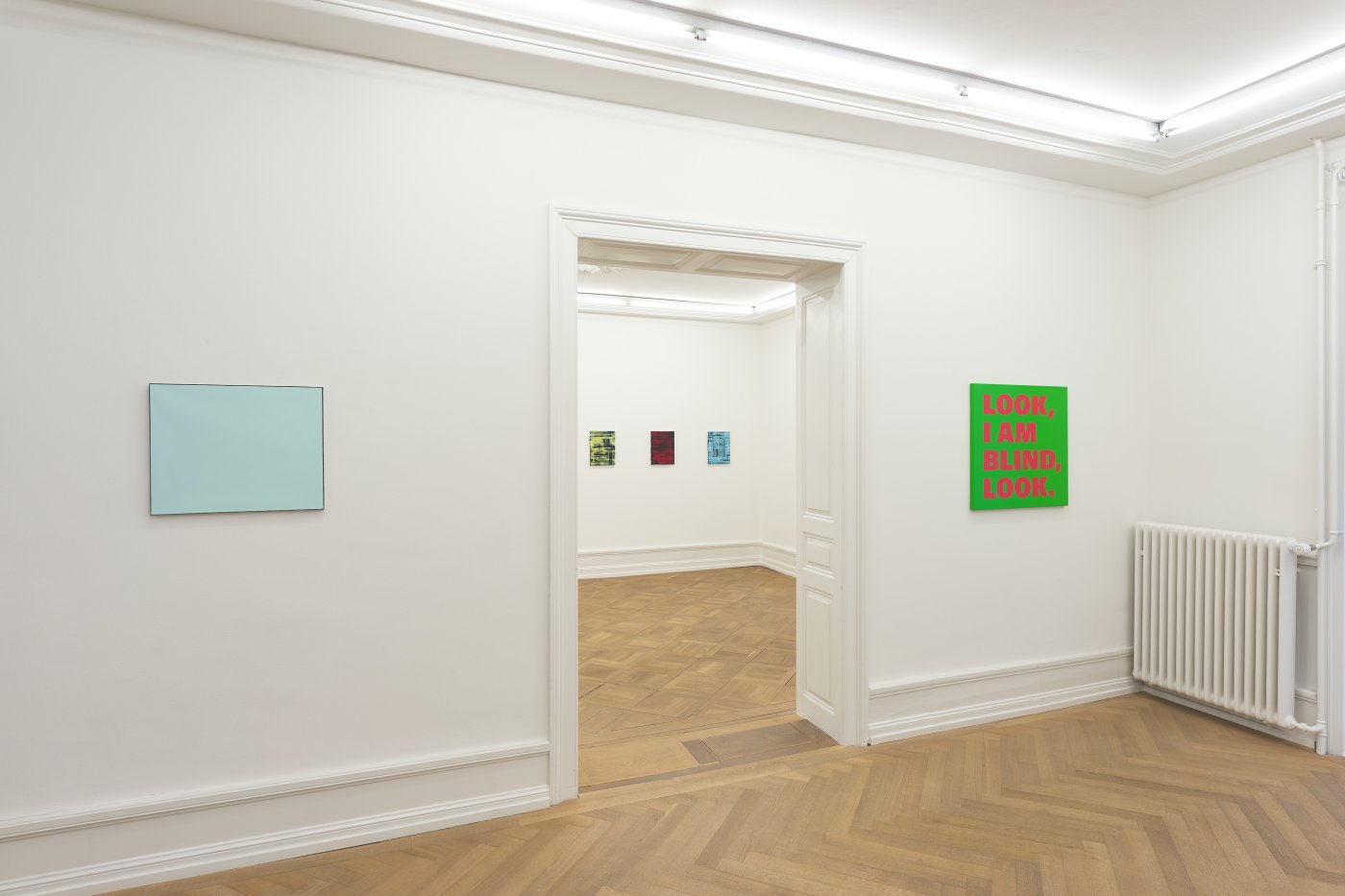 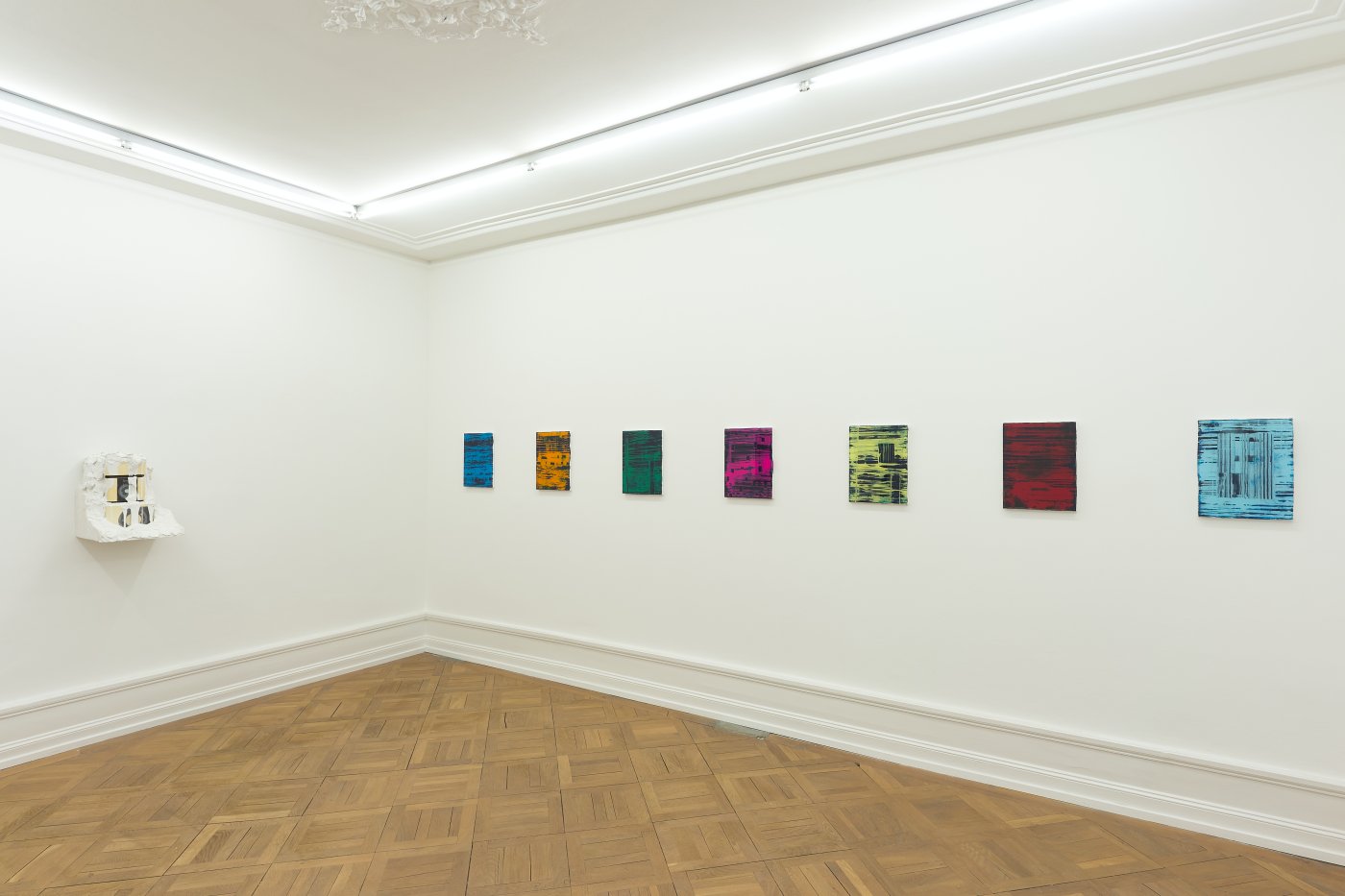 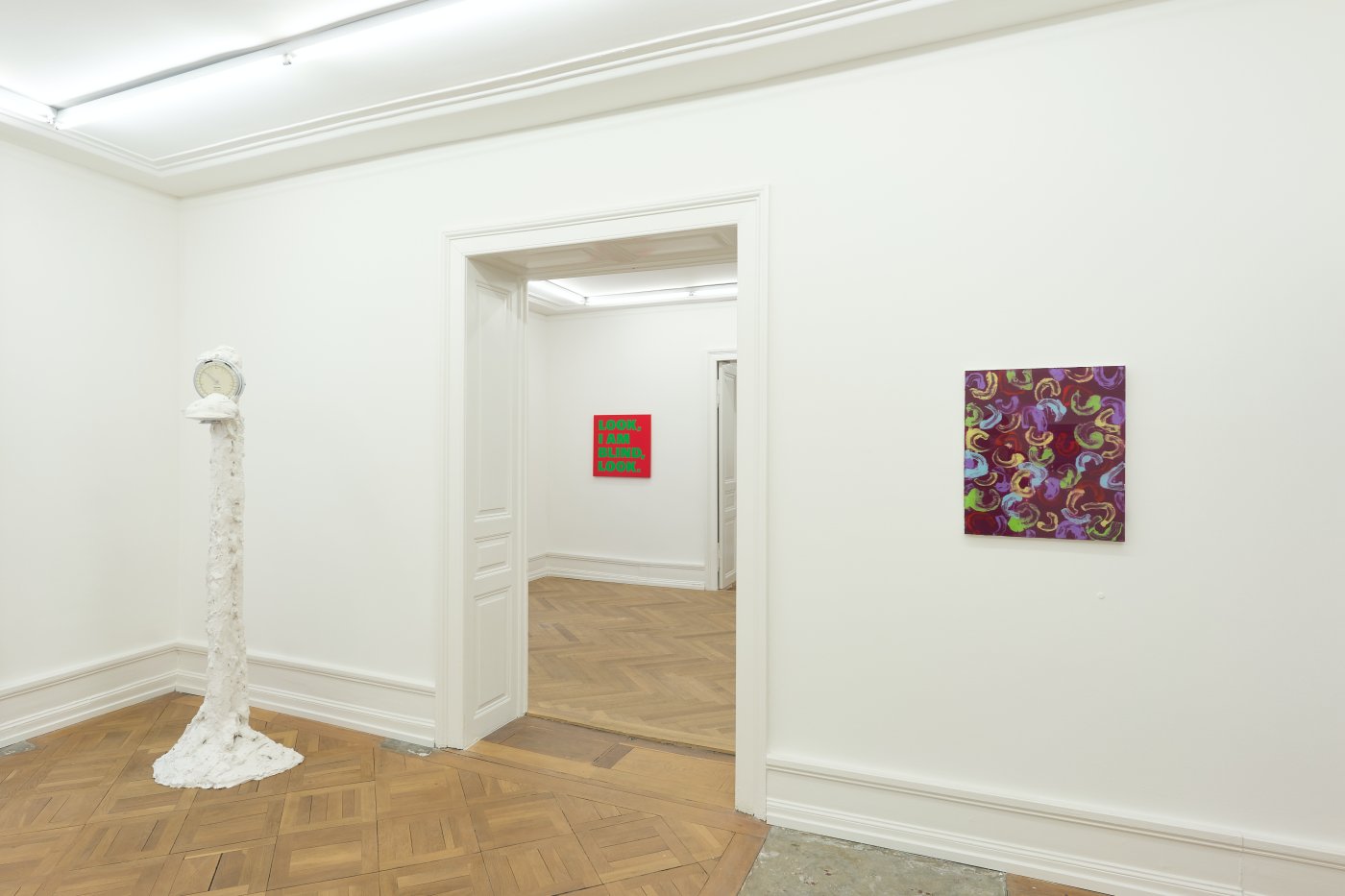 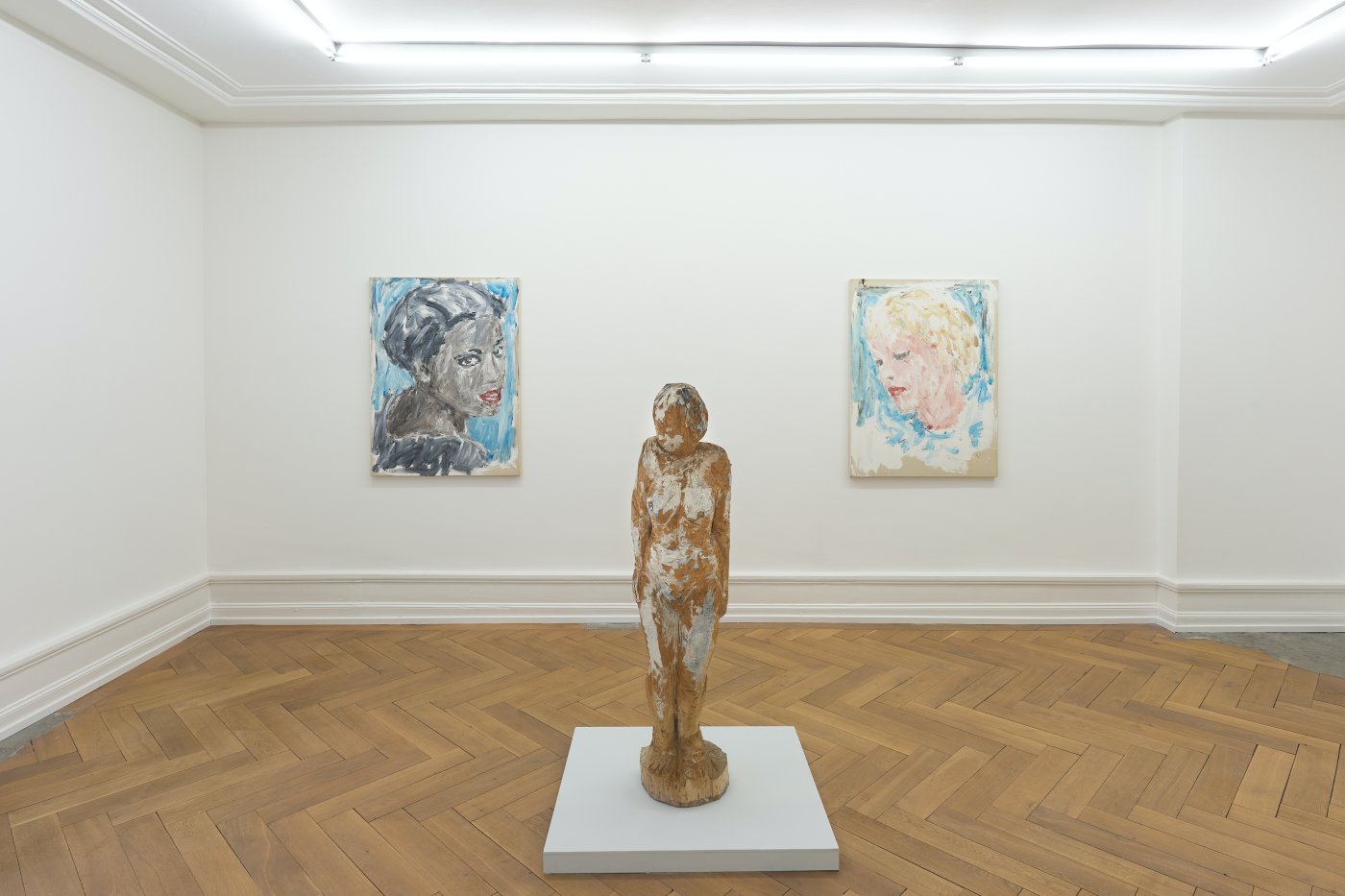 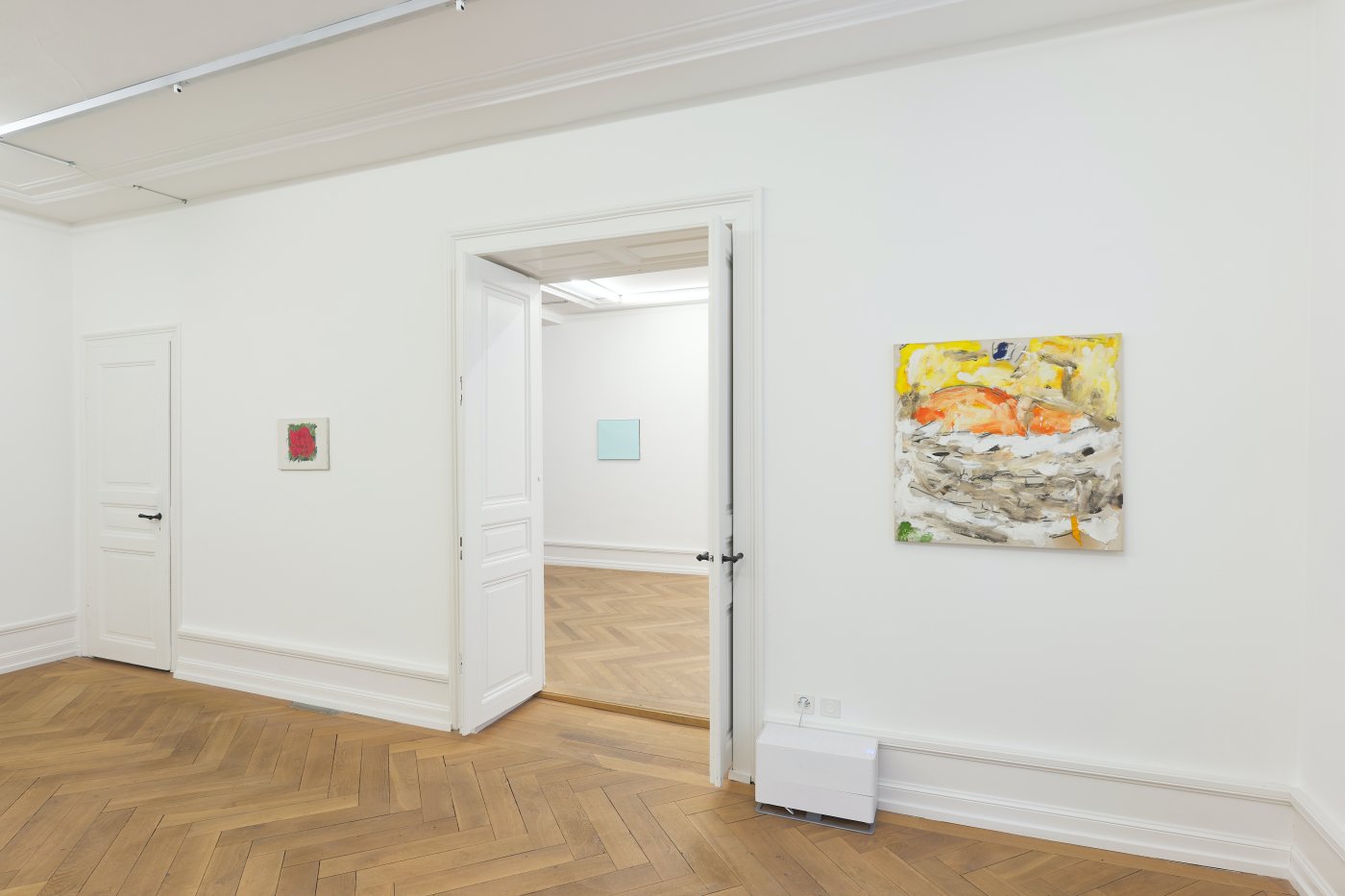 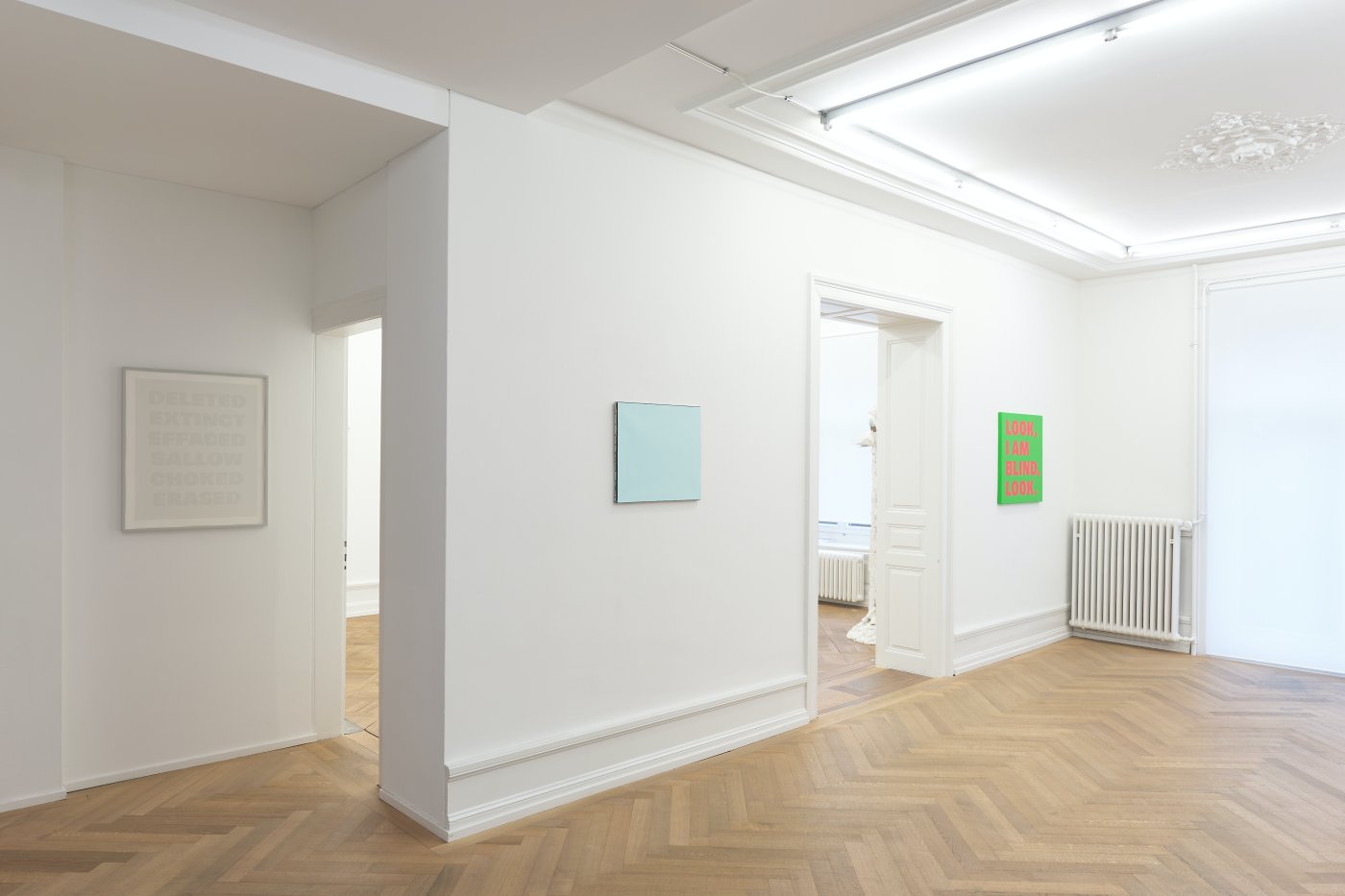 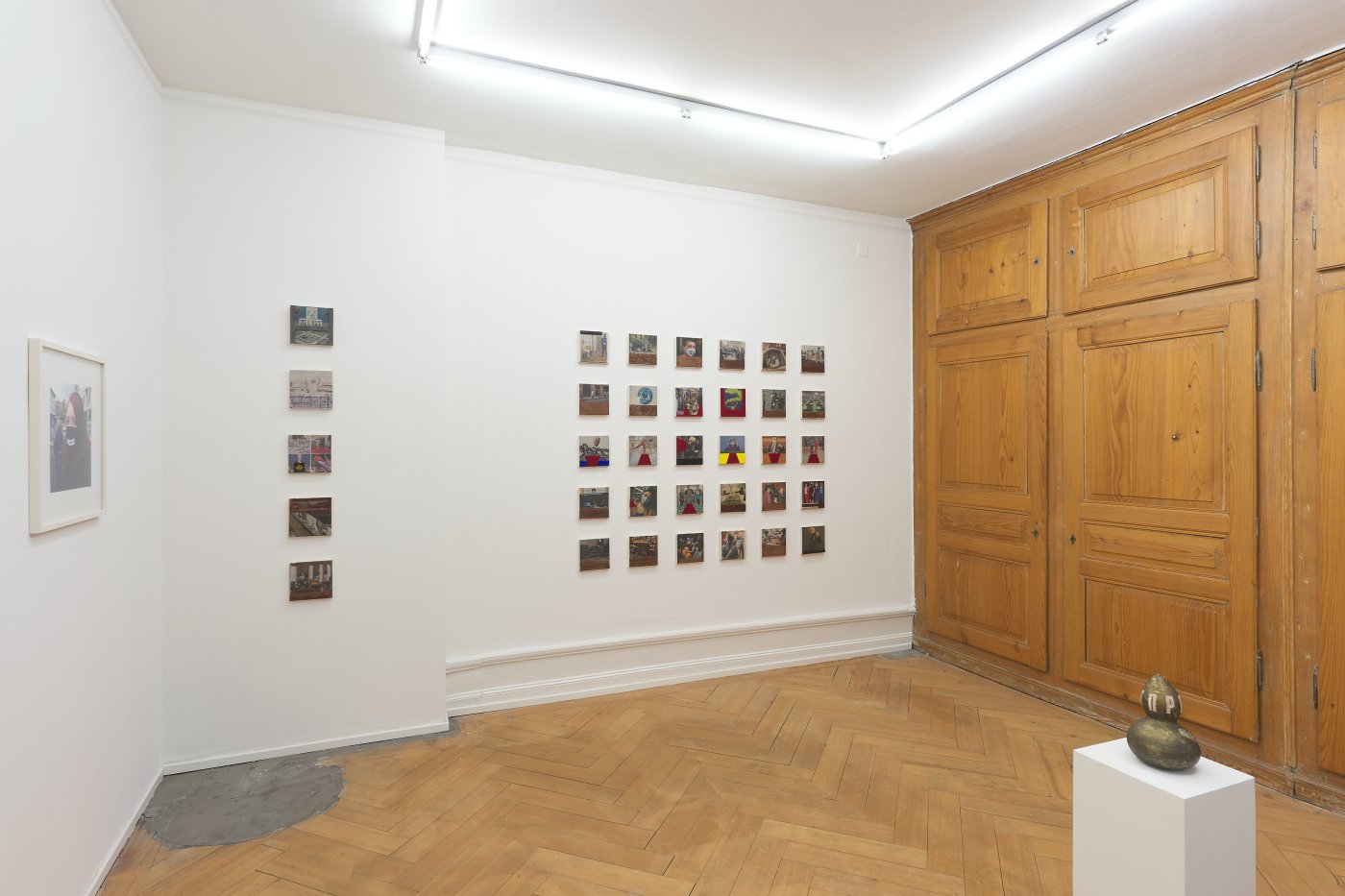 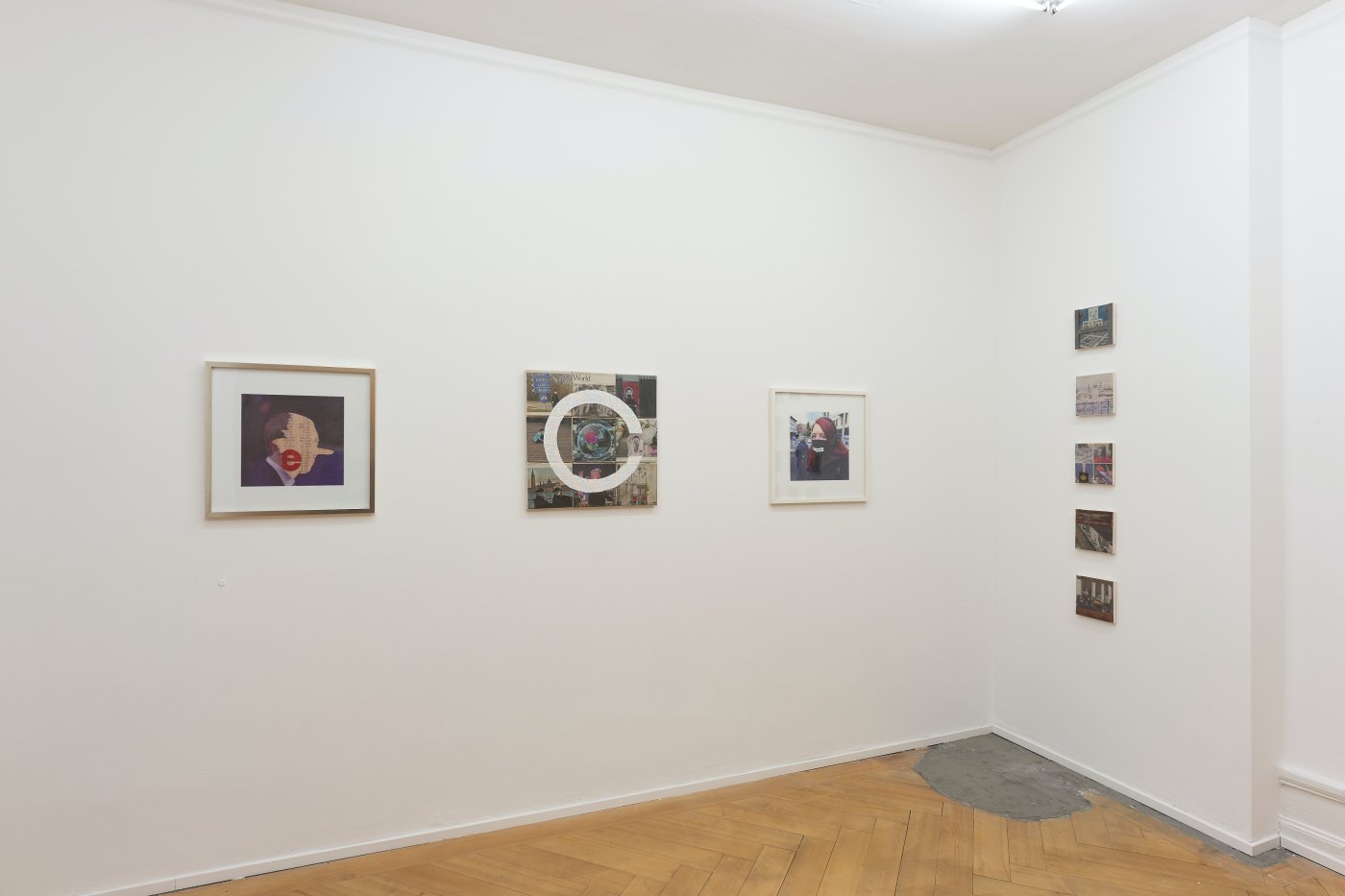 Ian Anüll (born 1948; lives and works in Zurich) uses various techniques and media such as photography, sculptural objects and sculptural installations. The diverse materials he deploys are often found objects from the worlds of consumerism, mass media, signs and nature. Anüll reinvents and recalibrates familiar signs and symbols in ingenious ways, subtly alienating and transforming them, with shifts in context that reveal surprising new forms of interpretation.

Pia Fries, born in Beromünster LU in 1955, has been living and working in Düsseldorf for many years. A leading light of European abstract painting, her bold painterly approach shows colors, forms and structures as individually organized constructs, abandoning traditional systems of order and values. The paint converges and merges, forming pathways, traces and fluid movements that lend form to the whole. In recent years, Pia Fries has also adopted structures from found images, screen-printing them onto the carrier and using this as the starting point for her painting.

Christian Lindow was born in Thüringen/Germany in 1945 and settled in Bern in the late 1960s. After working on geometric sculptures and conceptual photography, he later began painting in an illustrative style. Soon, he began applying the paint more thickly, with broader, brisker and more gestural strokes, lending his paintings, which consist mostly of a single motif, an overall architectural feel. Christian Lindow died in Bern in 1990. His estate is represented by Mai 36 Galerie.

Harald F. Müller (born 1950 in Karlsruhe) lives and works by Lake Constance. His oeuvre includes photography, painting and sculpture, often in combination with architecture. Photographic materials, gathered through extensive research in archives and libraries, form an integral part of his colorful, sculpturally-inclined and mostly multi-part wall pieces. In addition, Müller often works with architects to create color concepts for buildings as well as creating color-oriented sculptures for public spaces.

The oeuvre of Christoph Rütimann (born in Zurich in 1955, lives and works in Mühlheim TG) ranges from performance art to word and sound installations, from photo and video work to drawing, painting and sculpture. He constantly questions the fundamental parameters of these diverse artistic media. For all their

The visual work of Albrecht Schnider (born 1958 in Lucerne, lives and works in Hilterfingen BE) emerges between the two poles of drawing and painting, starting with a spontaneous sketch and developing into a painting of almost iconic radiance. The drawings are created with maximum freedom and independence, unburdened by any primary aim to compose or design, but instead allowing the line to flow directly from the hand, as in a kind of écriture automatique.

The image itself lies at the heart of the artistic output of Rémy Zaugg (born 1943 in Courgenay JU) and forms the basis for exploring the meaning of perception, its conditions and limitations. For Zaugg, the artwork could not exist without perception. He used this as a stylistic means of addressing and discussing fundamental issues in his images, texts and projects. He died in Basel in 2005.

Courtesy of the artists and Mai 36 Galerie, Zürich