Celeste Dupuy-Spencer: But the Clouds Never Hung So Low Before

Celeste Dupuy-Spencer: But the Clouds Never Hung So Low Before

Galerie Max Hetzler presents the solo exhibition But the Clouds Never Hung So Low Before with recent paintings by Celeste Dupuy-Spencer at Goethestraße 2/3. This is the artist’s first solo exhibition outside of the USA, and with the gallery. 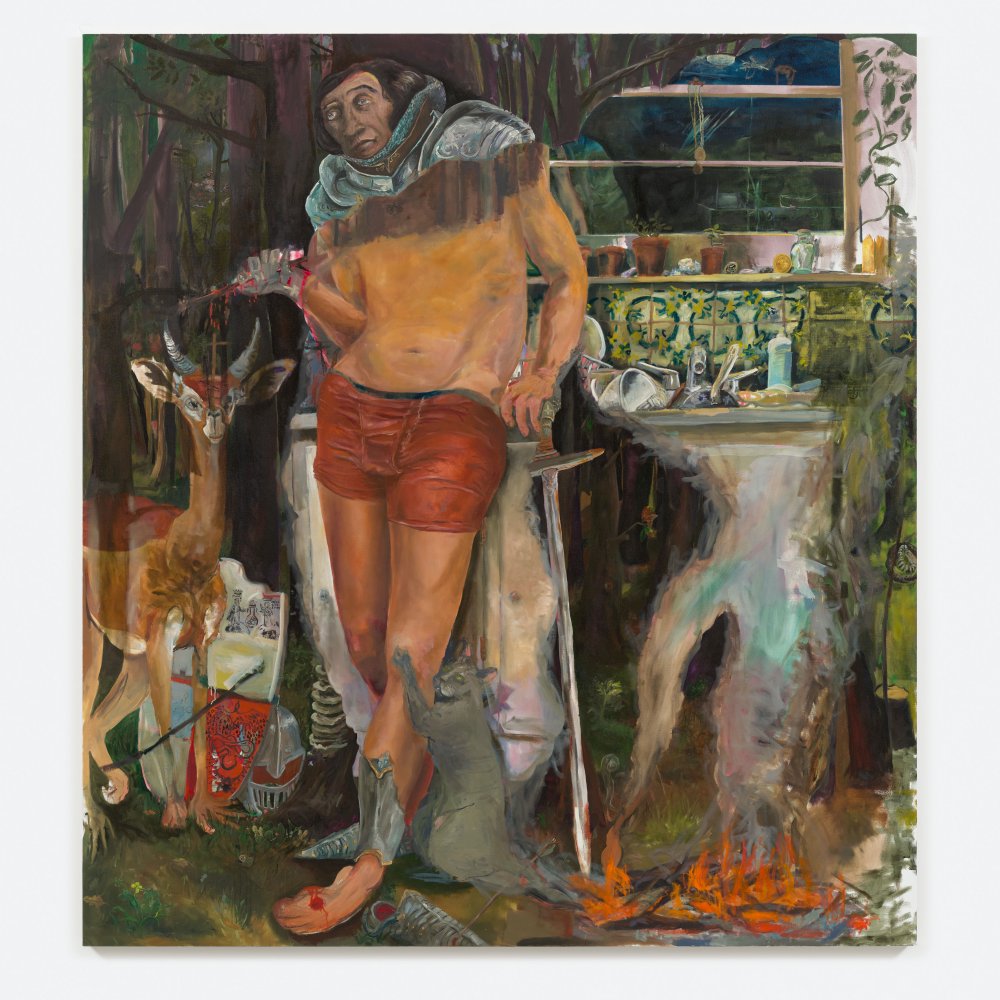 Celeste Dupuy-Spencer
And the Dawn Don’t Rescue Me No More, 2020 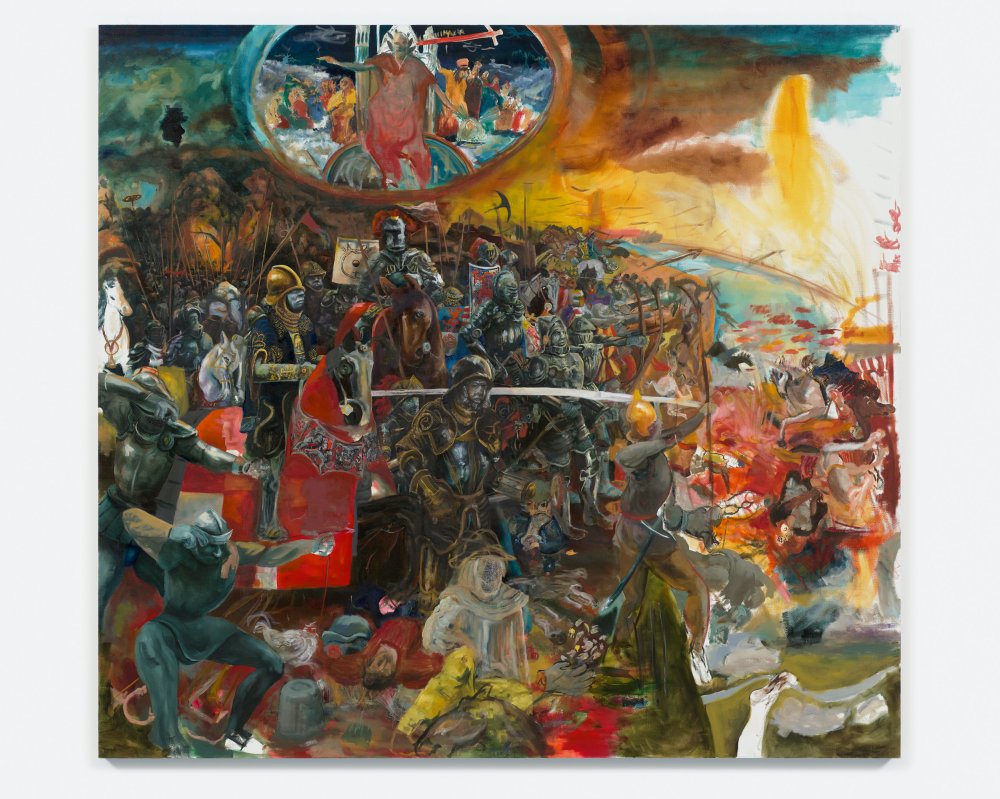 Celeste Dupuy-Spencer
There’ll Be Nobody Hiding (When That Rough God Goes Riding), 2020 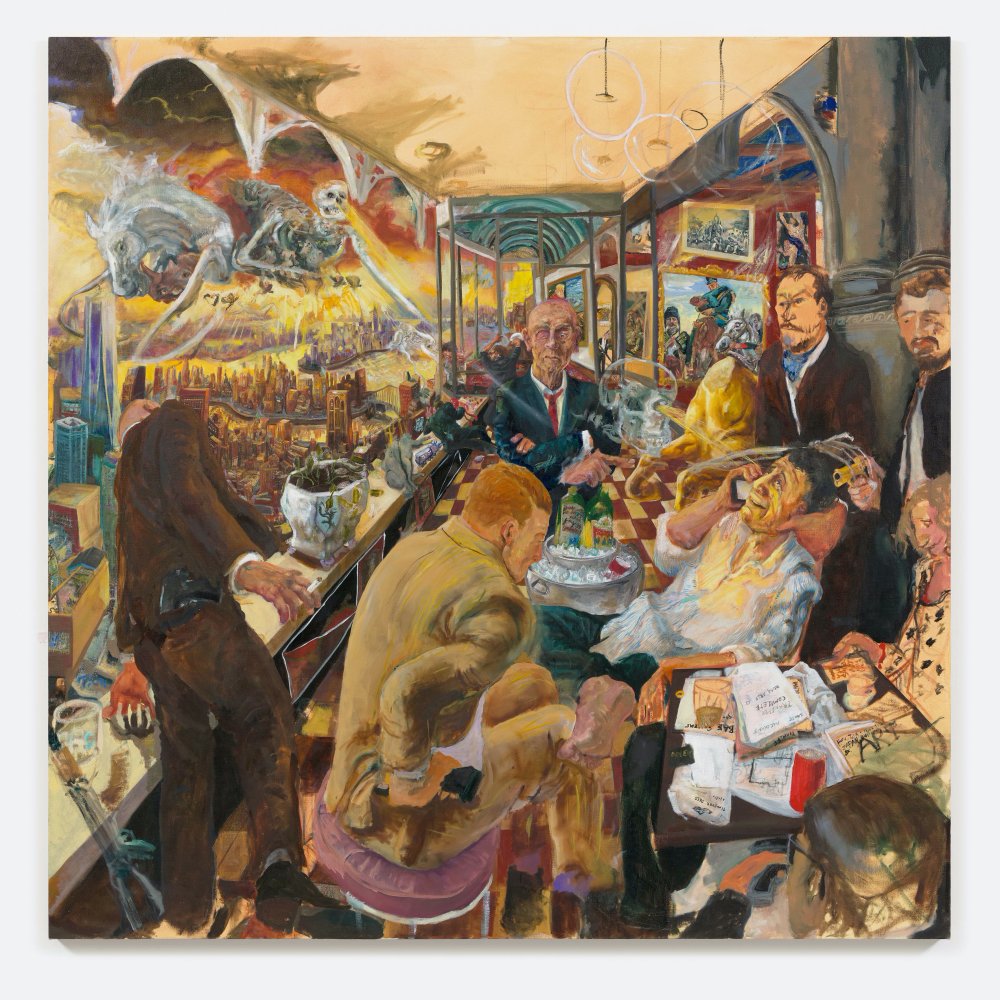 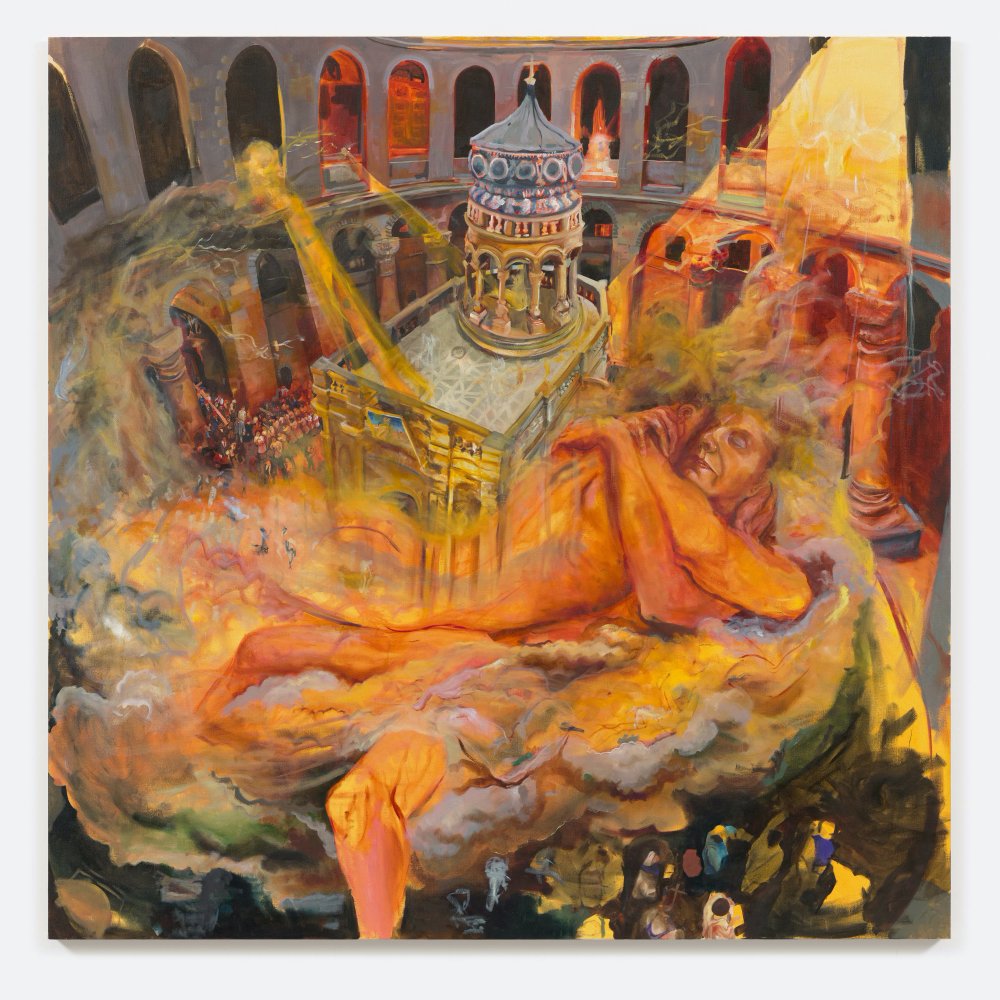 Celeste Dupuy-Spencer
To the Dust of the Bones of the Once Endlessly- Resurrecting, 2020 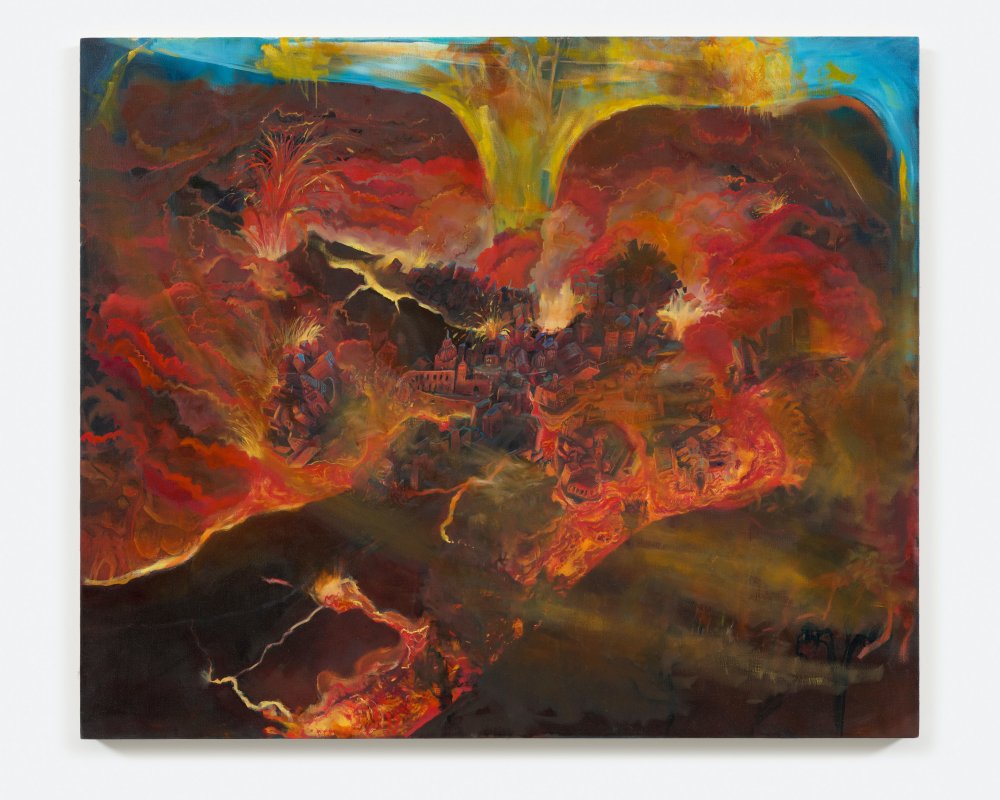 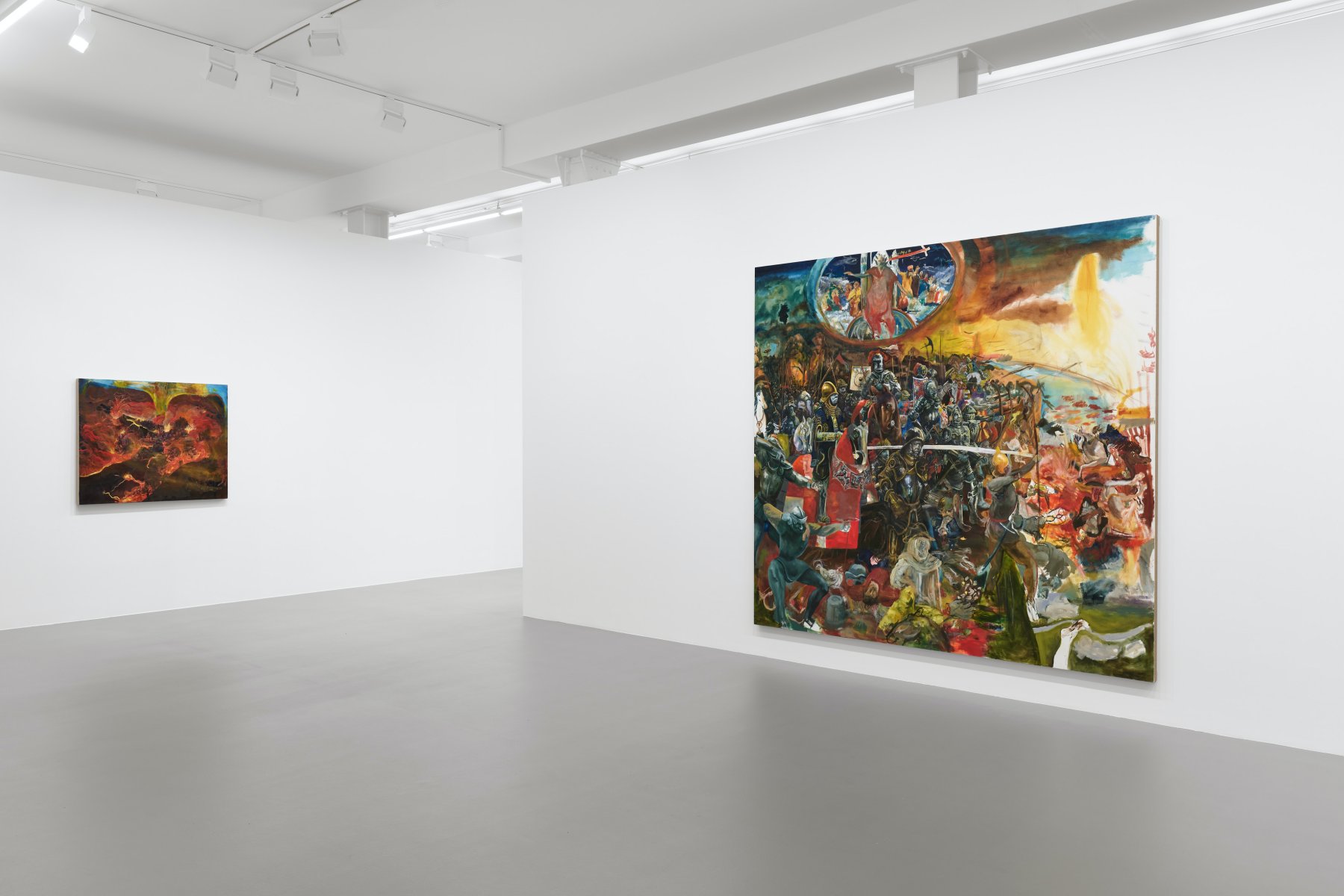 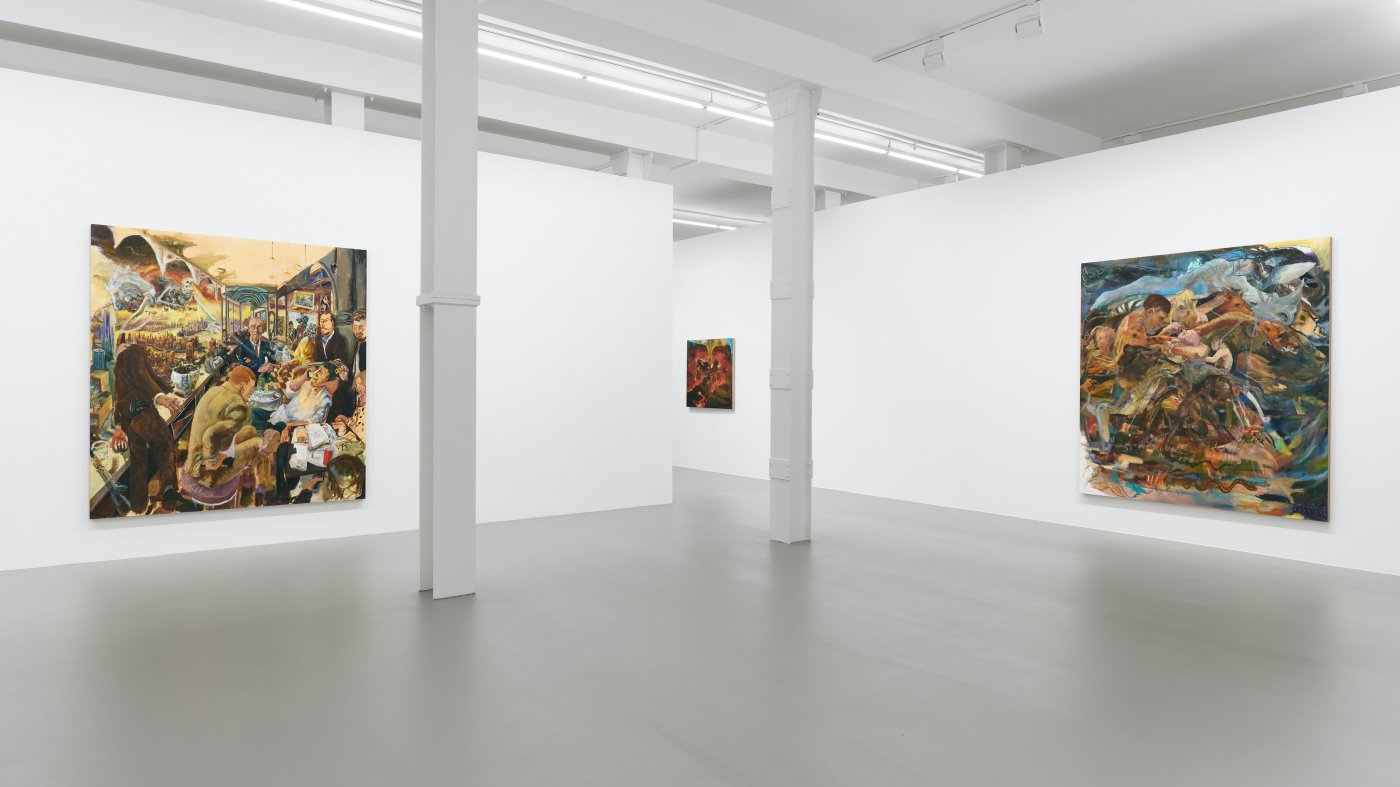 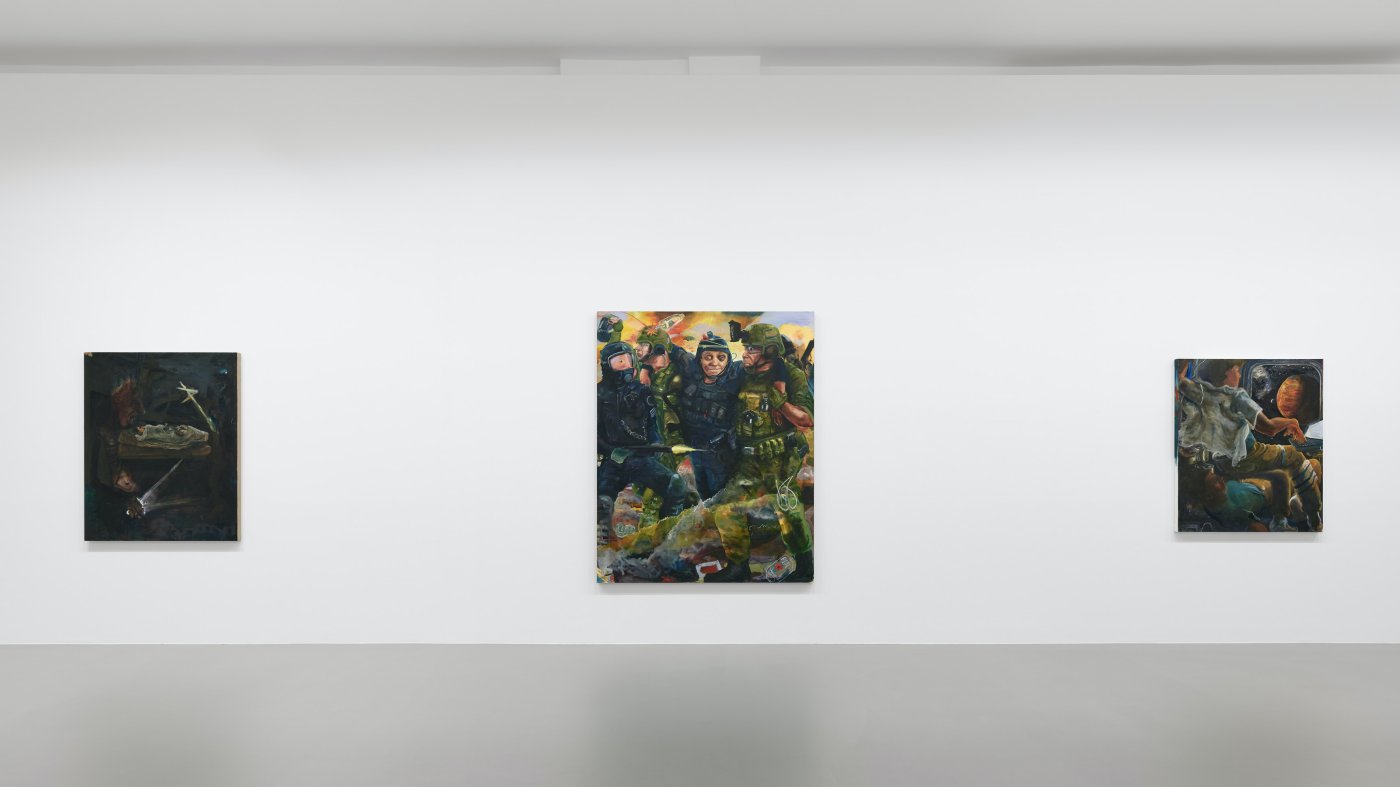 Celeste Dupuy-Spencer creates blistering paintings, loaded with a complex mix of iconography, drawn from the real and the imaginary. The artist grapples with urgent and fundamental issues through the symbolic and at times historical nature of its subjects. Both unflinching and empathic, Dupuy-Spencer gives life to arresting compositions that can be bleak and troubling, at times softer and endearing, in which the worldly and the extraordinary, the holy and the base, merge to present a multitude of possible meanings and narratives.

The paintings exhibited at Galerie Max Hetzler are filled with rich, hyper-narratives which do not cohere into one style, or iconographic concern. Pulling the viewer in different directions, the works form a fragmented, challenging panorama, speaking of humanity in all its duality and contradiction, as it relates to religion, politics, or nature. Moving between the literal and the existential — tensions vital in Dupuy-Spencer’s practice — the works provide an immediate and powerful emotional impact on the viewer, as they come together to explore a range of feelings, from love and hope, to fear, loss, and pain.

There is a strong religious theme running through the exhibition — a subject which has come to the fore of Dupuy-Spencer’s interrogation of contemporary experience, in recent years. Included are depictions of Christ and significant places tied to his figure and history such as the Church of the Holy Sepulchre in Jerusalem and the Messiah’s presumed tomb site nearby. As such, they seek to generate an open discussion around beliefs surrounding the divine, and how they constitute the foundations of our society.

Further works include apocalyptic scenes, such as a seascape in the aftermath of a devastating oil spill, with towering pillars of smoke and birds shown migrating away, and a monstrous volcanic eruption, with glowing lava spills engulfing an entire city. Linking to current affairs, these works hold a mirror up to the viewer, reflecting a society going up in fames. They are lucid and heart-breaking observations, which, devoid of excessive pathos or sentimentalism, reveal Dupuy-Spencer’s painting as an existential act, in a world slouching towards oblivion.