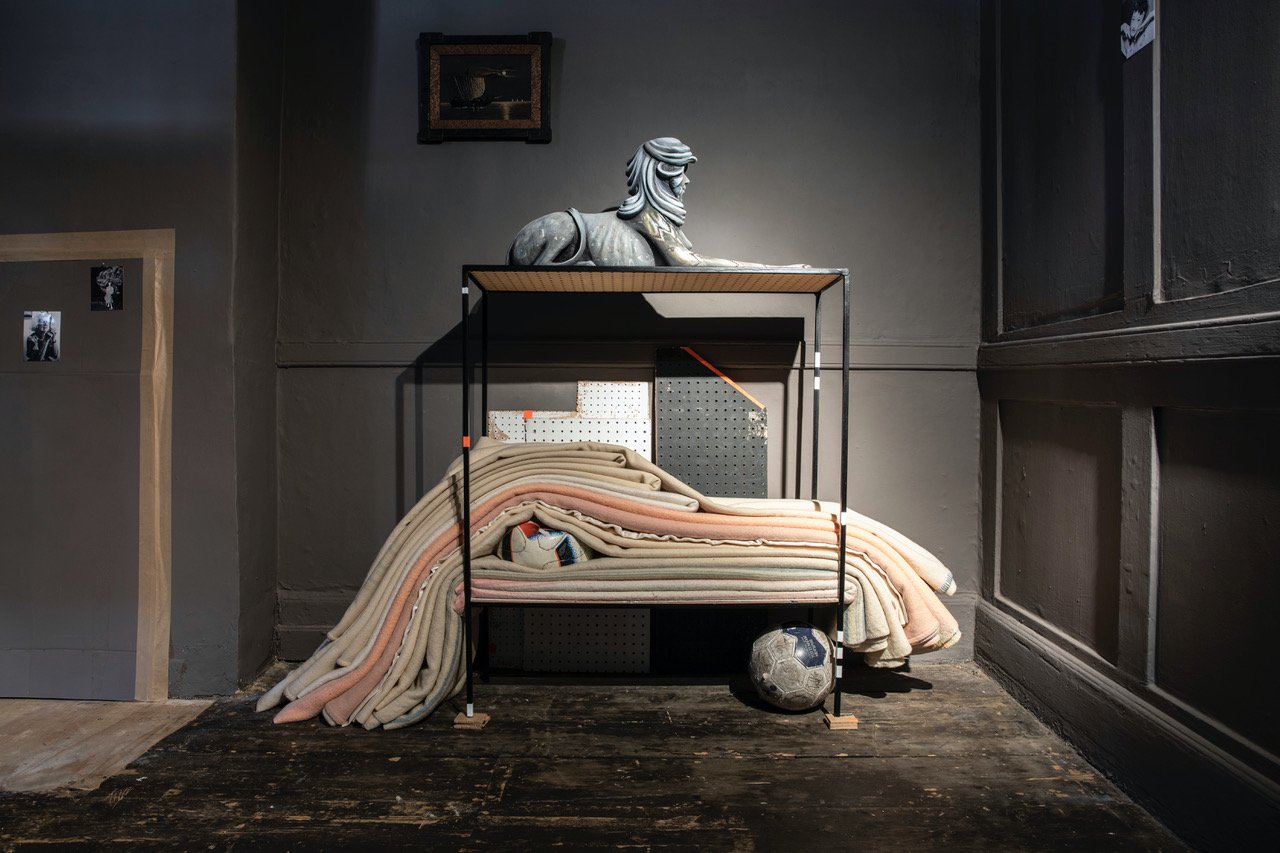 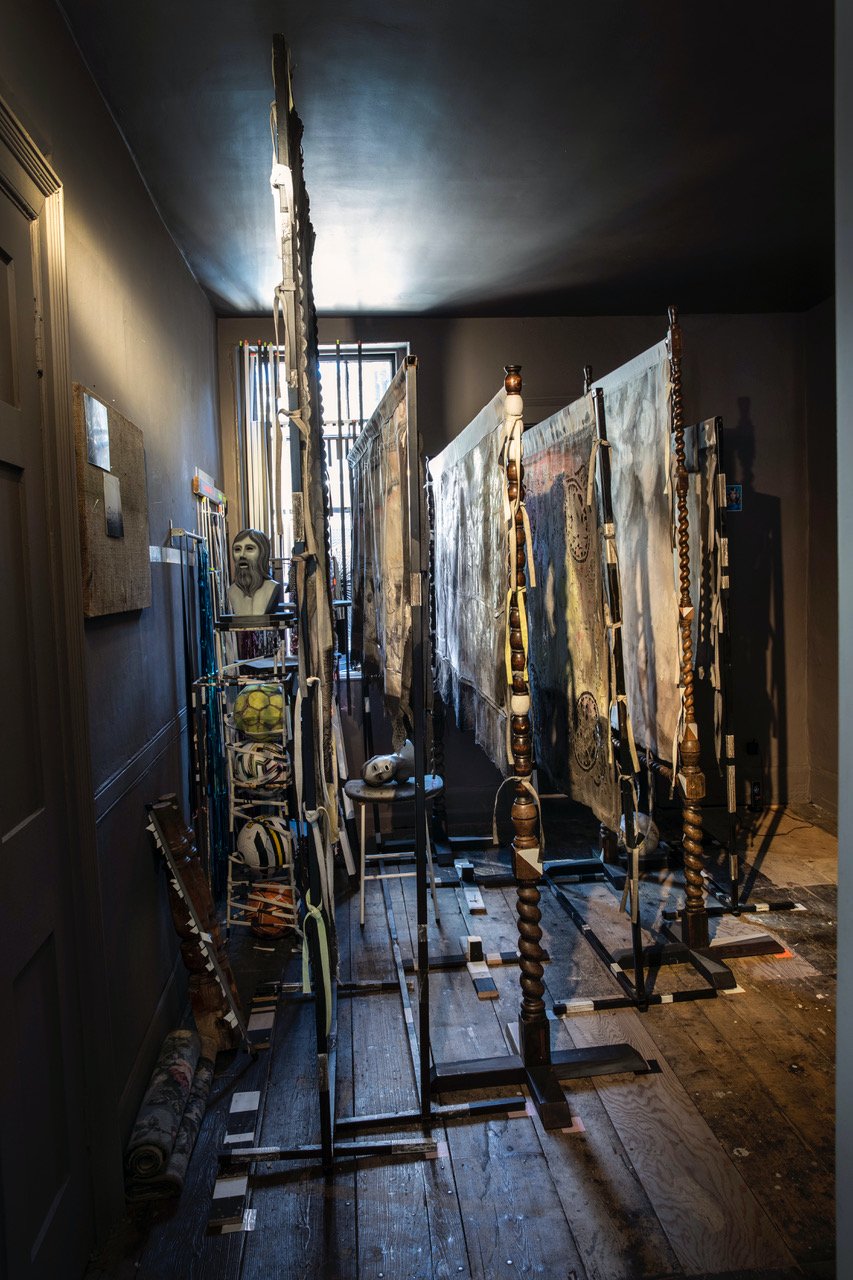 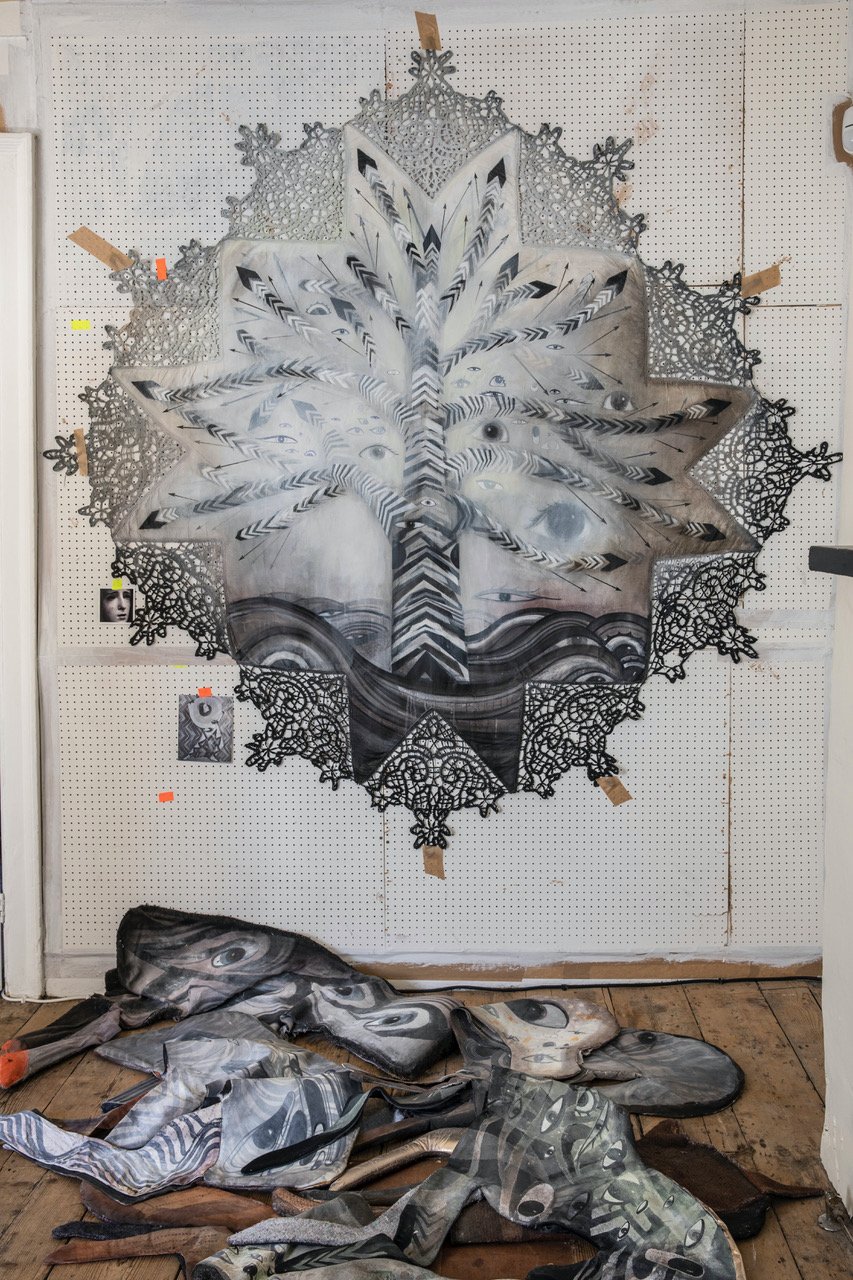 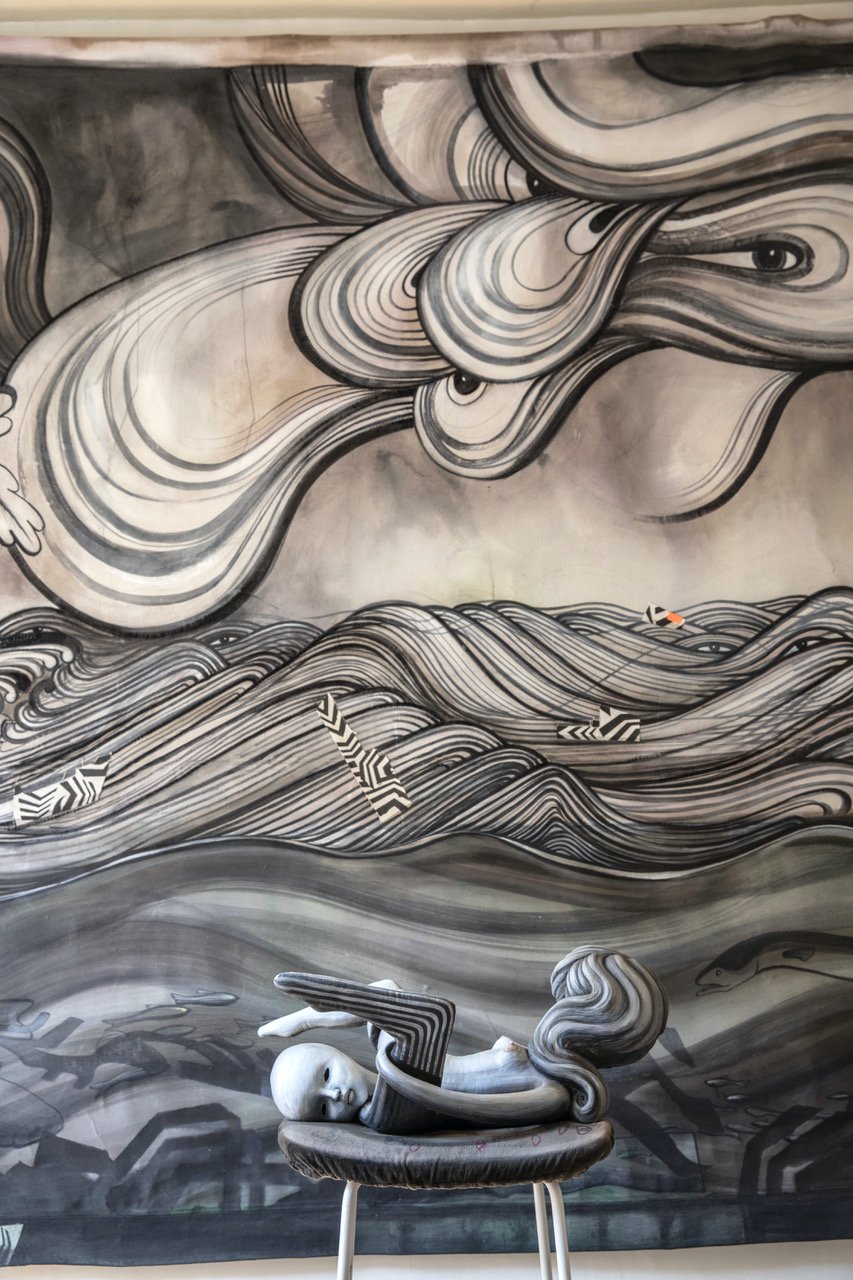 Pilkington’s installation presents the spectator with optically dazzling patterns and motifs that flow unconstrained across disparate decorated surfaces alternately emphasising or camouflaging three-dimensional form and volume in a kind of excessive Gothic Vorticism.

Interwoven themes of disintegration, death, rebirth and reparation reveal a reflexive picturing of the creative process itself, an extended poemagogic meditation on the inheritance of the Grand sculptural tradition filtered through lowly derivatives such as garden ornaments, toys and dolls. The result is a confusion of heterogenous styles and registers, a collision of folk culture and canonical high art motifs in a mass of dirty, glittery art historical laundry.

About Cathie Pilkington
Cathie Pilkington (b. 1968) is an artist whose work engages passionately and critically with the canonical history of figurative sculpture. Crossing the borders of traditional, modern and contemporary idioms, her work combines intensively modelled and painted sculptures within immersive installations comprising a diverse array of props, materials and studio furniture. Her site-responsive installations are balanced ambivalently between chaos and precision and have been described as a kind of art historical fly-tipping.