Thomas Dane Gallery presents the gallery’s first exhibition of American photographer Catherine Opie, with a presentation of new work from her ongoing series Portraits and Landscapes. This, her most recent body of work, draws inspiration from Old Master European portraiture and historical landscape photography, and is shown here for the first time in the UK. 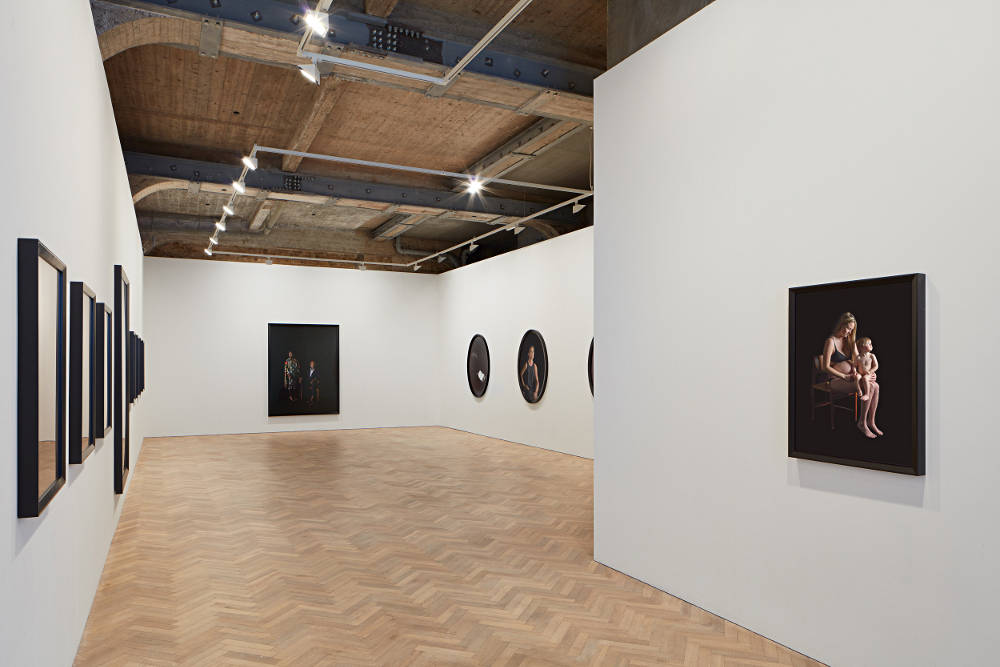 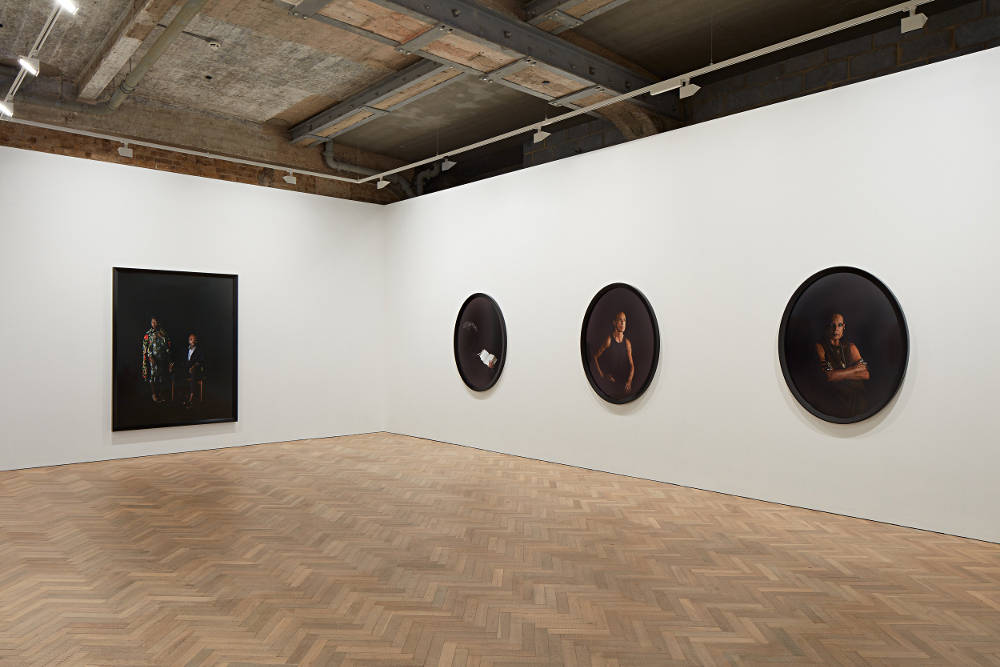 Catherine Opie is considered one of the leading photographers of her generation and one of the foremost documentarians of American life. Her practice, sometimes described as ‘social portraiture’ spans studio portraits, seascapes, landscapes, scenes of American domestic life, freeways, malls and political rallies. Opie shot to prominence in the mid 1990s with a spectacular sequence of studio portraits of her close friends from within the West Coast leather community: transvestites, transsexuals, drag queens, body manipulators and others who use the body as a site of sexual and aesthetic experimentation, creating a sequence of elegant, gorgeously coloured photographs that gave their subjects a regal dignity.

The language of painting has imbued the portraits Opie has made throughout her career, the compositions recalling the Old Master paintings she first saw as a young girl visiting museums throughout the Mid-West with her father. Portraits and Landscapes continues and deepens this dialogue with the past, the chiaroscuro, rich colour, sparse and formal compositions recalling European 17th century portraiture. Her sitters are posed in front of a black drop cloth and theatrically lit, the faces and expressions of her subjects rendered in intimate detail to create portraits that evoke the inner psychological space of both the viewer and subject. The viewer is encouraged to slow down and stare: in an age of image saturation and high-speed turnover of our visual environment these works demand our attention. With their formal classicism and technical mastery, Opie’s compositions immerse the viewer and seduce our eye, creating commanding, captivating and intimate studies of her friends and creative circle.

For the exhibition at Thomas Dane Gallery, Opie will present new studio portraits of fellow artists, friends and creative luminaries including David Hockney, Gillian Wearing, Duro Olowu, Thelma Golden and Isaac Julien amongst others, and revisits a subject which has recurred throughout her practice – the self-portrait – with a new work made in London this year. In turning her lens again to her peers, Opie reimagines and reinvigorates the genre, looking at fellow artists with an artist’s eye to create work of great intimacy and honesty.

Punctuating the portraits is a new abstracted landscape Untitled #15 (2017), which takes the iconic and recognizable scene of England’s white cliffs of Dover and through Opie’s eyes sees it anew, reducing the familiar and often-photographed subject to elementary abstract form. The result is lyrical and painterly, and rich in meaning, playing with our cognitive processing of the image, and ideas of authenticity in artistic representation. The familiar symbol of home and safety during the Wars and the emblematic frontier between the United Kingdom and the European mainland, the image takes on a new resonance as Britain prepares to leave the European Union. As elsewhere in Opie’s practice, these works are in continual dialogue with history, calling upon the legacy of American landscape photography, 19th Century notions of the sublime and engaging in a newer discourse around the ubiquity of vernacular photography.

Born in 1961 in Sandusky, Ohio, Catherine Opie received a BFA from San Francisco Art Institute and an MFA from CalArts. Since 2001, she has been a Professor of Fine Art at UCLA. Her work has been the subject of major exhibitions at the Wexner Center for the Arts (2015), the Institute of Contemporary Art, Boston (2011); Los Angeles County Museum of Art (2010); Guggenheim Museum, New York (2008); MCA Chicago (2006); and the Walker Art Center, Minneapolis (2002). Her work is held in many public and private collections internationally. Running concurrently with the exhibition at Thomas Dane Gallery is Opie’s first major European survey exhibition, at Henie Onstad Kunstsenter, Norway. Catherine Opie lives and works in Los Angeles.