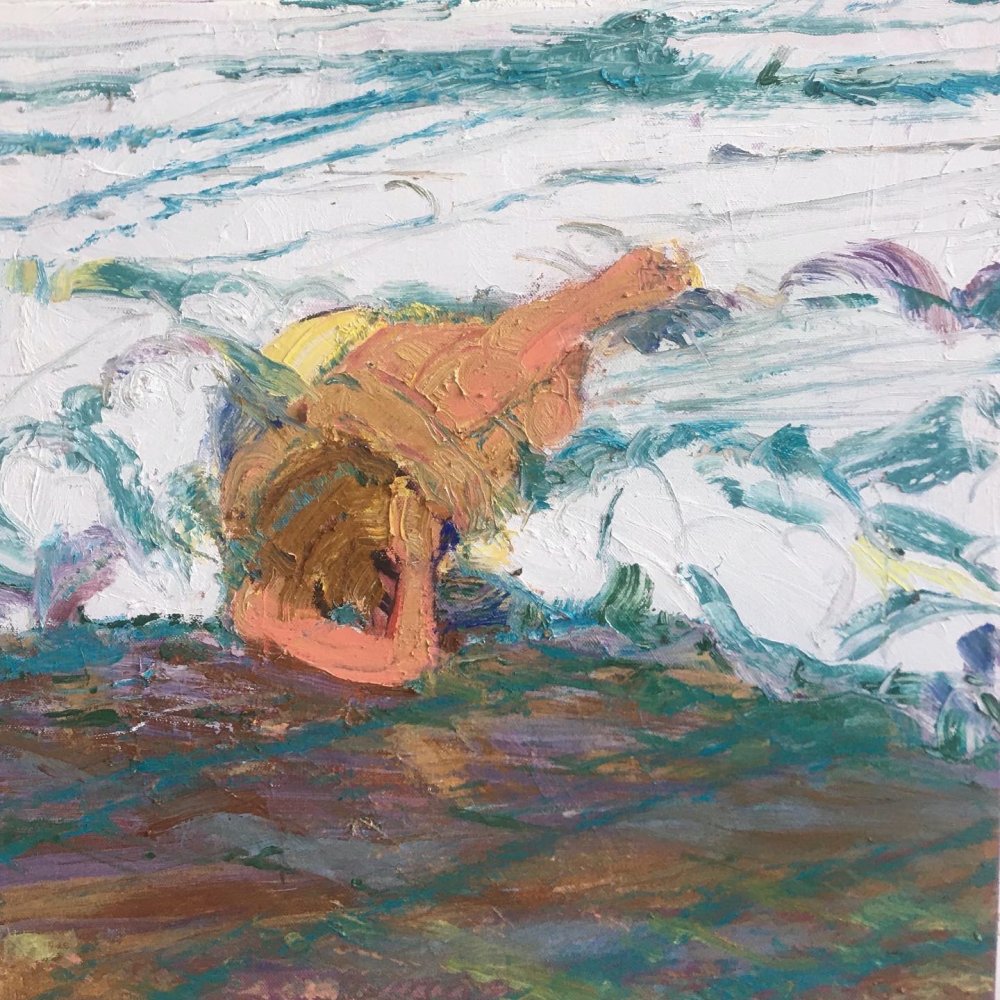 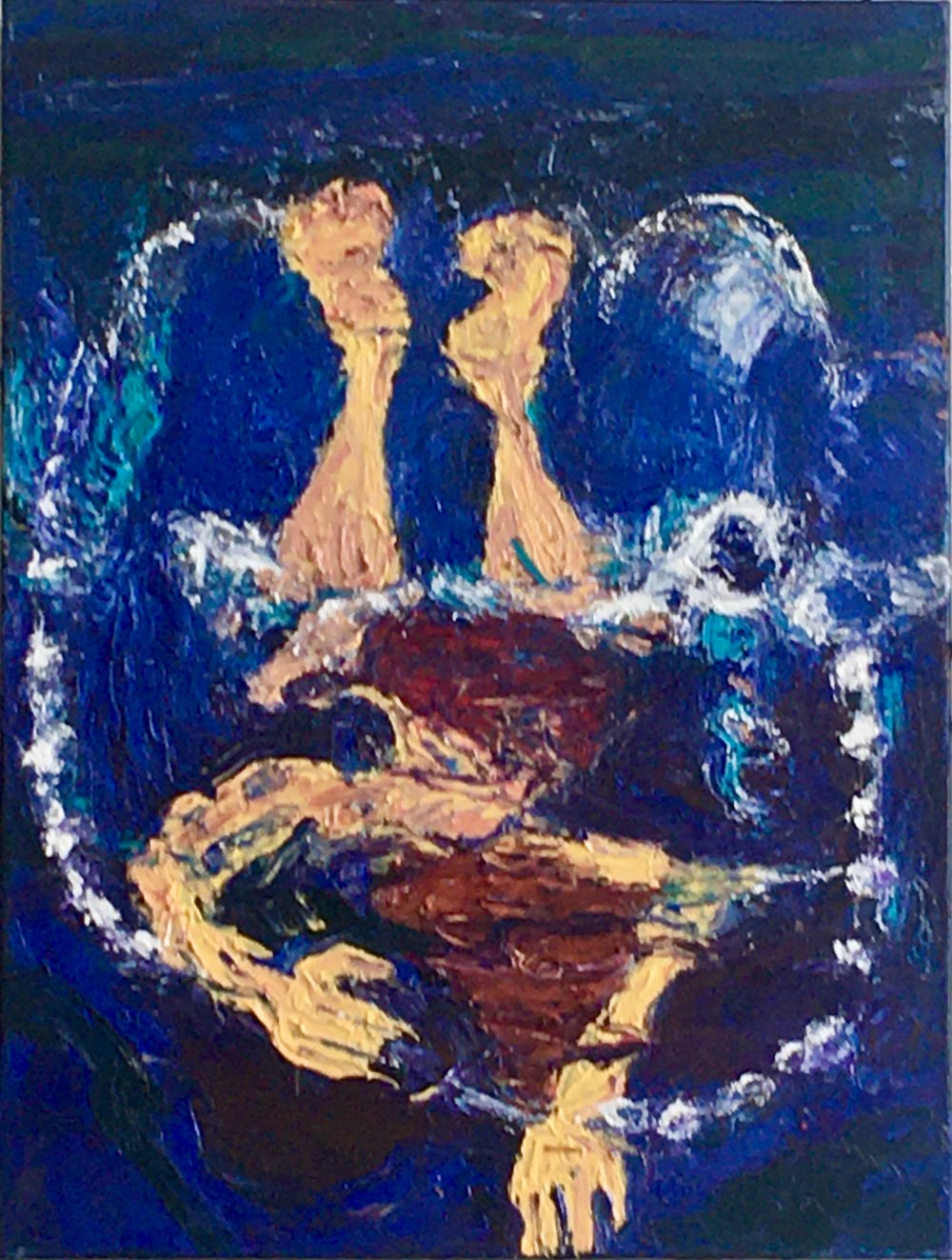 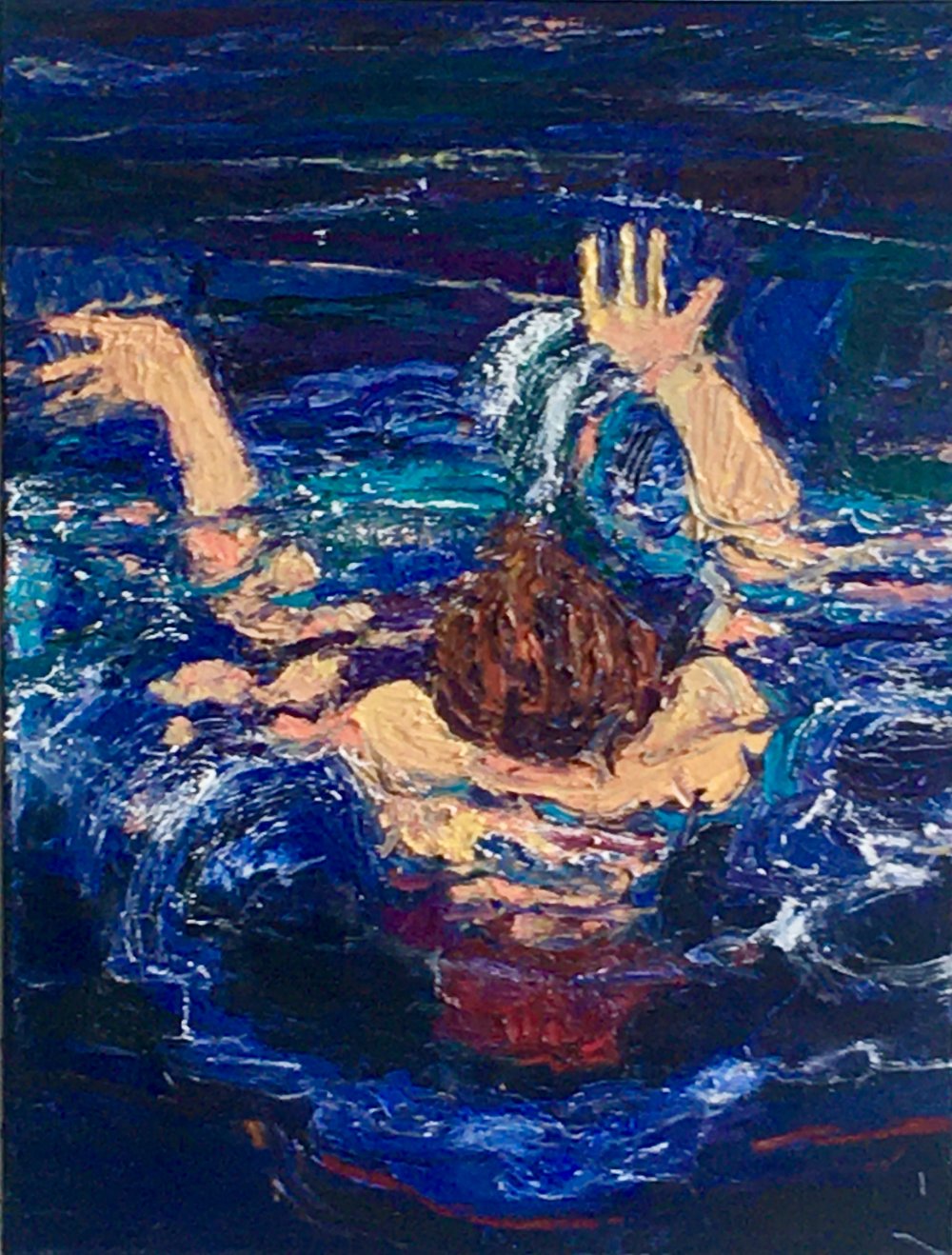 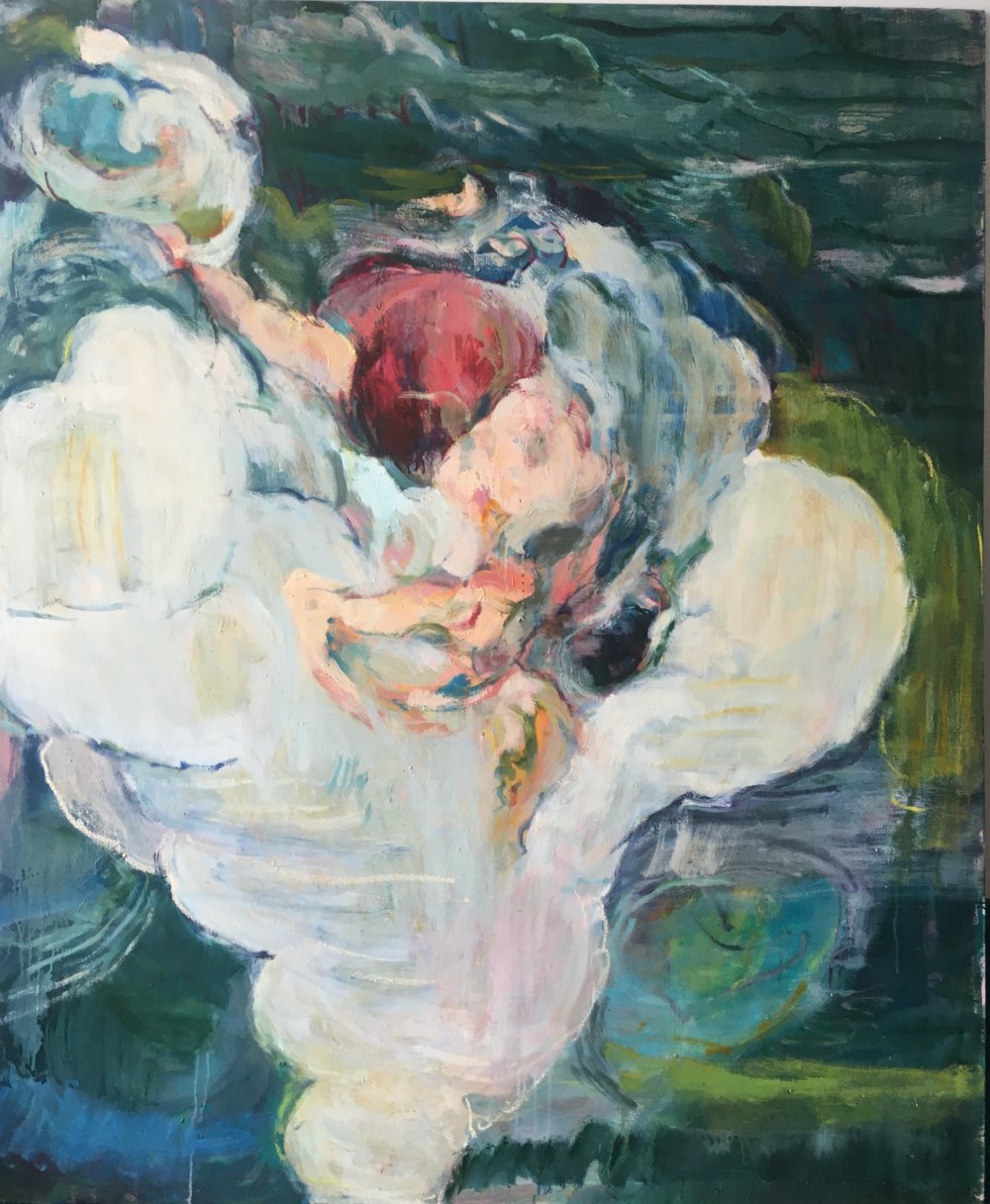 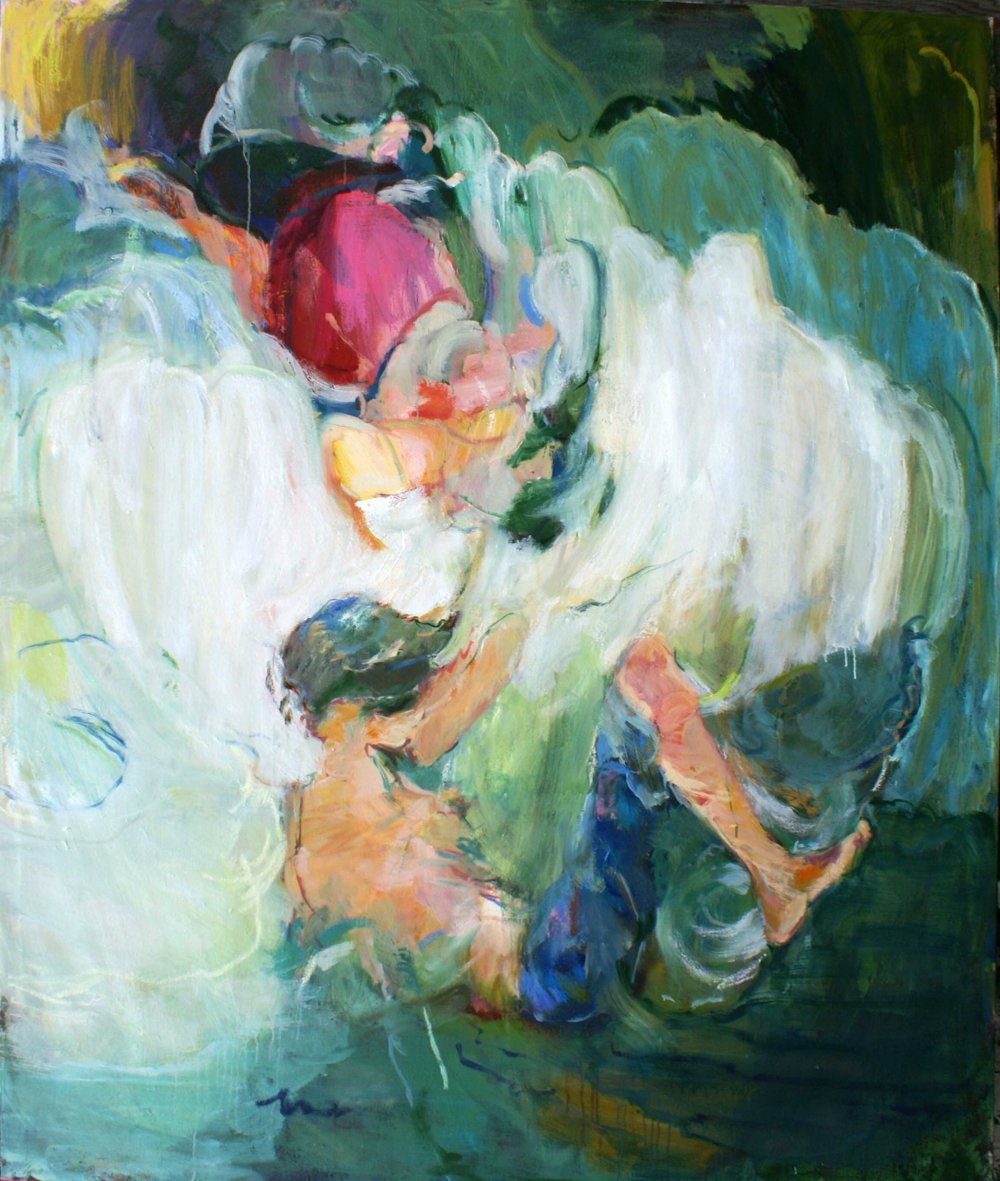 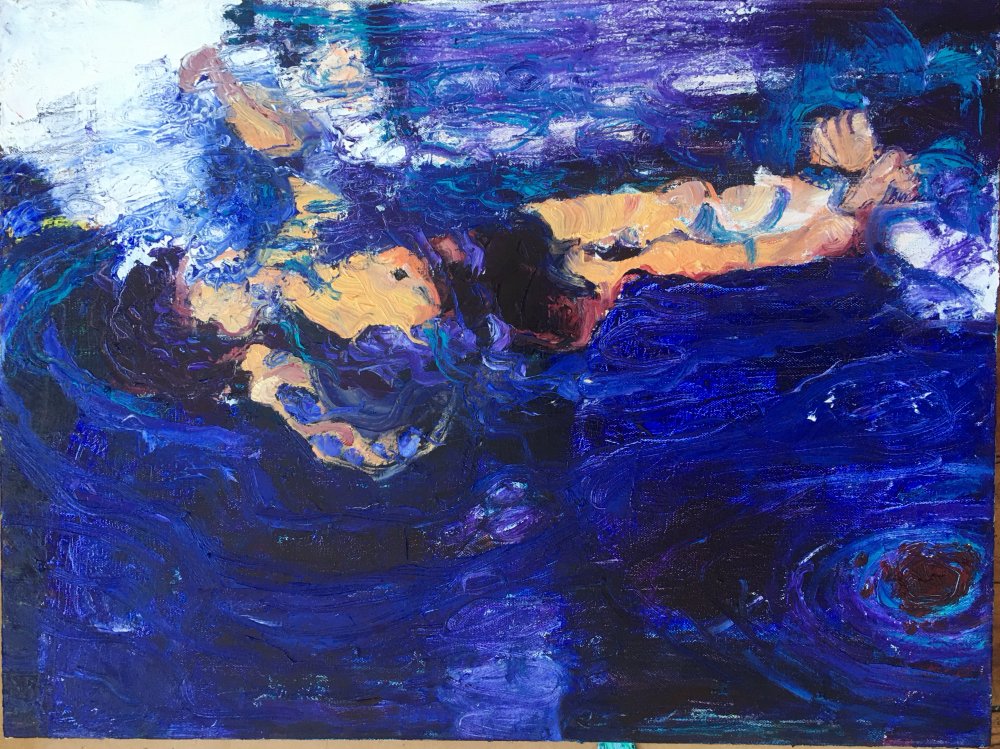 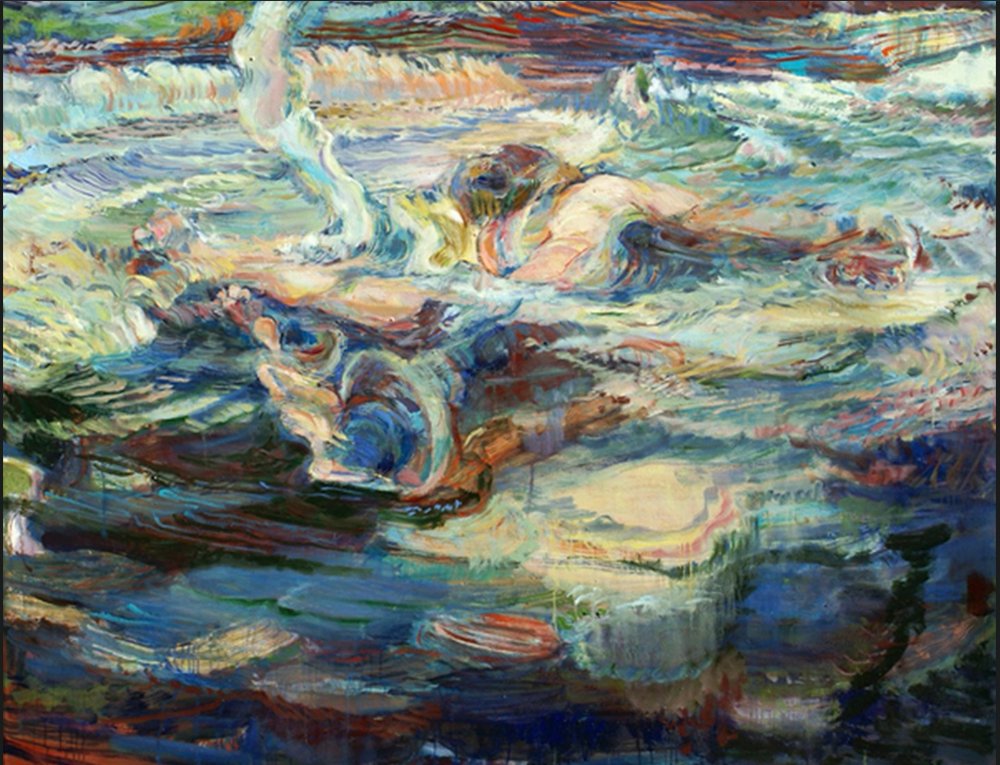 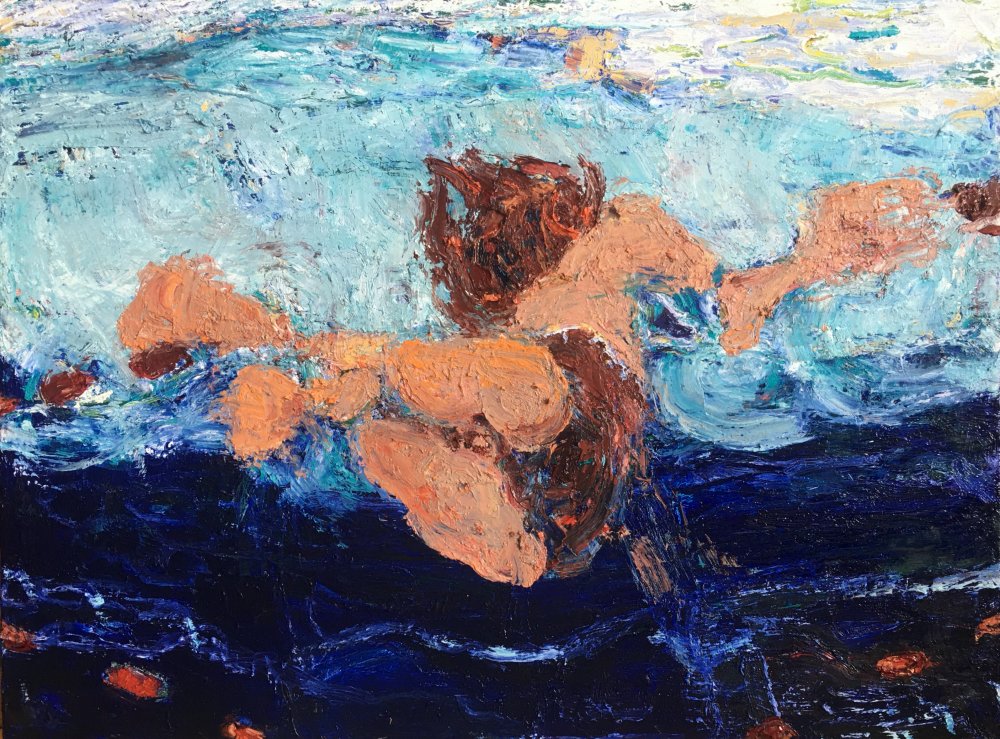 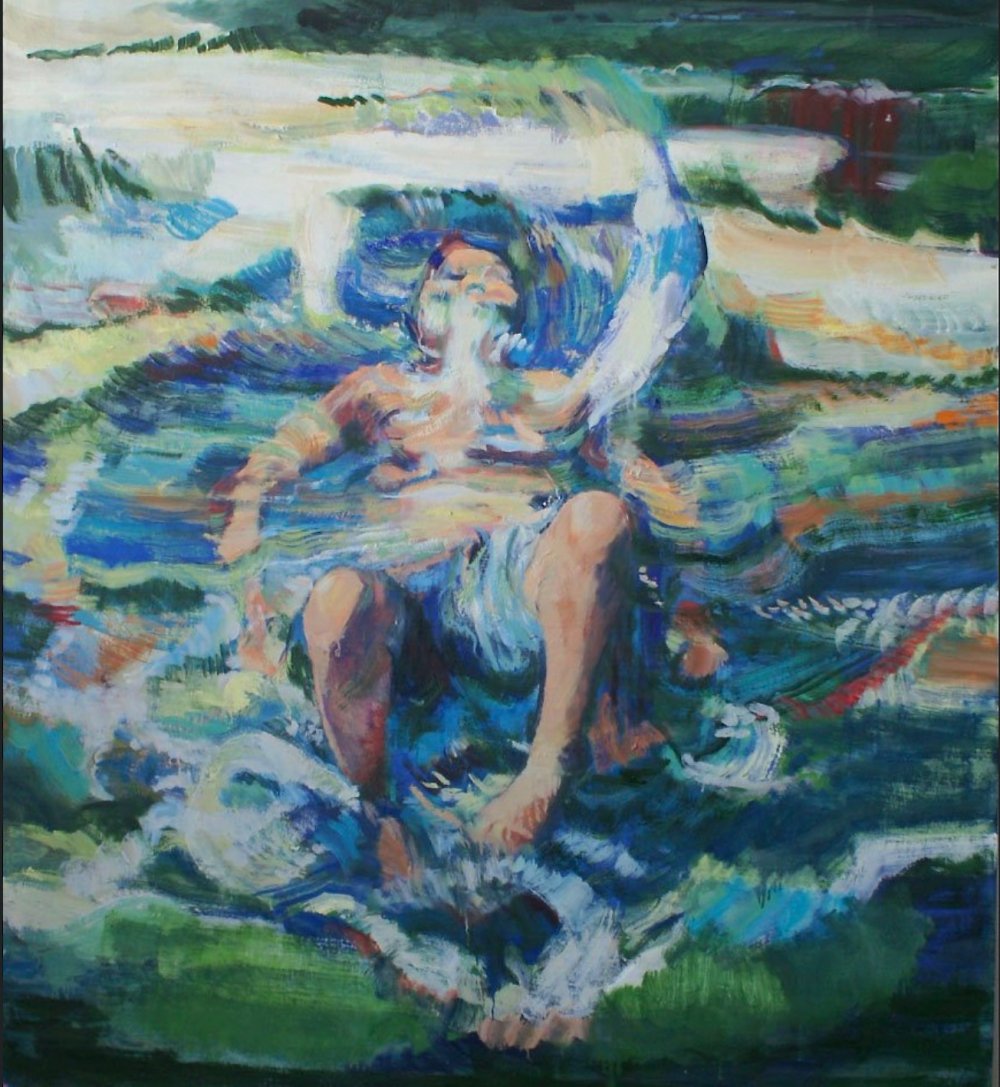 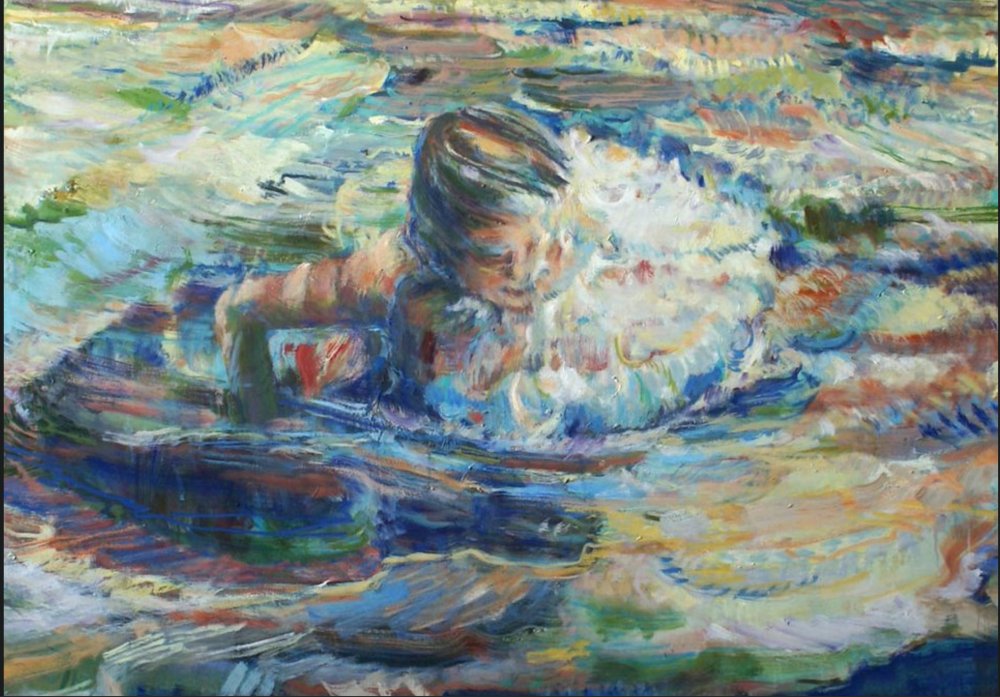 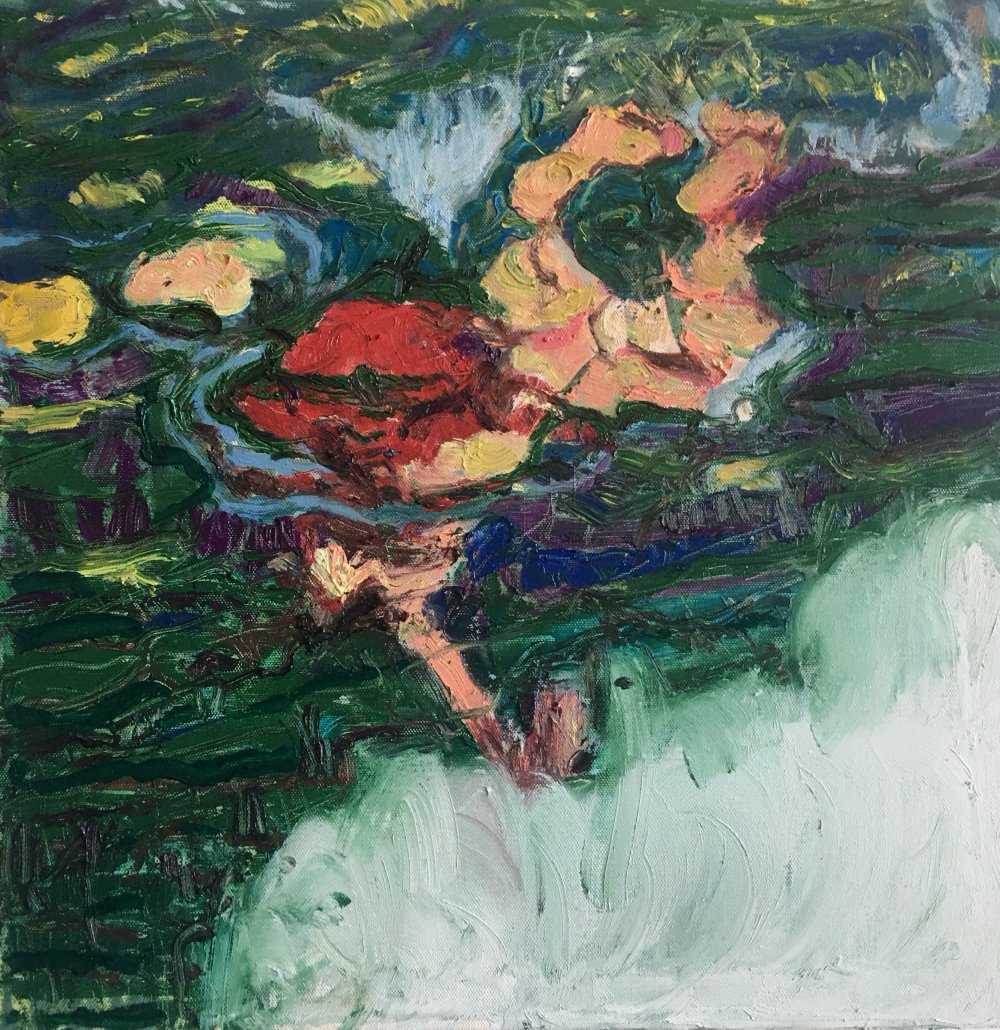 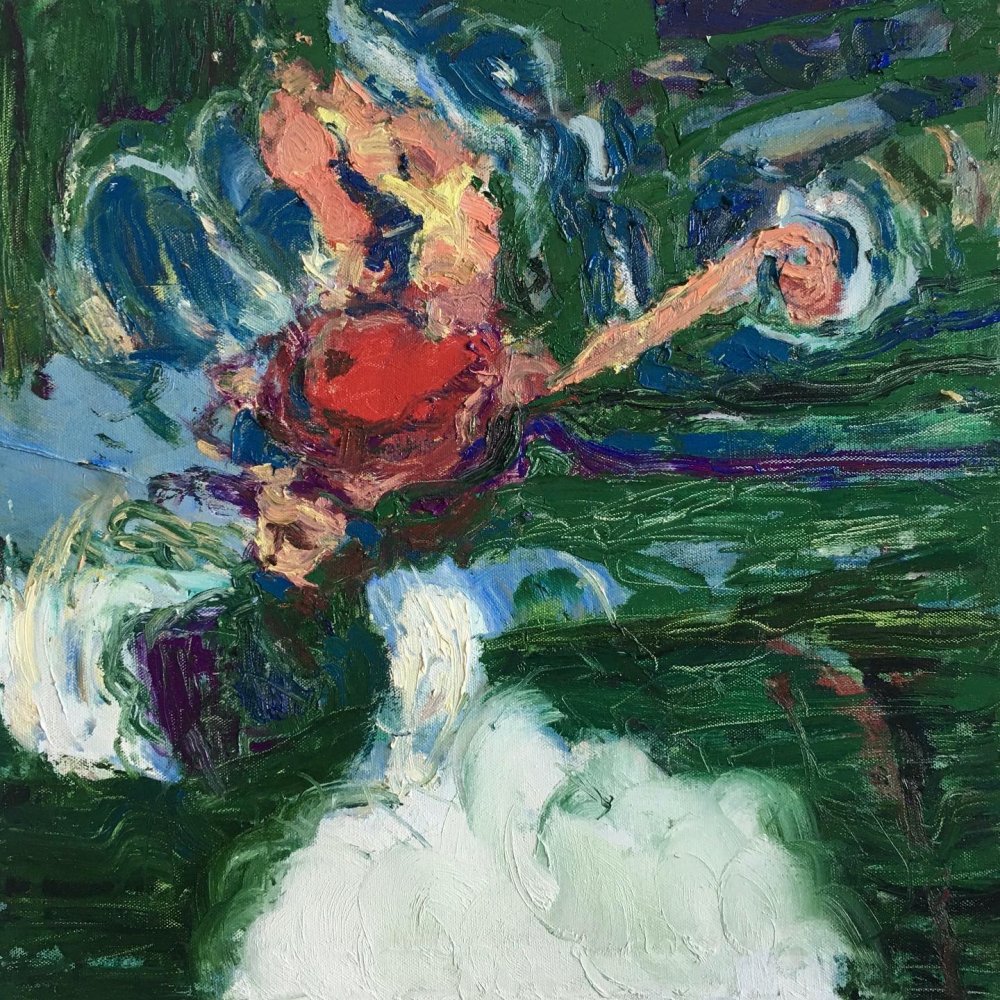 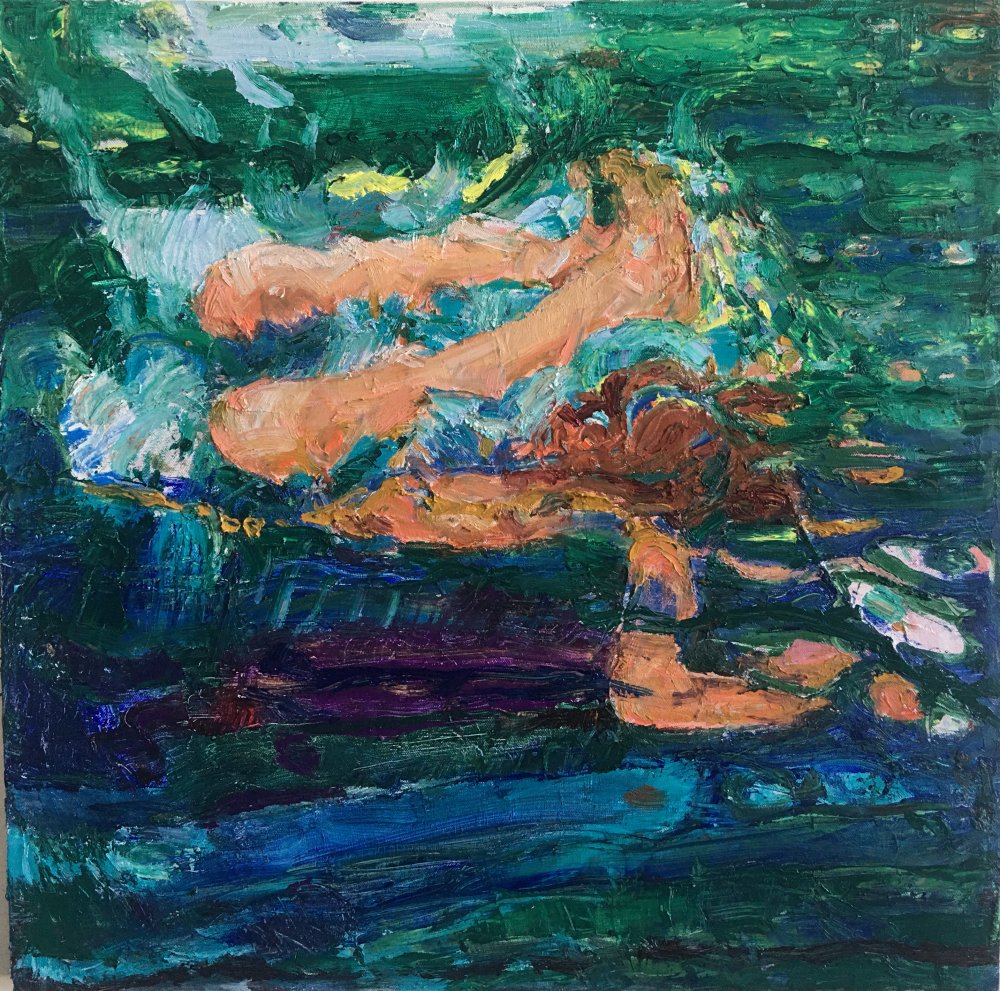 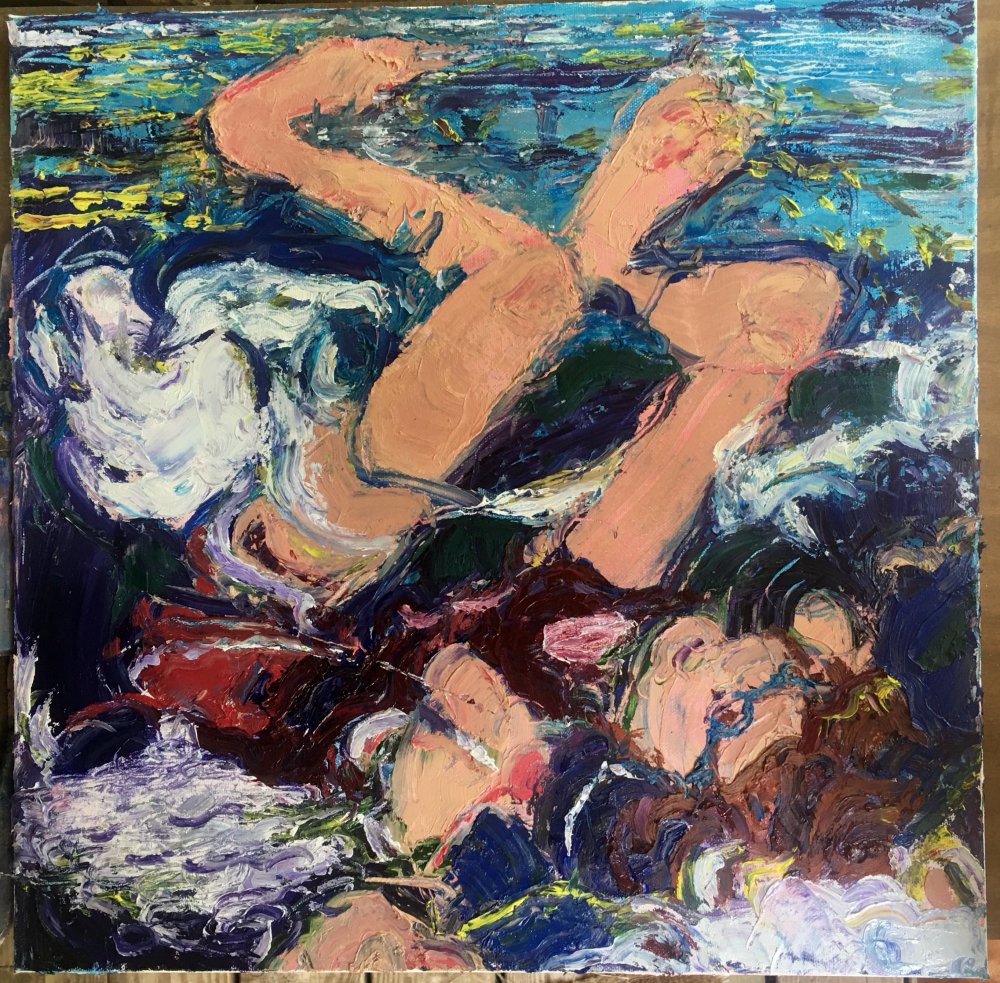 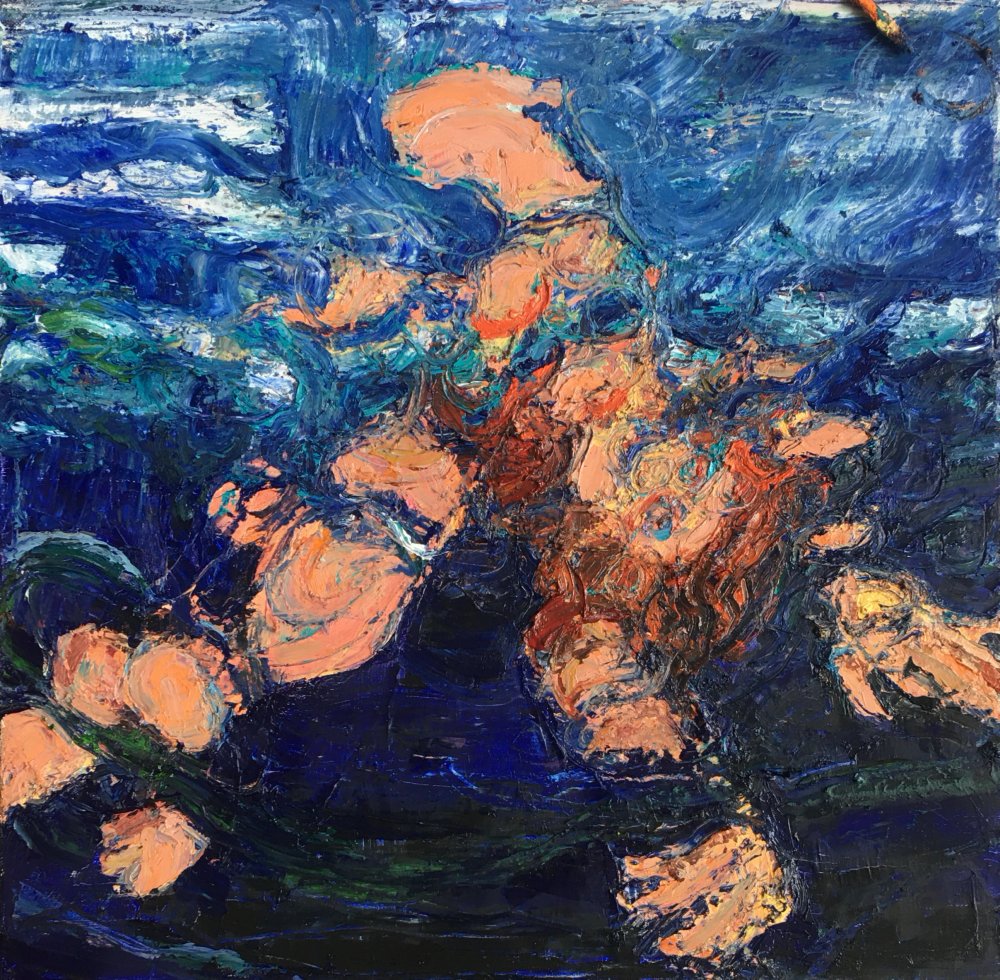 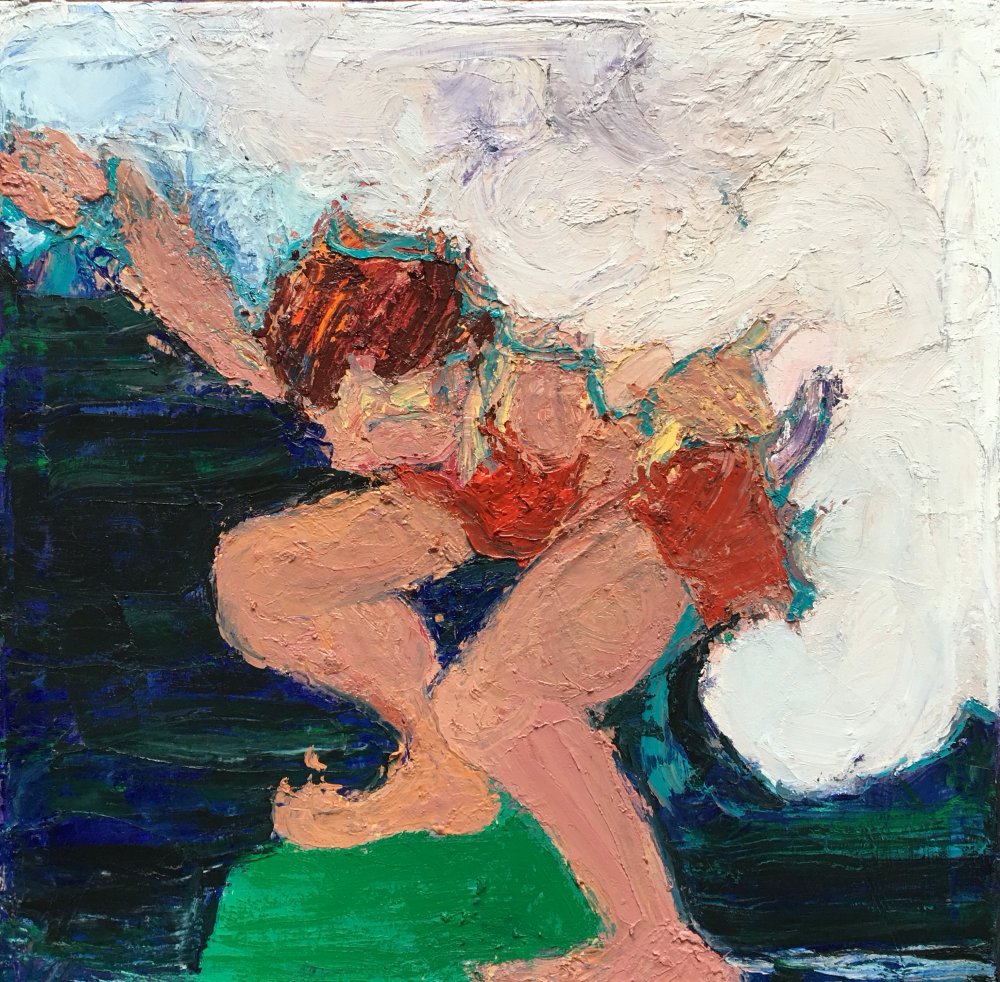 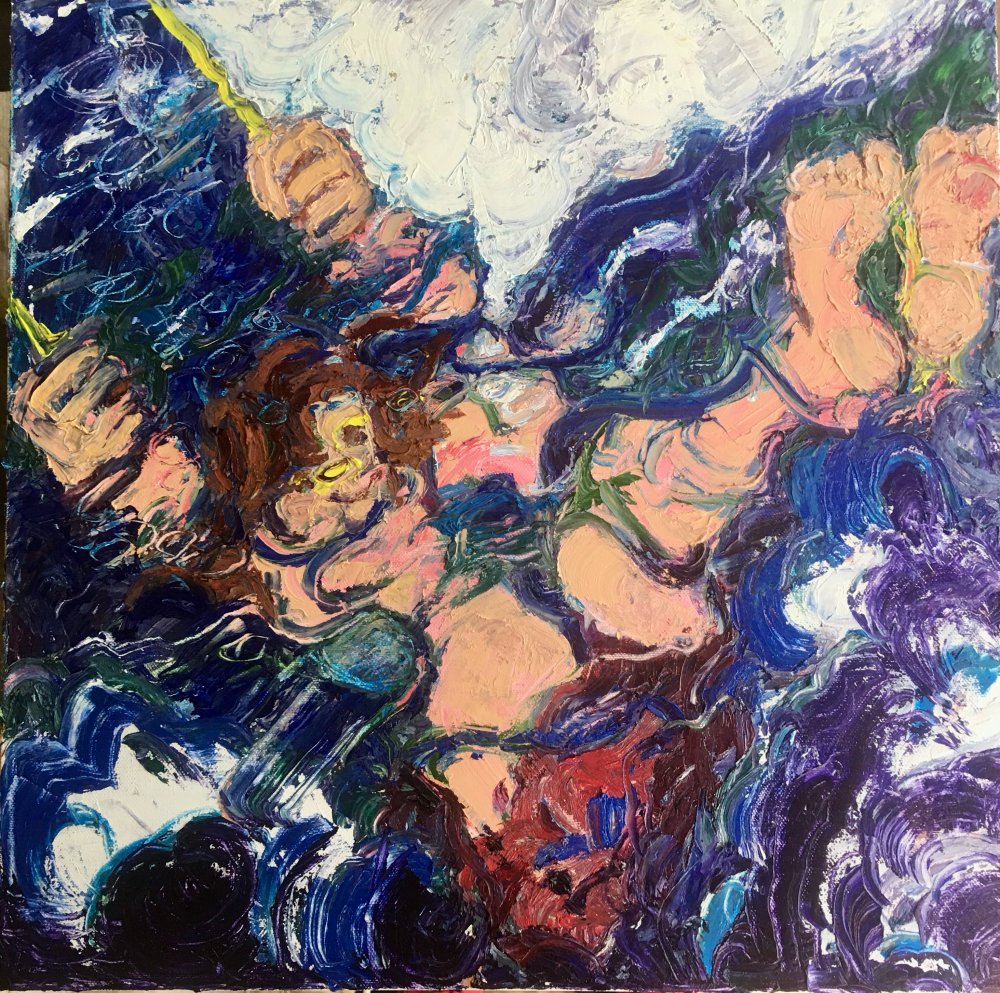 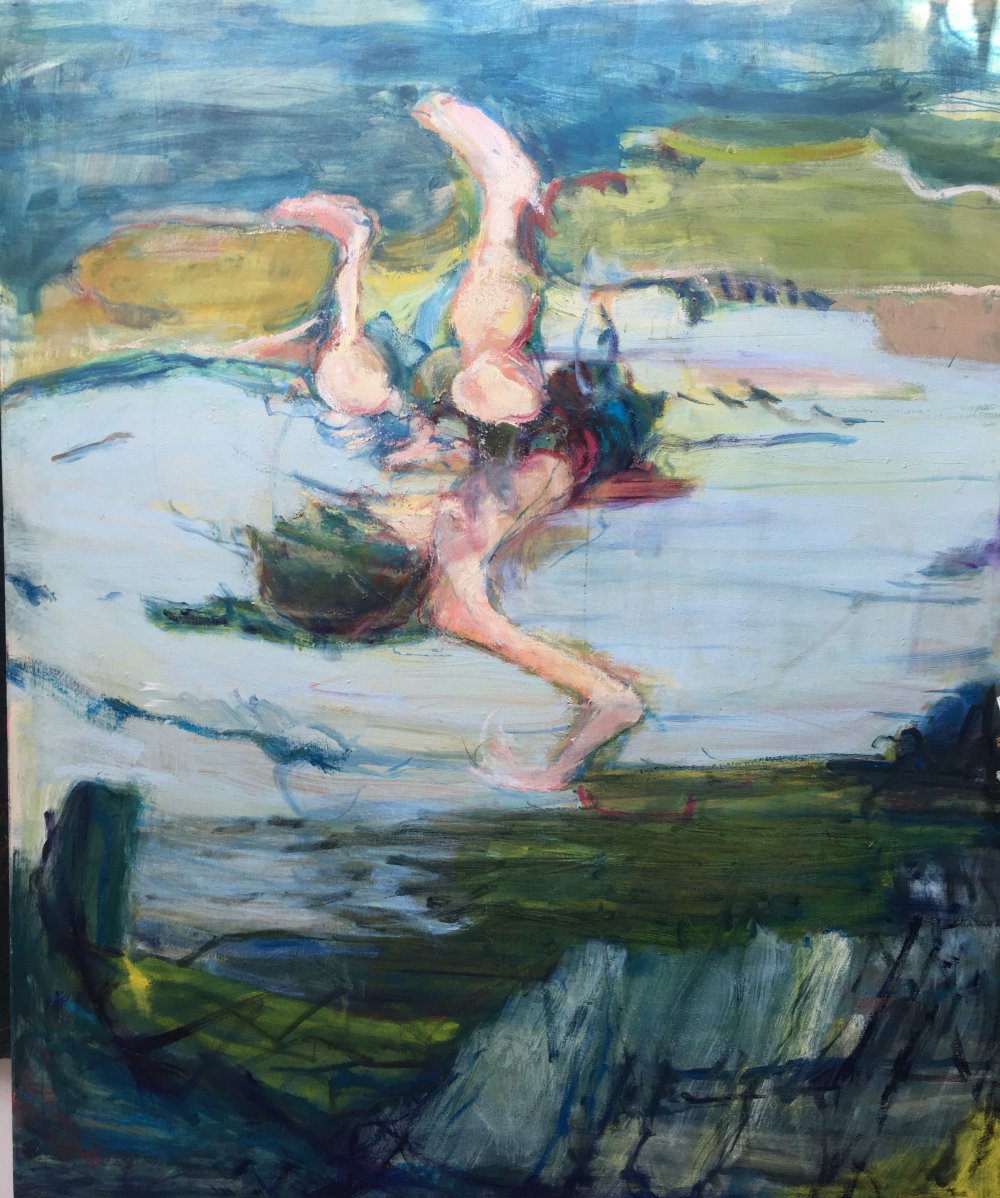 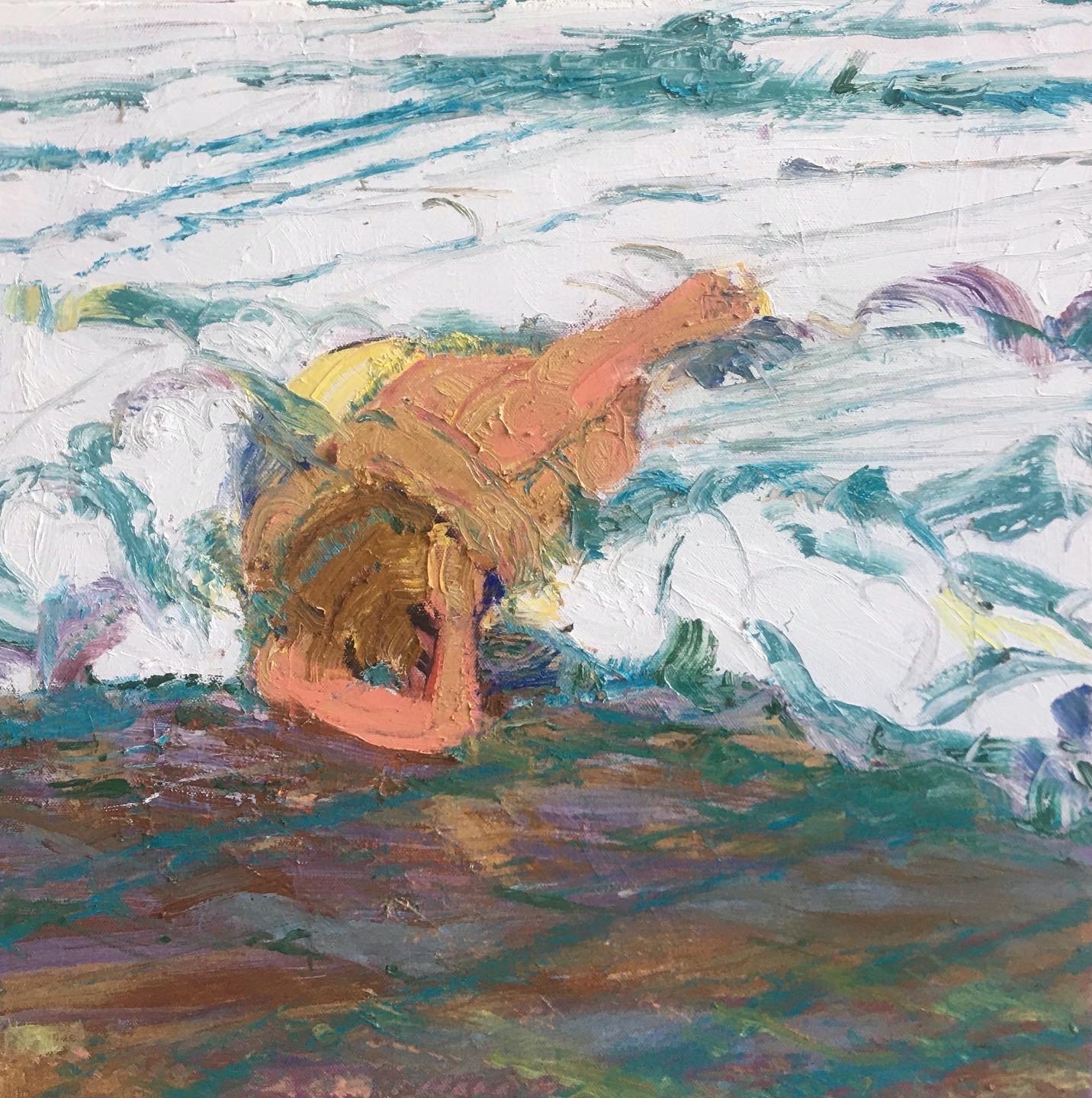 Catherine Lepp’s Swimmers series arises from years of observing her children in the water: diving, coasting, surfing—and wiping out. Living for years as Lepp did with her husband Ray and sons Jake and Maxwell in a tiny Lower East Side apartment, the city’s pools and beaches were an essential respite for her family. These works reflect the freedom of bodies utterly outside the context of day-to-day living, away from hard surfaces, unyielding boundaries and the habitual axis imposed by gravity.

Alternately tumbling, turning, and held aloft within the melee of aquatic forces, Lepp’s swimmers are a beautifully awkward confusion of heads, knees, and knowingly rendered soles of feet. The swimmers’ dynamism is brought forth through staggered brushstrokes capturing at once reflected light and volume, barely maintaining their solidity amidst a playful chaos. The perspective of the work shifts along with the changing nature of the subject: Sometimes the figures are seen from above, sometimes from below. Lepp’s paintings slowly suggest that the artist, and perhaps by extension the viewer, is both spectator and participant—sharing the same fluid space, the vibrations and current communications taking place beneath the waters’ surface. When speaking of her work the artist references influences as diverse as Goya’s enigmatic figures and Hiroshige’s stately images of the absolute power of nature: a polarity that in Lepp’s work has given way to tender portraits of lives in flux.

Catherine Lepp is a New York-based artist originally from Sheffield in the U.K. After graduating from Manchester Polytechnic with a B.F.A in painting she arrived in NYC to experience American art and work as an artist’s assistant. She returned to study at the New York Studio School of Drawing, Painting & Sculpture. After completing the certificate program, she was accepted to the Skowhegan School of Painting & Sculpture in 2004.

This is Catherine’s first solo show of the Swimmers series. Her work has been included in various group shows throughout the U.S. and the U.K., most recently at The Fjord Gallery in Philadelphia. She is a member of the New York Studio School Faculty and has taught at Mount Gretna School of Art.