Cătălin Bădărău: WASHING THE GUILT AWAY

Cătălin Bădărău: WASHING THE GUILT AWAY

Mobius presents WASHING THE GUILT AWAY, an exhibition of new works by Cătălin Bădărău. 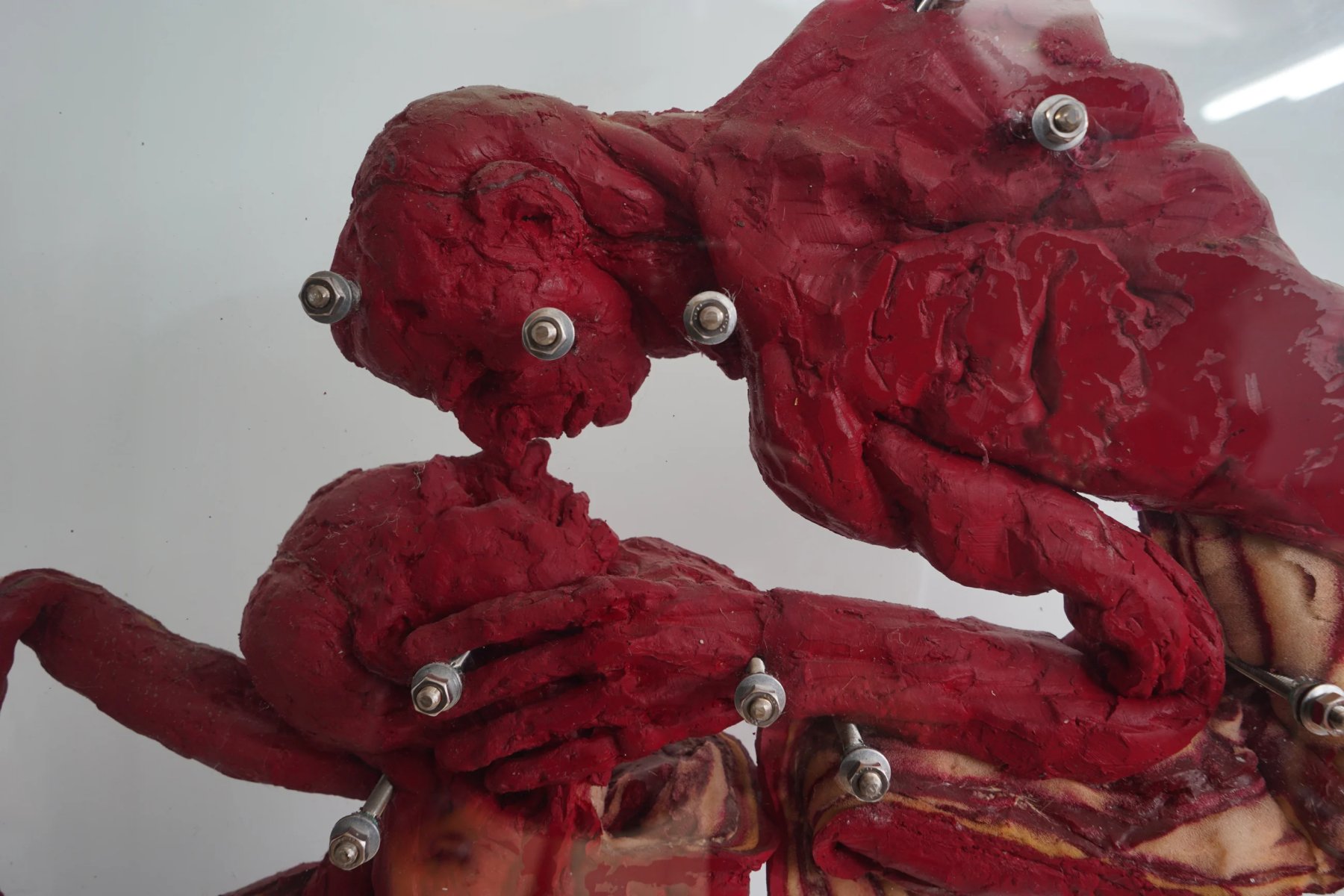 Exploring the anatomy of one of the most complex sensations we experience as humans, Bădărău’s works are similar to the subject they investigate – raw, sensitive, and visceral. Although we are not born with it, guilt seems to be engraved in our emotional DNA. We are taught guilt. We are fed guilt. We become, in time, instruments of perpetuating guilt.

But what exactly is guilt?
Trying to find a definition of it, one quickly discovers the many angles that could trigger an interpretation of this subject.

In psychology, guilt is a sensation of intrapsychic tension, sometimes linked to the apprehension of a catastrophic threat to oneself. It may also be manifest as humility, suffering, the need for punishment, remorse, and feelings of inadequacy. (1)

Religion has its own story regarding guilt, which can be perceived, depending on the narrative of each dogma, either as inherited baggage, a mandatory element in the process of absolution, or, in some rare cases, a kernel of negativity within the human spiritual core, that needs to be cracked to achieve the state of enlightenment. For instance, in Christianity, guilt is the first sensation felt by Adam and Eve after eating the forbidden fruit; guilt (which immediately produces the feeling of shame) is the very first result of their disobedience. Buddhism, on the other hand, characterizes guilt as a negative emotion that hinders spiritual growth.

Studies (2) showed that “religiosity level in oneself is correlated with the level of moral emotions in them. Albertson, O’Connor, and Berry (2006) conducted a study involving 246 college students, only to find that religious affiliation and religious or spiritual emphasis were significantly related to guilt.“ Meanwhile, in four studies done by Luyten, Corveleyn & Fontaine (1998), they found that religious subjects tend to feel guiltier. Religious subjects generally reported more feelings of empathy than other subjects, which could be partly due to their higher levels of guilt.” Within this context, statistics also show that women are more prone to develop feelings of guilt than men.

Philosophy points out that guilt occurs only if people believe in more than just their immediate reality. There are two ways of understanding the process of becoming – the becoming that triggers us to correspond with something that exists outside the individual and the kind of becoming that is never fulfilled, a utopic goal, never to be achieved entirely.
Both ways lead to the same emotional manifestation – and that is guilt.

Guilt can easily be defined as a social and/or a cultural product that impacts us in different ways, depending on the geography of our location and the position we look from within the historical time frame we occupy.

Cătălin Bădărău’s works do not offer a release of the burden we carry, both collectively and individually. Instead, they function as starting points for an ongoing conversation on a subject that needs to be constantly revisited. Can we live without guilt? Or is this act of washing the guilt away nothing more but a frail illusion, an act of self-defence that in reality doesn’t change anything?