Lévy Gorvy presents Castellani | Sculpture, an exhibition debuting previously unseen aluminium cast wall sculptures by Enrico Castellani (1930–2017), a hero of the European post-war avant-garde. This is the first presentation in the UK of the sculptures that preoccupied the late Italian master during his later years. A few highlight works from the exhibition debuted at 40 Albemarle Street ahead of the exhibition opening at 22 Old Bond Street. 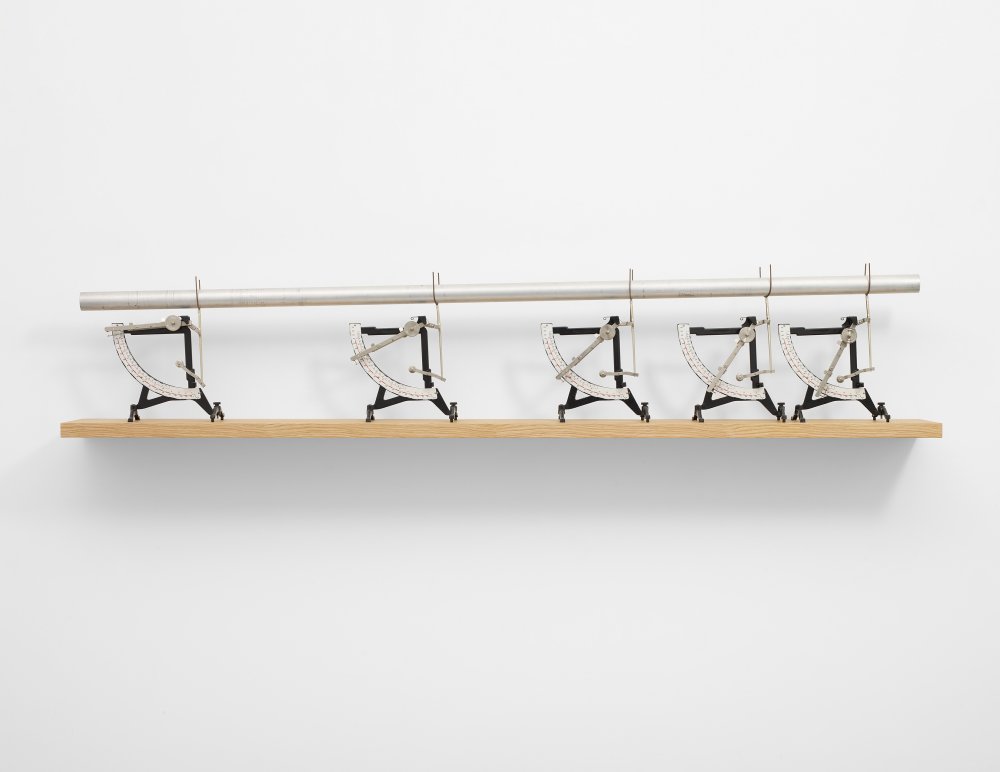 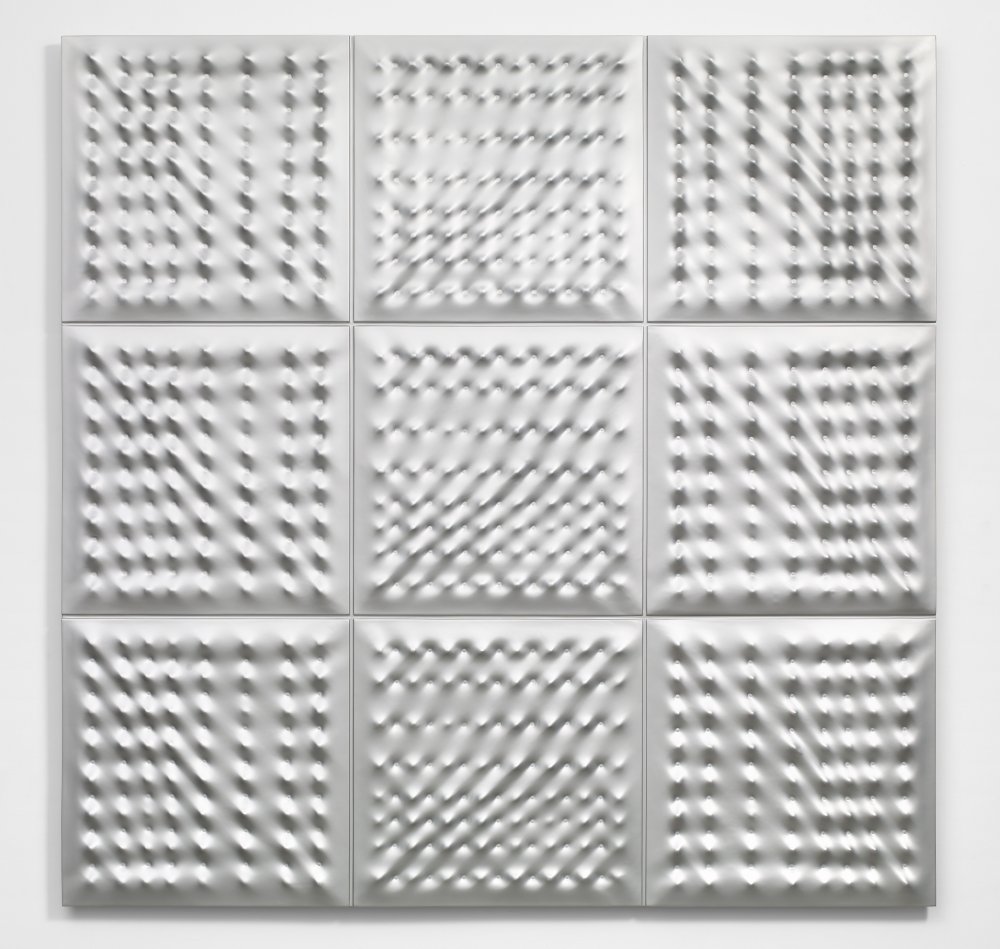 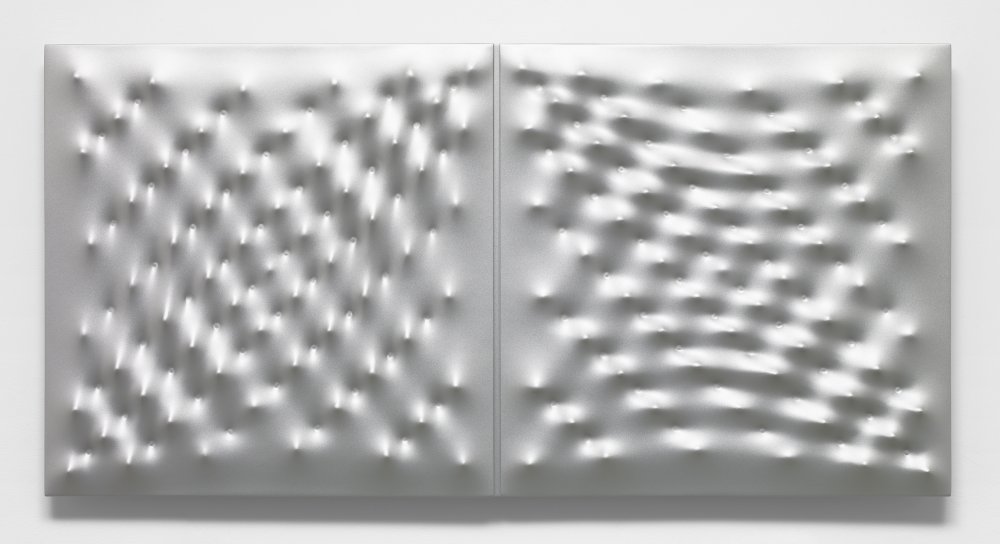 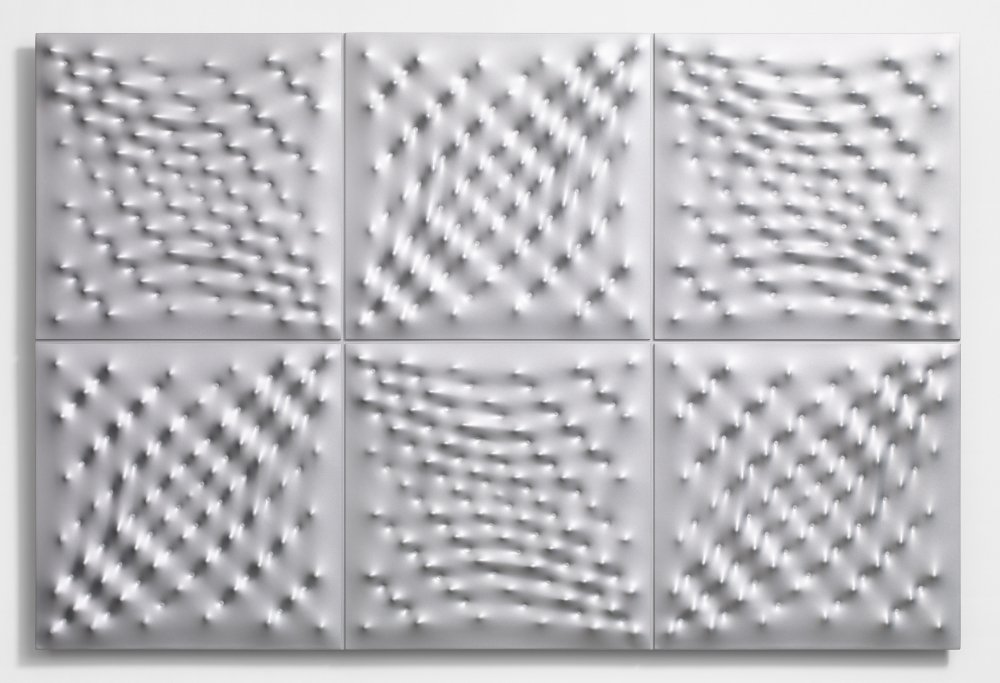 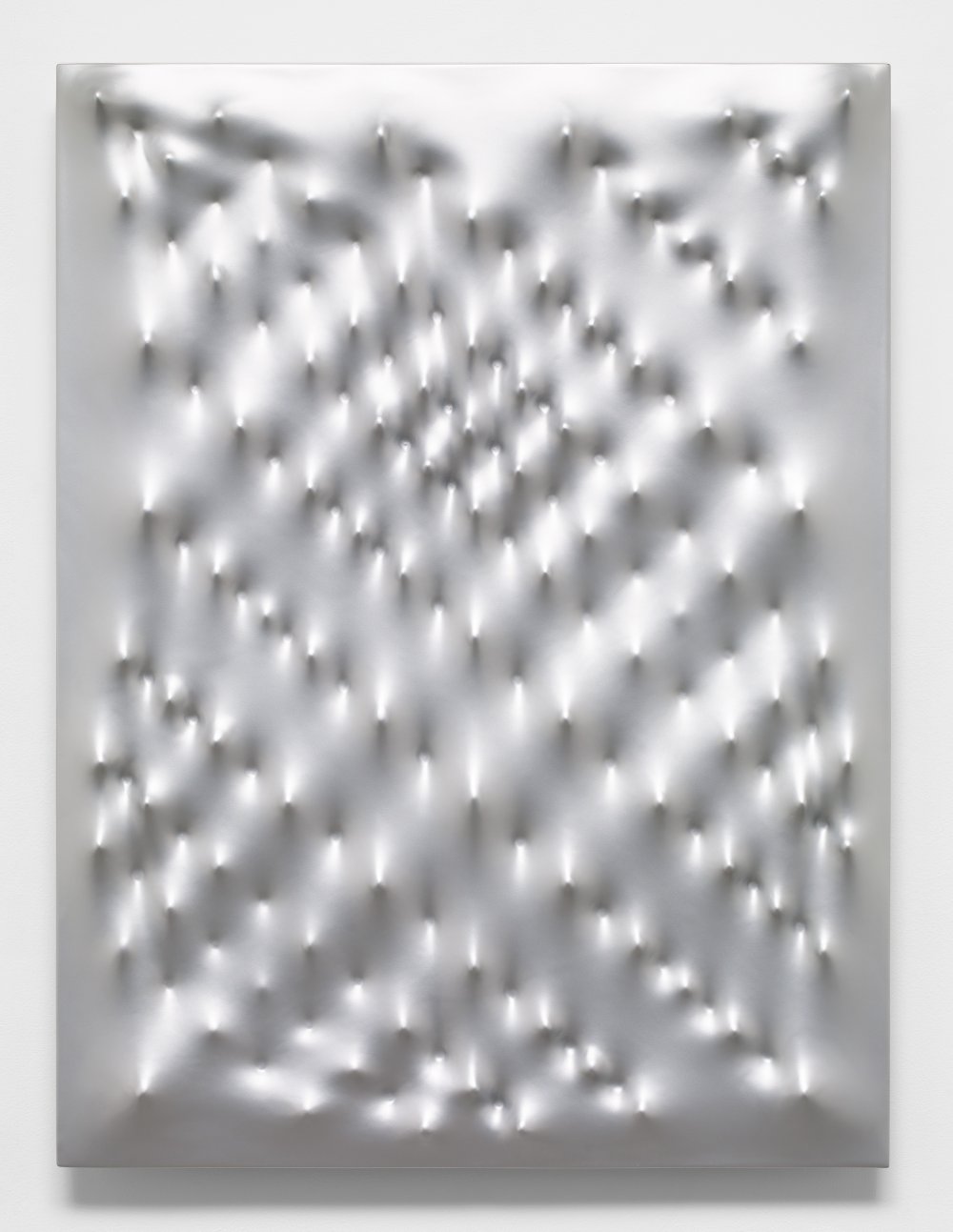 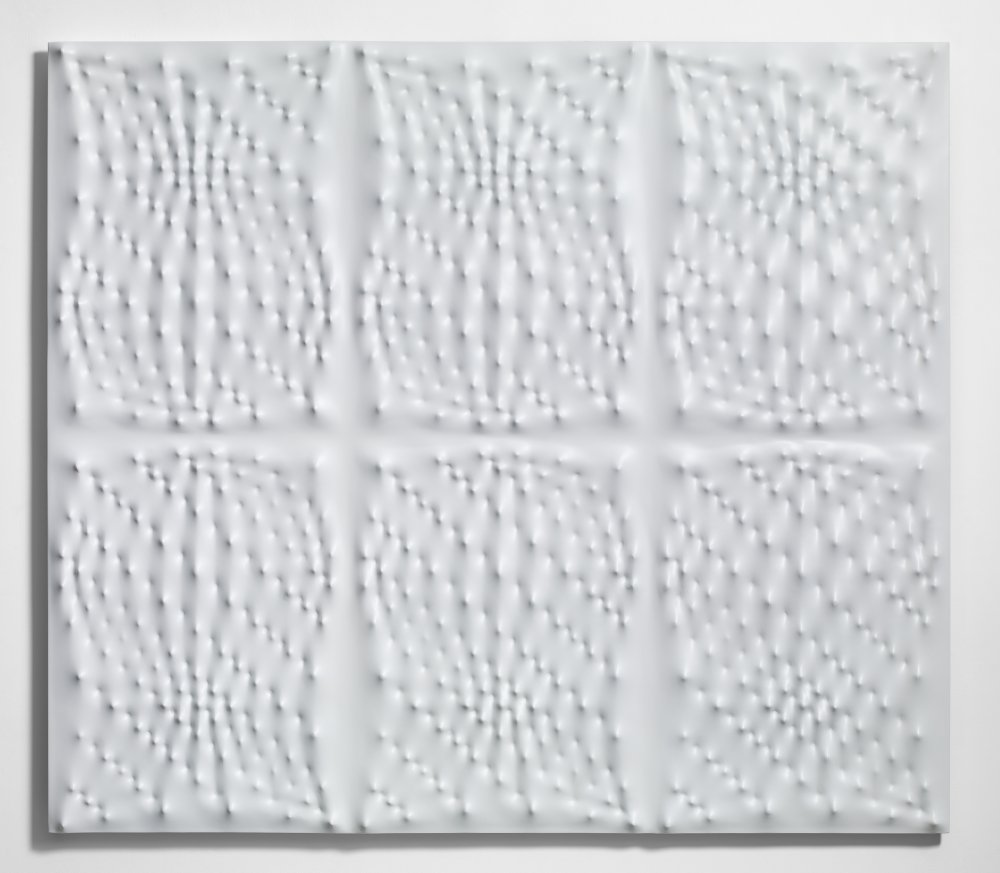 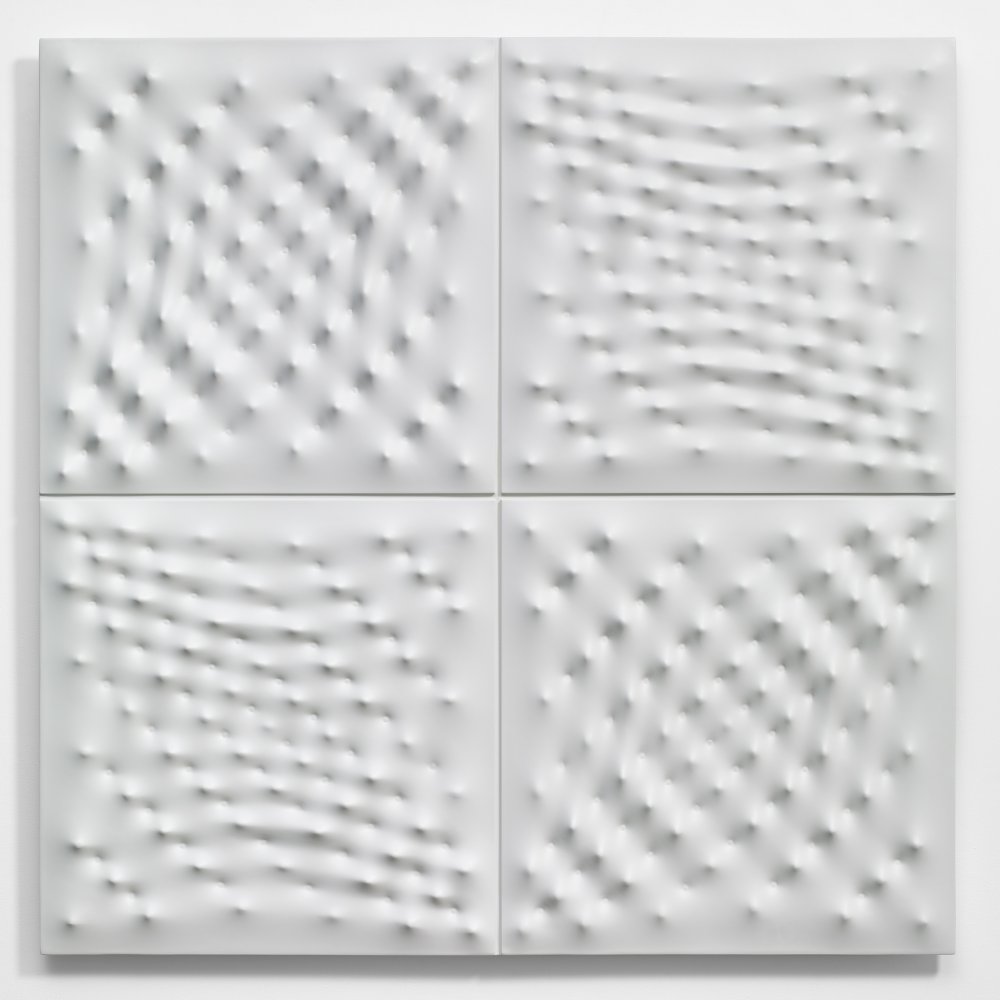 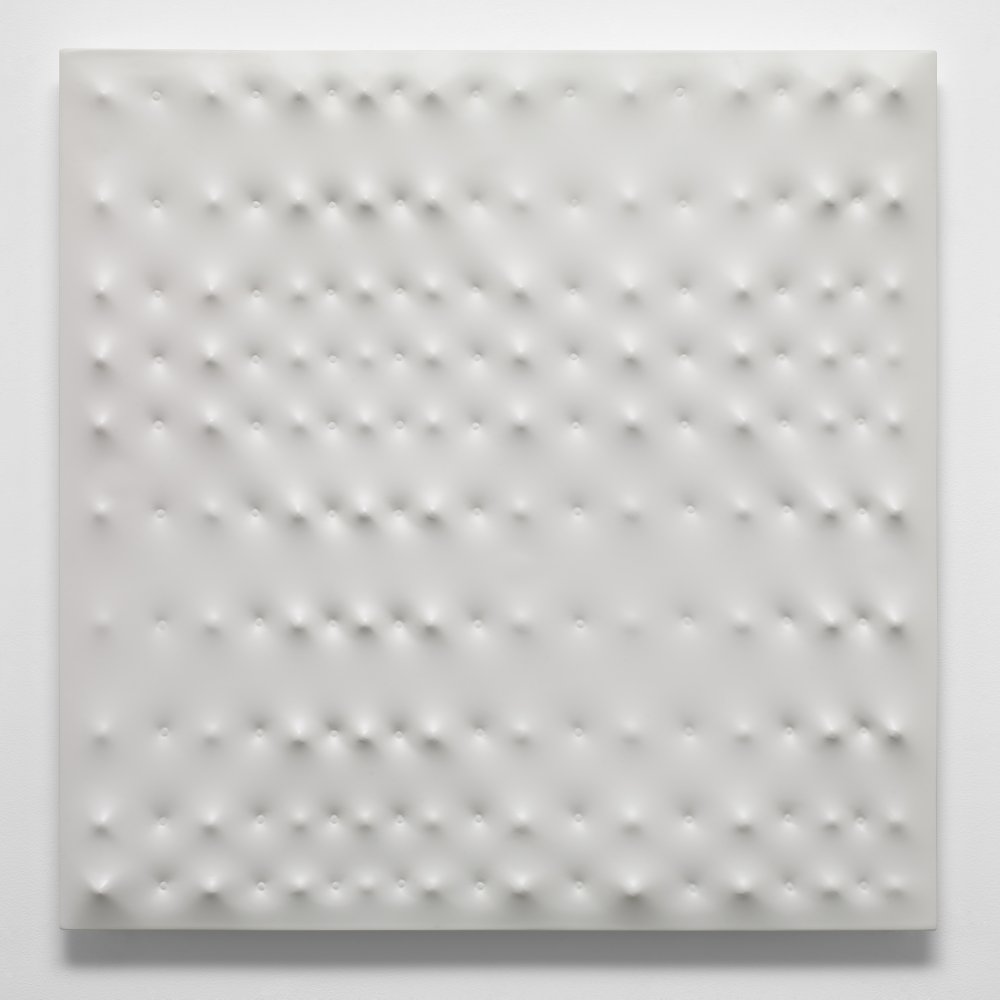 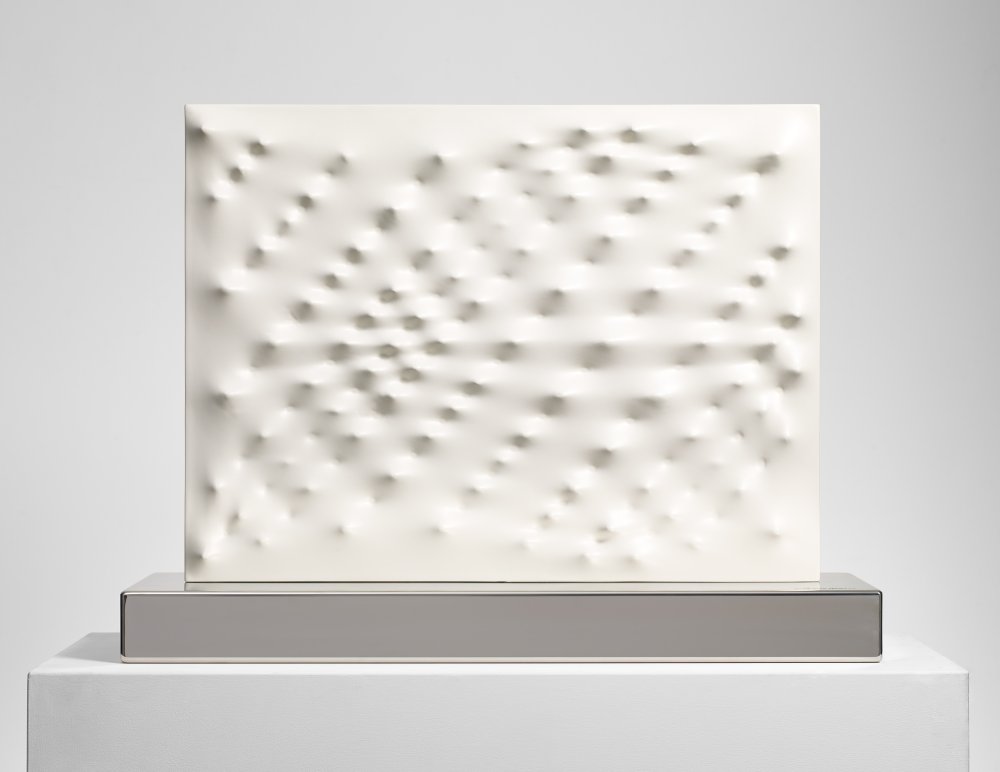 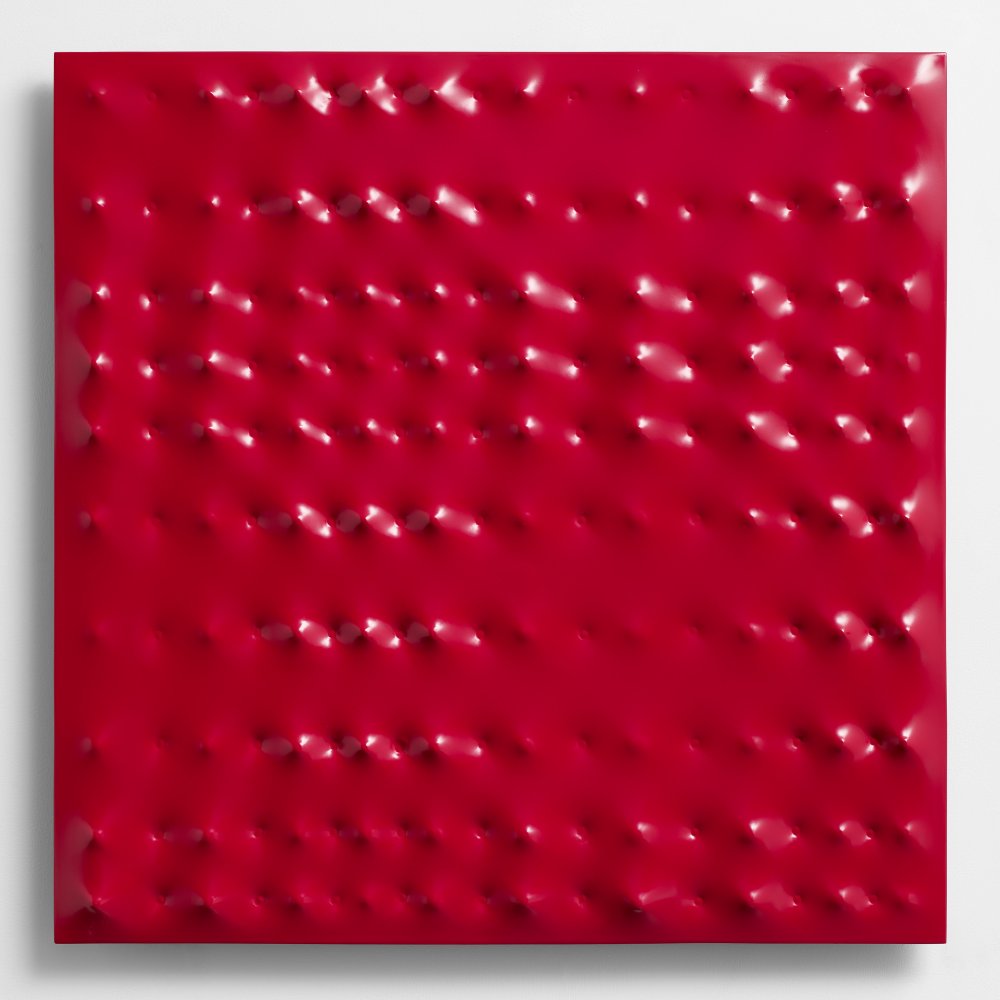 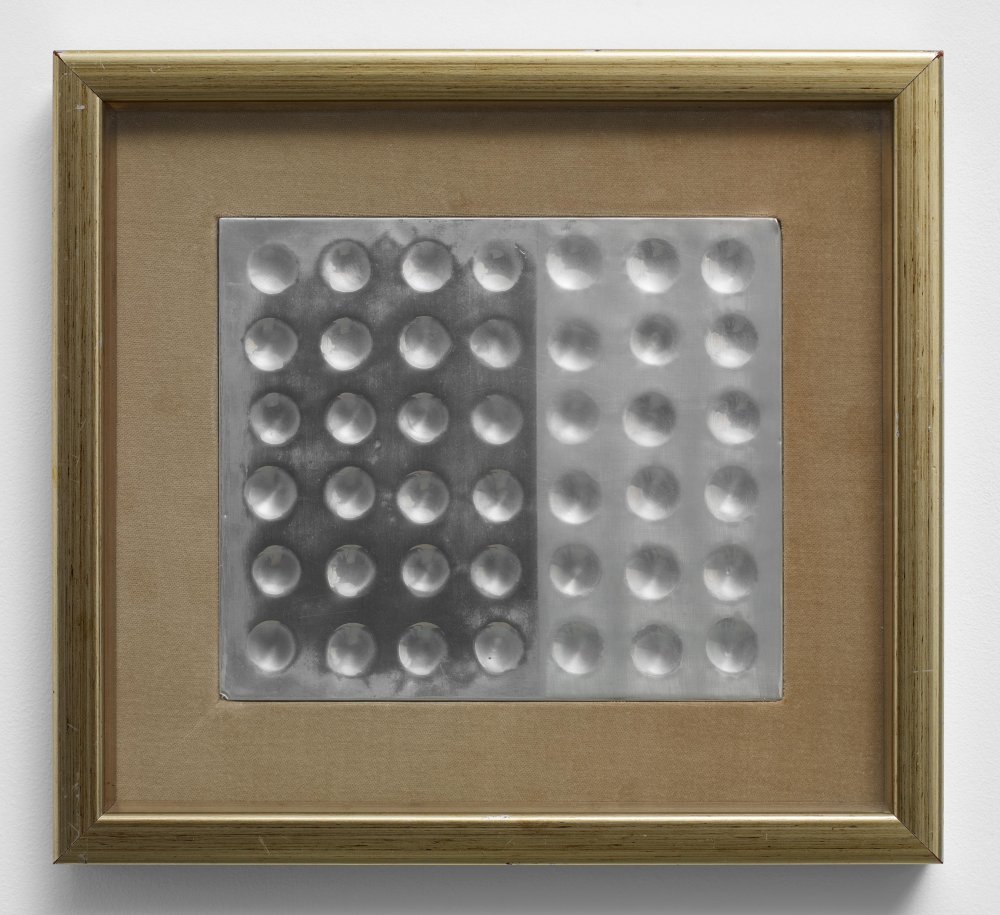 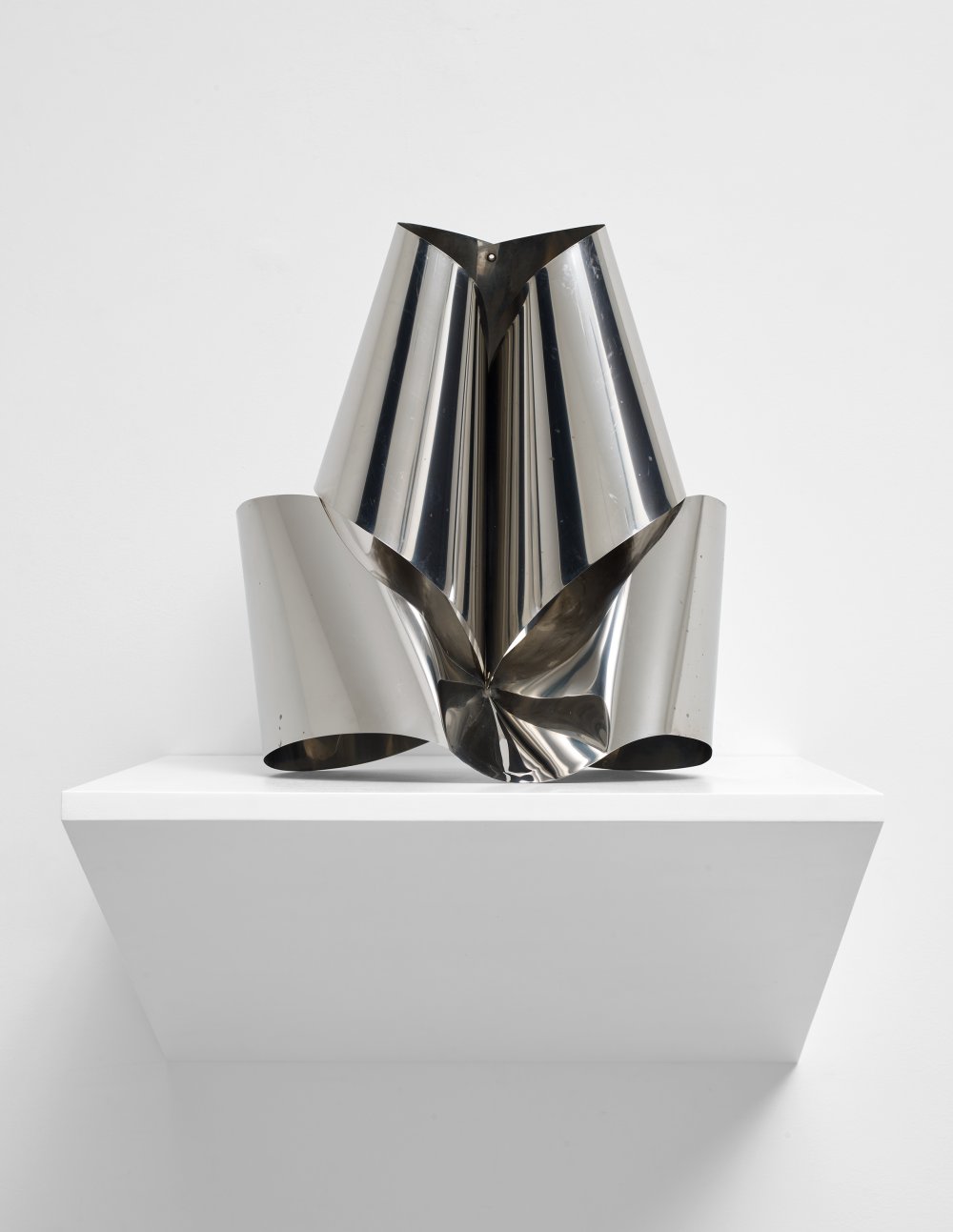 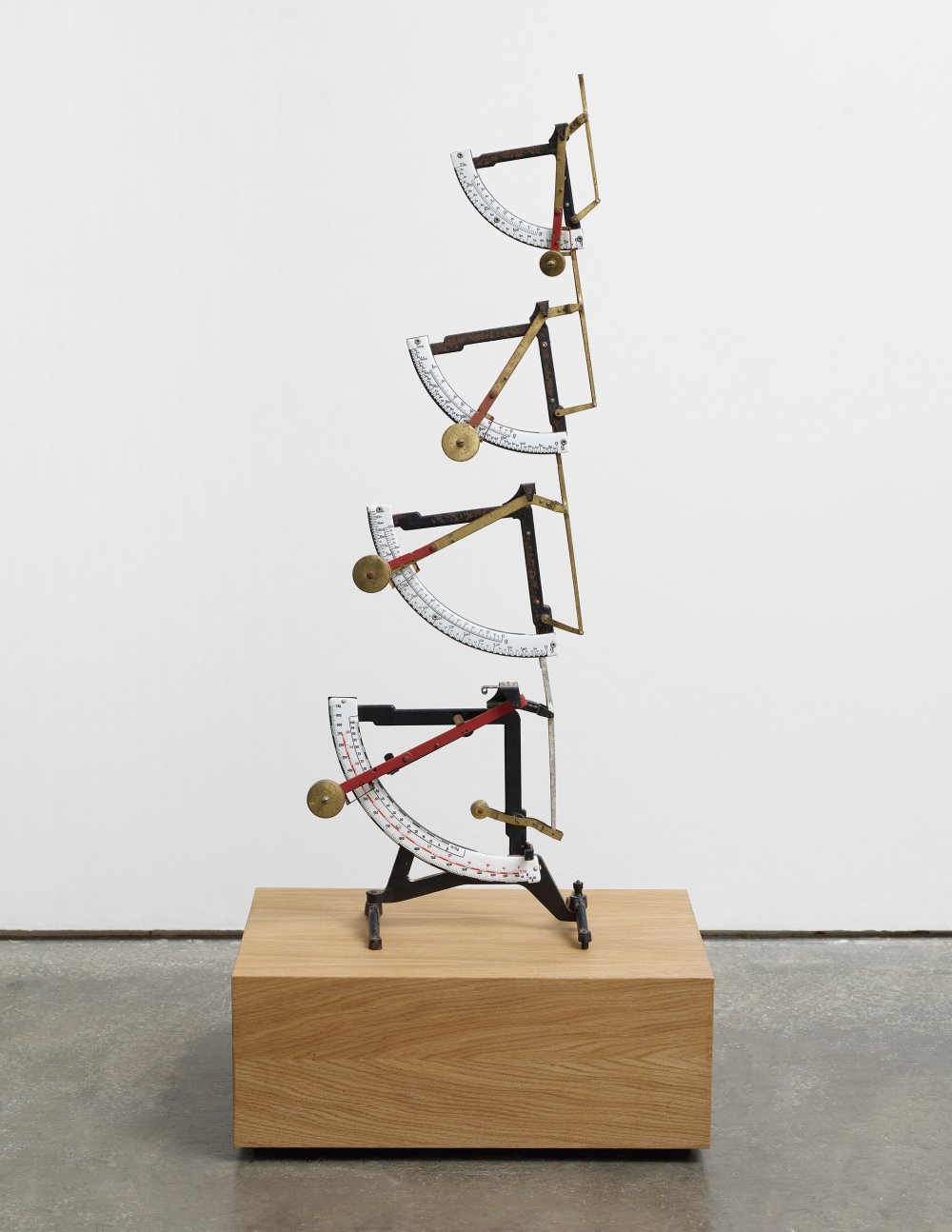 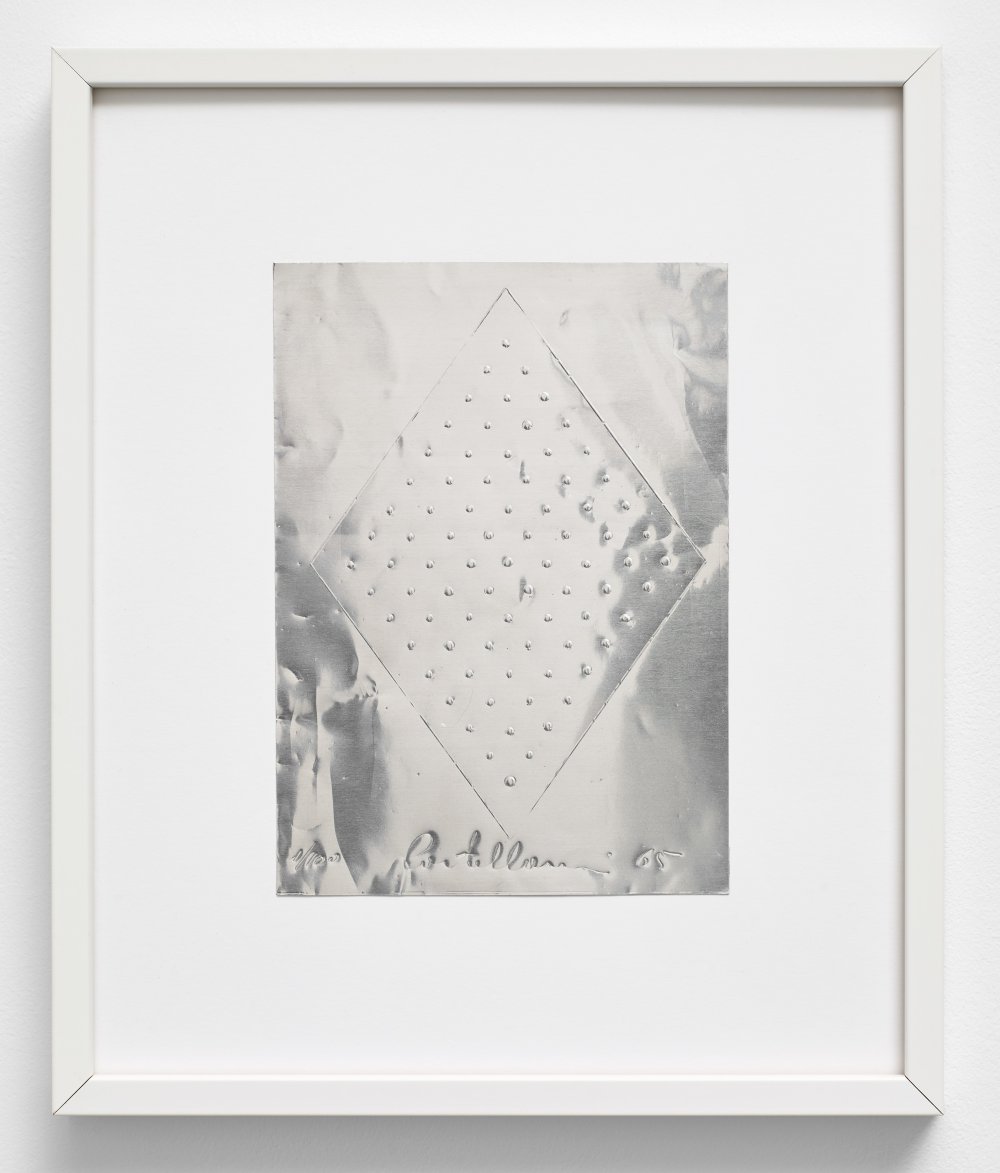 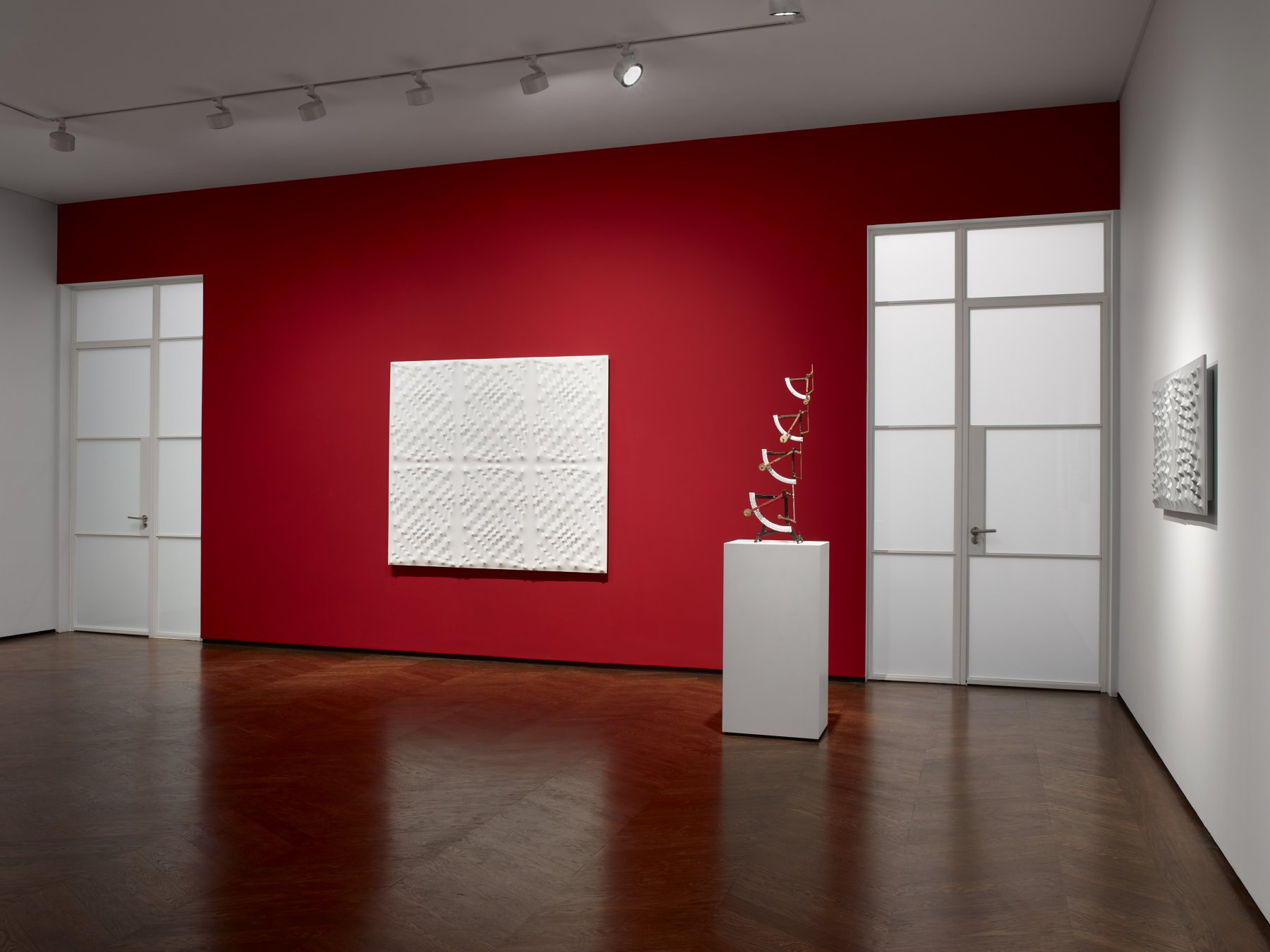 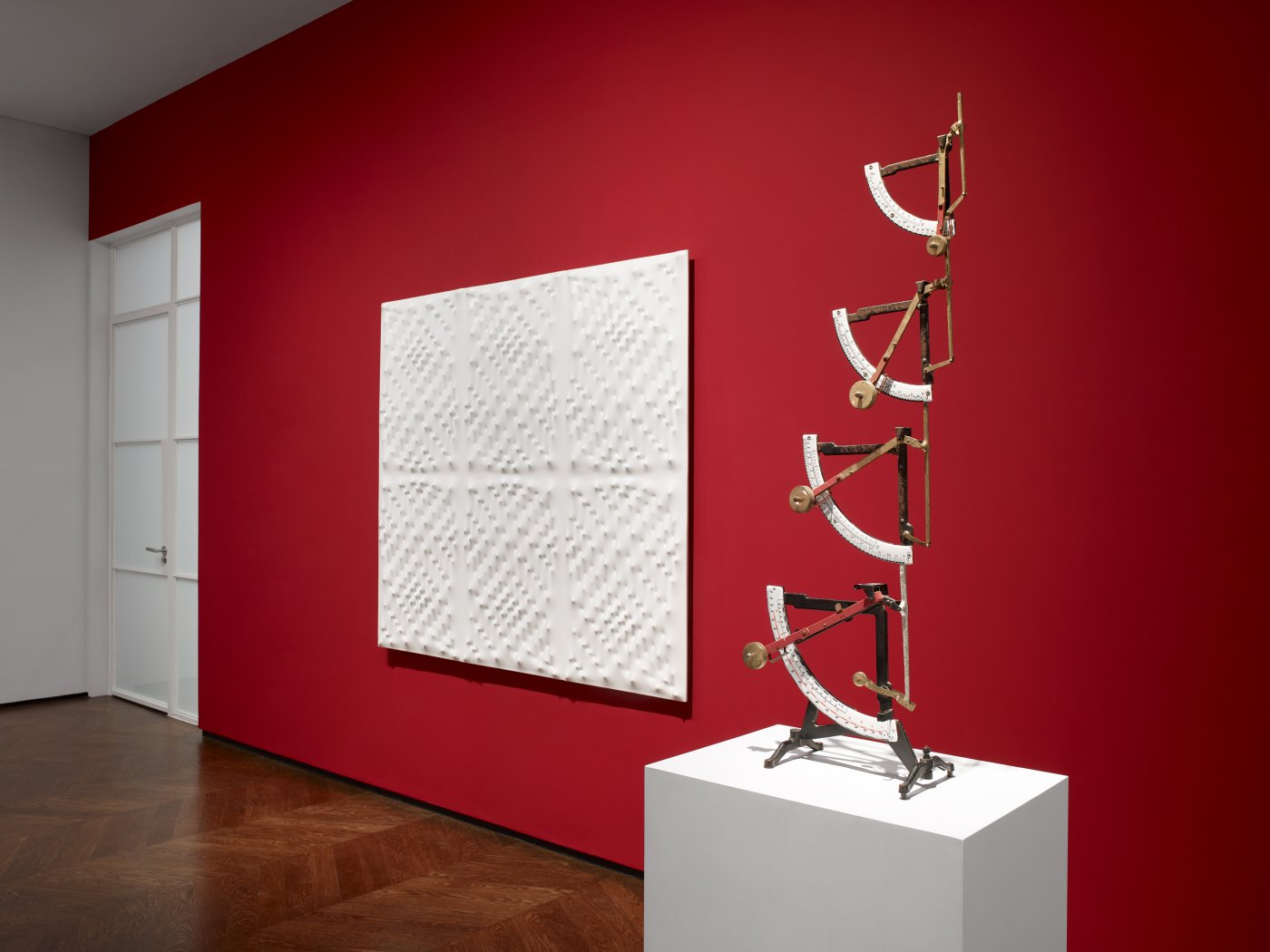 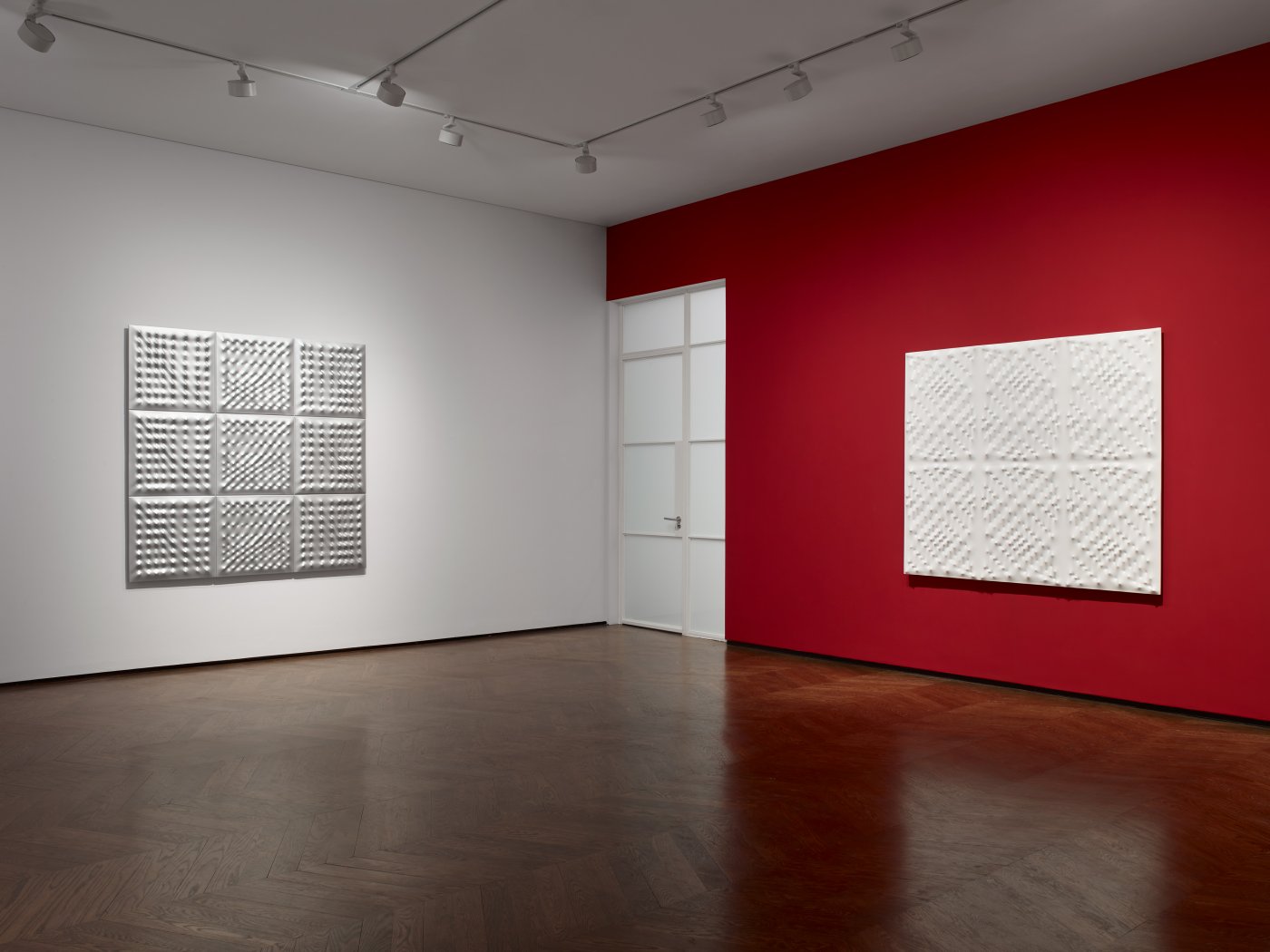 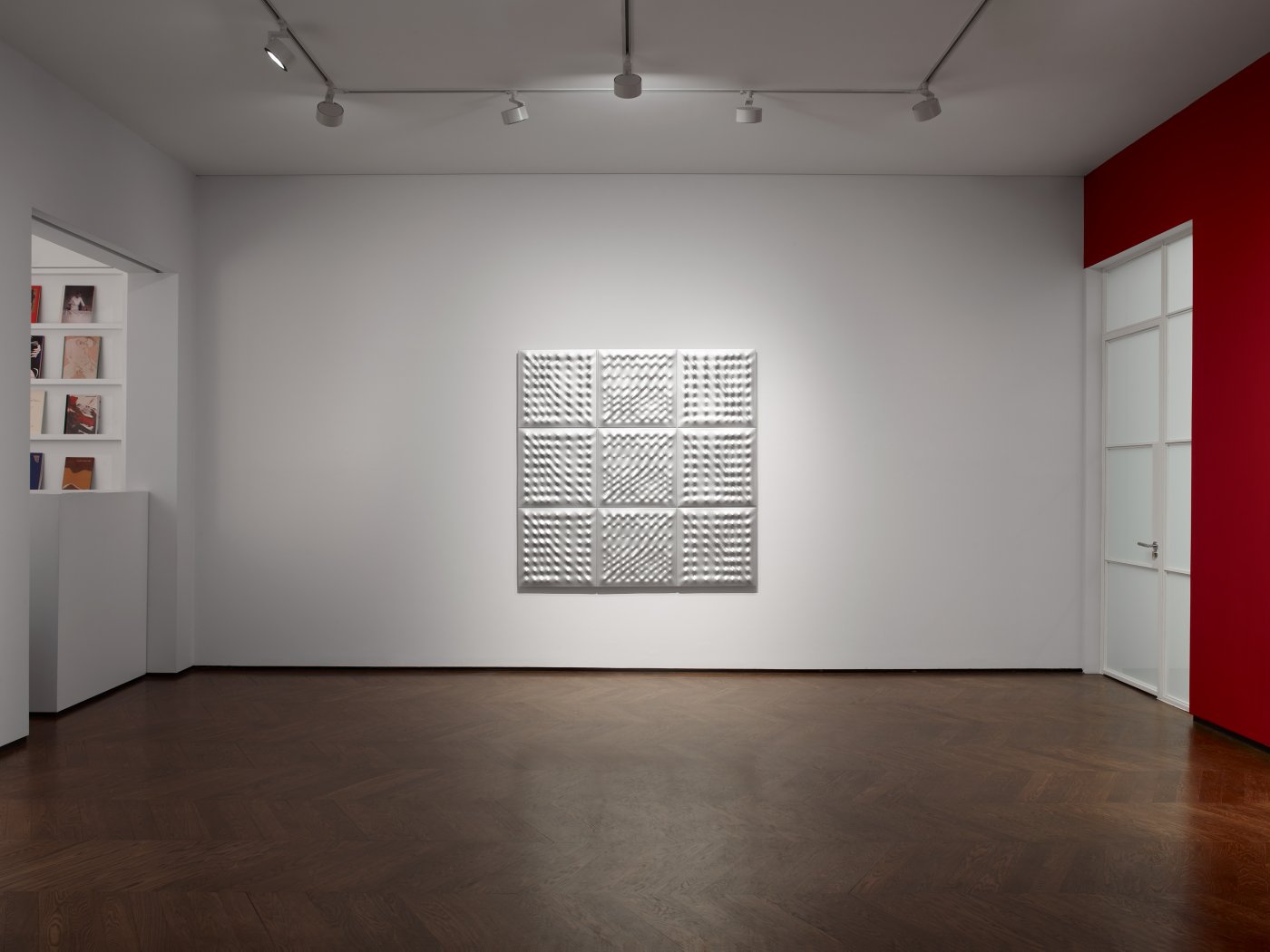 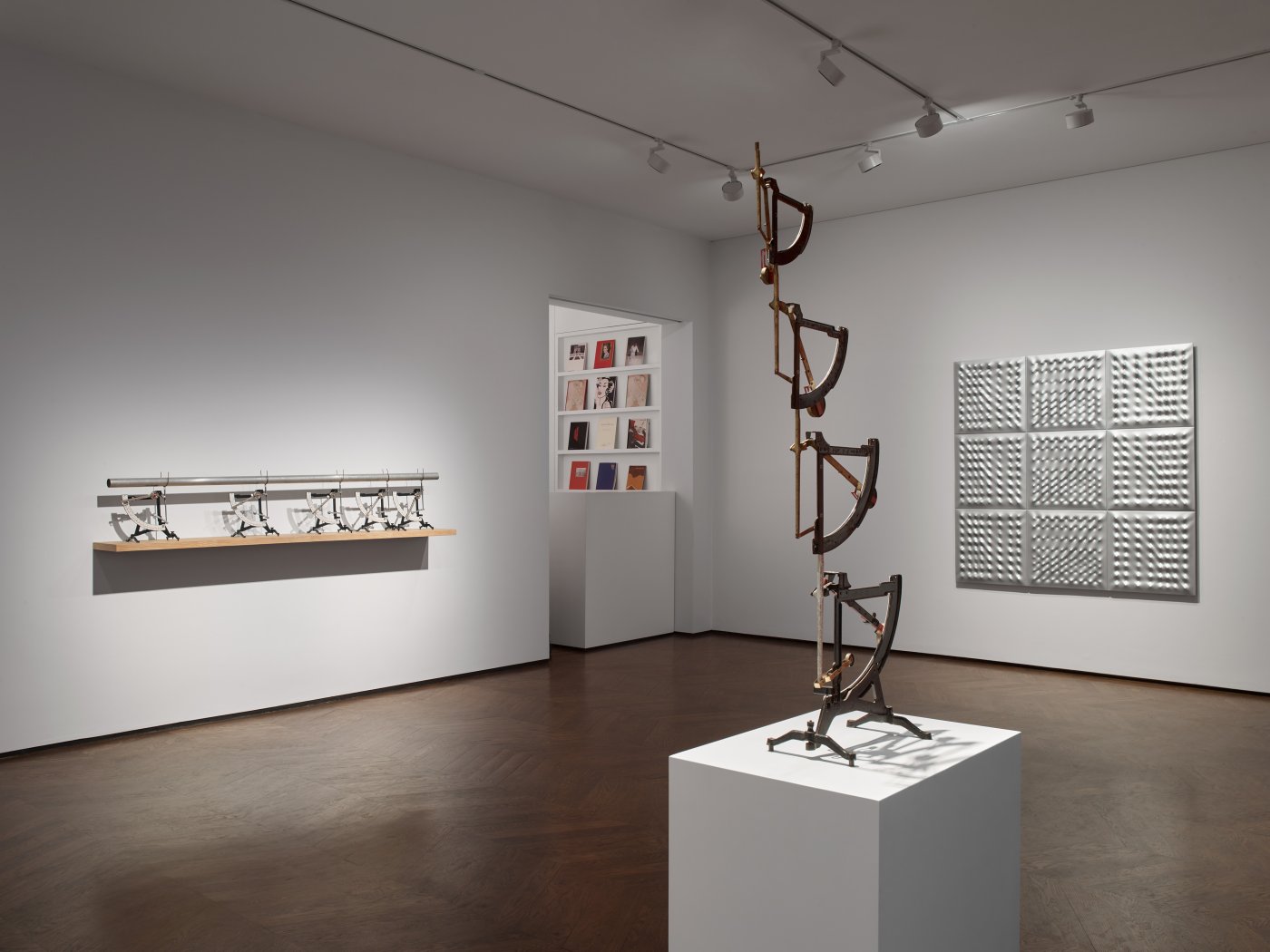 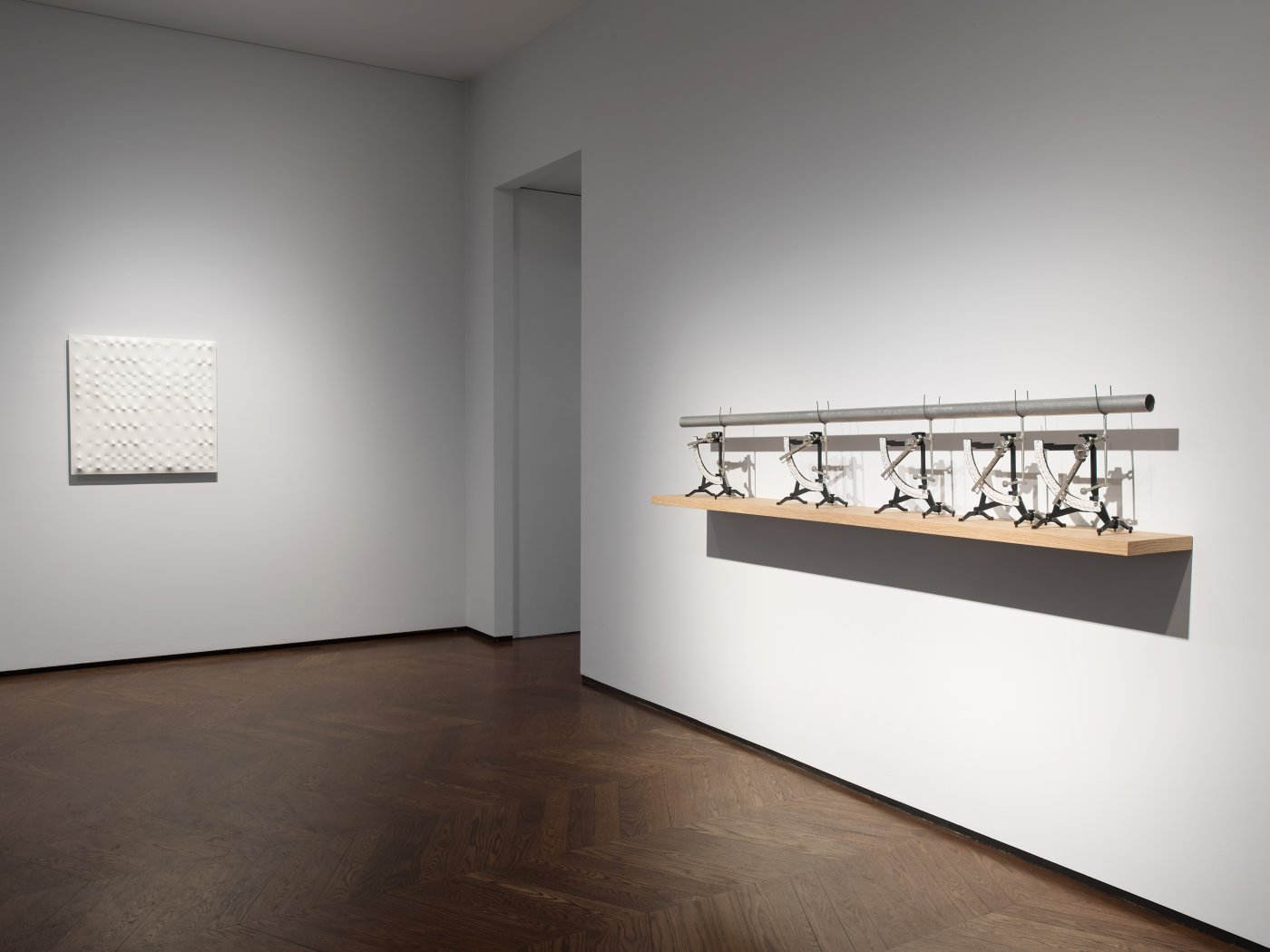 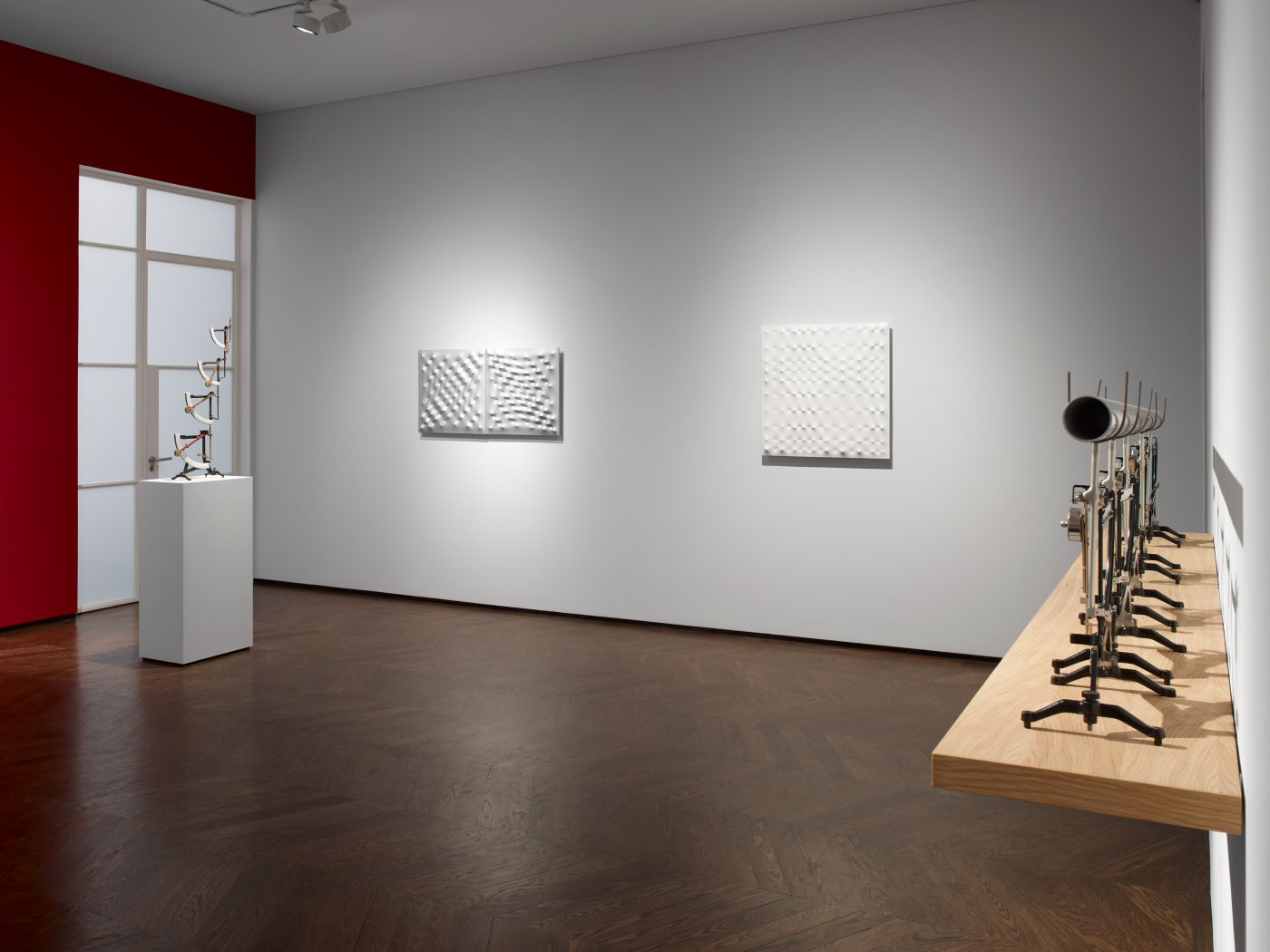 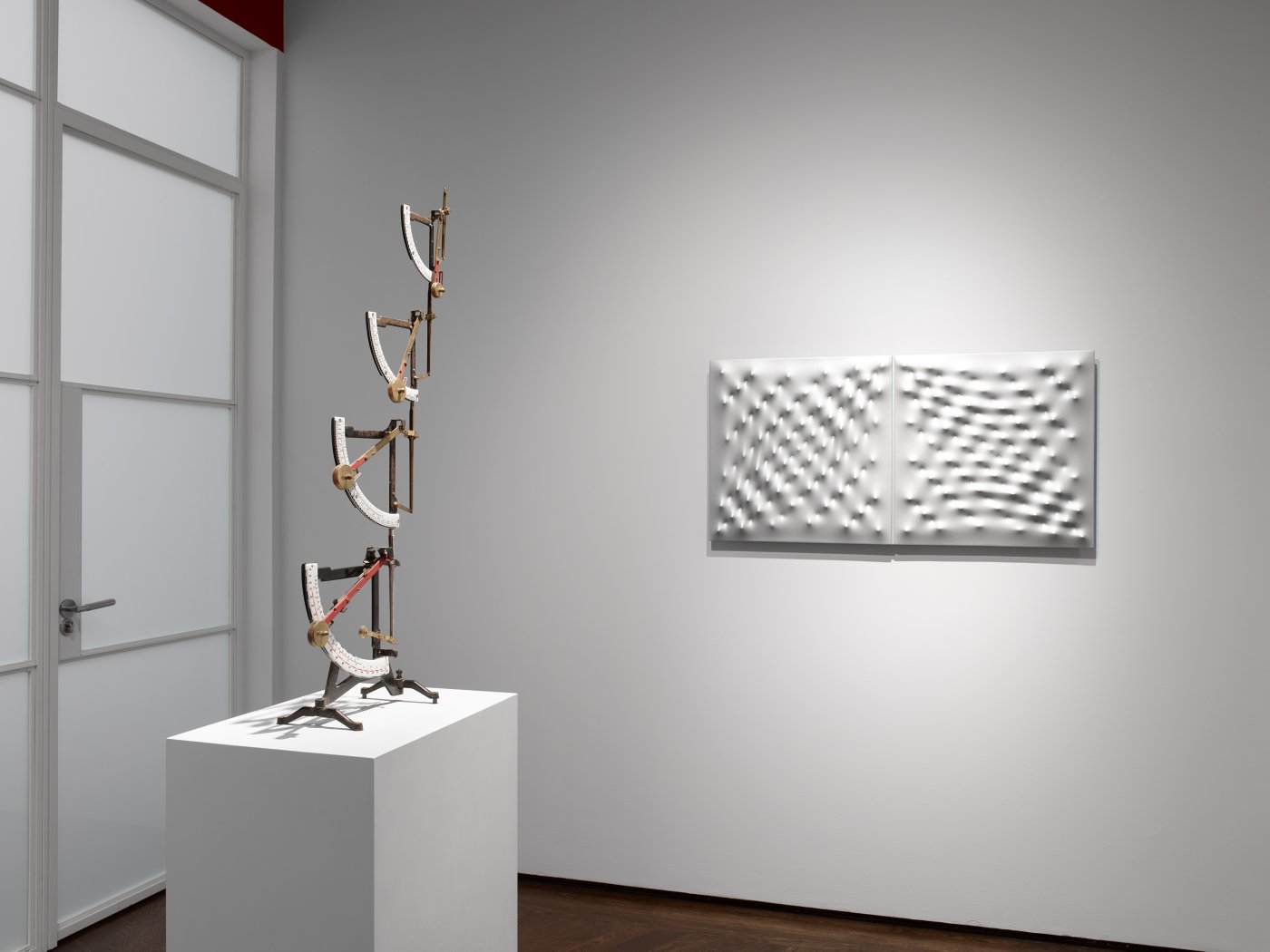 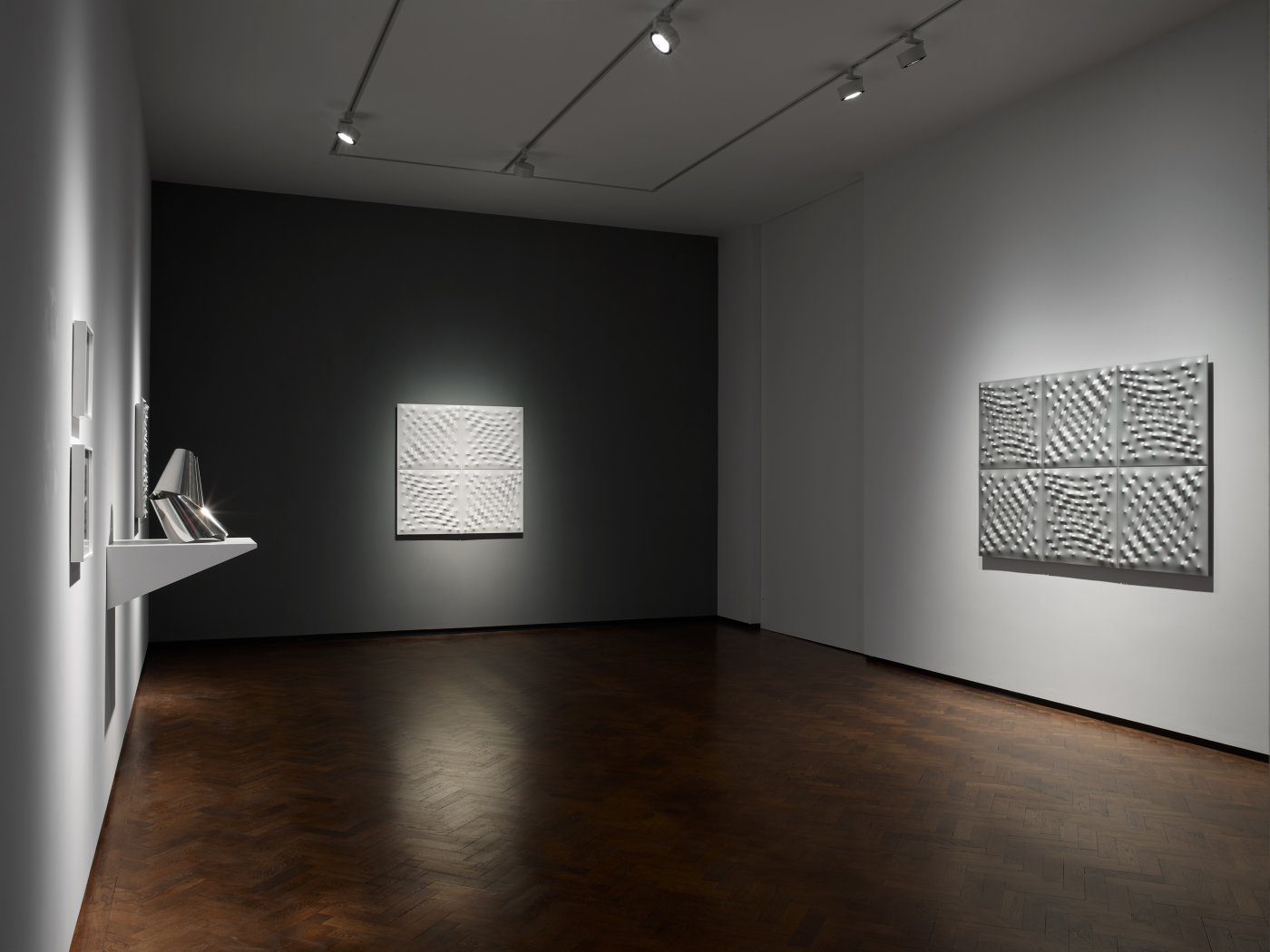 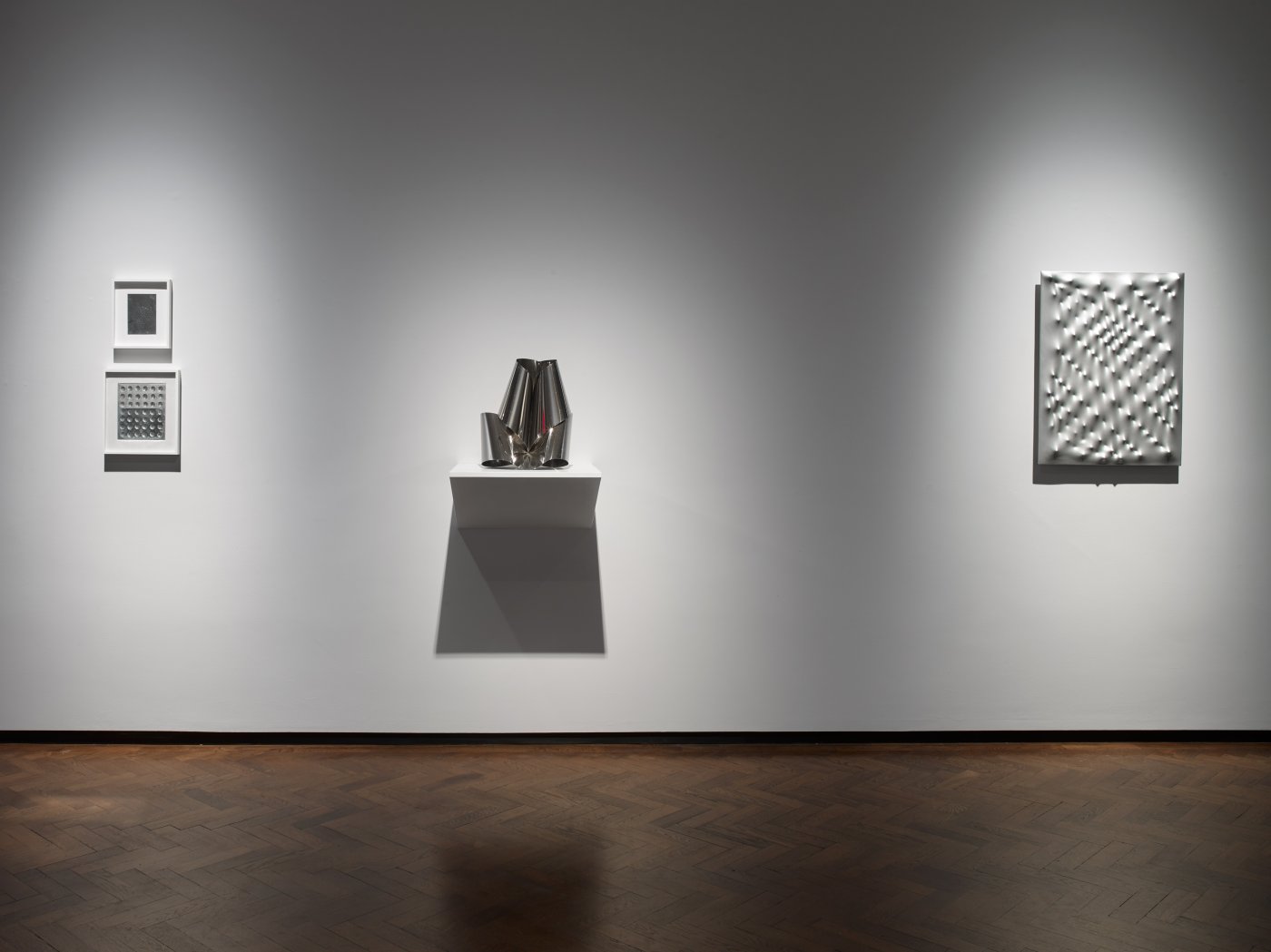 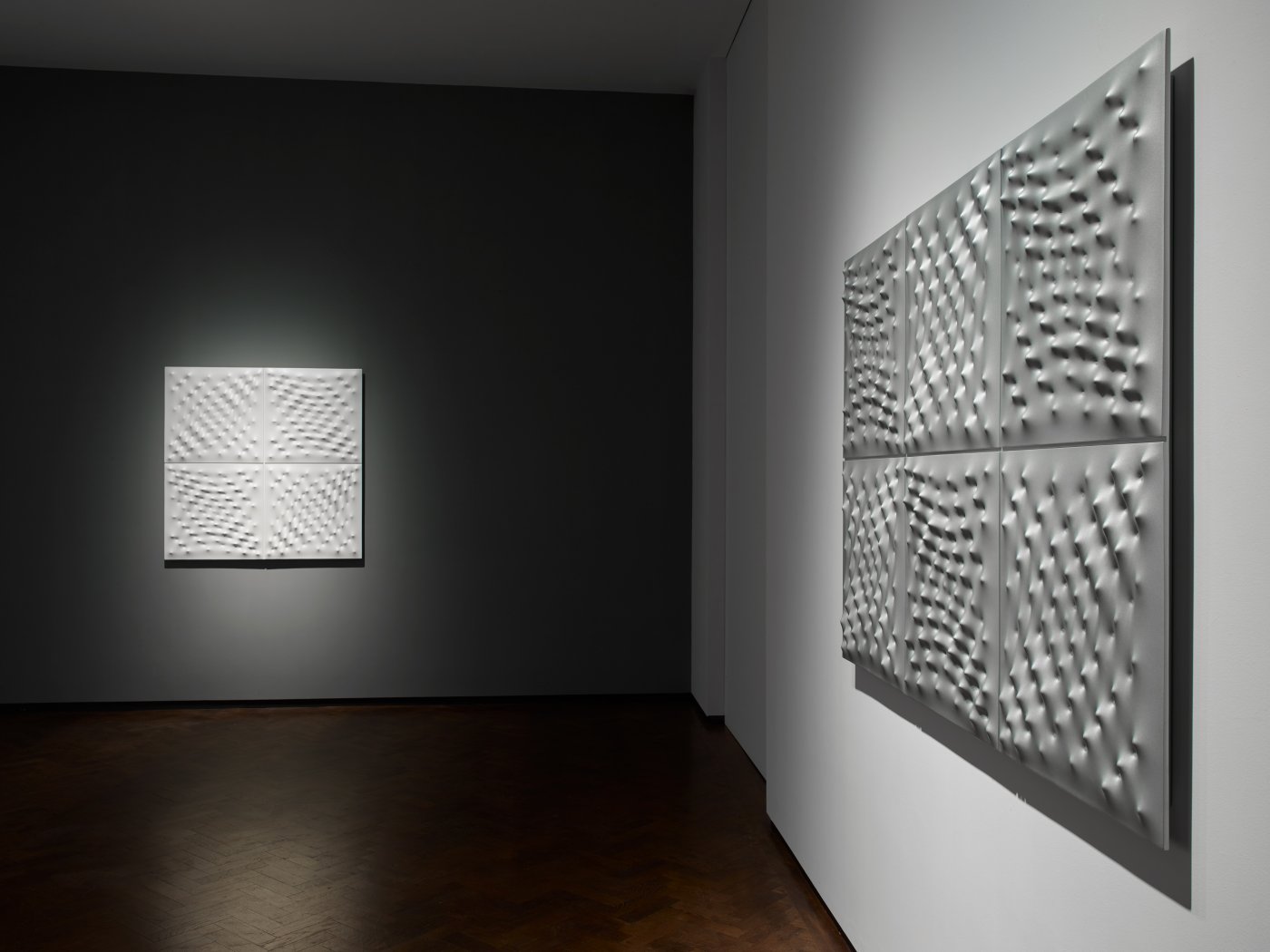 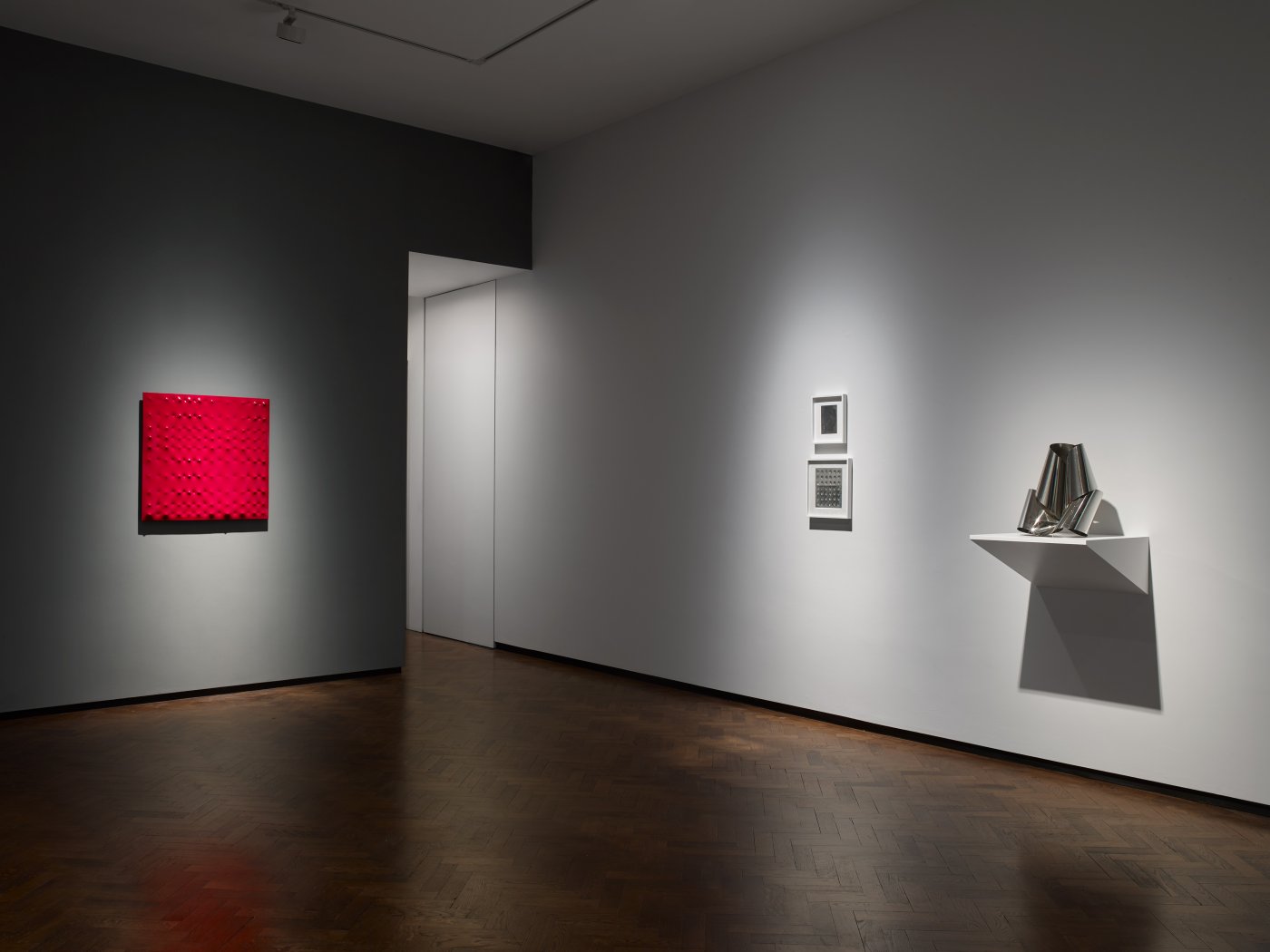 Completed between the years of 2006 to 2013, the works in this exhibition suggest important links to the artist’s earliest experiments in metal, and evince his skill in pushing the boundaries of materiality and space. From the early 1960s onward, Castellani experimented with brass, zinc, bronze, and other plastic or ductile materials capable of being modelled for small groups of works. The catalyst for his late aluminium series was an abiding interest in mirrored surfaces and his experiments using glass with a silver interior.

While deceptively similar to his paintings, Castellani’s wall-based sculptures, weighing between 20 and 350kg, have a distinctive presence and create extraordinary visual experiences for the viewer through their surfaces and the ways in which they occupy space. Seen together for the first time, these works spotlight the enduring radicality of Castellani’s approach, and serve as both climax of and coda to decades of his tireless experimentation in the iterations of his renowned ‘Surfaces’ works.

Highlights of the exhibition include Superficie argento (2006), a dramatic nine-panel work that encapsulates Castellani’s preoccupation with space, surface, and materiality, and Superficie rossa (2006). These and other works from this historic series are juxtaposed with an untitled standing sculpture comprising four scales from 1973, a work that embodies the force of Castellani’s decades-long investigation into positive and negative space, and his ambition to establish a potent artistic language that continues to influence younger generations of artists today.

About the artist
Enrico Castellani (1930–2017) was a pivotal figure in the European postwar avant-garde. Born in Castelmassa, Italy, Castellani studied art and architecture at Belgium’s Académie Royale des Beaux-Arts and École Nationale Supérieure d’Architecture et des Arts Décoratifs de la Cambre in the early 1950s. After moving to Milan in 1956, he began to make art that challenged the conventional separation of painting, sculpture, and architecture, searching instead for a paradigm that combined aspects of all three. In 1959, he completed the first of his celebrated Superficie, a series defined by the rhythmic protrusions and recessions of a monochrome surface, typically stretched taut over a pattern of nails. Following a string of successful exhibitions throughout the 1960s, he settled in the small hamlet of Celleno, Italy, in the early seventies, where he would live and work for the rest of his life. While the purview of his practice expanded to include a variety of materials and formal concerns, his pursuit of a poetic coalescence of painting, sculpture, and architecture never wavered.

In 1959 Castellani and Piero Manzoni opened Galleria Azimut and co-founded the experimental journal, Azimuth. Together, they organized innovative exhibitions (including Castellani’s debut show) and published essays that provided alternatives to the dogmatic ideologies of Surrealism and Art Informel, which dominated the European art scene at the time. Through his art and writings, Castellani advanced an approach to painting that refuted the traditional conception of the canvas as a transparent window, opening his work onto a new space of topographical abstraction that engaged notions of space, time, infinity, and flux.

Castellani’s works are included in numerous major public collections, including the Centre Georges Pompidou, Paris; the Fondazione Prada, Milan; the Walker Art Center, Minneapolis; the Museo d’Arte Contemporanea Roma (MACRO), Rome; the Peggy Guggenheim Collection, Venice; the Guggenheim Abu Dhabi, and the Hirshhorn Museum and Sculpture Garden, Washington, D.C. He represented Italy at the Venice Biennales of 1964, 1966, and 1984. Castellani’s work was centrally featured in ZERO: Countdown to Tomorrow, 1950s-60s, a 2014–15 exhibition at the Solomon R. Guggenheim Museum, New York, that focused on Group Zero, an international network of artists who pioneered new approaches to light, movement, and space in the aftermath of World War II. In 2010, he became the first Italian artist to receive the Praemium Imperiale for Painting, an honour awarded by the Emperor of Japan.

Lévy Gorvy worked with Enrico Castellani since 2007 and has curated several exhibitions of his work in New York and London, including Local History: Castellani, Judd, Stella in 2014–15, and published books including Enrico Castellani in 2016. The third volume of the catalogue raisonné covering the years 2006–16 includes a full inventory of all the sculptures and is due to be published in 2021.