Cassi Namoda: Little is Enough for Those in Love

Cassi Namoda: Little is Enough for Those in Love

6 Heddon Street, W1B 4BT Cassi Namoda: Little is Enough for Those in Love 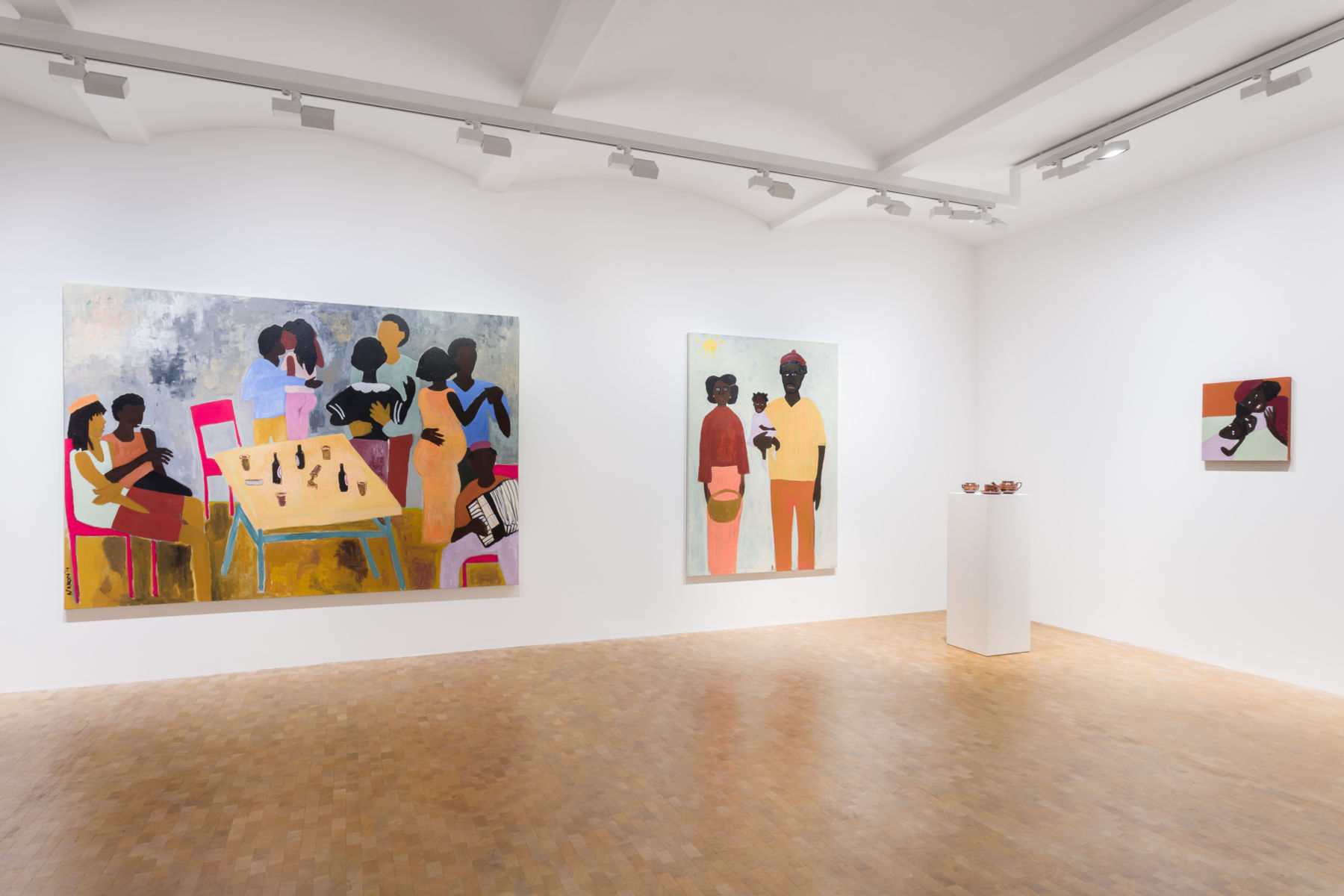 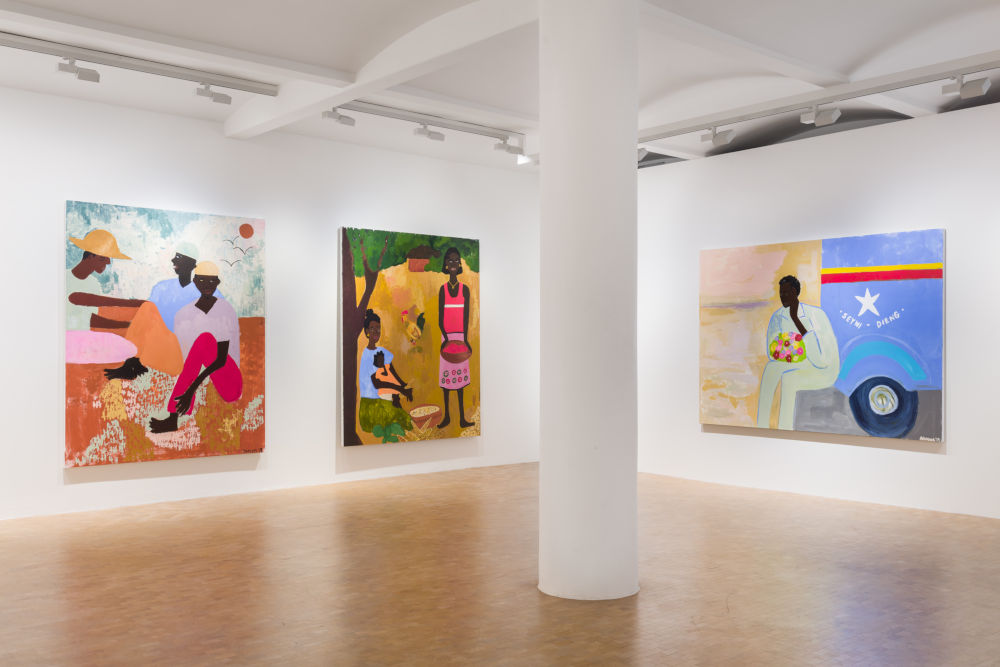 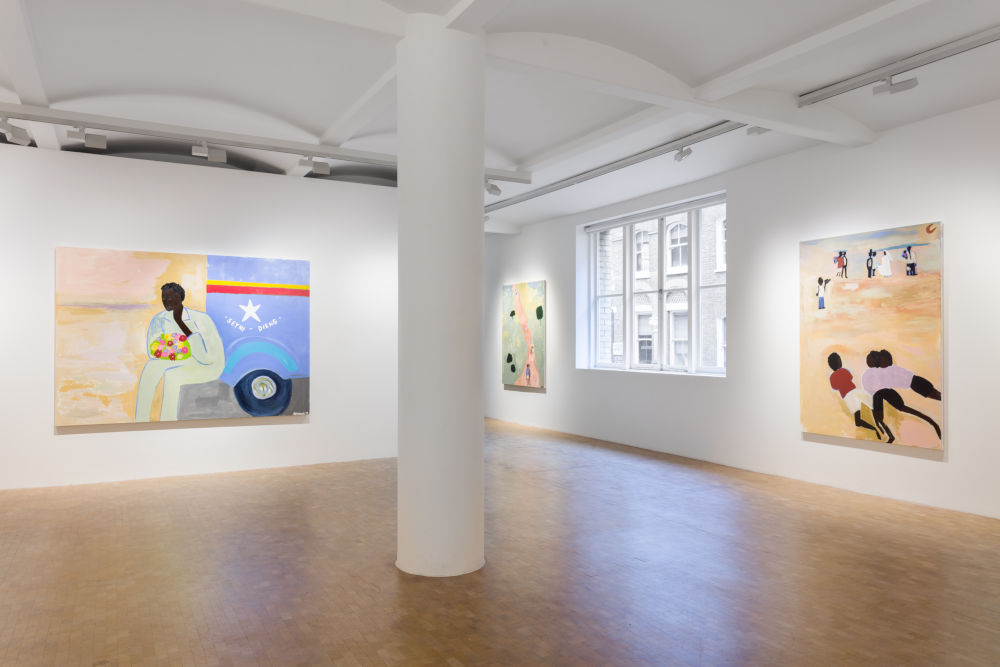 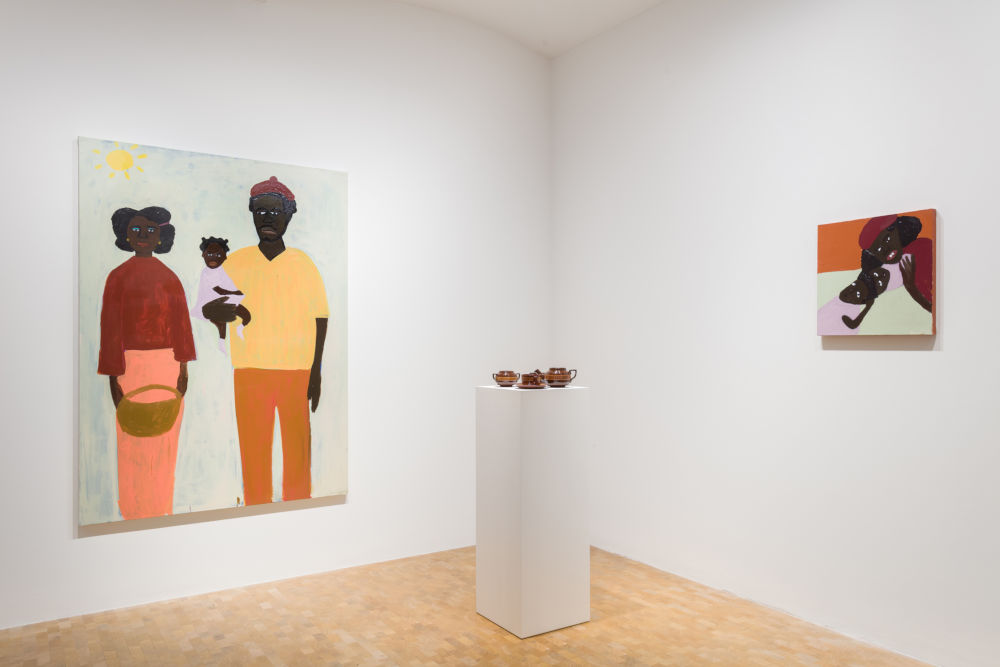 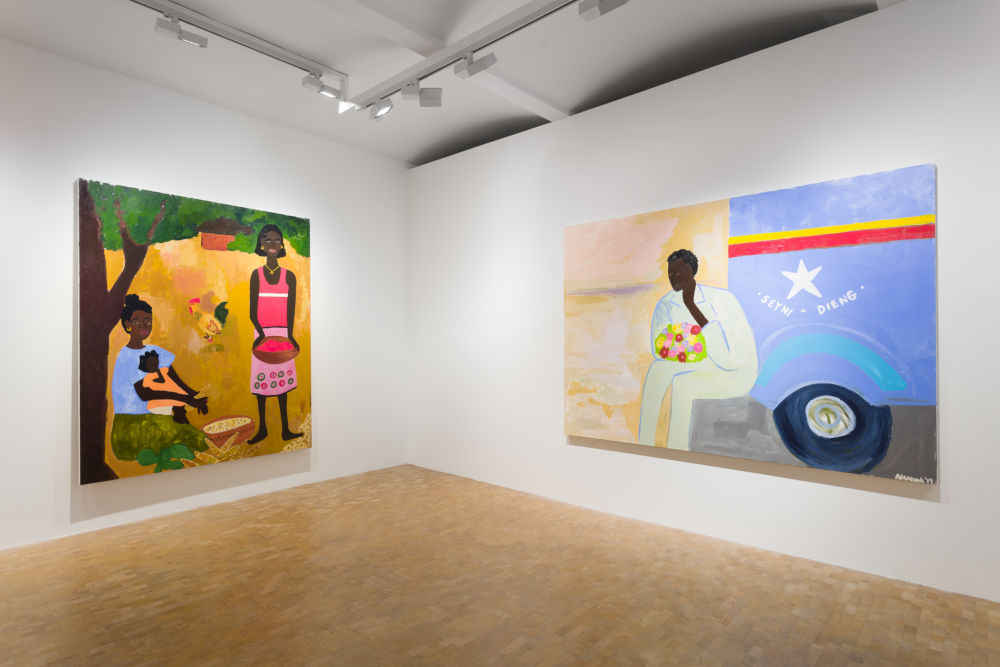 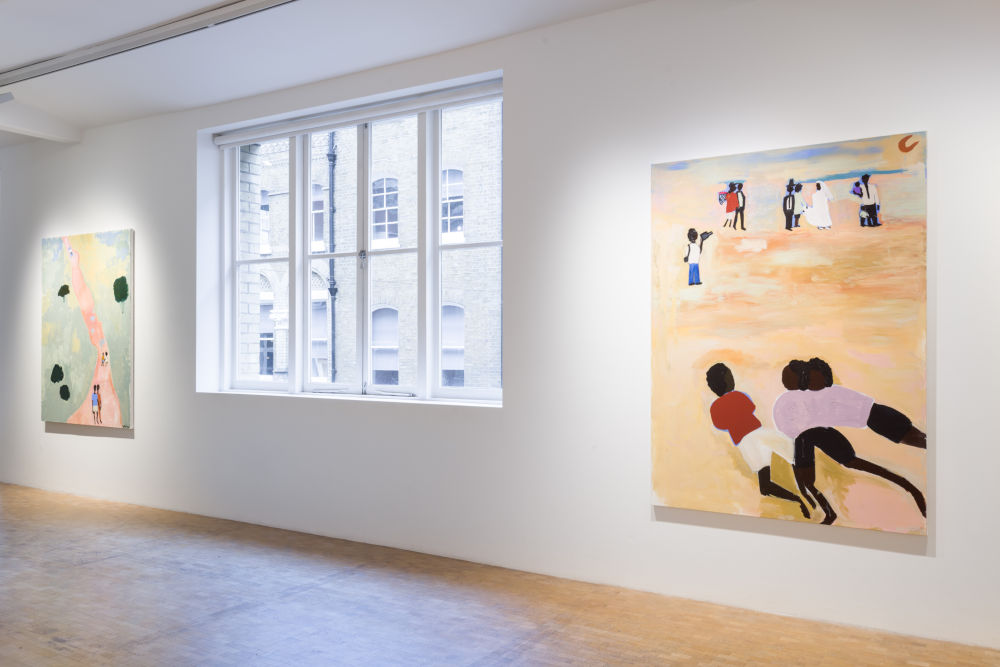 Taking its title from an East African proverb, the exhibition features new paintings that explore life and love in the city of Maputo, the artist’s birthplace and home for several years. Veering between the polarities of joy and pain, Namoda foregrounds individual human experience alongside observations about life in a post-colonial, post-communist society.

Namoda, who travels constantly and has no fixed studio, grew up between Mozambique, Haiti and the United States. She incorporates the fluidity created by this mixed cultural and racial identity into her artistic practice, reflecting a sense of flux in the very composition of her paintings. Each work is made up of images drawn from archival photographs, memories and imagination, weaving together personal experience and broader historical and fictional narratives. Inspired in part by the writings of the late Kenyan theologian John Mbiti (1931-2019) whose research challenged colonial interpretations of traditional African religions, this body of work takes Mbiti’s concept of dual rather than linear time as a way of exploring alternative cadences of life.

Through loosely applied layers of paint, Namoda depicts her characters against broad landscapes of shifting colour and sweeping brushstrokes. Figures are brought to the fore within abstracted planes of colour painted in a soft palette, conveying a sense of private emotions deeply felt yet quietly expressed. Her protagonists are often engaged in formal and informal social activities: a prayer group, a family outing, friends spending time together. Namoda astutely observes the role of memory and performance in these communal experiences. For example in the exhibition’s title painting which depicts a wedding on the shore of Maputo Bay, one guest captures the proceedings on video while a group of children observe the scene from their spot on the sand. Social convention seems to weigh heavily on Namoda’s characters: in one painting a young man sits perched on the back of a bus, his evident melancholy contrasting with the bouquet of brightly coloured flowers on his lap, in another a young husband and wife carry their baby daughter, all three awkwardly acting out their familial roles.

During the exhibition’s opening night the artist will activate her installation Tea of Nostalgia with a new performance. Steeping leaves harvested in her grandfather’s region of Gurúè, Namoda will serve tea from an original colonial tea set. This act of libation brings together past and present, simultaneously asserting her place within her family history while also forming a new relationship with the audience. This gesture, both private and collective, unites many of the threads running through Namoda’s works.