Galerie Max Hetzler, Berlin, presents Selected Drawings, an exhibition of works on paper by Carroll Dunham. To the artist, the act of drawing is both a routine and a cornerstone for all other media in his multidisciplinary approach. The focus of the show on works in this medium is therefore intimate and highly informative of his practice at large. 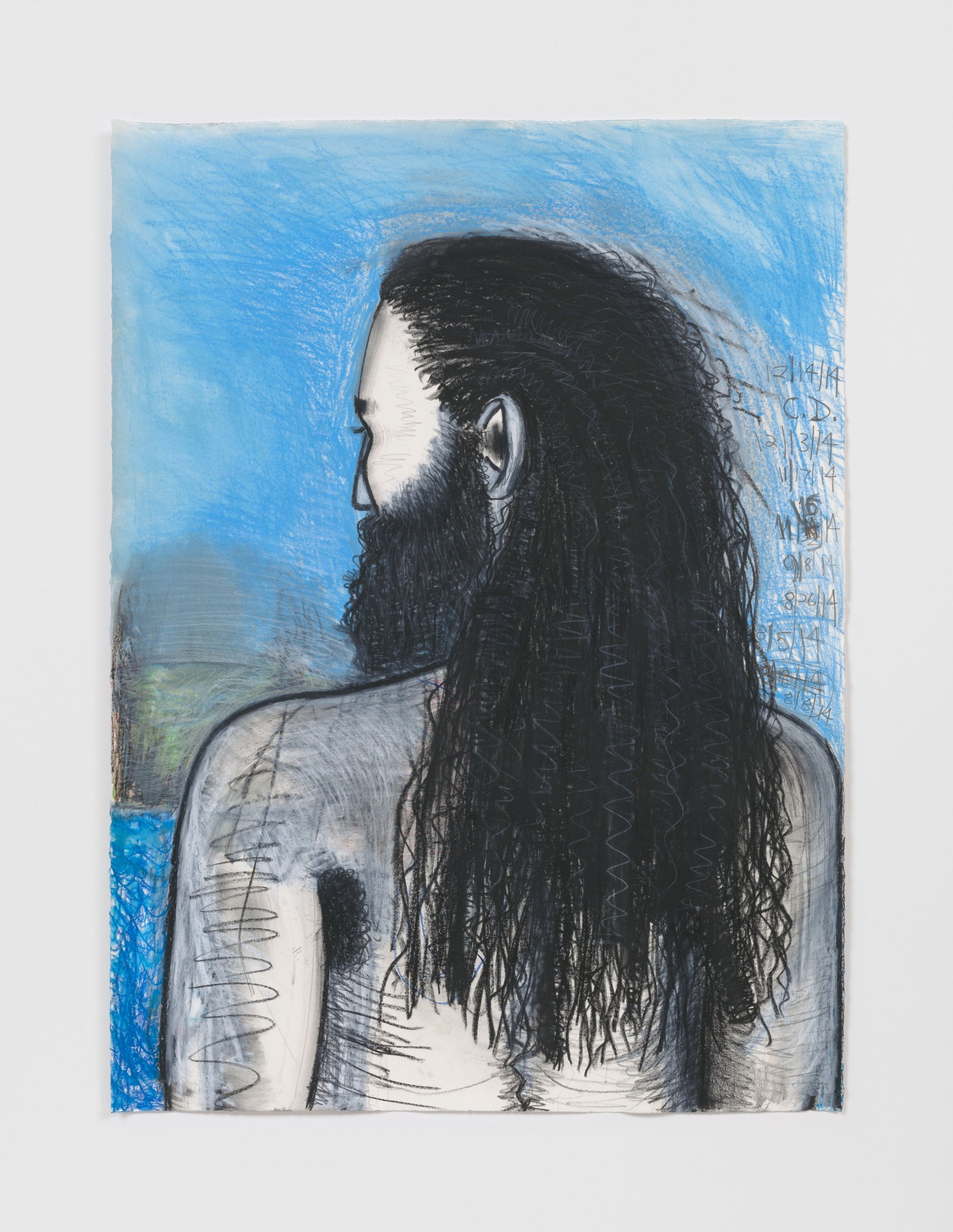 One of the leading artists of his generation, Dunham is celebrated for his independent and highly distinctive oeuvre. Across several decades, his work has evolved from anthropomorphic abstraction in the 1970s to a surreal universe inhabited by archetypal human figures. Dunham’s careful choreography provides insight into his subjects’ complex internal world. Riding the line between abstraction and figuration, planes of strong colour and the artist’s distinctive curvilinear line activate the energetically charged works.

The human body has been an ongoing primary subject in Dunham’s oeuvre. Including works from several prominent series of the past decade, a selection from Dunham’s celebrated ‘Wrestler’ series presents a male figure rendered in profile, contemplating his own reflection over a body of water, or wrestling with other male nudes in the landscape.

Works from Dunham’s recent series of green humanoids, in which male and female figures are brought together, are also on view. Influenced by Dunham’s interest in science fiction and cartoons, this kryptonite palette acts as a literal mode of alienation to create distance between the artist and his subject matter, enabling him to explore notions of male and female subjectivity free from tropes of race and gender.

Just as the individual nude bodies in his works have always been stereotypes, with their penises, nipples, buttocks and hair invested with such neutrality and objectivity as to elude any reference to pornography, the drawings of mating couples refer to an ancient future hidden somewhere in the cosmos. The universality of these works is highlighted by the repetition and the anonymity of the males and females whose faces are never entirely shown.

A mode for inventiveness and experimentation, drawing enables Dunham a raw and immediate pathway for his distinctive pictorial lexicon, without hierarchy towards painting.

‘There is no work of Carroll Dunham that doesn’t use drawing as a foundation. I wouldn’t even know what it would mean to make painting without drawing… I have always drawn a lot, I have always used drawing as a laboratory to think about other things.’ (1)

A solo exhibition of prints by Carroll Dunham will be presented at The National Museum of Oslo, Norway, from February 2023. This will be the first solo museum presentation of Dunham’s prints in Scandinavia.