VerghisArt presents Ex Situ, an exhibition by British artist Caroline Rothwell in which she assembles an imaginary botanical archive. 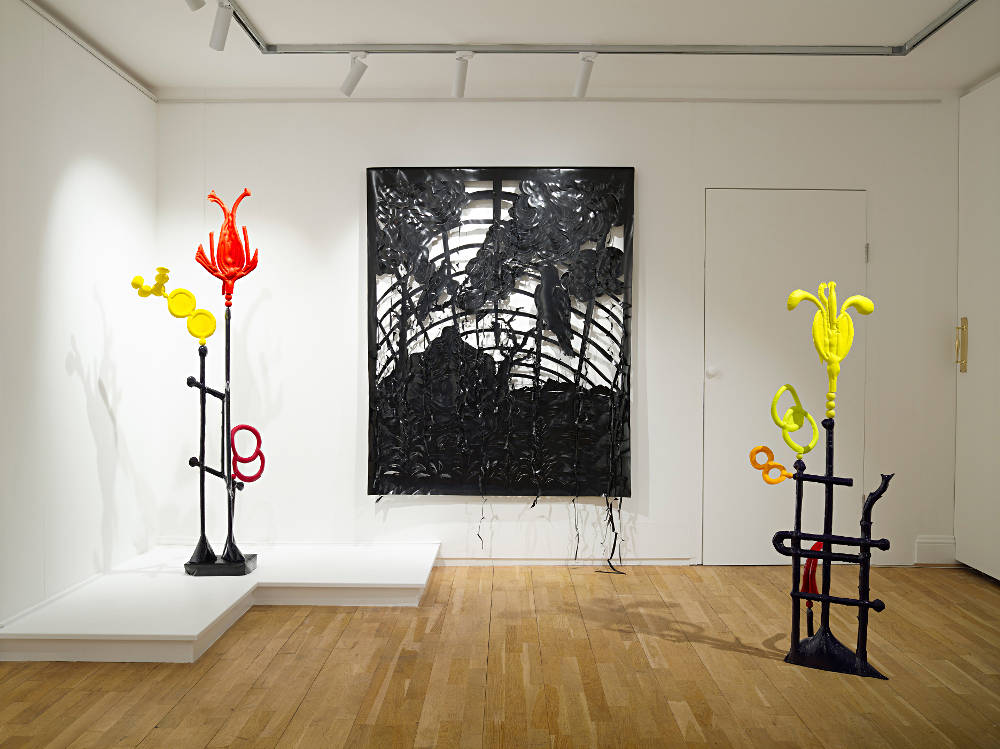 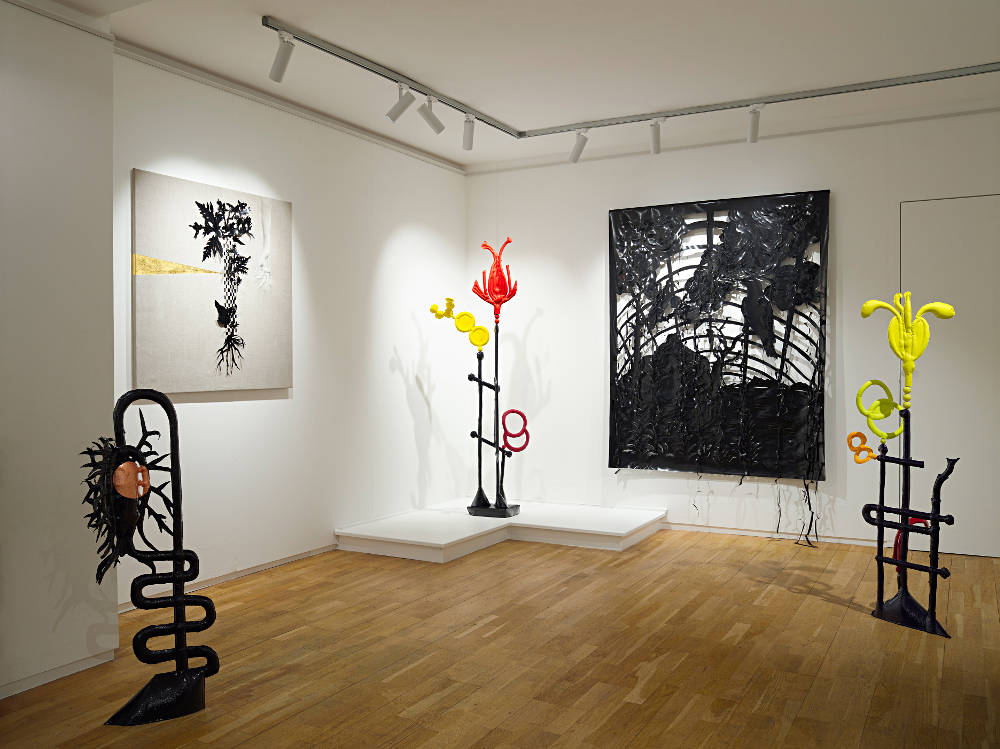 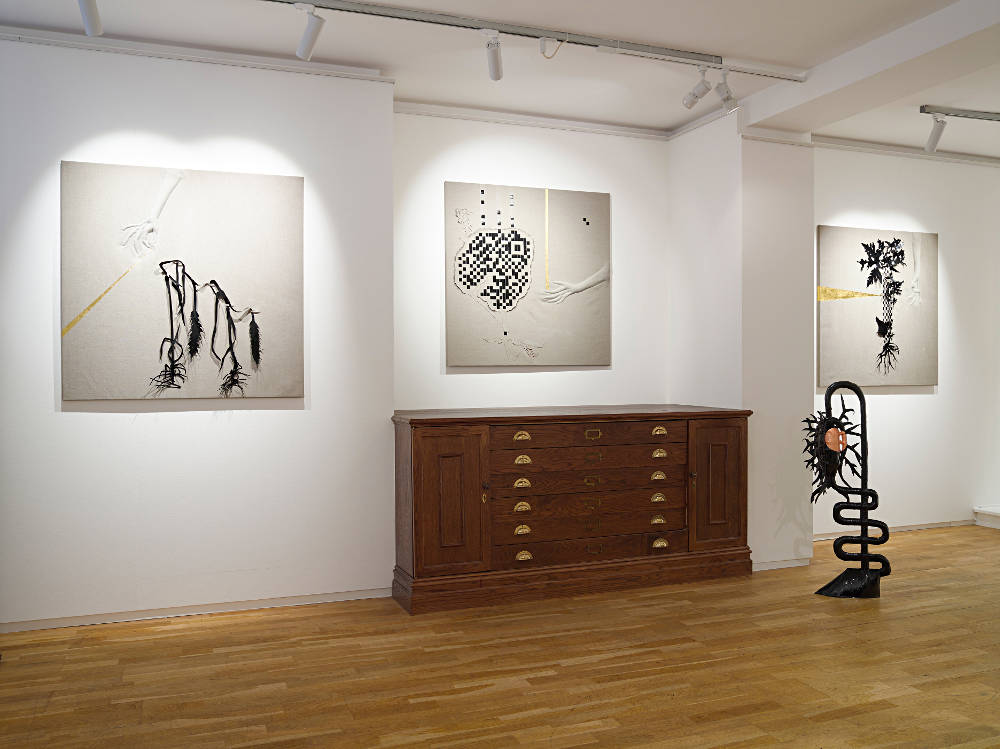 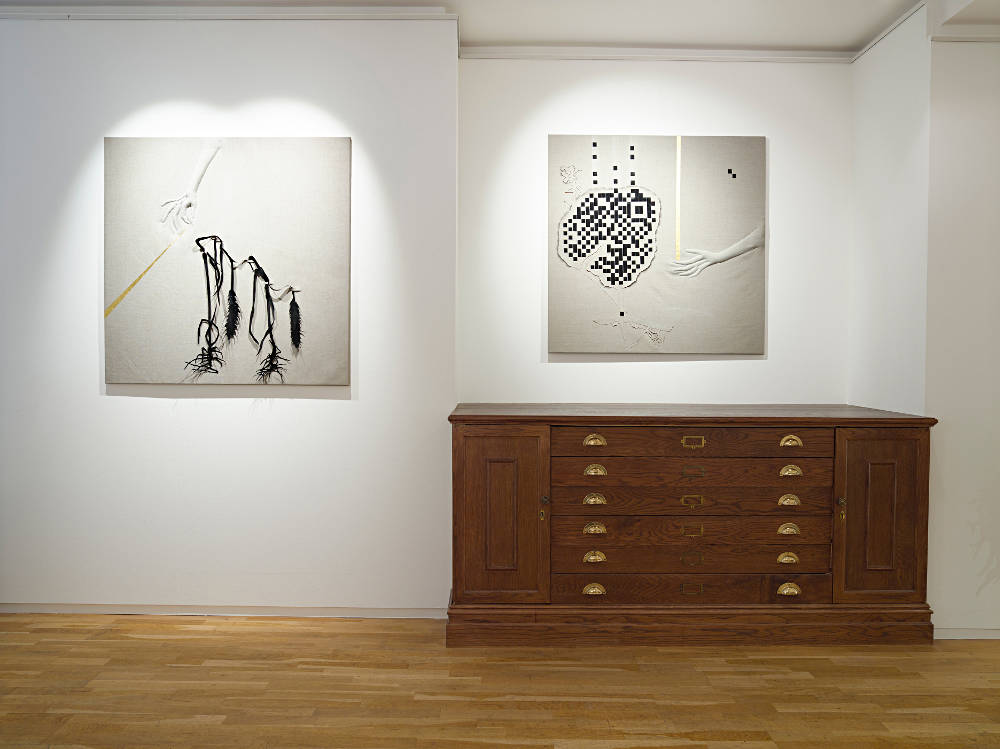 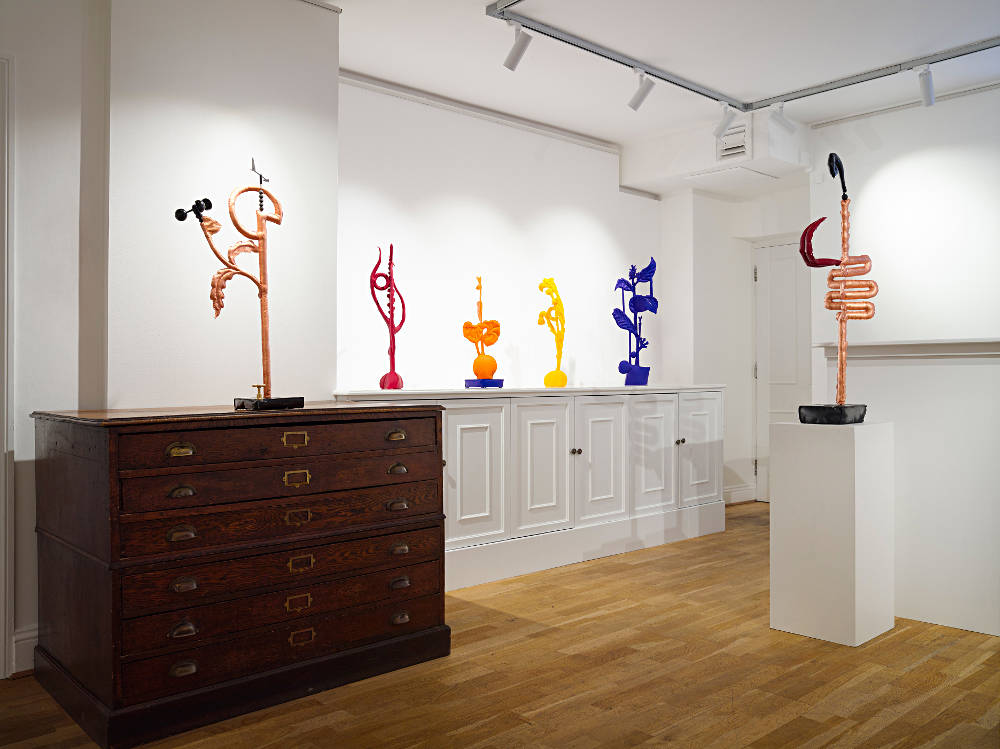 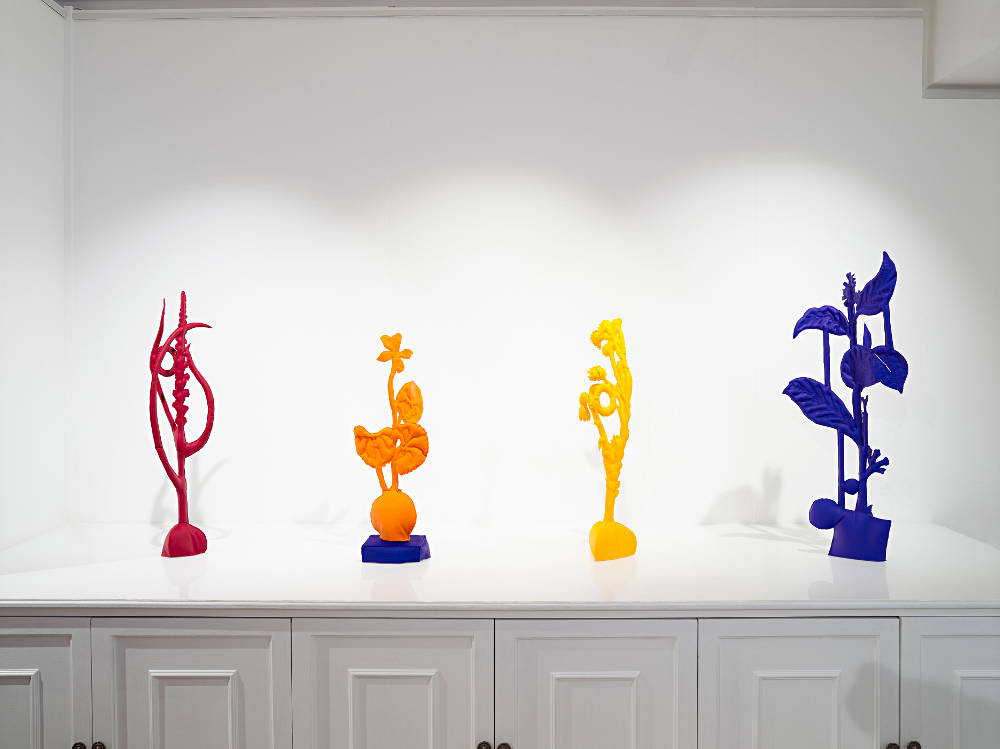 Taking the form of new wall-mounted and freestanding sculptures, Rothwell’s archive draws on the materials and instruments of 19th-century botany, mediated by the technological revolution of the 20th century, to offer a visual register of humanity’s impact on the natural world today.

The body of work presented in Ex Situ grows out of a residency Rothwell undertook at the Museum of Archaeology and Anthropology at the University of Cambridge in 2015, where she encountered rare botanical specimens held in the university’s herbarium. Some of these samples, such as a now-extinct cucumber found by Charles Darwin in the Galapagos Islands, have been hybridised by the artist in the ‘Metamorphosis of Plants’ series. Black silhouettes of these specimens, alongside others sourced by English naturalist Joseph Banks and Soviet agronomist Nikolai Vavilov, are hand-cut from industrial PVC and threaded through raw Belgian linen. Cast in relief, a disembodied female hand appears poised to either pluck or plant the botanical hybrid in each work, engaged, like the artist, in an act of re-germination. Geometric applications of gold leaf evoke historical scientific instruments, while fictitious barcodes created by the interwoven linen and PVC suggest the evolution of nature in the digital age. Vivid and contemporary in their materiality, these new wall works harness the ecological potential of centuries-old preserved plants, conveying the adaptive resilience of nature set against global histories of trade, industrialisation and colonisation.

A series of freestanding, primary coloured sculptures entitled ‘Biomorphs’ conducts a similar enquiry into ideas of classification and control, nature and artifice, evolution and transmutation. Created from hydrostone, poured into stitched canvas and laminated in epoxy resin, these pieces suggest the museological aesthetic of taxidermied objects. Their organic and industrial forms are juxtaposed in vertical arrangements which stress their contemporary interdependency. Plant stems morph into convoluted networks of copper pipes, around which are propped high-gloss human tongues or microscopic lenses, suggesting a radical new taxonomy by which to understand today’s genetically and technologically modified plant forms. Taxonomical arrangements of scientific specimens and instruments are also found in a series of prints, made by Rothwell following her Cambridge residency and presented here alongside their etched copper plates in old wooden plan chests.

The ‘Metamorphosis of Plants’ and ‘Biomorphs’ sculptures reveal an artist regenerating botanical specimens from the past, cultivating them through the technological advances of the 20th century, to speculate on their environmental potential for a post-industrial age. Based on the principles of ex situ conservation, in which an endangered plant species is offered protection outside its natural habitat, Rothwell’s imaginary archive considers how our innate biophiliac tendencies to collect, understand, modify and disrupt the natural world have shaped our engagement with it across centuries. In the precarious equilibrium that exists between natural and manmade systems in Rothwell’s works is a formal reckoning of the environmental consequences of human endeavour in the age of the anthropocene.

A second chapter of the exhibition which builds on Rothwell’s engagement with the historic exchange of ideas and specimens between the North and the South will be presented at the Chelsea Arts Club from Tuesday 25 September – Sunday 14 October.