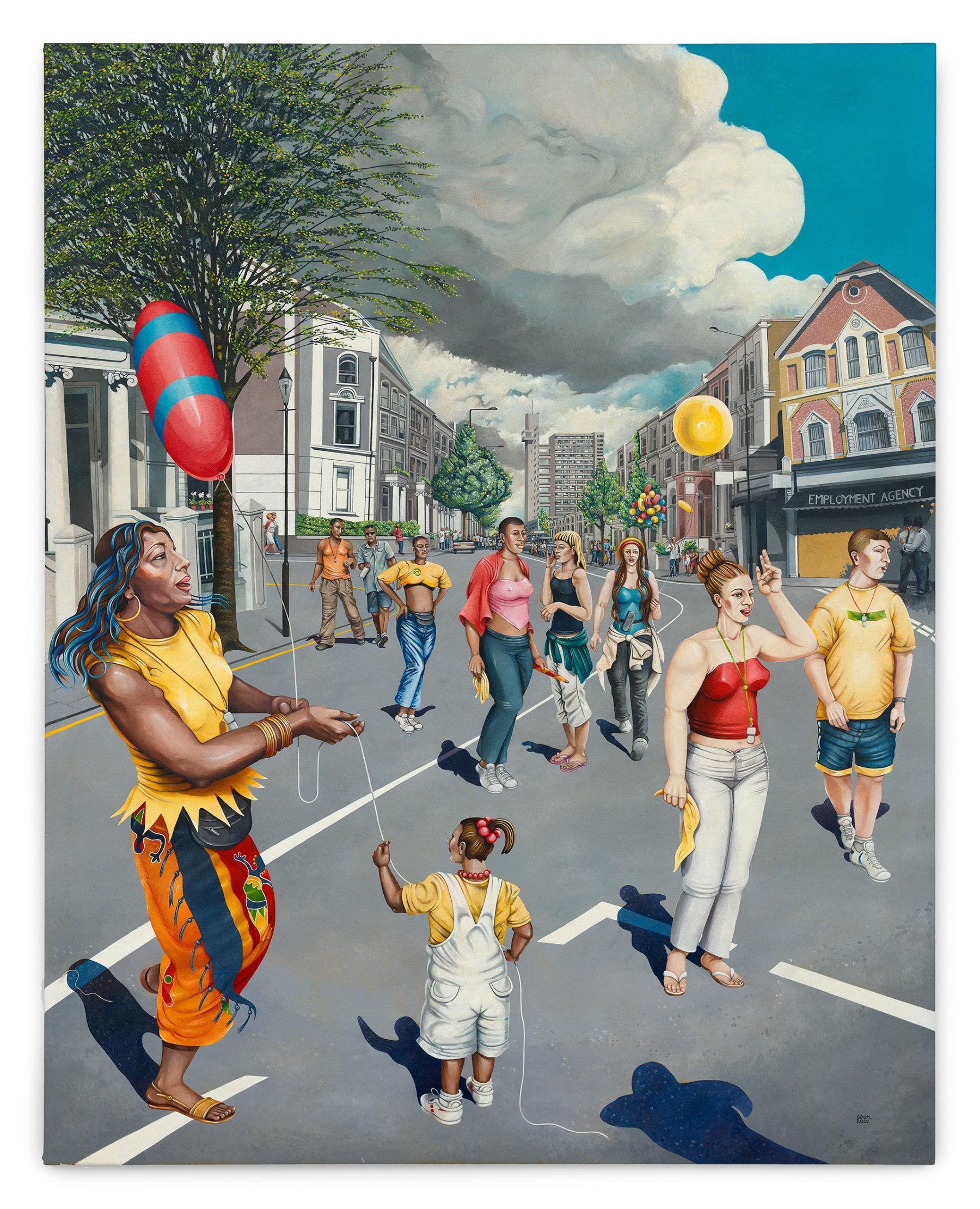 Focusing on her local neighbourhood in West London, the show brings together a selection of the artist’s ‘Urban Landscapes’ made over the past twenty-five years. Scenes of everyday life depicting roadways, social housing and canals, shoppers and pram-pushing mothers, are peppered with subtle allusions to the city’s darker underbelly.

Coon writes: “This neighbourhood has been my home for nearly sixty years. As I have grown old, the avenue of plane trees on Ladbroke Grove has grown magnificently tall. Even though I think I know each inch of territory – Regent’s Canal, the parks, secret mews and dark alleys – every so often I see something familiar in a new light. The privilege of stability I have enjoyed is in stark contrast to the flux and flow of enterprising people, refugees and migrants who have moved here escaping wars and searching for work. All the world seems to gather here contributing to a street life that zings with different languages and resourceful energy which can lift the human spirit even on the saddest day. Disasters have scarred this place. Homes were demolished to make way for the monstrous Westway motorway. Grenfell Tower tragically burned. But, with each crisis, the richly diverse multi-cultural community pulls together to do the hard work of political repair. Only the COVID-19 plague could stop Carnival! Otherwise, ever since 1966, despite establishment opposition, everyone who can put aside hardship and heartache joins in the parade, the spectacular August bank holiday bacchanalia of food, music and dancing. My enduring love of this place enables me to put LOVE into these urban landscape paintings.”

Inspired by feminism and the politics of sexual liberation, Coon’s wider practice is dedicated to contesting binary notions of gender and oppressive patriarchal values. Her work covers a variety of subjects including sex workers, beachgoers, intersex people, still lives and football players. Coons’ paintings are united in their unwavering rebellion against the status quo.

The show is accompanied by a newly commissioned essay by Jennifer Higgie.