Alison Jacques Gallery presents its first exhibition of work by Carol Rhodes (1959–2018). Organised in partnership with the Carol Rhodes Estate, whose curator Andrew Mummery worked closely with the artist for much of her career, the exhibition includes landmark paintings and rarely-shown drawings dating between 1995 and 2016. 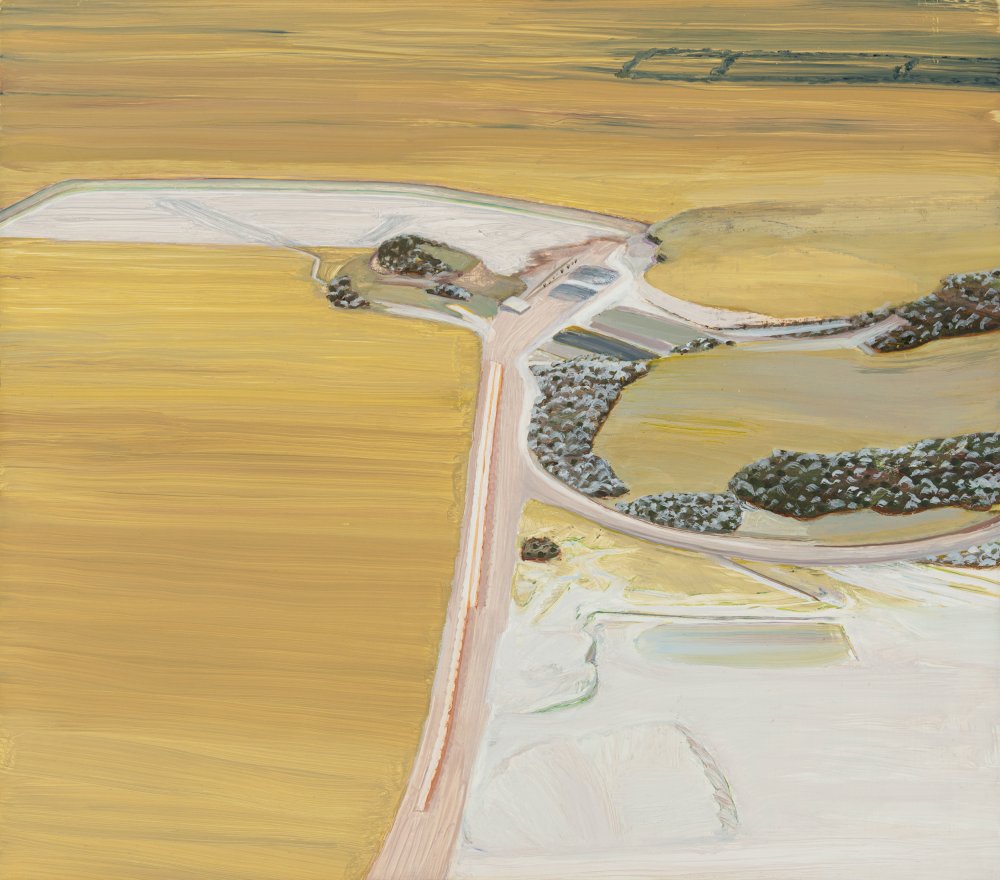 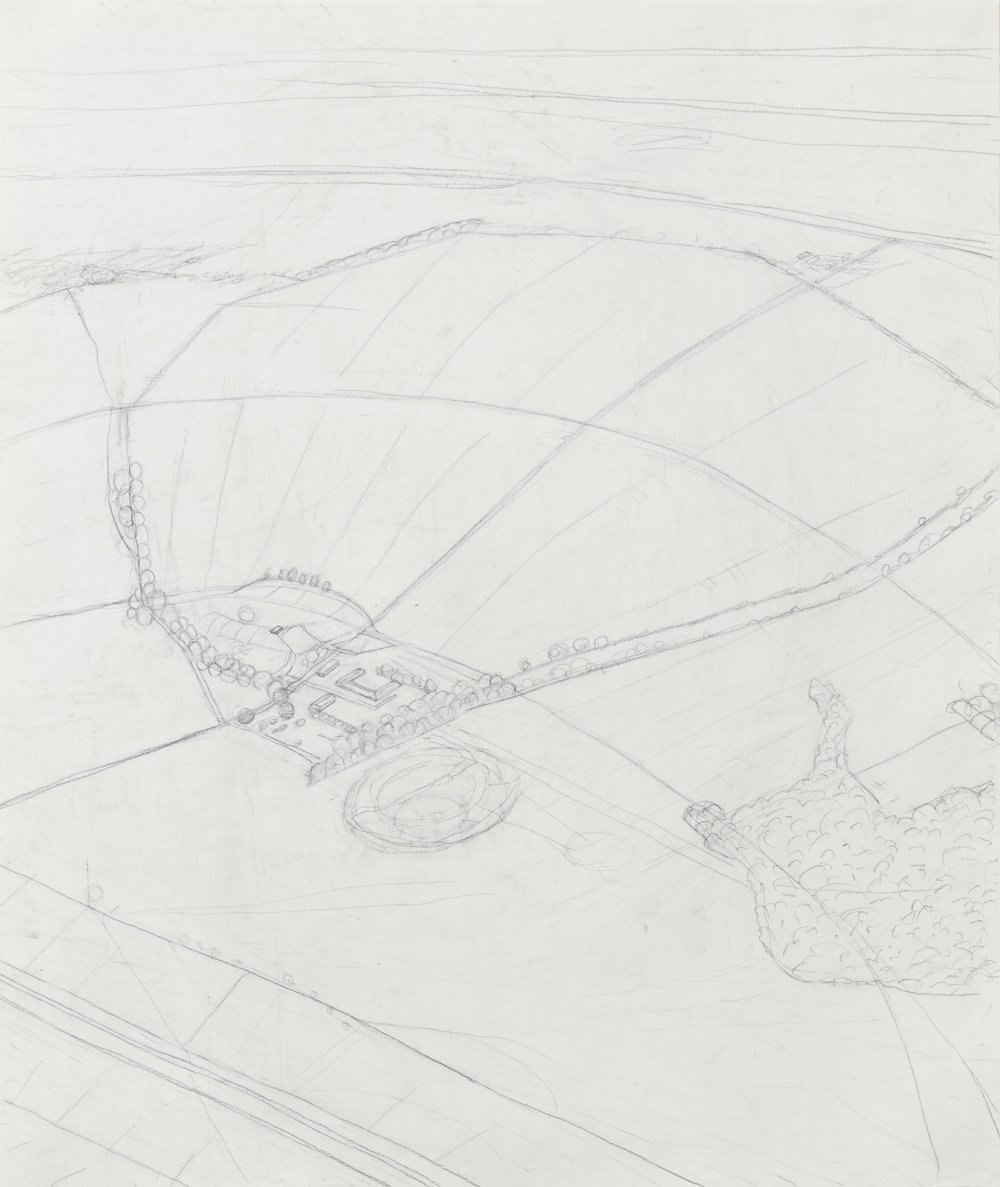 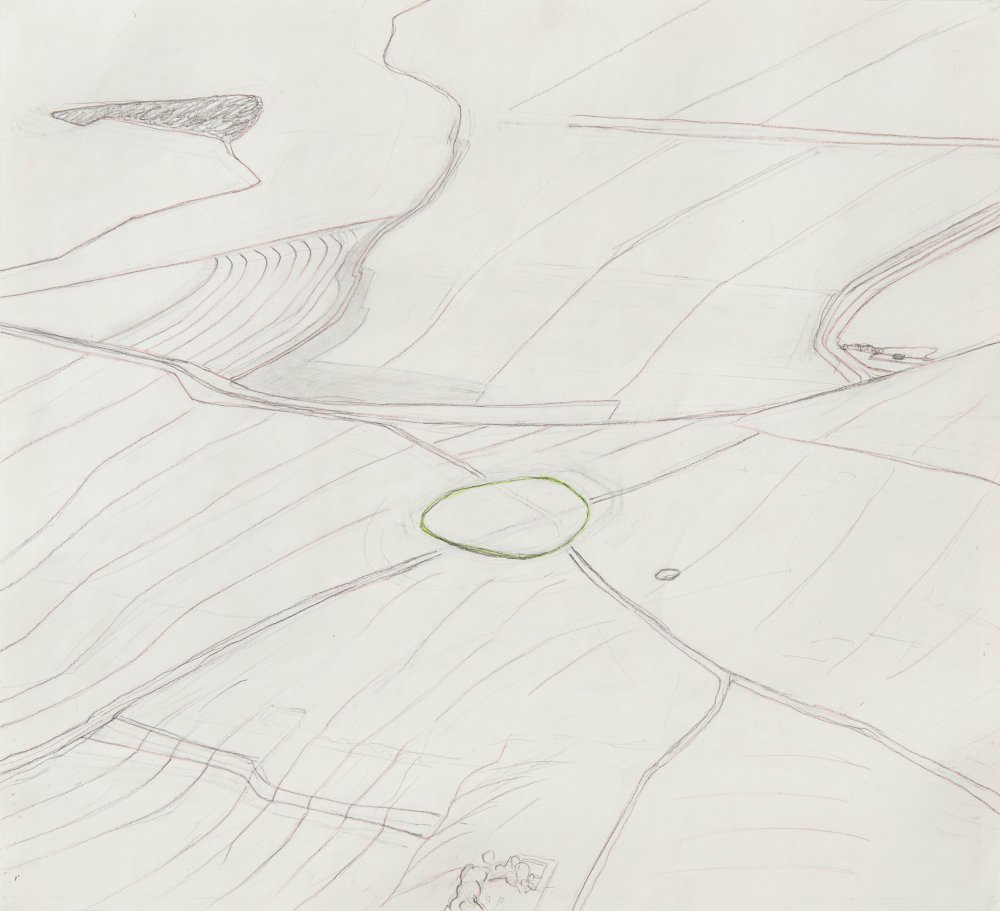 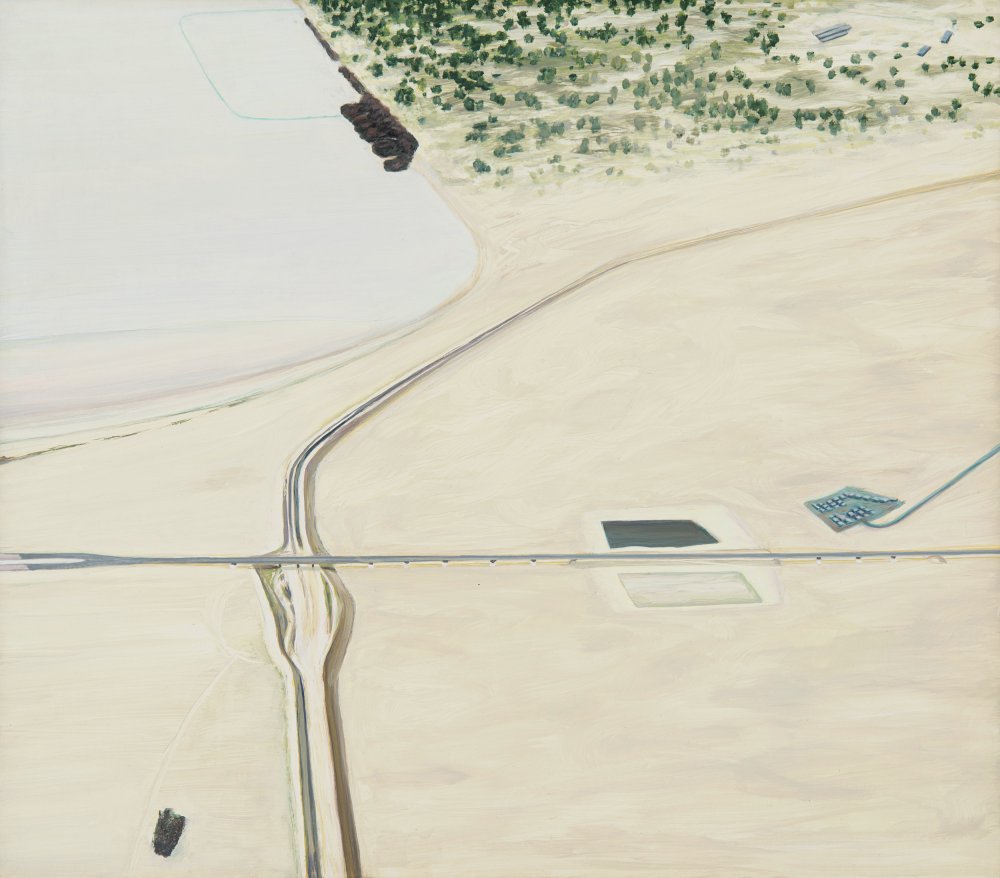 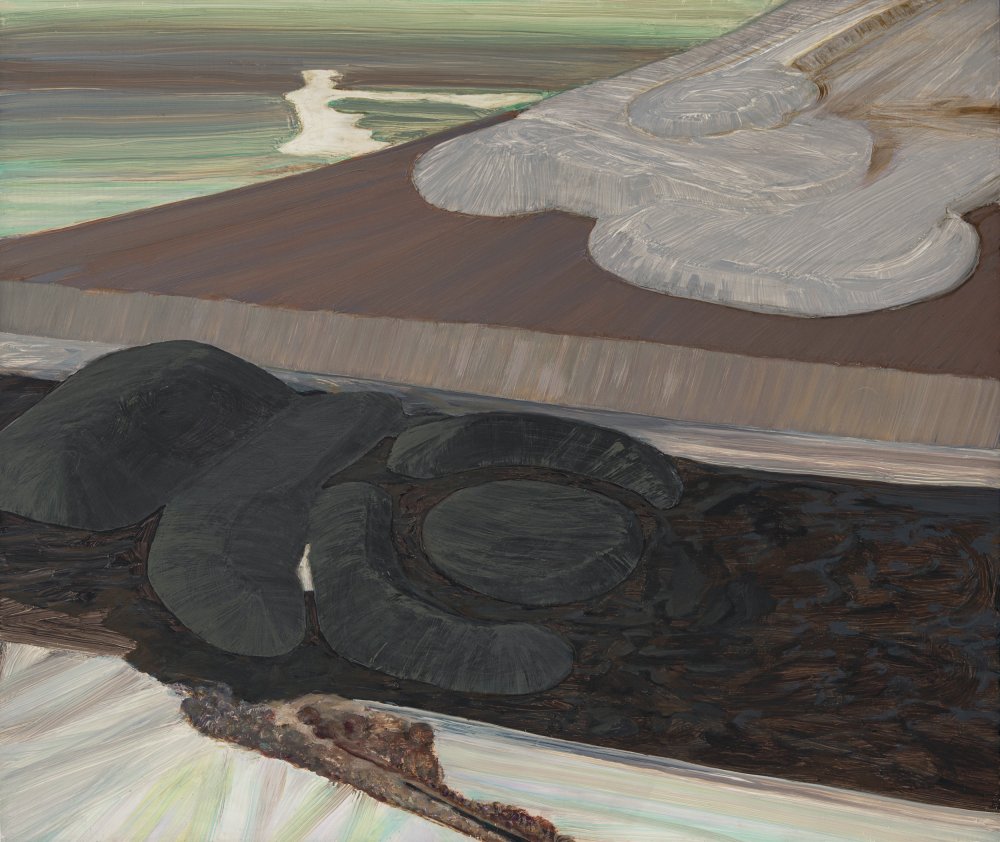 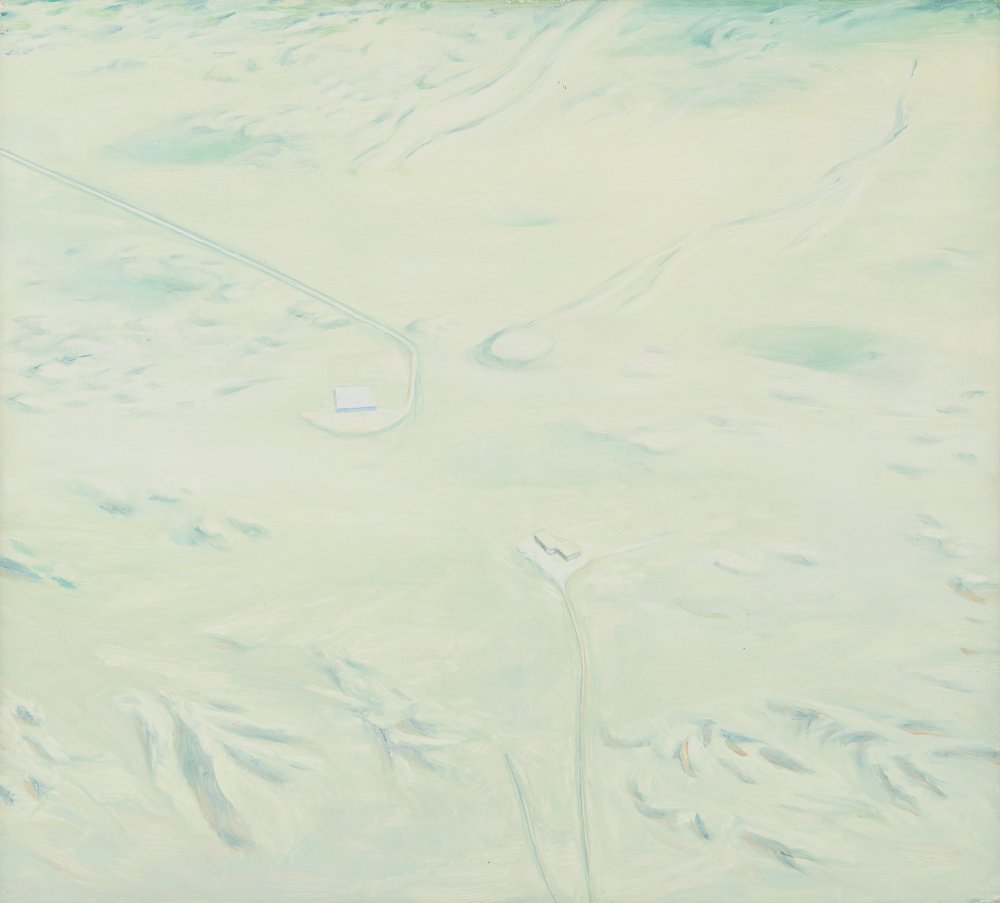 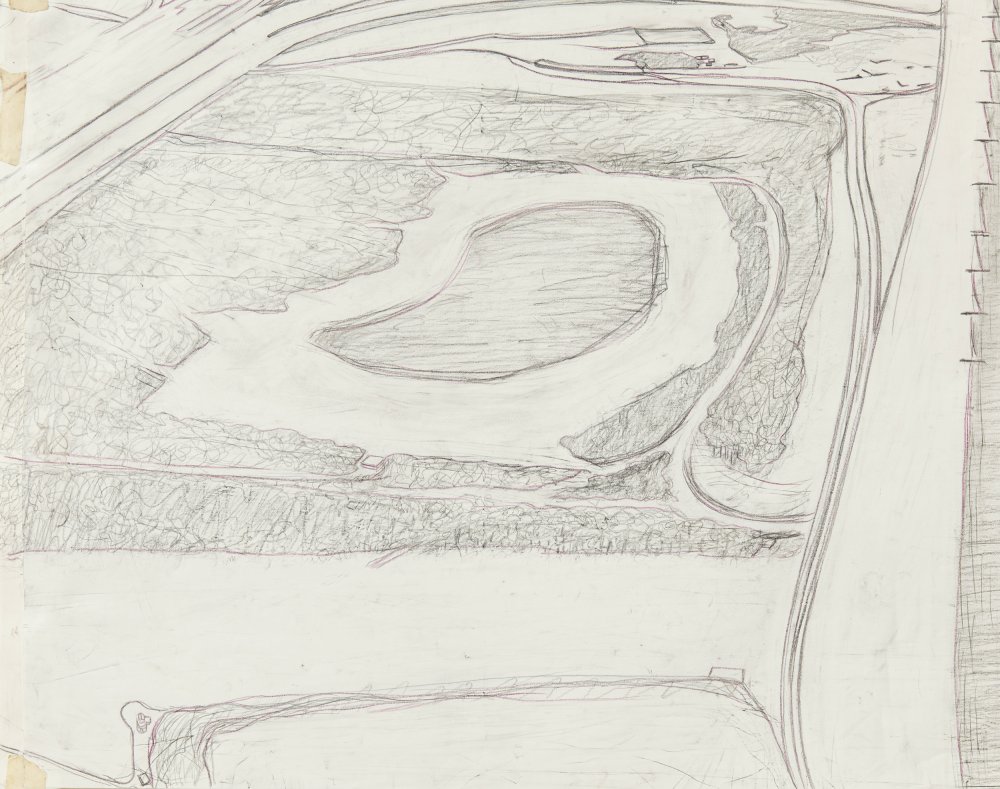 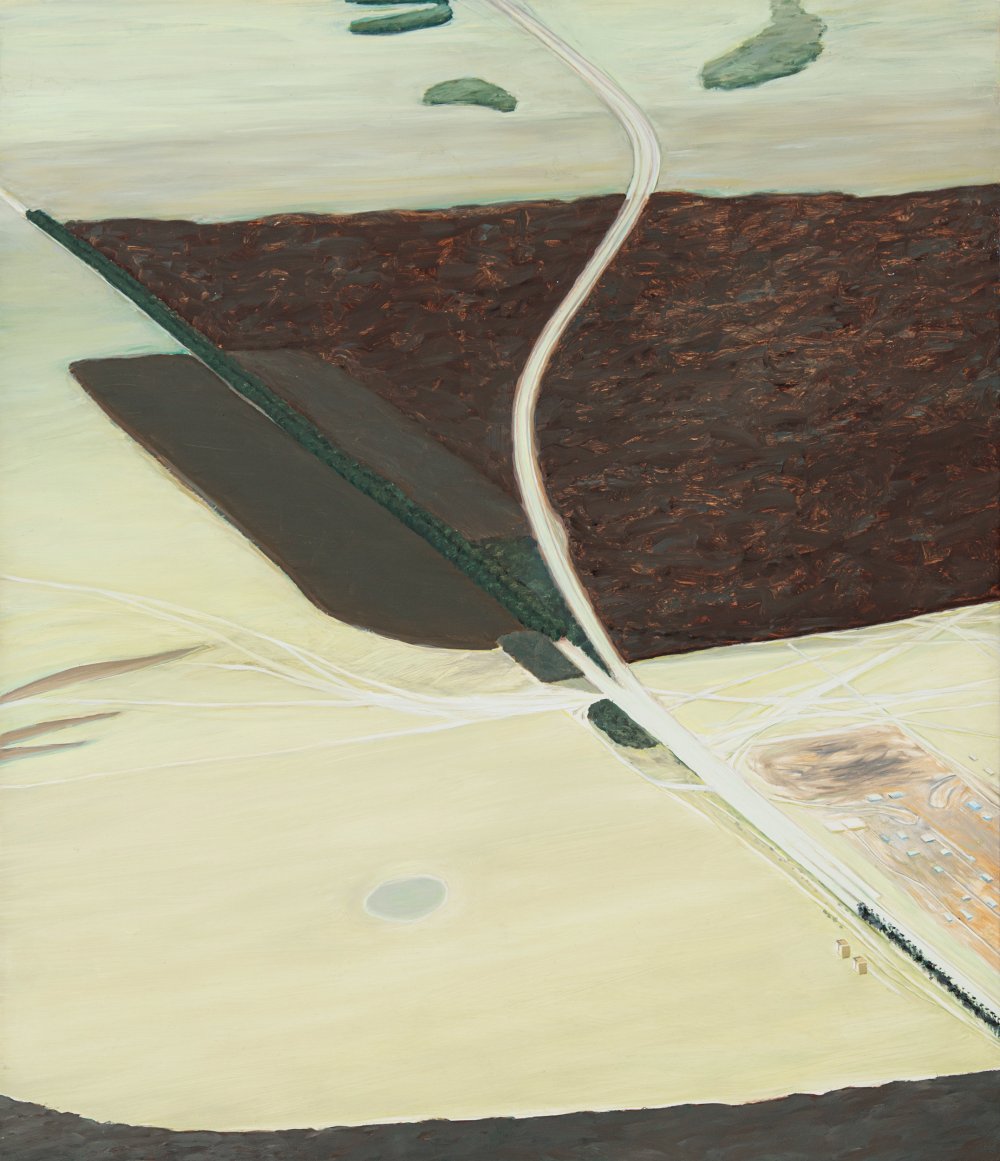 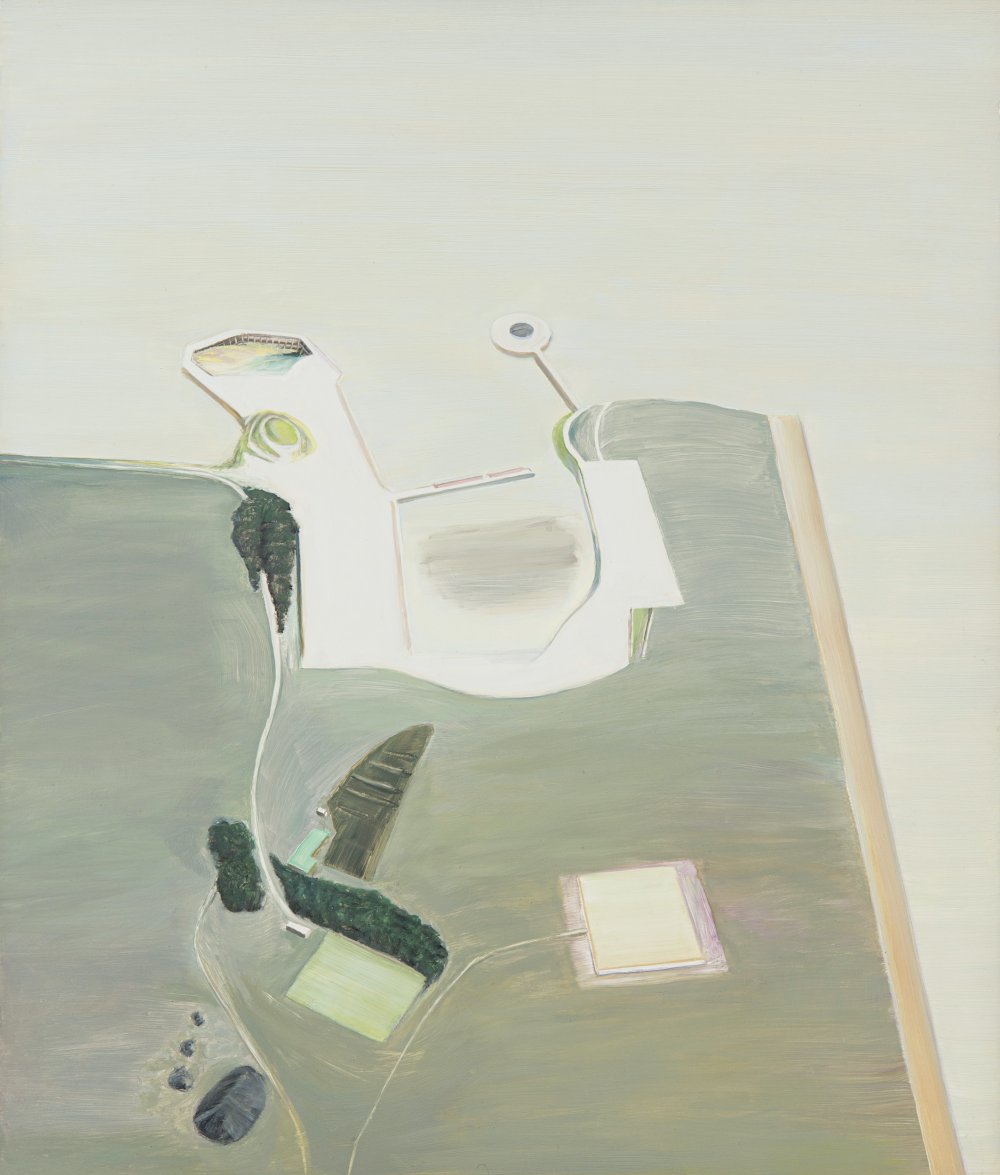 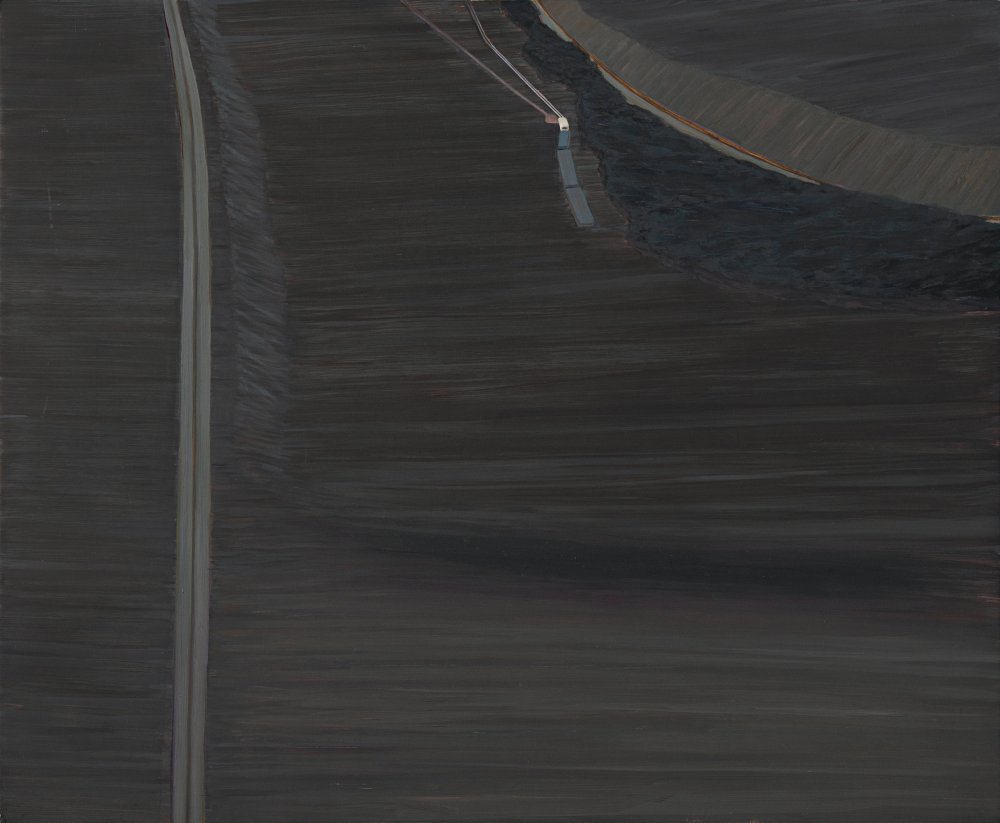 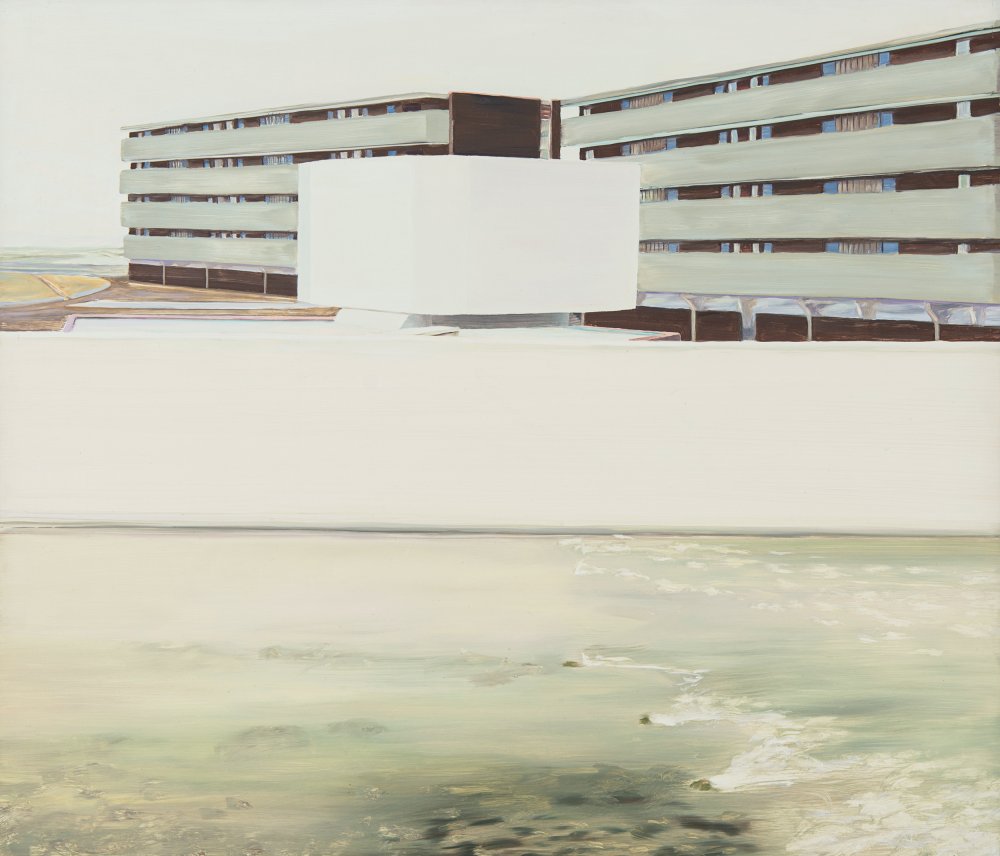 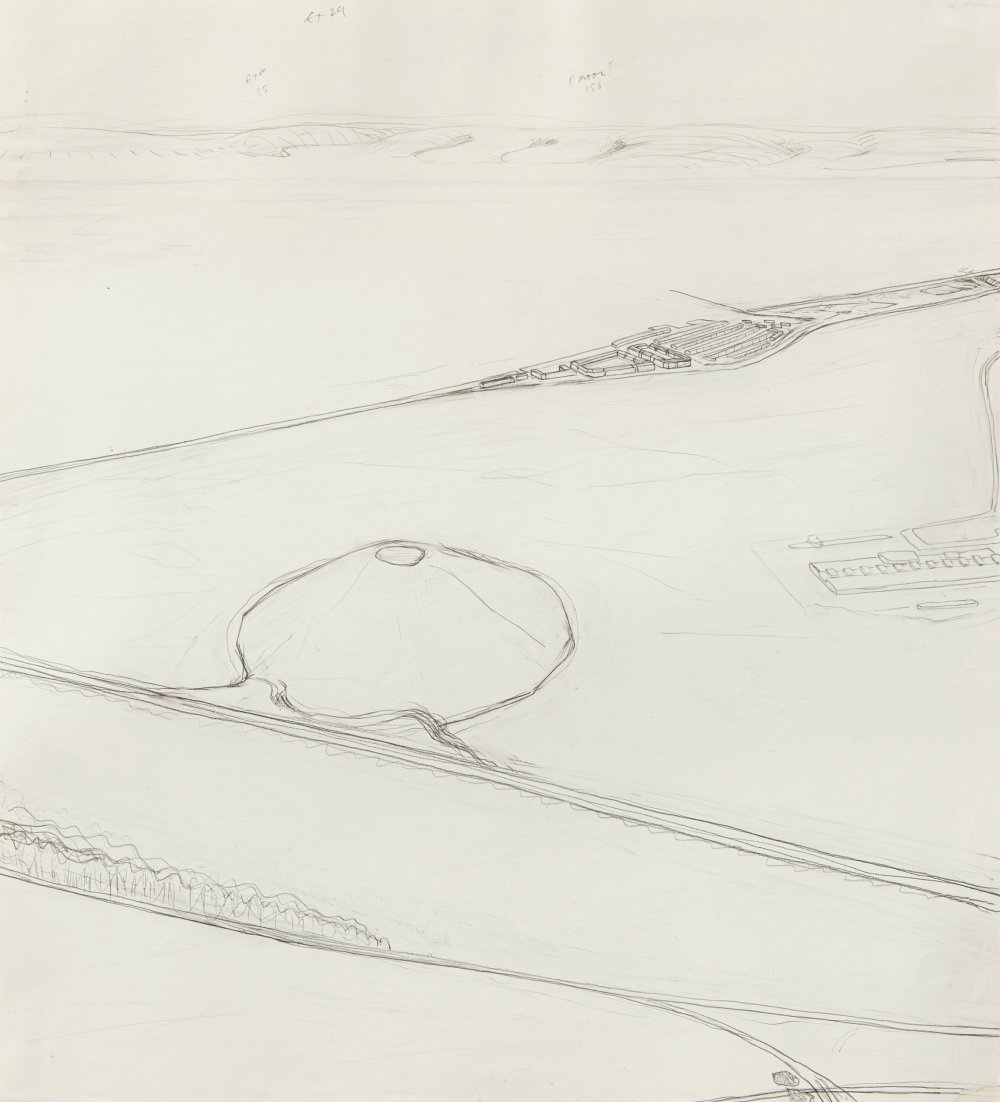 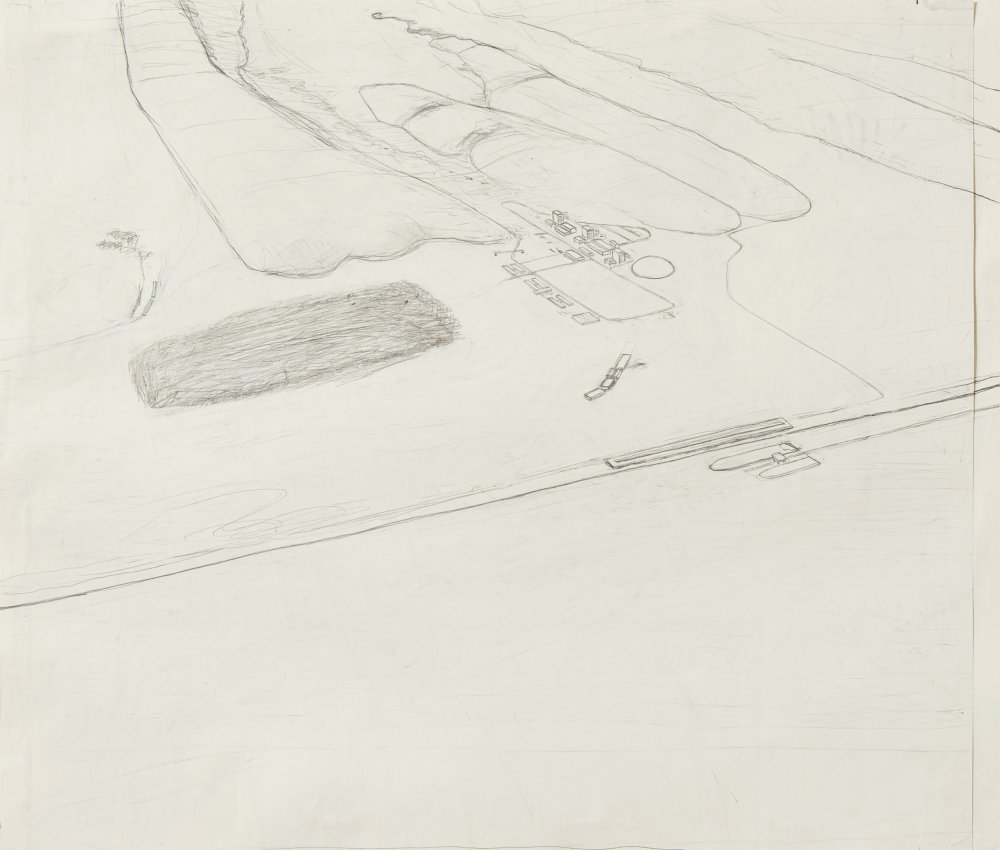 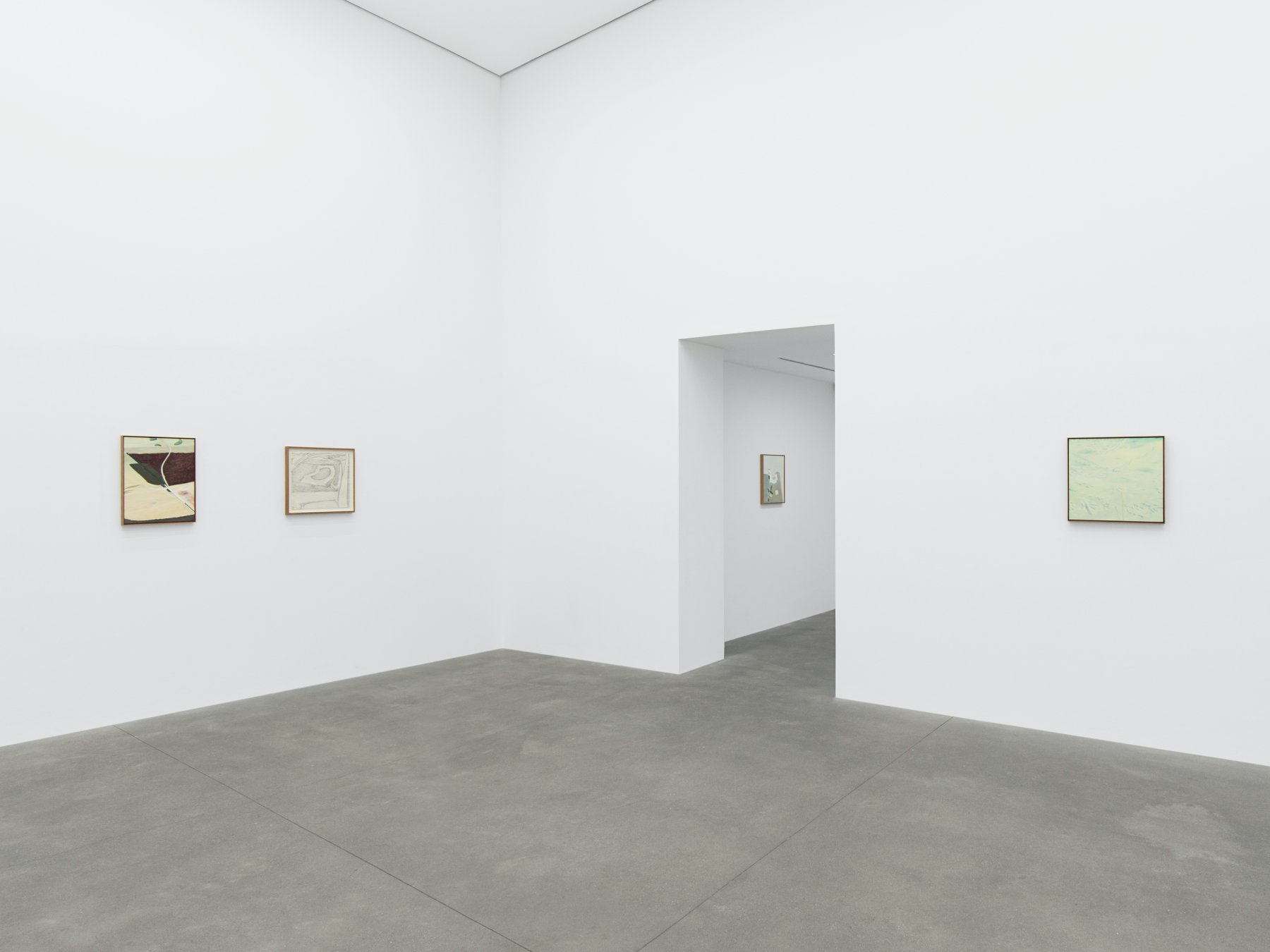 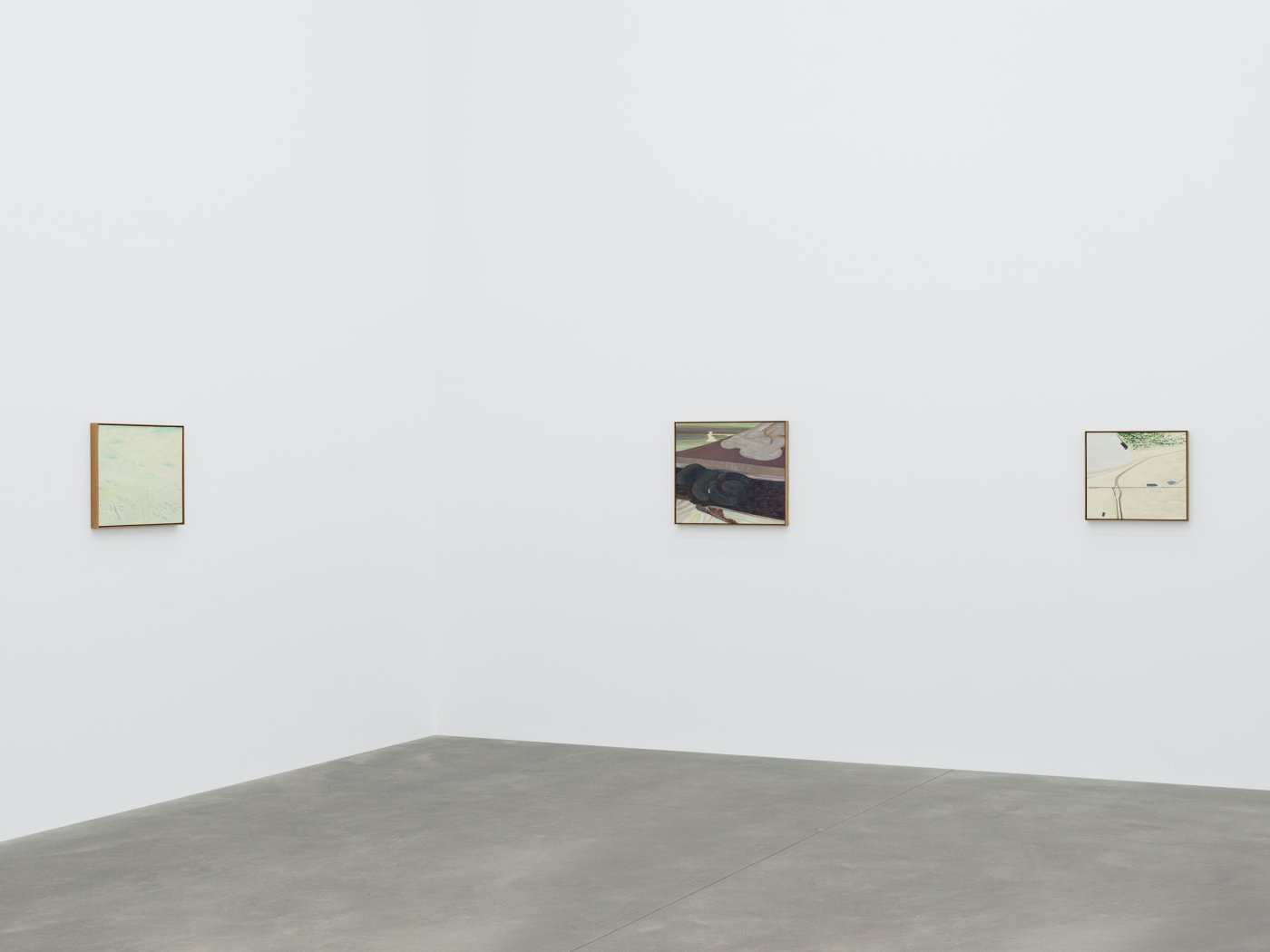 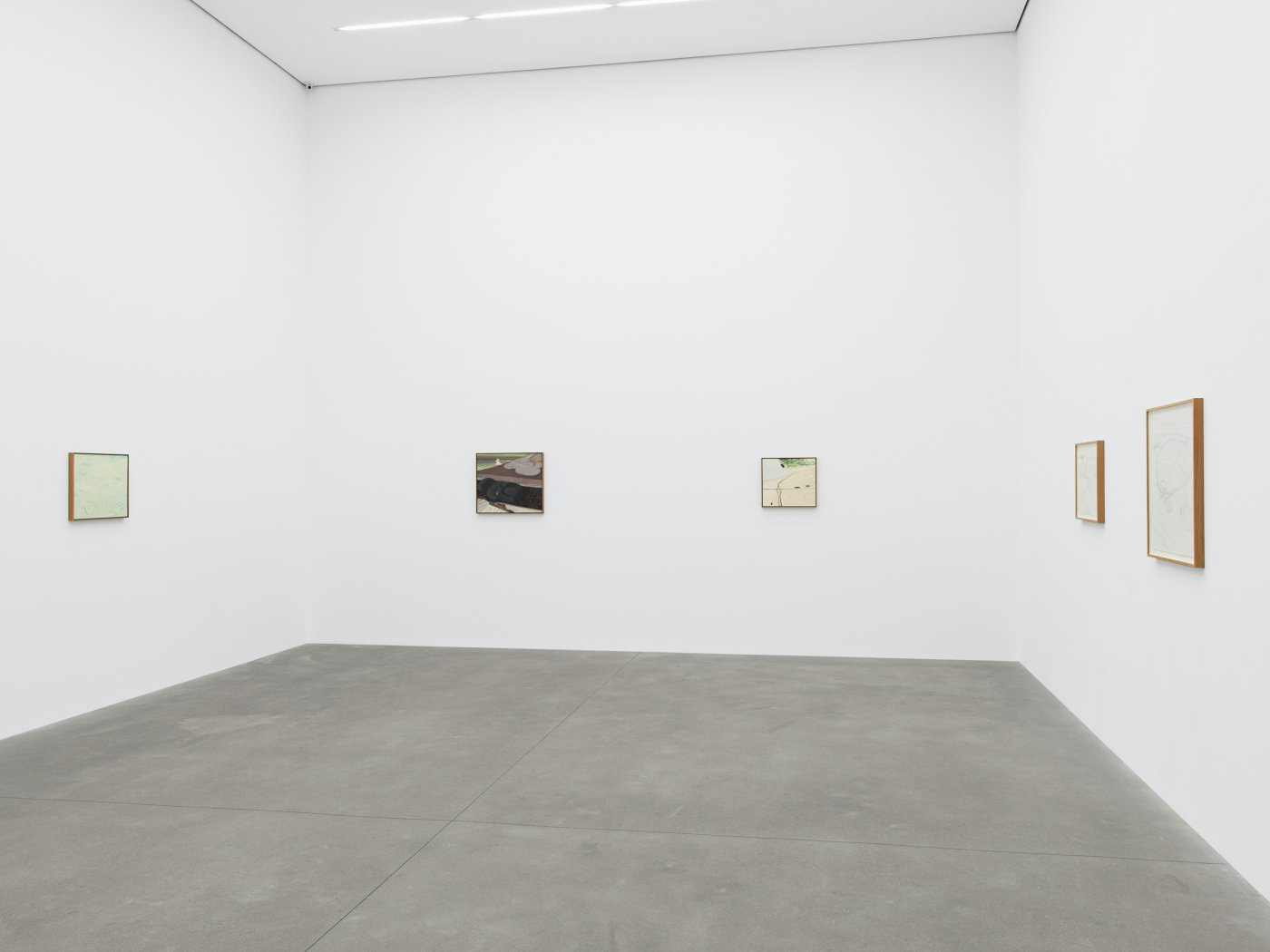 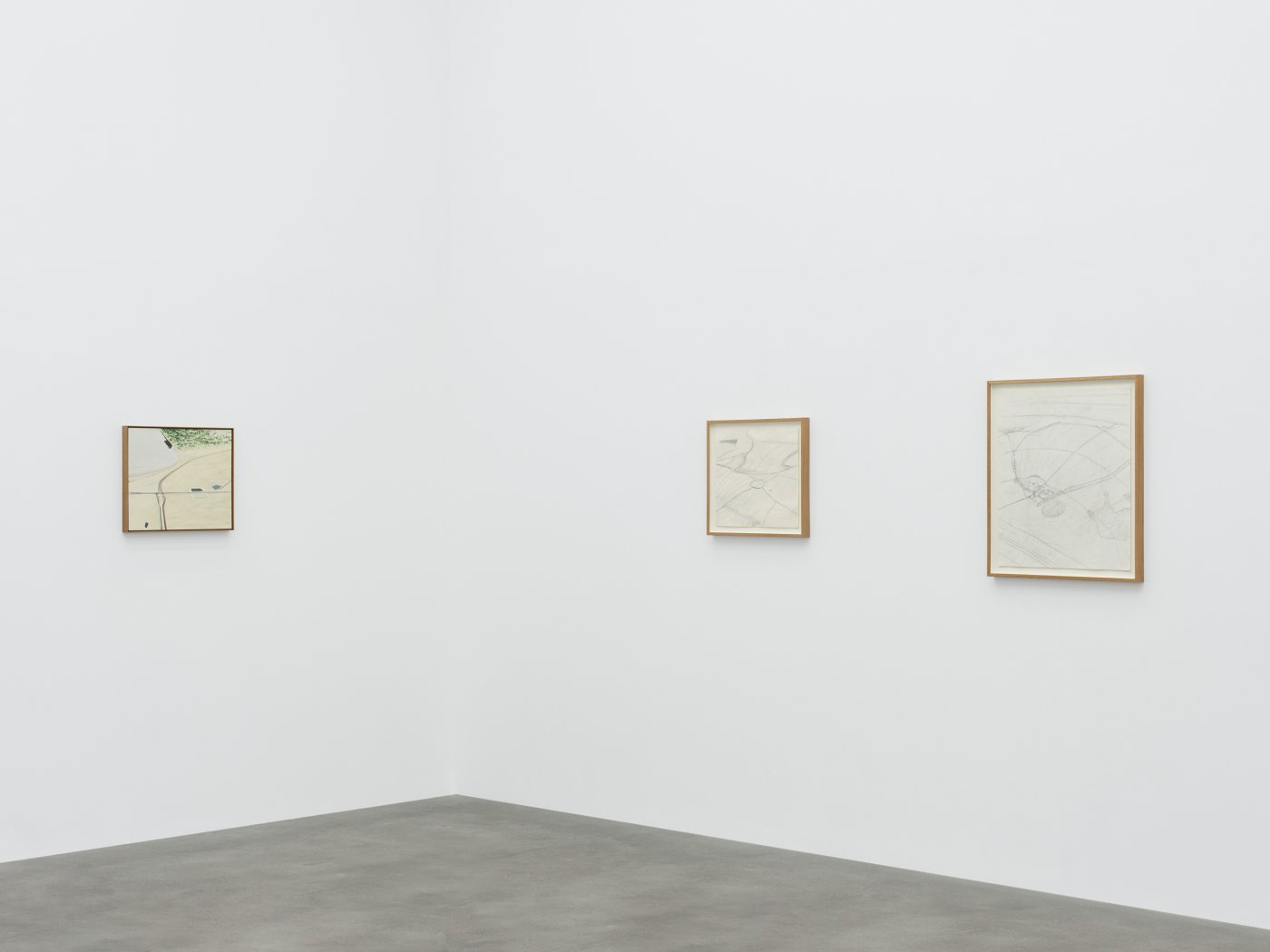 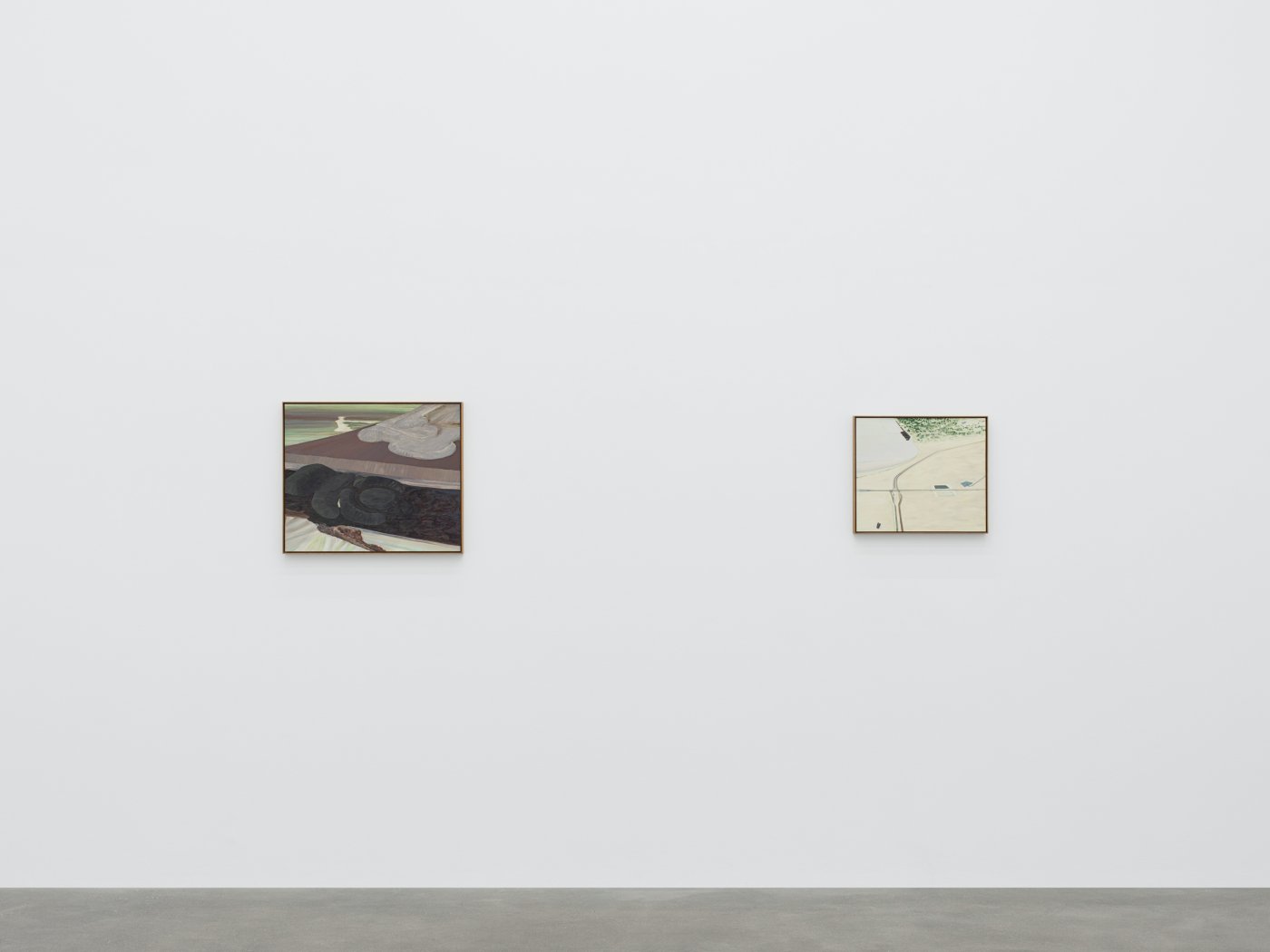 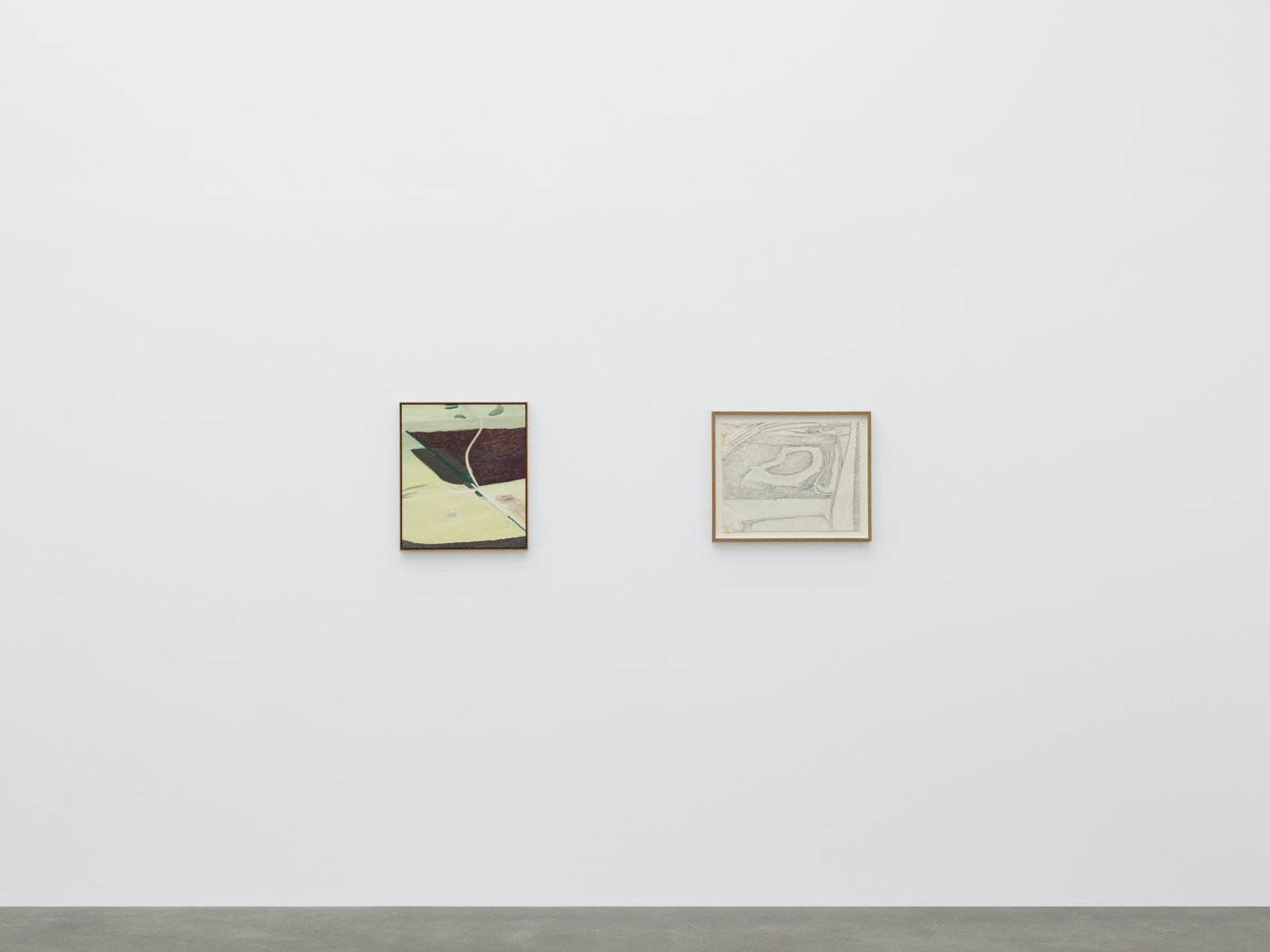 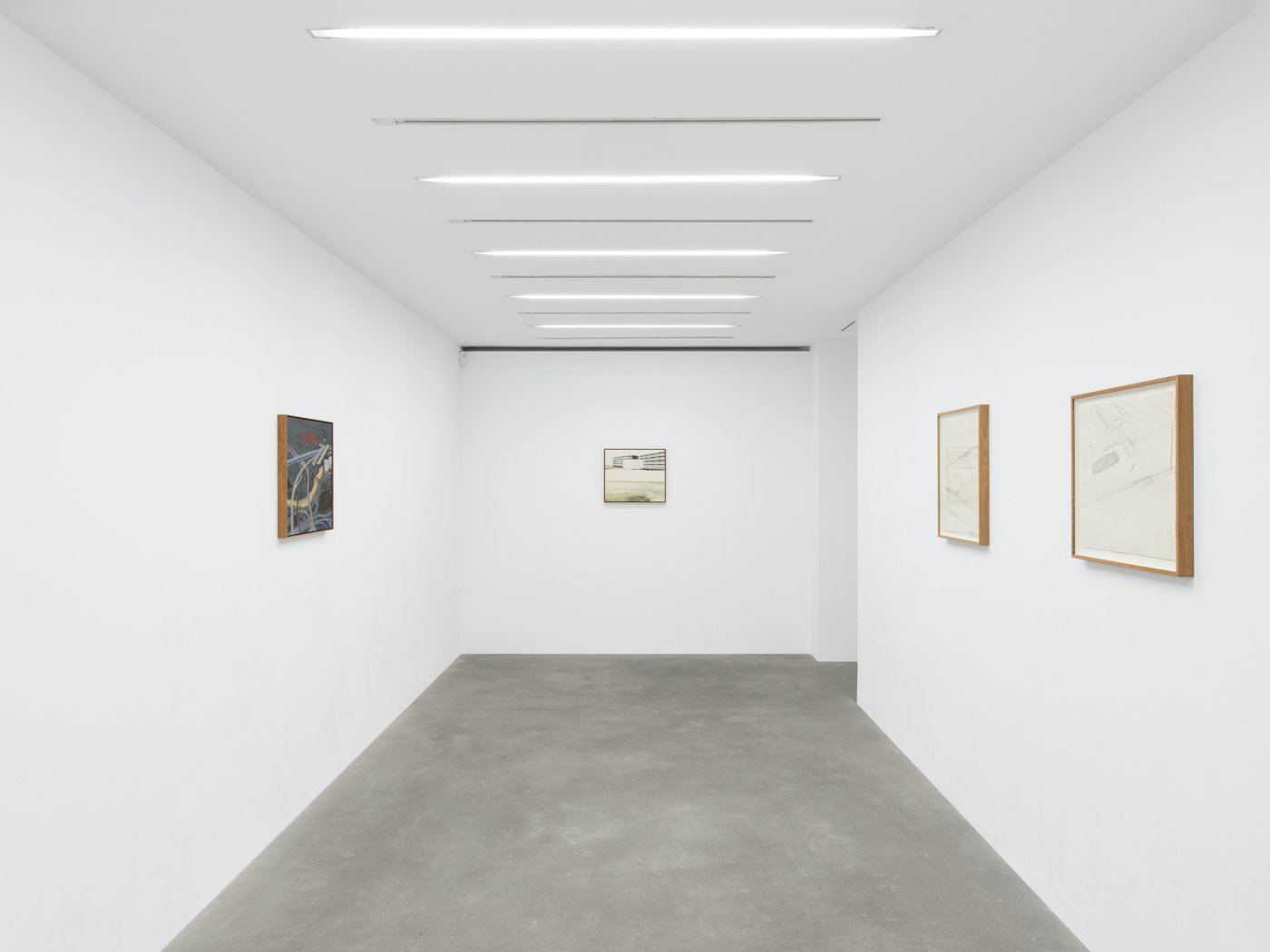 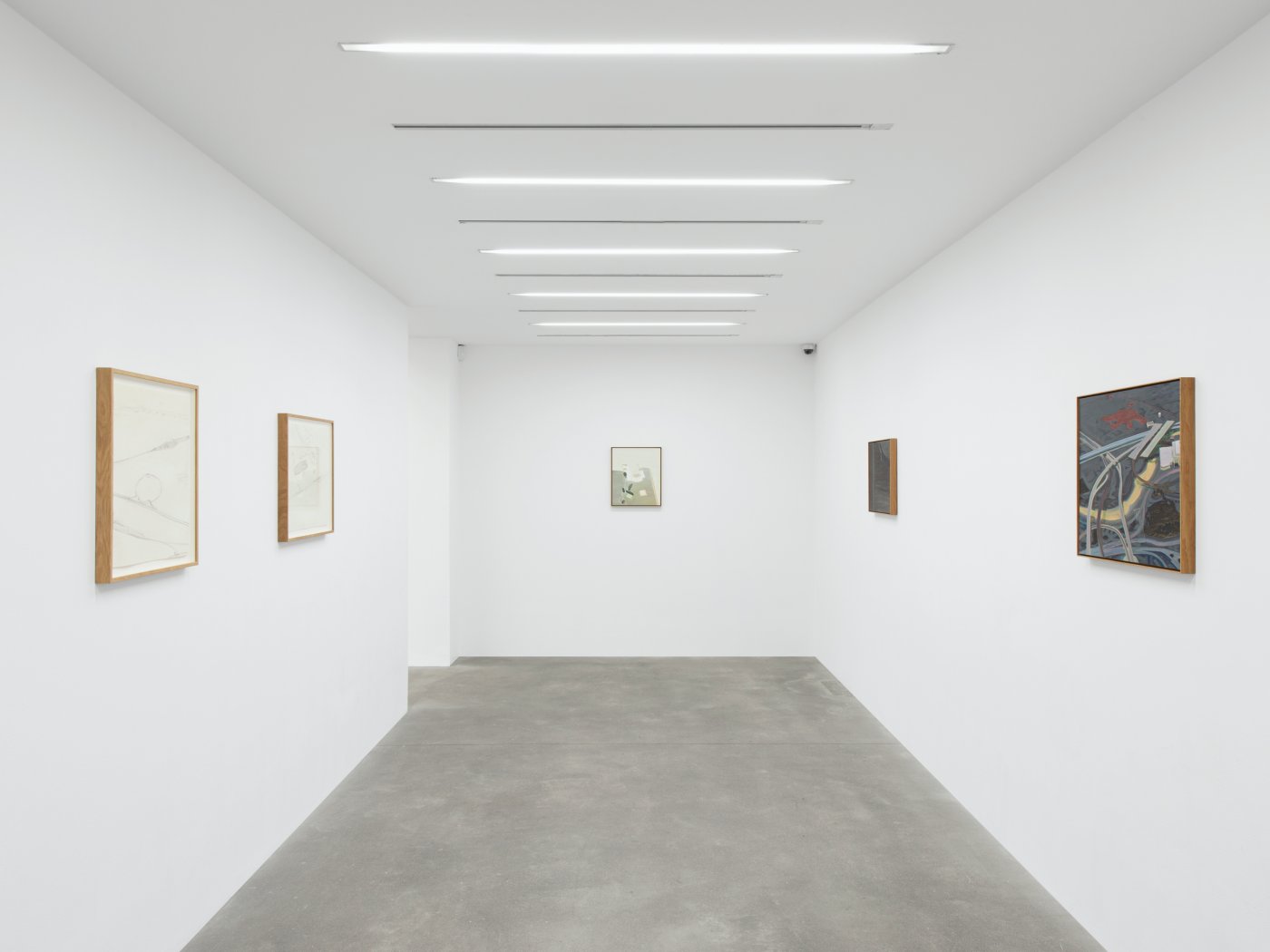 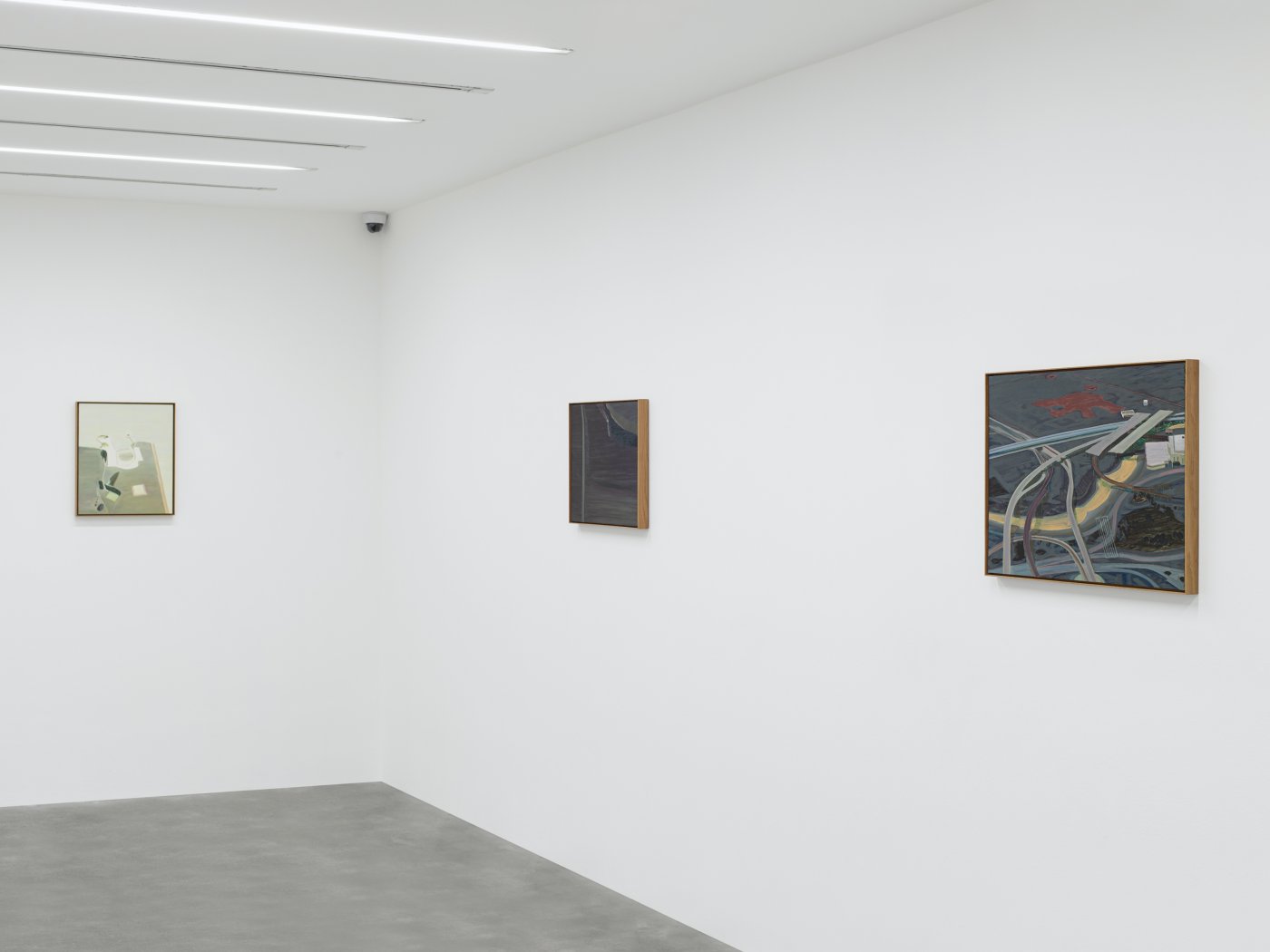 Throughout her career, Rhodes produced a highly individual body of paintings describing the encroachment of human activity and occupation upon ‘natural’ landscapes. Primarily adopting aerial viewpoints, Rhodes favoured what she called ‘hidden areas’ or ‘left-over land’: industrial estates, airports, motorways and reservoirs, unpeopled and existing at the margin of more defined (urban or rural) environments.

Writing on this element of Rhodes’s work, the critic Tom Lubbock cited environmental theorist Marion Shoard’s identification of ‘edgelands’: “Between urban and rural stands a kind of landscape quite different […] Yet for most of us, most of the time, this mysterious no man’s land passes unnoticed: in our imaginations, as opposed to our actual lives, it barely exists.” Rhodes similarly identified blind spots and occlusions in our consciousness. “Looking at things from above is detachment”, she once told curator Lynda Morris. “To have an opinion or view, you have to be outside society or your own particular group”.

Rendered in minute detail yet with painterly breadth, Rhodes’s paintings are fictional syntheses: composite landscapes drawn from disparate sources, including photographs taken by the artist herself or found in books on geography and geology, industrial archaeology and urban planning. Rhodes integrated these disjointed topographies through a complex, intuitive drawing and painting process. Her palette is subtle and particular, often using muted compound colours. (“I like it bland” she once said, though somewhat disingenuously.) Pictorial space can be compressed, even flattened, despite the vast distances described. Both foreground and horizon are mostly eliminated – Rhodes spoke of wanting an ‘egalitarian’ composition.

Despite (or due to) these compositional factors, an unease remains in these paintings – indeed, it intensifies. In works such as River, Roads (2013) or Forest and Road (1998), assumed infrastructural logic slowly reveals itself to be improbable and inconsistent.

In this way, Rhodes’s pseudo-realistic scenes appear familiar yet unknown, mundane yet mysterious. And while the paintings can certainly be discussed in environmental, sociological or political terms, it is their restlessness and psychological charge that perhaps remains most resonant. Rhodes was known to speak of her landscapes as self-portraits.

Alongside her paintings, the exhibition will include a number of drawings. These are both rigorously pragmatic preparatory studies (‘cartoons’ in the technical sense of the word) and pictorial statements in their own right. Rhodes first began exhibiting these drawings in 2006; as standalone works, they further evince her profoundly personal aesthetics and her truly unique investigation into the depiction of physical and psychological space.

Carol Rhodes was born in Edinburgh, Scotland, in 1959; she died in Glasgow, Scotland, in 2018. During her lifetime, solo museum exhibitions of Rhodes’s work were presented at venues including The MAC, Belfast (2017); Scottish National Gallery of Modern Art, Edinburgh (2007-08); and Tramway, Glasgow (2000). ‘See the World’, the first posthumous institutional exhibition of Rhodes’s work, is scheduled to take place in 2021 at Kelvingrove Art Gallery and Museum, Glasgow, as part of Glasgow International Festival.