America made me see that there are no barriers and no regulations.
—Anthony Caro

Gagosian presents Caro and North American Painters, an exhibition of sculptures by Anthony Caro from the 1960s and 1970s shown together with contemporaneous paintings by his friends and peers. 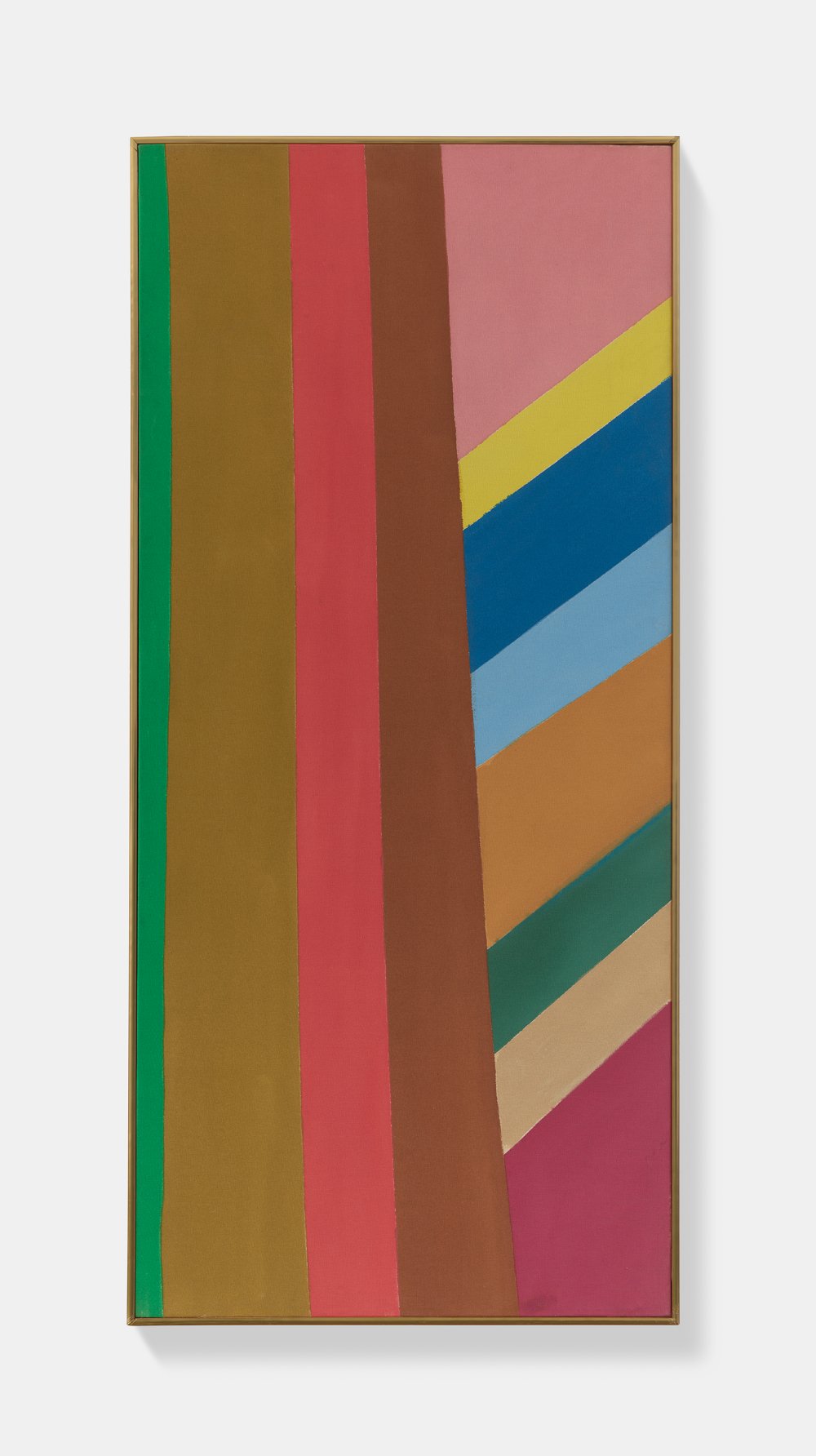 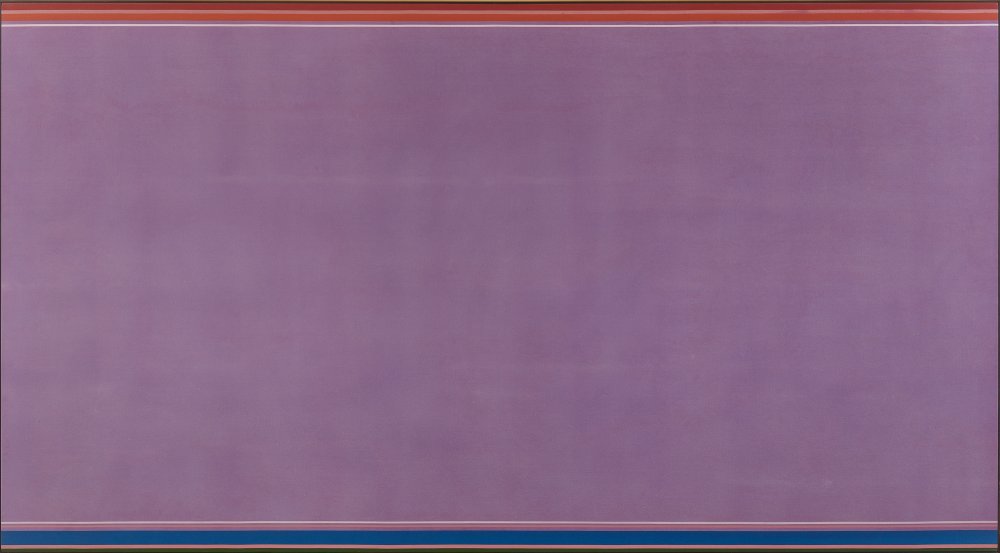 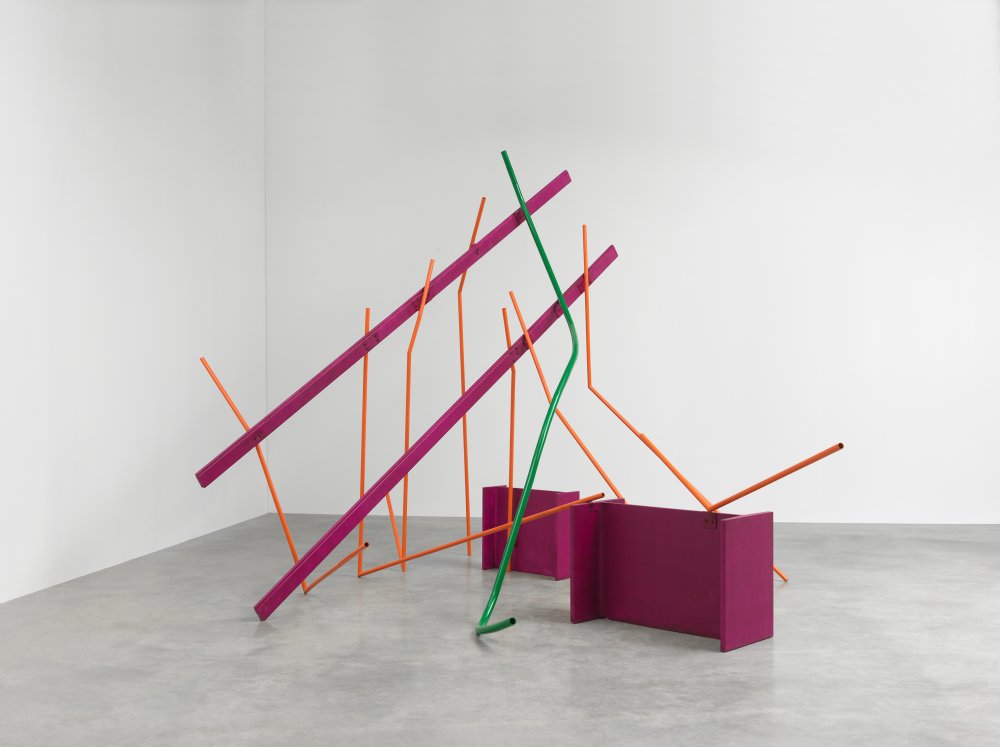 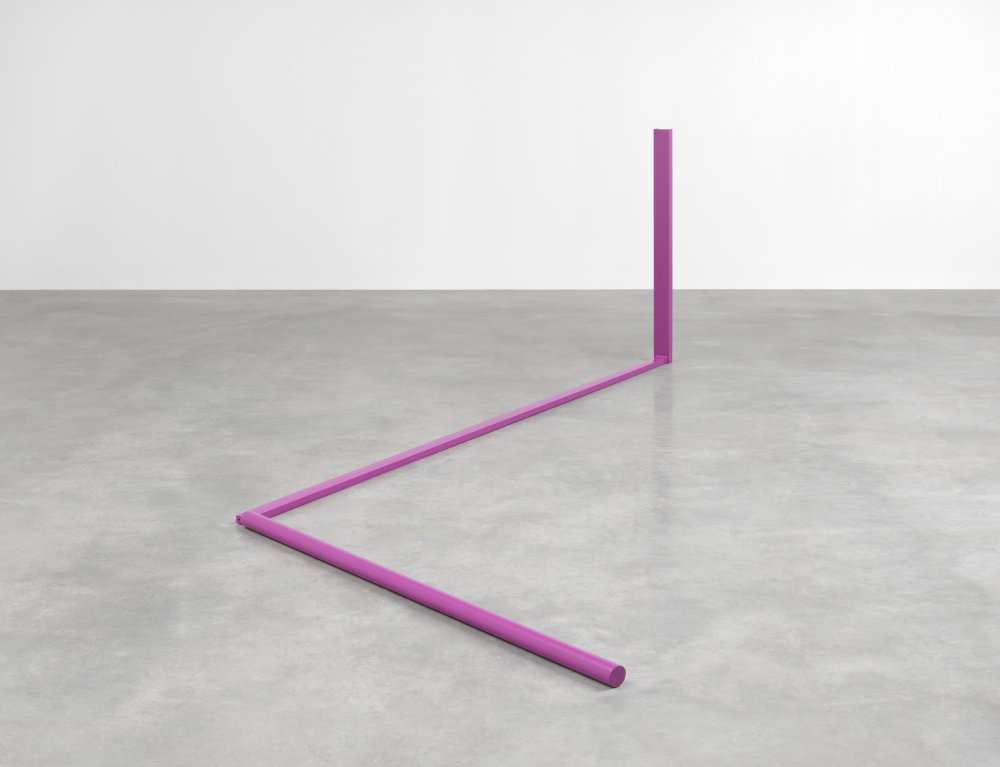 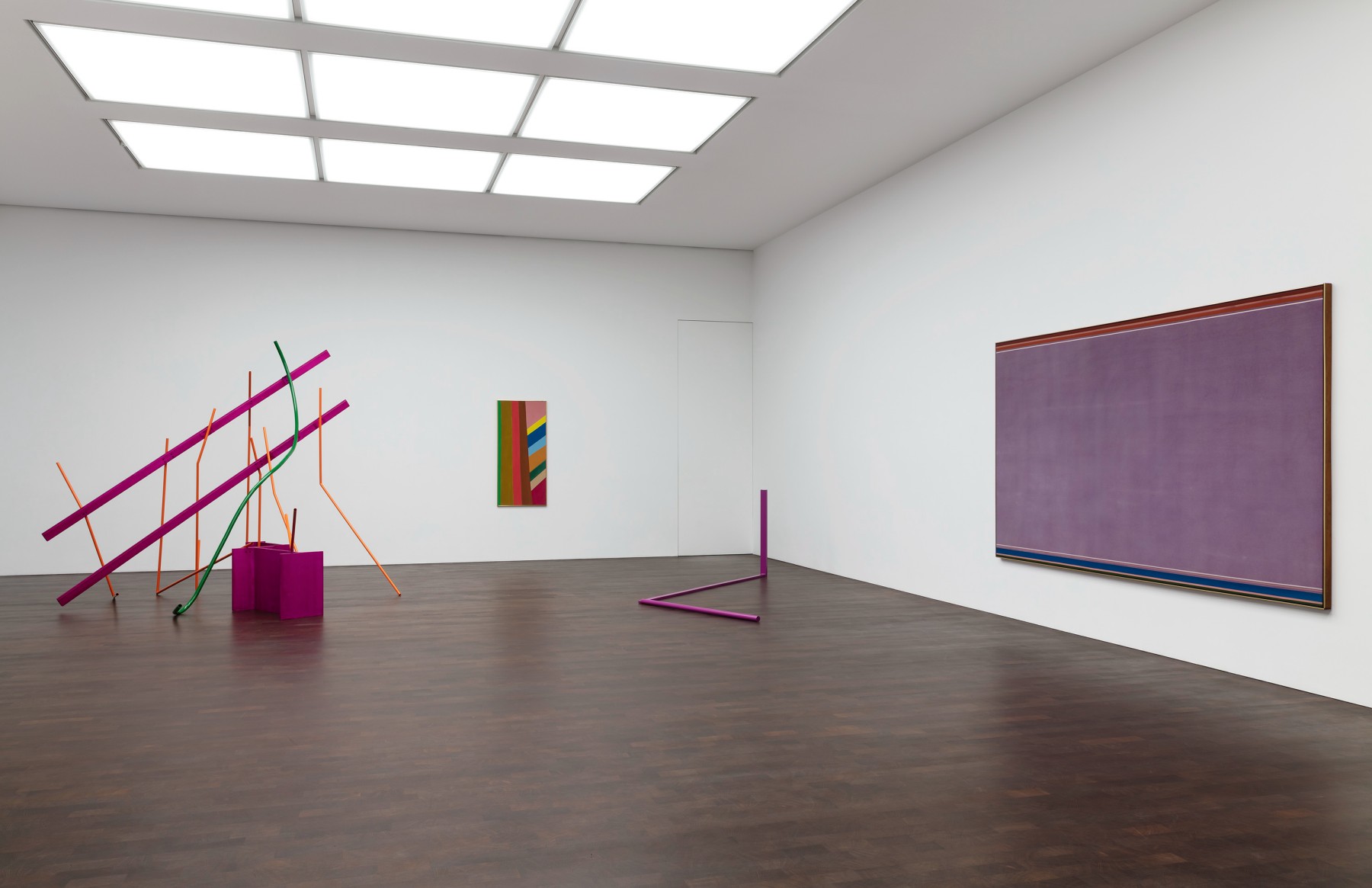 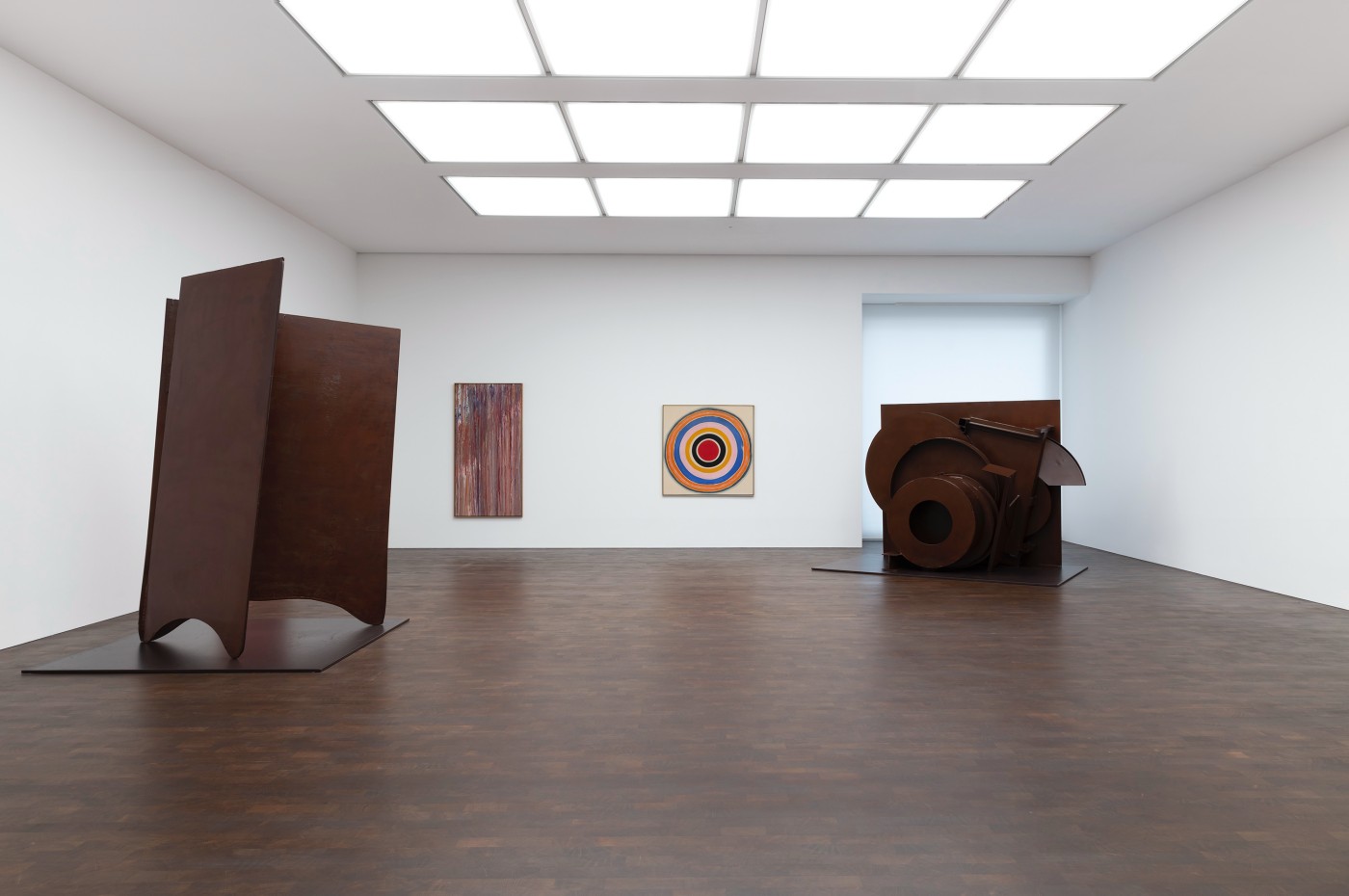 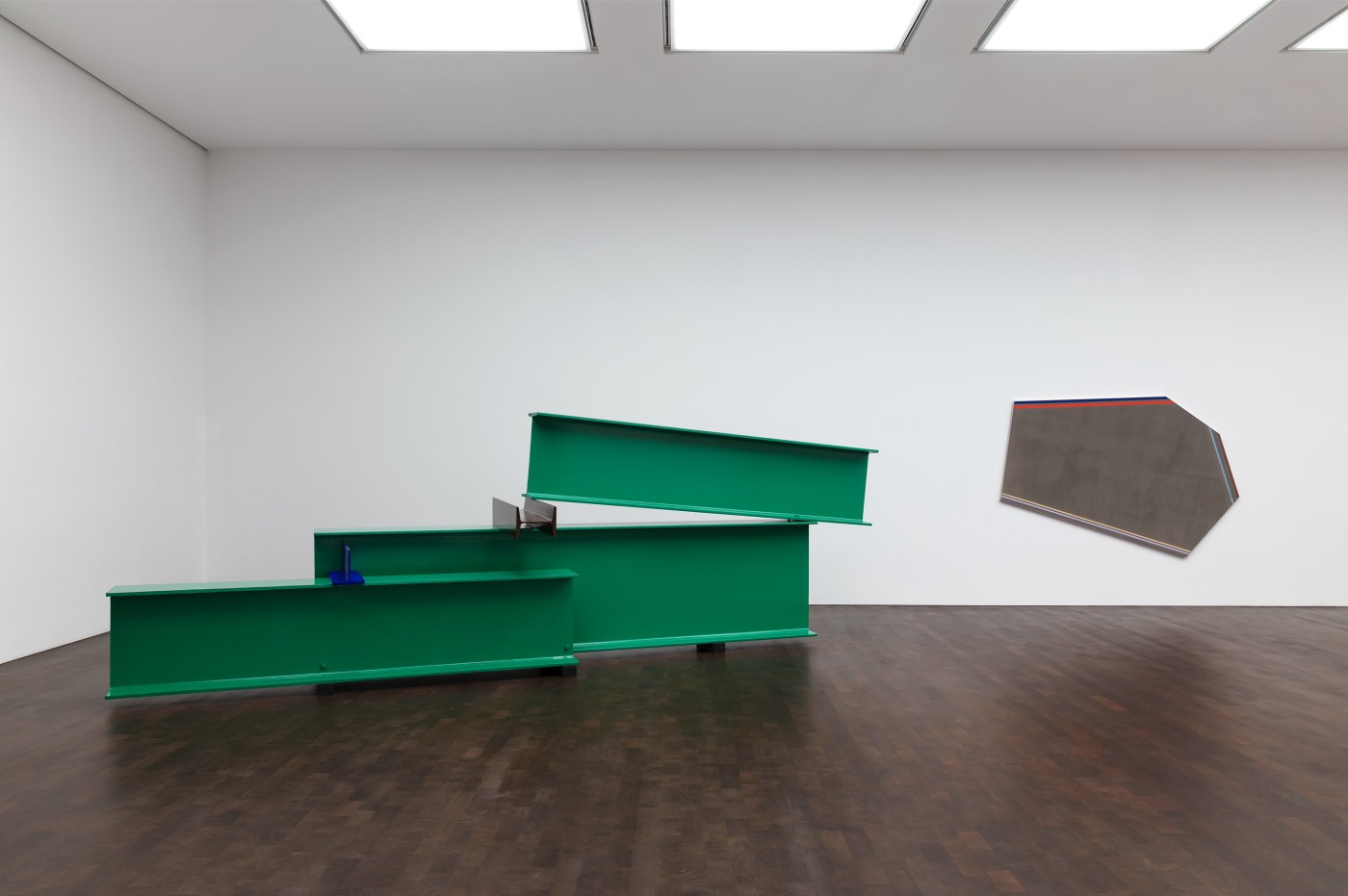 Caro was among the most influential British sculptors of his generation and his career had a transatlantic reach. During a trip to the United States in 1959, he observed the emerging American art firsthand, encountering the work of David Smith and befriending Frankenthaler, Noland, and critic Clement Greenberg. Upon his return to London, he initiated a radical new approach to his practice by welding and bolting together steel beams, plates, tubes, and other elements. In the 1960s he painted these constructions in bold, flat colors, developing a range of other finishes over the course of the subsequent decade. As one of the first artists to discard the traditional sculptural pedestal, Caro made works that occupy the same space as the viewer, and by grounding them with horizontal elements combined with linear and planar structures, he effectively activated their surroundings.

Caro’s innovations in composition, geometry, and the use of color and space had echoes in the work of the painters he admired. Loosely grouped under the banner of Color Field painting or Post-painterly Abstraction, these artists’ work was acknowledged by Greenberg for its “lucidity” of color and “physical clarity and openness.” Approaching the support as a flat, unbroken plane, Bush, Frankenthaler, Noland, and Poons applied dilute oil and acrylic paint to raw canvas, generating compositions with highly saturated colors. Olitski experimented further through use of a spray gun, producing paintings marked by fields of brilliant hues. In Noland’s case, this investigation of color and form led to his development of shaped canvases. Such inventions have particular resonance when considered alongside Caro’s use of industrial materials.

In addition to his influential tenure at London’s Saint Martin’s School of Art, Caro returned to the United States from 1963 through 1965, having accepted a teaching post at Bennington College, Vermont. There, he met frequently with Olitski, who was on the faculty, and with Noland, who lived nearby. Frankenthaler also had close ties to Bennington, having graduated from the college in 1949. Caro would maintain close friendships with vanguard American painters of his generation throughout his career, exchanging ideas and exploring new aesthetic possibilities. According to Paul Moorhouse, curator of the exhibition and chief executive of the Anthony Caro Centre, “During the early 1960s, Caro pioneered the creation of abstract sculpture, but he was not alone. His conversations with Noland, Olitski, and other painters had a two-way significance, encouraging all these artists to explore new, radical approaches. This exhibition reveals the ways that—together—they transformed the language of art.”

A catalogue featuring an essay by Moorhouse and drawing on archival materials, including correspondence between Caro and his fellow artists, will be published to accompany the exhibition.

The Summer 2021 issue of Gagosian Quarterly features “Helen Frankenthaler: A Painter’s Sculptures”—an account of Frankenthaler’s first body of sculpture, made in Caro’s studio in the summer of 1972, with texts by both artists.