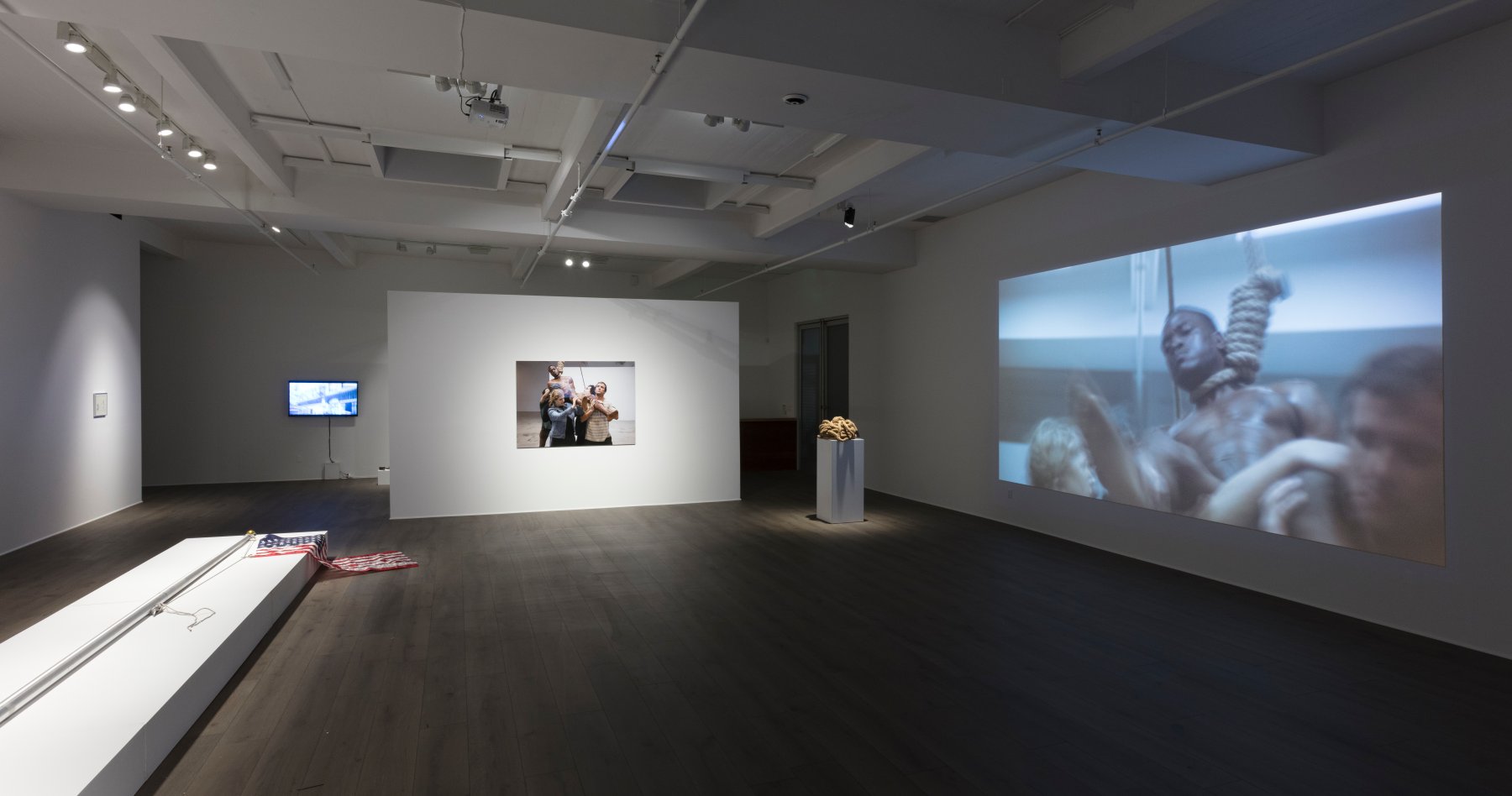 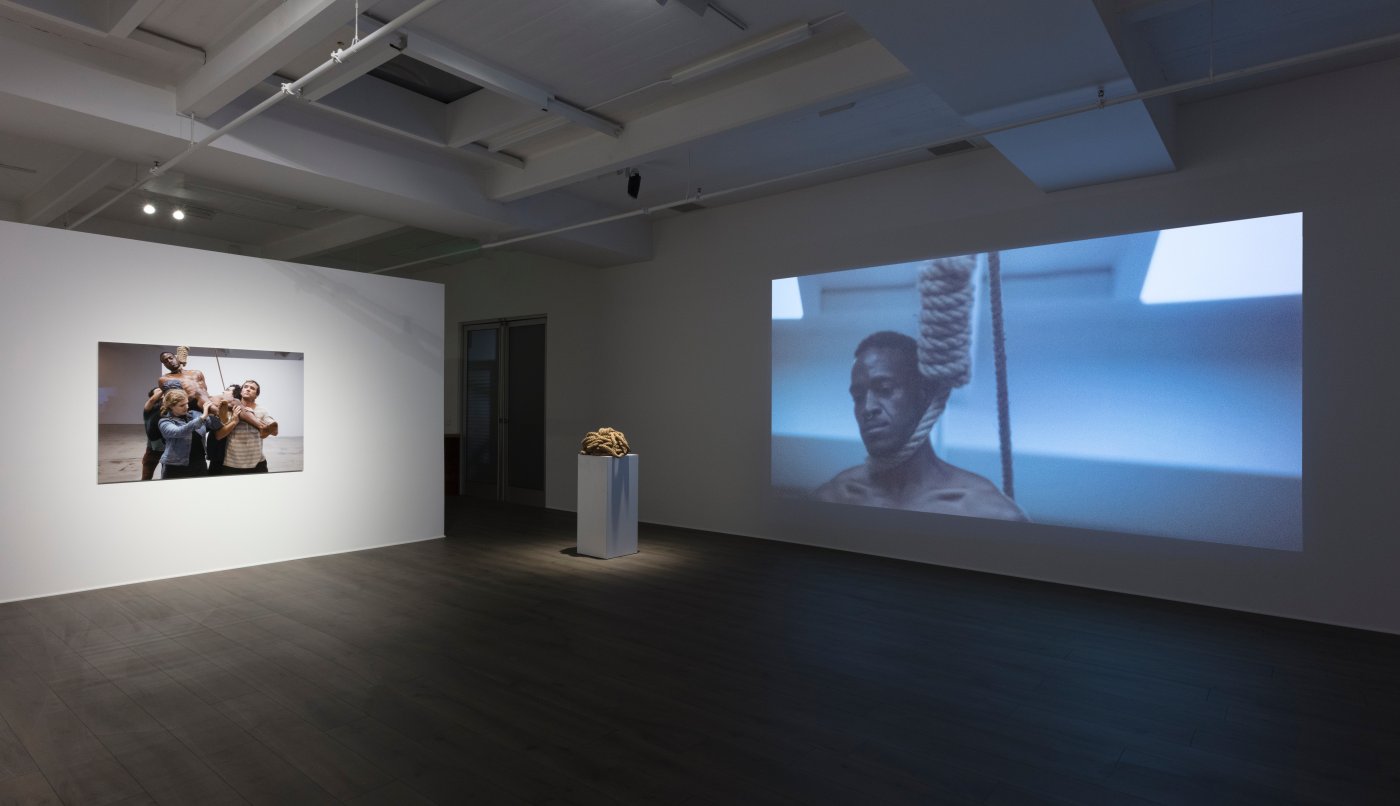 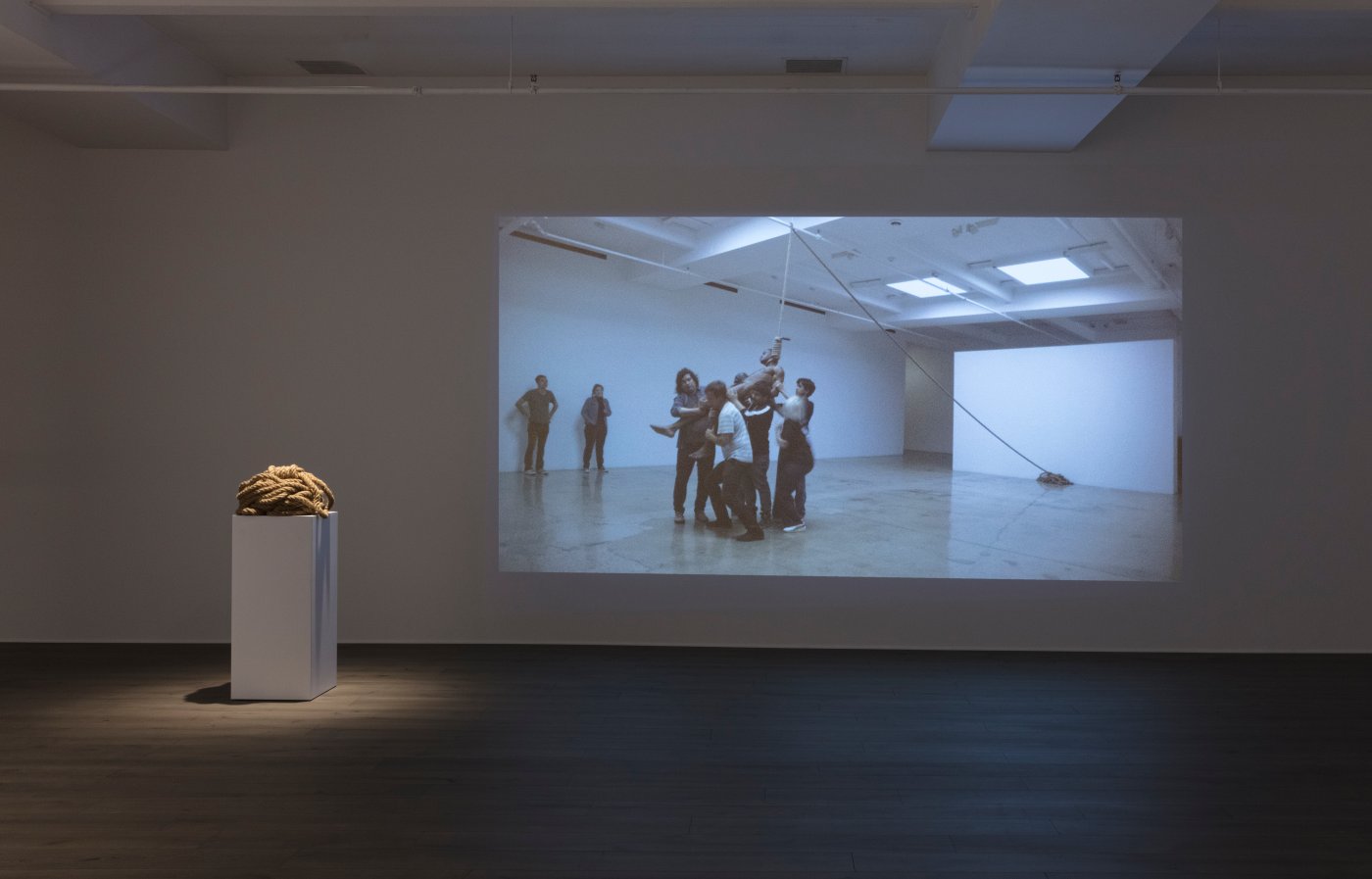 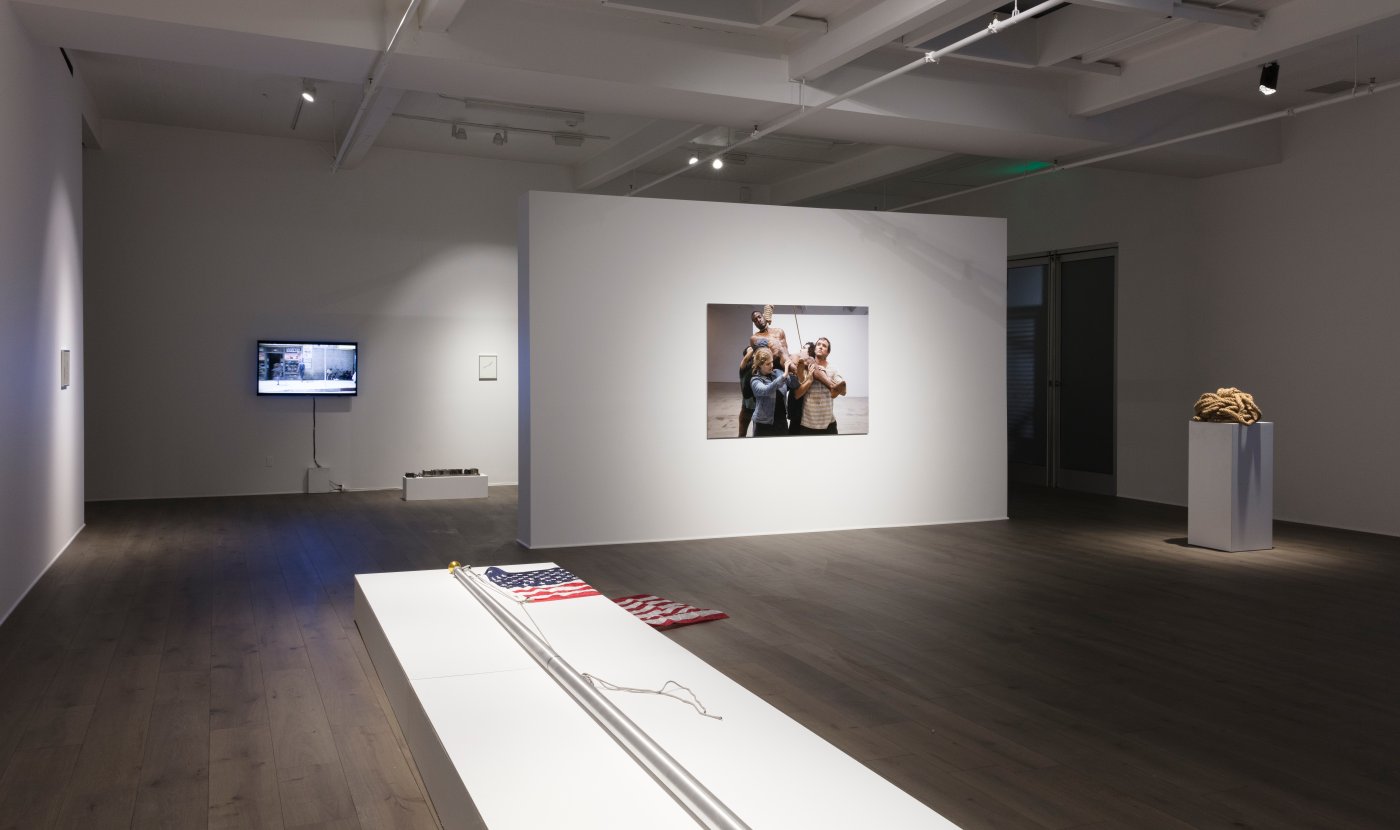 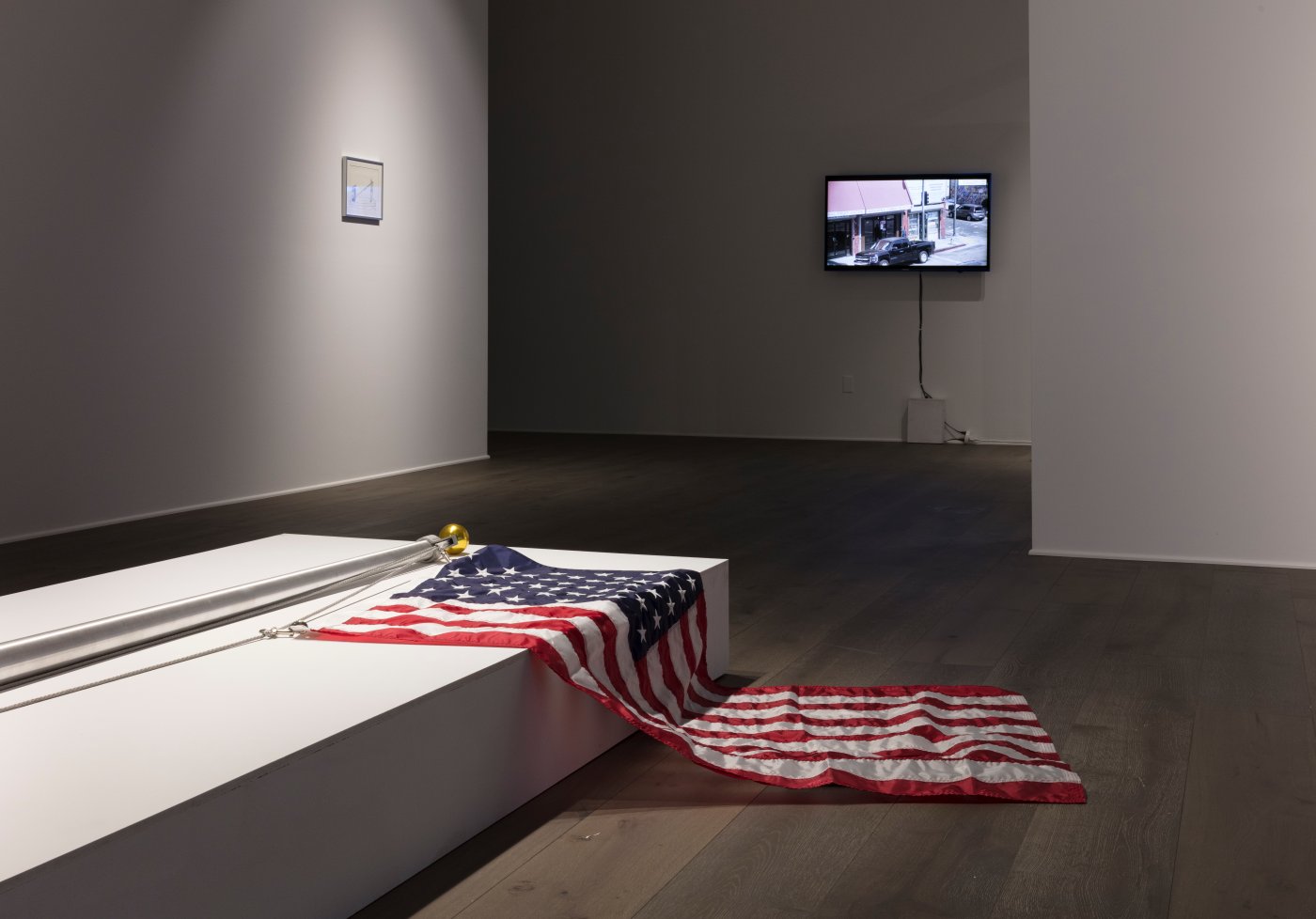 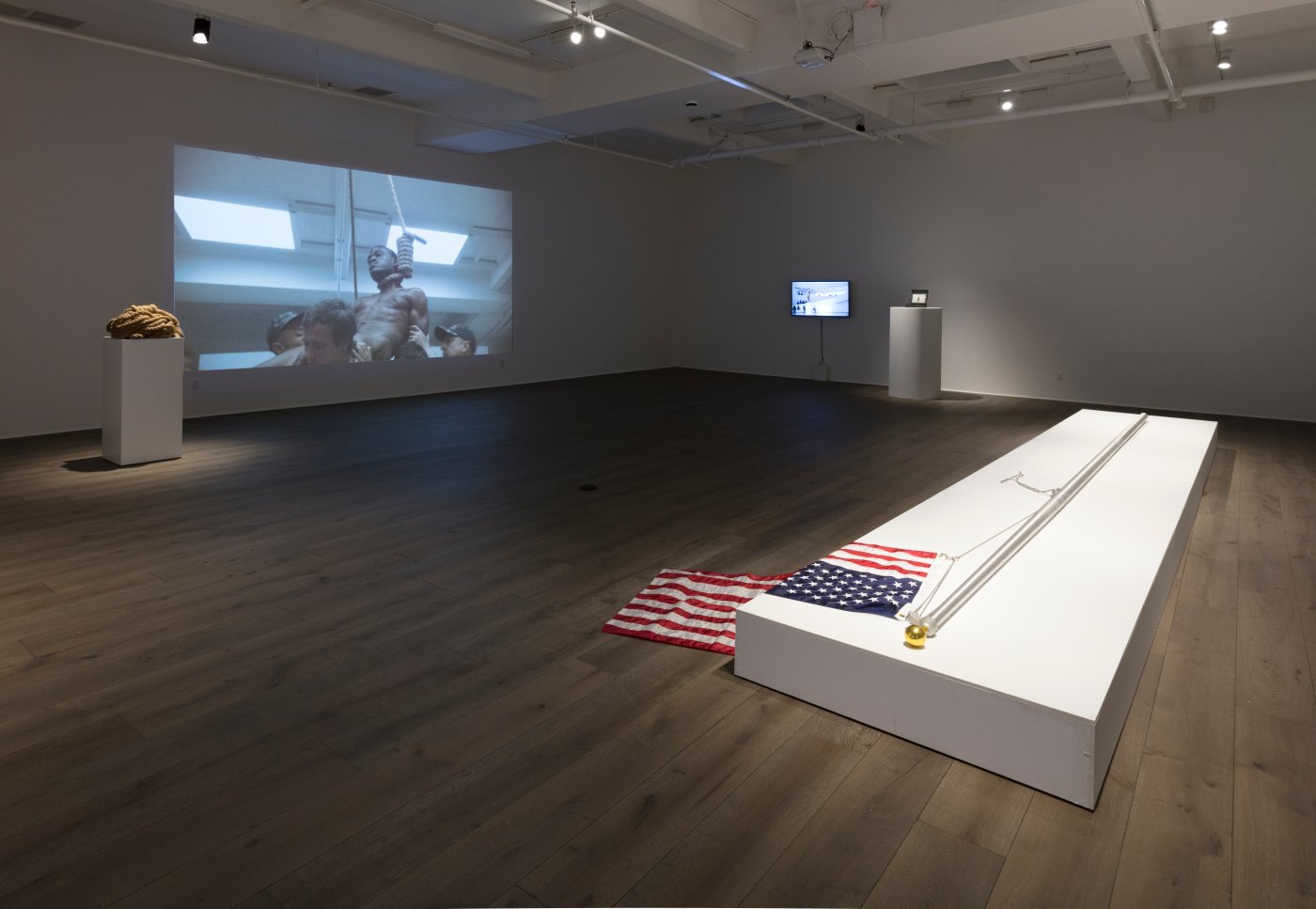 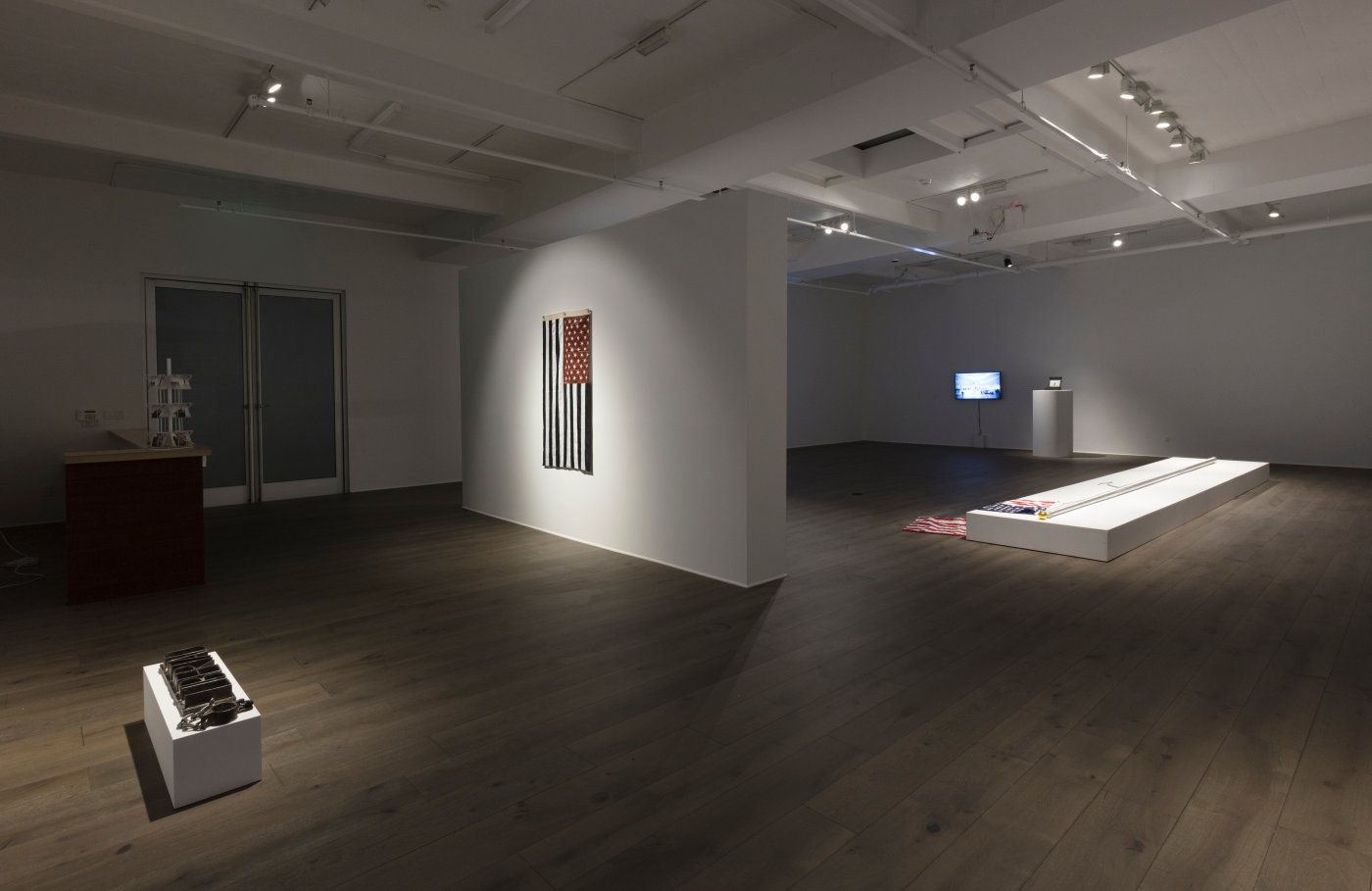 For the first time, Martiel has created performance works expressly for the video format, something that he intends to pursue more in the future. While each work is visually distinct from the others, all bear Martiel’s unmistakable vocabulary in which his bodily presence, that of a queer Afro-Latino man, is highlighted within a context of cultural violence. As suggested by the exhibition’s title, each work conveys conflicting interactions with weight. In some, a heavy object is carried or dragged by Martiel; in one, Martiel’s body is the weight that requires the support of others, and in another, a once light American flag is weighed down by the density of dry blood. According to Martiel, “weight is more than mere gravity holding our bodies down; it is the incontrovertible force that binds, traverses and crushes our flesh into submission, alienation or dependency. It exists in our public monuments, in corpses hanging from trees, in shackles and in banners. It exists in our history and it is present in 2022.”

During the exhibition’s opening on October 1, 2022, Martiel will perform his durational piece Time for the first time. The performance will be recorded and presented as a video during the run of the exhibition.