I let my hand flow freely. Thus the ensemble appears denser or more sparse at times, but I do not seek these diversifications which come spontaneously and are possible in spite of myself. For the moment, I call these signs “The alphabet of the mind” because I believe that they are the codes of a personal language.
– Dadamaino

Accardi’s painting is rather a painting of unrestrained signs, a painting in search of the extreme tension between the rational and the irrational, between positive and negative. Her labyrinths deploy a sensual magnetism, cultivating a ferment that tends towards an agglomeration of materials and colors – limitless, structural and environmental.
– Germano Celant

Tornabuoni Art gallery presents its new exhibition Carla Accardi and Dadamaino: Between sign and transparency. Two Italian artists at the frontiers of abstraction, featuring works by Carla Accardi (1924- 2014) and Dadamaino (1930-2004). 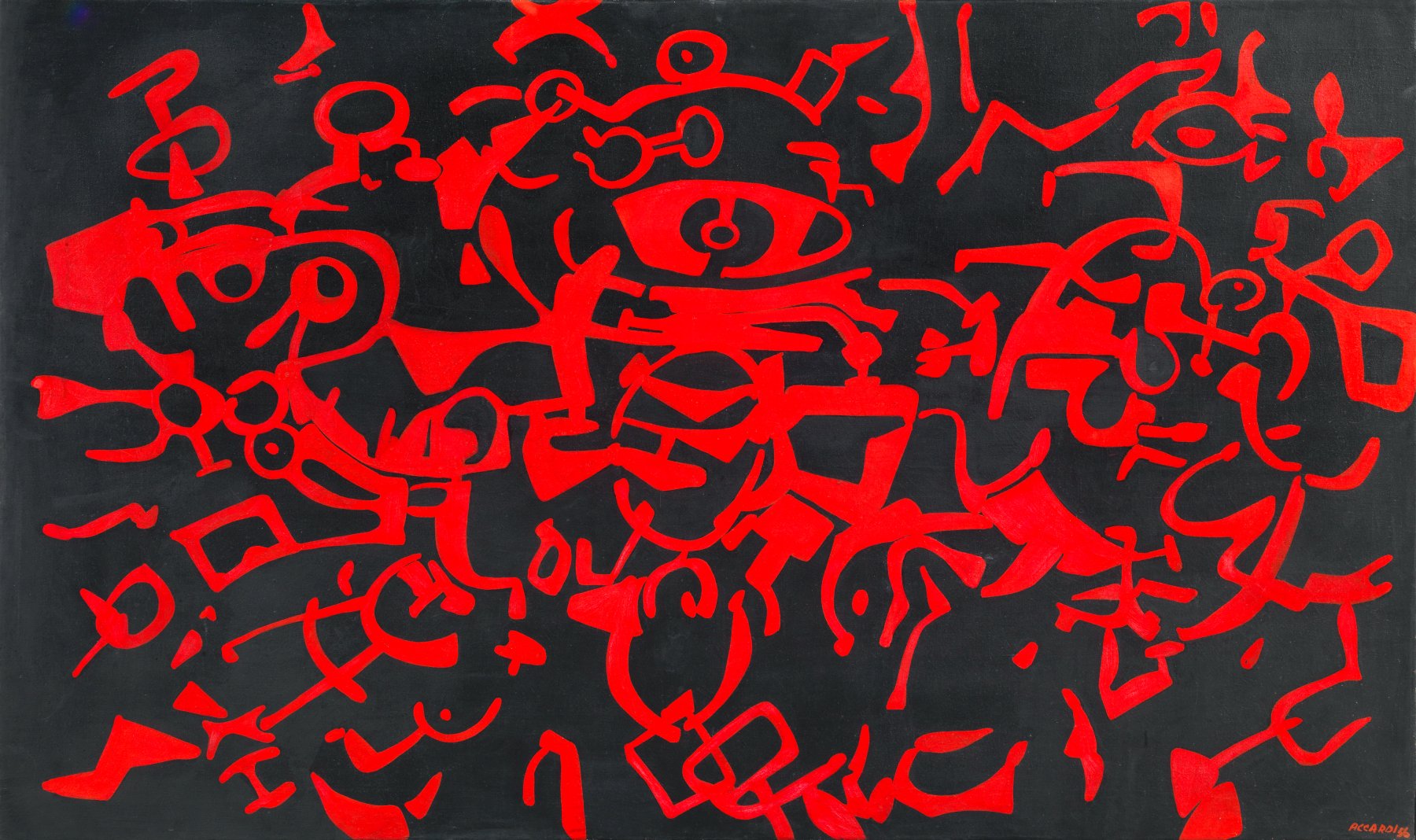 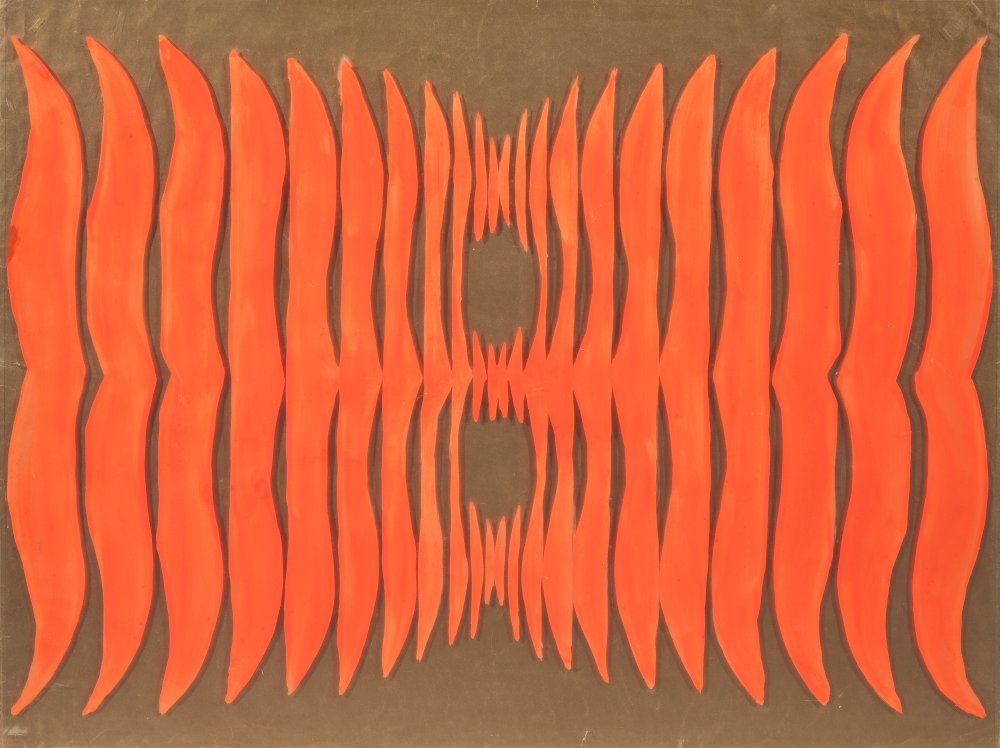 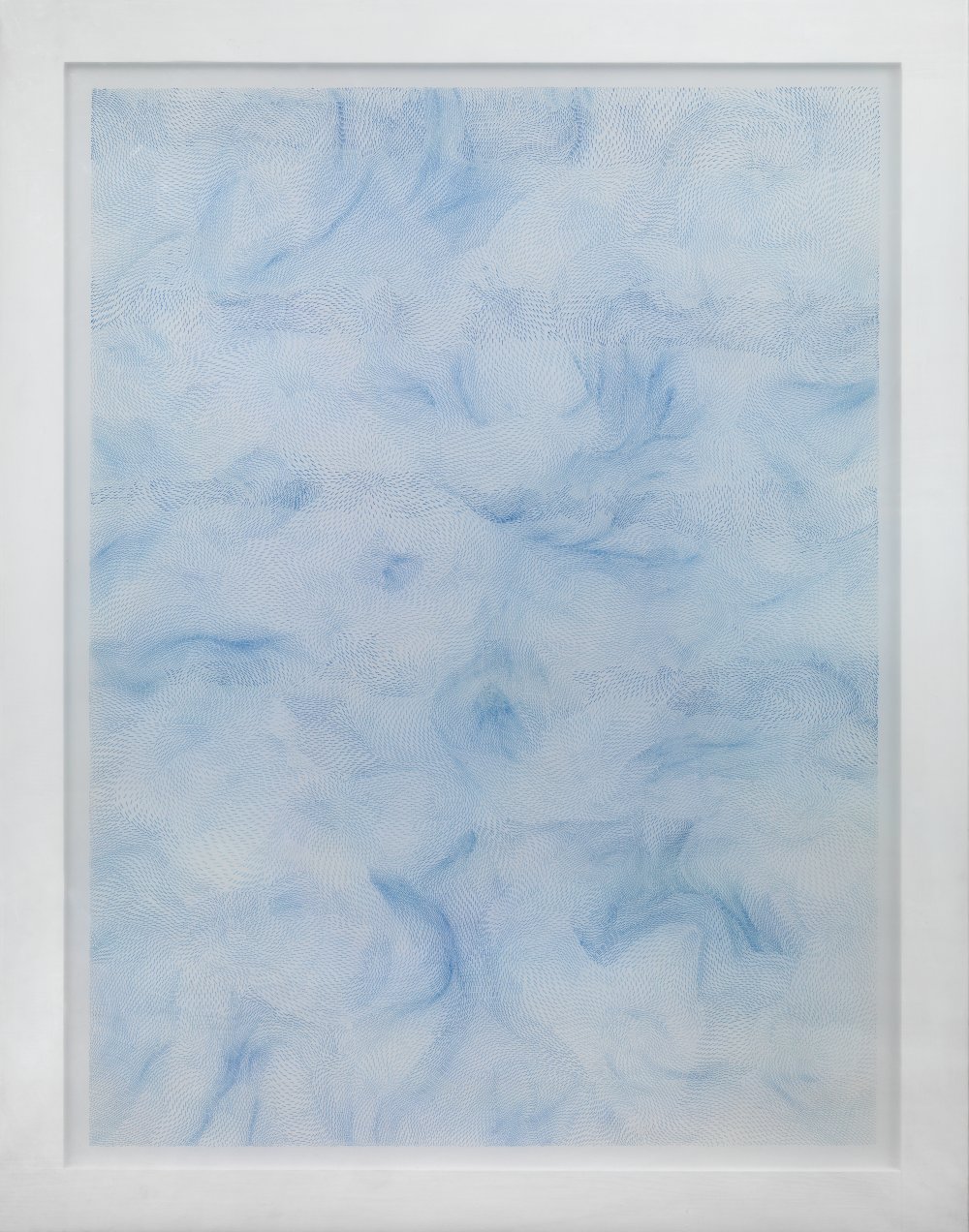 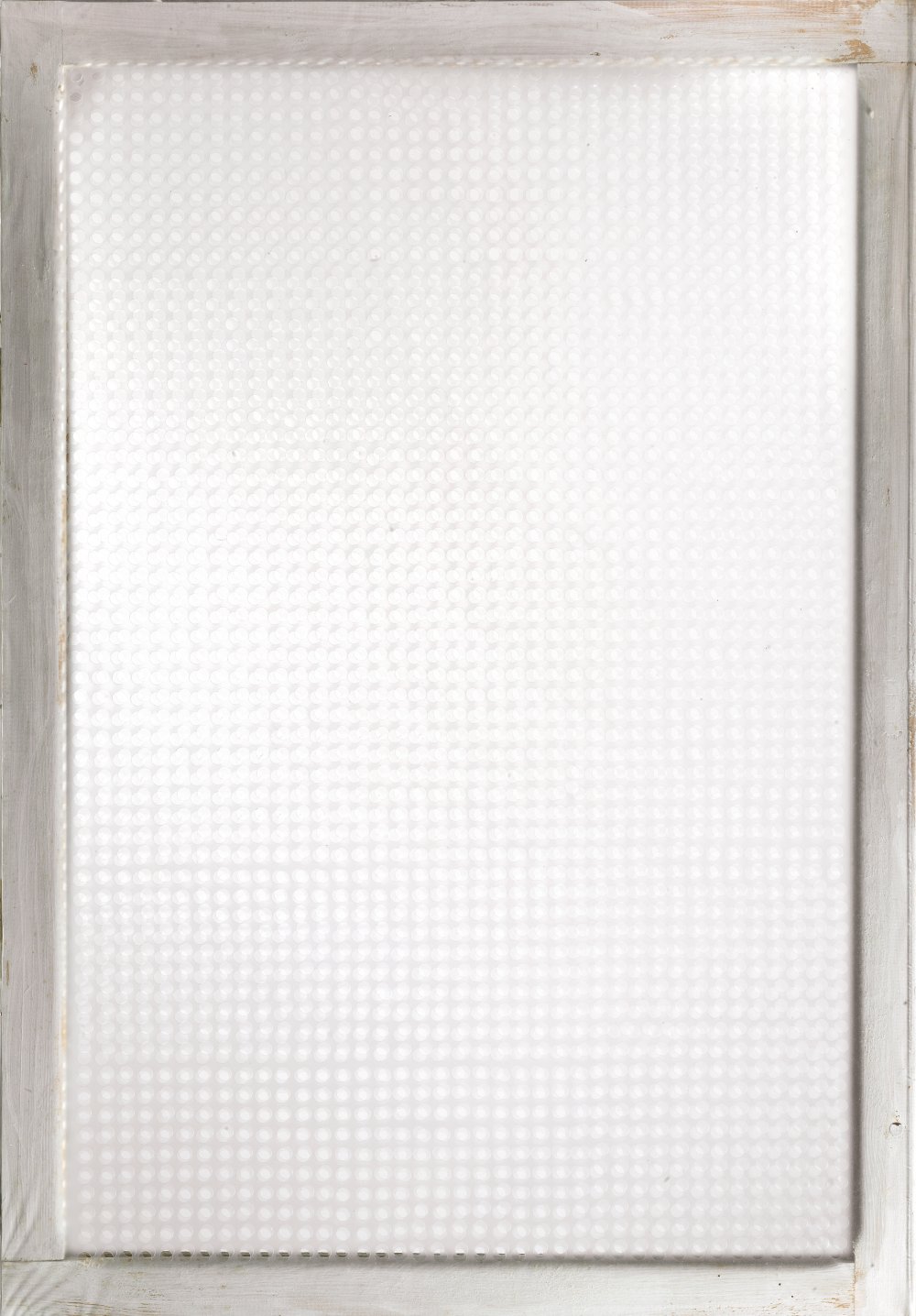 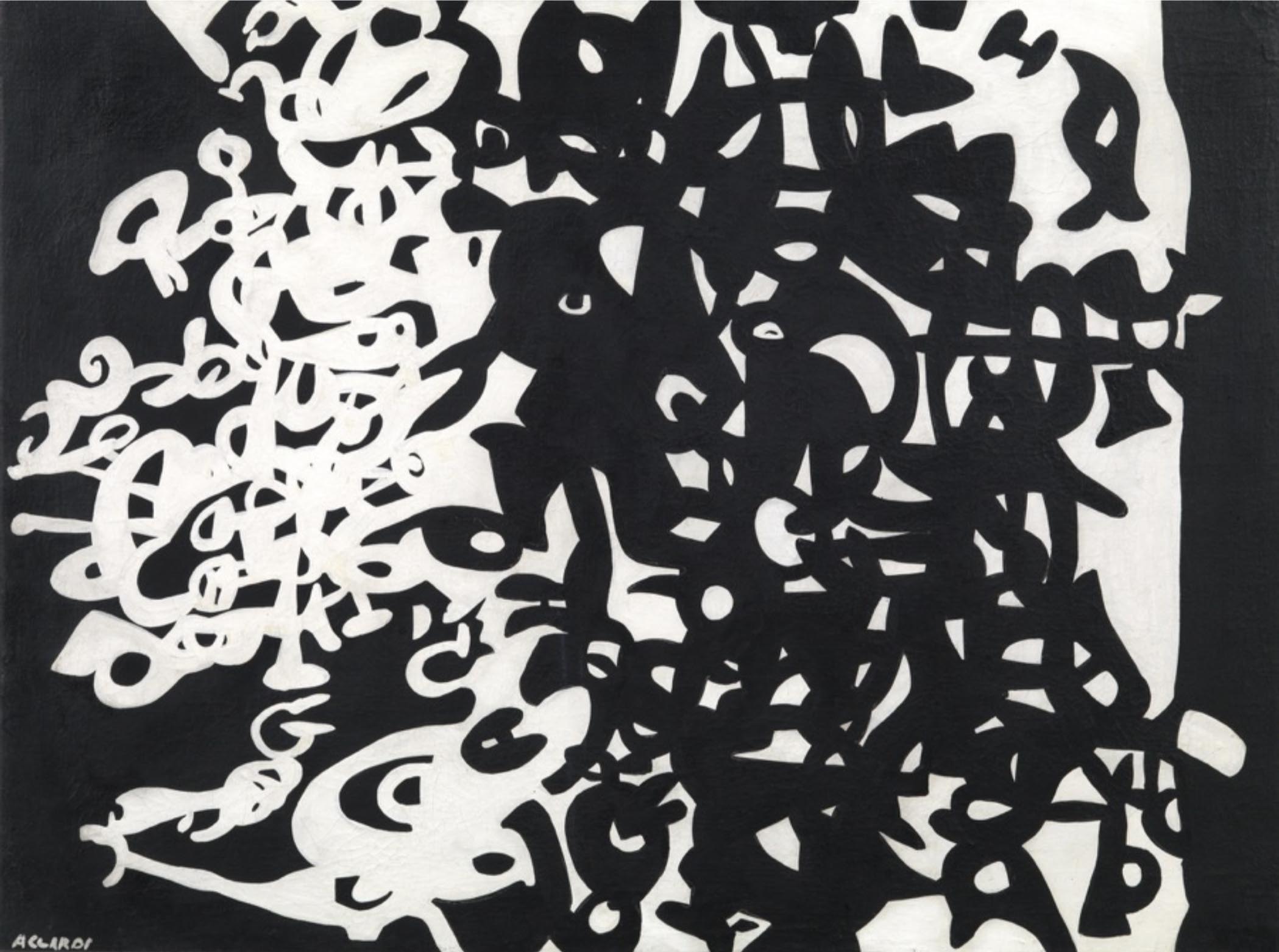 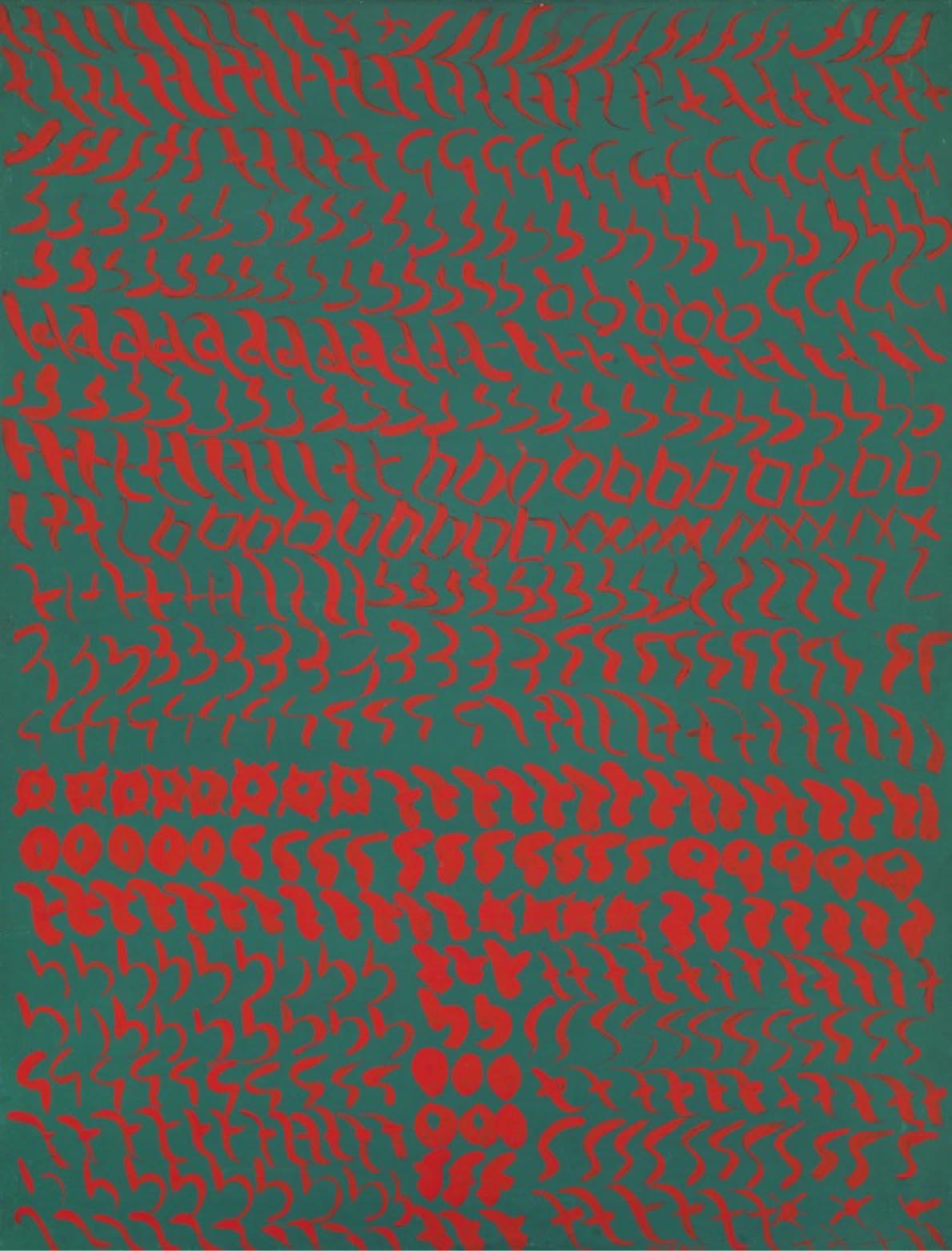 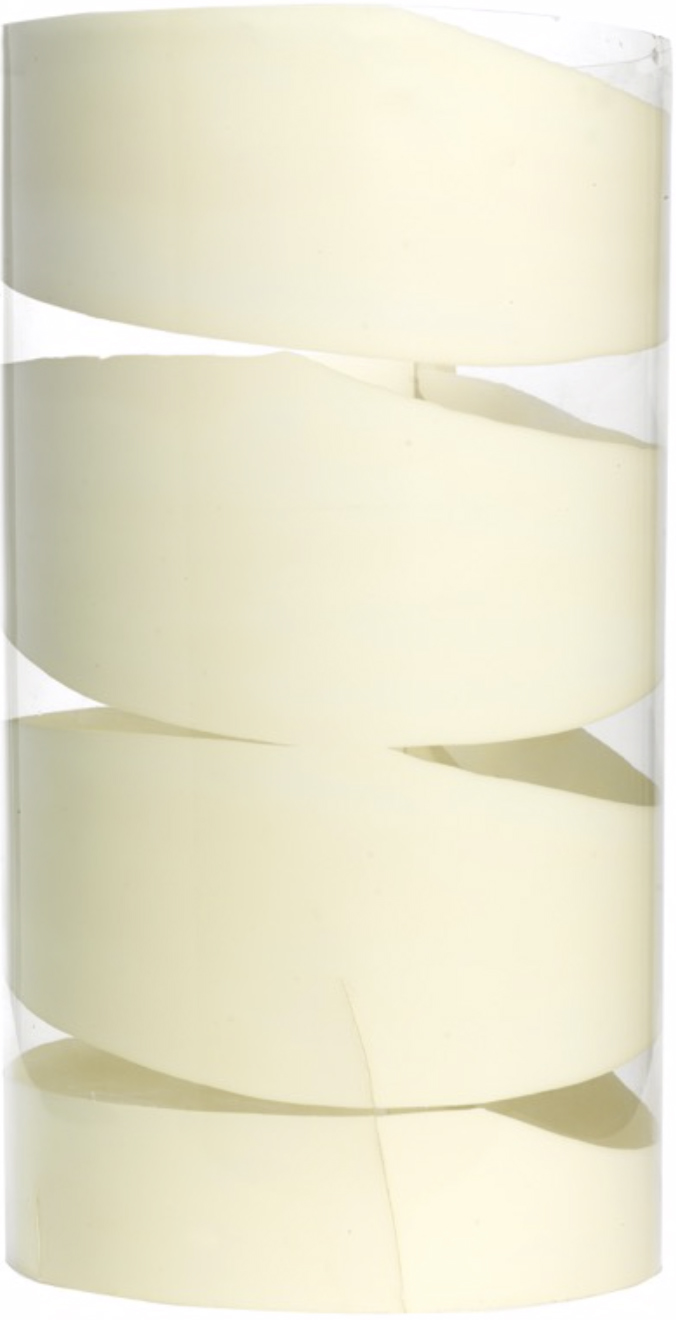 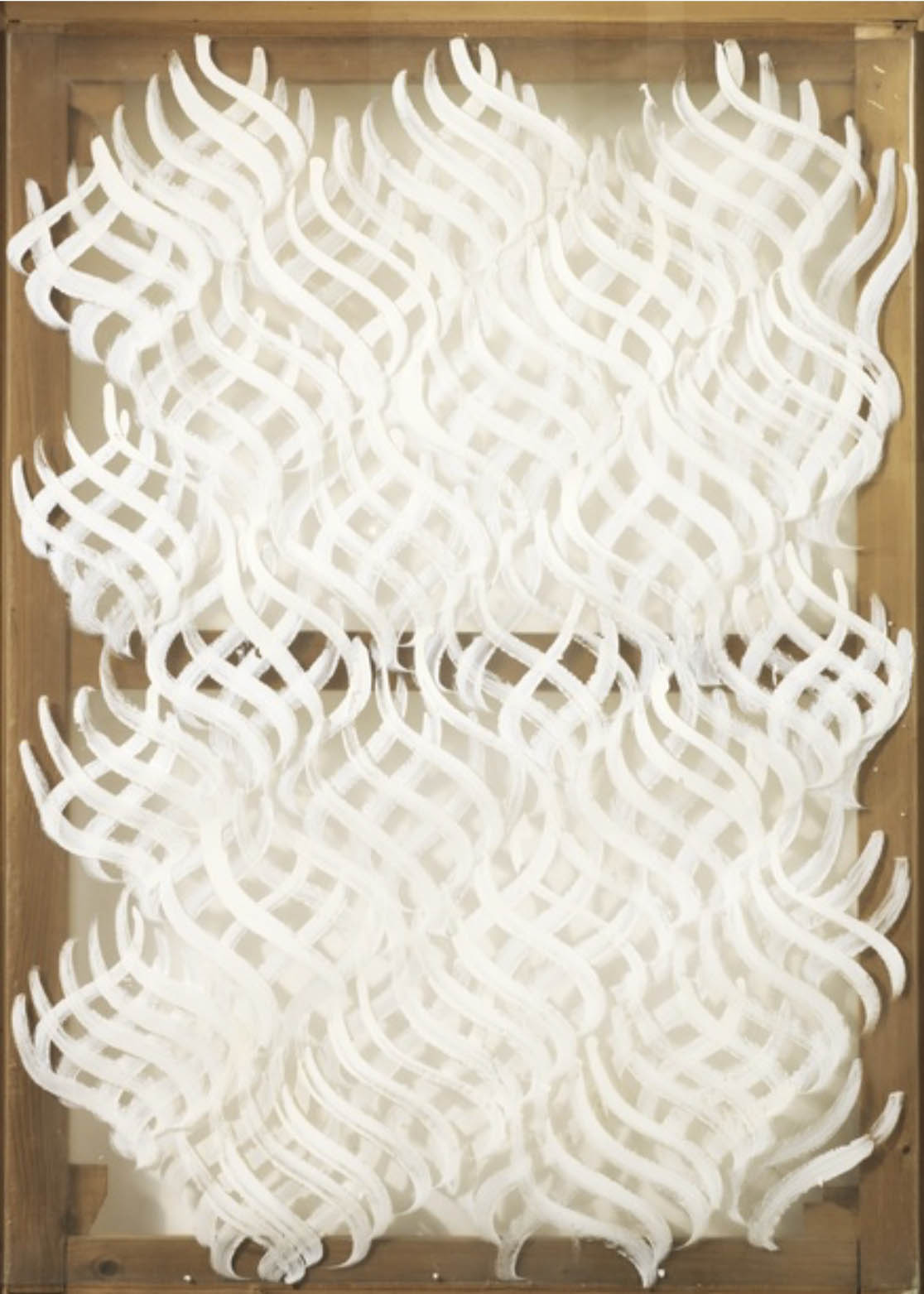 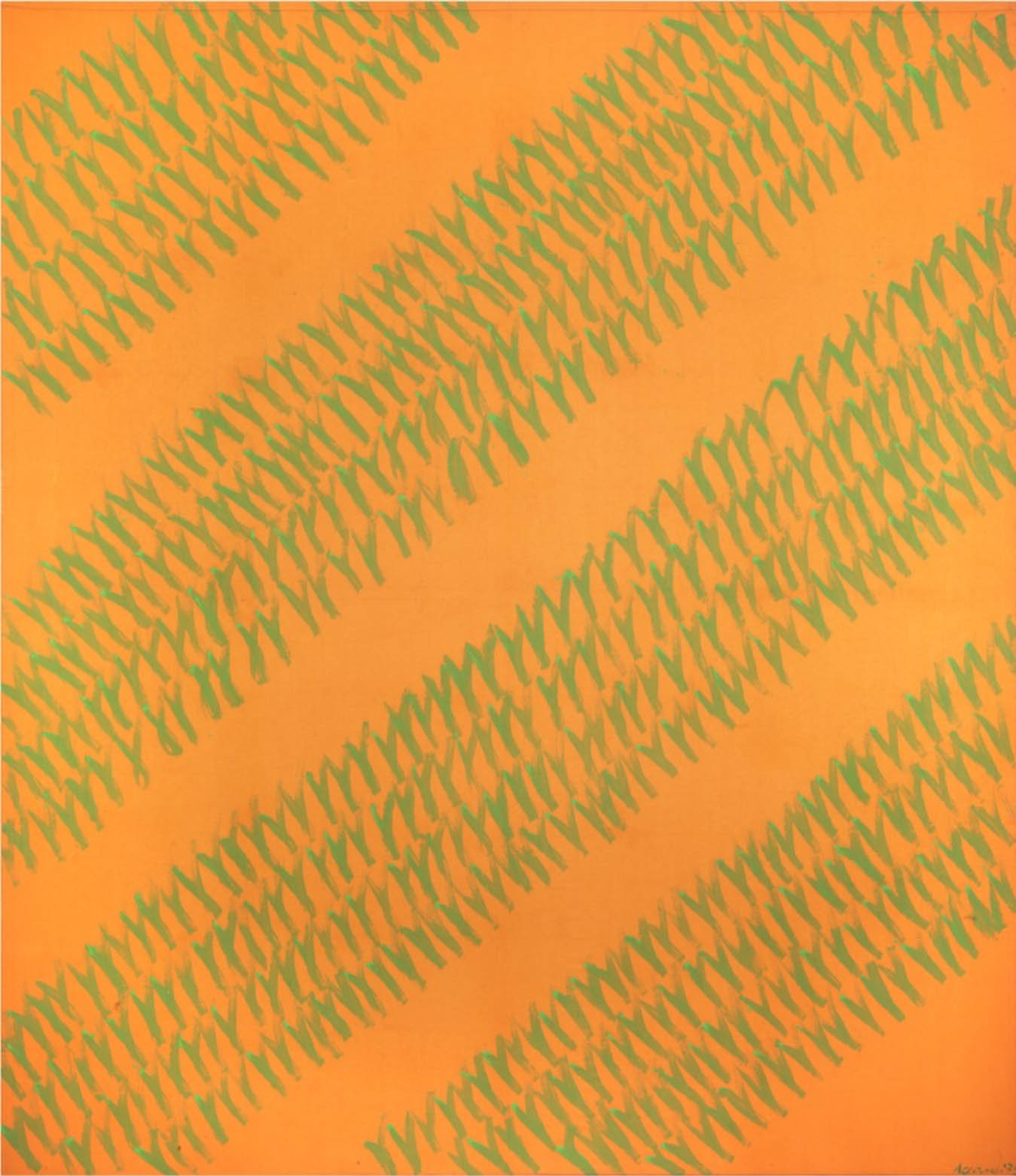 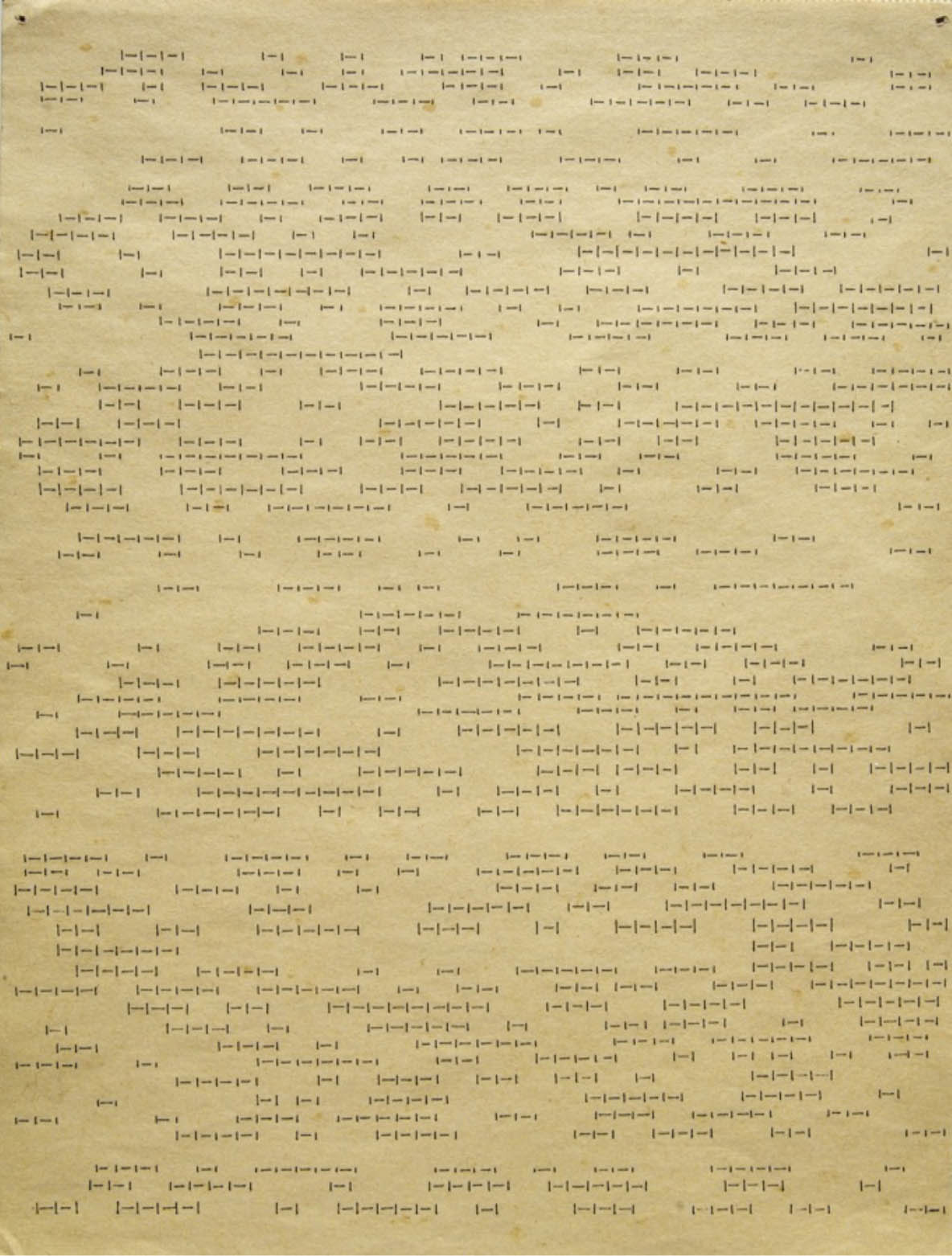 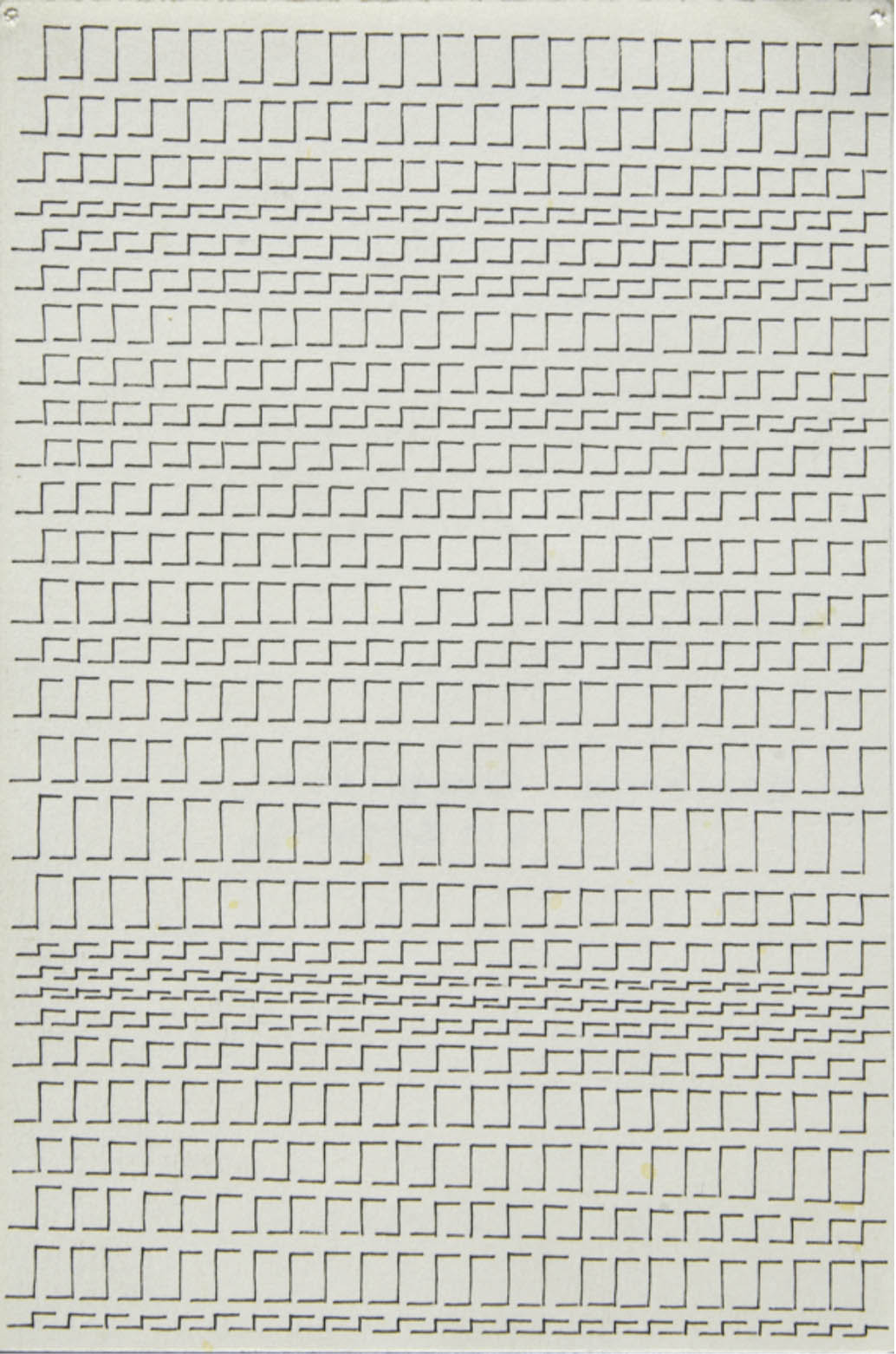 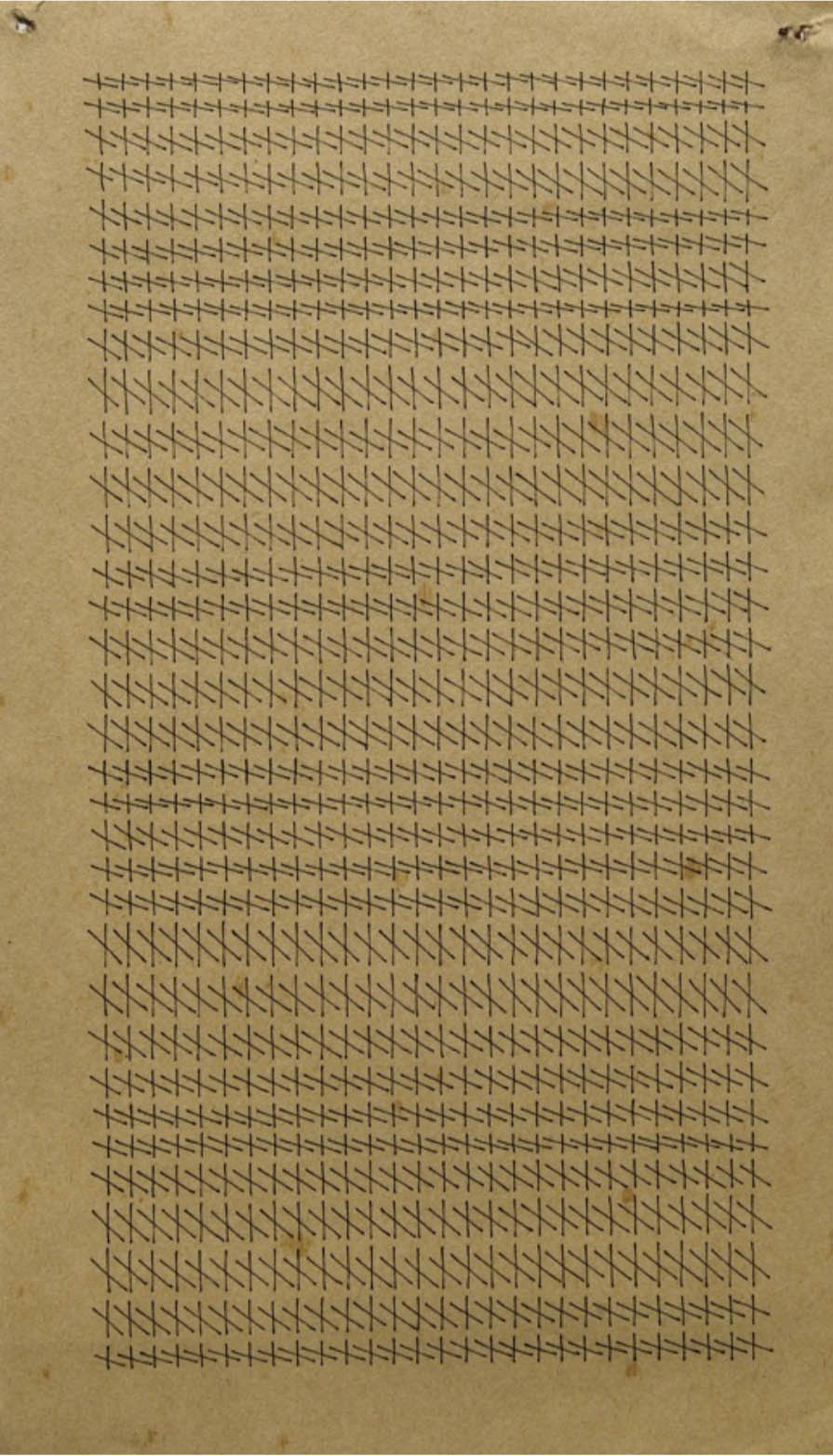 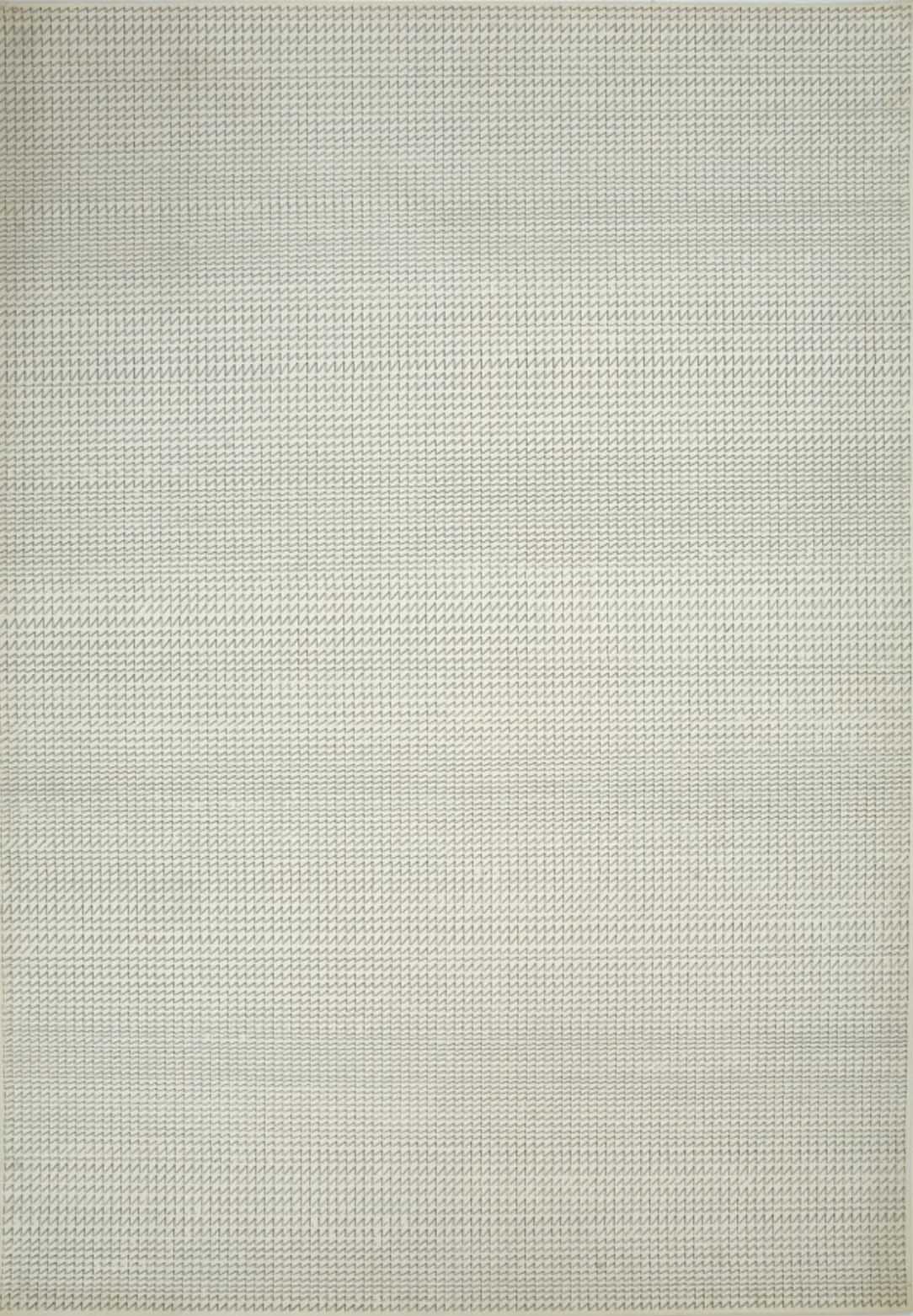 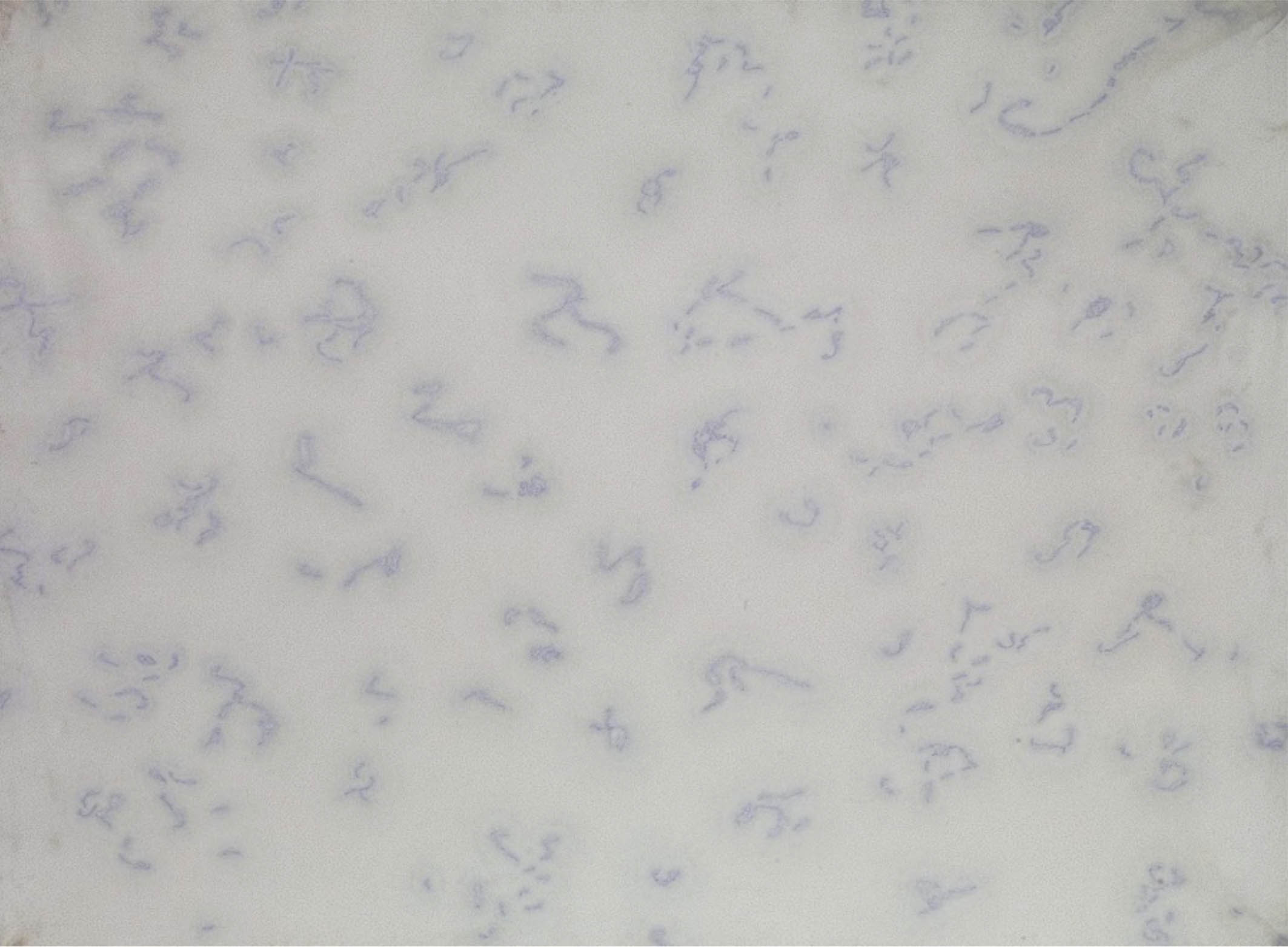 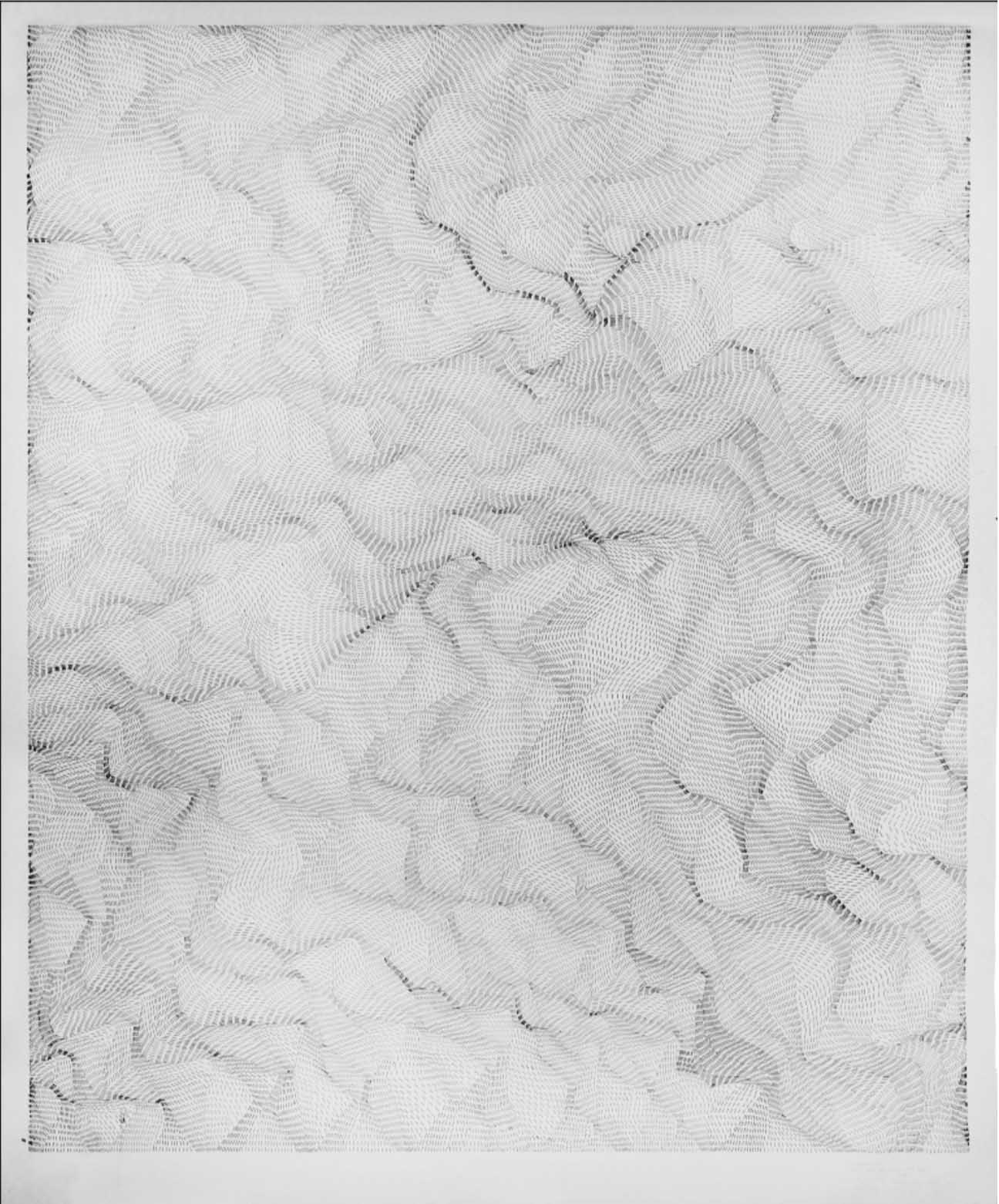 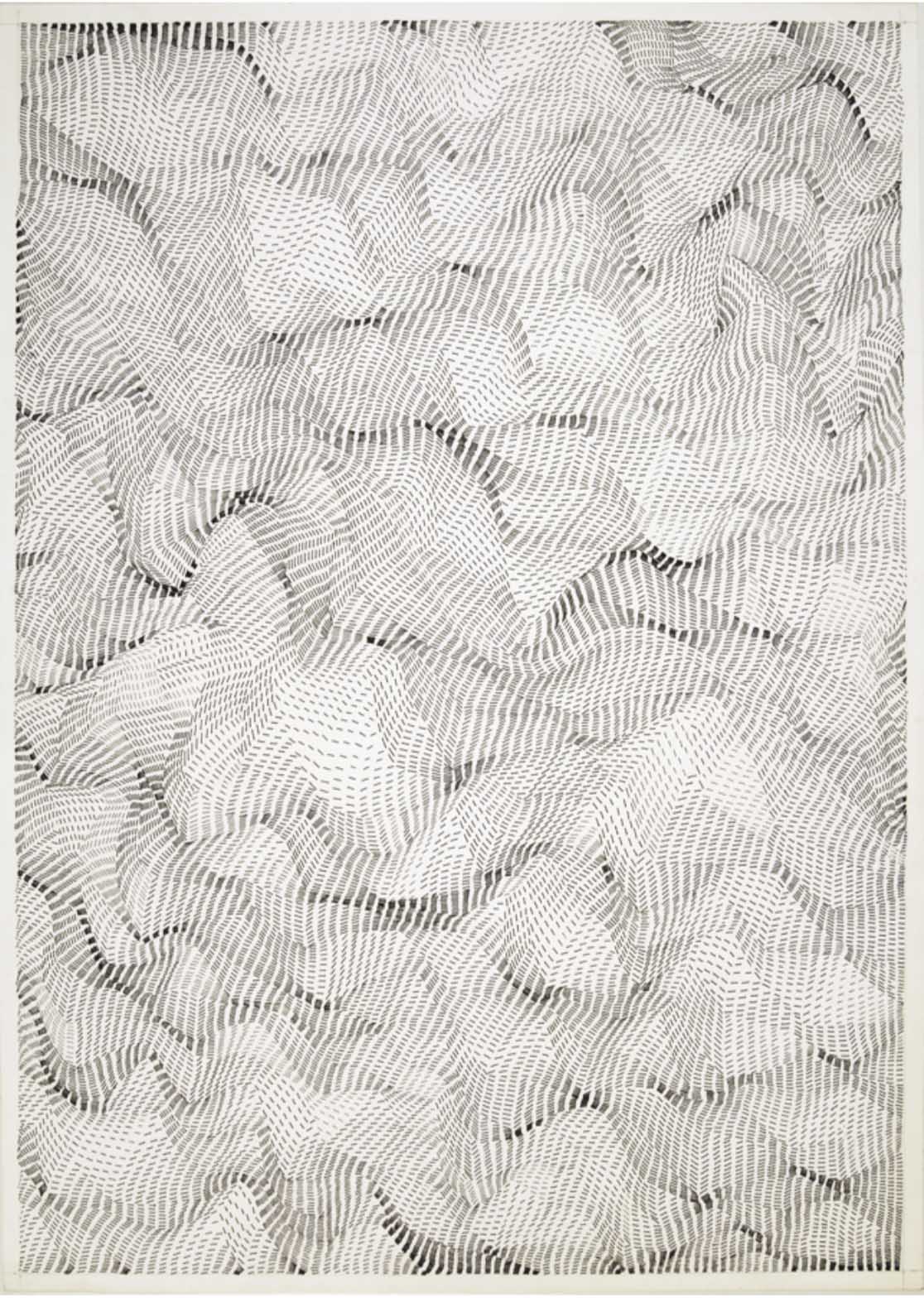 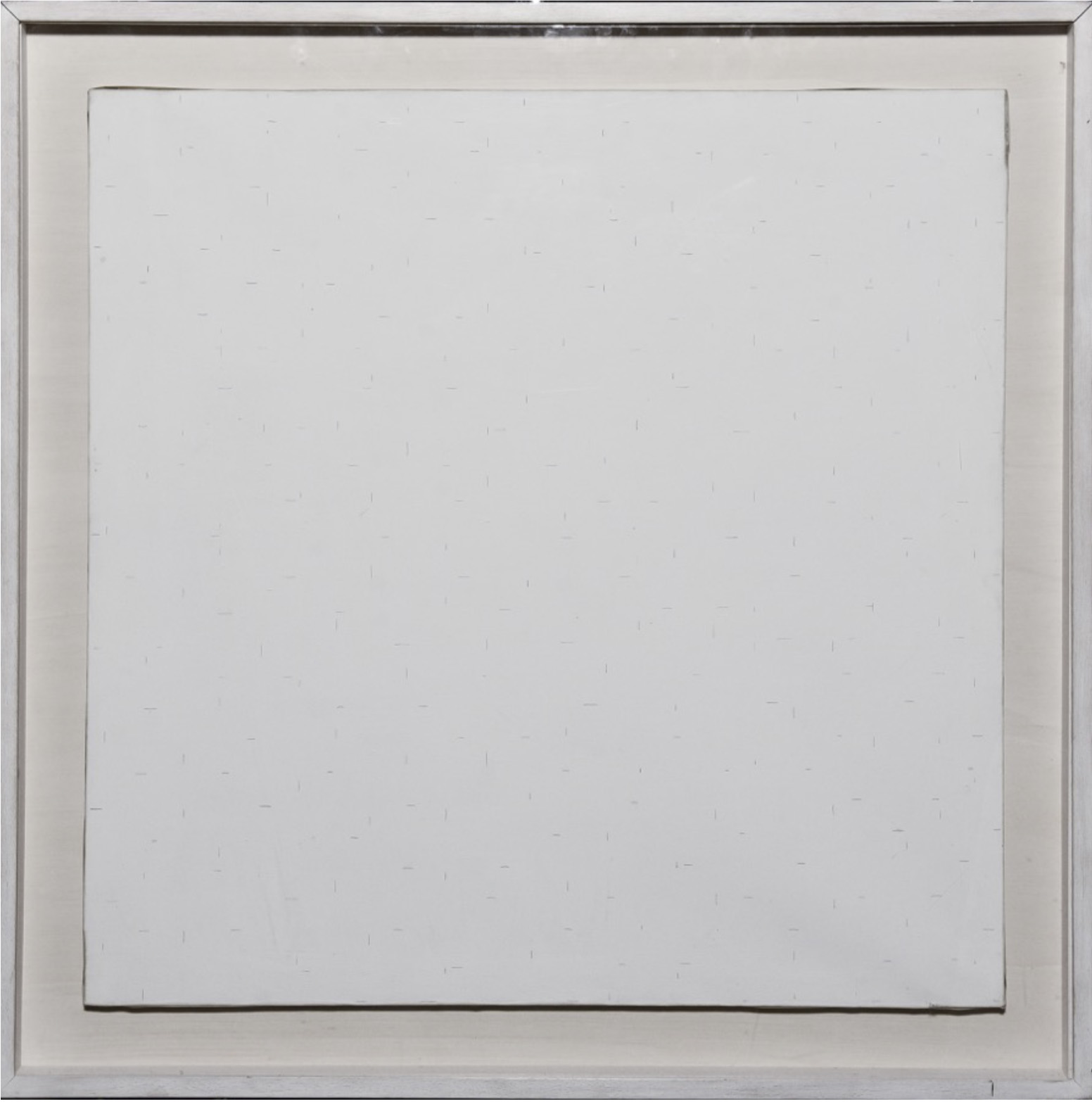 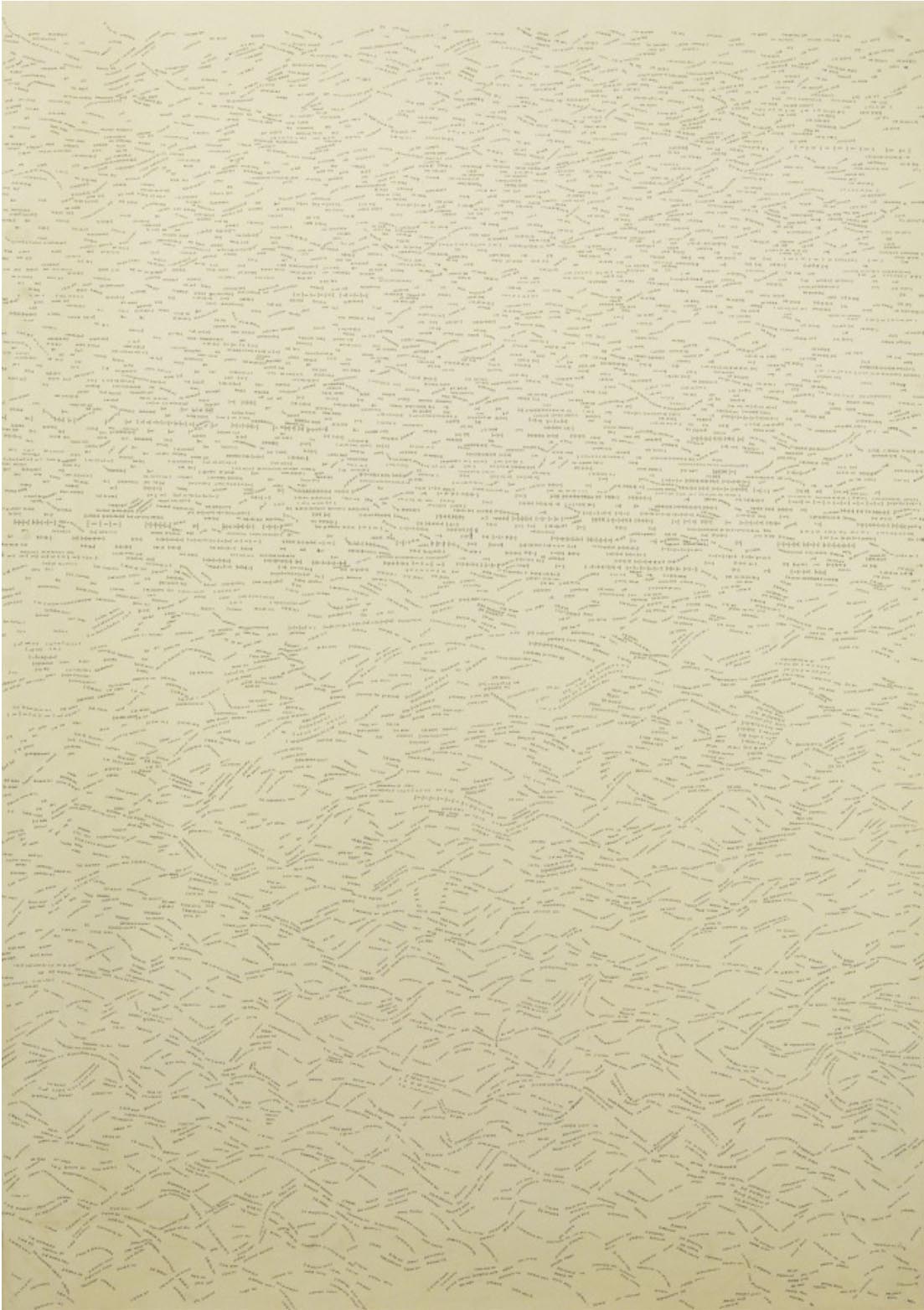 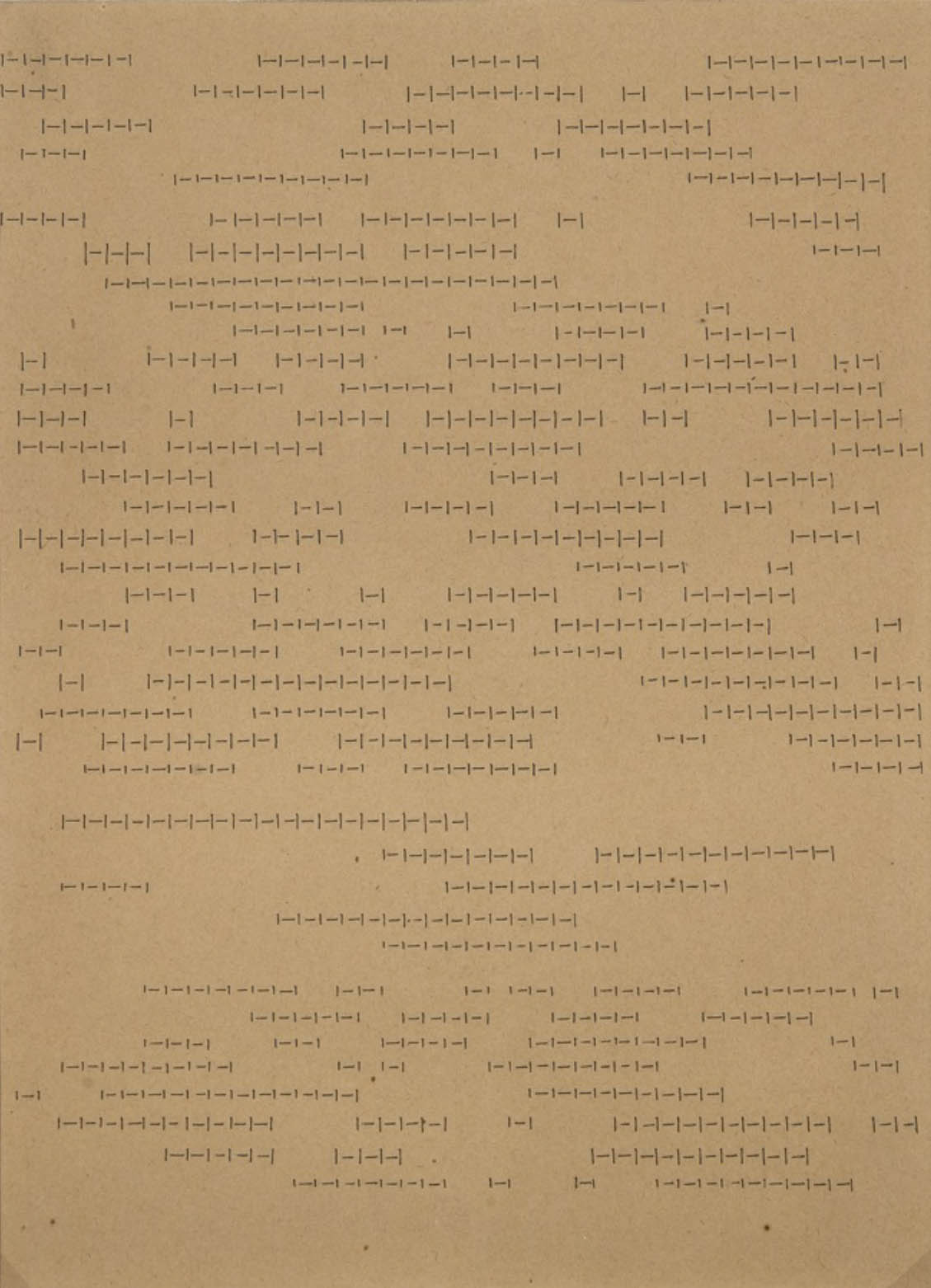 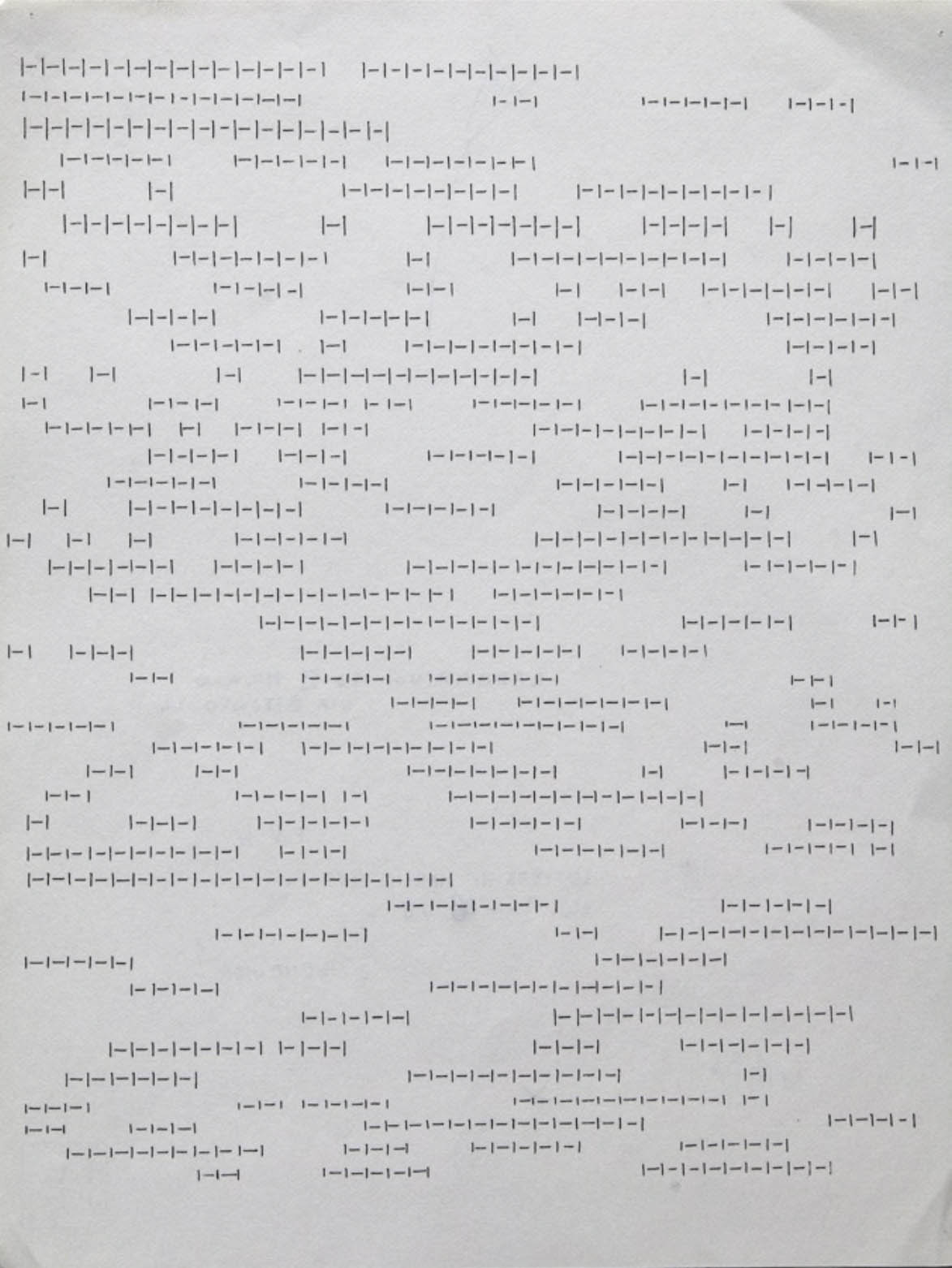 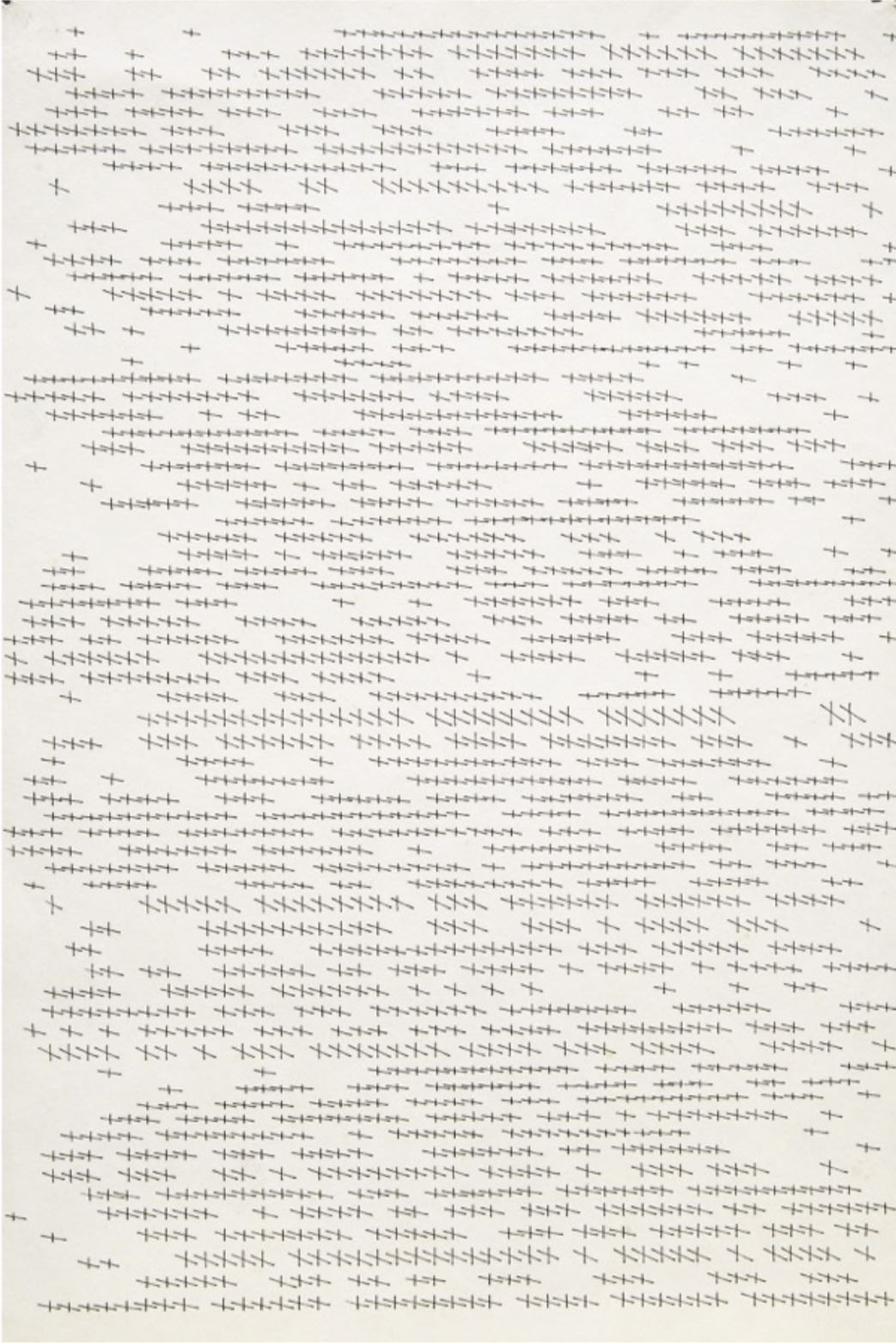 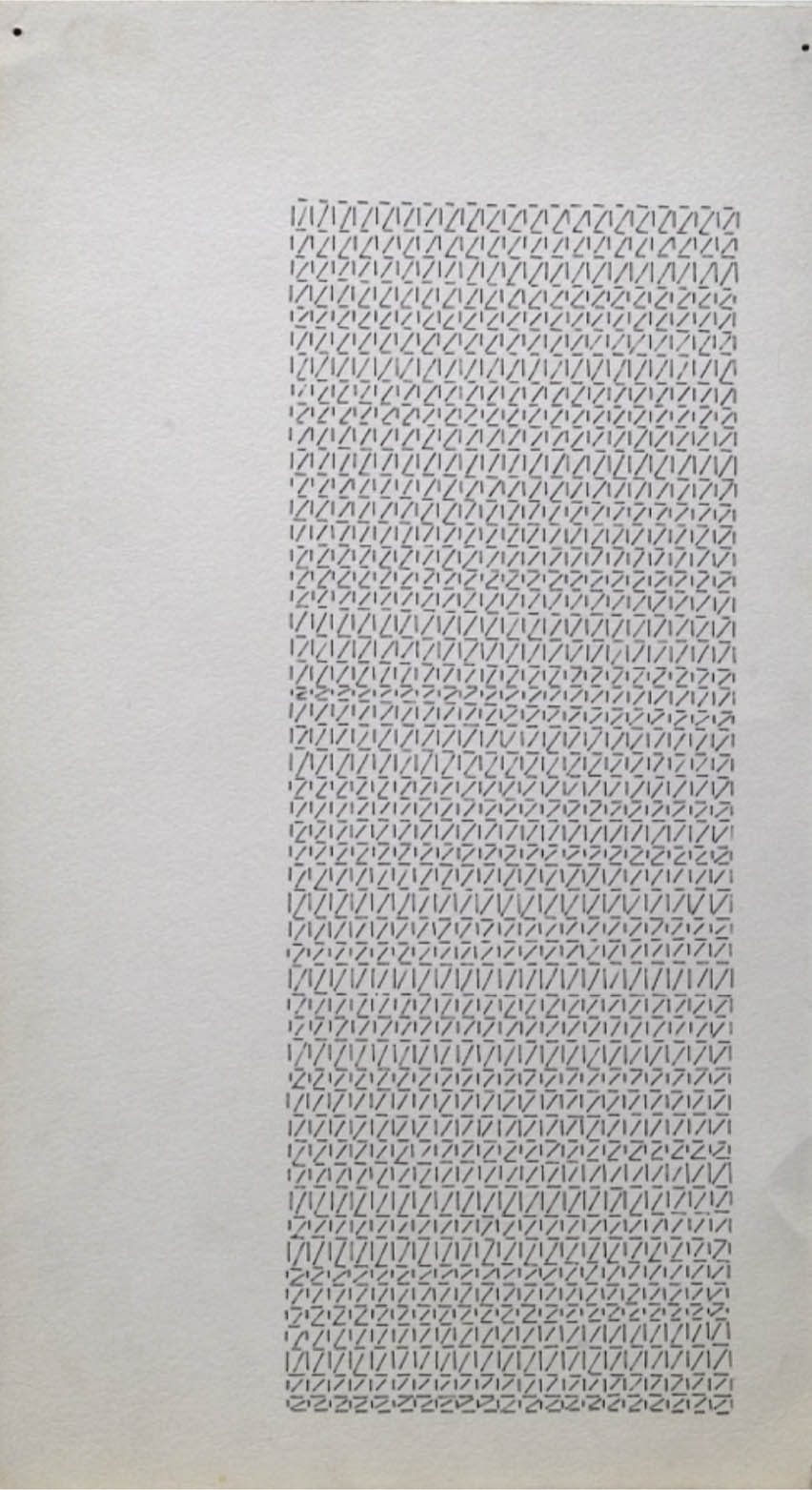 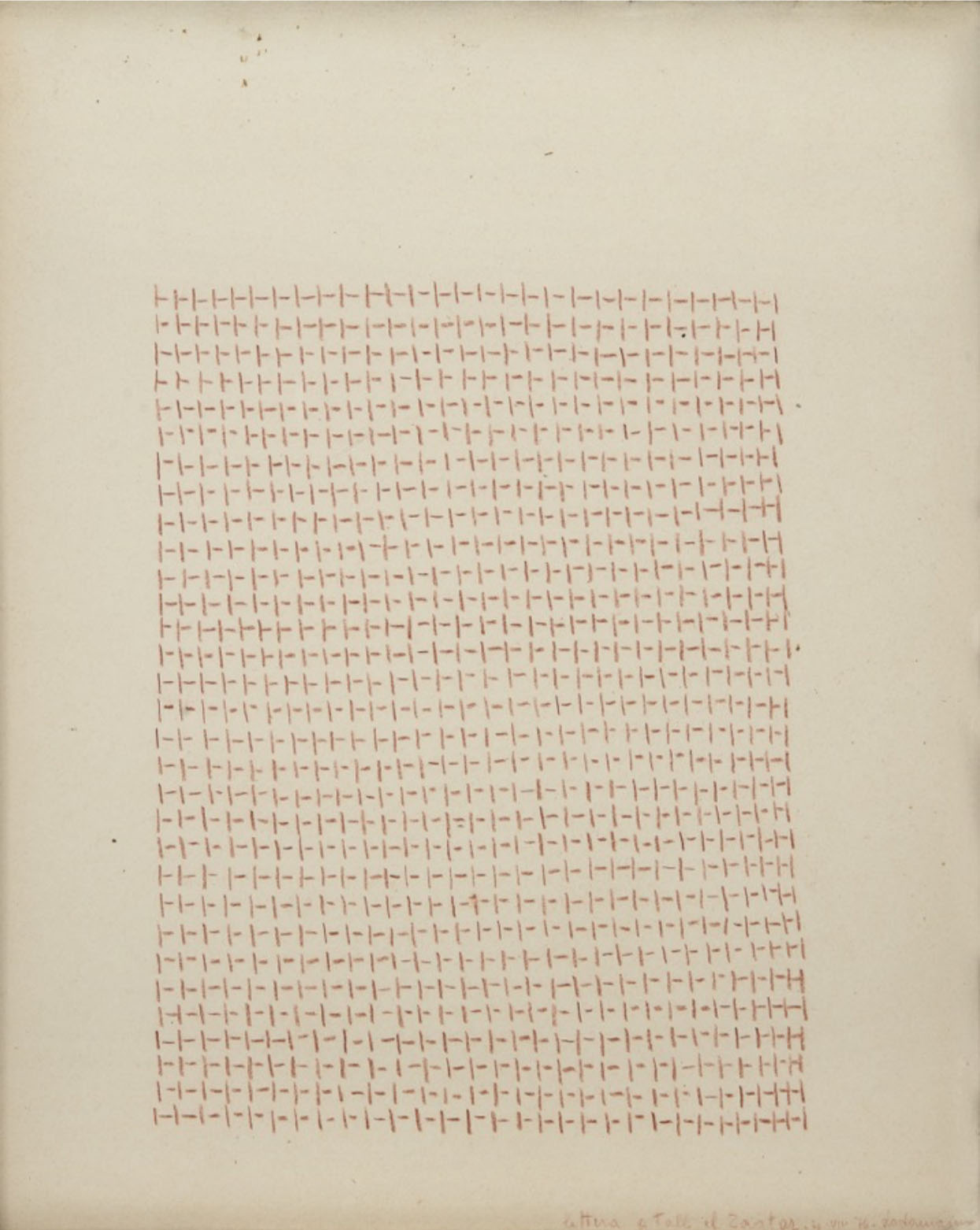 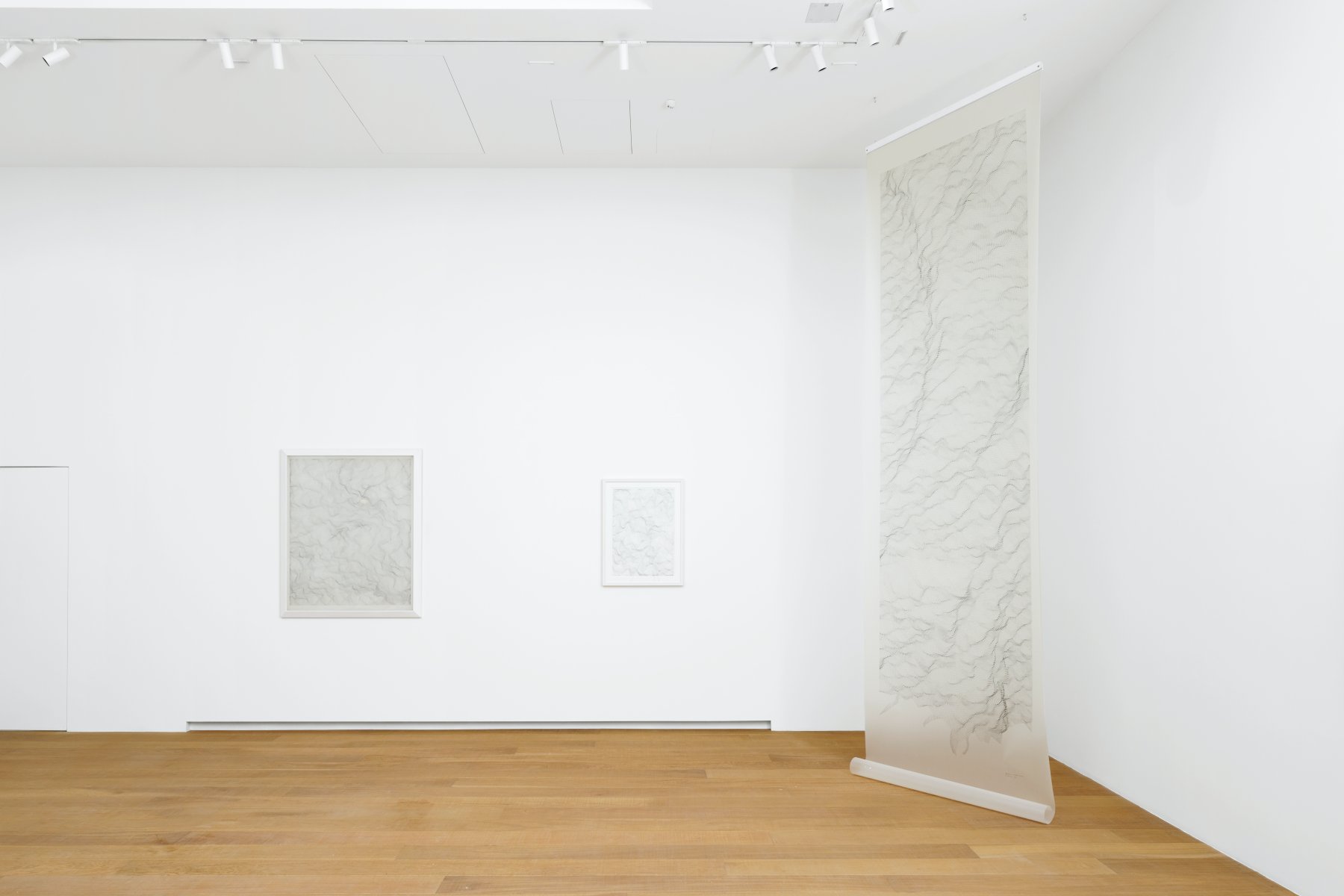 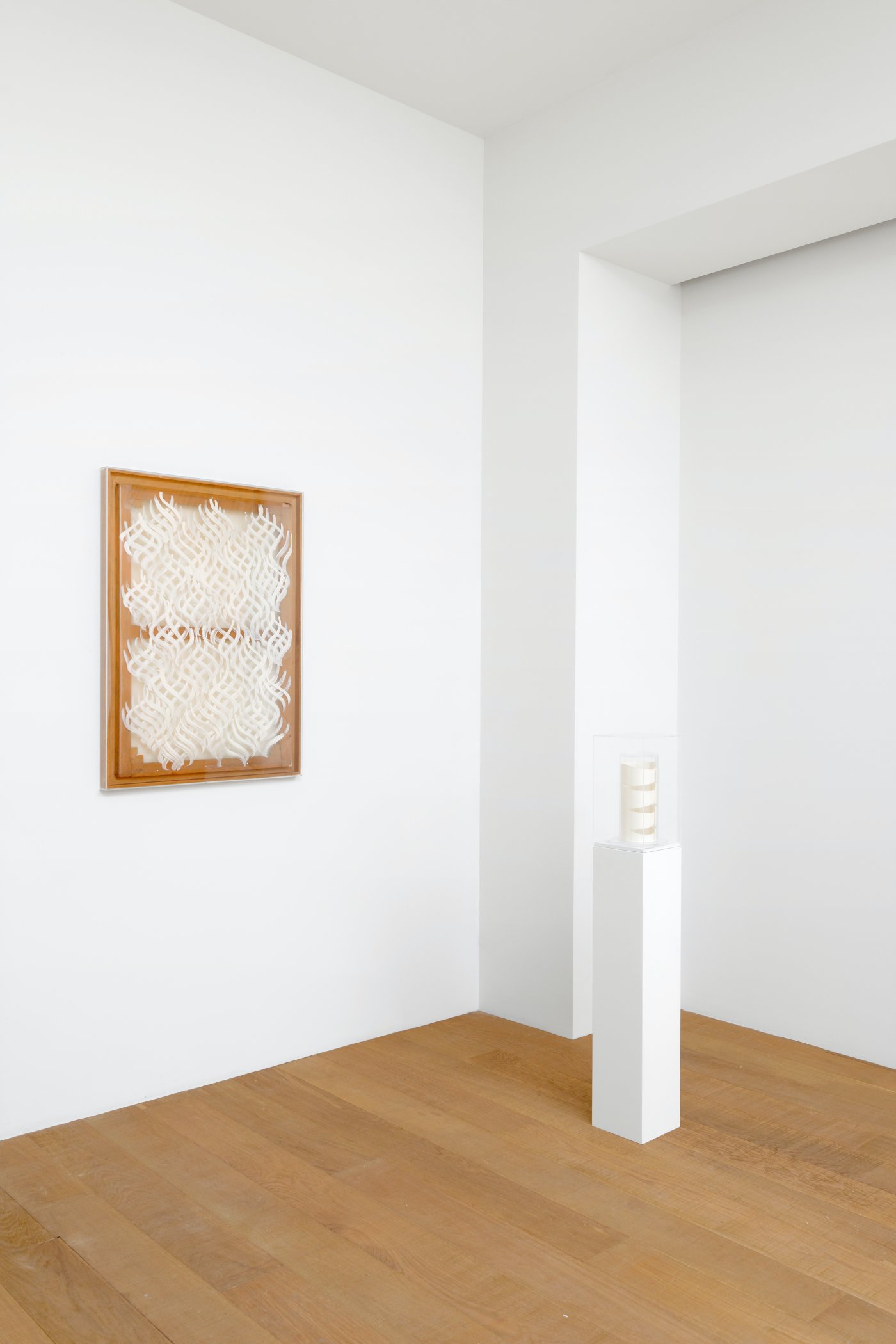 The exhibition approaches the artists through their research surrounding signs that they deploy in a new way, particularly on transparent supports, inviting a radical rethinking of the notion of “reading” the work of art. Carla Accardi and Dadamaino share a freedom and independence that led them to adhere to different artistic movements while at the same time freeing themselves from dogmatic frameworks. They created two unique paths for themselves, two distinct artistic vocabularies linked by an interest for writing and for transparency. This new element brings dynamism to their compositions by introducing the three-dimensional and thus allows their signs to vibrate in a fluid space. The result is two corpora of works often developed in series, in which these two artists explored the properties and possibilities of painting – color, linework, light and dimensionality. Women of convictions, persuaded of the relevance of art and commitment within a society, they took part in the militant campaigns of their time, particularly communism, and left a lasting mark on Art History.

The exhibition Carla Accardi and Dadamaino: Between sign and transparency. Two Italian artists at the frontiers of abstraction opens in May 2021 in the Parisian location of Tornabuoni Art, in conjunction with Carla Accardi’s retrospective at the Museo del Novecento in Milan and the exhibition Elles font l’abstraction at the Centre Pompidou, in which the gallery participates through the loan of works by Accardi and Dadamaino. A catalogue will accompany the exhibition, published in French and English by Forma Edizioni with texts by Valérie Da Costa, art historian, curator and lecturer, Margit Rowell, former Chief Curator of the sculpture department at the Centre Pompidou in Paris and then Chief curator of Drawings at the Museum of Modern Art in New York, Jean-Pierre Criqui, art historian and editor of the ‘Cahiers du Musée national d’art moderne’, and Elizabeth de Bertier, art historian.

Recognized as being one of the most important painters of her generation, Carla Accardi was born in 1924 in Trapani (Sicily). After attending the Academy of Fine Arts in Palermo, she left her native region for Florence and then Rome where she founded the group Forma Uno (1947-1951) with Ugo Attardi, Pietro Consagra, Piero Dorazio, Mino Guerrini, Achille Perilli, Antonio Sanfilippo and Giulio Turcato. The artists of this Marxist-inspired movement had the ambition of eliminating all symbolist and psychological references in their works, which they based instead on the artist’s intuition, outside of all abstract formalities. If some will return to realism or to a more formal abstraction, Accardi stands out from this community of artists because of her experimental character and develops a personal poetic language linking signs and color.

Her artistic career can be understood in distinct periods: at the beginning of the 1960s Accardi created her Integrazione series, characterized by a monochromatic research on form and color that evolved into a two-color process studying the relationships between color, signs and background. The second half of the decade saw the return of color in her works and the particular use of sicofoil, a shimmering and transparent industrial plastic. Accardi favors the material for its reception and diffusion of light and adds fluorescent paint signs to it. True odes and reflections on light, the artist leaves the frame of her paintings visible as well as on her works that take the shape of in tents visible in the empty space, one of which, Triplice Tenda (1969-71), was acquired by the Centre Pompidou in 2005. In the 1970s, Accardi drew closer to the feminist movements with the art critic Carla Lonzi, with whom she founded Rivolta femminile, one of the first Italian feminist groups and publishing house promoting the deconstruction of preconceived ideas about the female gender and its emancipation. Throughout her artistic career, Accardi has been in contact and exchanged ideas with the major artists of her time, from Hartung to Pollock as well as Fontana. Recognized late but in a dazzling way, Accardi had her first American solo exhibition at the MoMA PS1 in New York in 2001, followed by an exhibition at the Museum of Modern Art in Paris in 2002.

Six years younger than Accardi, Eduarda Emilia Maino, known by the pseudonym Dadamaino, was born in Milan in 1930. After completing her studies in Pharmacology, she began her artistic career at the end of the 1950s as the protagonist of an avant-garde originally constituted around the spatialism of Lucio Fontana, in post-war Milan, a place of artistic effervescence. In 1957, she joined the Azimuth project – an art magazine and homonymous gallery founded by Piero Manzoni and Enrico Castellani – and the international ZERO movement theorized by Heinz Mack.

Fontana’s legacy, which Dadamaino cites along with Yves Klein as a major influence on her work, is particularly visible in his first series of Volumi, presented in Milan in 1958, monochrome black or white canvases pierced into the void. This research on three-dimensionality and monochrome subsequently led her to Volumi a moduli sfasati, sheets of superimposed plastic perforated according to a precise rhythm from which a visual vibration is released. The Oggetti ottico dinamici series, begun in 1962, is representative of Dadamaino’s participation in the kinetic research of the nascent Op art. This was followed by the Ricerca del colore, elegant variations of color juxtapositions in a single format. She develops writing through signs, which does not become writing as it stops before the word appears, from the beginning of her career until her death. This takes the form of abstract undulations or hatchings, of which she covers mostly white canvases and papers. The alphabet appears as an artistic system in the Inconscio razionale (1975), canvases touched by automatic lines and dotted lines, guided by the unconscious, which the artist says are “a kind of writing of the mind, of [his]”.

The work Lettera a Tall el Zattar, named after the Palestinian village massacred in Lebanon in 1976, was the starting point for the Alfabeto della mente (1977), a series in which Dadamaino repeats a specific sign in each work, the “silent letter”, covering the surface of the paper. The Costellazioni (1981-87) that followed saw the sign condensed and diffused on the support. The structure and geometry give way to an evanescent unfolding that will lead to the Movimenti delle cose, organic forms born from the multitude of black ink signs on transparent polyester sheets, some of which are up to 30 m long, that the artist will draw until her death in 2003. The richness, coherence and conceptual linearity of Dadamaino’s work lead the artist to a deserved late consecration, as attested by her presence at the exhibition Elles font l’abstraction at the Centre Pompidou. Dadamaino’s works are conserved in the most prestigious museum collections such as the TATE Modern in London, the Centre Pompidou in Paris, the Peggy Guggenheim Collection in Venice or the Philadelphia Museum of Art.