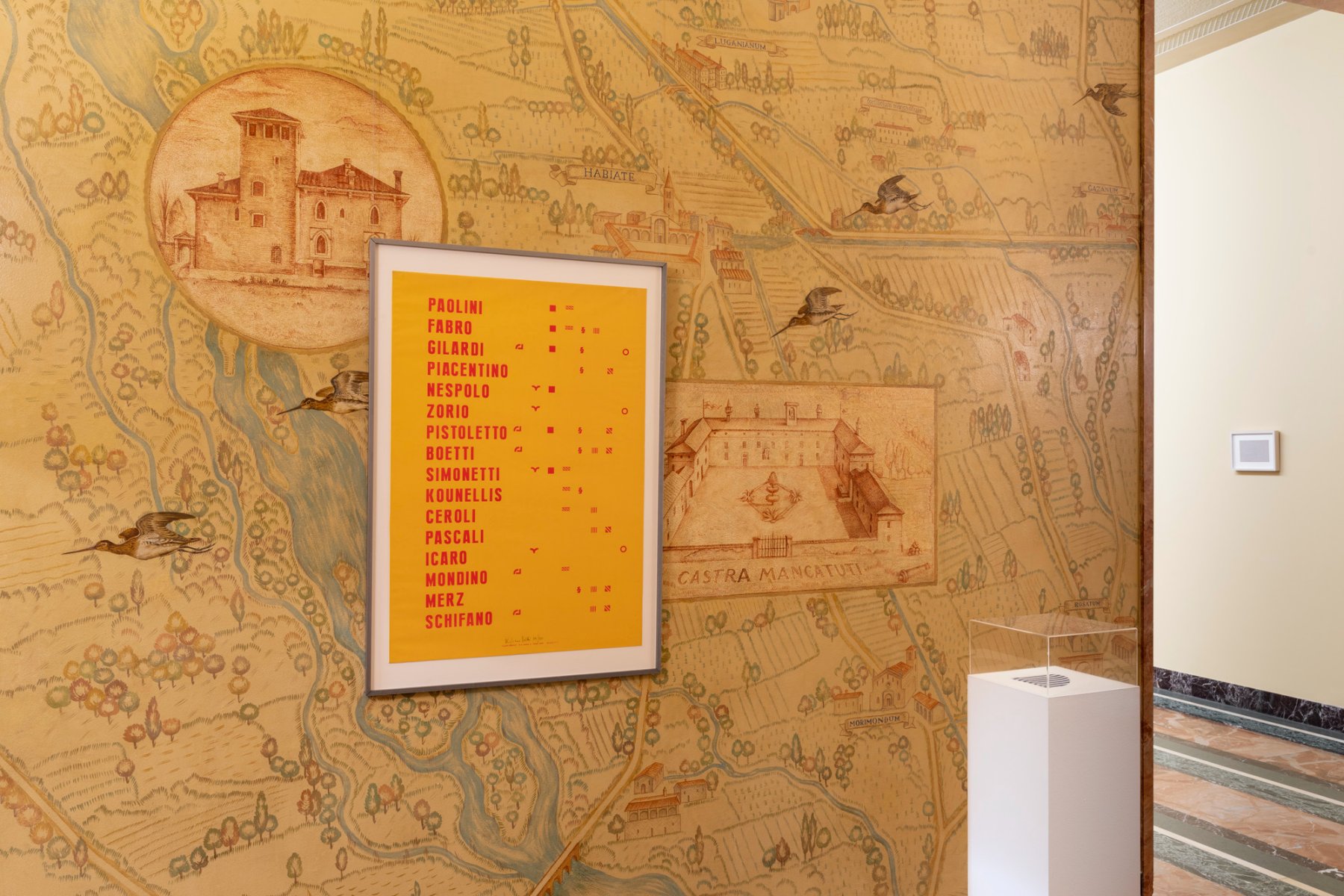 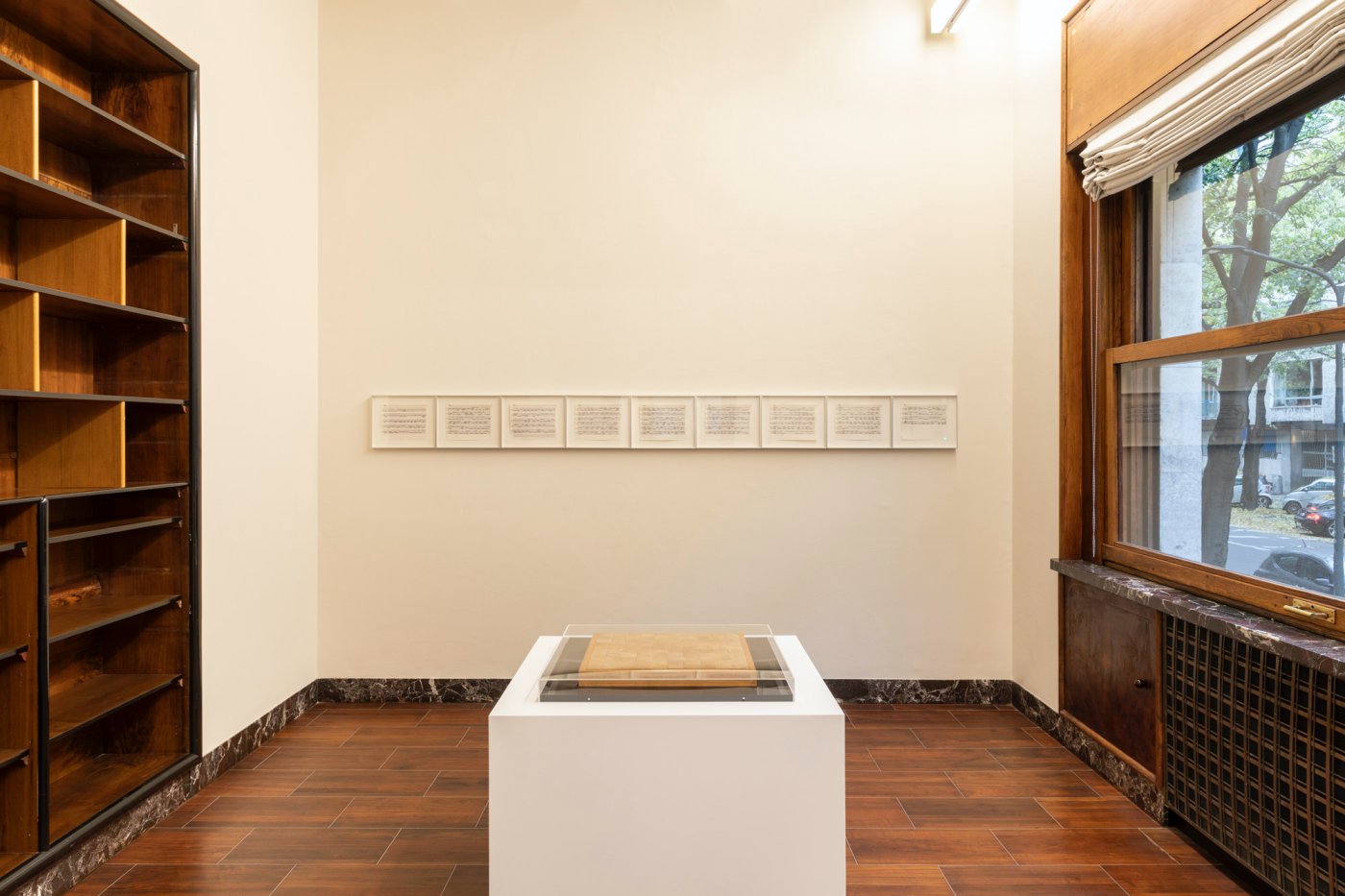 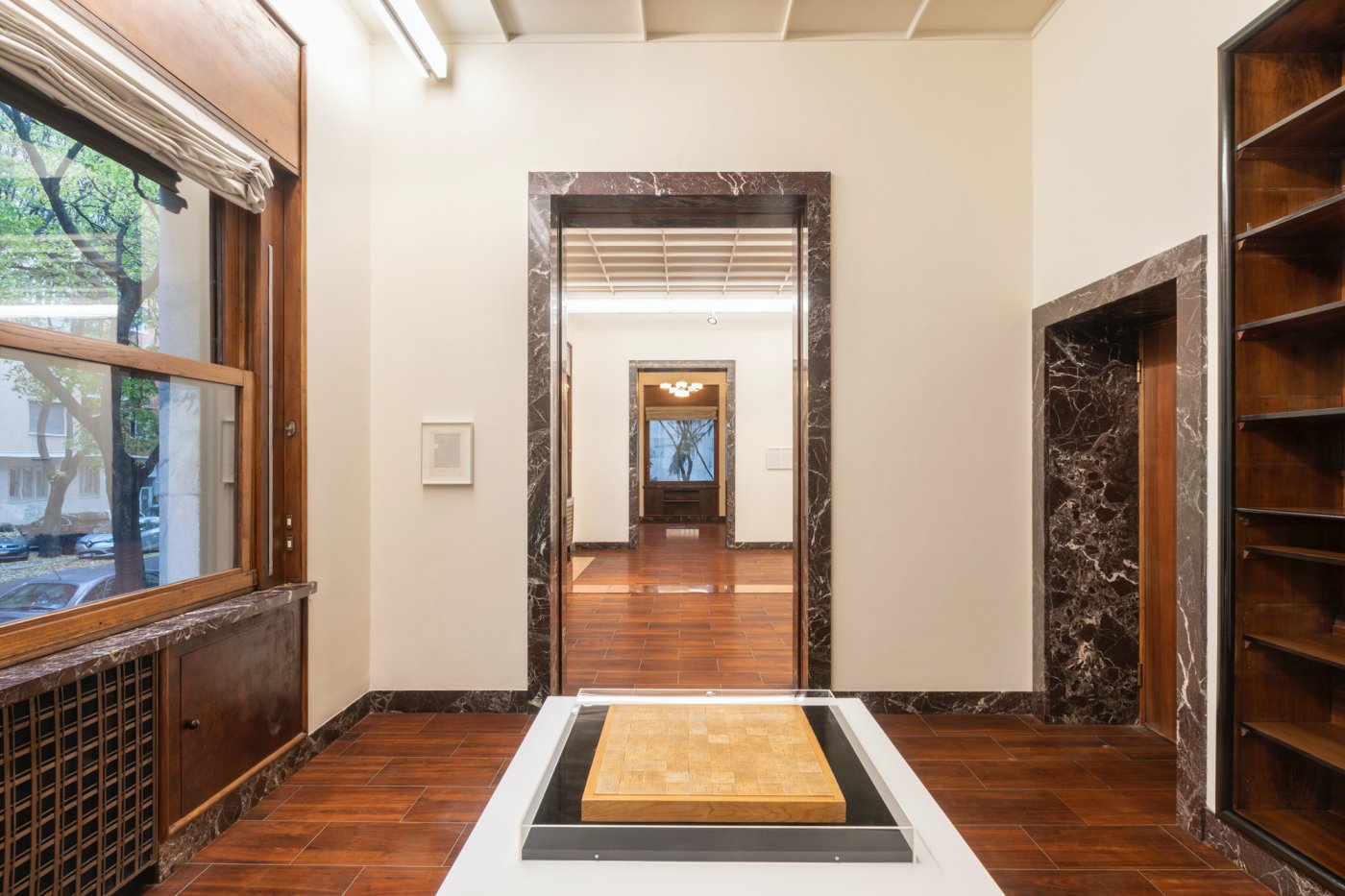 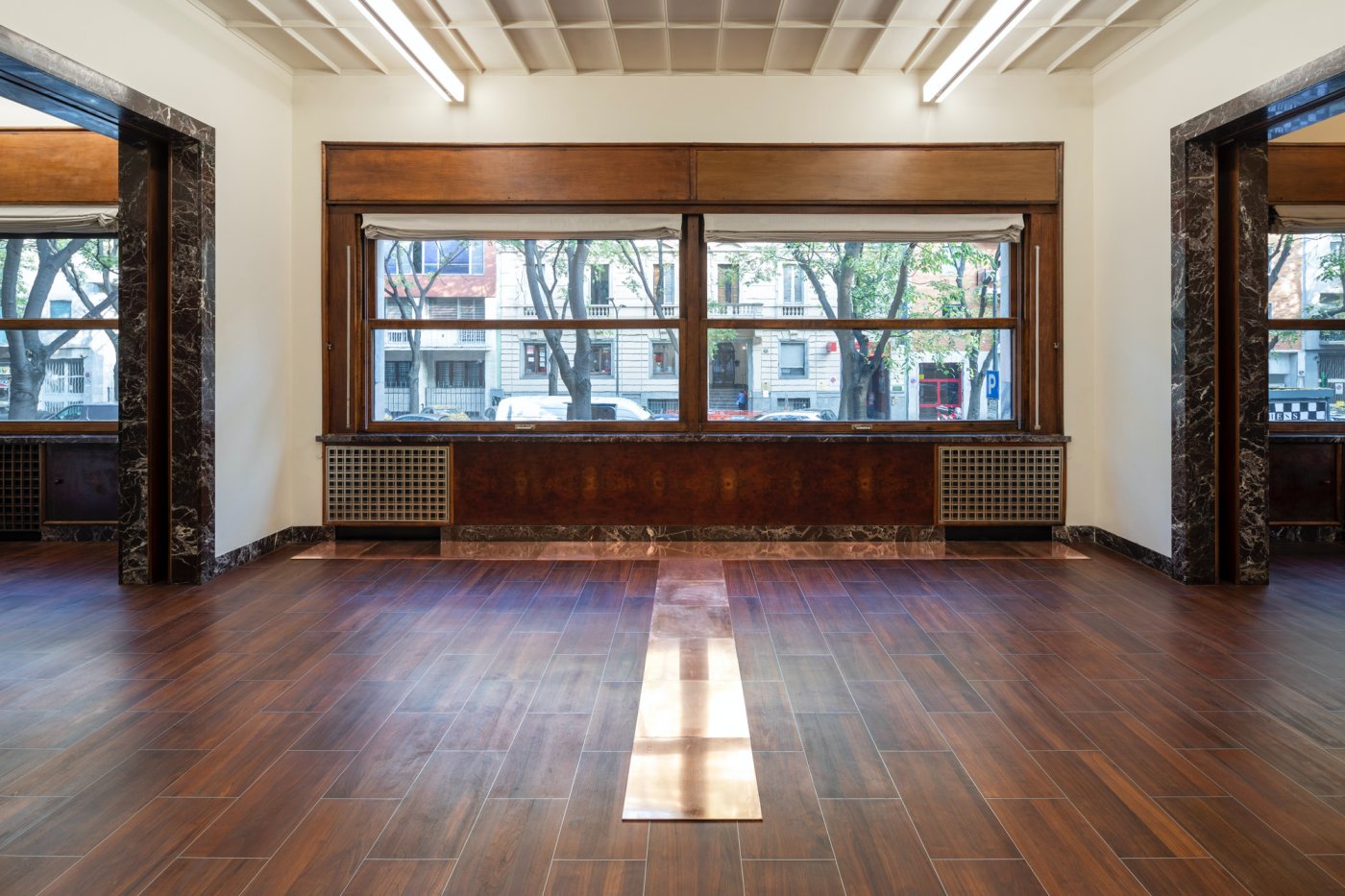 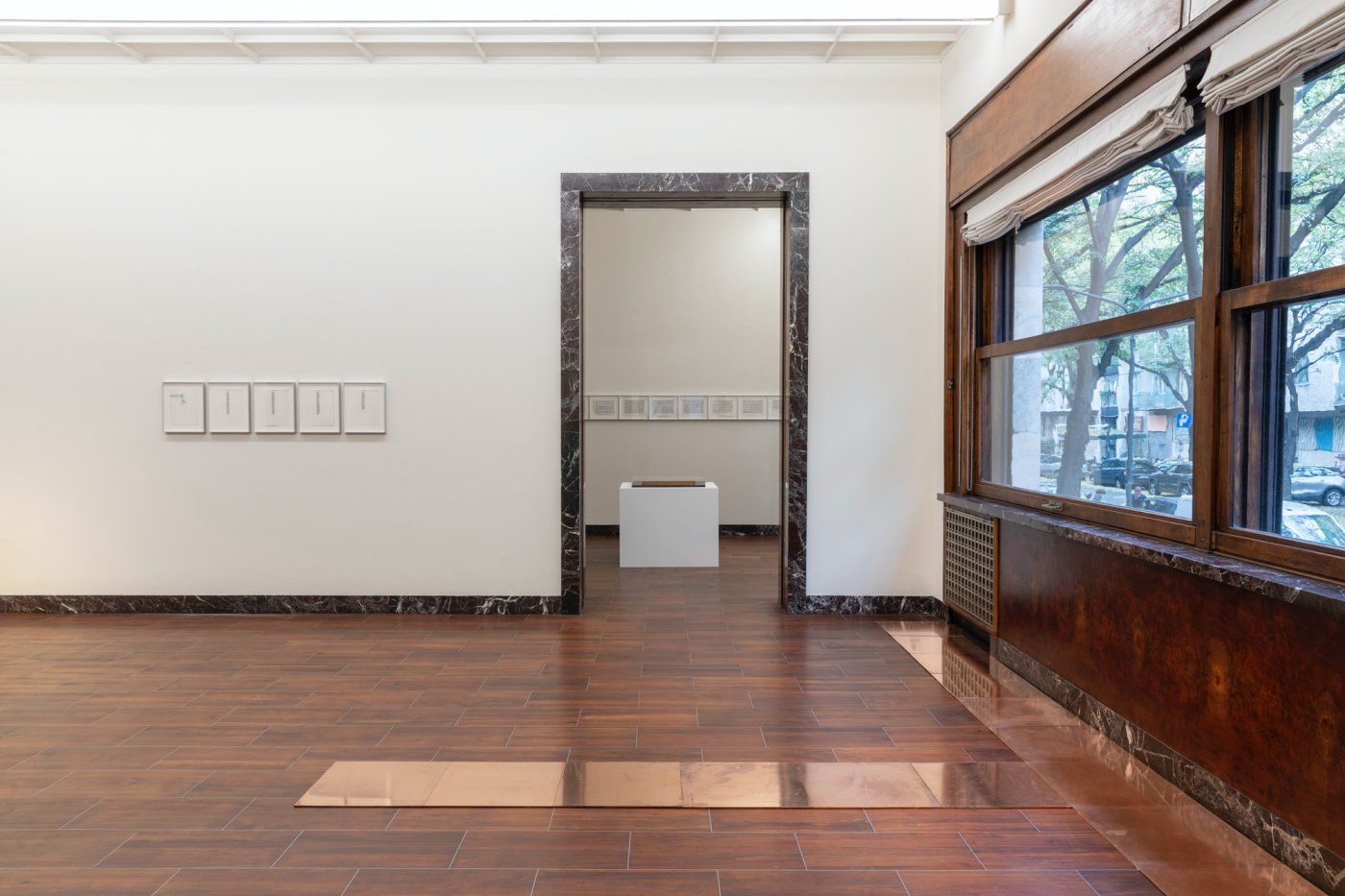 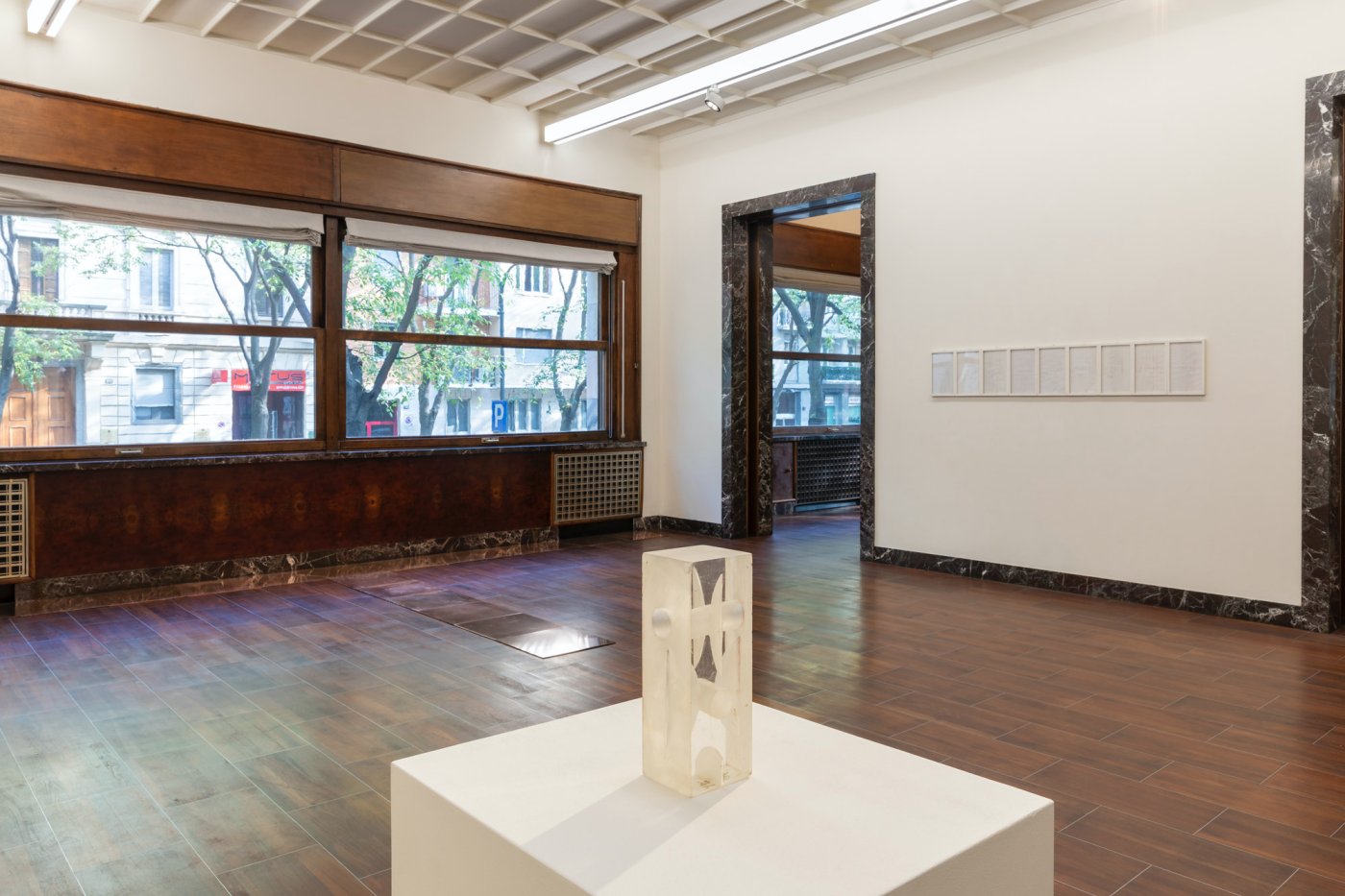 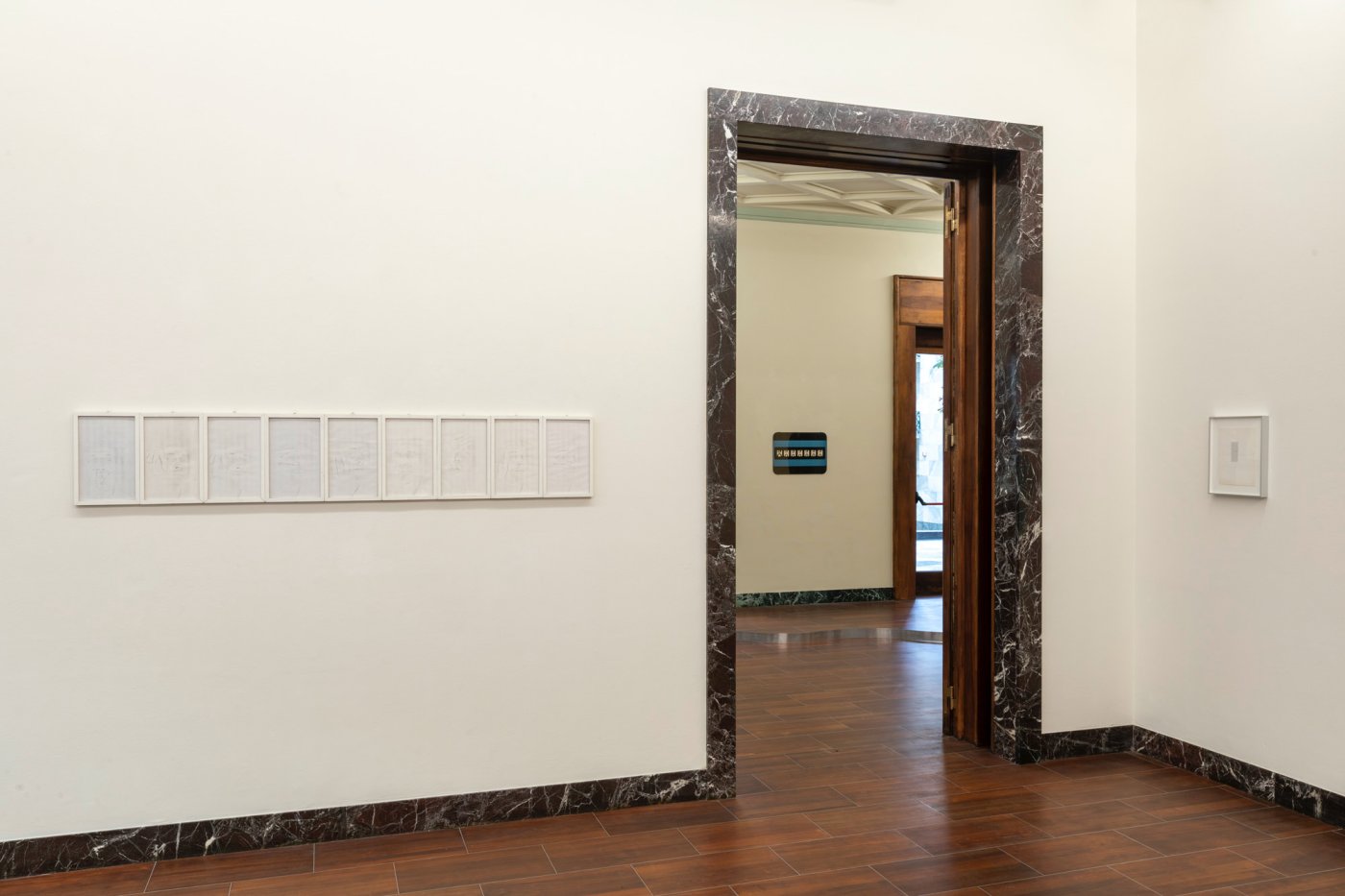 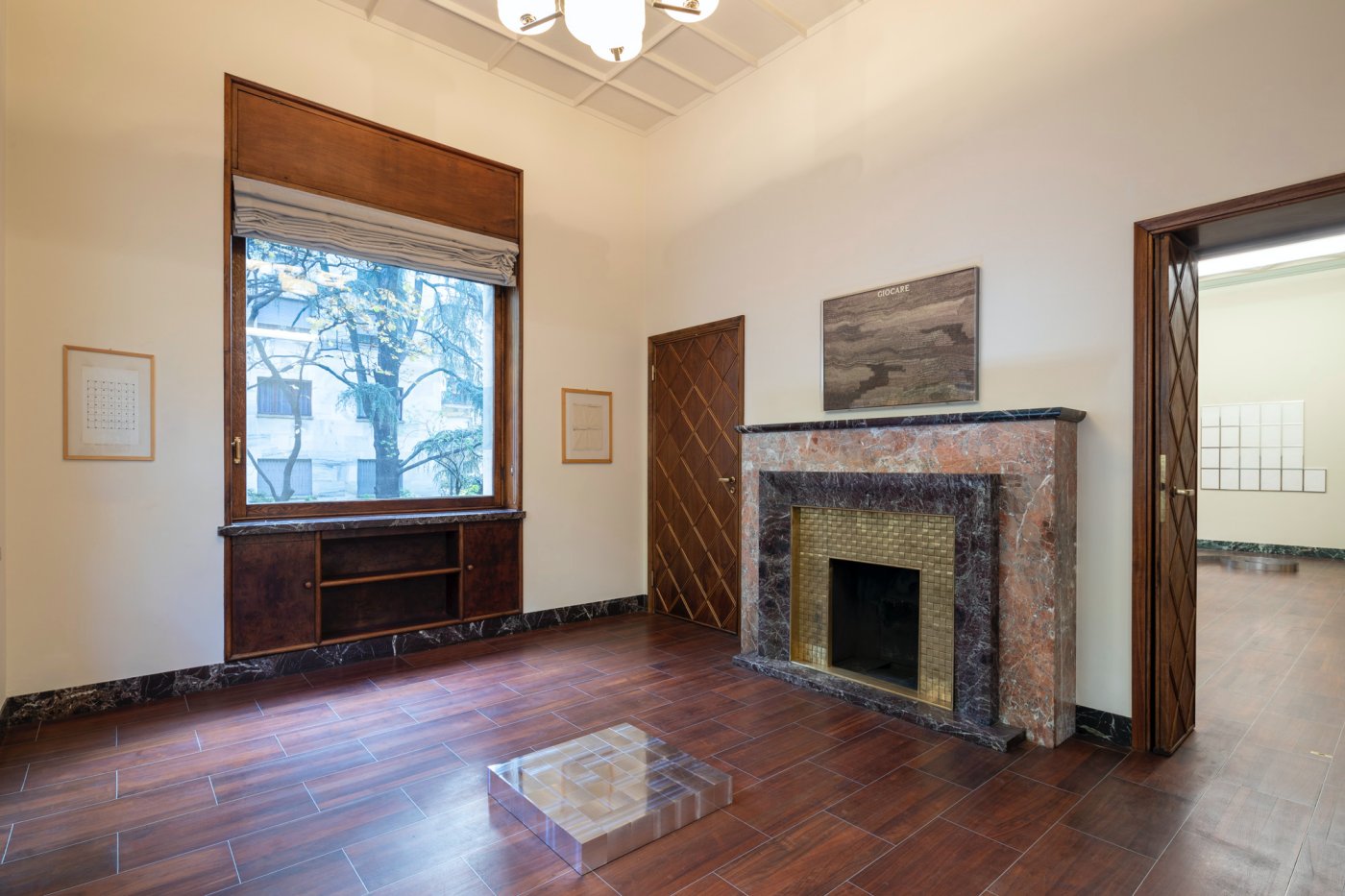 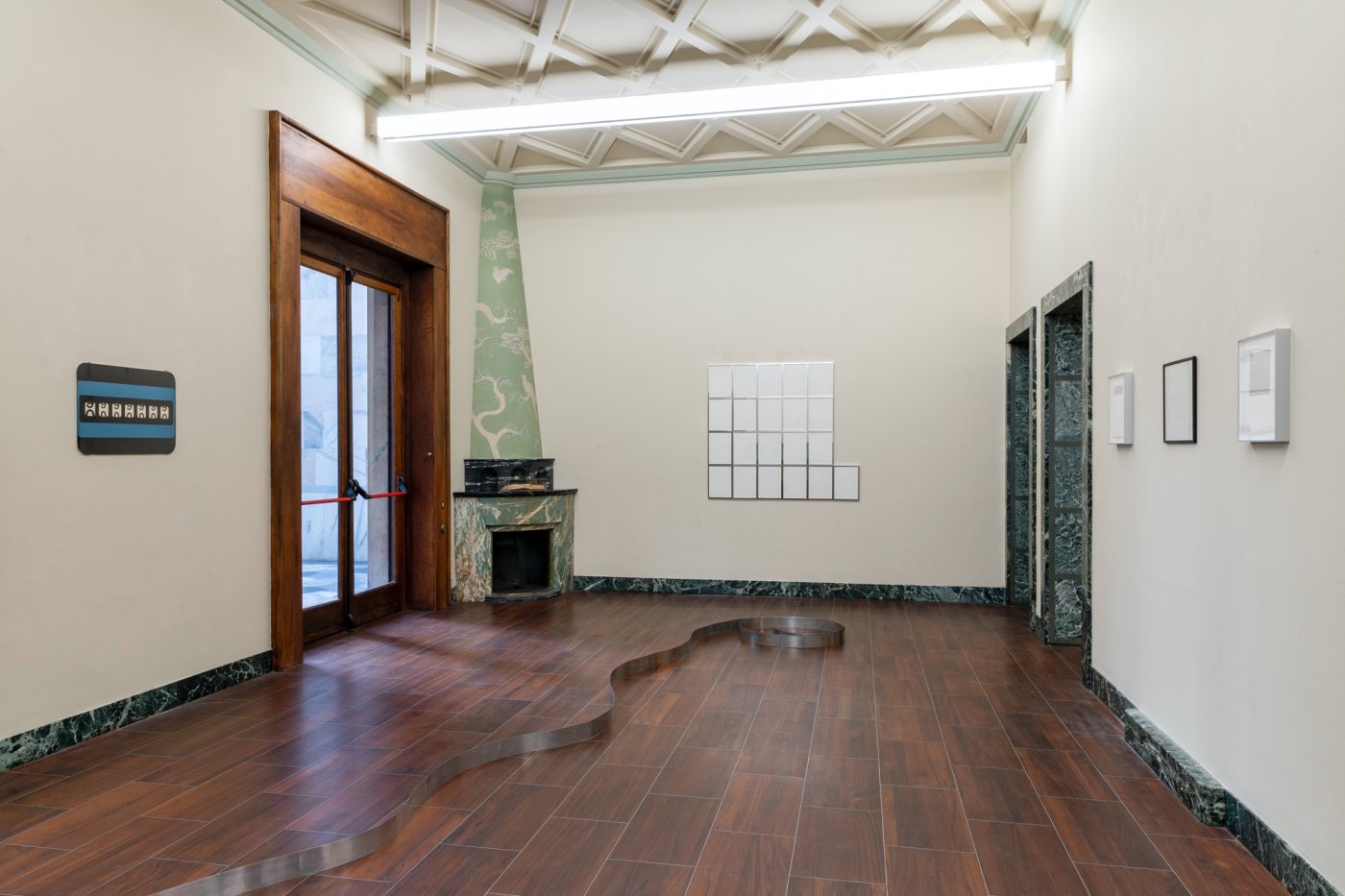 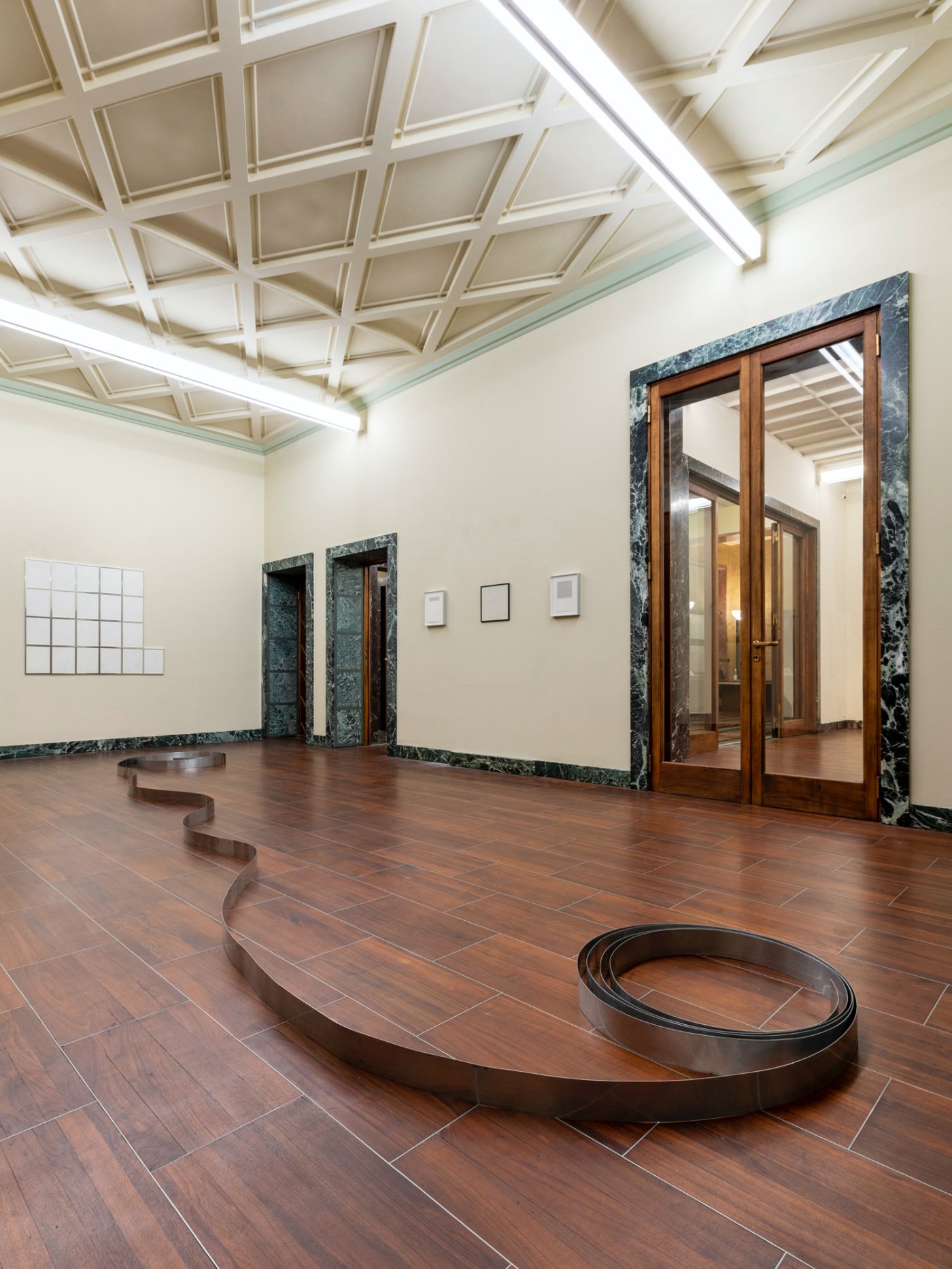 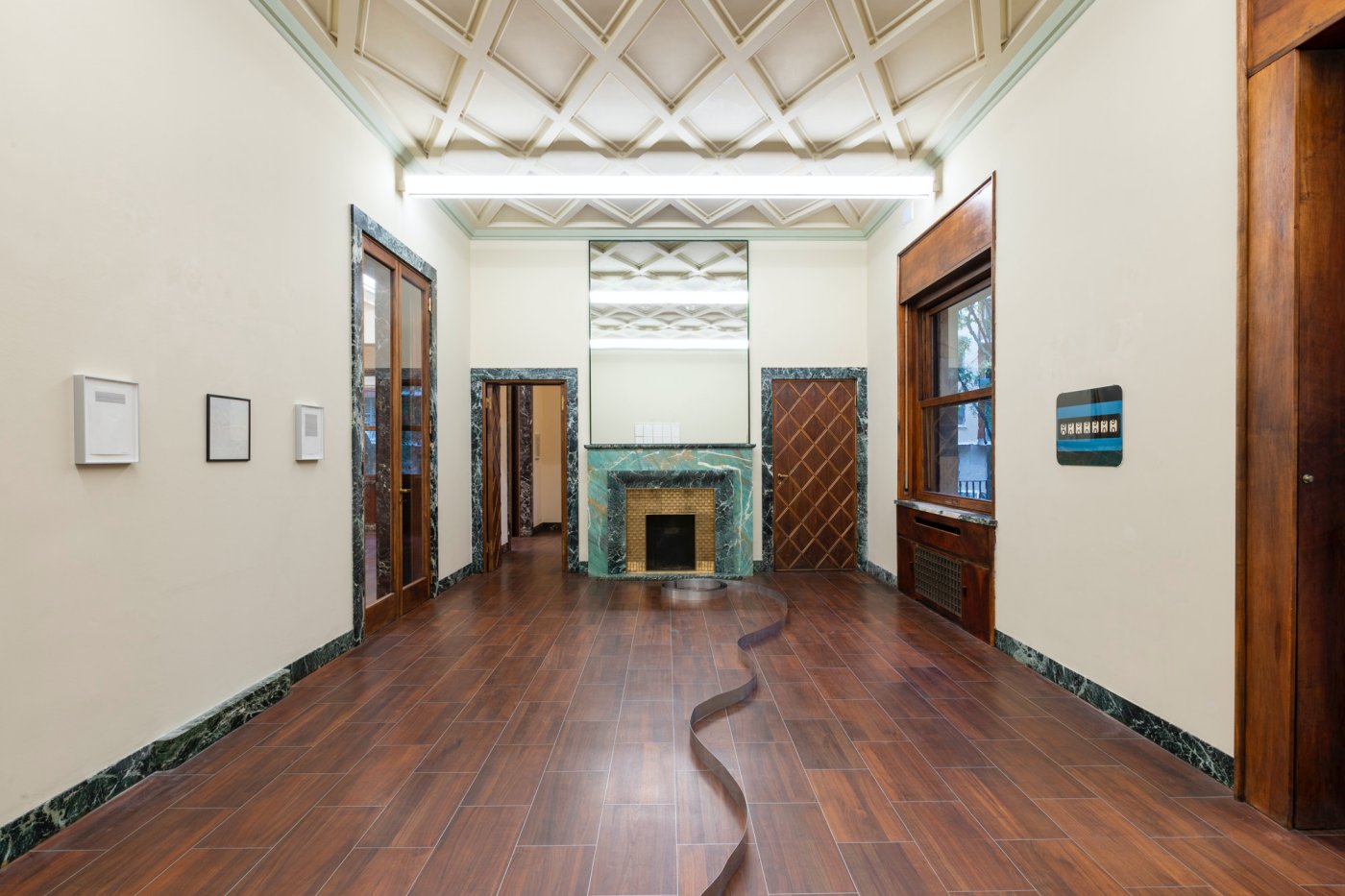 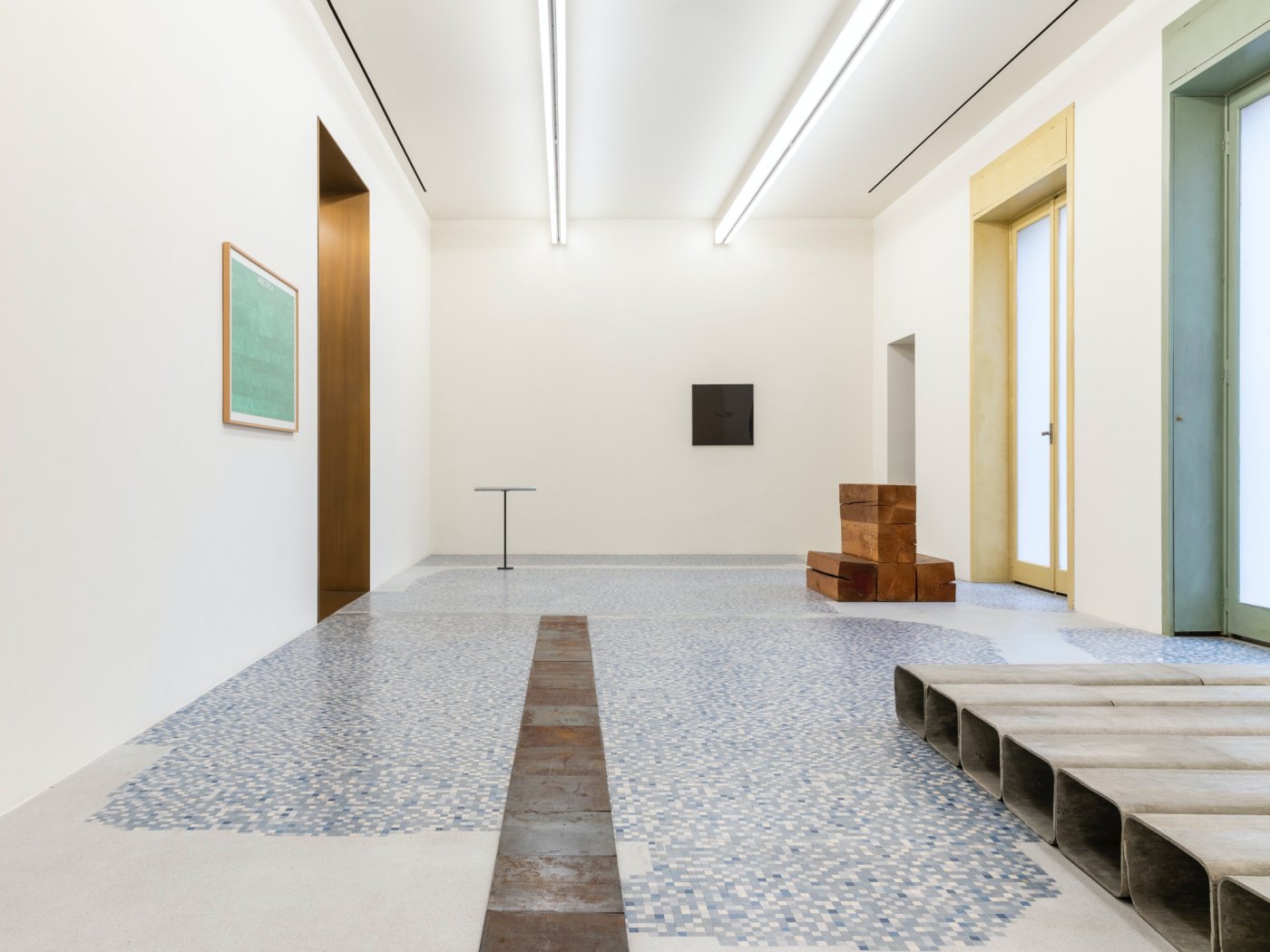 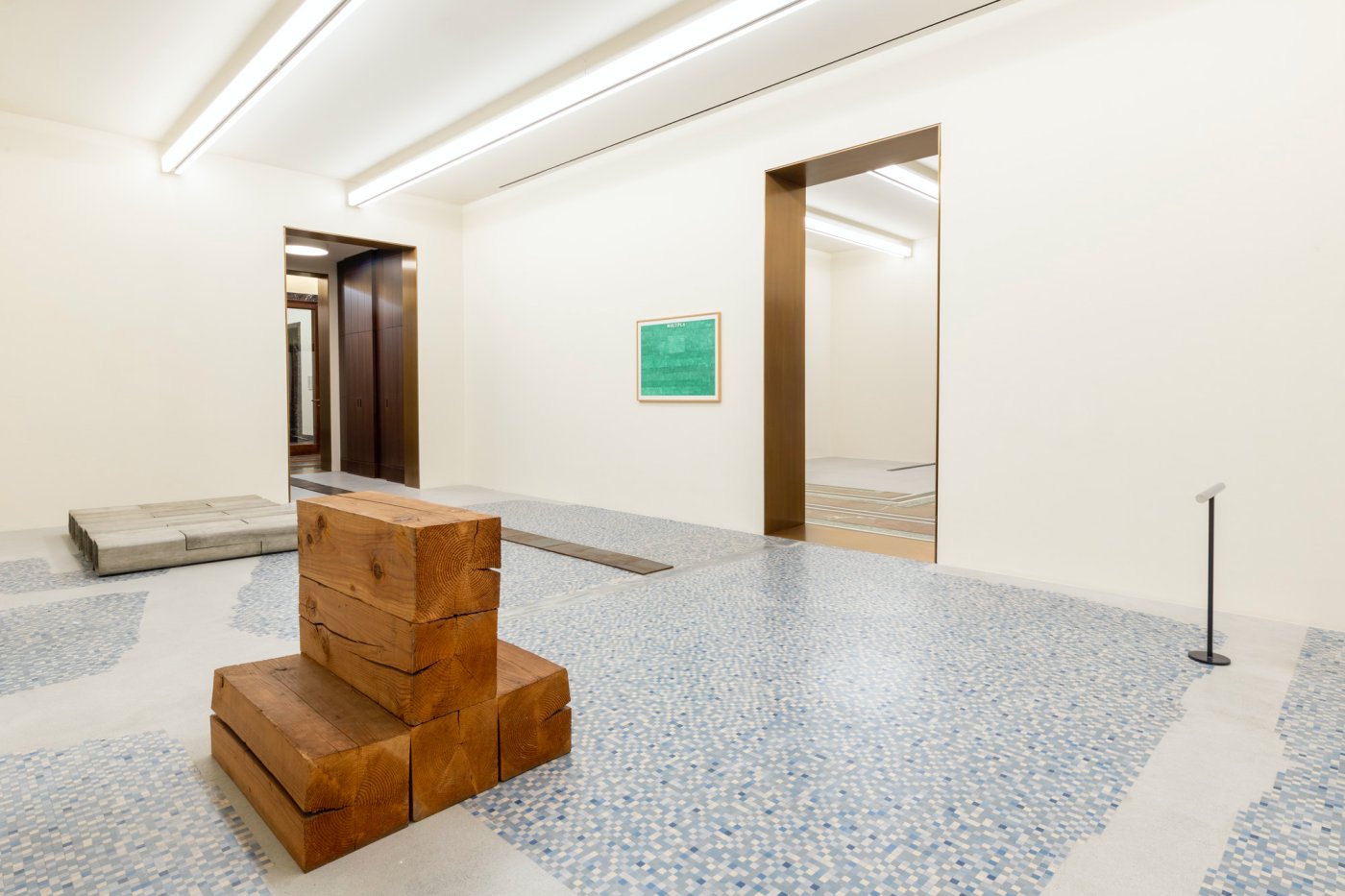 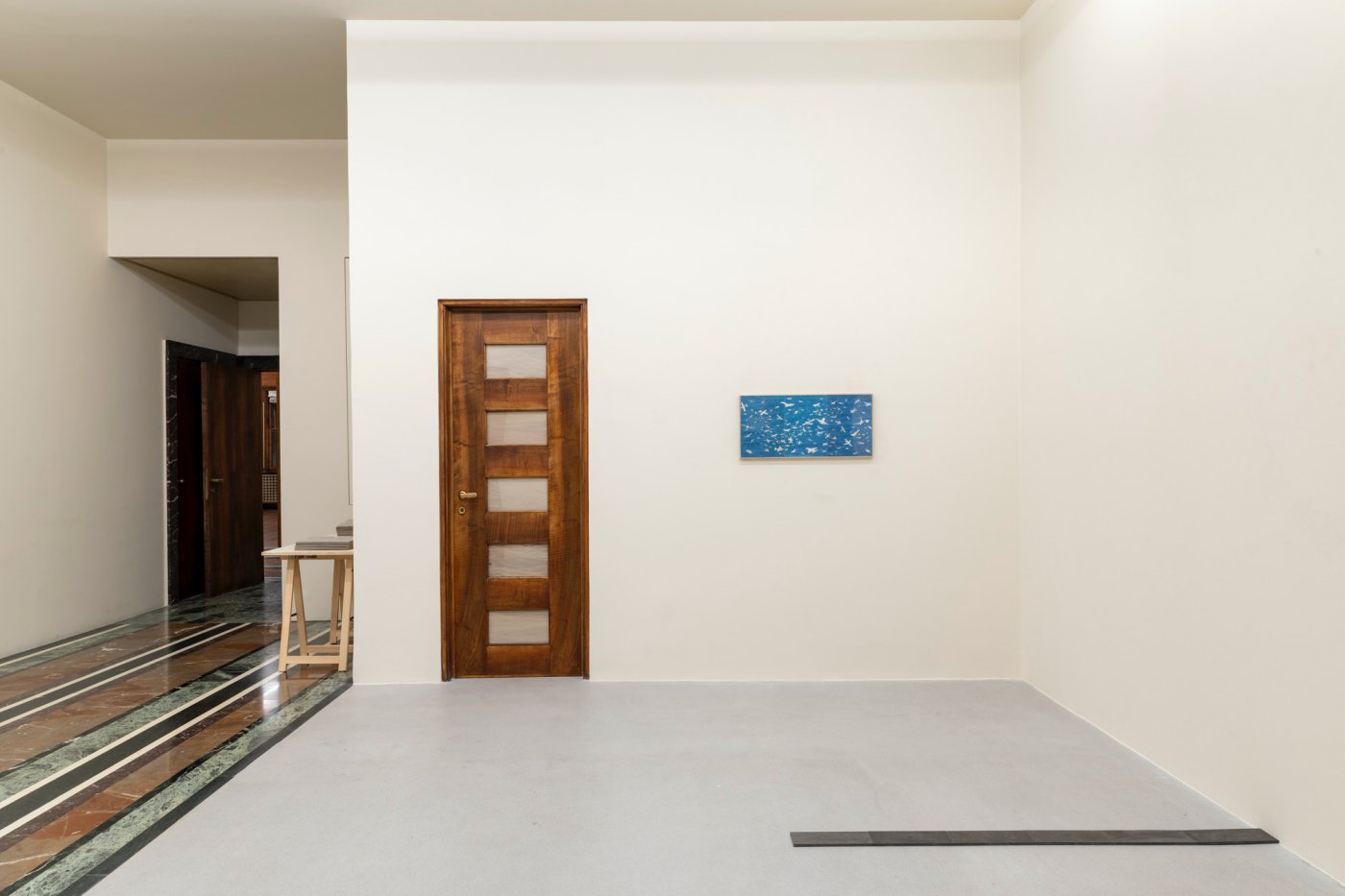 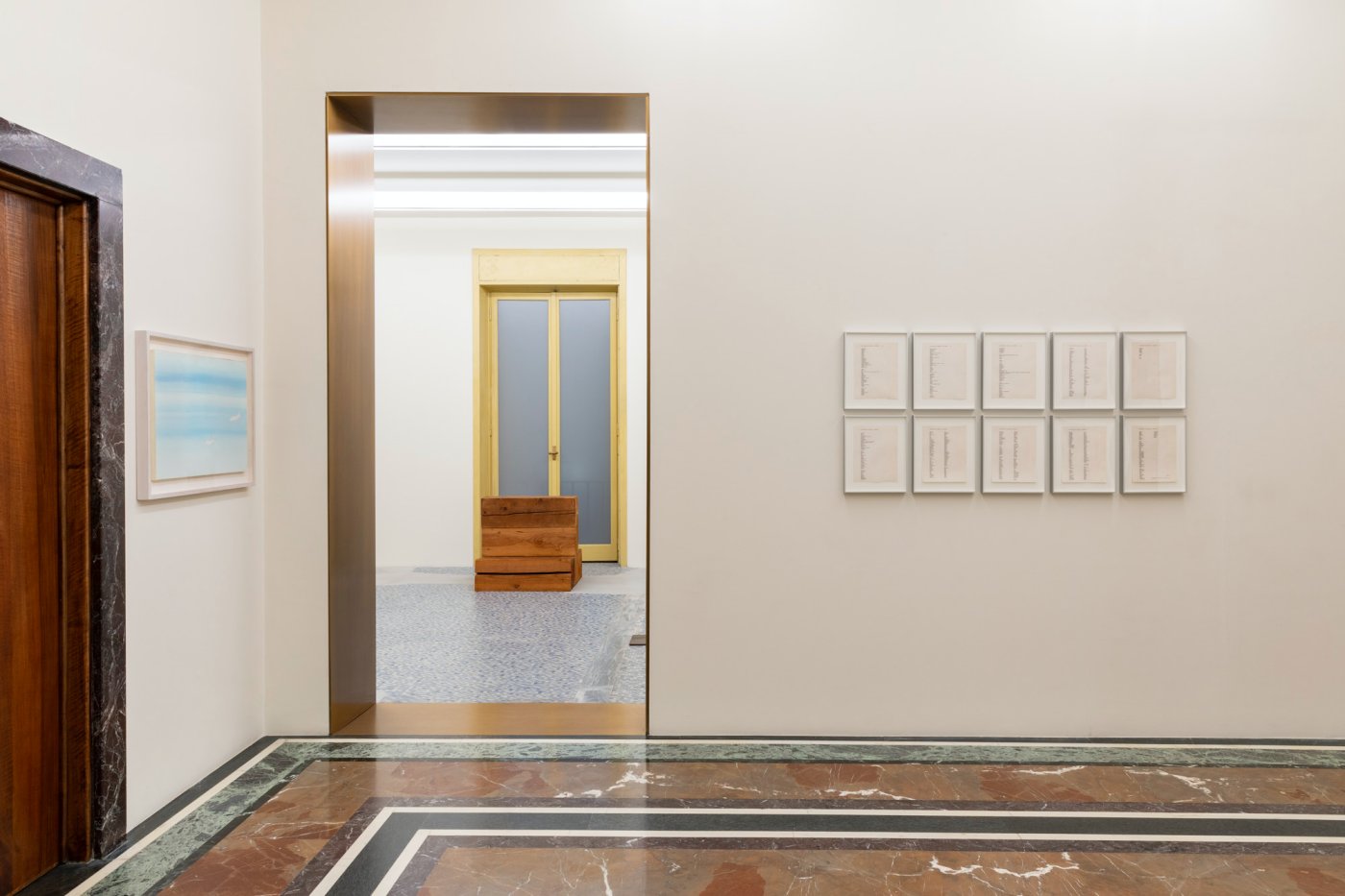 The exhibition focus on affinities and contrasts in Carl Andre and Alighiero Boetti’s practice during the renewal of the artistic language which arose in America and Europe between the 1960s and 1970s, and presents a selection of the most significant artworks in each artist’s first twenty years of production. The show is curated by Bettina Della Casa.

Chess Game – a title that evokes the shared passion for the chessboard, the module of the square and the Dame (Draughts)- examines Carl Andre and Alighiero Boetti’s common interest for the language and the alphabet as a set of ordered or random units which create complex visual universes. For both the artists, the elementary modules are activated in geometric combinations on the white page as in the environment: Andre and Boetti create sculptures and floor installations which declare their physical presence without any symbolic implication and in complete accordance with the pre-existing material. Among the exhibited artworks, Boetti’s fiber cement work titled Eternit (pavimento) from 1967, establishes a dialogue with Andre’s red cedar sculpture Strake (1960); the steel artwork titled Mancorrente (1966) by the Italian artist faces the American’s 13 copper triode (1975). Or, for example, Contatore (1967) by Alighiero deals with Carl’s 000000000000000000000000000000000000000000000000000000000000, a typewriter carbon on paper dated 1958-1963, just to mention two-dimensional early works by both artists.

Chess Game features early works by Carl Andre, works on paper – mostly typewritten verses dated between 1958 and 1963,
composed on a manual typewriter, that can be read both as verses and appreciated as visual compositions. The works on paper
anticipated some aesthetic and conceptual intuitions that will have characterized Andre’s entire production, such as the reiterated
repetition and the use of a pre-existing module. Indeed, the artist claims to cut texts like wood or to hit the keys of the typewriter like a hammer on paper. In 1975 Carl Andre stated: “My interest in elements or particles in sculpture is paralleled by my interest in word as particles of language” (3). In this dynamic between two-dimensionality and three-dimensionality, from visual poetry to sculpture, Chess Game is the occasion to admire for the first-time modular floor installations made of different materials such as steel, copper, aluminium, and wood exhibited within the extraordinary rationalist spaces of Casa Corbellini-Wasserman.

Through the exhibition, the dialogue between Boetti’s conceptual perspective and the minimal perspective of Andre proceeds on two parallel planes: that of two-dimensional works and that of sculptures. Within the context of the Arte Povera movement, Boetti began experimenting with unconventional materials and in 1967 he had his first solo show at Stein Gallery in Turin (some of those works exhibited are included in this show). Since then, Boetti’s entire practice is characterized by an inexhaustible and boundless variety of media and techniques and, at the same time, by a constant consistency in the conception of reality and art. The exhibition also shows how, starting from the mid-1970s, the artist began exploring order and disorder, reality’s phenomena in order to define a system of rules and laws that determinates the configuration of the work on two-dimensional surfaces.

The choice to stage a dialogue among Andre and Boetti ‘s work could not have found a more spectacular theatre than Casa Corbellini-Wassermann, built between 1934 and 1936 by the iconic Milanese architect Piero Portaluppi, The once domestic space is characterized by a non-linear sequence of rooms and a careful use of precious materials such as marbles, wood and metal alloys with a very refined attention to detail. The combination of rationalist suggestions with an obsessive precision reveals to be the perfect place to host a Chess Game between Carl Andre and Alighiero Boetti.

Bettina Della Casa, Director of Giulio and Anna Paolini Foundation in Turin since 2019, has been collaborating with the artist since 1996. She also works as free-lance curator; from 1999 to 2018, she has been curator at MASI (Museo d’Arte della Svizzera Italiana), in Lugano, Switzerland. In 2019, she co-curated with Saretto Cincinelli the exhibiton Joint is out of Time at Galleria Nazionale d’Arte Moderna (GNAM) in Rome.