Camilo Restrepo: The Other Names

Camilo Restrepo: The Other Names

Steve Turner presents The Other Names, a solo exhibition by Medellín-based Camilo Restrepo featuring 503 portrait drawings of those who were mentioned by their “other names” (the aliases that Colombian criminals assume), in El Tiempo, one of the country’s largest newspapers. The 503 portraits encompass each and every alias that appeared in the newspaper during 2020, making the installation a one-year visual encyclopedia, a snapshot of the country’s violent criminal history. 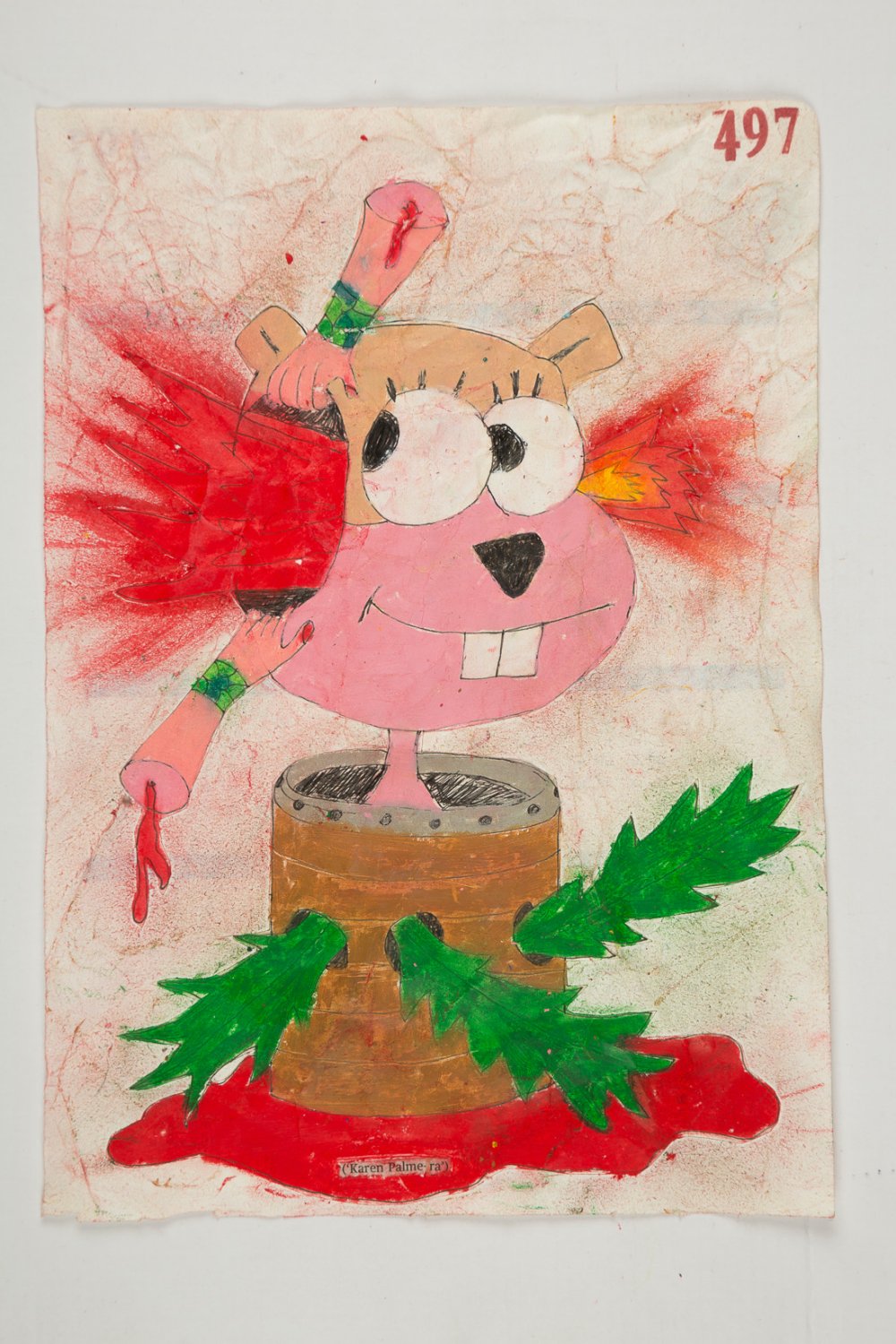 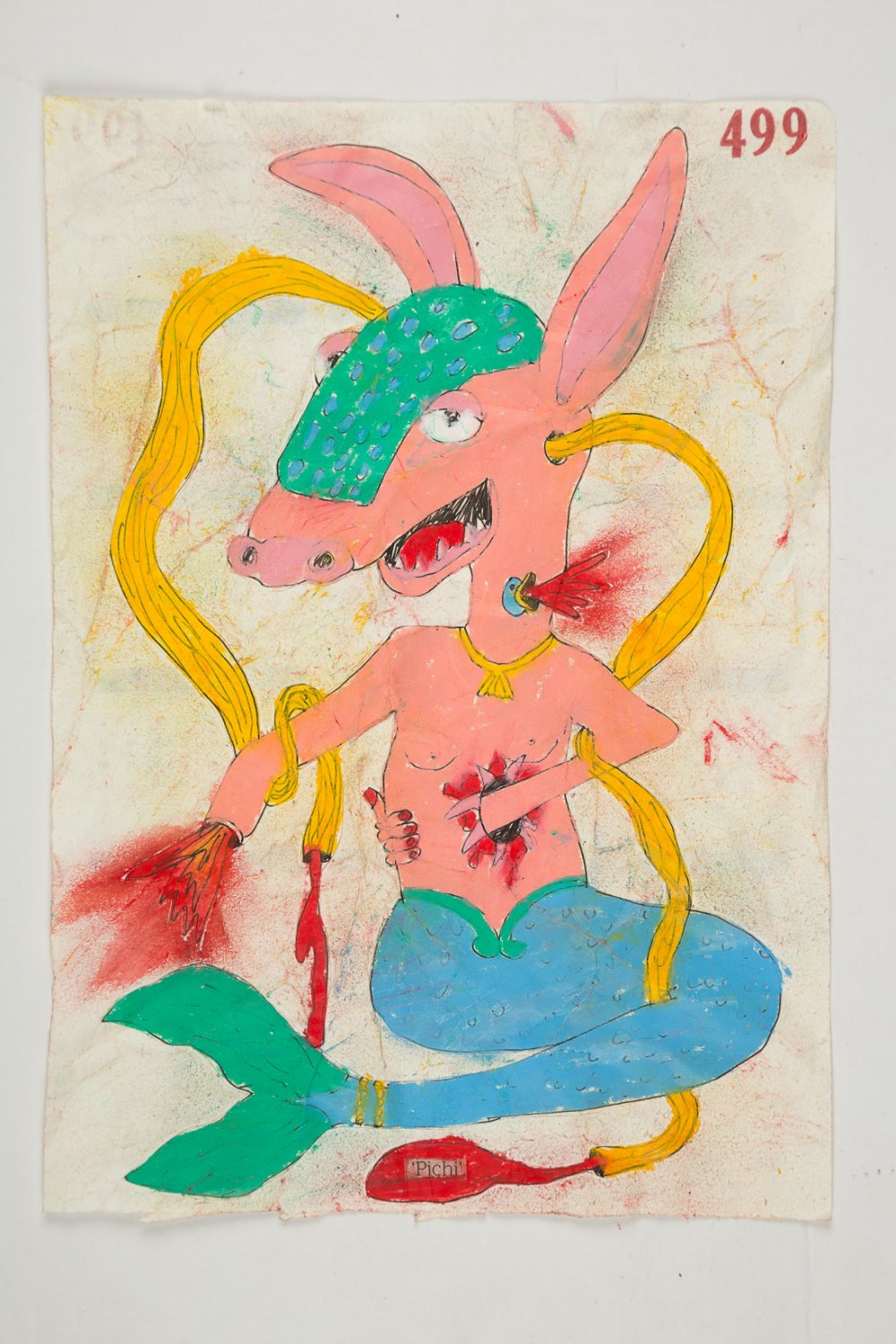 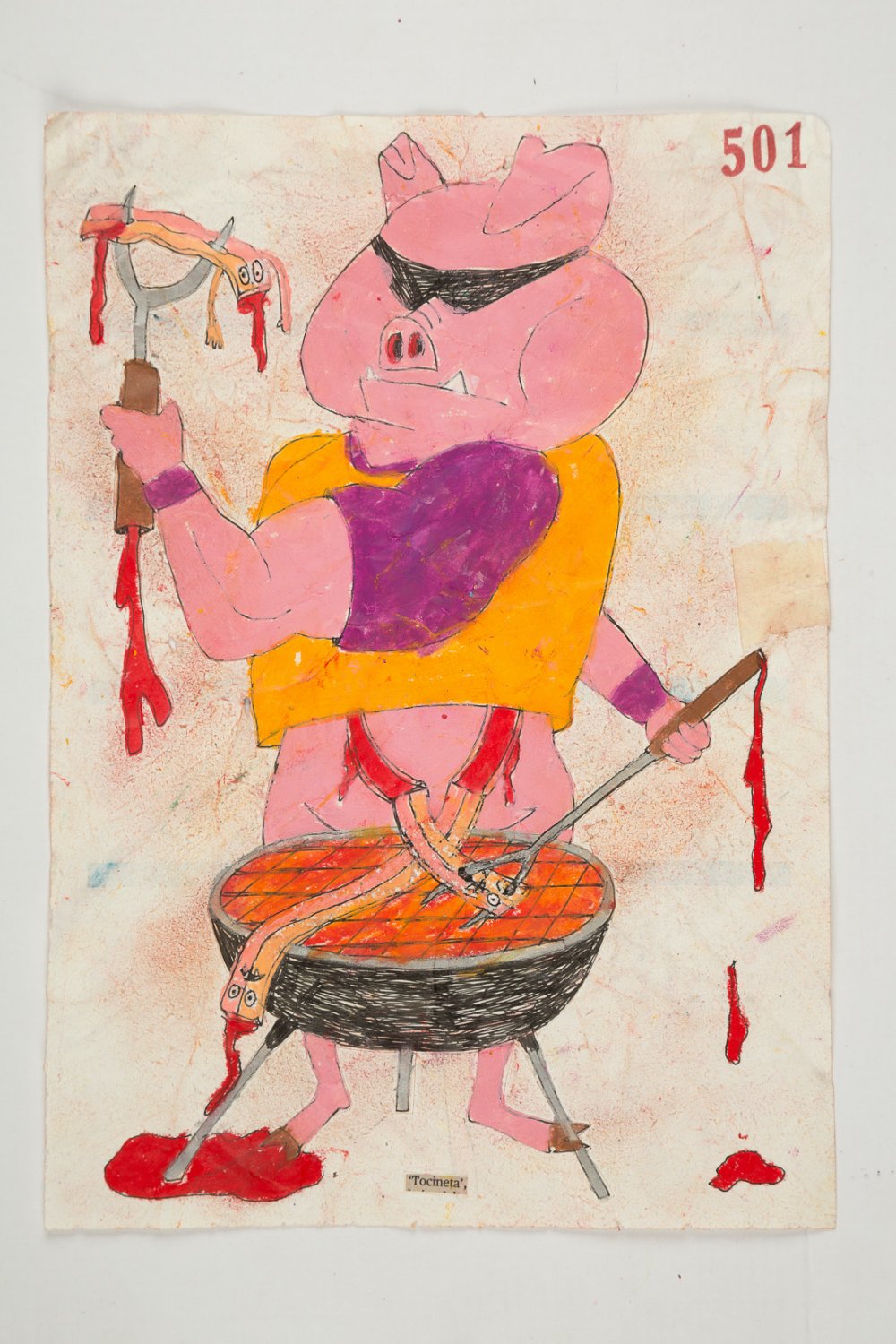 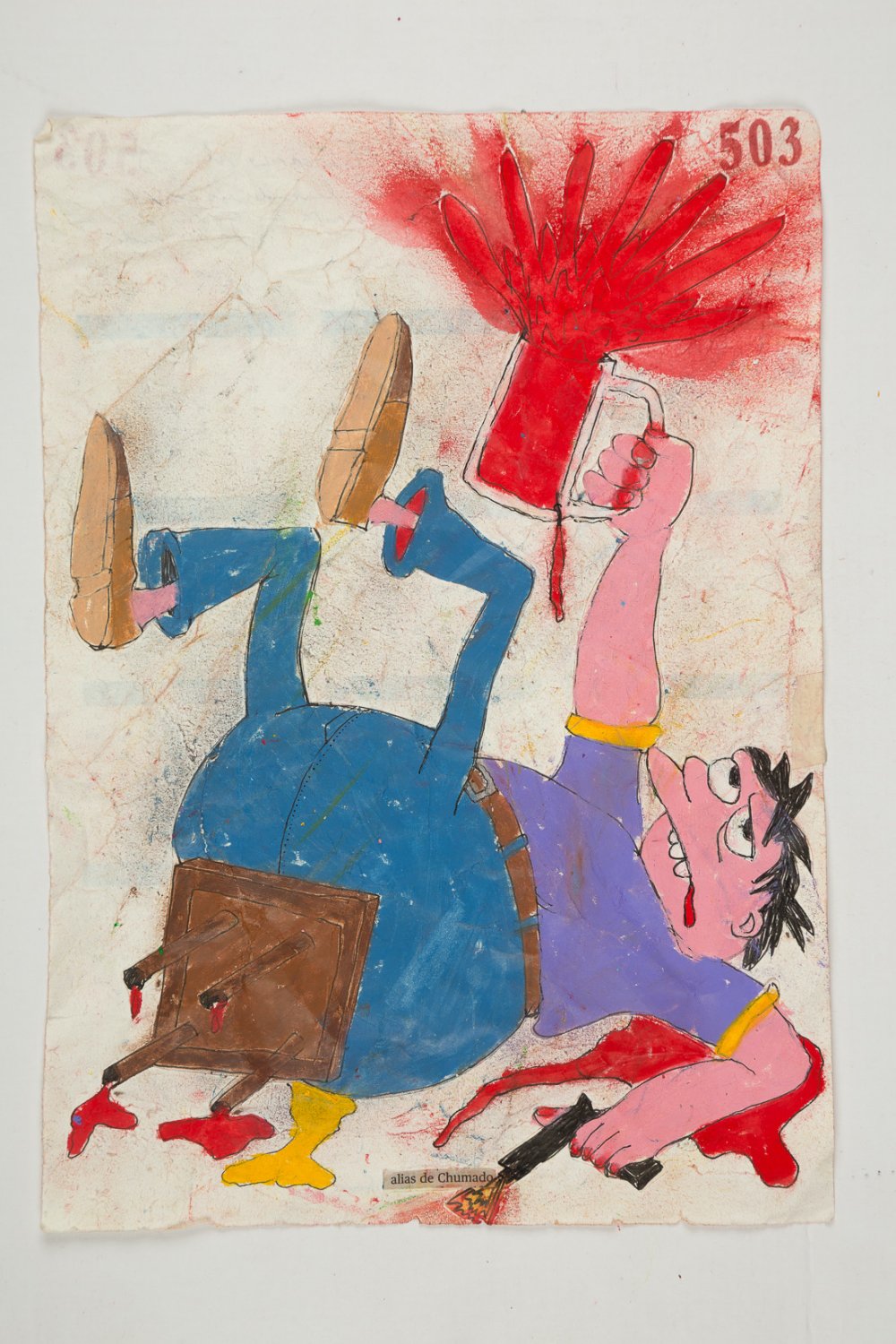 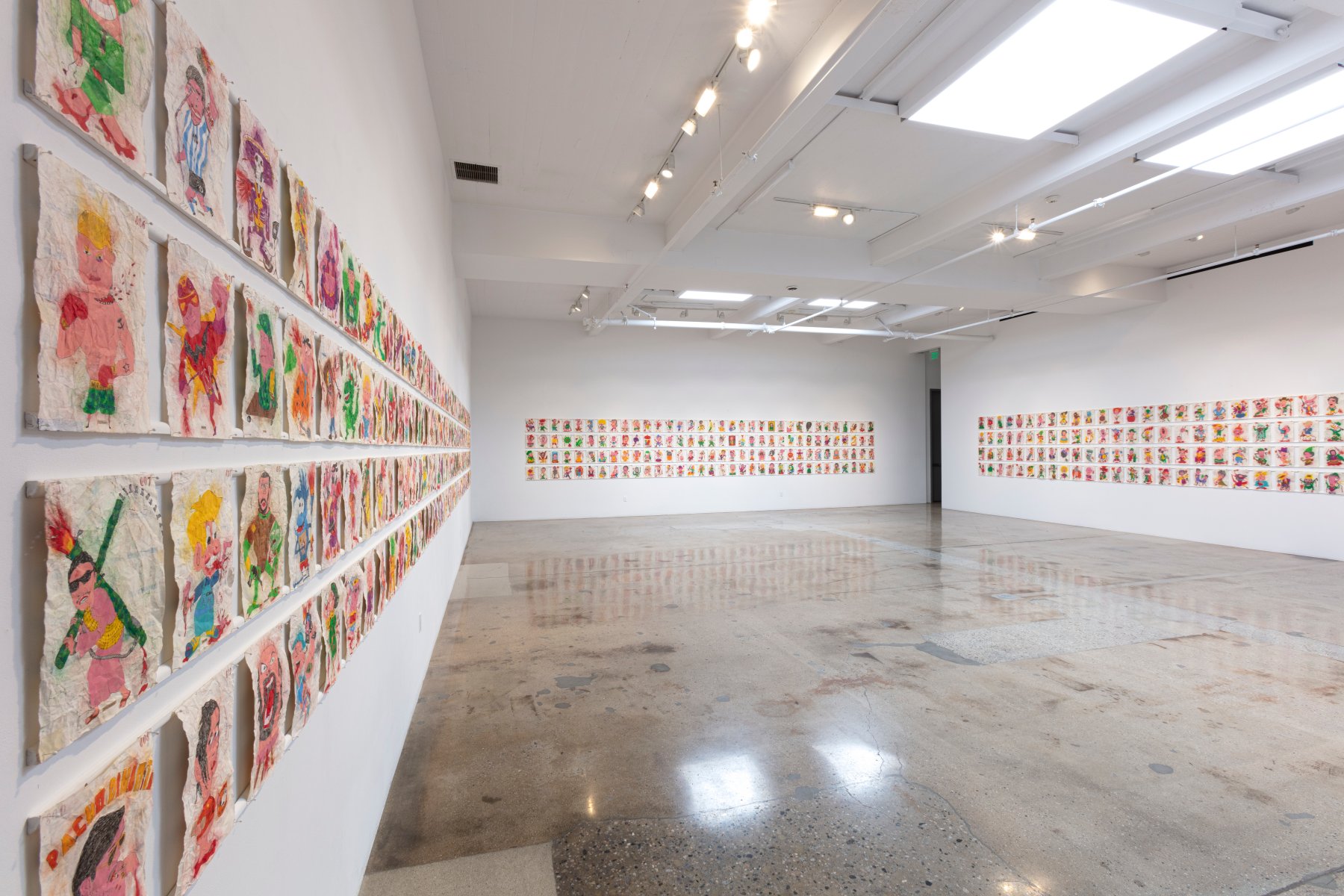 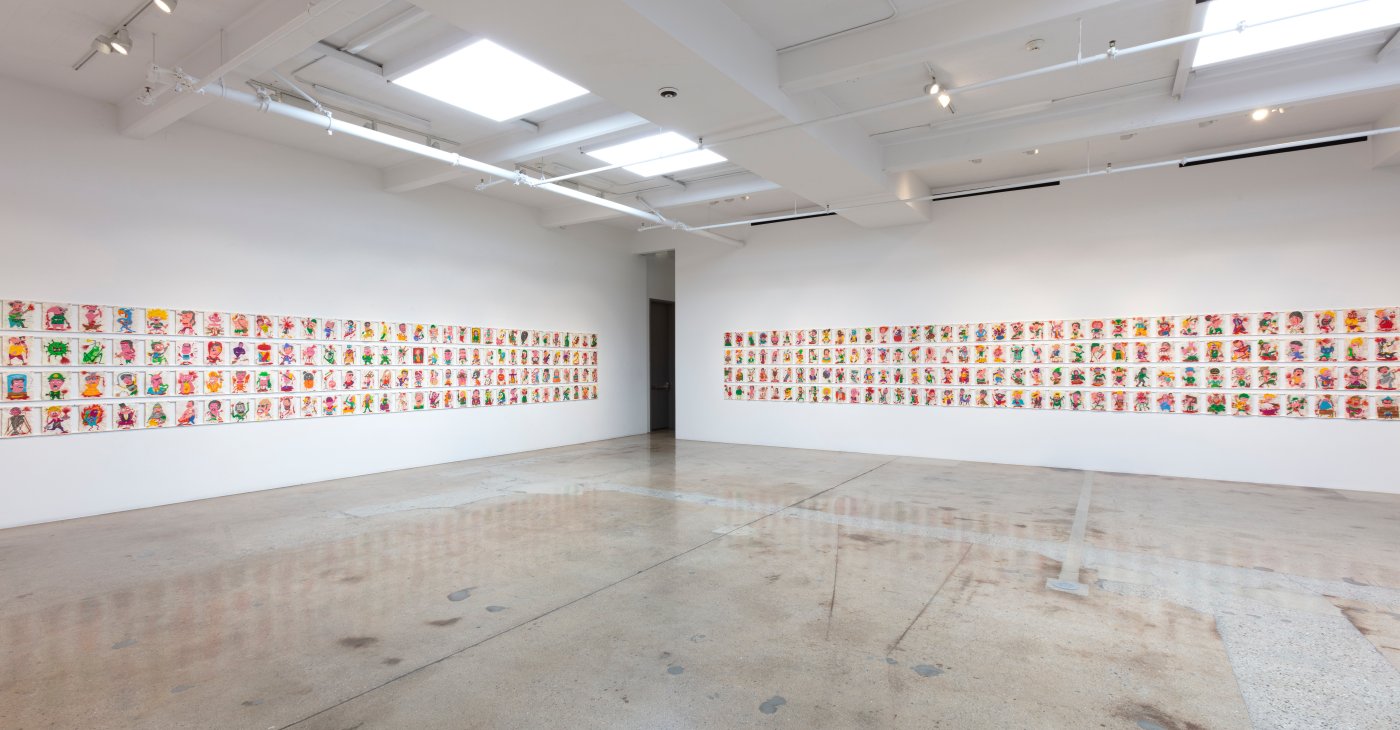 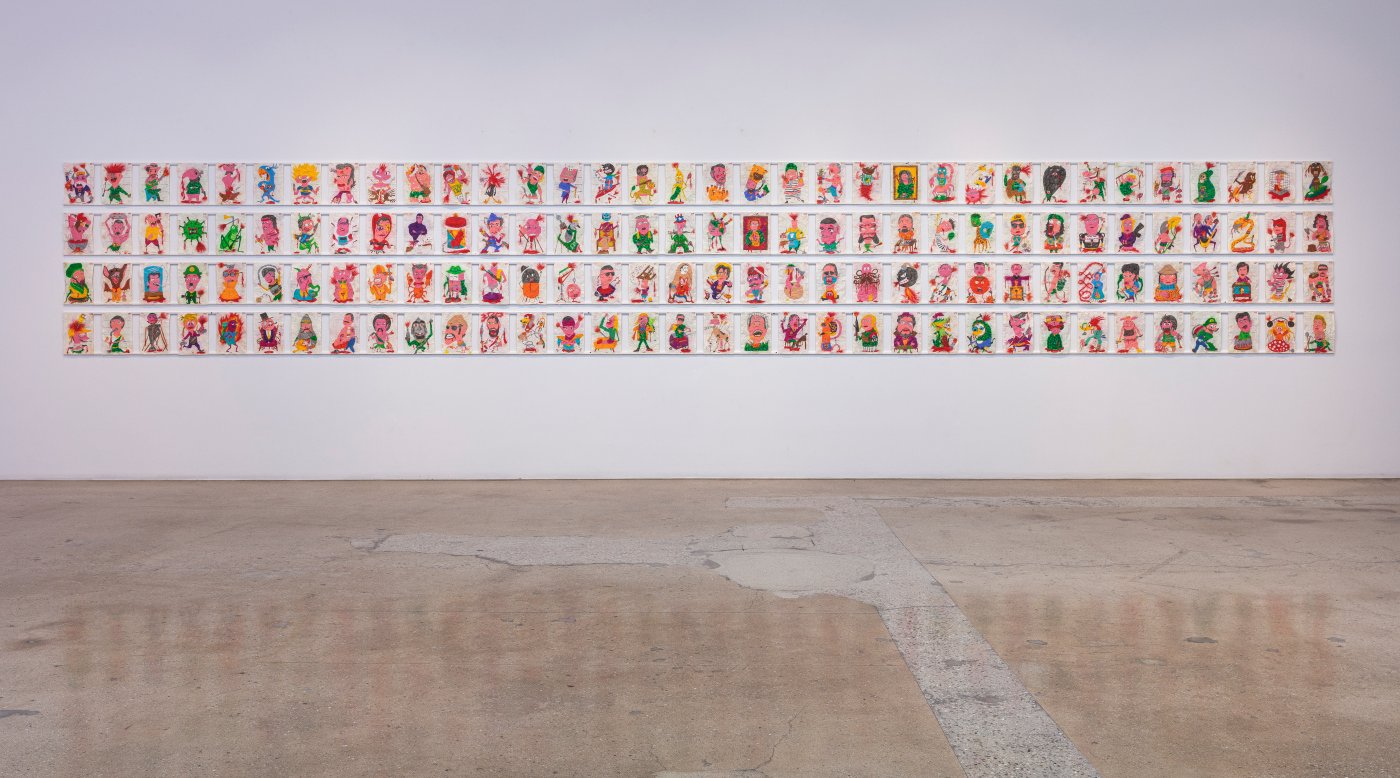 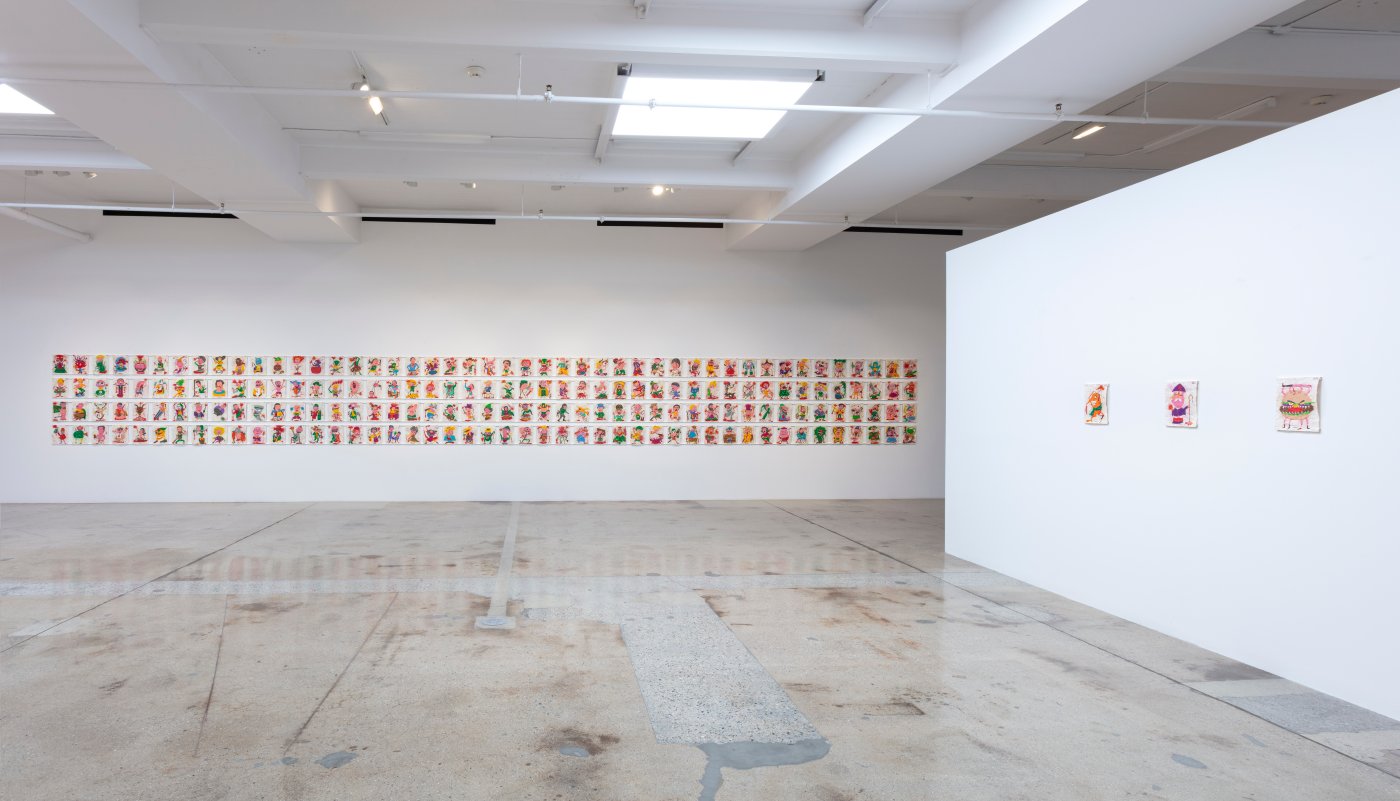 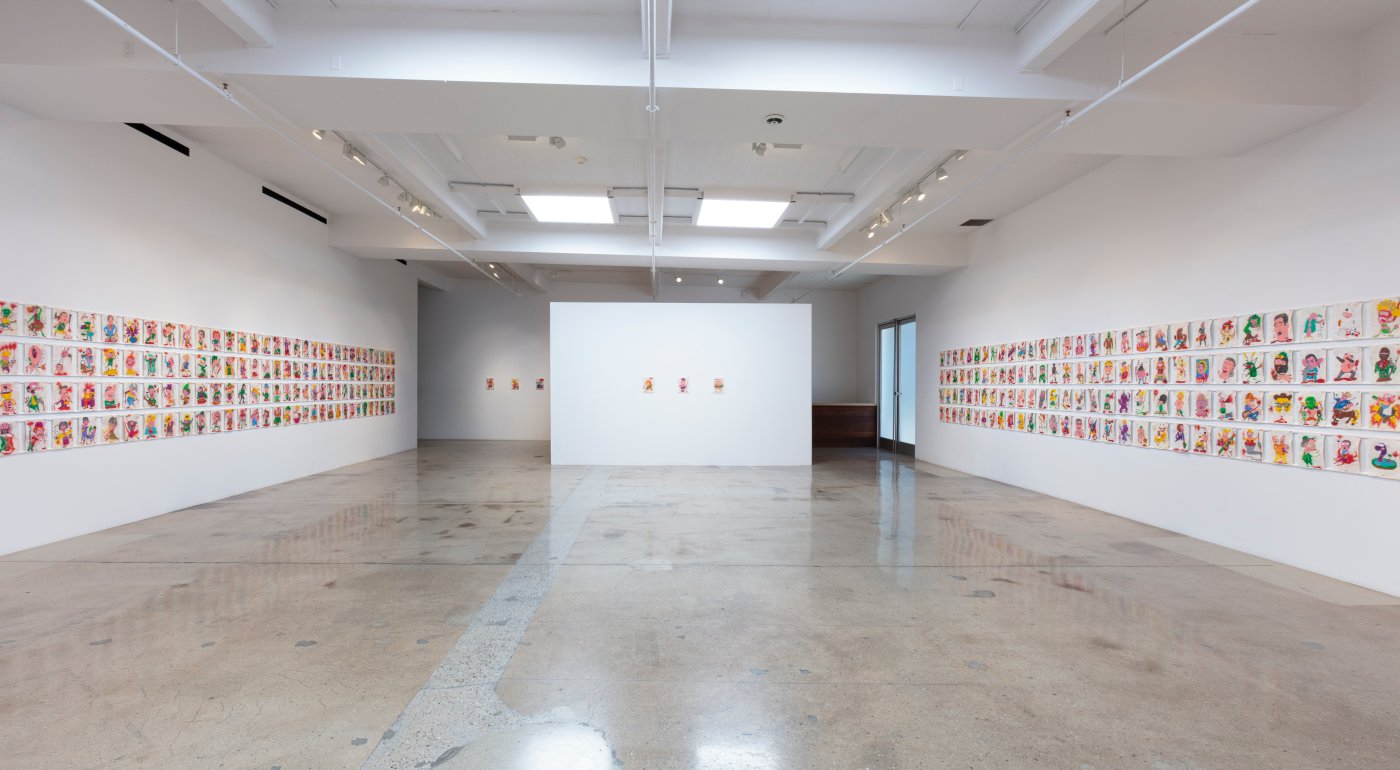 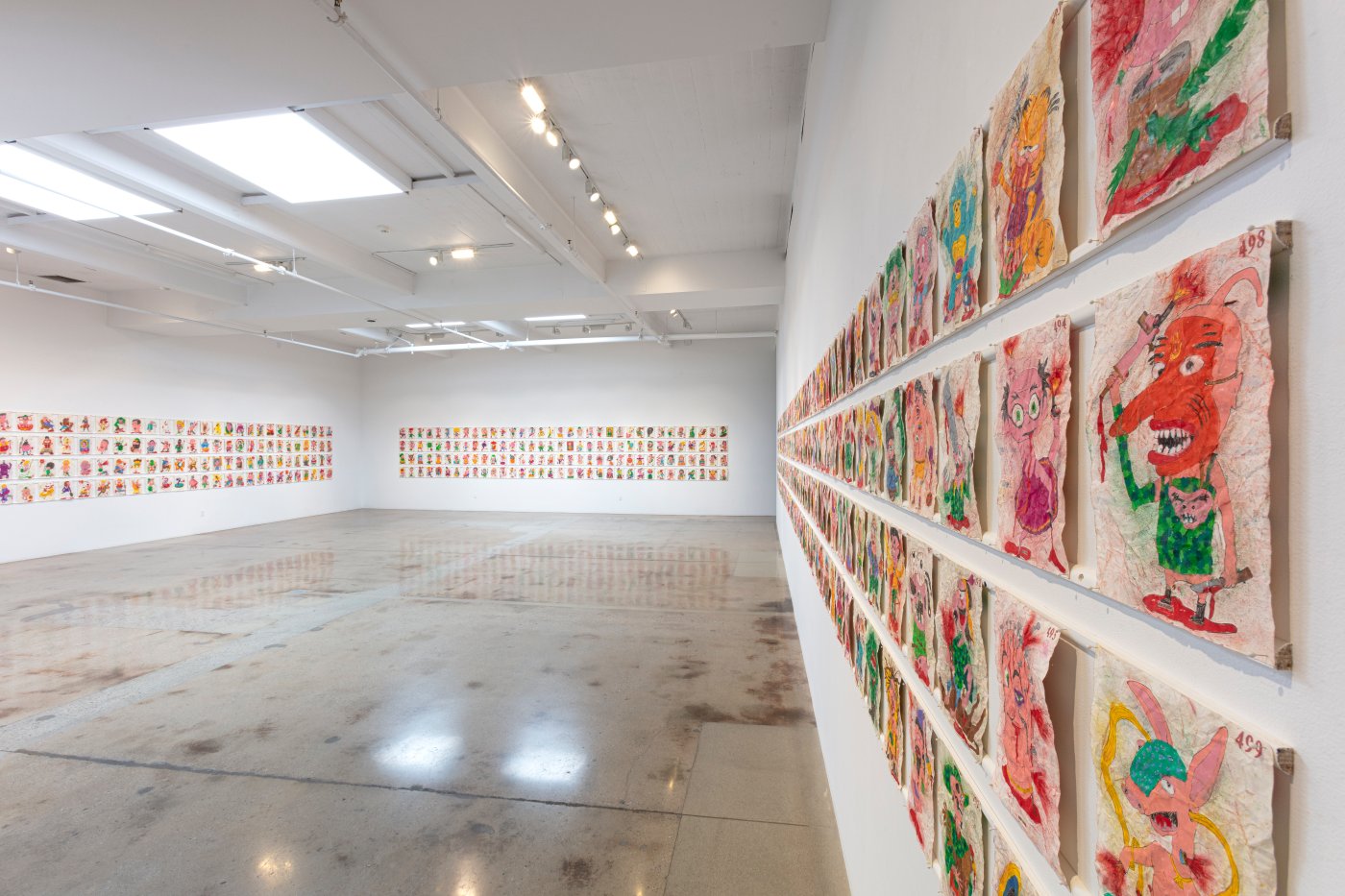 The drawings portray narcos, paramilitary and guerrilla group members, hitmen, blackmailers, gang members, corrupt politicians and isolated petty criminals. Each drawing also includes the collaged actual newspaper clipping that was the starting point for each work—Restrepo incorporates this text into his images by combining and modifying Google images along with common knowledge and myth, creating a vast array of the avatars of Colombia’s pop-culture criminal underworld.

In addition, Restrepo printed a 2020 calendar on the reverse of each sheet upon which he marked all the days in which the individual alias appeared in the newspaper. Some aliases appeared but once, others were more frequent, and one character appeared a record 78 times. He also added a handwritten biography and a color- coded chart that describes each character’s criminal category. To make some of this information show through to the other side, Restrepo thinned the white paper background. In doing so, he conflates his cartoonish portraits with bare facts to highlight the absurdity of Colombia’s complicated past, much of which has been white-washed and glamourized.

Camilo Restrepo (born 1973, Medellín, Colombia), earned an MFA from CalArts (2013) and a master’s degree in aesthetics from the National University of Colombia (2008). He has had solo or two-person exhibitions at Sala de Arte Suramericana, Medellín (2019); Steve Turner, Los Angeles (2013, 2014, 2015, 2017, 2019, 2020) and the Lux Art Institute, San Diego (2016). Restrepo was a recipient of the Fulbright Grant and was nominated for the Premio Luis Caballero, the most important prize in Colombia for artists over 35. A major monograph, Alias, was published in 2019 and Restrepo was featured in the 2021 Phaidon publication, Vitamin D3: Today’s Best in Contemporary Drawing. This is Restrepo’s seventh solo exhibition with Steve Turner.