i8 Gallery and OSL contemporary present a pure land, a solo exhibition by Callum Innes. The show comprises a group of fifty watercolours constituting a single, major work by the artist. a pure land is presented collaboratively by i8 and OSL; this marks the artist’s third show with each gallery. 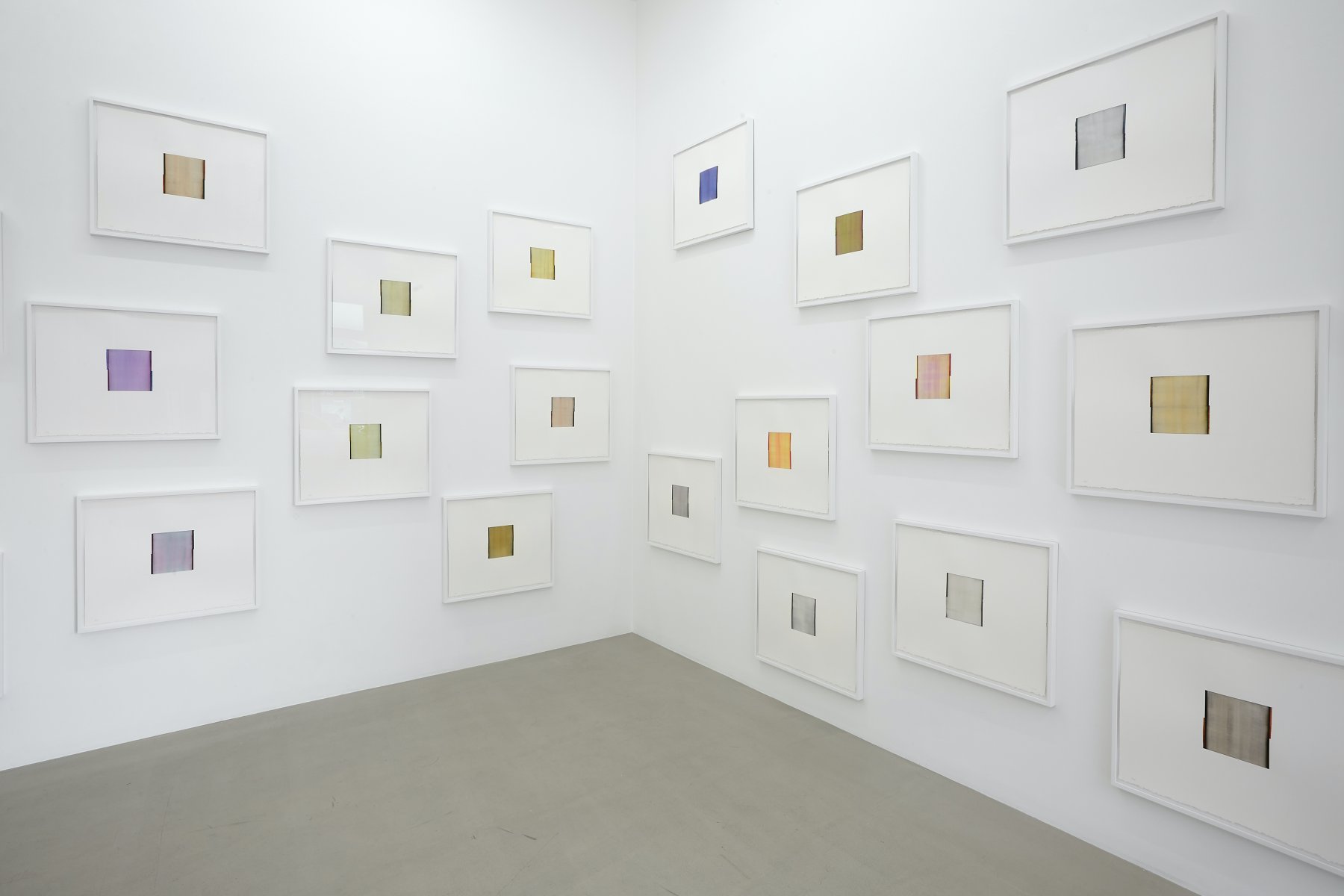 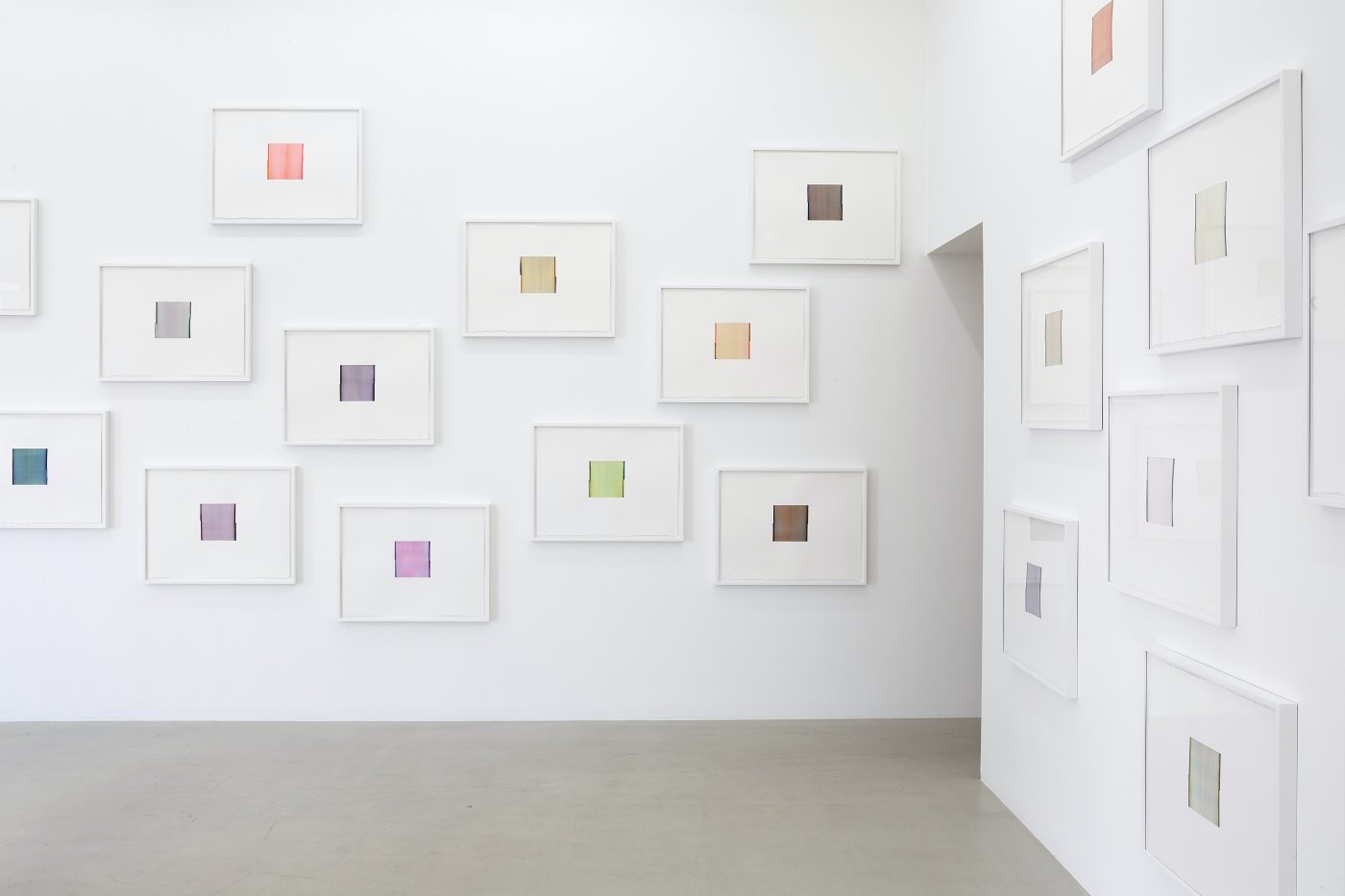 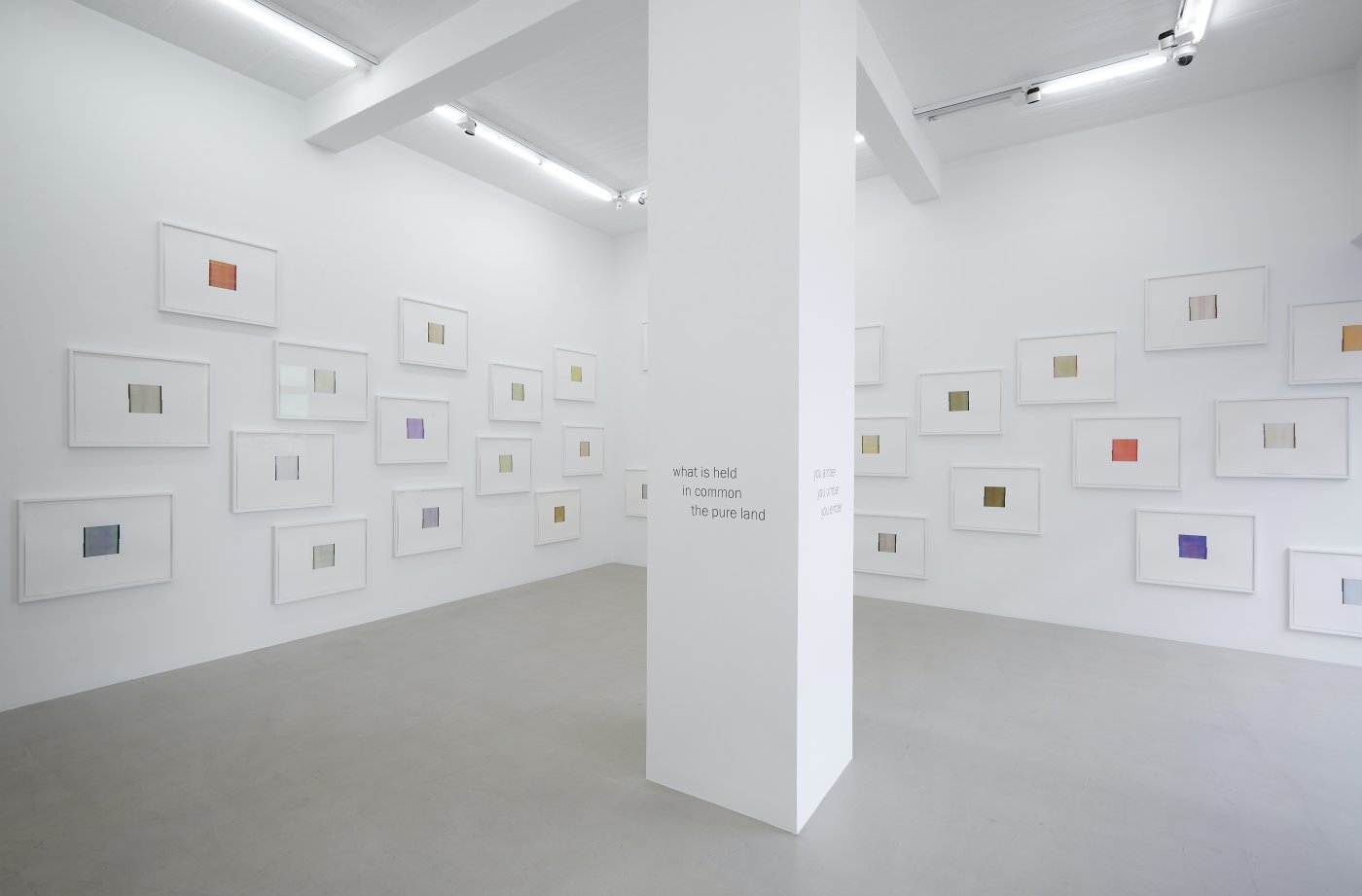 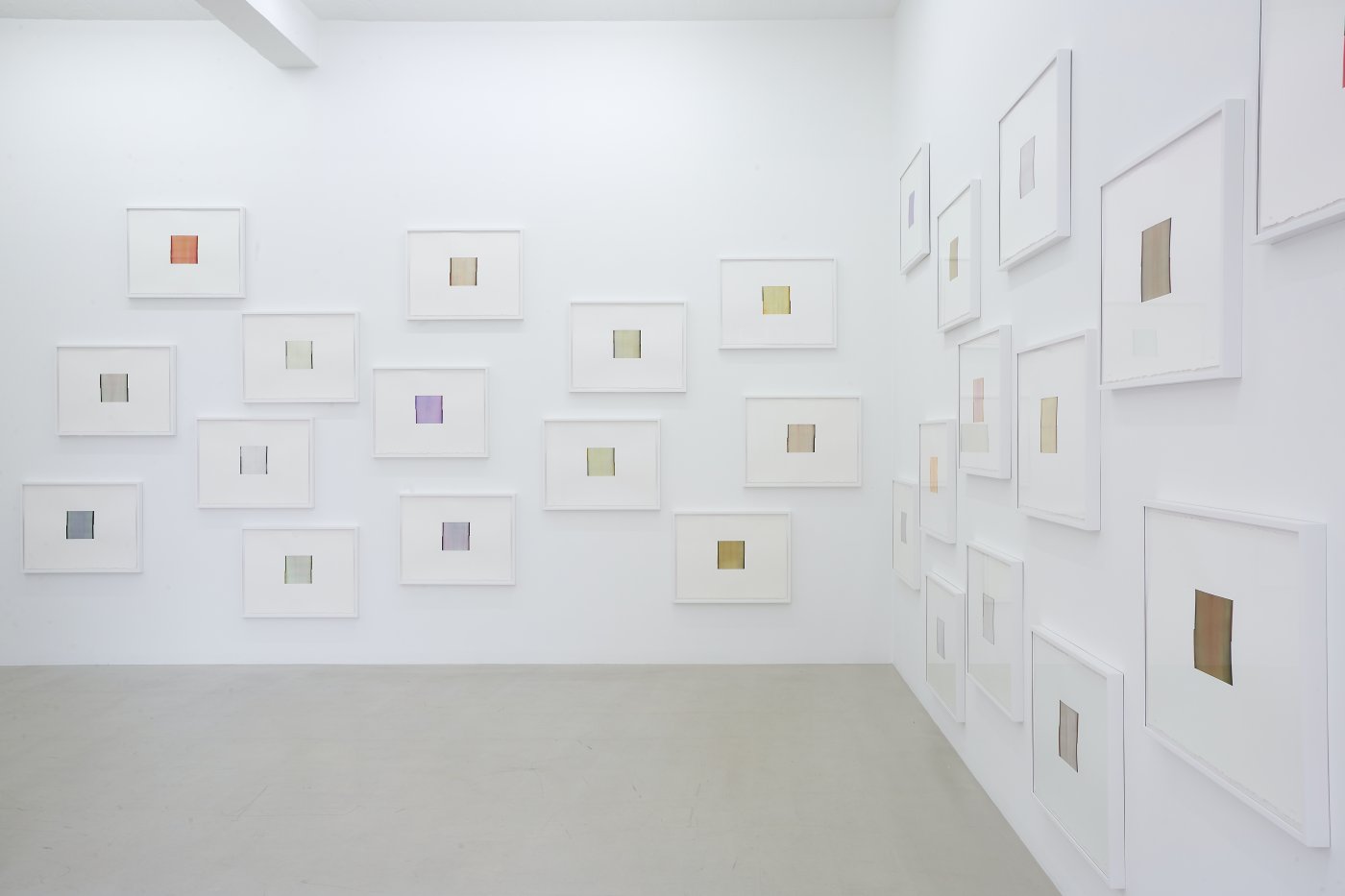 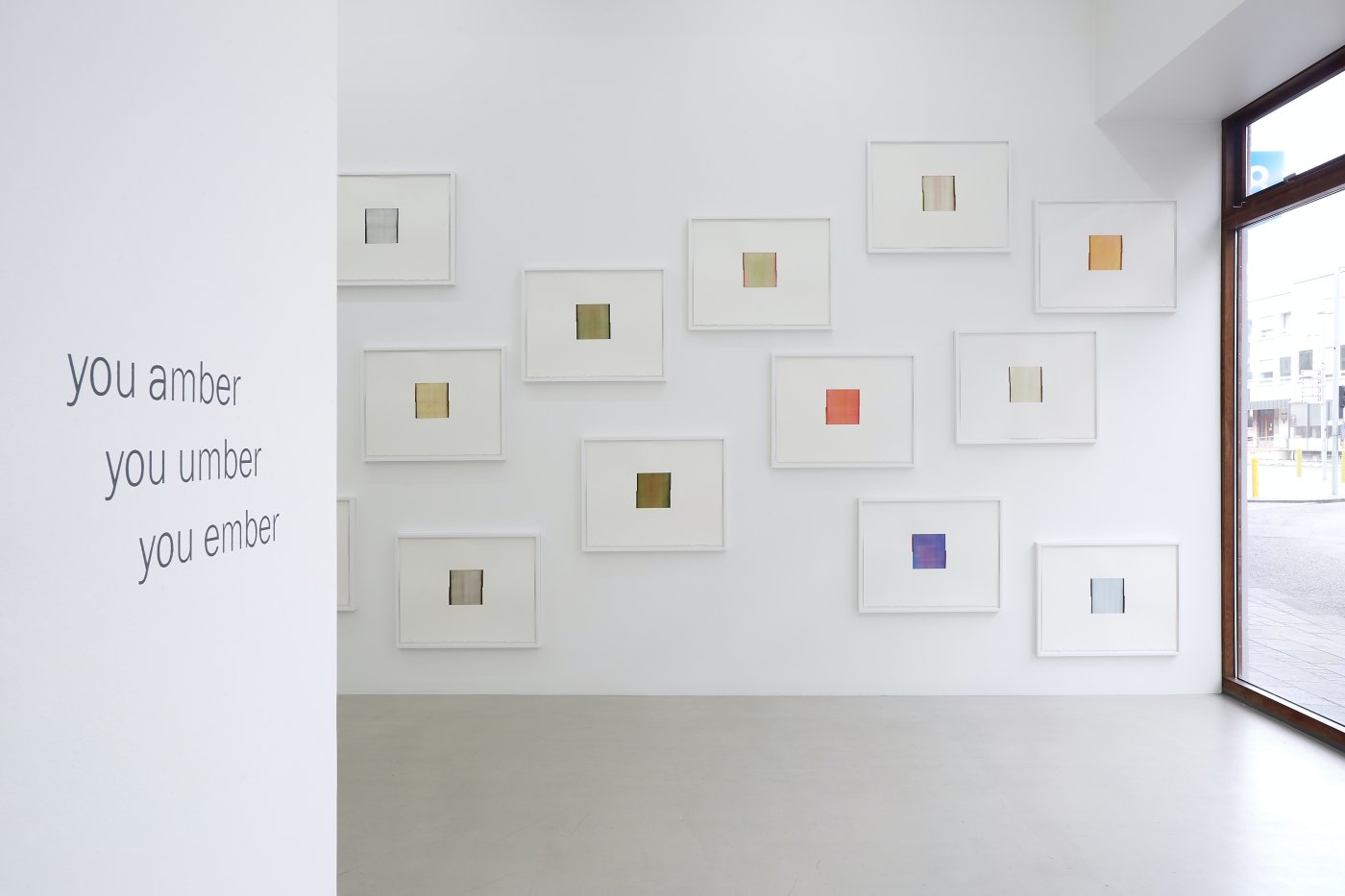 Watercolour has been an integral part of Innes’s practice for several decades, and the artist cites its luminosity as the reason he continually returns to the medium. Innes eschews the looseness and quickness often inherent to watercolour, instead relying on his methodic style of painting to explore the possibilities of colour and form. As is common for the artist, these works possess a harmony between simplicity and complexity, as well as control and chance.

In creating the watercolours, Innes delineates a rectangular area on white paper and applies a single colour using a wide brush. As that dries, he adds a second colour over the first, then begins a process of removing and applying pigment from the composition. The resulting work is largely monochromatic, yet there are subtle gradations between the hues and remnants of the artist’s brushstrokes. Bold, off-register edges reveal the original two colours Innes used and offer a glimpse into the transformation as pigment was added and subtracted.

Innes made these fifty watercolours in his Oslo studio, where he has been working since early 2020, and this is the second-ever group to be designated as a single work. When viewed collectively, the variations in combinations highlight the complexity and depth of exploration within the series. The delicate subtleties possible with this medium, such as bleeding edges and veiled colours, invite intimate viewing, and the artist’s rigorous study of light and colour is particularly powerful when experienced en masse. A publication, also titled a pure land, was published in February in conjunction with the exhibitions. The book includes reproductions of the fifty watercolours, and features a new poem by Thomas A. Clark, which was written in response to Innes’s works.

Callum Innes (born 1962, Edinburgh) is among the most significant abstract painters of his generation. His work can be found in major public collections worldwide, including that of The Albright- Knox Art Gallery, Buffalo; Art Gallery of Ontario, Toronto; Centre Pompidou, Paris; Deutsche Bank Art Collection, Frankfurt; Kunstmuseum Bern; The Modern Art Museum, Fort Worth; The National Gallery of Australia, Canberra; National Galleries of Scotland, Edinburgh; San Francisco Museum of Modern Art; The Solomon R. Guggenheim Museum, New York; and Tate Modern, London. Recent critically acclaimed museum exhibitions include In Position at Château La Coste in Aix-en-Provence (2018); I’ll Close My Eyes at De Pont Museum in Tilburg (2016); Callum Innes at the Whitworth Art Gallery in Manchester (2013); Callum Innes: Recent Work at the National Galleries of Scotland in Edinburgh (2010); and From Memory, which travelled throughout Europe and Australia (2008-09). Callum Innes lives and works between Edinburgh and Oslo.