Hauser & Wirth presents a solo exhibition of works by Alexander Calder for its second winter season in St. Moritz. 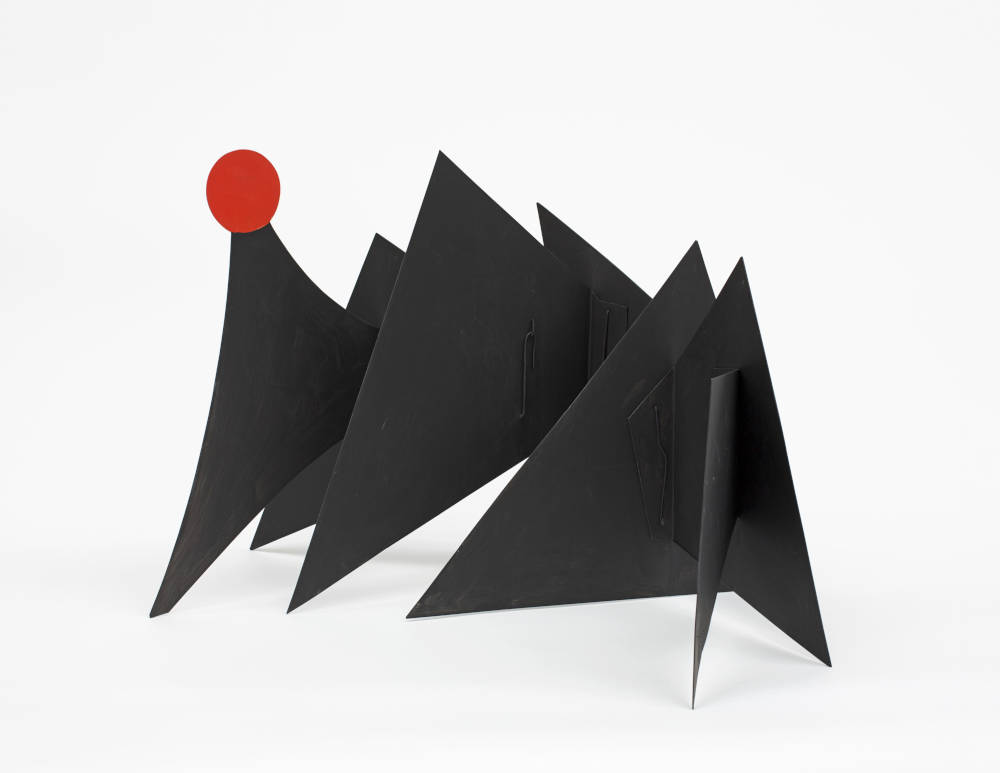 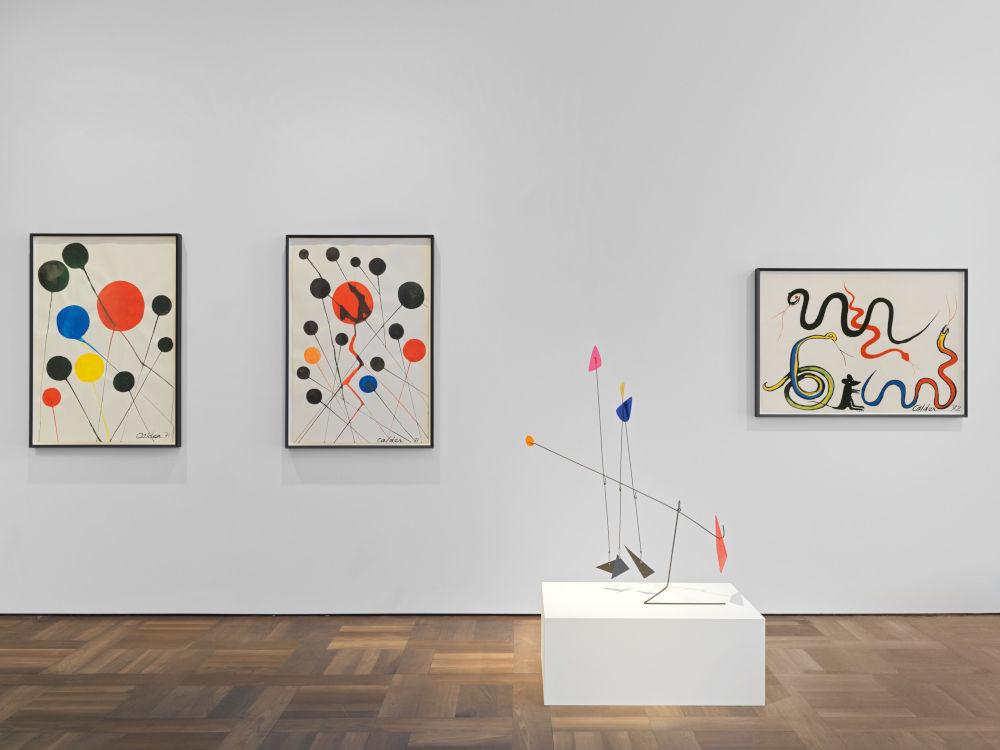 The presentation comprises a selection of the artist’s mobiles, stabiles, standing mobiles, paintings, and a monumental outdoor sculpture, spanning the 1940s to the 1970s. The pieces on view reflect Calder’s direct and innovative approach to art-making, whereby he cultivated a practice that not only explored multiple dimensions but also oscillated between the monumental and the intimate. The show in St. Moritz sees Calder return to the Swiss mountains following Hauser & Wirth’s exhibition of large-scale outdoor sculptures, ‘Calder in the Alps’, in Gstaad during 2016–17.

Calder was one of the most influential and pioneering artists of the 20th-century, transforming the very nature of sculpture by introducing the fourth dimension of time into art and the actuality of real-time experience into his work. A master of many materials and techniques, Calder created a diverse body of work that ranged from sculpture and painting to works on paper, jewellery, and domestic objects. Calder’s innovative ‘mobiles’ and ‘stabiles’ solidified his place in the canon of 20th-century art. His unique exploration of abstraction—engaging energetic forces, sculpting volumes out of voids—resulted in objects that radically alter our experience of space.

An entirely new art form created by Calder in 1931, the mobile gained its name from the artist’s friend Marcel Duchamp, who was referencing the word’s double meaning in French of both ‘motion’ and ‘motive.’ Undulating in the air’s currents and suspended from the ceiling or a base, these works unfold in a perpetual present. Jean- Paul Sartre described the mobile in 1946 as ‘an object defined by its movement and non-existent without it; a flower that withers as soon as it comes to a standstill; a pure stream of movement in the same way as there are pure streams of light.’ Of the artist’s signature mobiles on view in St. Moritz are ‘Untitled’ (c. 1942), a light- reflecting work whose unpainted elements emanate radiant energy, and ‘White Ordinary’ (1976), created in the last year of Calder’s life. A number of standing mobiles will be presented as well, among them ‘Untitled’ (c. 1940), in which Calder engaged the immaterial notion of sound, and ‘Franji Pani’ (1955), made by the artist in a makeshift studio at the home of architect Gira Sarabhai in Ahmedabad, India.

Calder’s stabiles—a term coined by Jean Arp for Calder’s stationary works in 1932—transcend their static nature by way of the dramatically diverse forms they embody when viewed from different perspectives. Works like ‘7 Legged Beast’ (maquette, c. 1965) and ‘Sun and Mountains’ (maquette, c. 1965), while entirely non- objective, embody an innate energy akin to forces of nature, echoing the breathtakingly varied viewpoints of the gallery’s alpine surroundings. A key monumental stabile will be installed outside of the gallery in St. Moritz, bringing the exhibition into the main square of the town. ‘Untitled’ (1976) is an extension of Calder’s Critter series from 1974, of which otherworldly figures adopt turbulent postures and characteristics such as multiple arms or legs. By far the largest example from the series, ‘Untitled’ is a grand and exotic creature that stands over 17-feet-tall.

The exhibition in St. Moritz also includes a selection of Calder’s oil paintings and gouaches from 1947–1975, an essential if lesser-known element of his oeuvre. While they utilise a complementary visual language, Calder’s oil paintings often appear more deliberately rendered than his gouaches, whose quick execution and fluid compositions align with the artist’s primary subject of kinetic energy. In some of these works, Calder used similar forms to those found in his three-dimensional work, such as ‘Untitled’ (1975), which resonates with the monumental motorised ‘Universe’—a commission for the Sears Tower in Chicago completed the year prior— and in turn marries the implied motion of his brushstrokes to the actual movement of his sculpture.

‘Calder’ is the first of three exhibitions by Hauser & Wirth across two alpine locations this winter season. Following the presentation in St. Moritz, a solo show by Jenny Holzer, titled ‘Jenny Holzer. A LITTLE KNOWLEDGE’, will open at Tarmak 22 in Gstaad and will coincide with the unveiling of new, large, poetic scrolling texts onto the stately Gstaad Palace from 27 December 2019 until 22 January 2020. Also in Gstaad will be a major presentation of Picasso’s ceramic works alongside photographs taken of the artist in his studio by David Douglas Duncan at Le Vieux Chalet, open from 1 February through to the 22 February 2020 (open to the public on Wednesdays and Thursdays 2 – 5 pm and by appointment). Hauser & Wirth is also delighted to return to artgenève with a display of modern and contemporary masters in January 2020.