James Cohan presents Drawn to Water, an exhibition of new paintings by Byron Kim, on view at the gallery’s 48 Walker Street location. This is Kim’s fourth solo exhibition with James Cohan. 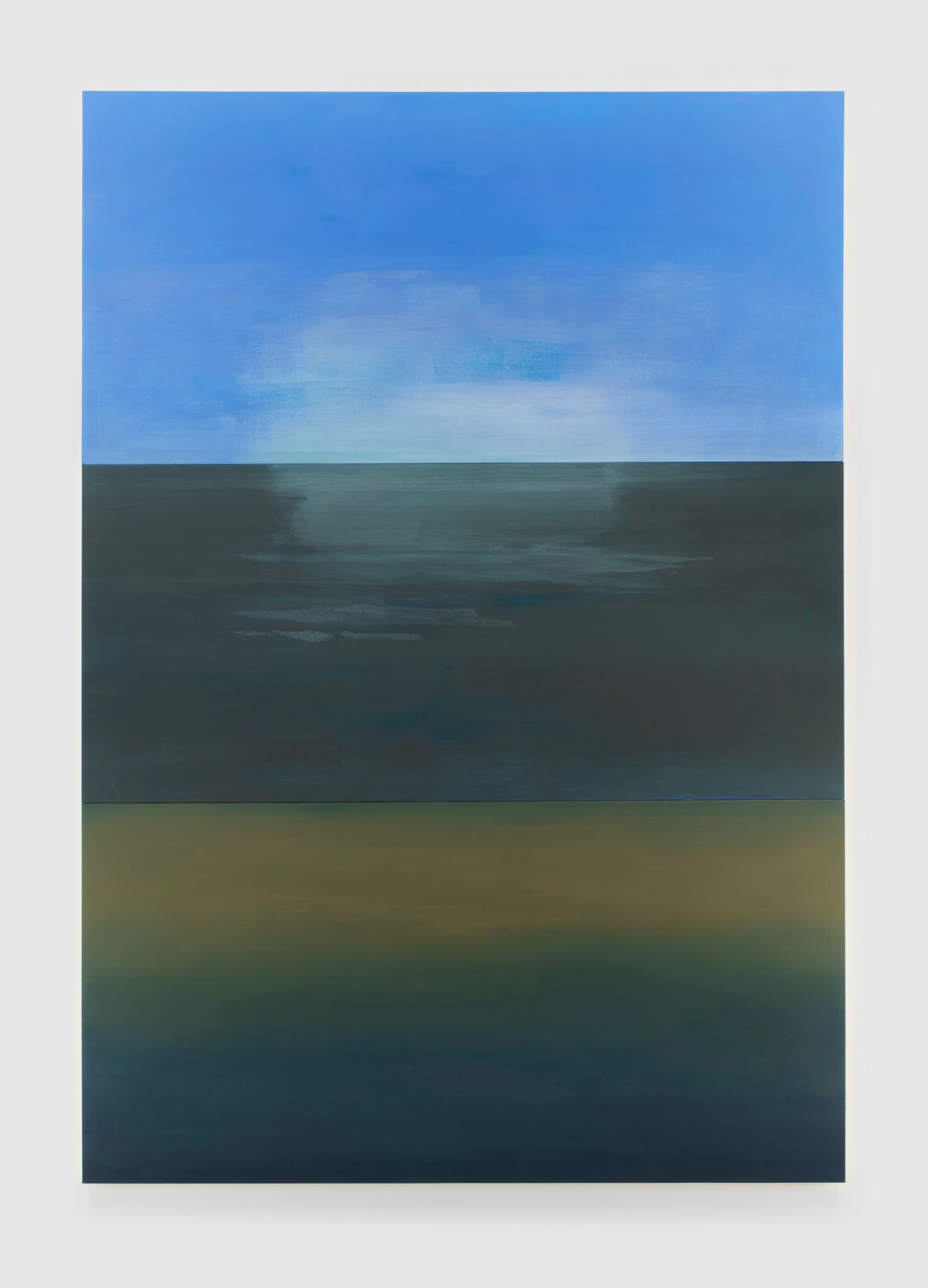 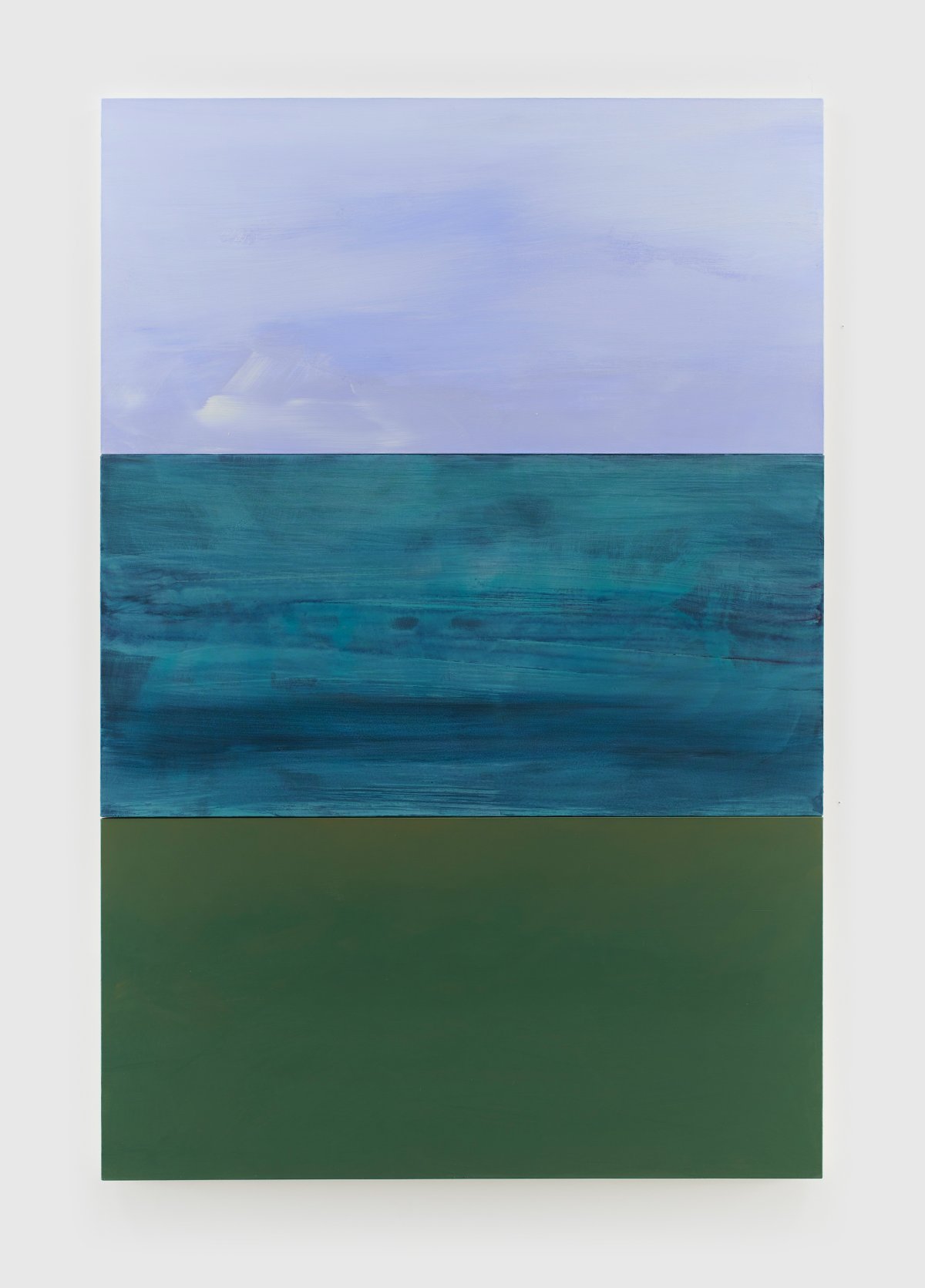 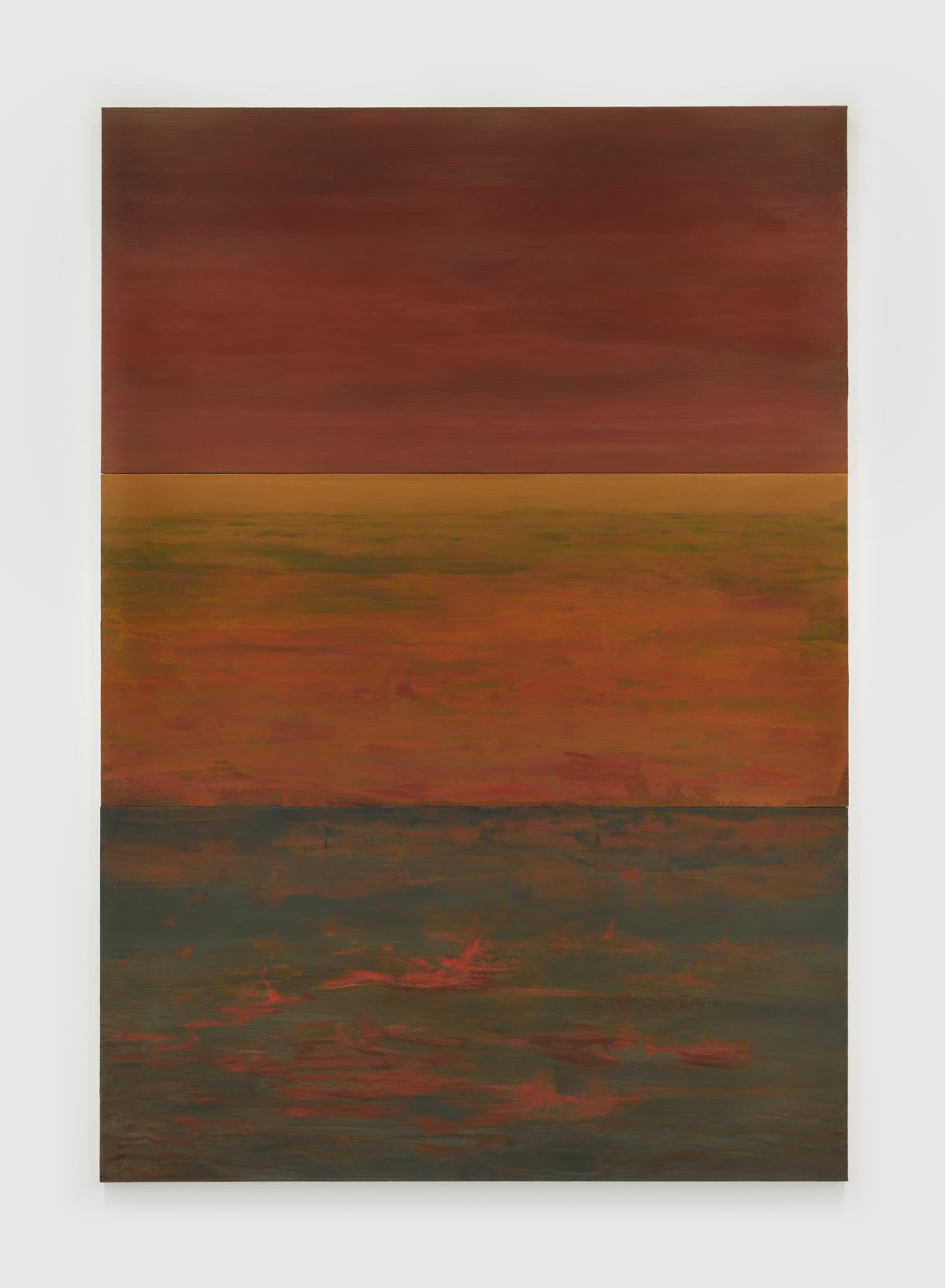 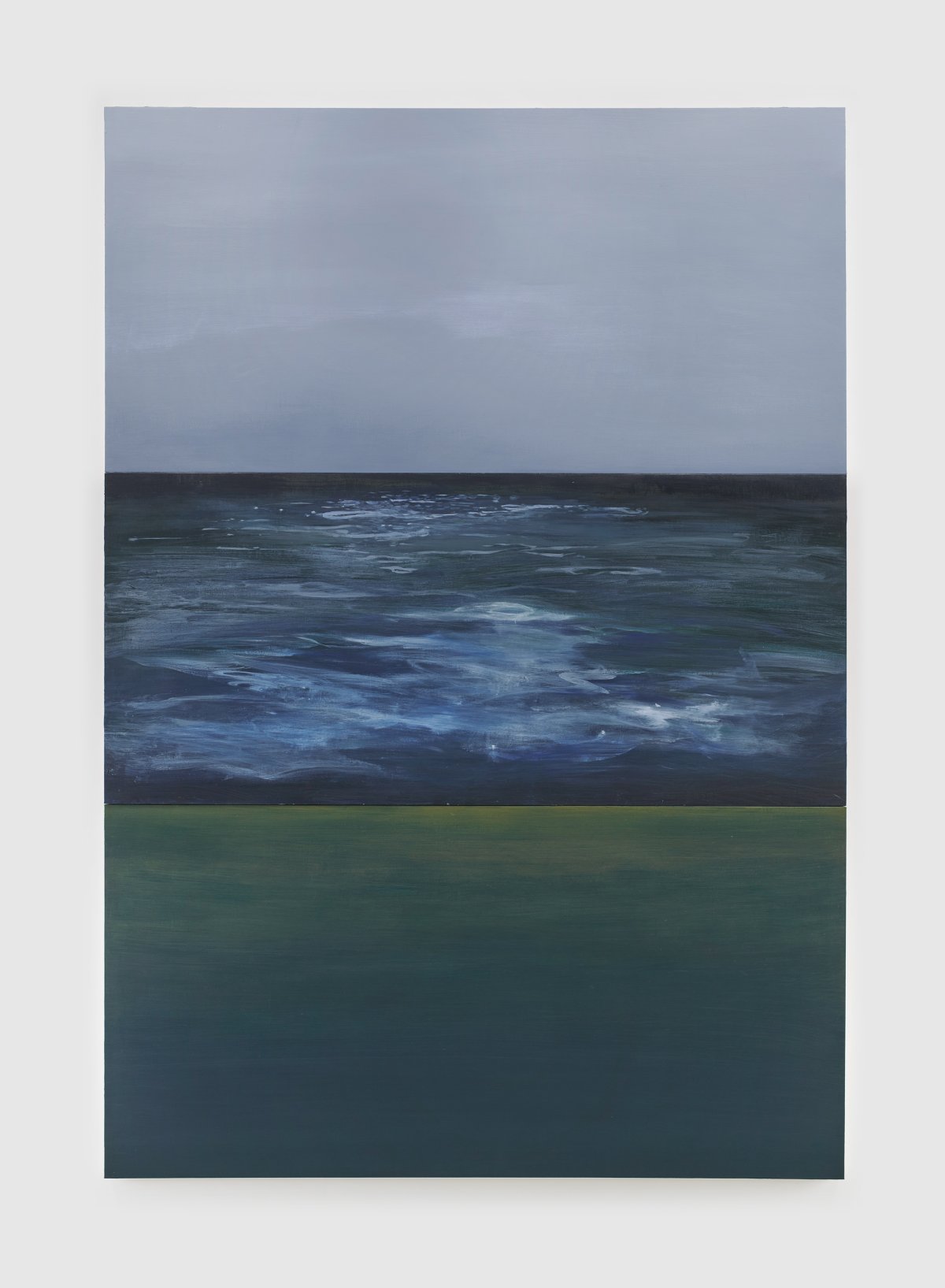 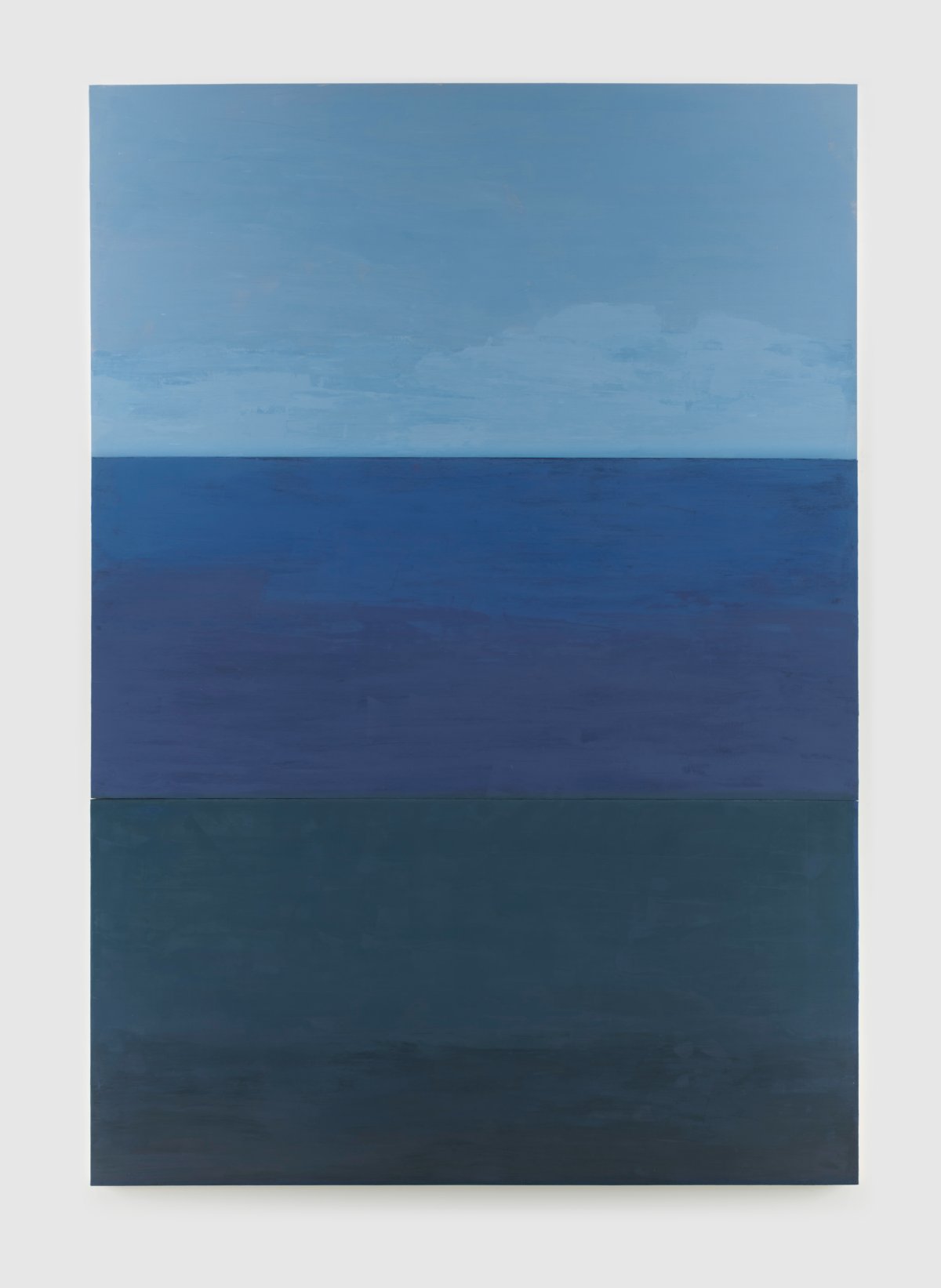 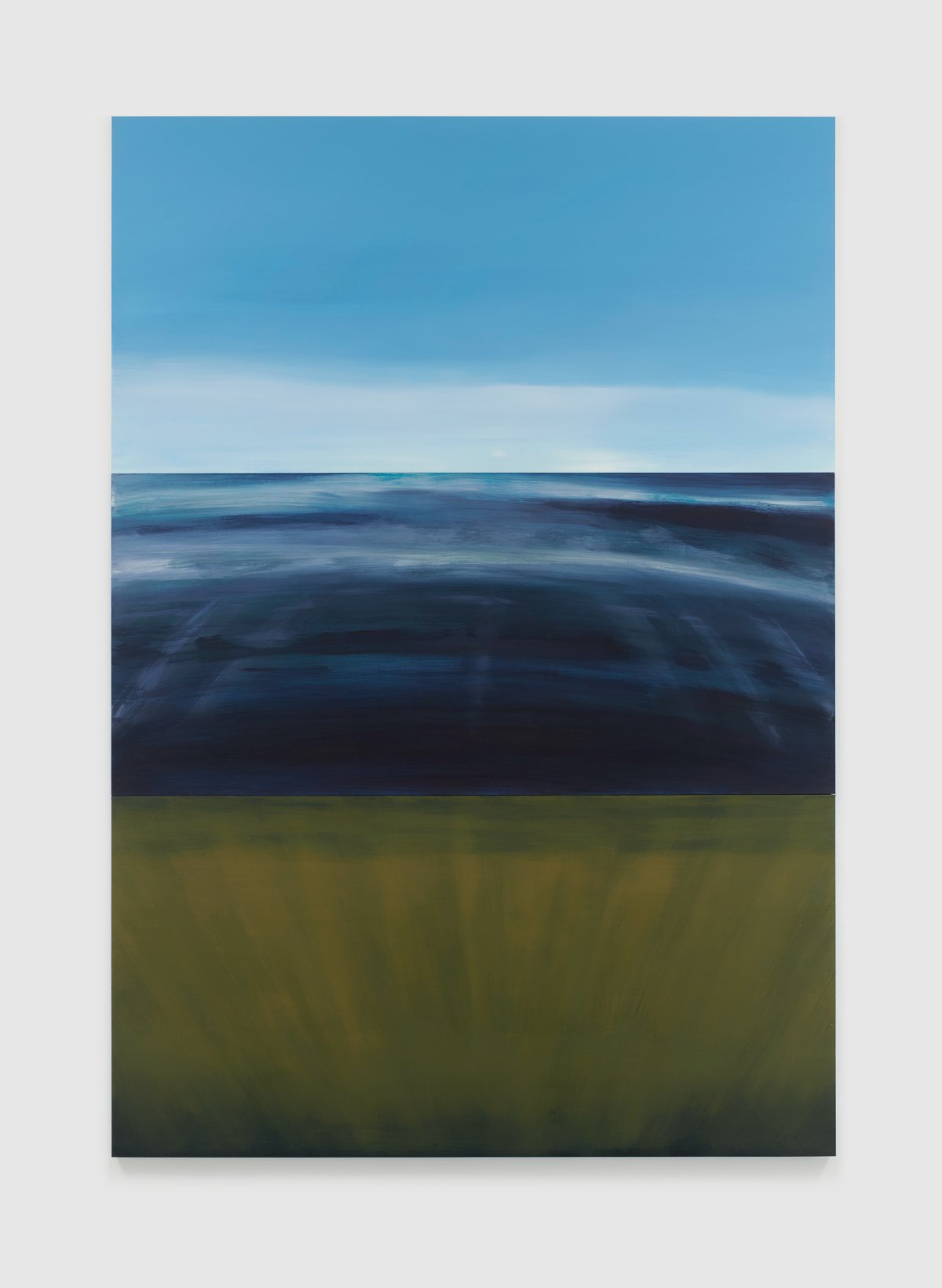 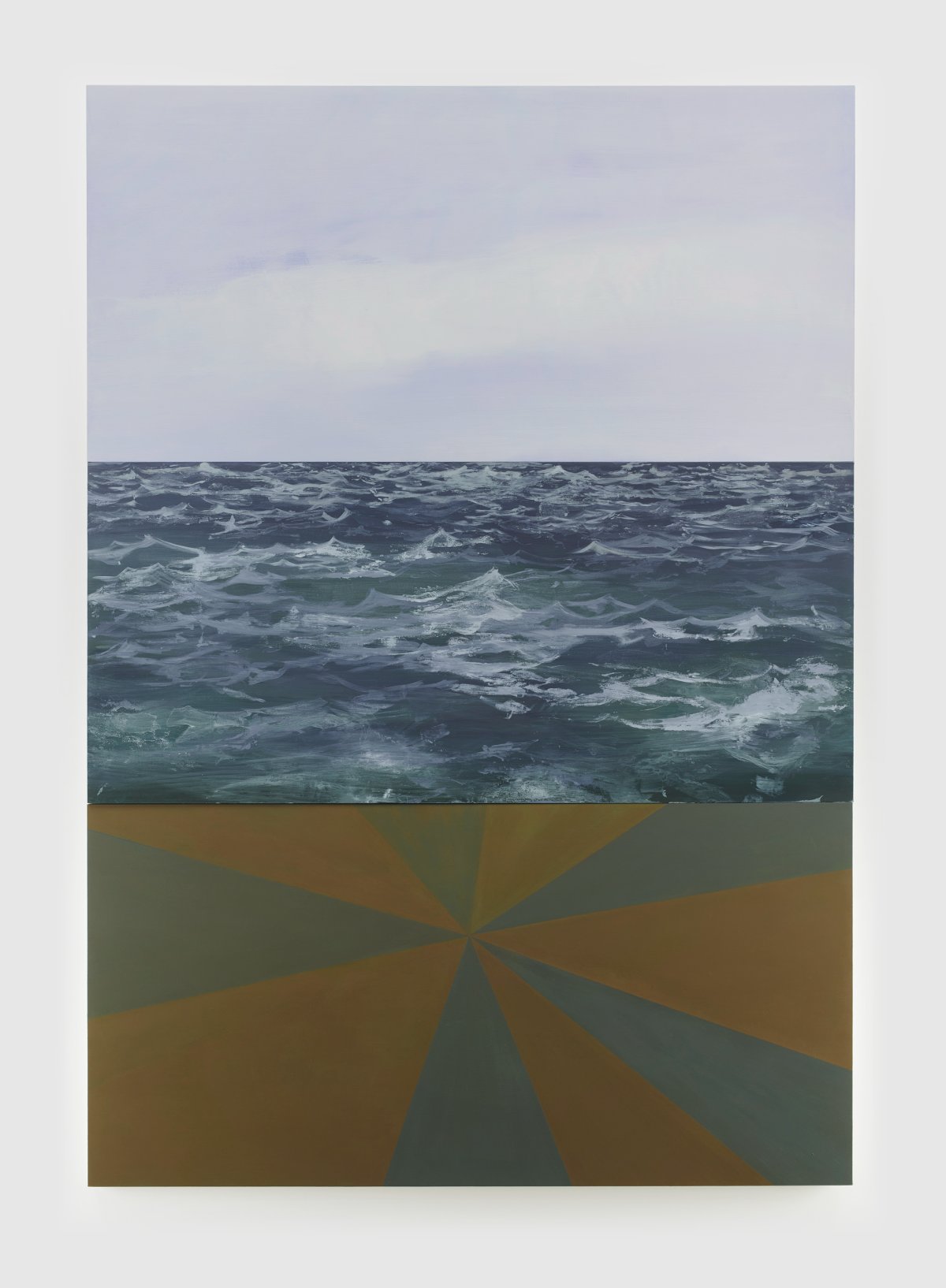 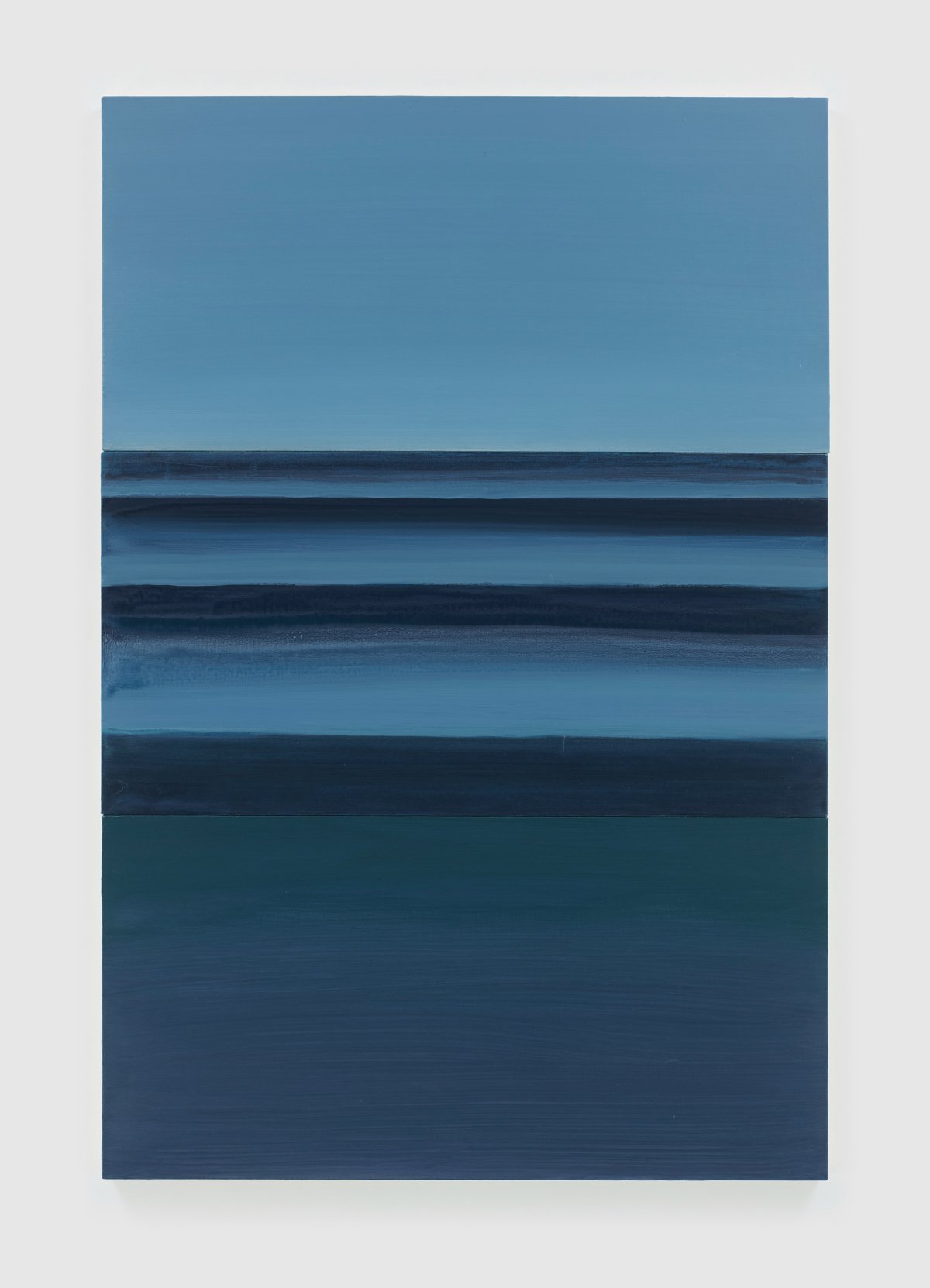 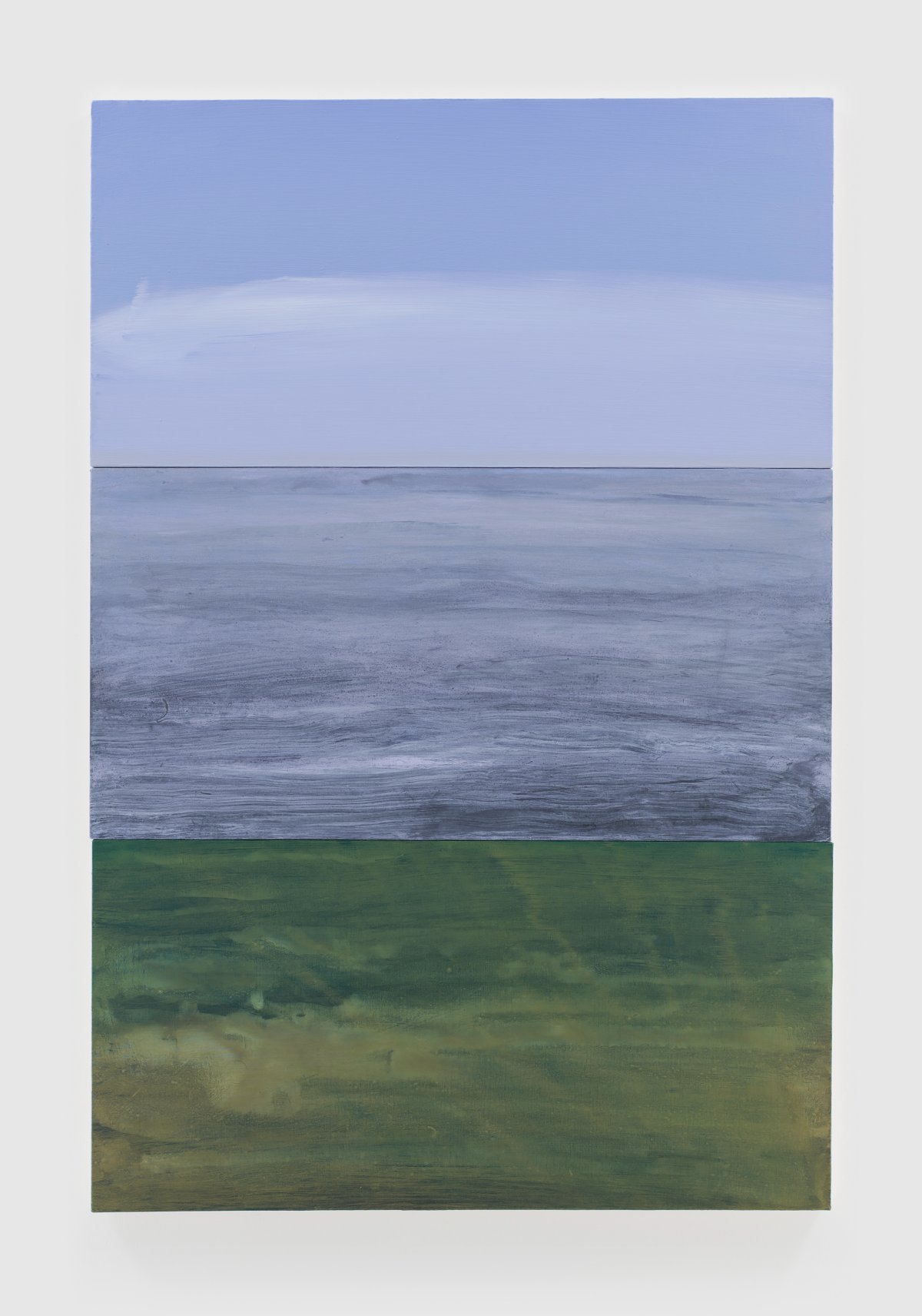 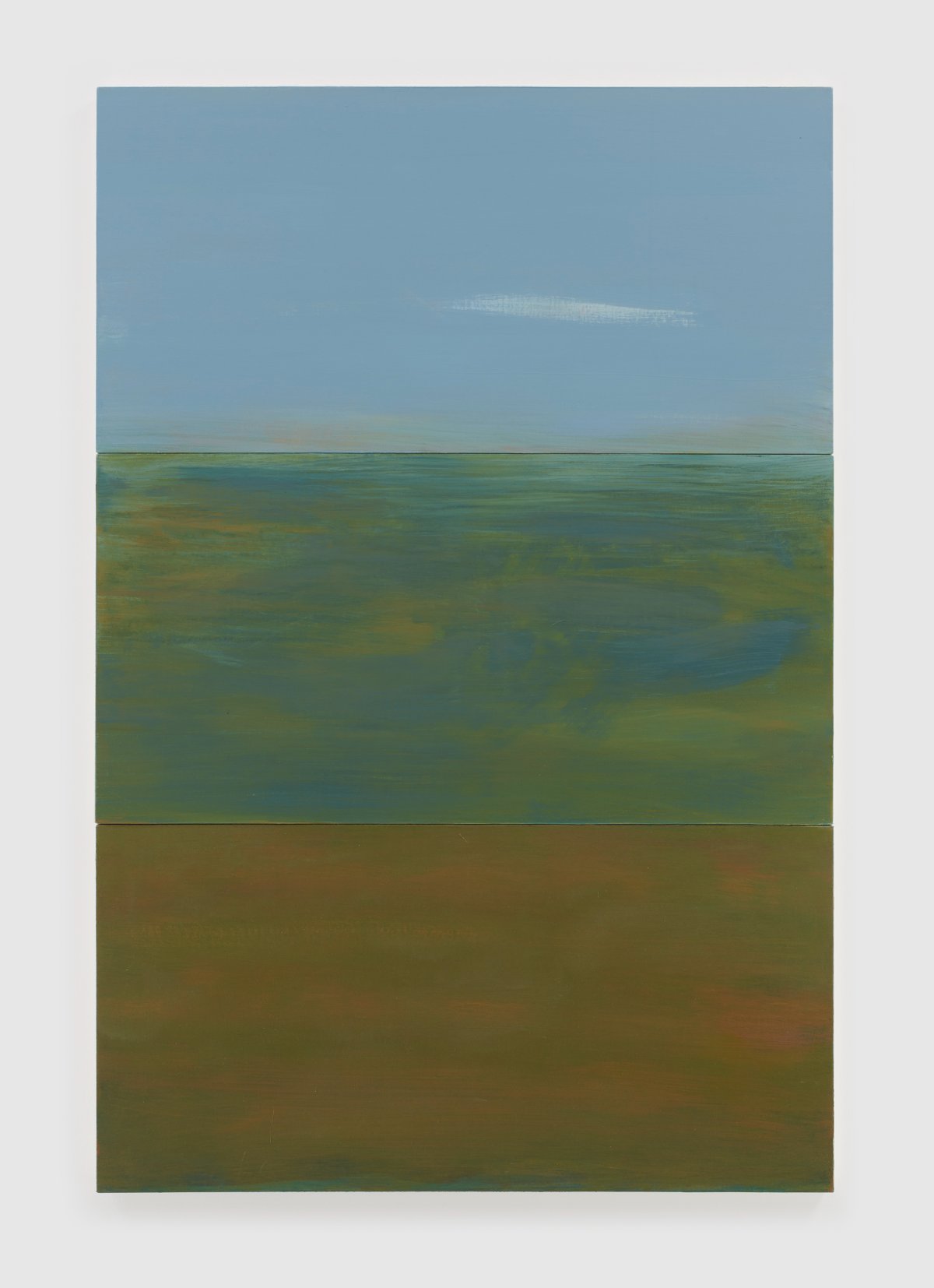 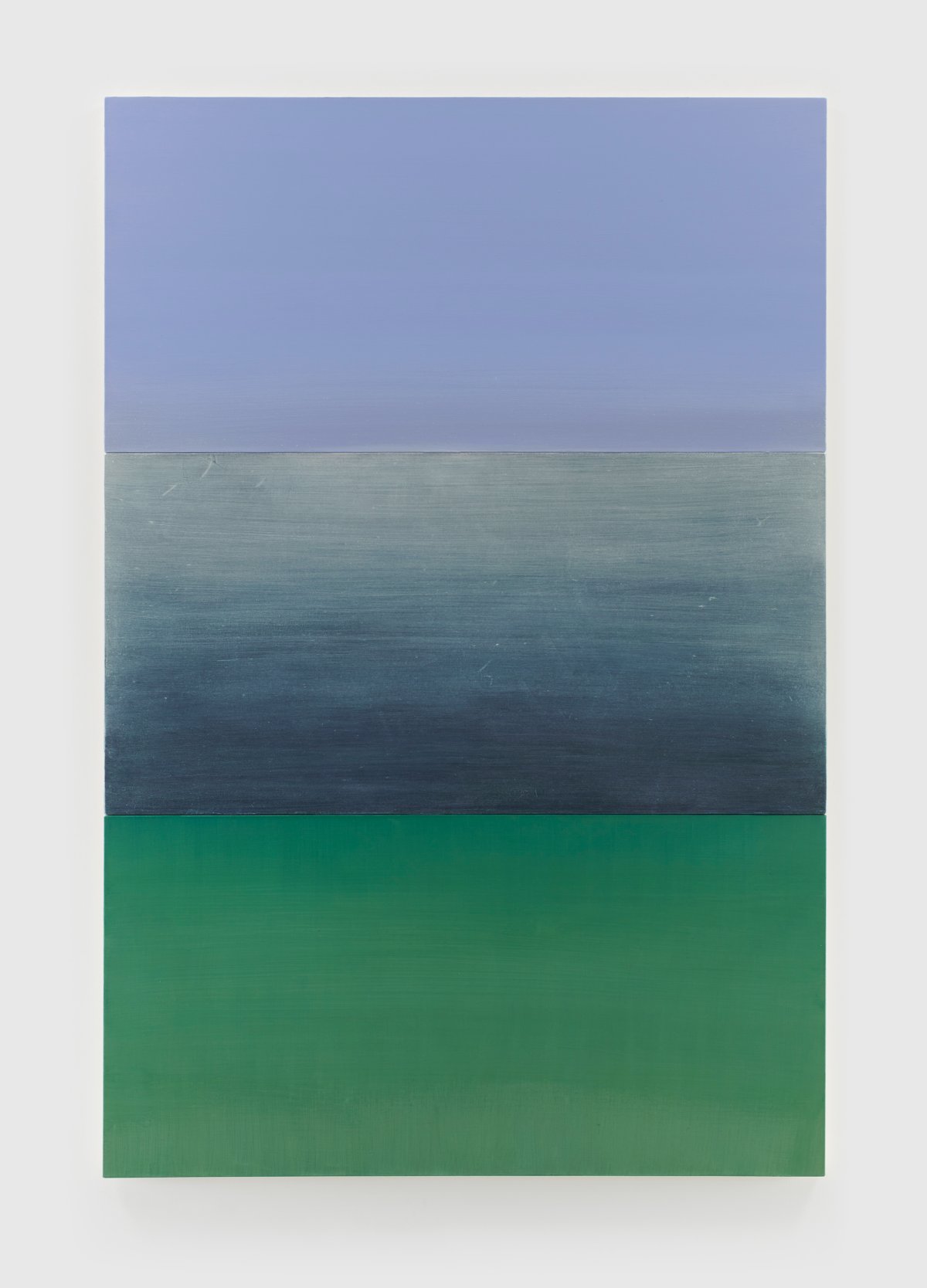 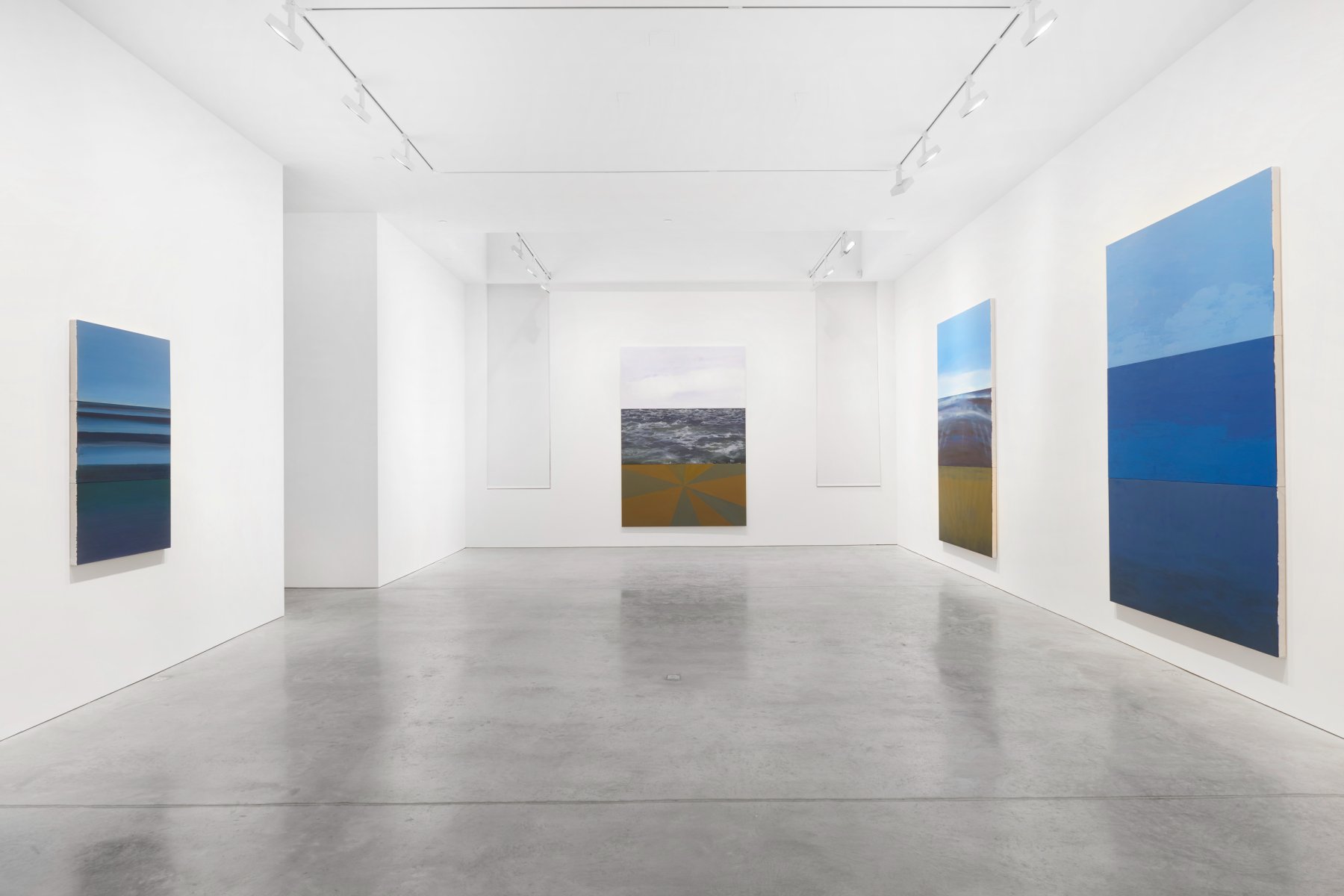 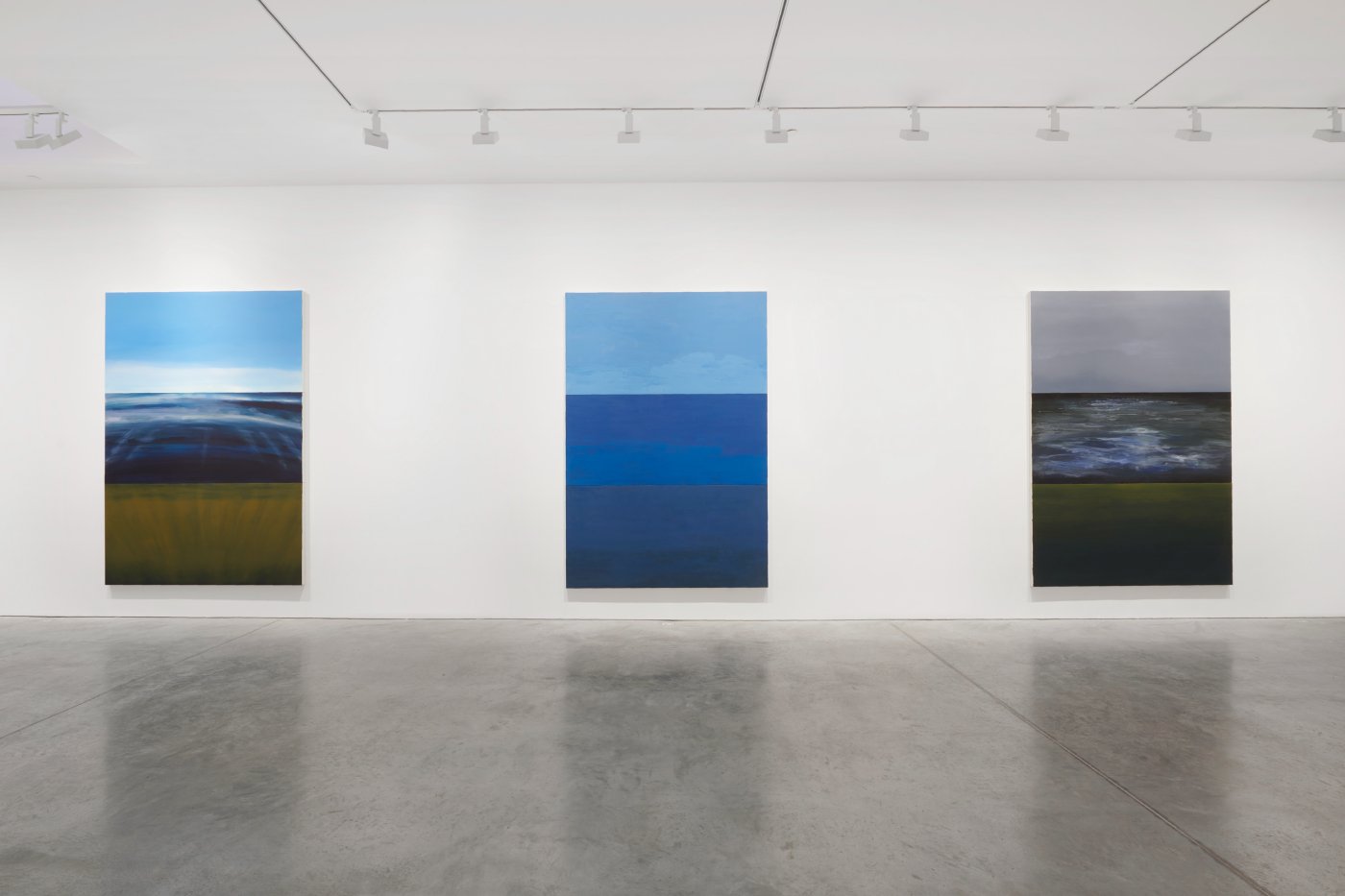 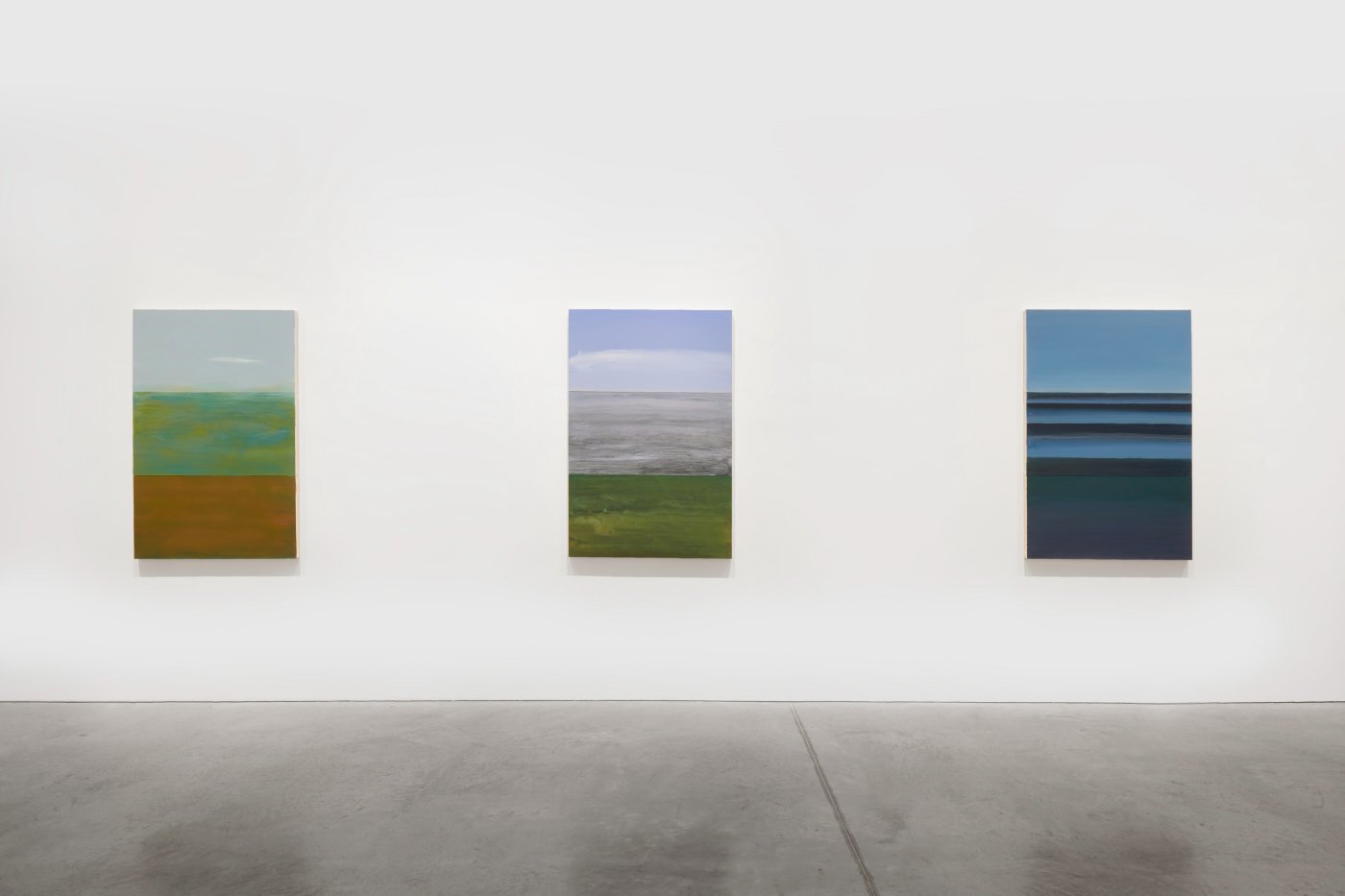 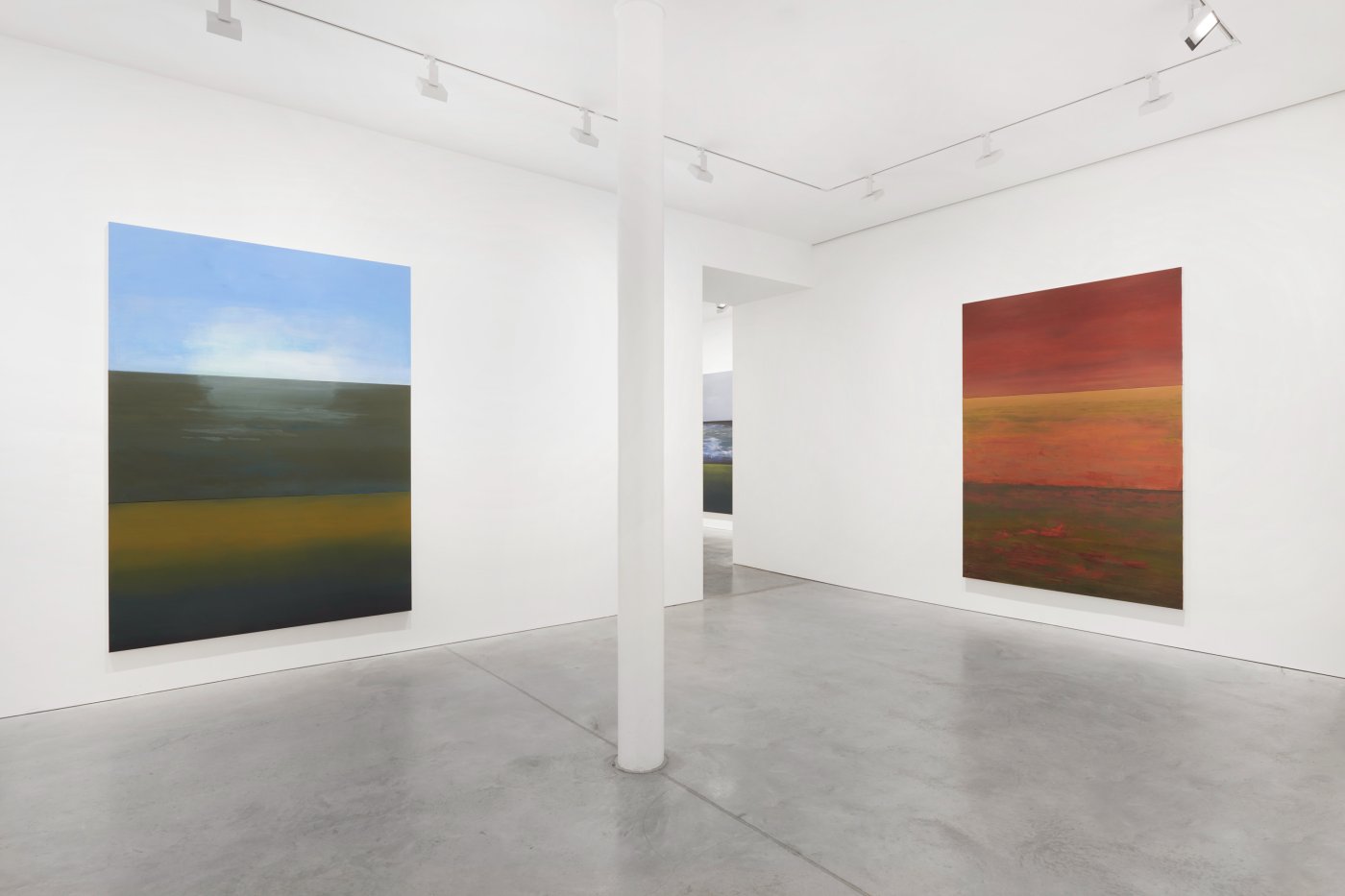 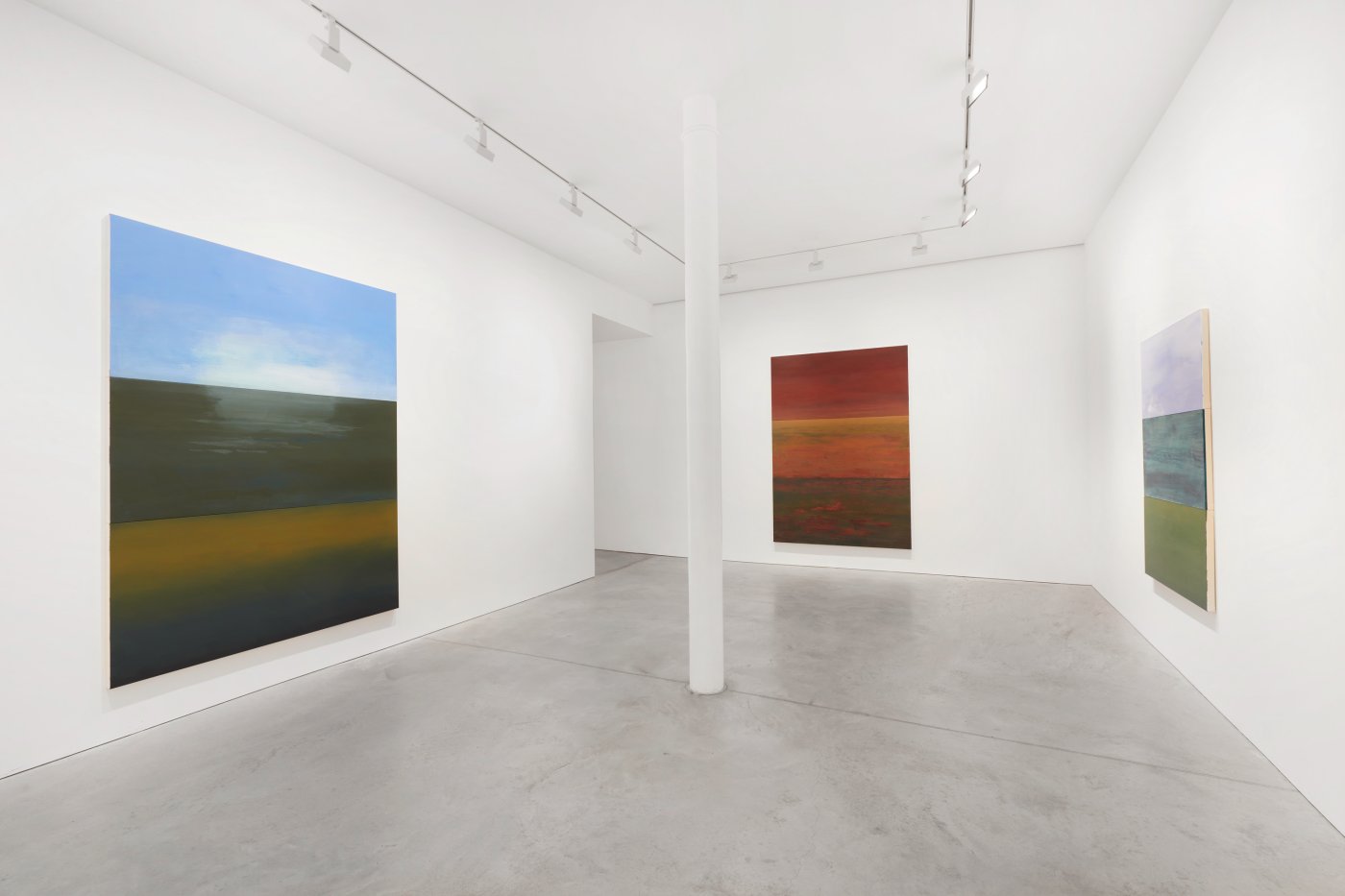 Since the early 1990s, Byron Kim has painted in the space between abstraction and representation, creating expansive fields of color that express both personal and larger realities. Kim often explores perception by drawing upon the natural world or the human body as primary subjects.

The works in Drawn to Water belong to a new series titled B.Q.O., an abbreviation for Berton, Queequeg, and Odysseus, three key characters from famous oceanic tales: Stanisław Lem’s Solaris, Herman Melville’s Moby Dick, and Homer’s The Odyssey. Kim first began this new series of paintings during a Rauschenberg Residency on Captiva Island, Florida in January 2020, while rereading these classic stories to spur his imagination. These three literary references suggest the enduring lifespan of the planet’s oceans relative to the temporality and mentality of human existence, destructive as it may be. Representing various bodies of water—at times placid or treacherous— Kim’s newest paintings reveal an experience of the sublime, by way of observing and submerging oneself in a fluid environment that can feel liberatory or, suddenly, prove overpowering.

Each painting in the series comprises three panels, each representing a distinct visual zone: the bottom panel captures the view from underwater, the middle panel the water’s surface and its reflections, and the upper panel the sky. For Kim, these segmented depictions of sky and water find approximate analogy with the human body and mind. Collectively, they create a sense of the immersiveness of nature, toggling between the intimately observed experience of the artist and the greater human experience of beholding the world.

Within the three panels of each composition, Kim moves between abstraction and a more representational approach, sometimes evincing a confusion between the two. Shifting back and forth between these modes is driven by Kim’s alternating desires to transcend the body or to be unified with the body. Does one achieve a state of transcendence through the body, or in spite of it? As Kim, a newly dedicated open water swimmer, notes, “Swimming in the open ocean gave me a new relationship to my body. Normally, I privilege imagination and mind space over the body, which corresponds with my tendency toward abstraction. Depending on my body as a vehicle brought me away from abstraction—in a strange way, it was grounding, and brought me towards representation.”

In this new series, Kim is looking at the ocean directly, but also imaginatively. For Kim, the content of these works is alternately palliative, sad and terrifying. He found healing power and connection in nature during the pandemic. Yet these works also embody threats of climate change and rising sea levels, contemporary anxieties that only intensify the spirit of the sea symbolized in the aforementioned iconic literary tales. Kim grounds his approach with concern and tenderness to create paintings that speak of catharsis and hope, rather than irreparable wound.

Throughout his career, Kim has been interested in the relationship of parts to a whole, as a way to structure both our connection to one another, and to the world itself. Kim is perhaps best known for his ongoing painting project, Synecdoche, begun during the 1990s and included in the landmark 1993 Whitney Biennial. Now in the collection of the National Gallery of Art, Synecdoche consists of hundreds of monochrome panels that match the skin color of each individual human subject. In his Sunday Paintings, executed every week since 2001, he records the appearance of the sky every week along with a diary entry, juxtaposing the cosmological with the quotidian. With the B.Q.O. paintings seen in this exhibition, Kim embarks on a new body of work that grounds abstraction in the physical experience of the world around us, intertwining the personal perspective of the artist as observer with the elemental forces of nature.