But Still, It Turns. Recent Photography from the World

But Still, It Turns. Recent Photography from the World 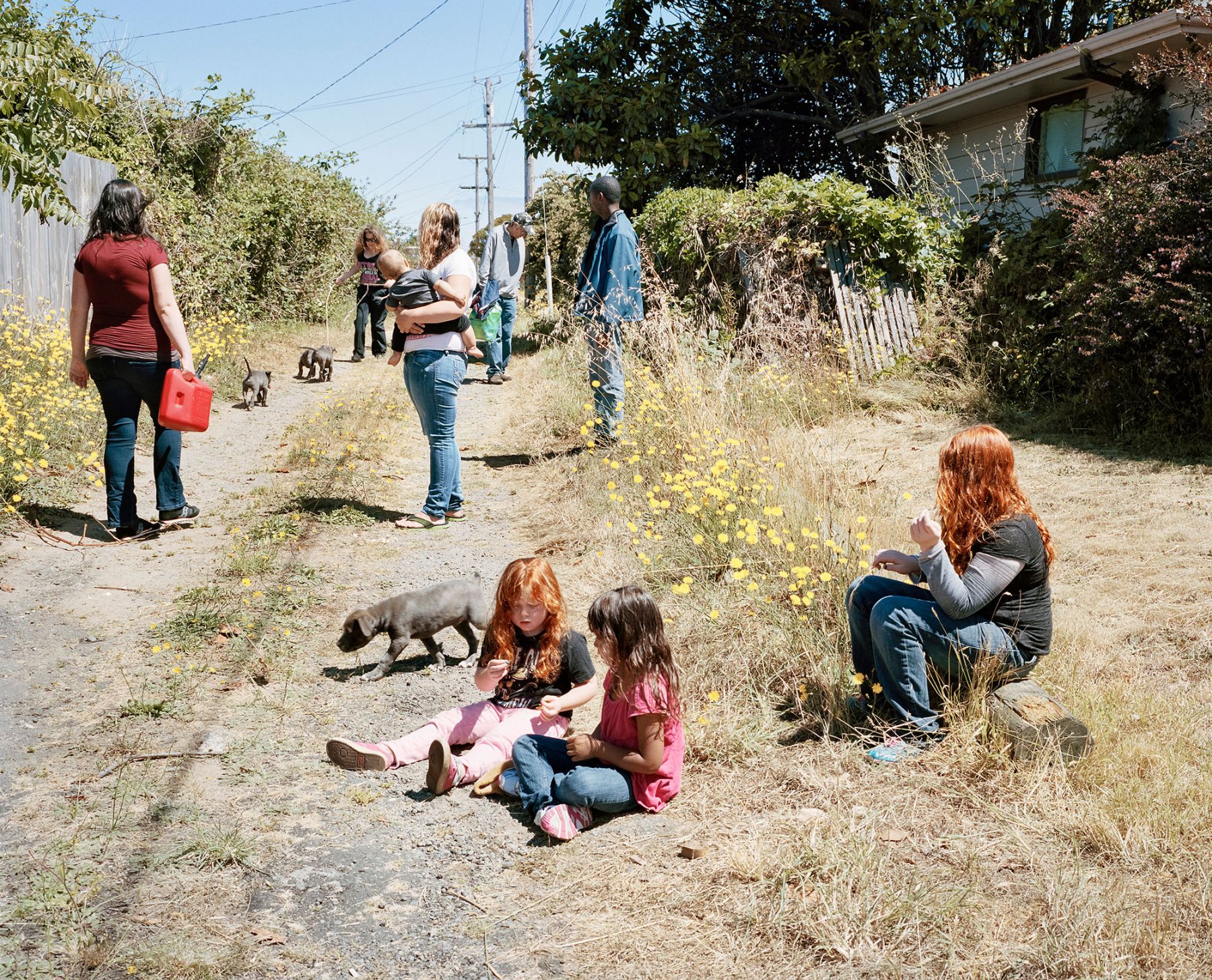 Through photographs, the prism of time is illuminated and breaks to clarity. We see the components and how they fit together. They take us on unexpected paths, they bring us to other lives we could know if life were to turn another way; they foster empathy. They allow us to recognize that life is not a story that flows to a neat finale; it warps and branches, spirals and twists, appearing and disappearing from our awareness.

This exhibition presents photography attuned to this consciousness, photography from the world, from life as it is—in all its complicated wonder—in the twenty-first-century United States: from Vanessa Winship’s peripatetic vision in she dances on Jackson through Curran Hatleberg’s gatherings of humankind in Lost Coast; Richard Choi’s meditation on the differences between the flow of life and our memory of it in What Remains; RaMell Ross’s images of quotidian life from South County; Gregory Halpern’s luminous Californian journey in ZZYZX; Piergiorgio Casotti and Emanuele Brutti’s Index G work on the delicate balance between economic theory and lived fact; Kristine Potter’s re-examination of the Western myth of manifest destiny in Manifest; or Stanley Wolukau-Wanambwa’s braiding the power of images with the forces of history in All My Gone Life.

This photography is postdocumentary. No editorializing or reductive narrative is imposed. That there is no story is the story. For these artists, all is in play and everything matters—here is a freedom, hard won, sometimes confusing, but nonetheless genuine: a consciousness of life and its song. The world’s infinite consanguinity lies here: each of us and all of this exist in the fulsome now.

But Still, It Turns* is guest curated by Paul Graham. It is accompanied by a book published by MACK.

*The title, But Still, It Turns, is inspired by the words Galileo Galilei allegedly mumbled after he was forced to recant his observation that the earth orbits around the sun.