Bryan Kneale: Through the Ellipse

Bryan Kneale: Through the Ellipse


Still working at the age of 92, Bryan Kneale RA MBE has had a career spanning almost six decades as one of Britain’s most renowned sculptors. Pangolin London presents a selection of the artist’s most recent work, bringing together an extraordinary selection of paintings and sculptures from the last five years. 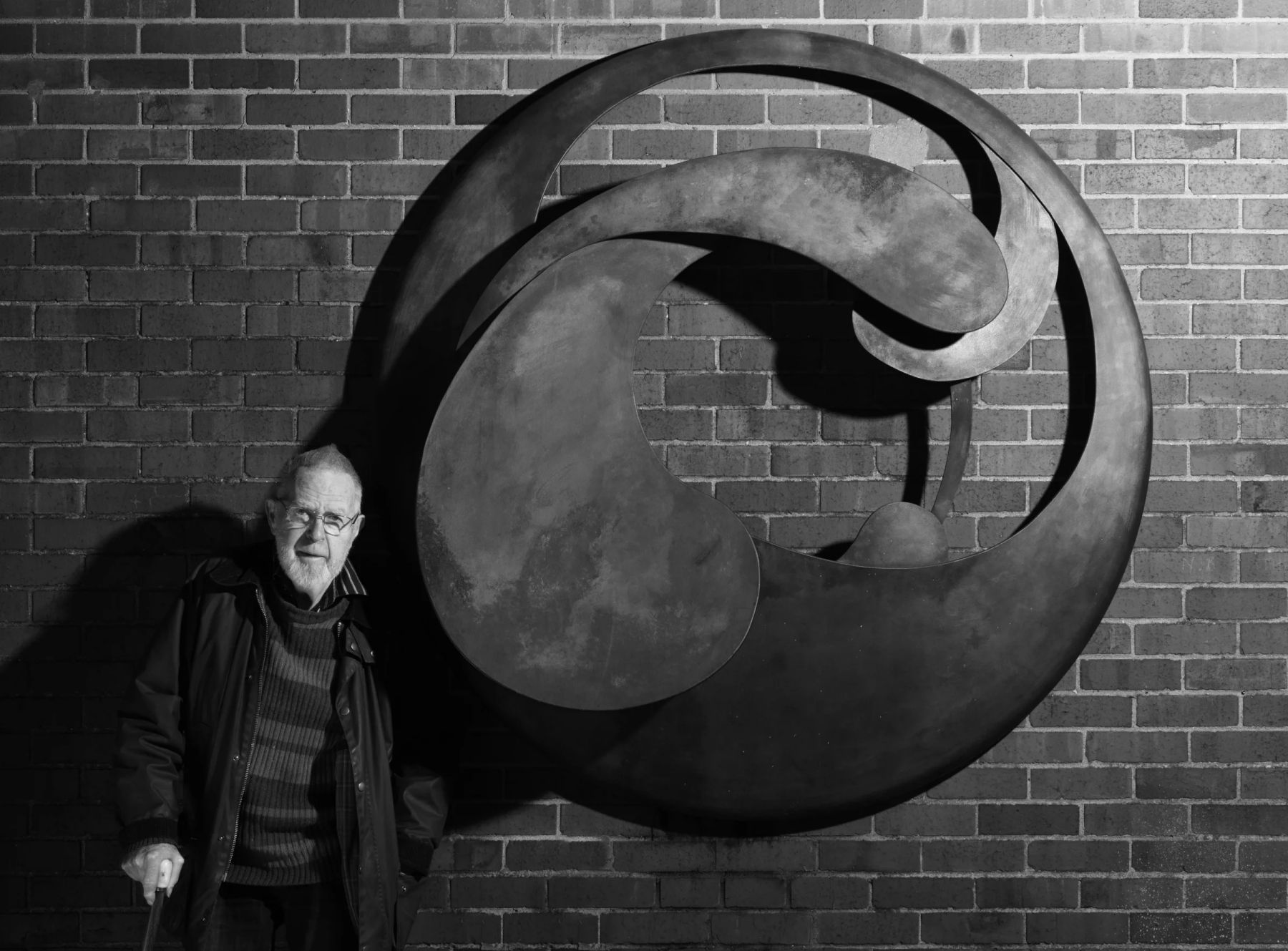 At the heart of this show are two new monumental metal sculptures – the mesmerising stainless steel Centurion and the enigmatic bronze Coral. Originally conceived as an installation for the Isle of Man, the pieces have been designed to sit along the ancient volcanic coastline of Scarlett, where the elliptical void in their centres will allow for the surrounding landscape to be incorporated into the work.

This void-space also appears in other sculptures, as well as a number of paintings. According to Kneale, this form represents the inescapable reality of death, inspired by Paul-Albert Bartholomé’s 1899 Monument aux Morts from the Père-Lachaise cemetery in Paris. As he recalls:

In the end of the cemetery is a thing like a wall, with a large void space in the centre, which a series of figures, men and women, are moving endlessly toward, which of course is the end of life. I thought it was very affecting, and very memorable, so to some extent, I suppose, so too are these things I’ve made myself, they resonate for me with that piece.

Alongside these sculptures are a series of paintings on styrene sheets. The perfectly flat surface of this ground is contrasted by the sculptural forms of thick paint applied with a palette knife. Imbued with a palpable joie de vivre, works like Duma, Star 1 and Sunbeam are charged with an ebullient energy. Miracle is a work of particular significance; the title was given by Kneale to mark this ‘revelation’ in his practice after having found a way to continue painting following a severe stroke in 2014.

This excitement for making new work has been ever-present throughout Kneale’s career, and he shows no signs of slowing down. In his own words: ‘I will continue to work for as long as I live.’