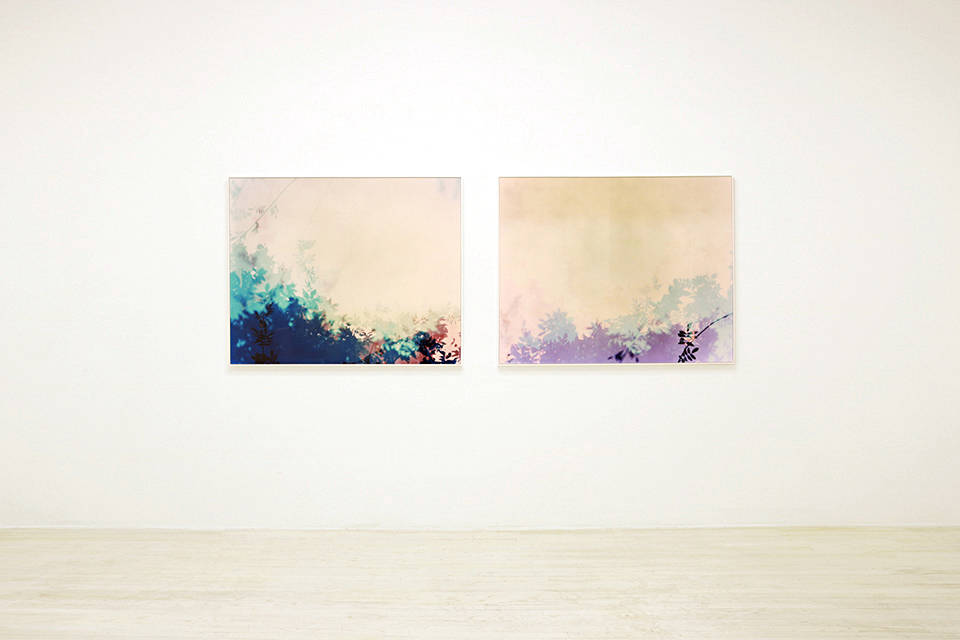 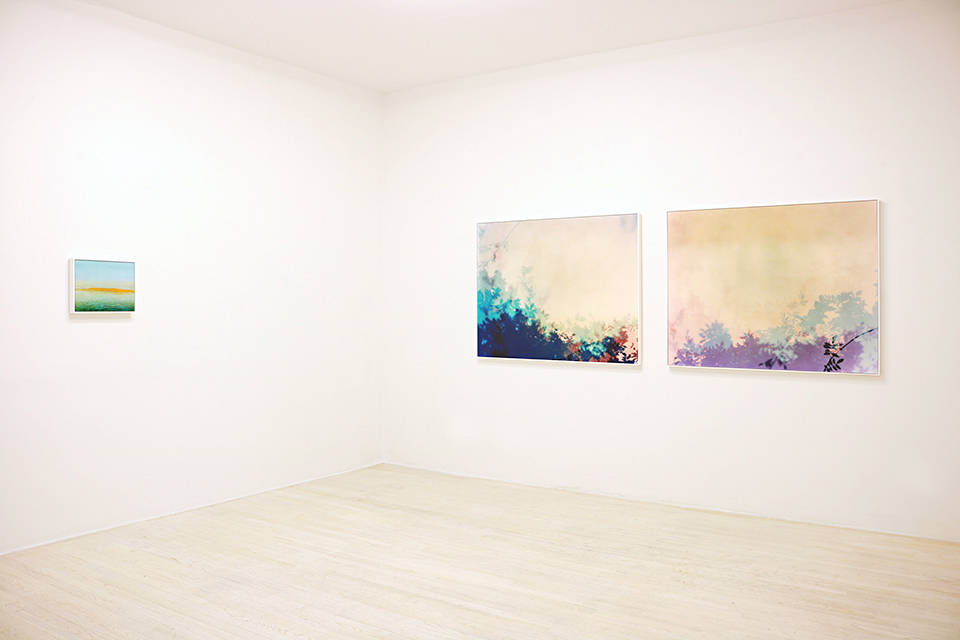 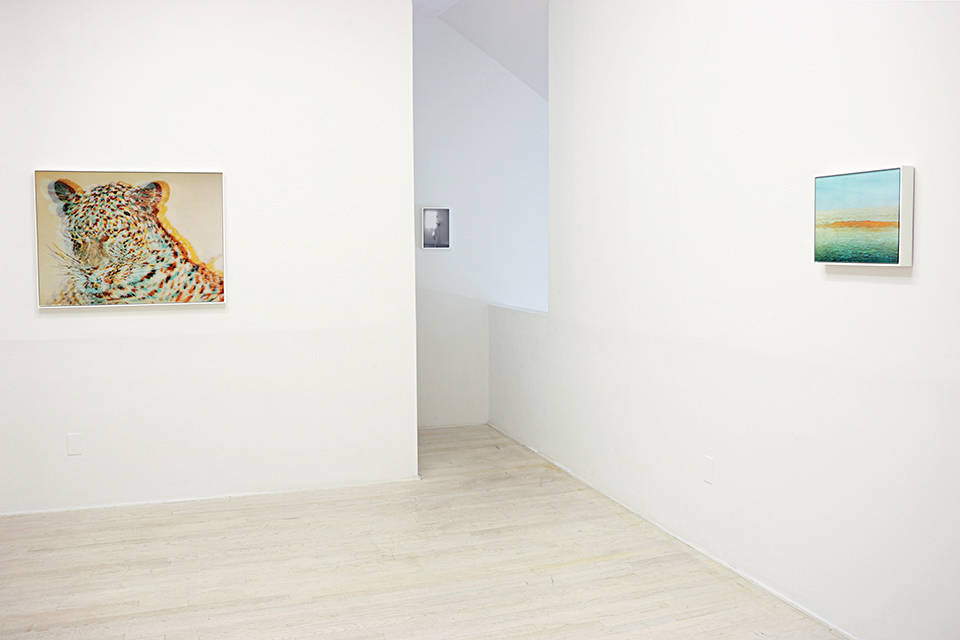 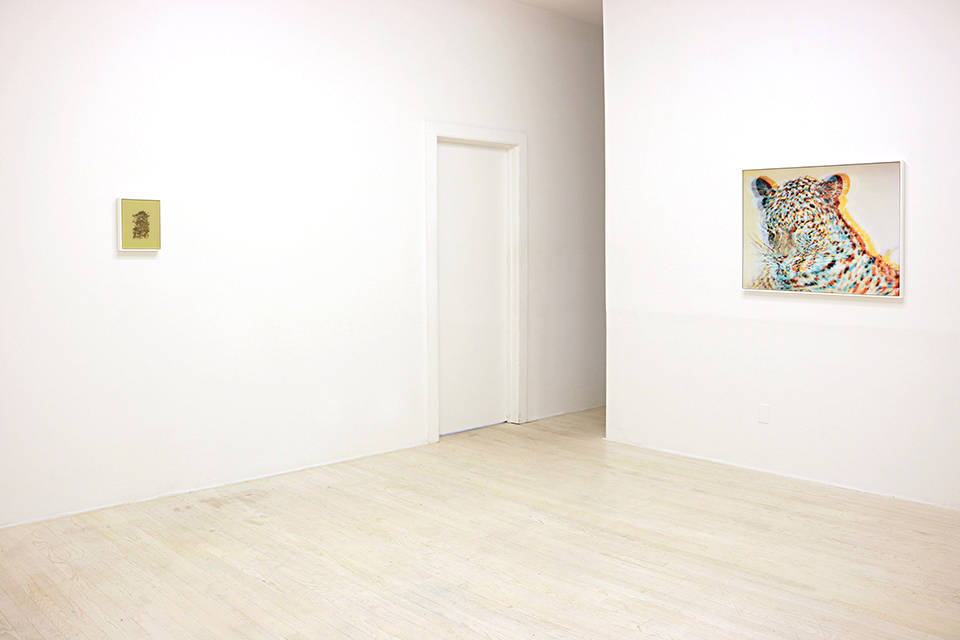 Graf continues his exploration of techniques and materials with a multi-faceted approach to photography. His work navigates the tension between control and chance, as he deliberately upends accepted conventions of photographic representation, creating expressive works that speak to a more visceral and phenomenological experience of the world. While preparing for the exhibition Graf came across a note he scrawled on a box of darkroom paper that read:

Paradise is distracting, it’s flat, it falls apart in front of your face. It’s an idea and is legible from afar but turns to dust when you get close to it; when you reach it, there’s nothing there, nothing left but an idea, a projection, a hope for something better and perfect… paradise is bullshit.”

As a photographer that makes images which are facsimiles of something, Graf finds it precarious to attempt to portray idealized notions or places. This concern leads to a hesitation to relay or display an image that is fully clear, or registered, in traditional photographic terms. The works act as windows that show shifting perspectives, from one picture to the next. Graf develops permeable images, more akin to how memories are recalled than how direct experience is perceived in a moment. The exhibition is accompanied by an offsite presentation of reflected projections projecting reflections, a modular installation composed of a slide projector, mirrors and colorful transparency slides of screen material used to make tiny geometric abstractions. These images are then amplified via the slide projector mounted to one wall and a corresponding grid of mirrors on the wall opposite the projector- reflecting back images to the source of their projection.

Bryan Graf (b.1982) received an MFA from Yale University in 2008 and a BFA from the Art Institute of Boston in 2005. His work has been exhibited at the George Eastman House Museum, Rochester, New York; Institute of Contemporary Art, Portland, Maine; and DeCordova Museum and Sculpture Park, Lincoln, Massachusetts. Graf was a 2016 recipient of the Pollock-Krasner Foundation Grant. His work has been featured and reviewed in numerous publications, including The New York Times, The New Yorker, Harpers, Blind Spot, and Details among others. He has published four books: Wildlife Analysis (Conveyor, 2013); Moving Across the Interior (ICA@MECA, 2014); Prismatic Tracks (Conveyor, 2014); and Debris of The Days (Conveyor 2017). His photographs and books are held in the public collections of The Museum of Modern Art Library, The Portland Museum of Art, Yale’s Beinecke Rare Book & Manuscript Library, The Victoria and Albert Museum, and the Tokyo Institute of Photography.