Yancey Richardson presents Telepathic Jungle, Bryan Graf’s sixth solo exhibition with the gallery. In his latest work, Graf continues his exploration and interpretation of place and memory through experimental, process-driven photographs. The interplay between the experience of a place, its emotional impact, and the psychological interpretation of that place remains a driving force. Throughout Telepathic Jungle, Graf conjures a sensorial view of nature and explores the effects time, memory, and place have on our consciousness. 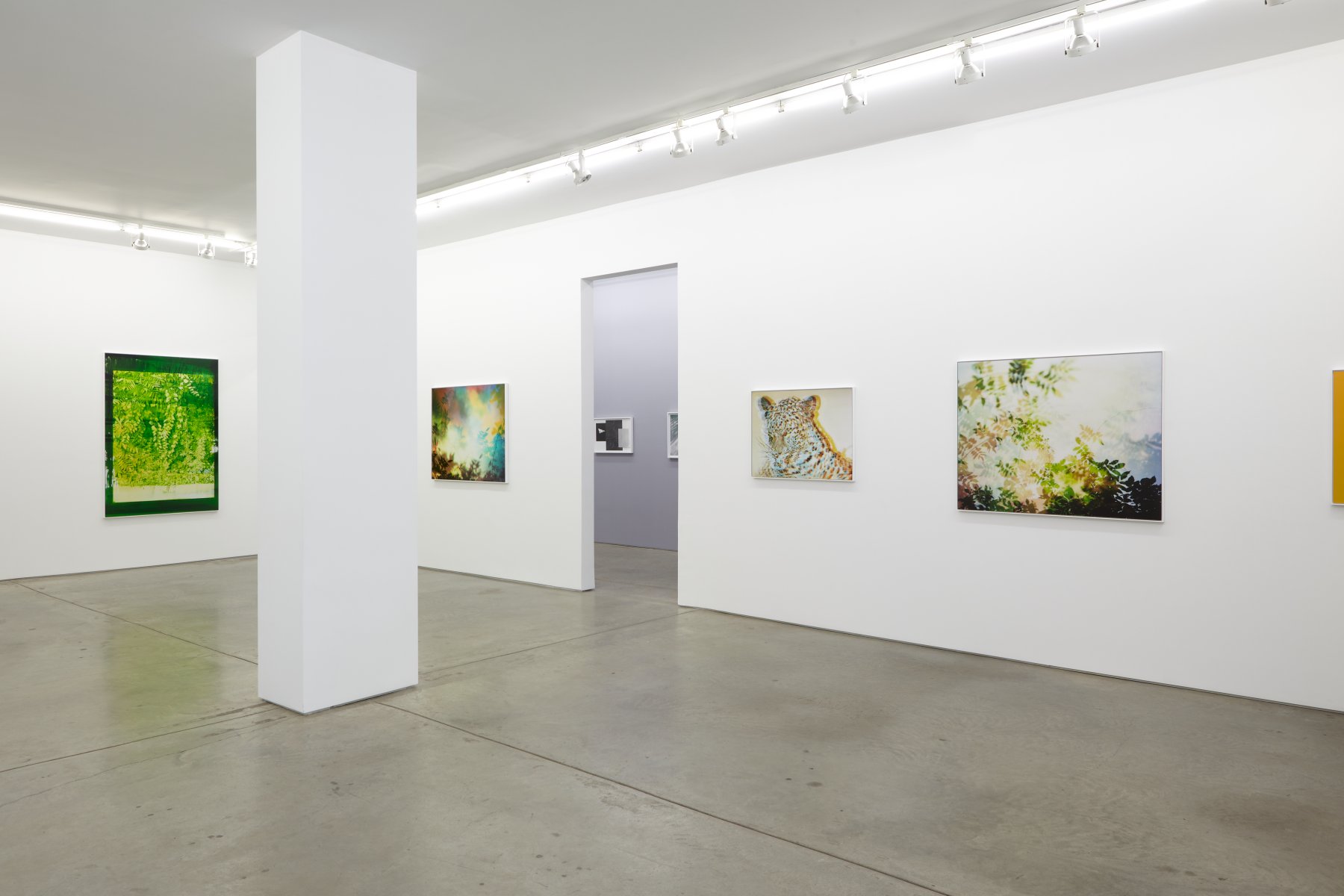 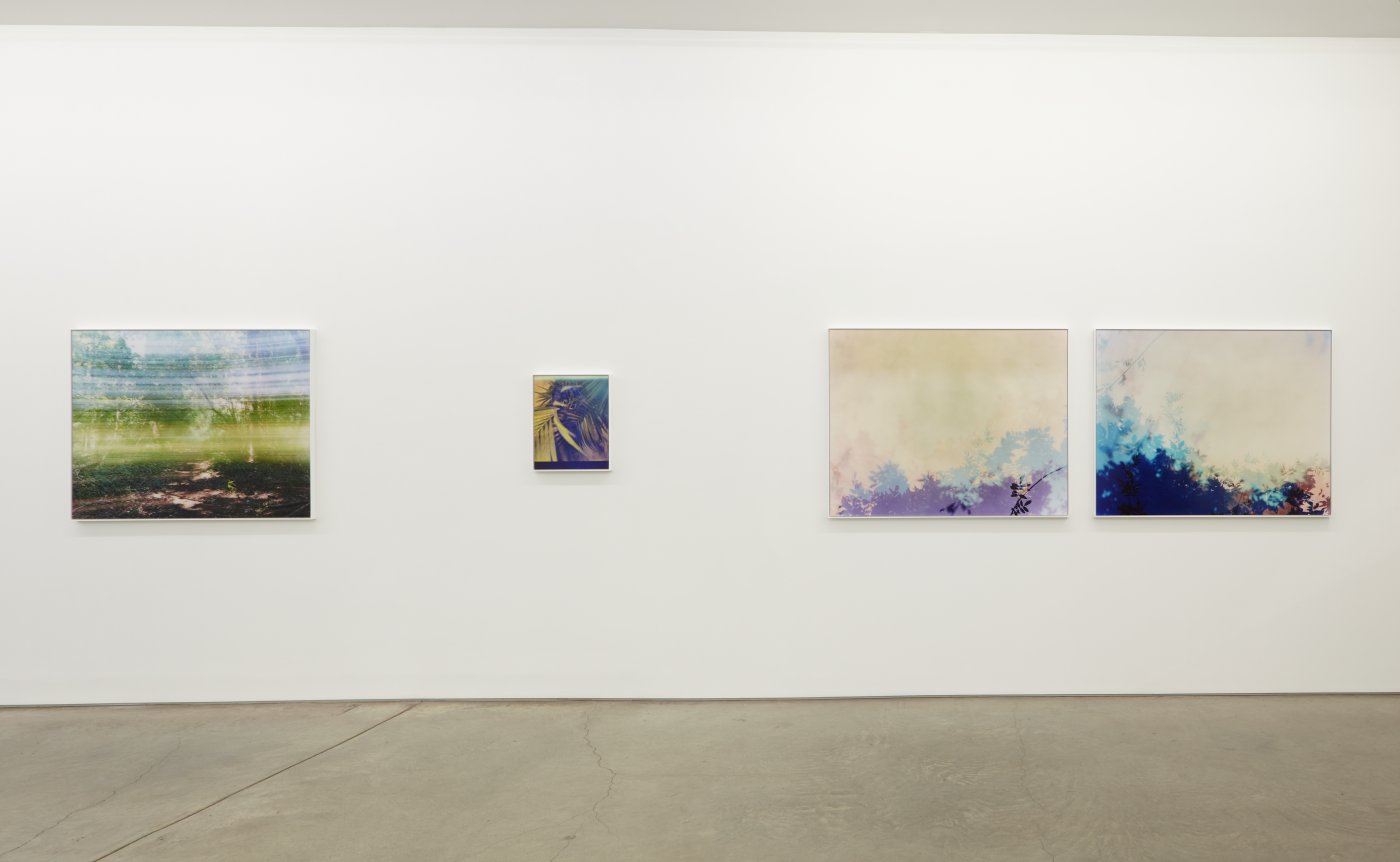 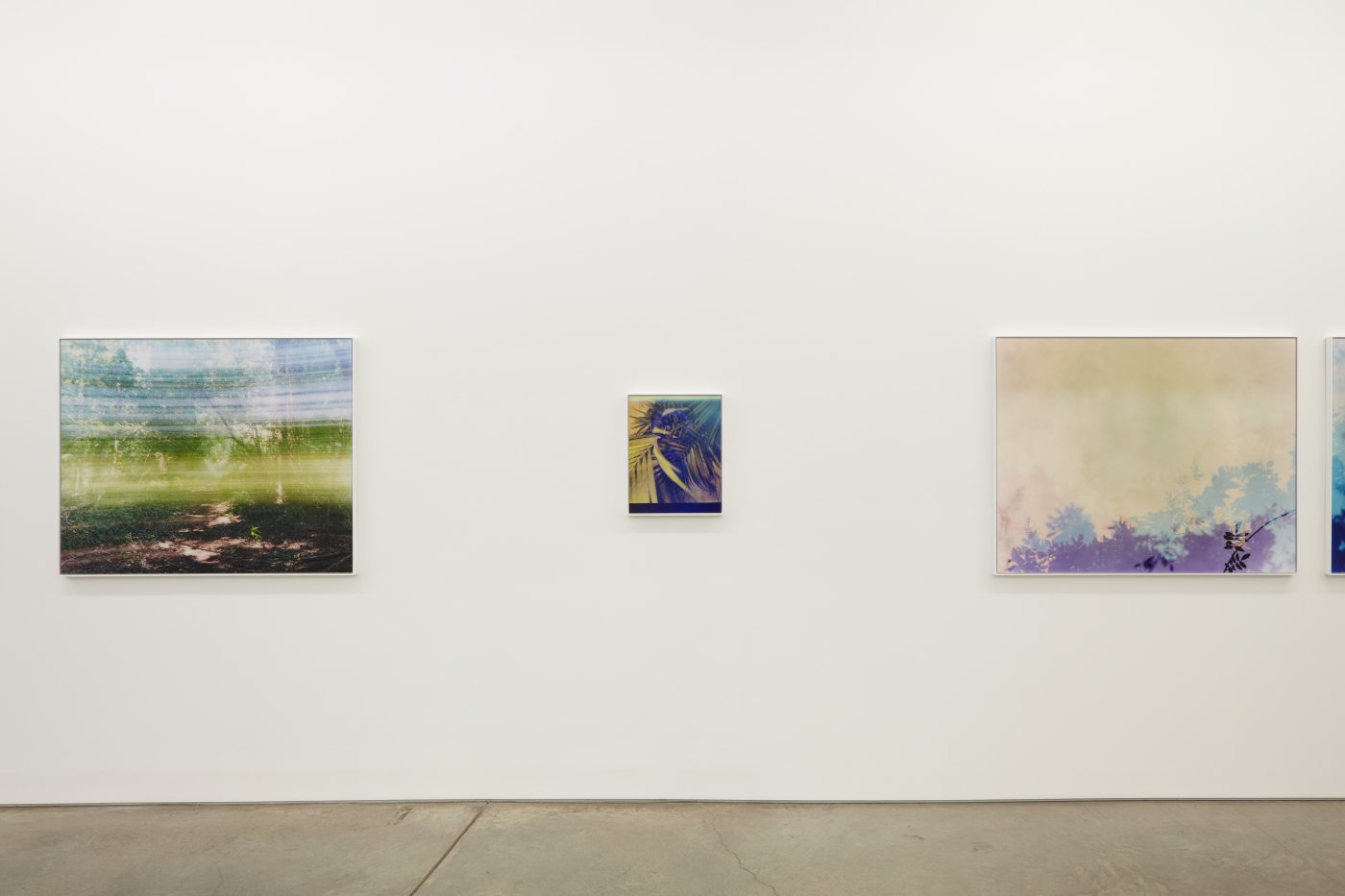 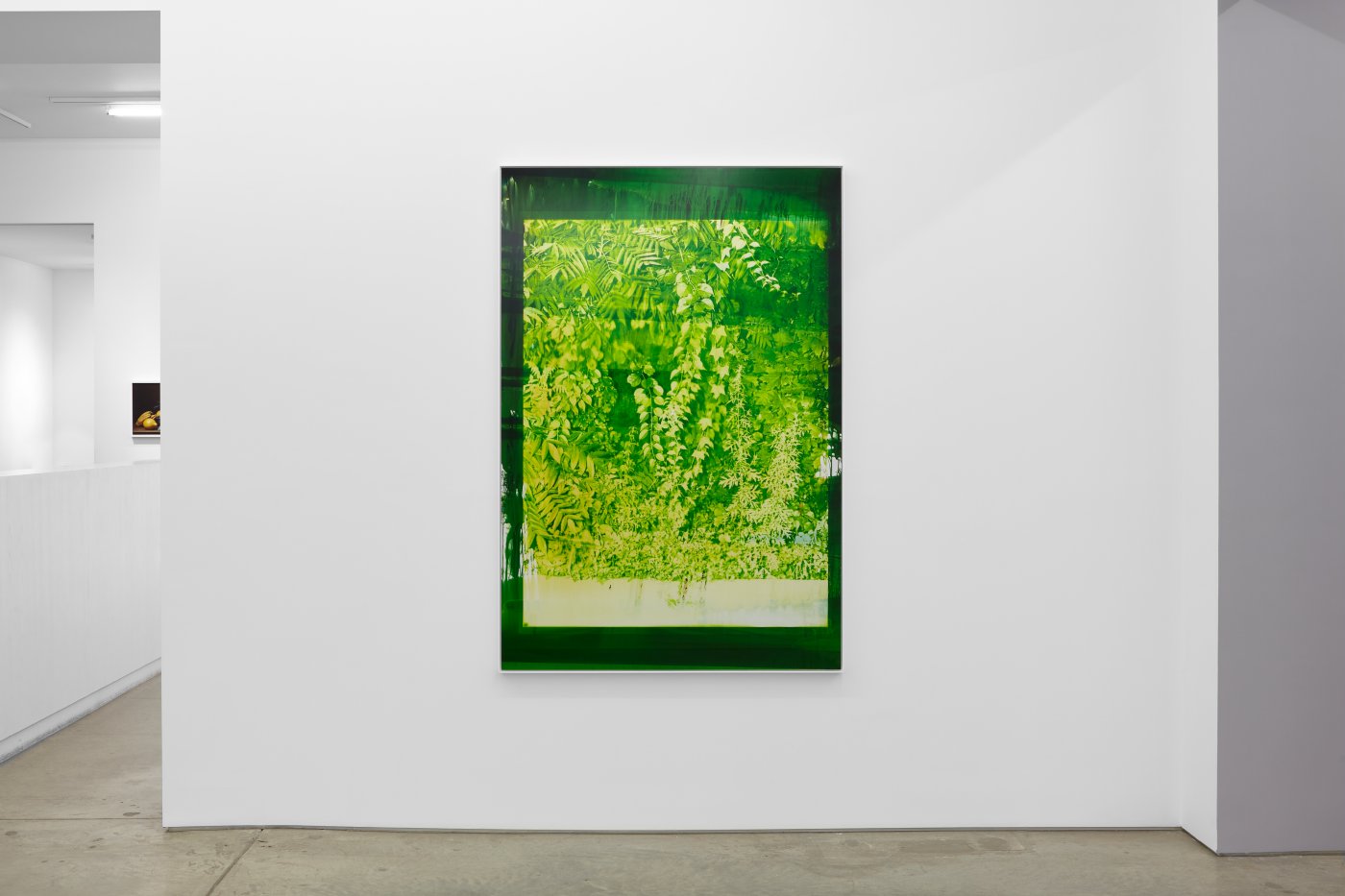 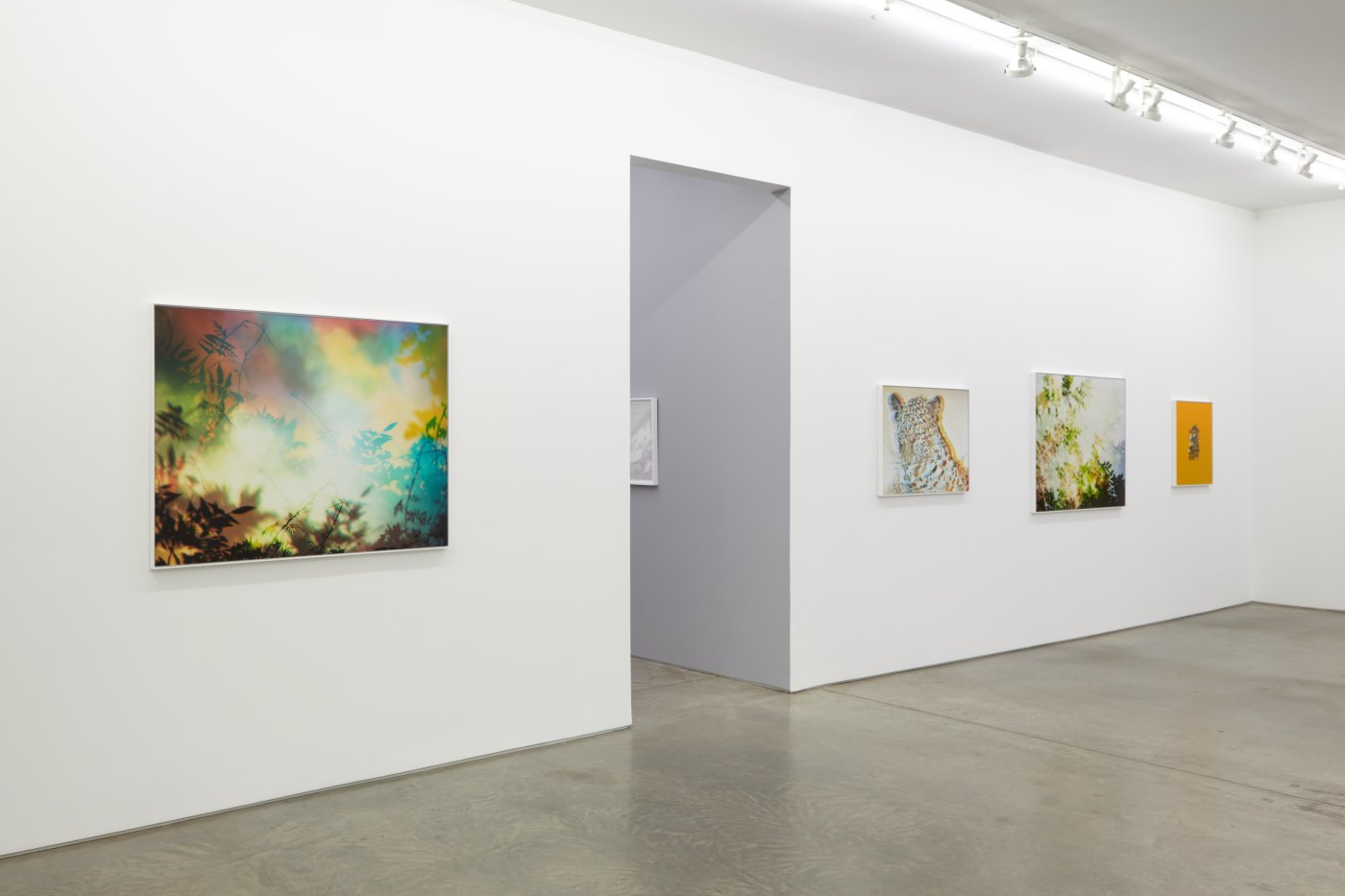 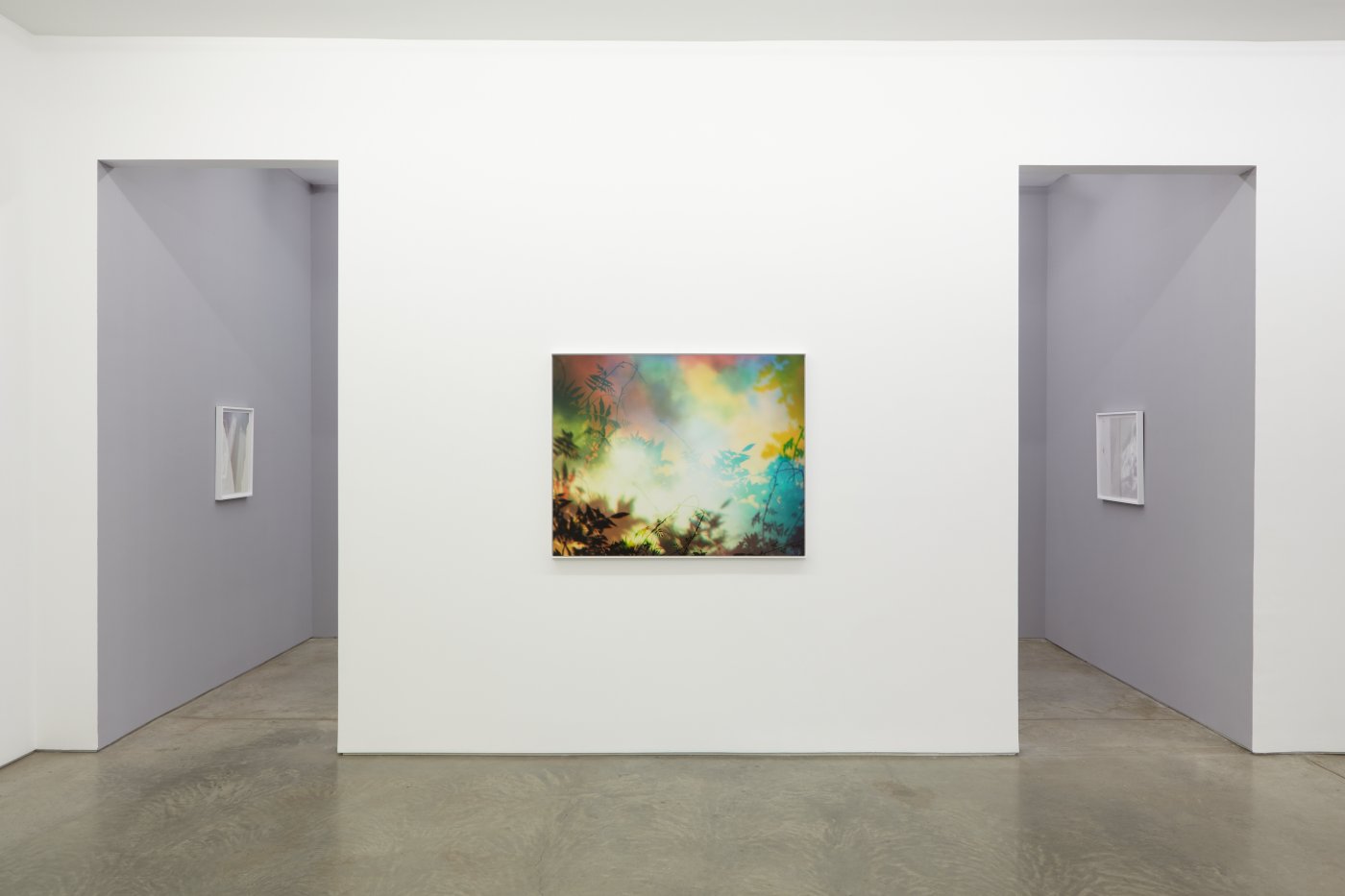 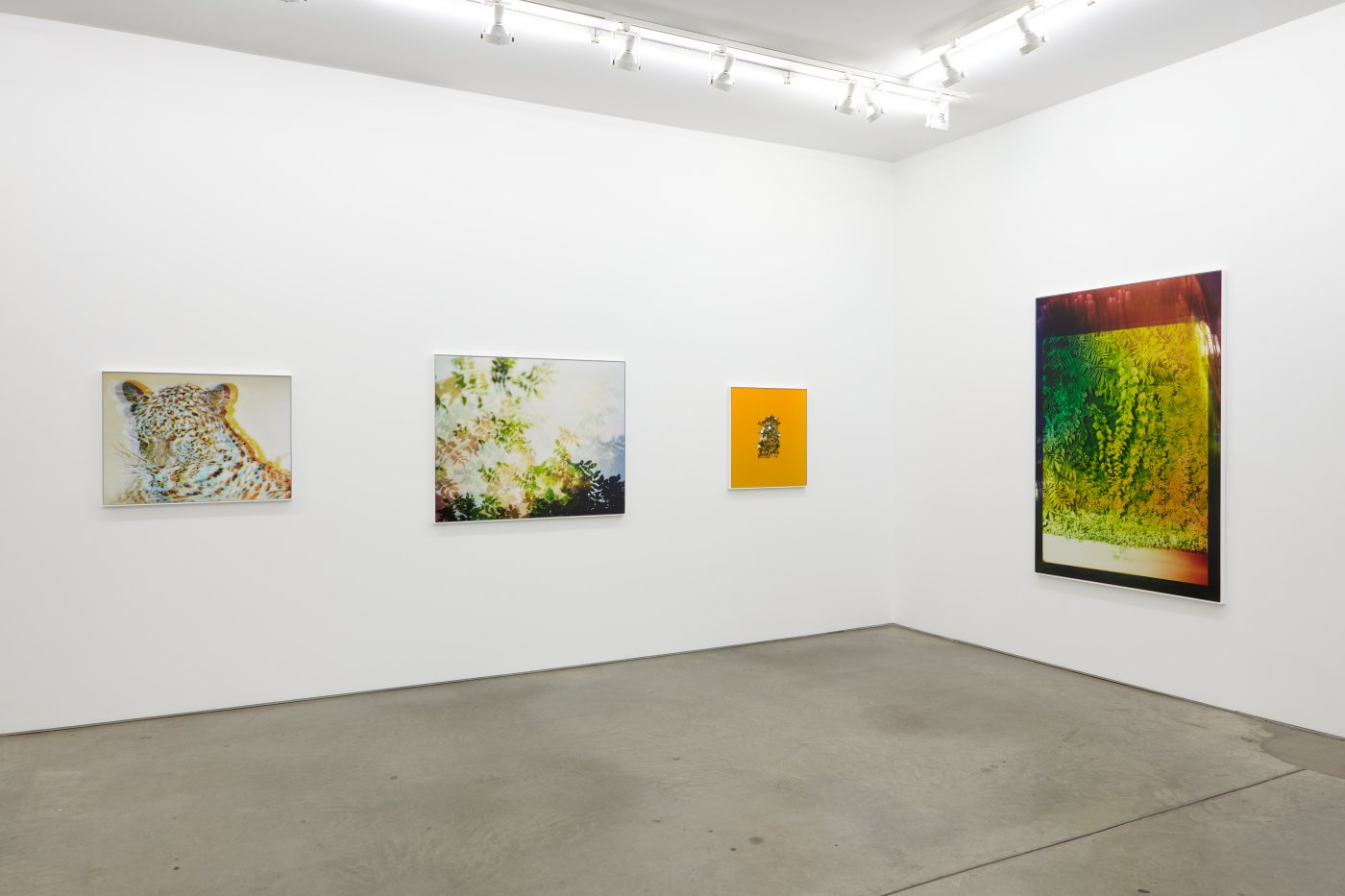 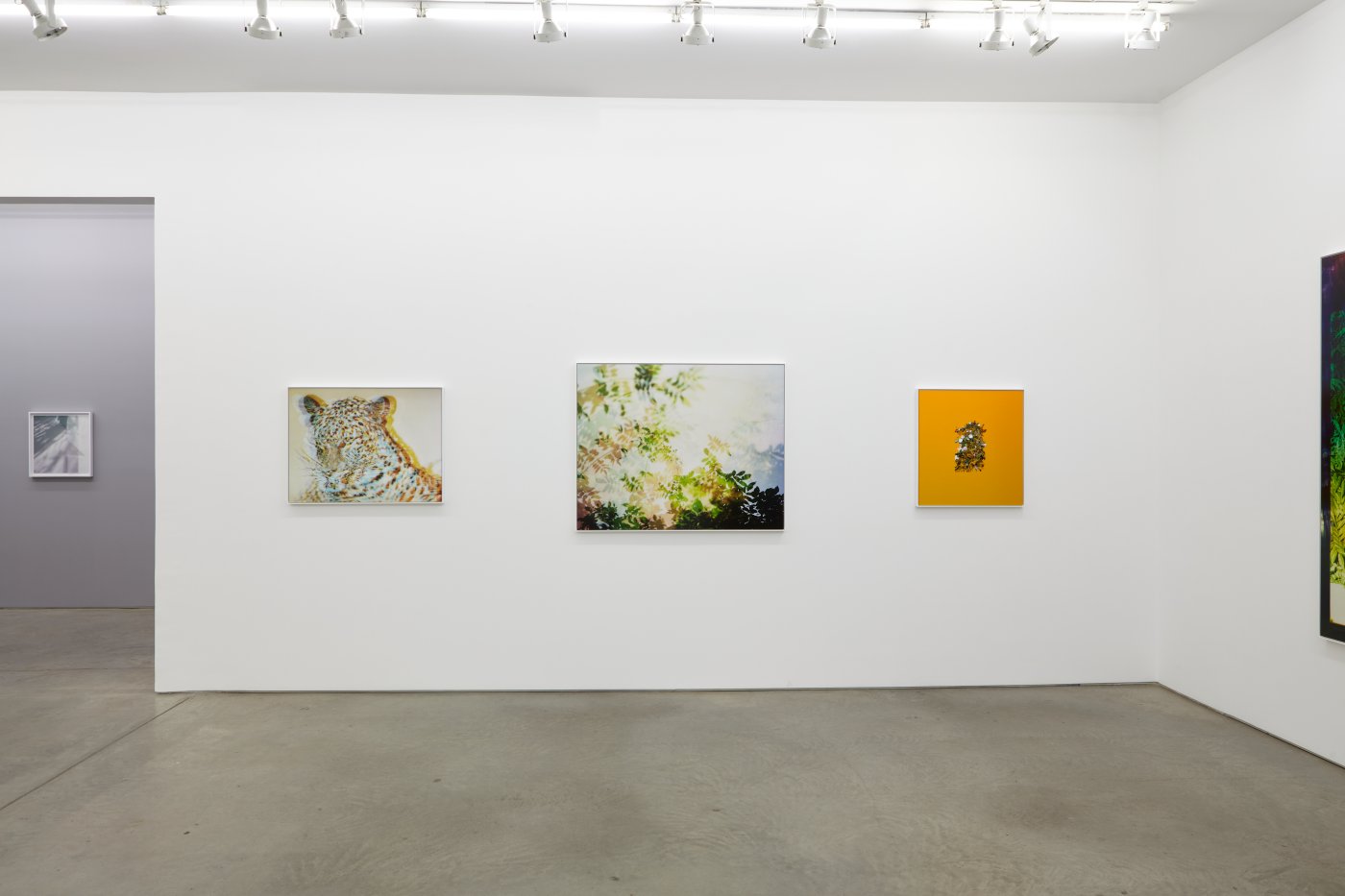 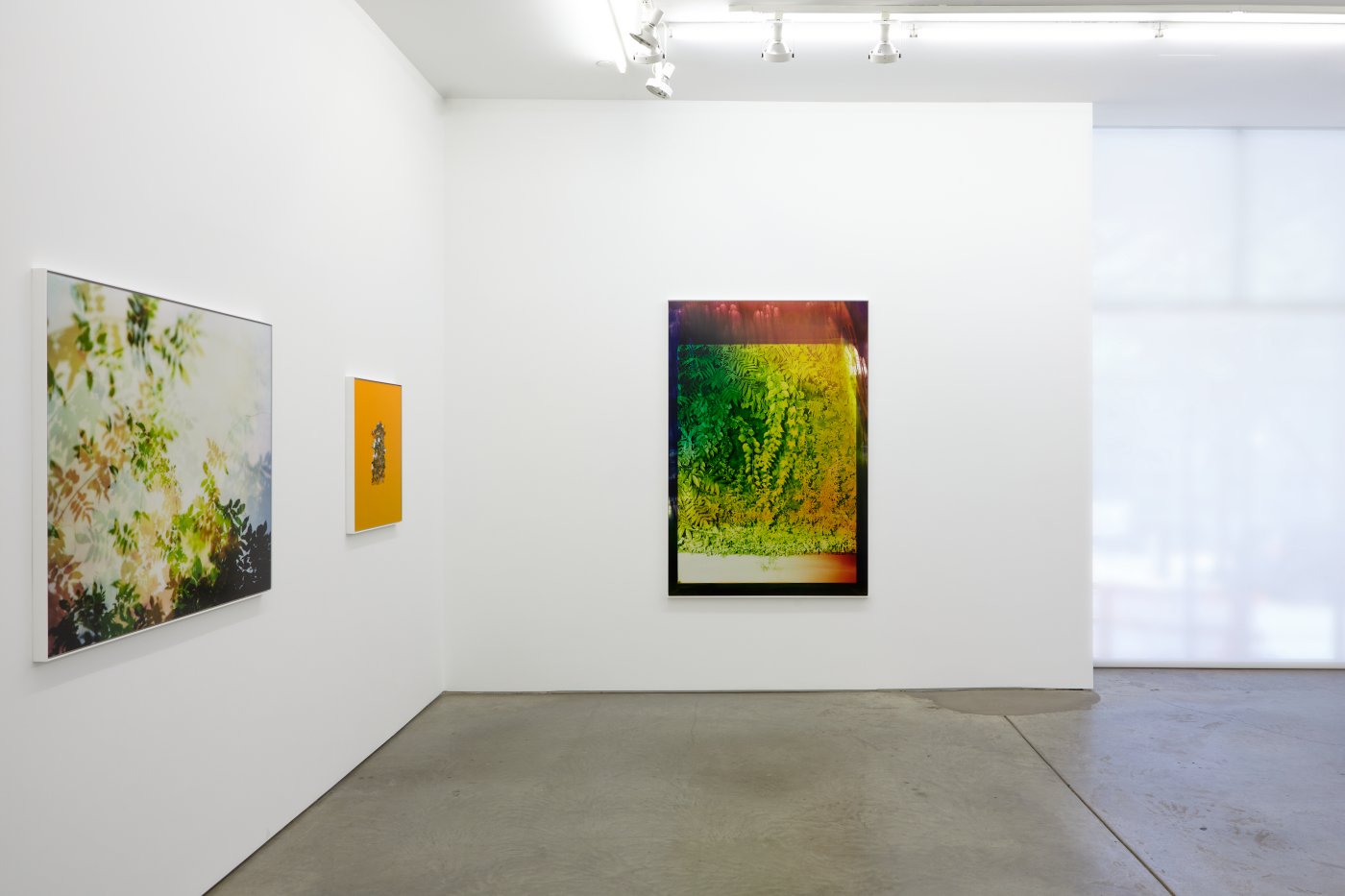 Utilizing a myriad of approaches, including multiple exposures or manipulating the film by hand during development, Graf simultaneously describes the real world while conjuring a state of mind. To create Telepathic Jungle I and II, Graf placed a 57 x 43 inch digitally printed negative onto a sheet of color darkroom paper, exposing it to a camera flash from various angles while using color gel filters to create a mixture of tones. He then developed the paper by suspending it from a clothesline and pouring developer on it. The final print, depicting the luxuriant drapery of plants that bloom across from his studio, retains clues to the physical process by which the work was made, while evoking the memories or daydreams conjured by the so-called “jungle” – a coming together of mind and body.

Four photographs from Graf’s extended Hallucination series convey a similar sense of rapture. Placing colored gels over the lens of his 4 x 5 camera, Graf made multiple exposures over the course of a summer’s day, recording the canopy of Wysteria that has grown in his family’s garden since his birth, a motif in his work since 2012.

Graf describes the Hallucination images as “the chromatic vapor of memory…these stand as testaments to the layered sensations of being engulfed in that canopy, which still feels as magical and sublime as when I was a kid.” Morning Glory Flower Tower, 2018-22 is a momento of an ongoing nonverbal exchange of plant and garden images between Graf and his father. Here Graf has distilled and amplified the image’s simplest parts, removing the flowers from their original context and placing them on an orange field pulled from the color of the sunset in the background of the original image.

“The Telepathic Jungle is a landscape of representations, experiences, and sensory perceptions that are filtered through a phenomenology of photography….Telepathy in this sense refers to the communication we have with these photographs; conjuring ideas, sensations and content in our mind and body while being in their presence.” – Bryan Graf

Born in 1982, Bryan Graf lives and works in Irondequoit, NY. He received an MFA from Yale University in 2008 and a BFA from the Art Institute of Boston in 2005. His work has been exhibited at Atlanta Contemporary, Atlanta, GA; the George Eastman Museum, Rochester, New York; Institute of Contemporary Art, Portland, Maine; and DeCordova Museum and Sculpture Park, Lincoln, Massachusetts. Graf was the 2015 recipient of the Pollock-Krasner Foundation Grant. He is the subject of several monographs: Wildlife Analysis (Conveyor Arts, 2013); Moving Across the Interior (ICA@MECA, 2014); Prismatic Tracks (Conveyor Arts, 2014); Broken Lattice (Conveyor Arts, 2015); and Debris of the Days (Conveyor Arts, 2018).