Hollybush Gardens presents head (red) hand, an exhibition of new and recent paintings by Bruno Pacheco that continue the artist’s ongoing enquiry into the painted picture. The exhibition also showcases an extensive selection of works on paper, which have been compiled into books that visitors are encouraged to browse. 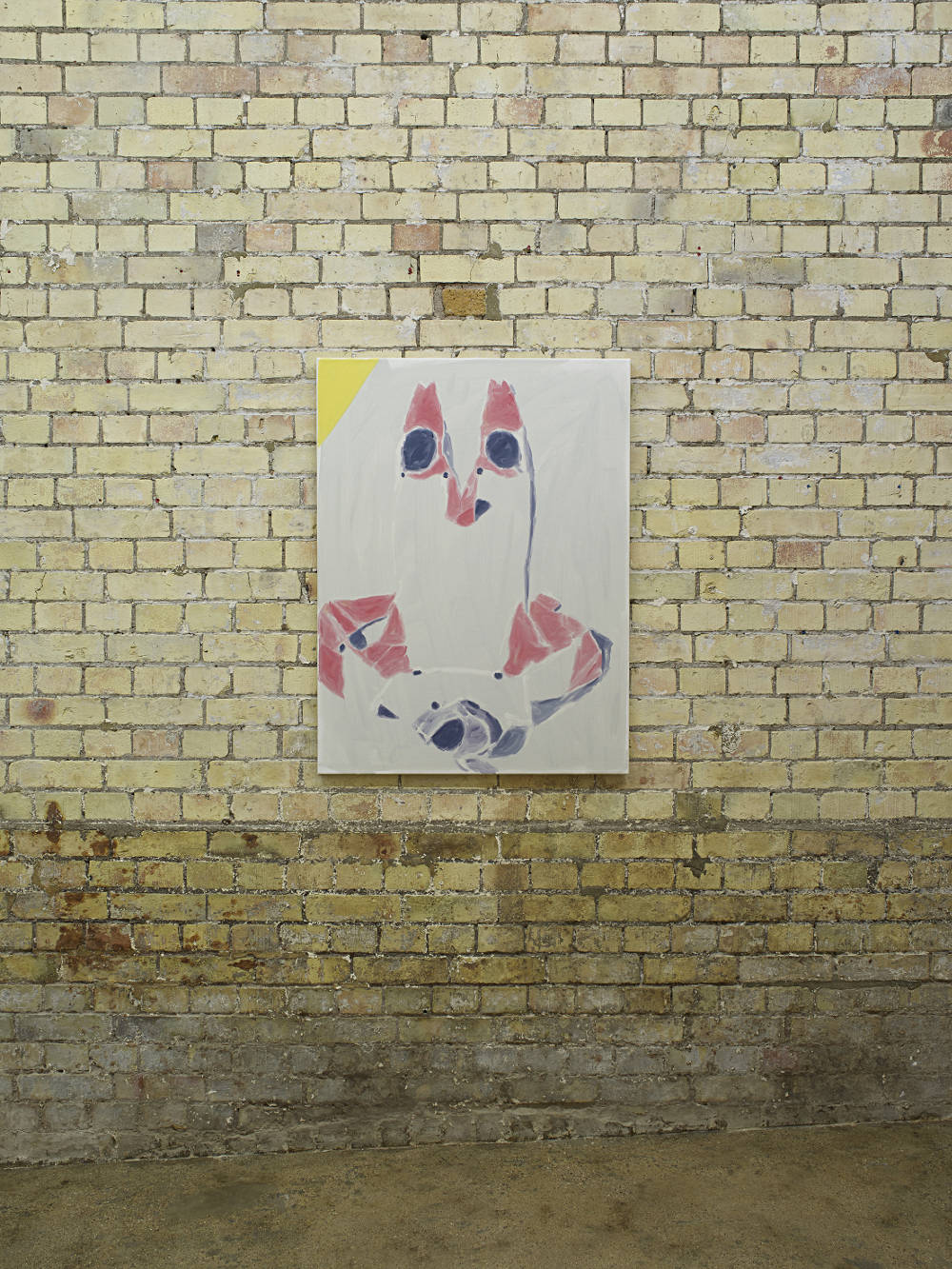 The subject matter of Pacheco’s paintings ranges from prosaic objects, such as plants and hats, to compositions of ambiguous scenarios involving a multitude of figures. Pacheco frequently derives his motifs from found images, but his practice is concerned with drawing emphasis away from their iconic content. Pacheco describes his approach to painting as a ‘neutralisation’ of the immediate graphic nature of the subject matter, a reductive act that is achieved by bringing form and ground together, and rearranging the conventional hierarchy of the elements that construct a picture.

The exhibition’s title references the engagement with the body that recurs in this group of works on canvas. In Cameo (2017) and head (red) hand (2019), the compositions present partial fragments of the body: the torso and backside of a muscular figure lacking hands; a severed hand attached to a faceless bust with a head of curly hair. In both of these works, bodily forms decidedly retain figurative status; their figural identity, however, is granted no privilege over the hue, tone, texture, shapes and other visual elements that construct the picture, a strategy that is intended to encourage open readings of the paintings. This is evident, too, in The Return (2017-18), whose imagery vaguely references a scene in which a large painting is being rehung; however, the painterly treatment of the bodies and spaces directs focus away from the precise details of the event toward the gestures and movements evoked by the scene.

When exploring new motifs, Pacheco often begins by painting on a smaller scale on paper. The selection of works on paper in this exhibition illuminates the artist’s working process in investigating and expanding on a visual motif or composition. Pacheco has organised these works by theme into books, which are presented in this exhibition on specially designed tables. In contrast to work hung on a wall, the book format of the presentation offers a fundamentally different experience of viewing painting; for Pacheco, in navigating through pages contained between covers, a more intimate viewing encounter is made possible.