Halsey McKay presents a two-person exhibition of works on paper by Bruce Conner and Adam Helms inspired by the Rorschach ink blot test. 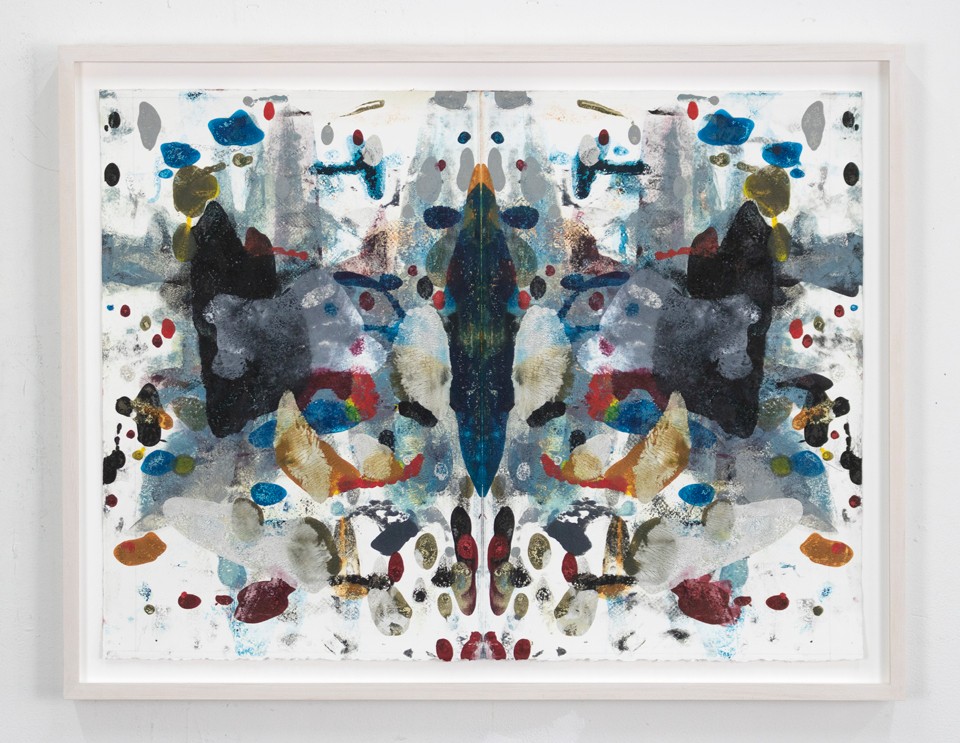 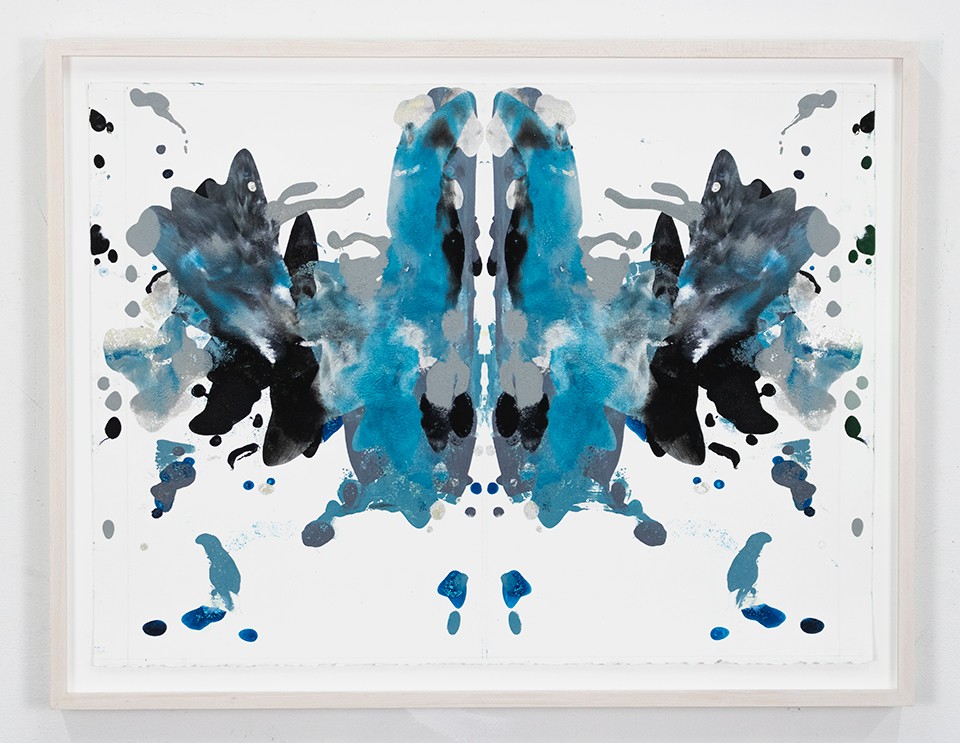 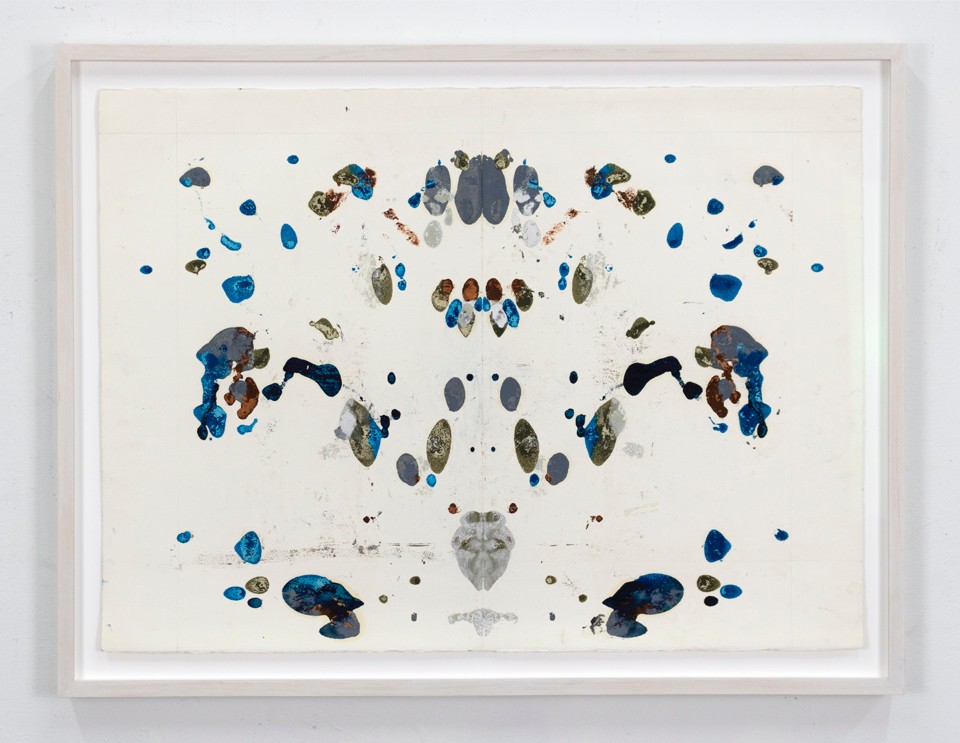 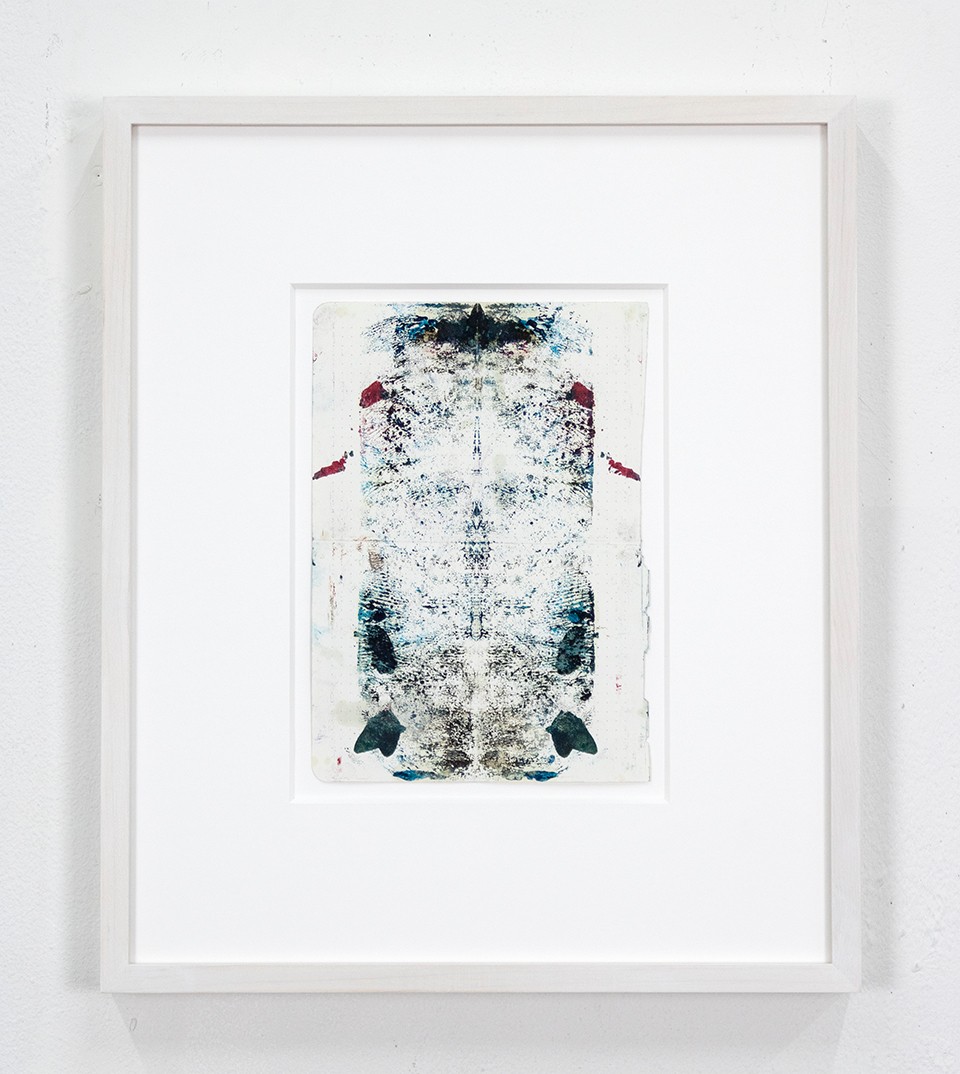 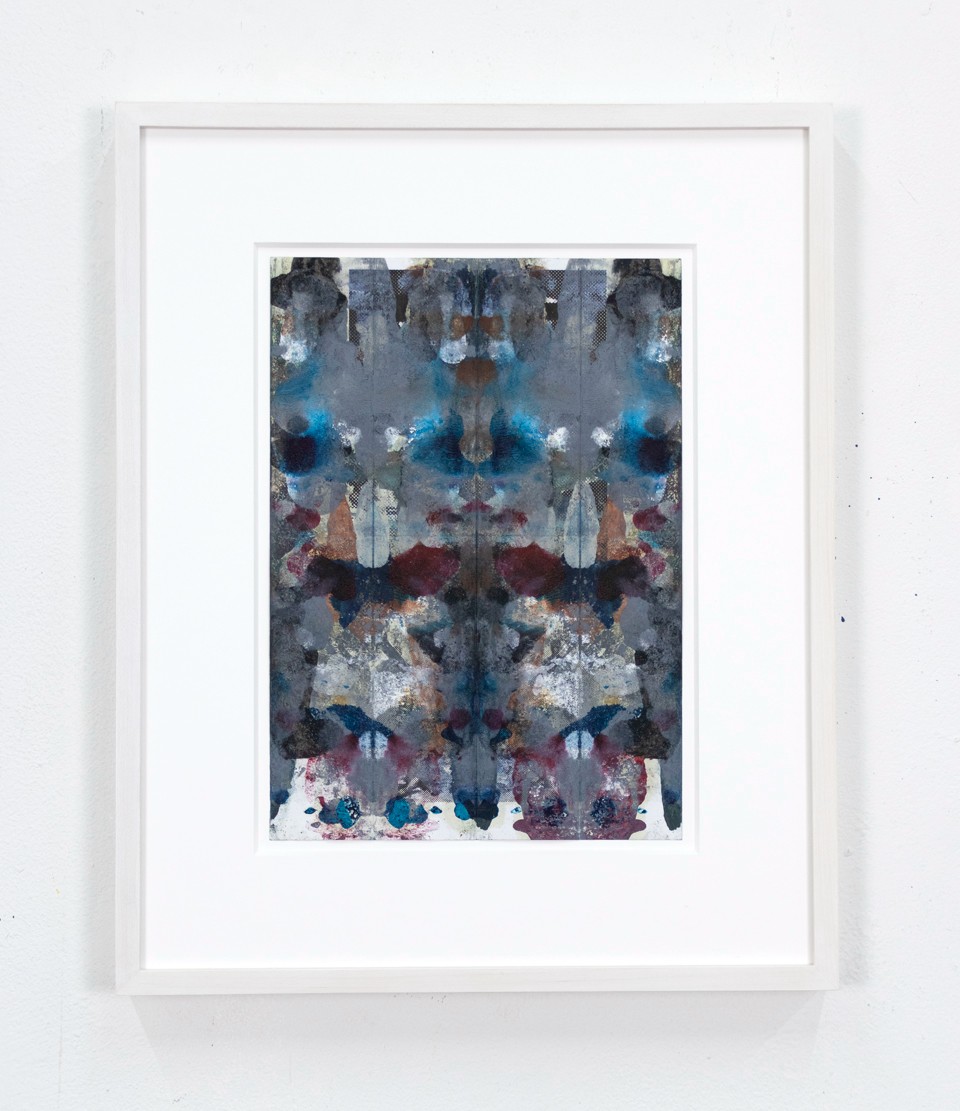 Adam Helms
The Daily Practice of Painting (Redacted Rorschach no.12), 2021 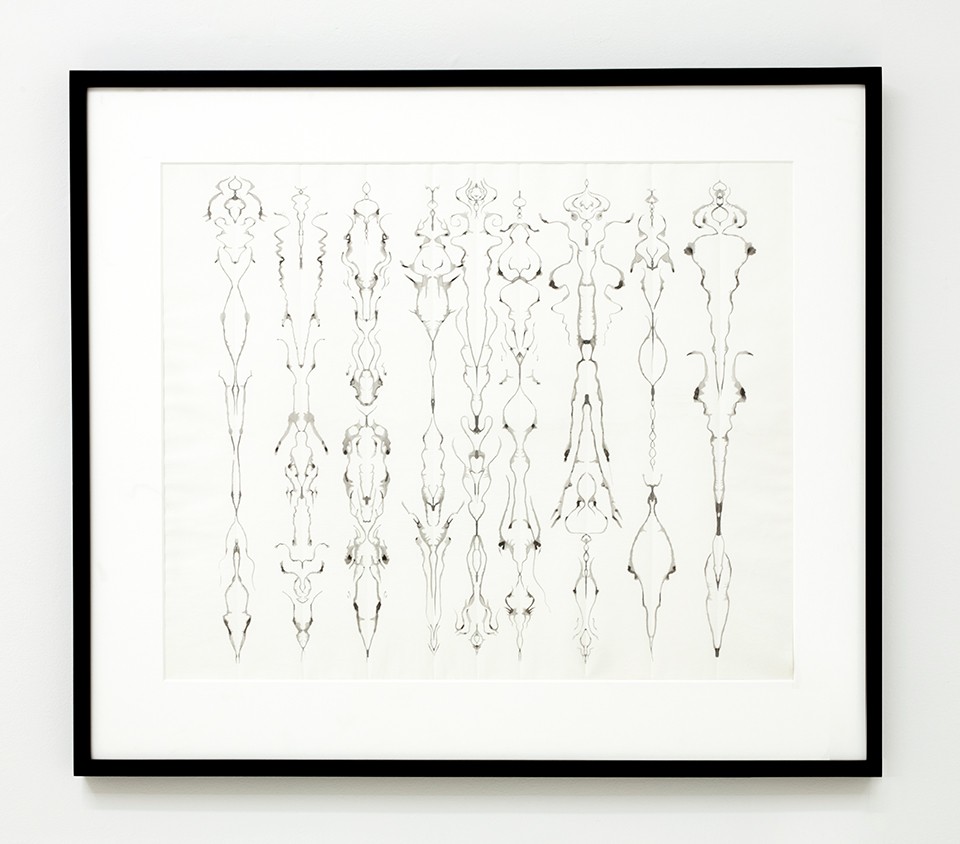 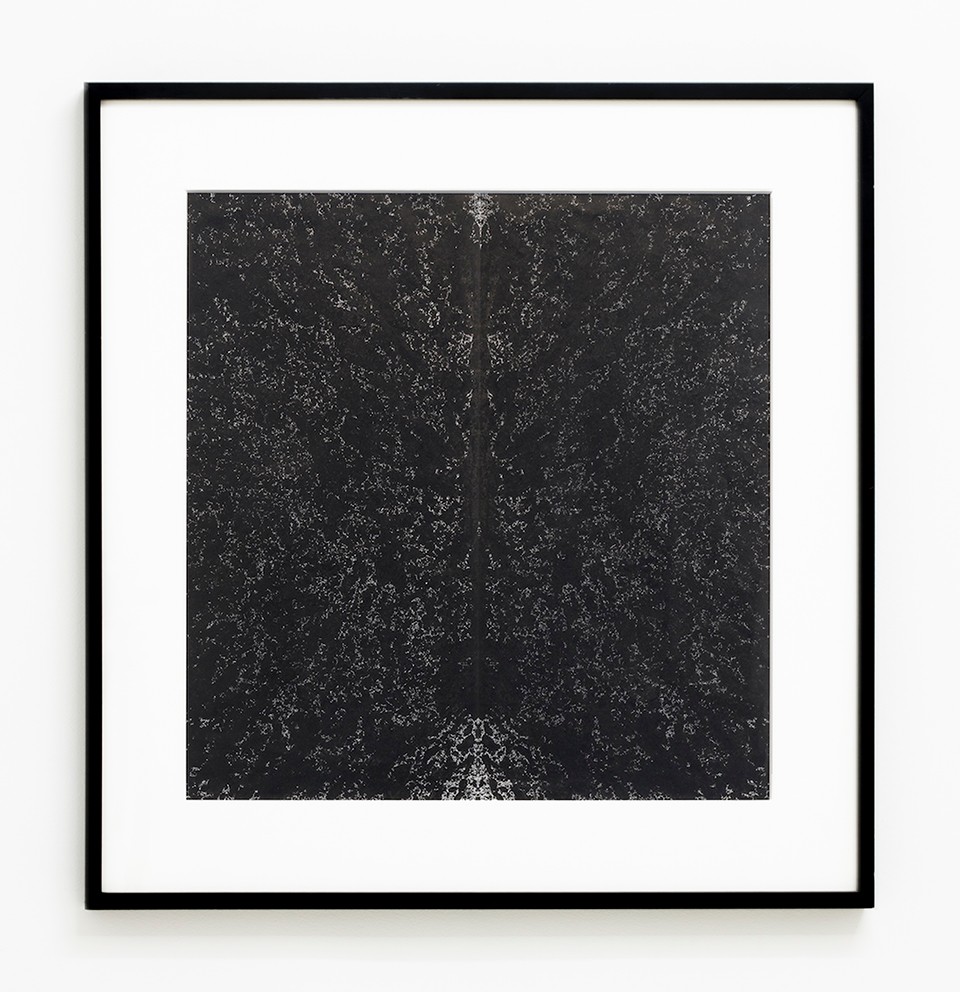 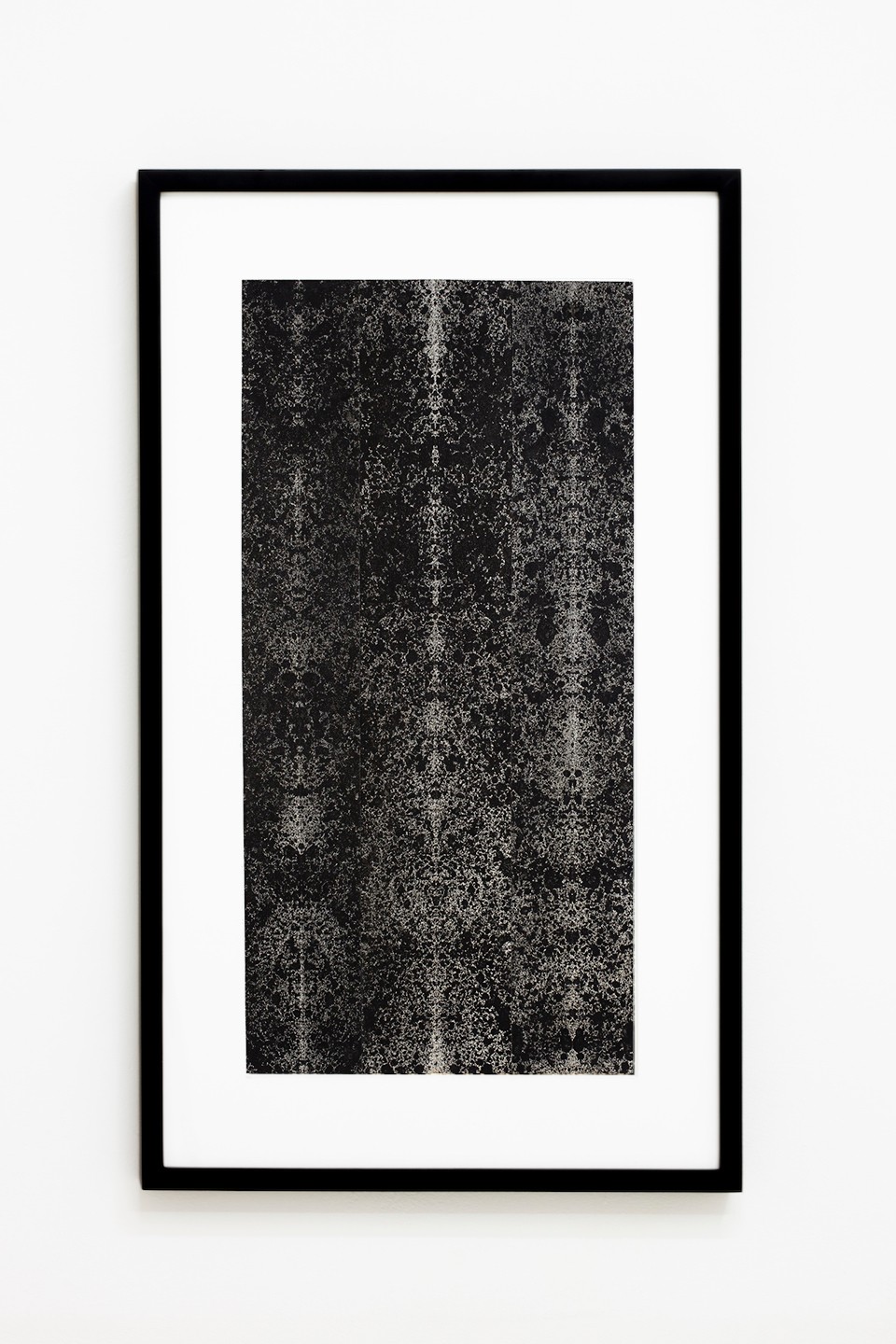 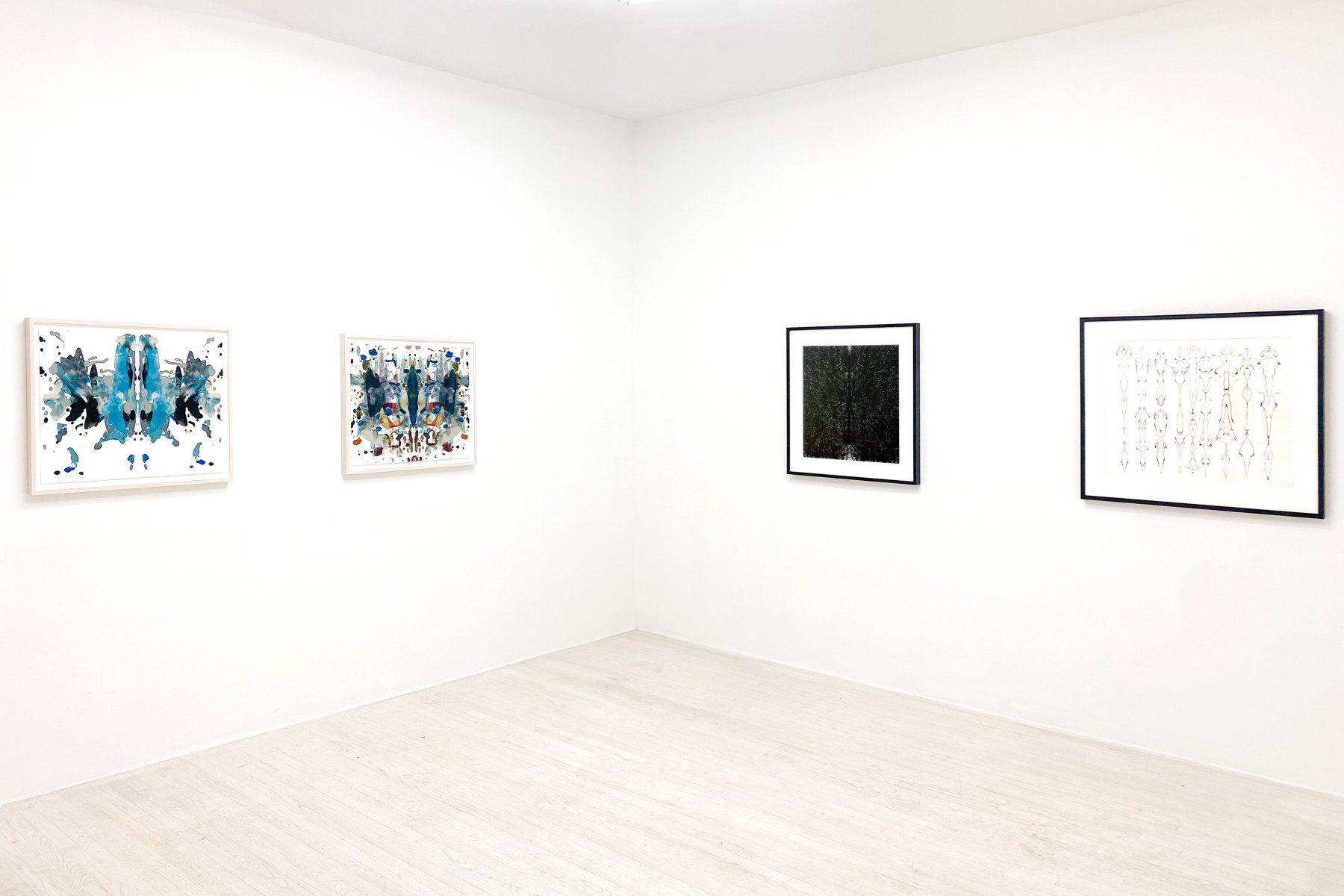 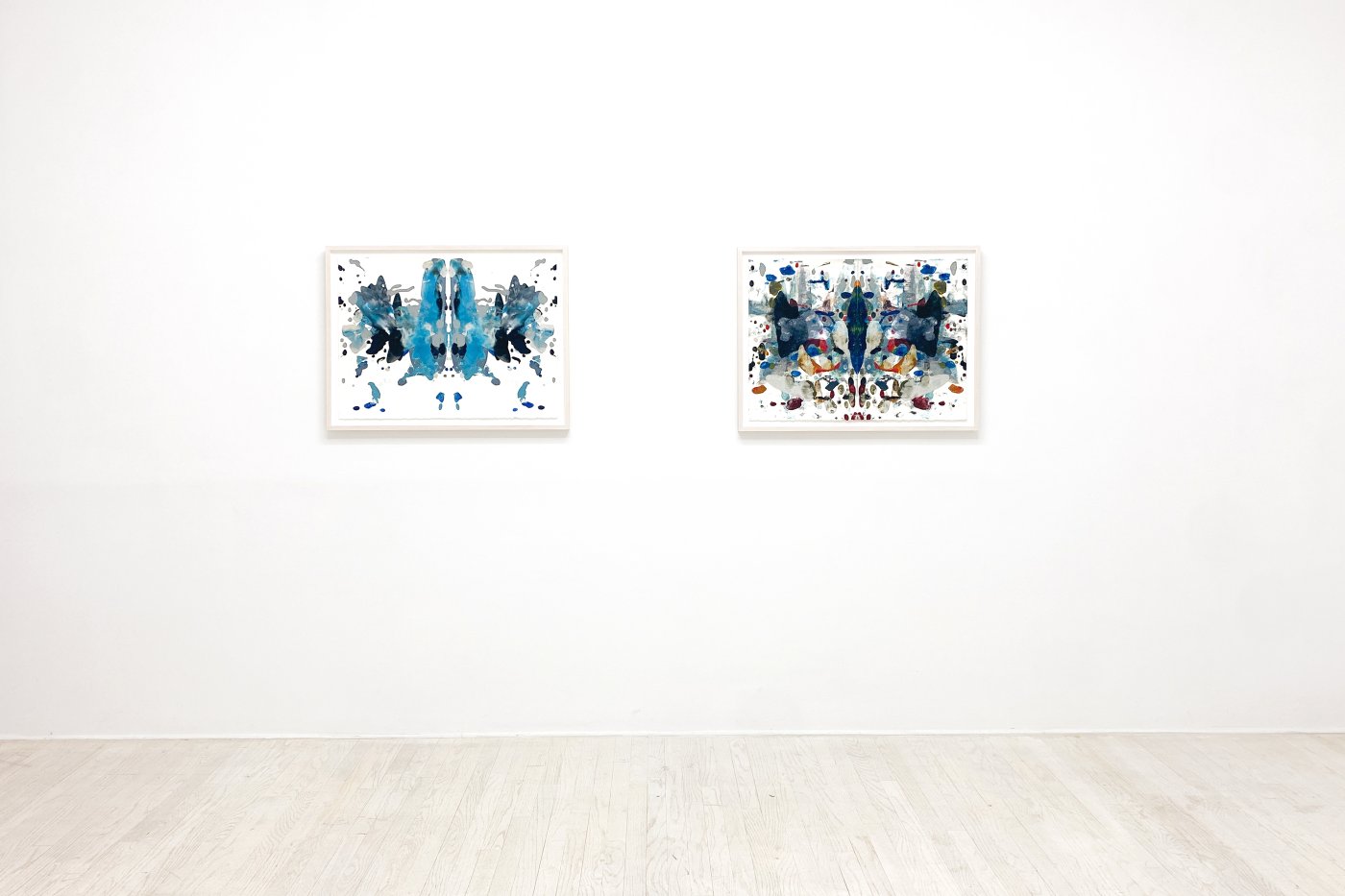 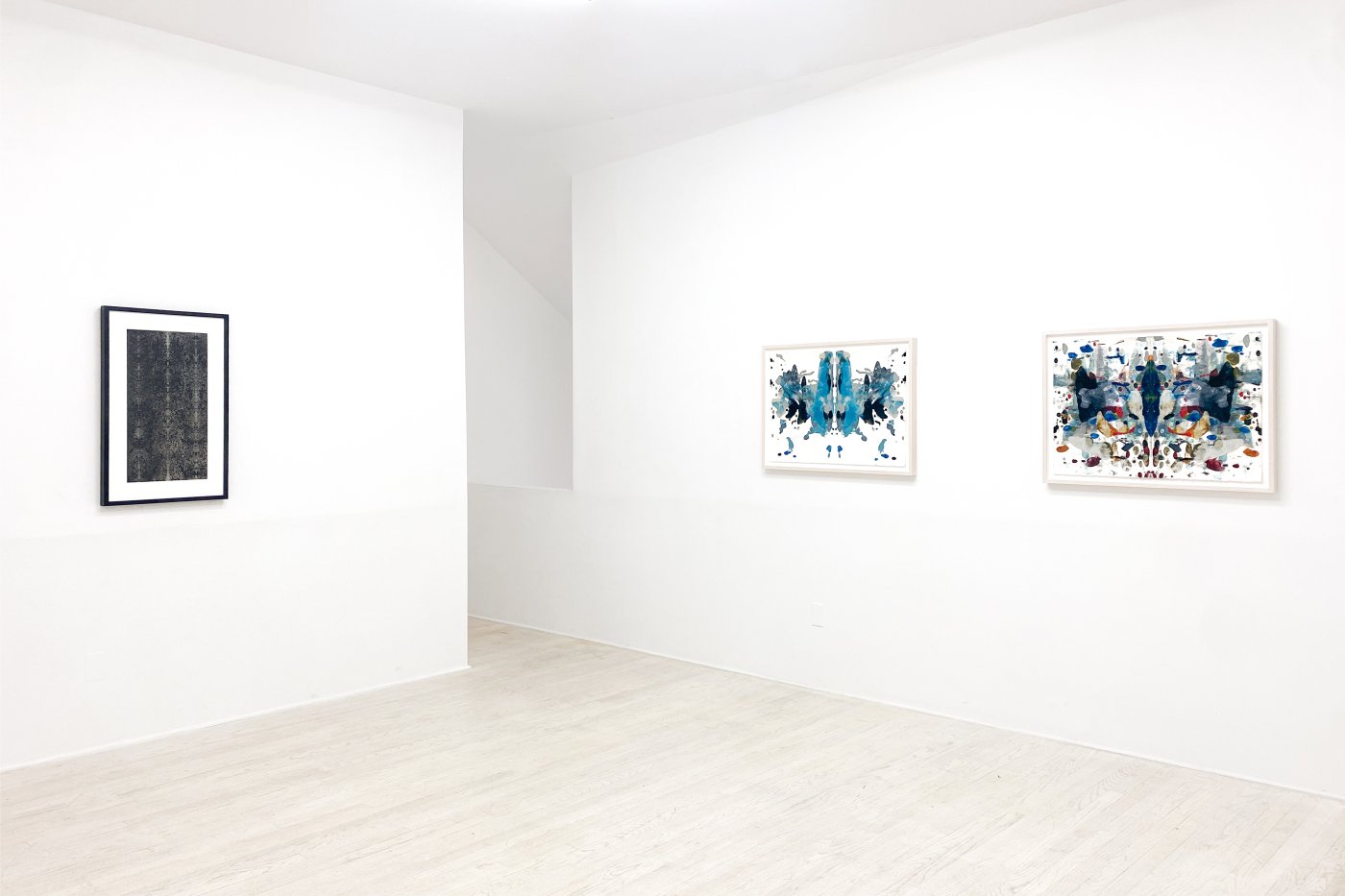 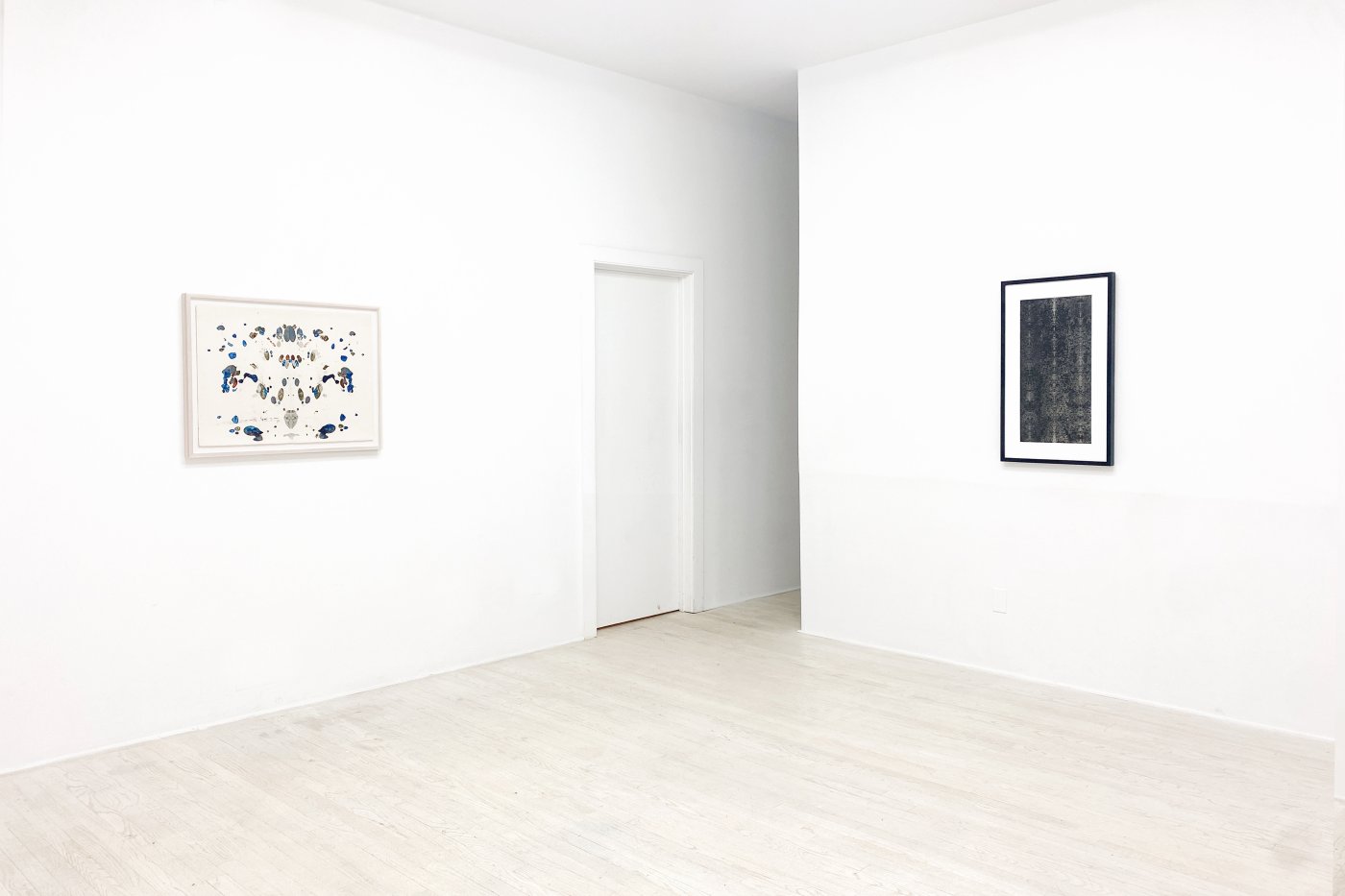 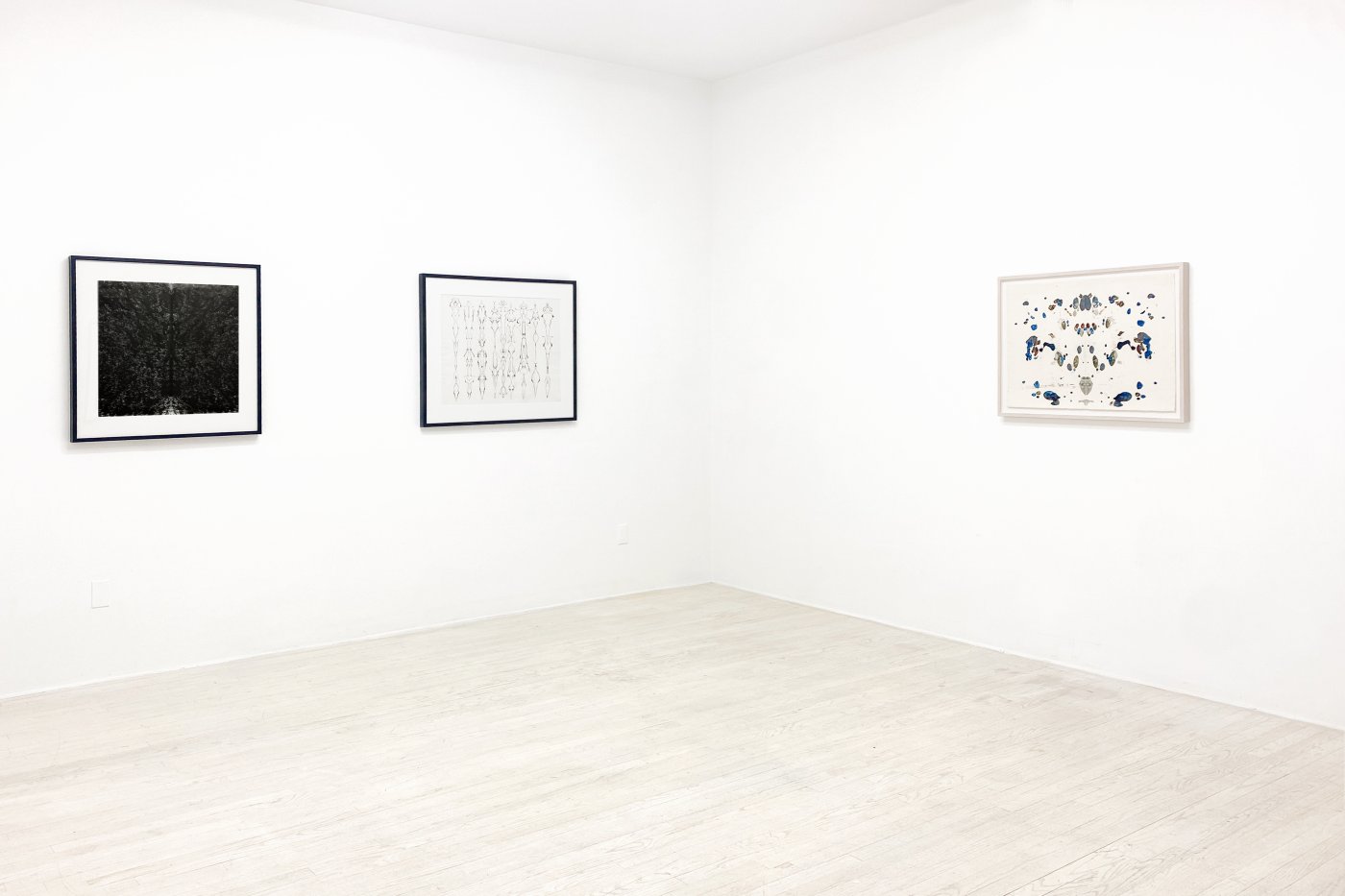 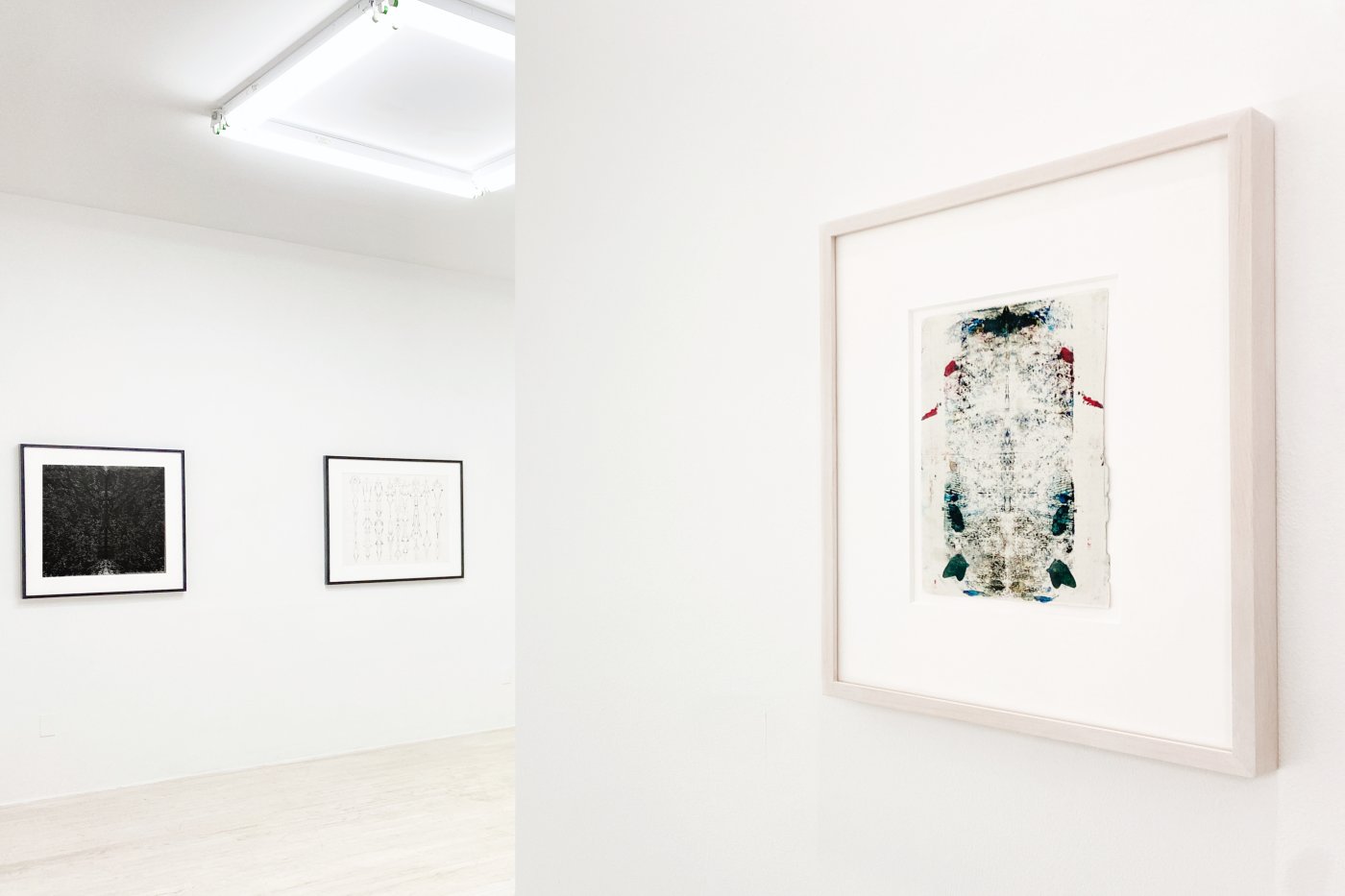 This exhibition is a physical extension of The Interpretation of Arbitrary Forms, a conversation between Adam Helms and Alexander Provan, published in the online project How to Be Anxious. While the works don’t depict any of the actual Rorschach patterns, they make use of the procedure. You can see creases on the surface of the works: artifacts of precisely folding the paper in a particular pattern, but in service of abstraction. Each drop of ink and or, area of paint is meticulously applied, each pattern is perfectly rendered, but the overall image is also determined in part by chance operations, moments where control is deliberately ceded.

Adam Helms became interested in the Rorschach imagery after seeing these intricate Bruce Conner drawings in the catalog for his retrospective at the Walker in 1999, and, later, in person at his exhibition at MoMA in 2016. While aware of Rorschach patterns before, seeing Conner’s work made him understand them differently—as an artist. Throughout his career Bruce Conner worked with pen, ink, and paper to create drawings ranging from psychedelic patterns to repetitious inkblot compositions. Beyond the Rorschach, these formal explorations conjure Japanese calligraphy, Egyptian hieroglyphs, and the intricate patterning Conner saw everywhere in the world around him

During the first pandemic lockdown, after a day of painting in the studio, Adam Helms began to make use of the leftover paint and pages from Moleskine notebooks—and tap sections of the paper on the pallet, then fold them and press them together. For many of the works, he’d trade notebook pages for reference material related to the paintings that he was making, images printed on A4 paper. Photographs of military funerals in which the dead—or the figures in attendance—were redacted. These iconic-like images, loaded as representations of the American military misadventures in, Iraq, Syria and Afghanistan, turn the individuals in the photos into symbols, dehumanizing them to the extent that they become graphical and symbolic elements of the compositions. The redactions over the faces, meant to protect the identities of the soldiers, appear as Rorschach-esque masks, replacing the identity of each individual with artifacts of a symbology.

Bruce Conner (1933-2008) is considered among the foremost artists of the postwar era. Coming of age during the Sixties, Conner was at the forefront of a Cultural Revolution set against the stark backdrop of the Vietnam War, the Cold War, and the Summer of Love. In the face of an increasingly unpopular war and the prevailing Conservative Capitalist Culture, Conner and his peers sought an alternative lifestyle and value system that has much to say to us today.

Adam Helms (born 1974); is a contemporary artist who lives and works in Berlin, Germany and Tucson, Arizona. His work encompasses drawing, printmaking, sculpture, assemblage, and archival research, often having to do with the iconography of marginalized social and political groups and the American frontier. Helms’s work has been exhibited at the New Museum of Contemporary Art (New York), MoMA PS1 (New York), the Solomon R. Guggenheim Museum (New York), Walker Art Center (Minneapolis), and the Museum of Contemporary Art Denver (Denver).

Courtesy of the artists and Halsey McKay Gallery